After a high scoring Championship campaign, we turn our attention to the seven players nominated for an All-Stars Award in the Half-Forward line.

Aoife Donohue (Galway)
It is a fifth All-Stars nomination for the recently crowned All-Ireland Champion who lit up this year’s Championship with excellent performances for her county. The Mullagh star, who is a three-time All-Stars Award winner, scored a point in the decider, but her overall performances throughout the Championship were outstanding and she is the third player nominated for the Camogie Association/GPA Senior Players’ Player of the Year award. 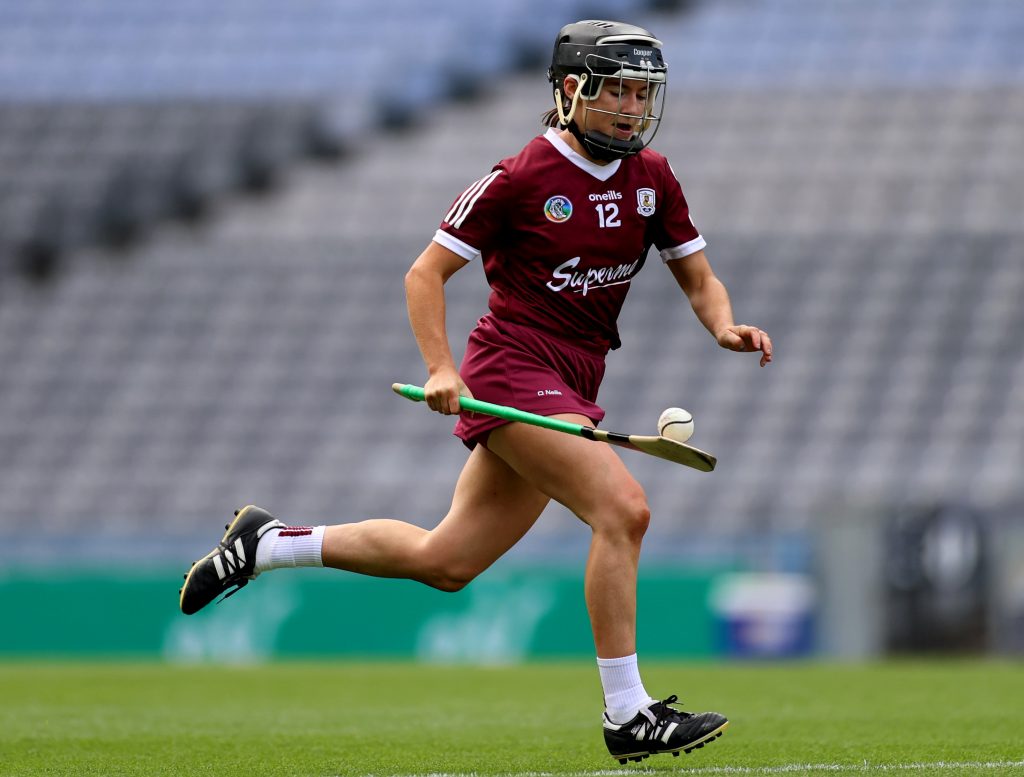 Denise Gaule (Kilkenny)
It is a sixth All-Stars nomination for the Kilkenny forward who was once again pivotal for the Black and Amber outfit this campaign. The Windgap attacker is one of the most feared and clinical attackers and is a leader on the big occasion, as she scored 0-7 in this year’s All-Ireland Semi-Final in Croke Park. Gaule is looking to become a five-time All-Stars Award winner. 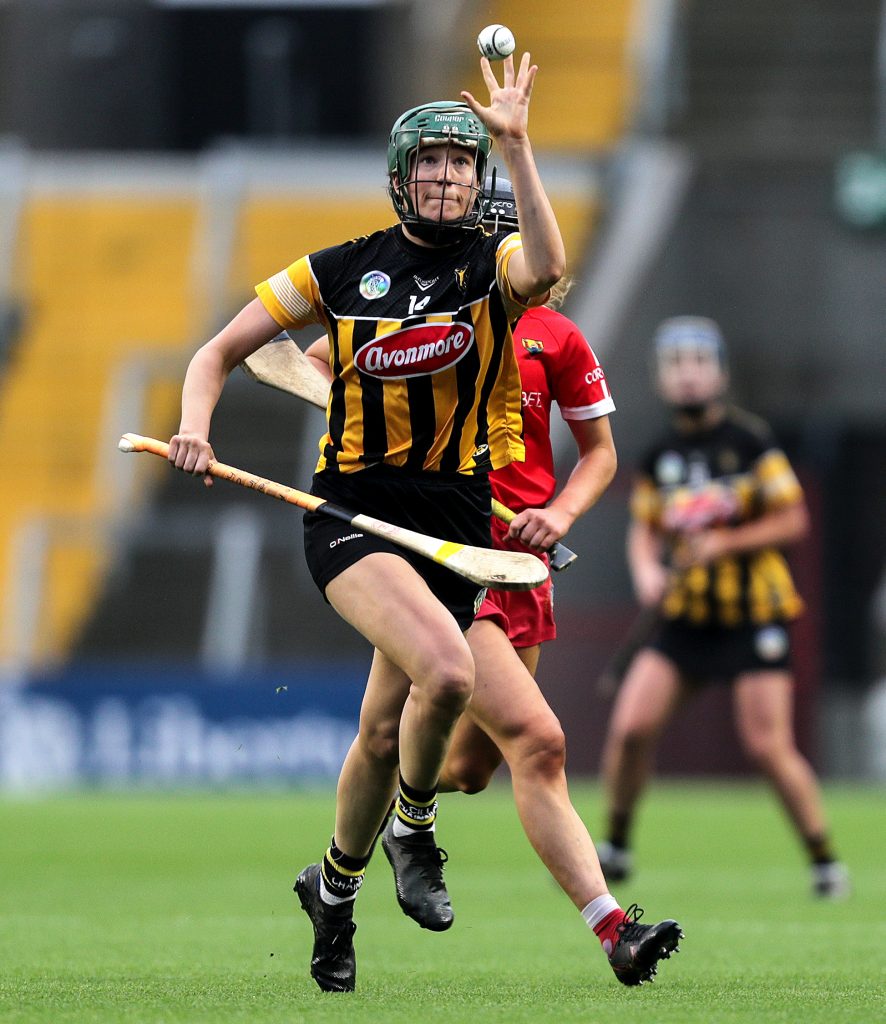 Chloe Sigerson (Cork)
The rebel forward from the Killeagh club is receiving her second All-Stars nomination this year after playing her part in guiding Cork to the All-Ireland decider. Sigerson bagged herself five points in the Semi-Final victory, and one point in the final defeat, both in Croke Park, showing her quality under pressure in front of goals. The 2018 All-Stars Award winner is looking to add her second accolade to the trophy cabinet. 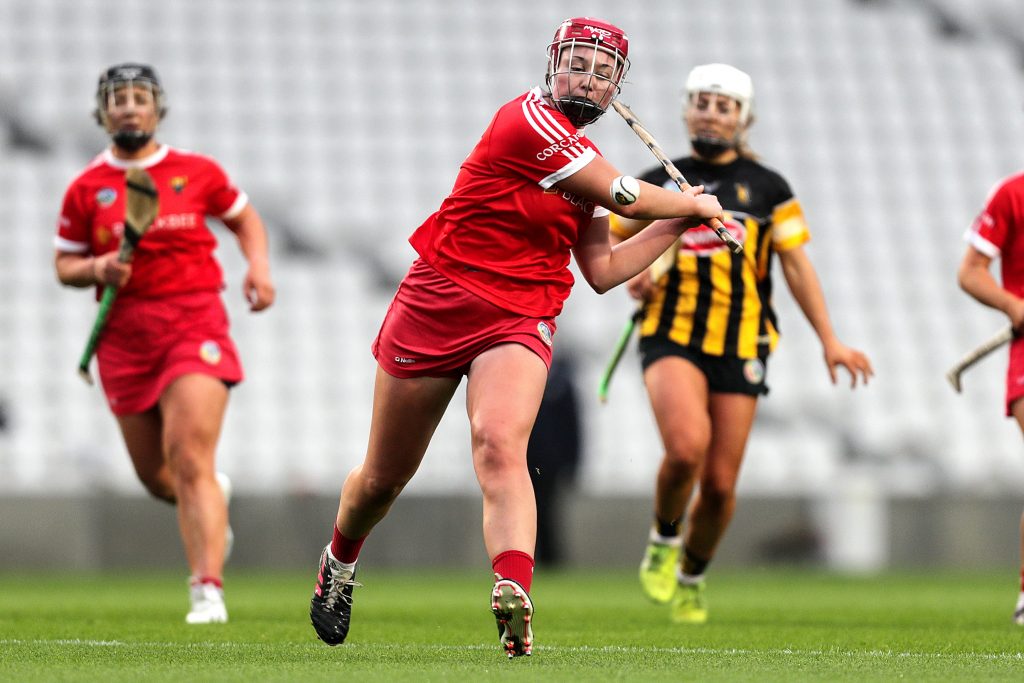 Orla O’ Dwyer (Tipperary)
Tipperary’s multi-talented star becomes a four-time All-Stars nominee after showing her class once again in the Premier County attack. Lining out at left-half forward, the Cashel King Cormacs club player gave defenders a daunting time with her pace and skill proving difficult to stop for many opposition defenders. The Tipperary attacker is looking to win her first accolade. 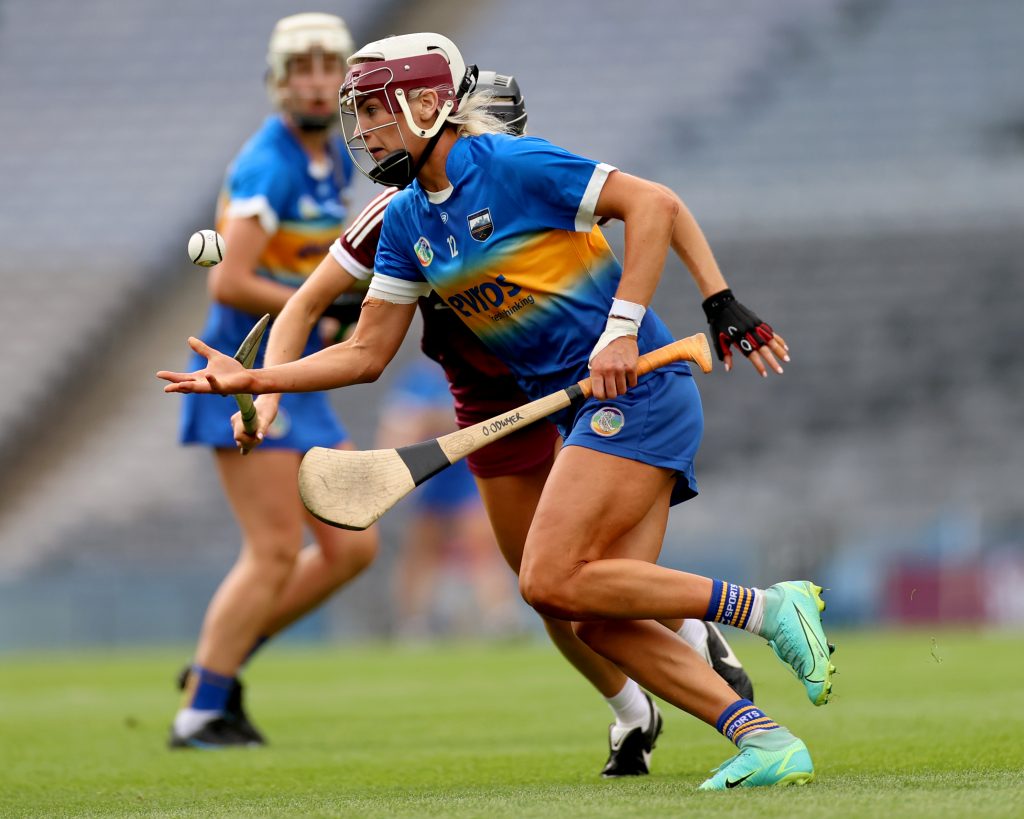 Katie Nolan (Kilkenny)
It is a first All-Stars nomination for the Kilkenny forward who is one of the most exciting young players on the intercounty scene. The St. Martins club star has taken to the senior ranks brilliantly over the past few seasons and is a real threat to opposition defences with her pace and accuracy in front of goal. Nolan is one of three Kilkenny players nominated in the Half-Forward line. 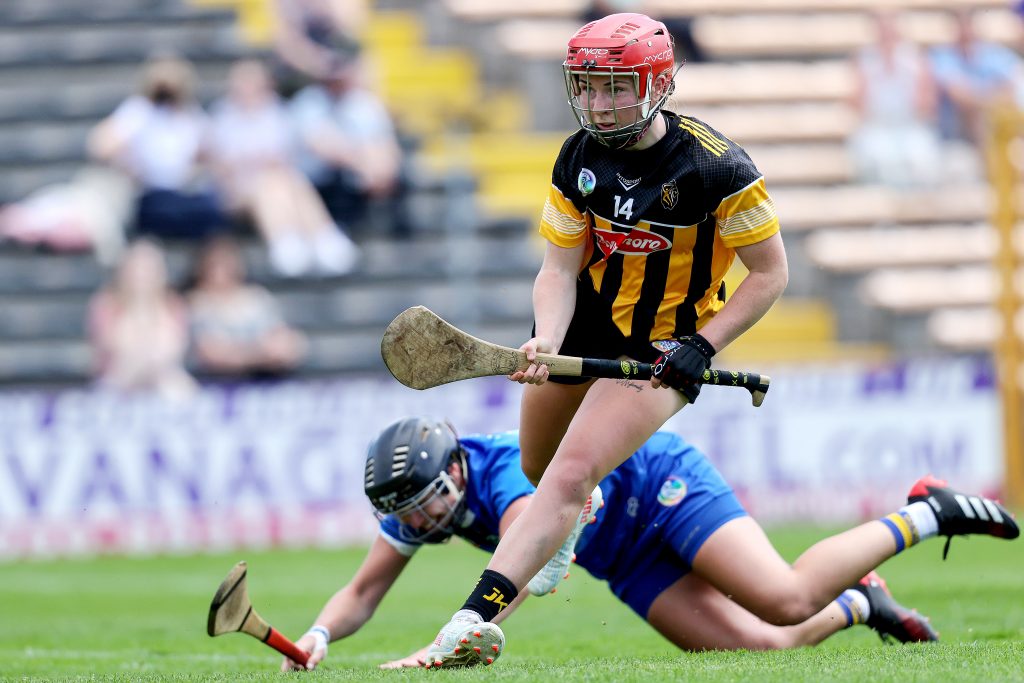 Mary O’ Connell (Kilkenny)
Kilkenny’s centre-half forward was in excellent attacking form throughout the championship and as a result she is receiving her first All-Stars Award nomination. The Clara native scored Kilkenny’s goal in Croke Park in the Semi-Final stages as her side were narrowly edged out at the penultimate hurdle. Her running and work ethic off the ball contributed massively to her side as is worthy of receiving her maiden nomination. 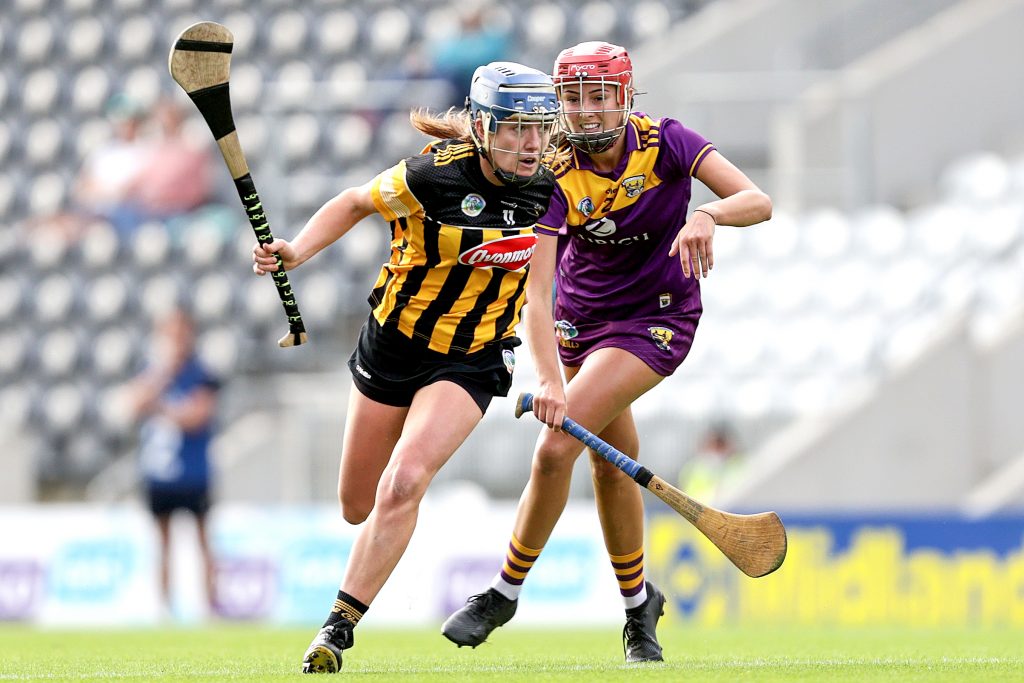 Róisín Howard (Tipperary)
The Tipperary forward is receiving her first All-Stars nomination after showing her individual quality on a consistent basis throughout this year’s Championship campaign. The Cahir dual star worked tirelessly for her team and can play in any position in attack, such is her versatility. Howard is looking to win her first award. 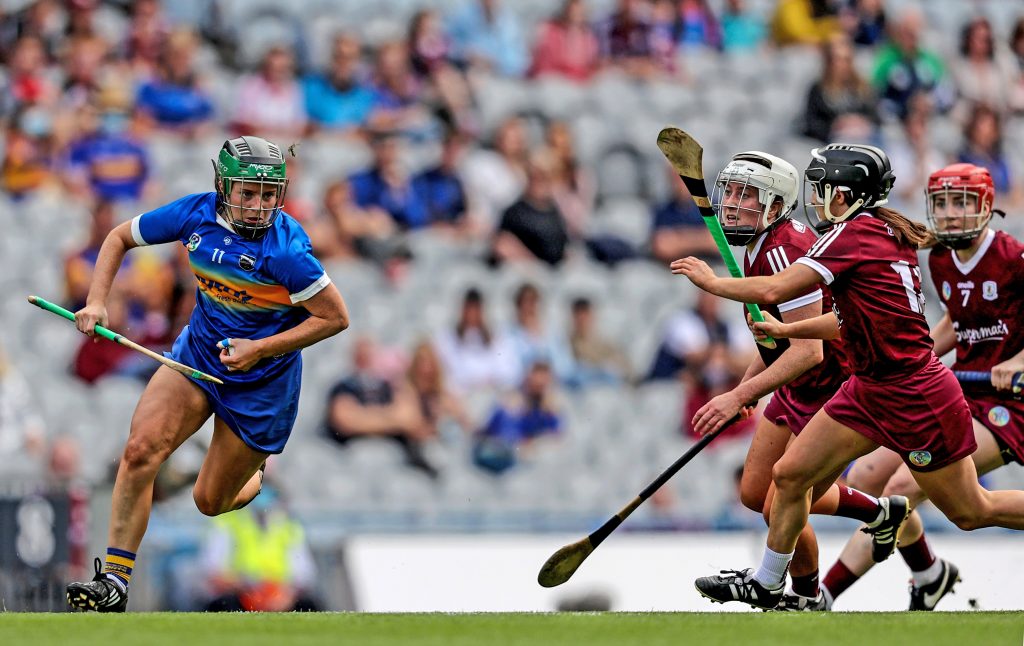 The 2021 Camogie Association All-Stars team will be announced at a gala banquet at the Osprey Hotel in Naas, Co. Kildare on Friday November 26th, where the 2021 Soaring Stars team and Camogie Association/GPA Players’ Player of the Year Awards will also be announced. Galway Manager Cathal Murray will also be presented with the 2021 Manager of the Year award.