Latest
29 clubs from Ulster attended the Camán to Ulster day in the Tyrone Centre of Excellence in Garvaghy on Saturday April 23rd.
The participation blitz for under 12’s gives the chance to clubs to play teams from other clubs in a fun environment.
Pictured above Derrytresk, Tyrone who attended on the day. Teams pictures from day can be seen on: https://www.facebook.com/OfficialCamogieAssociation/posts/10153768488966492 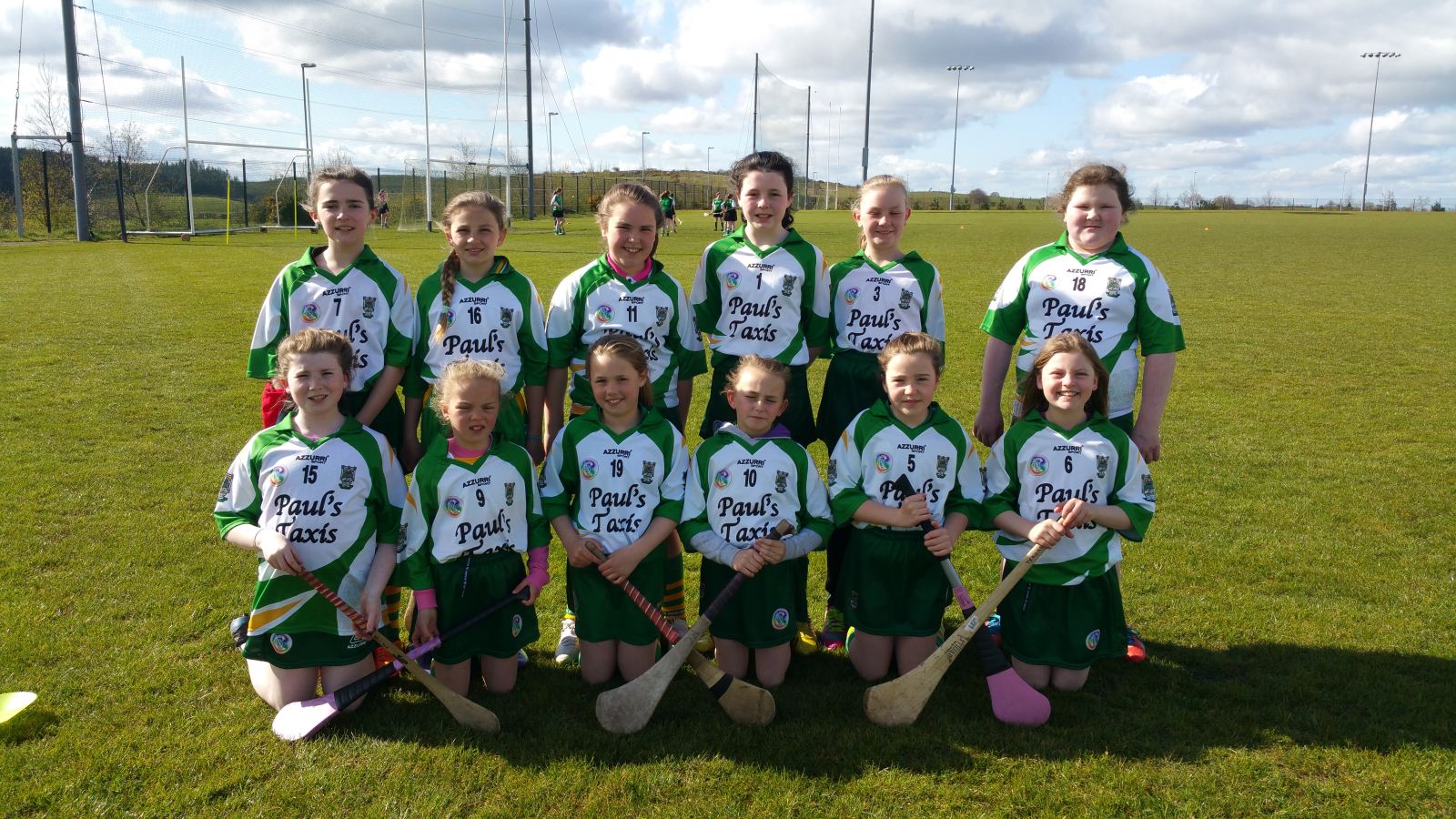 An Riocht, Down who particpated in Camán to Ulster 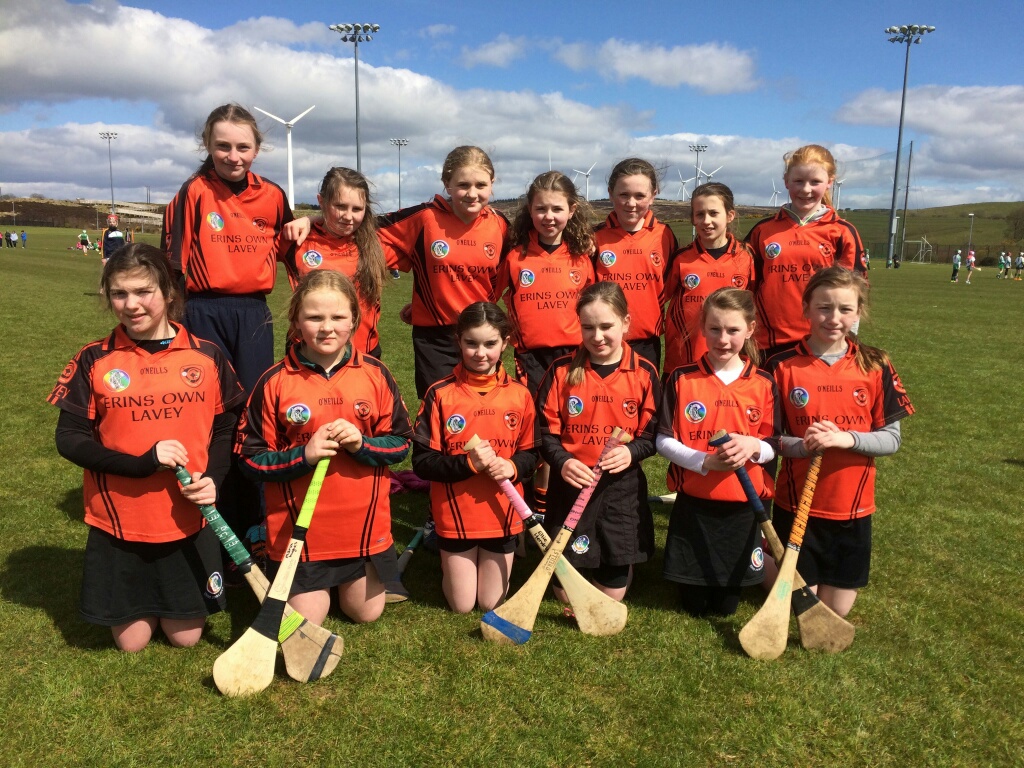 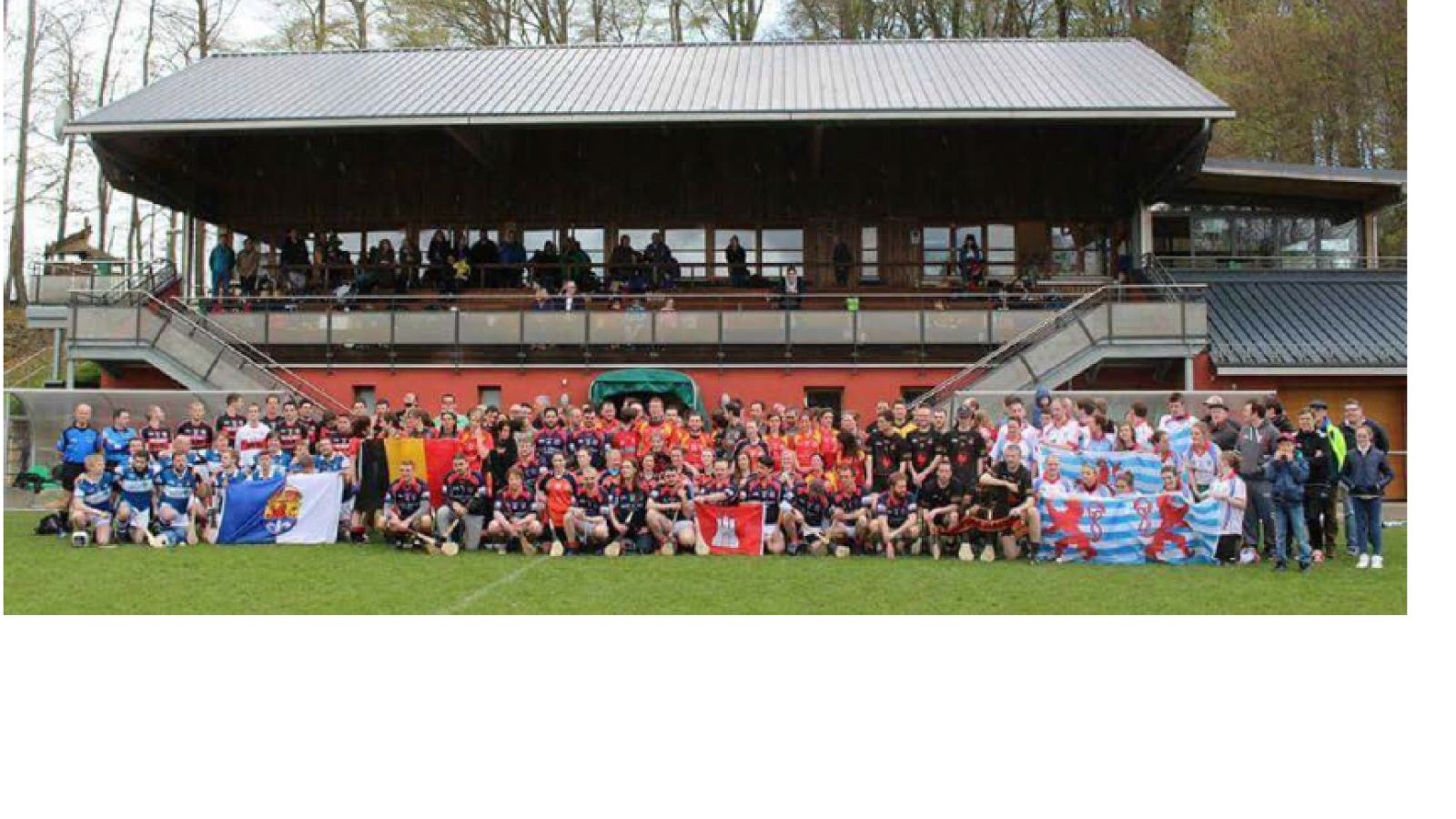 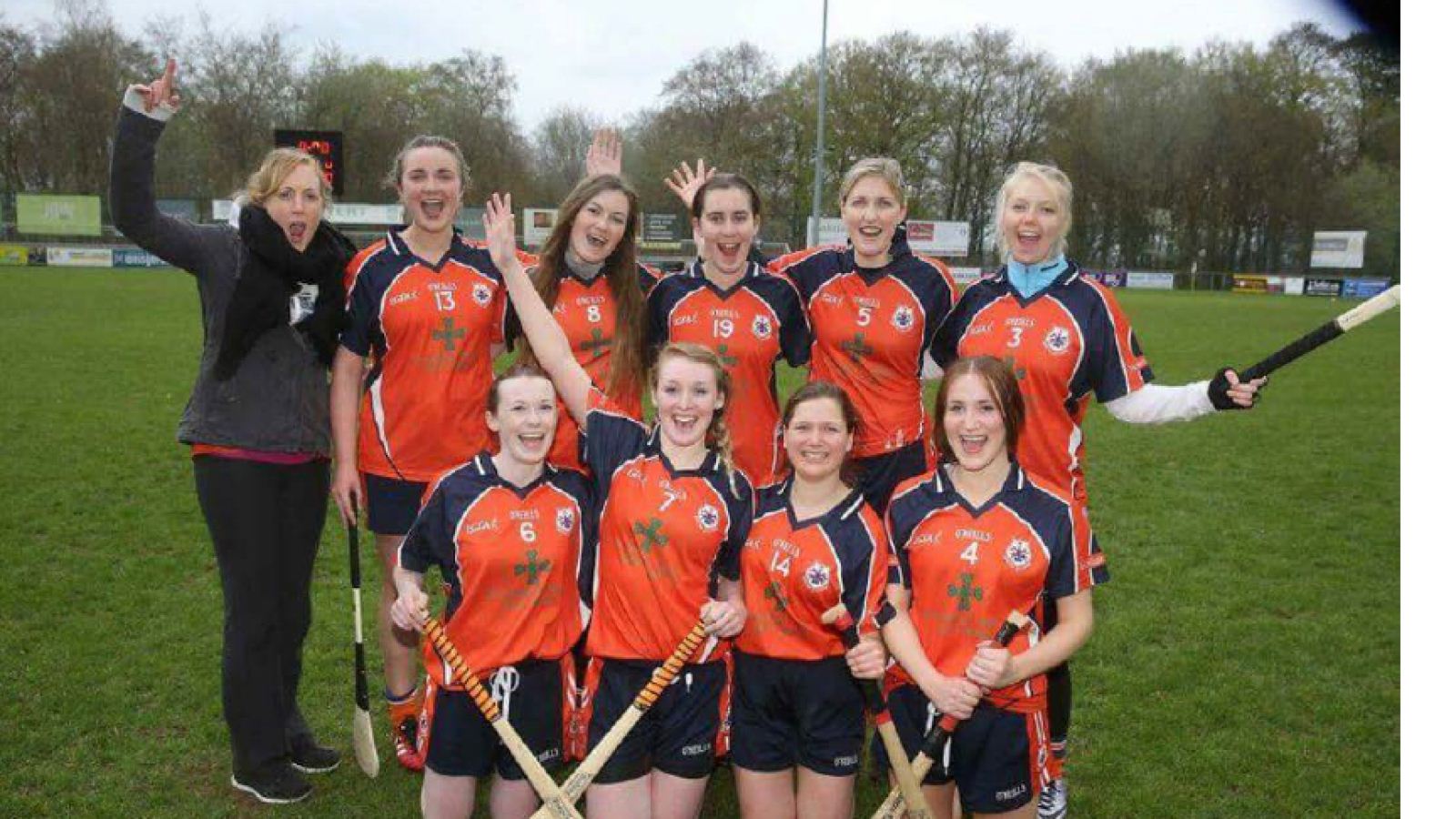 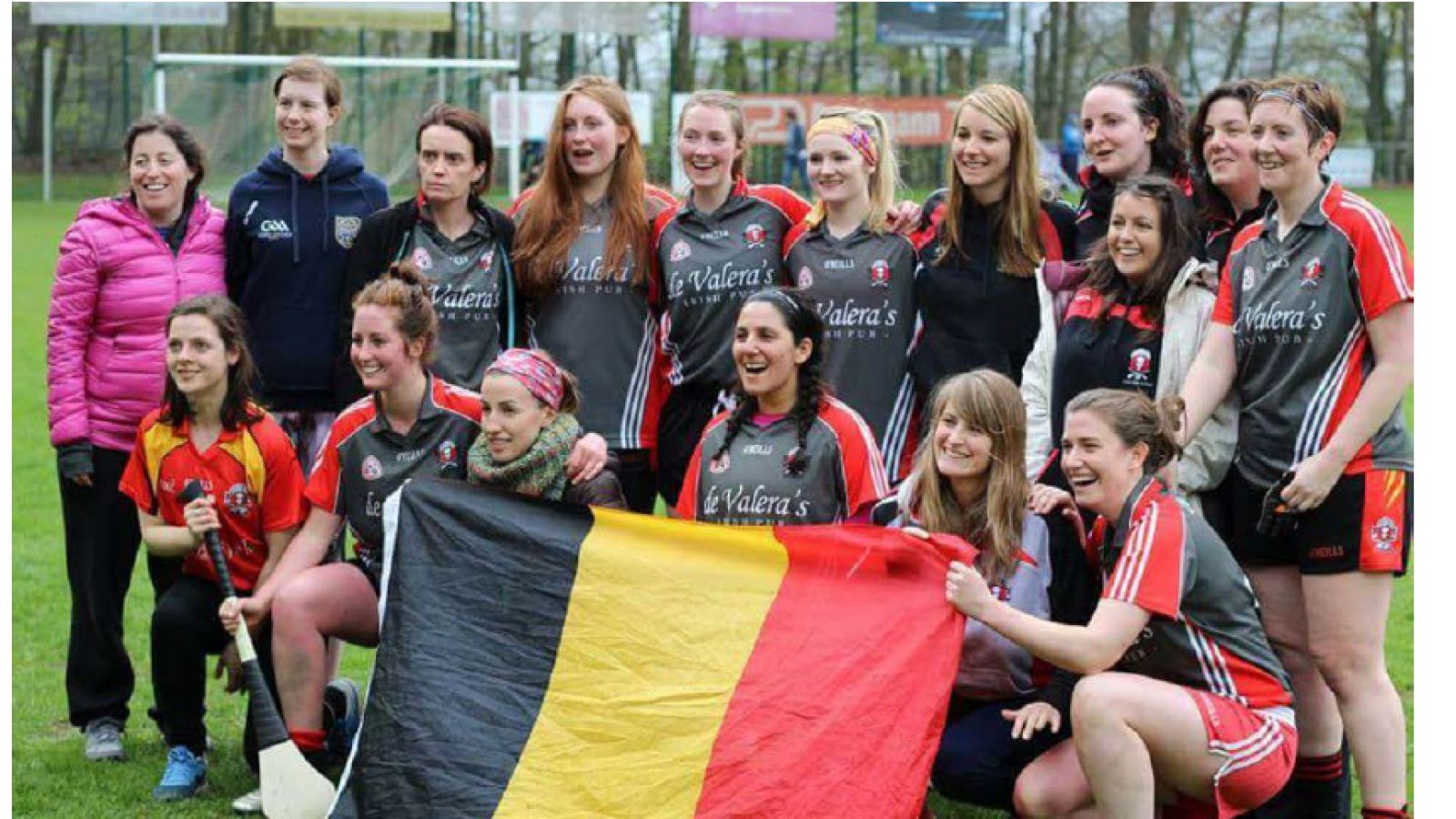 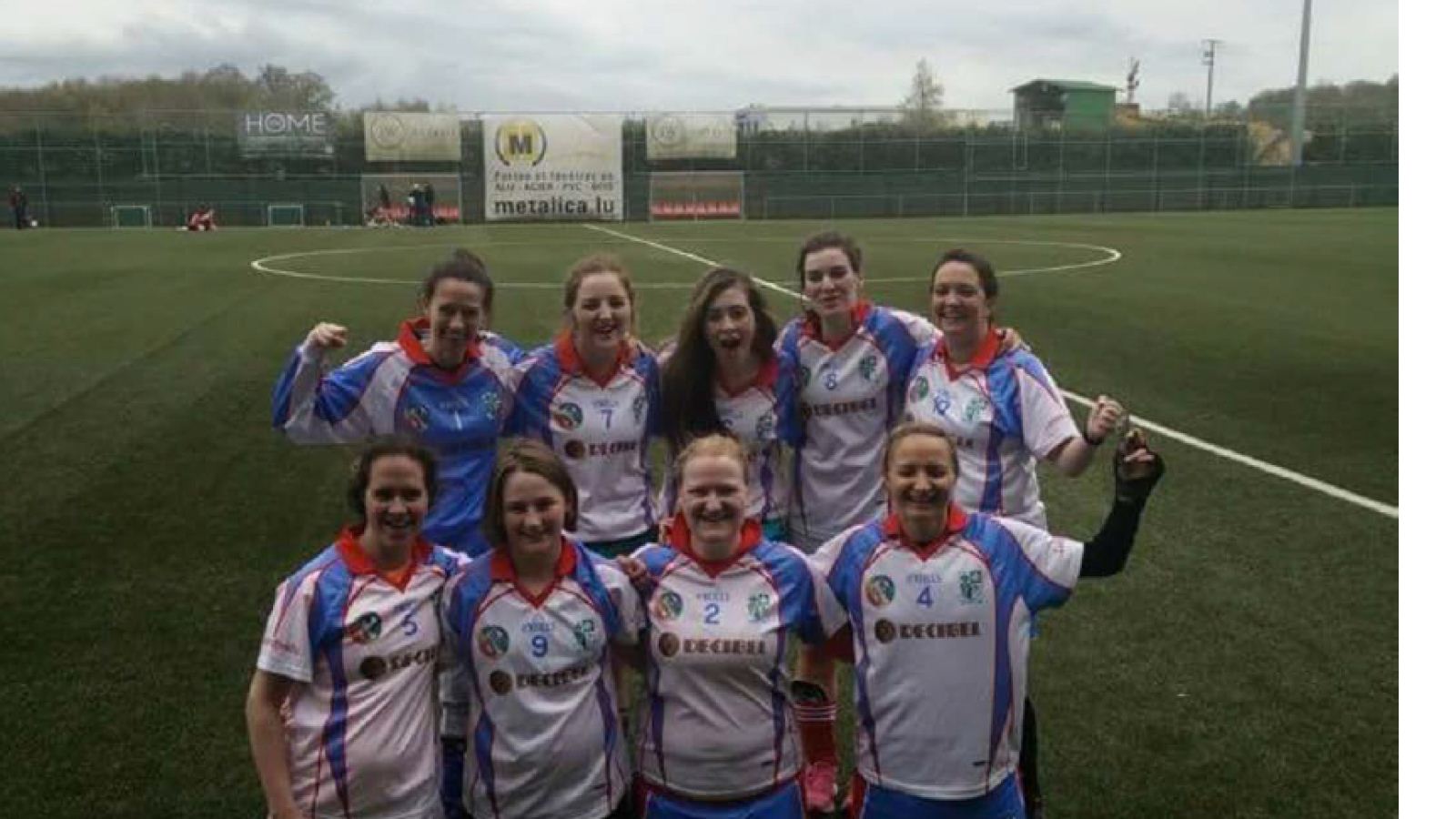 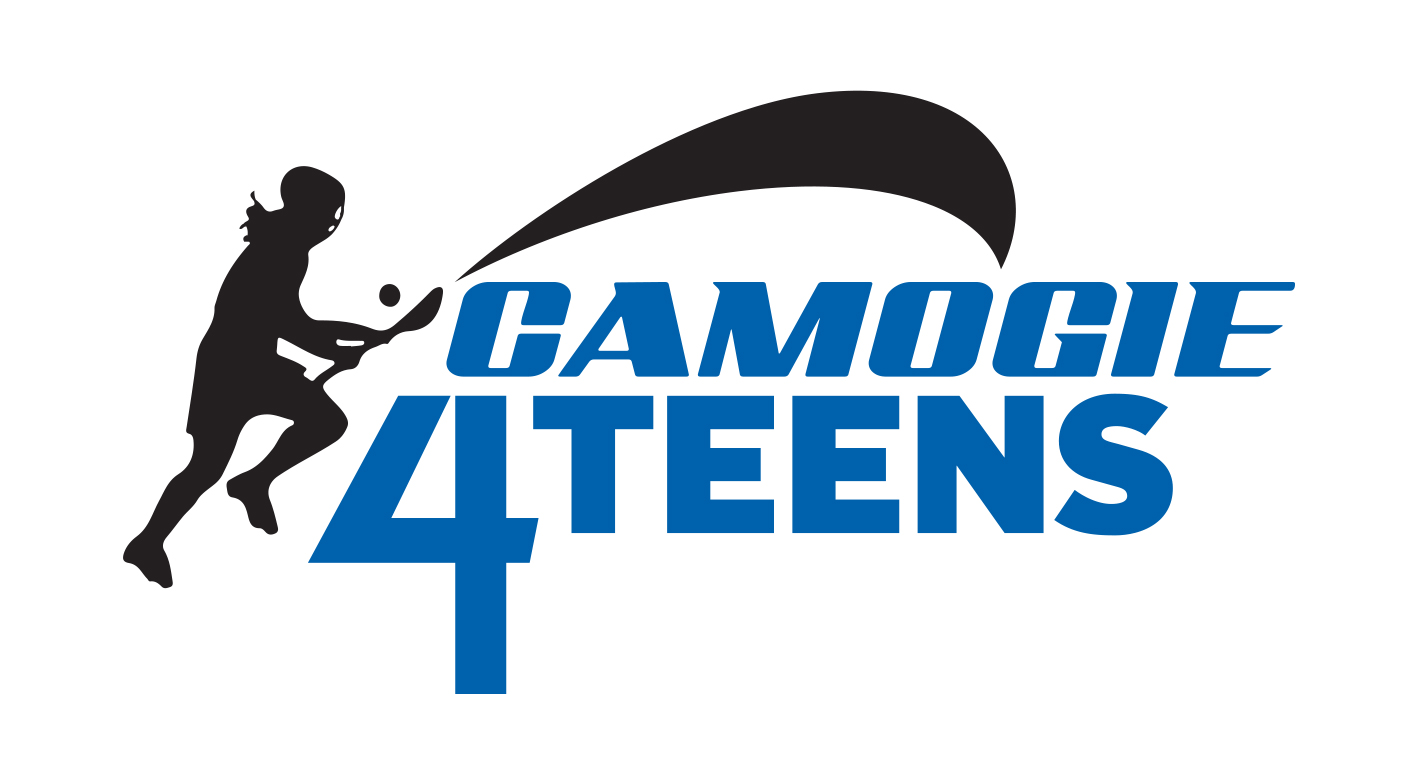 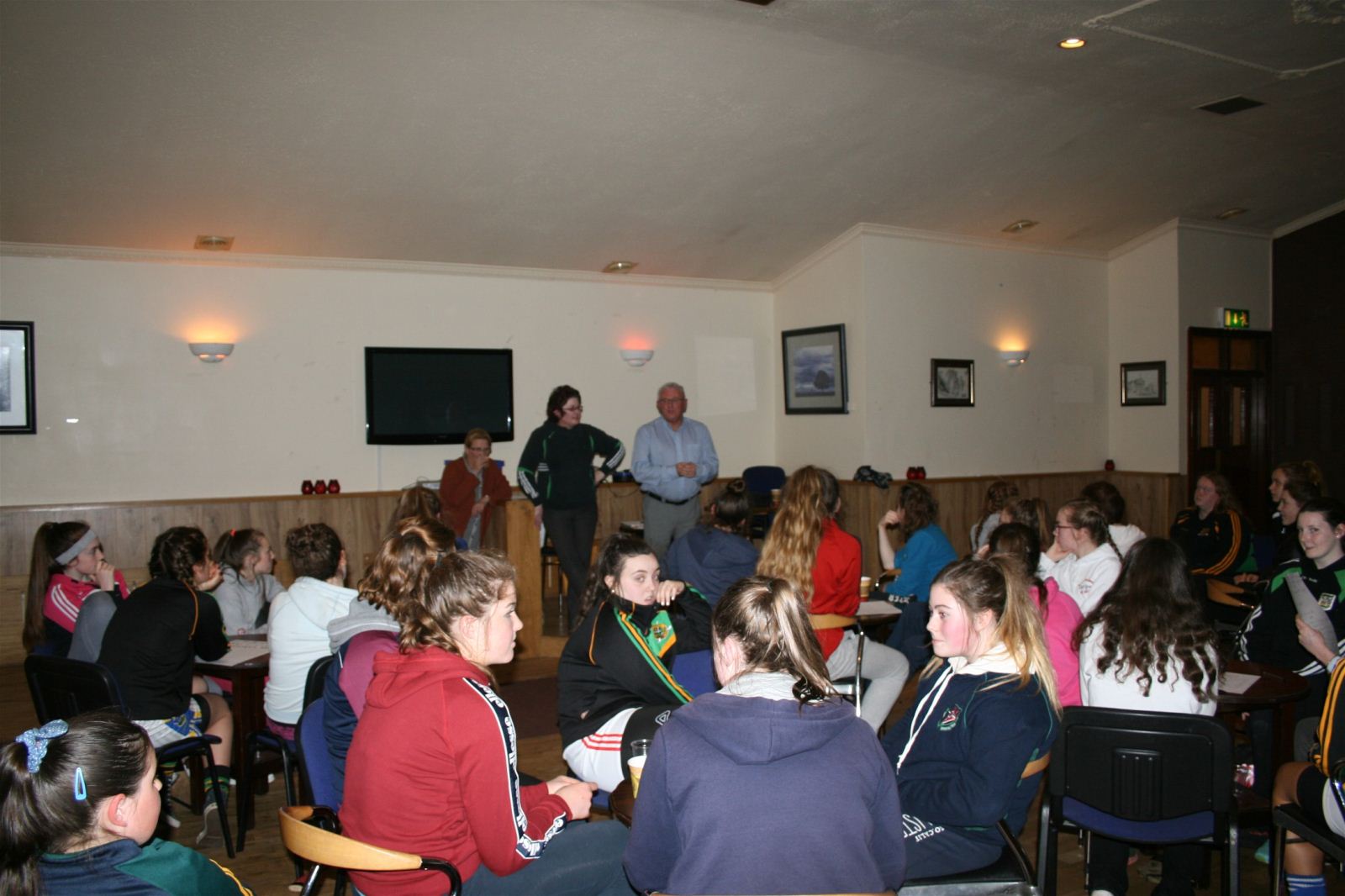 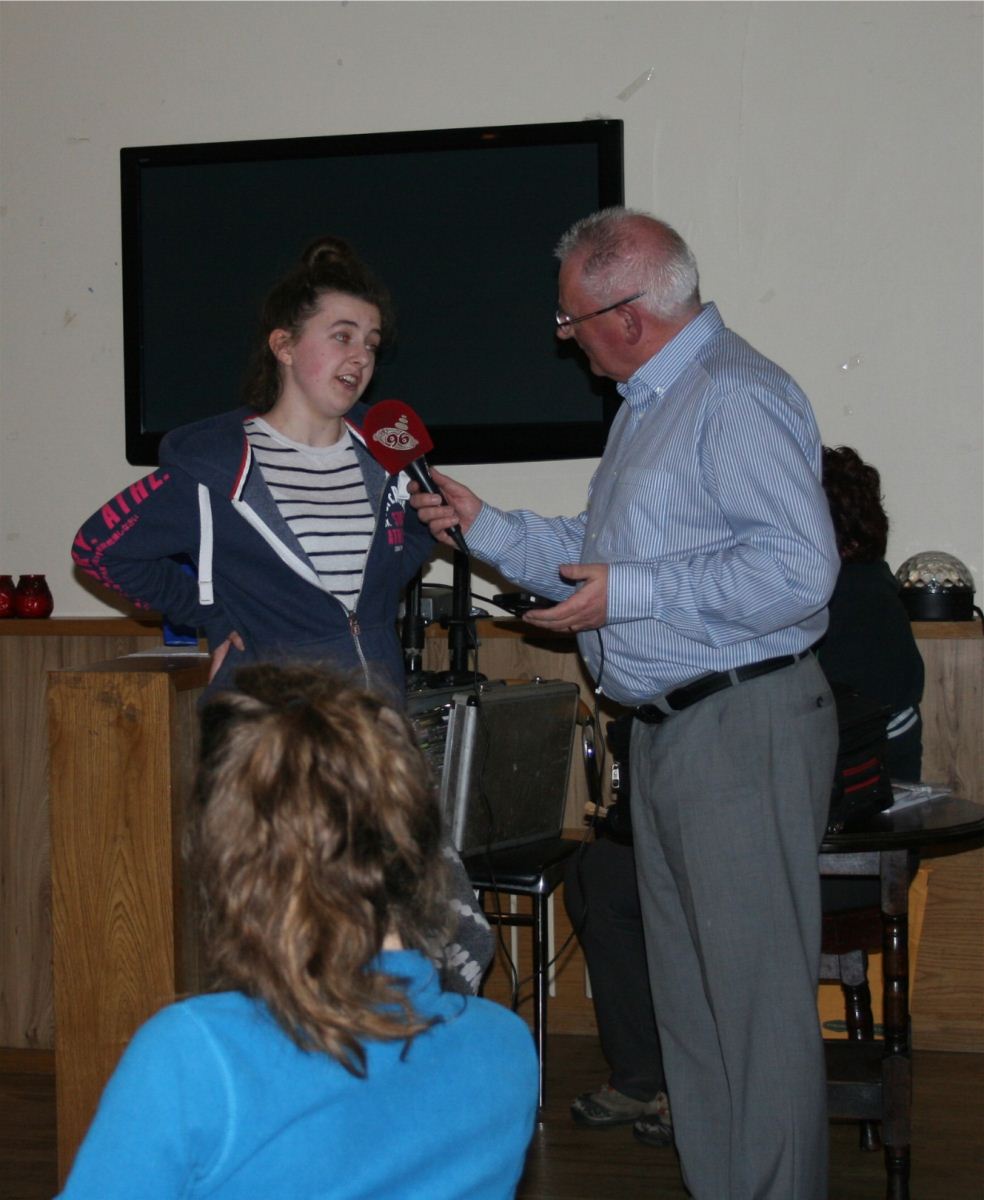 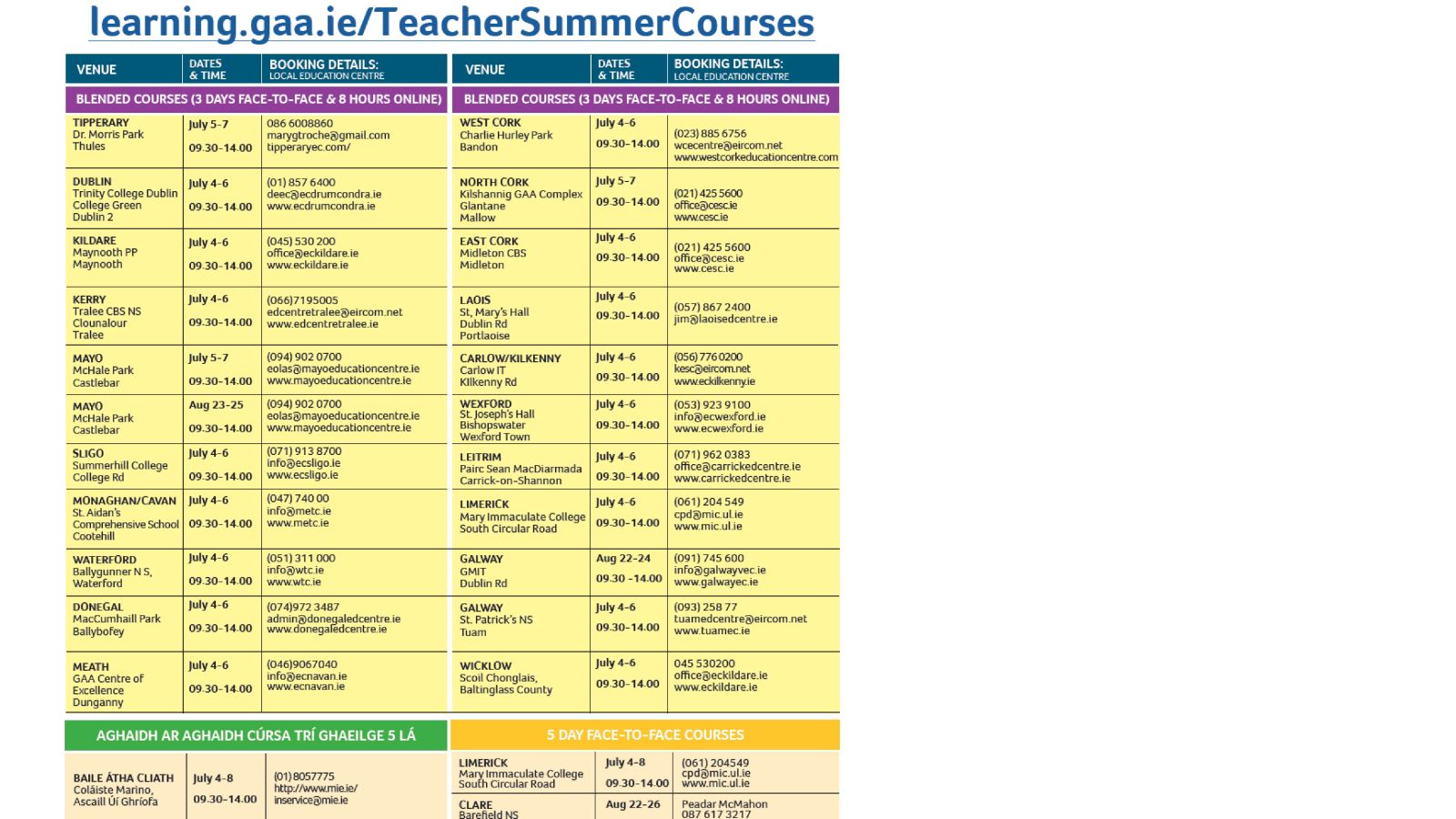 Details of Teacher Summer Courses
Connacht Camogie Commemoration of Sean O Duffy
Connacht Camogie Council held a Connacht Provincial Commemoration last Friday 22nd April in Killawalla, Co Mayo.
Sean O' Duffy (1885-1981) is synonymous with our game of camogie.  Sean O'Duffy was born in 1885 in Killawalla near Westport, Co Mayo.  He served as administrator of the Camogie Association for many years. The All Ireland O'Duffy Senior Championship cup is named after him.  Sean O'Duffy was decorated for his actions during the 1916 Easter Rising. 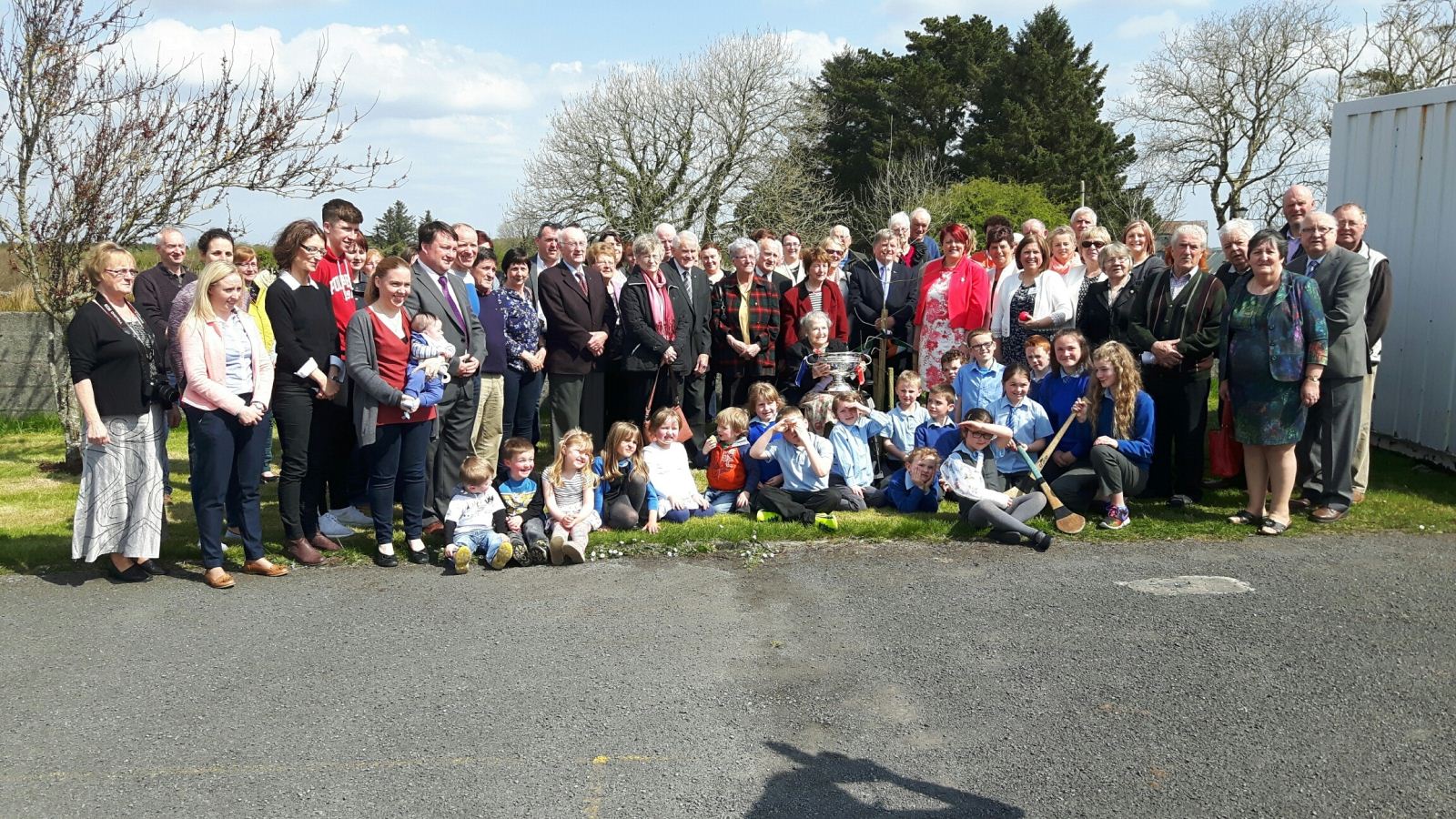 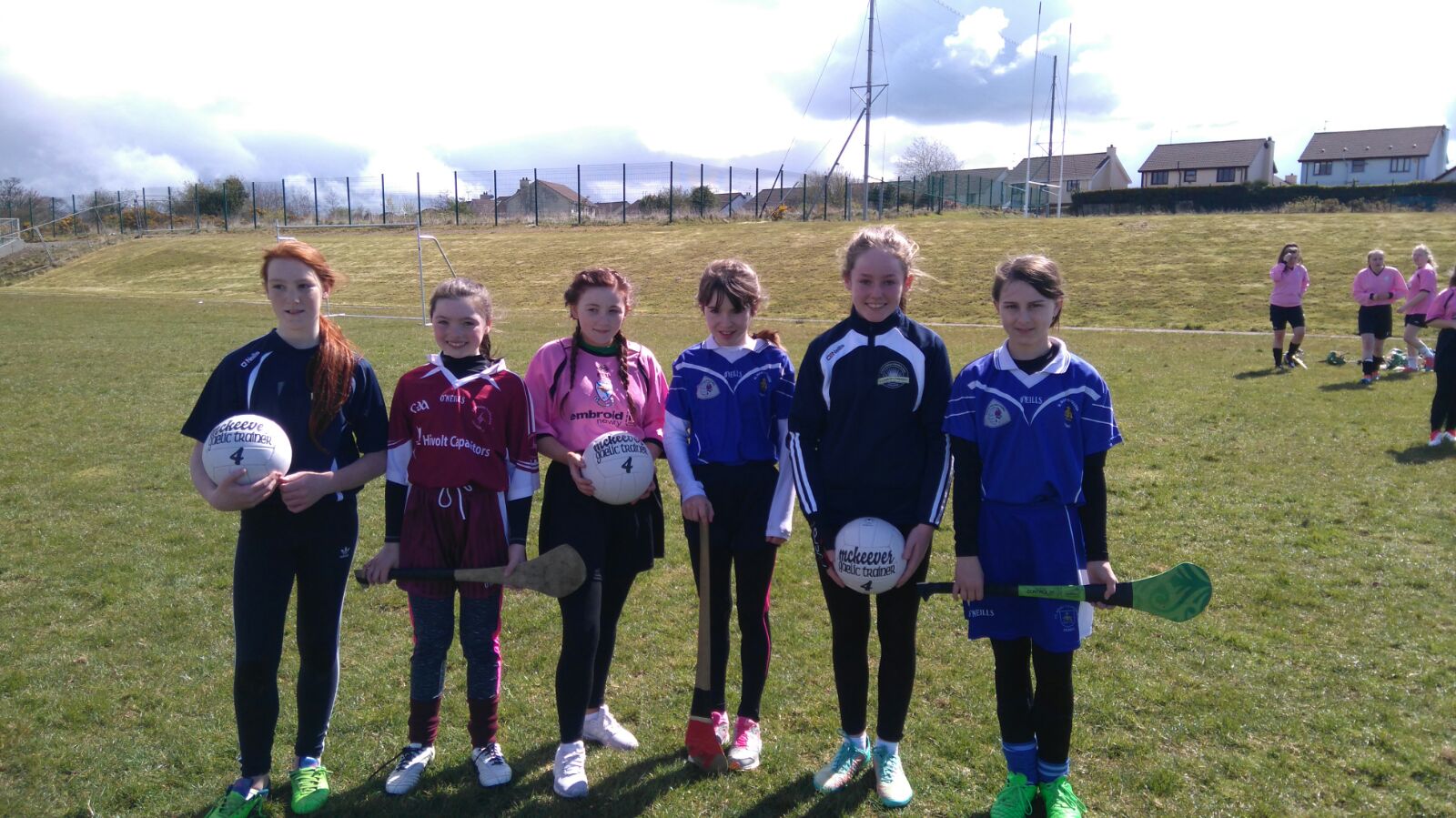 Participants at joint Come and Try it Day Derry 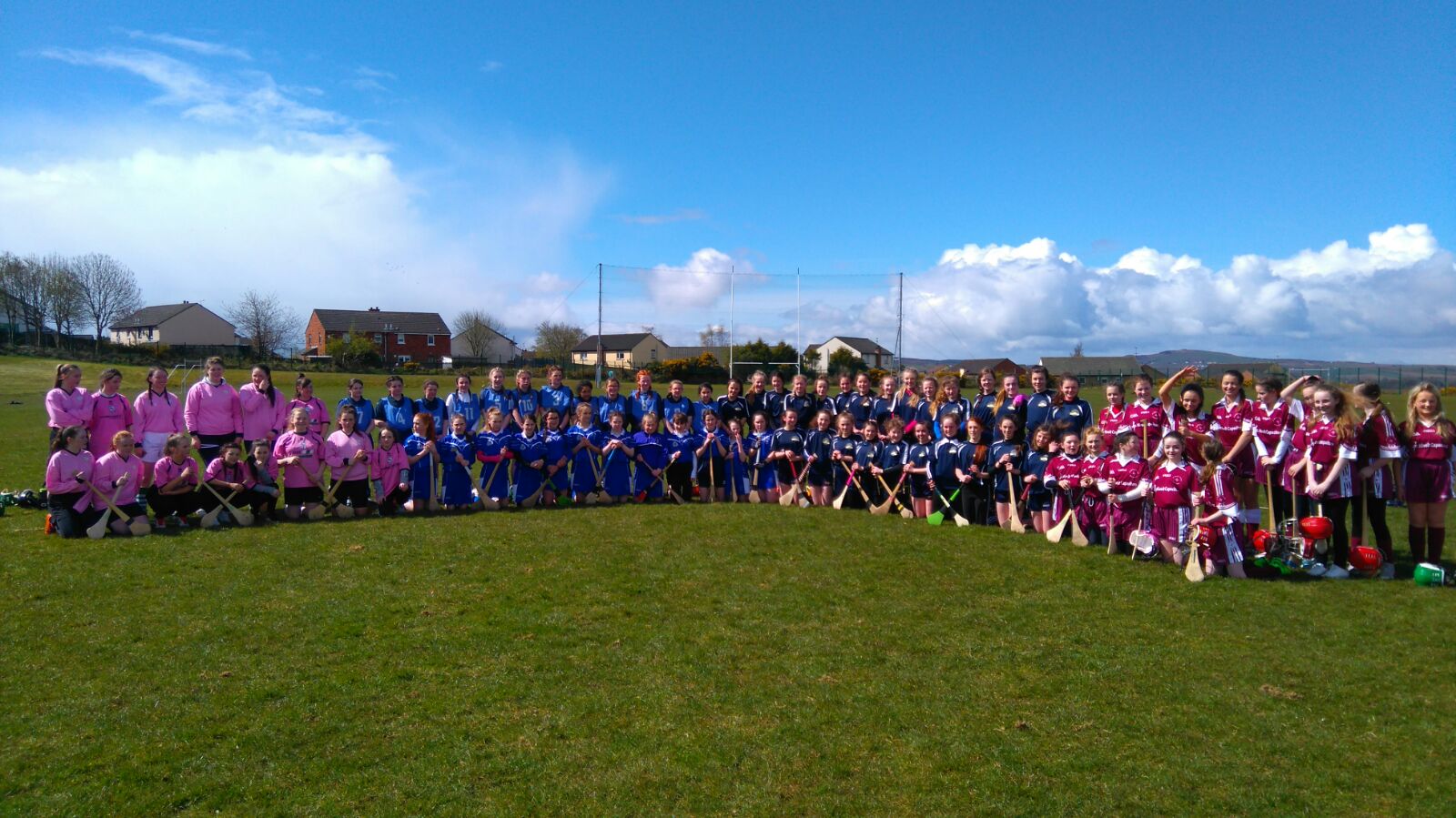 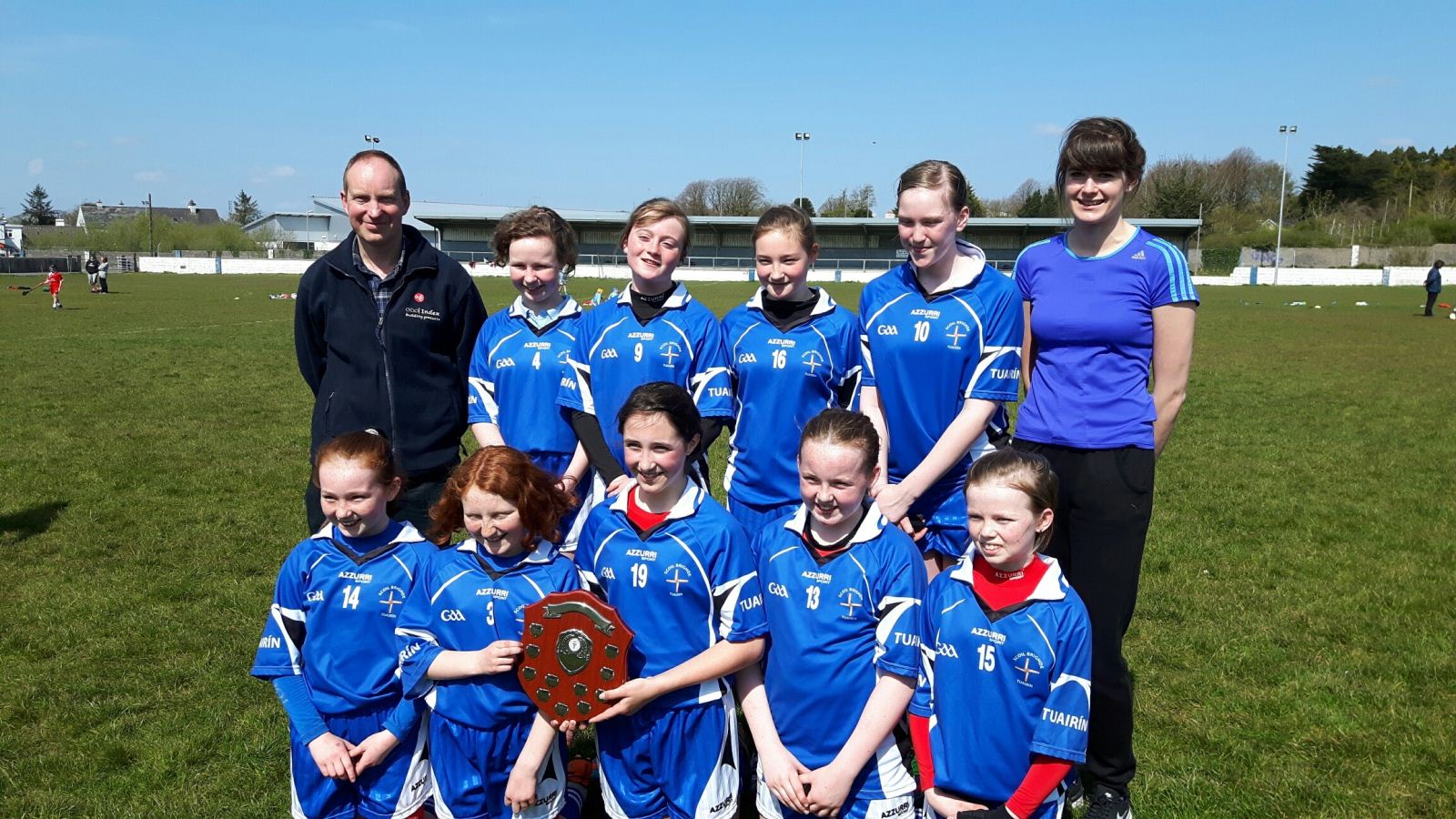 Toreen N.S  who  defeated Gaelscoil, Westport in the final. 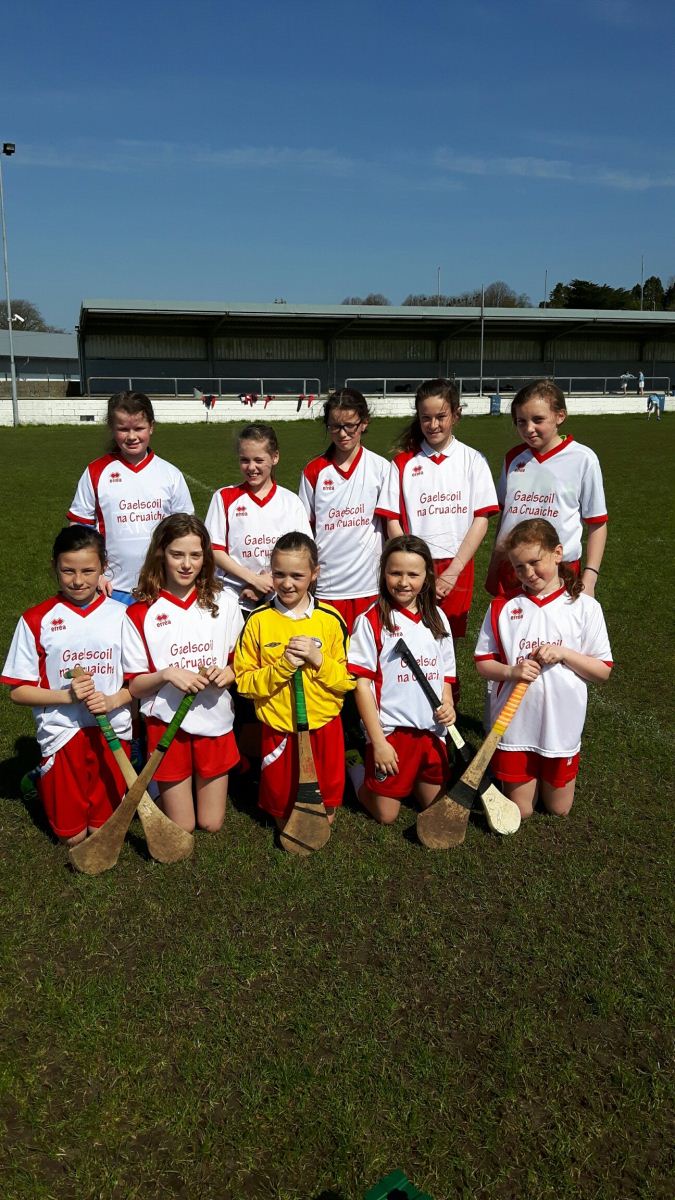 The Carlow Camogie4Teens programme started on Friday April 22nd last with 17 girls from 4 clubs taking part in the programme. Tutor Lizzie Byrne took the PR and Administration module on the night with the participants. Clubs involved include Naomh Brid, Setanta, Mount Leinster Rangers and Burren Rangers. 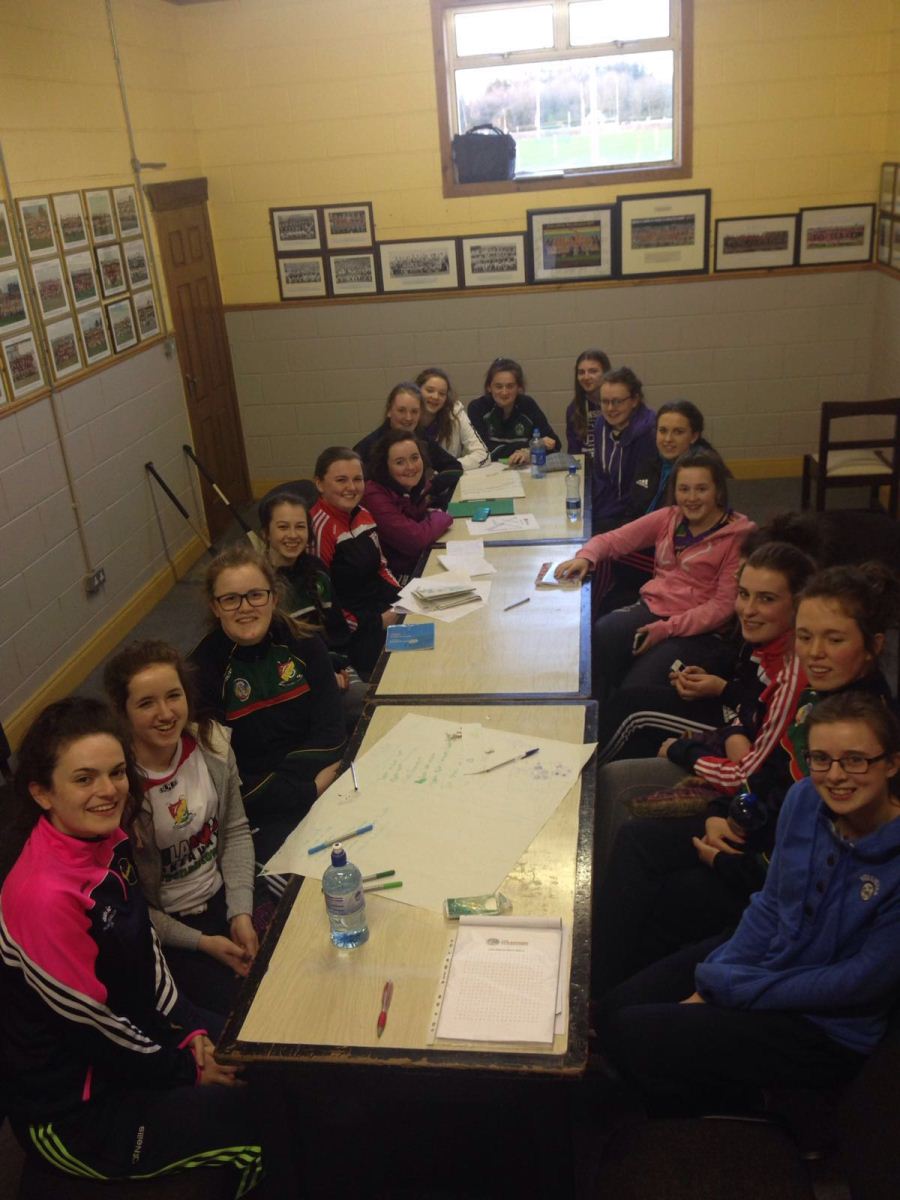 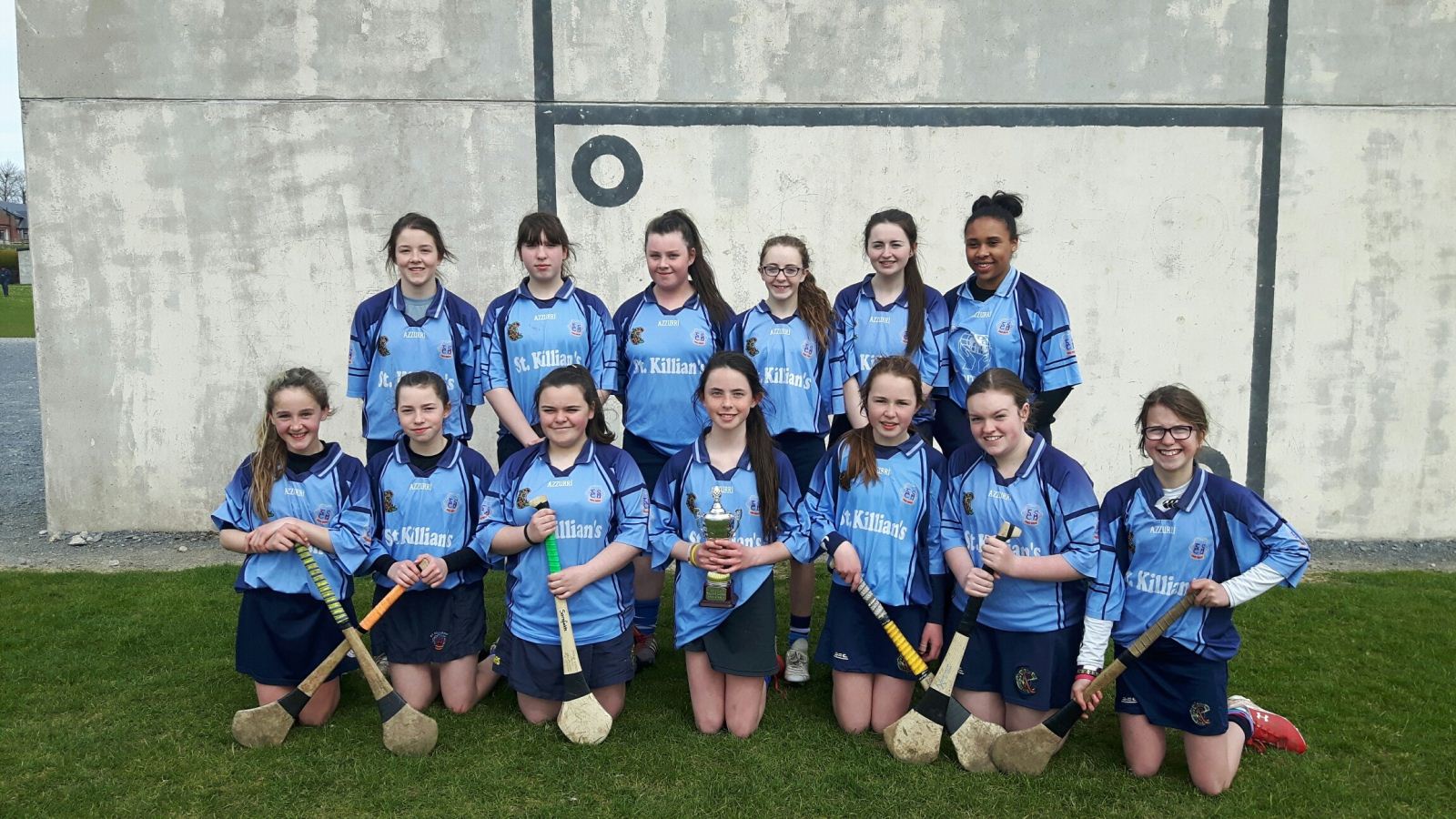 St Killians New Inn who defeated Seamount, Kinvara in the final.
Wexford Go Games Workshop
Wexford Camogie have completed extensive work on revising the Go Games structures and games programme in the county to increase the number of games a club and team gets in the year. An information night took place in Enniscorthy on Tuesday April 26th for mentors outlining the benefits of Go Games, the research behind how small sided games improves our players skill levels and also what is expect of a mentor or coach when dealing with girls playing Go Games. 16 clubs and a total of 47 mentors were in attendance on the night.
Offaly Hurl with Me
Offaly Camogie development are running Hurl With Me Programmes in 3 camogie clubs during the months of April, May & June. Tutor Benny Wyer is delivering the programme in Lusmagh Camogie Club showing parents the basic skills of the game of camogie. 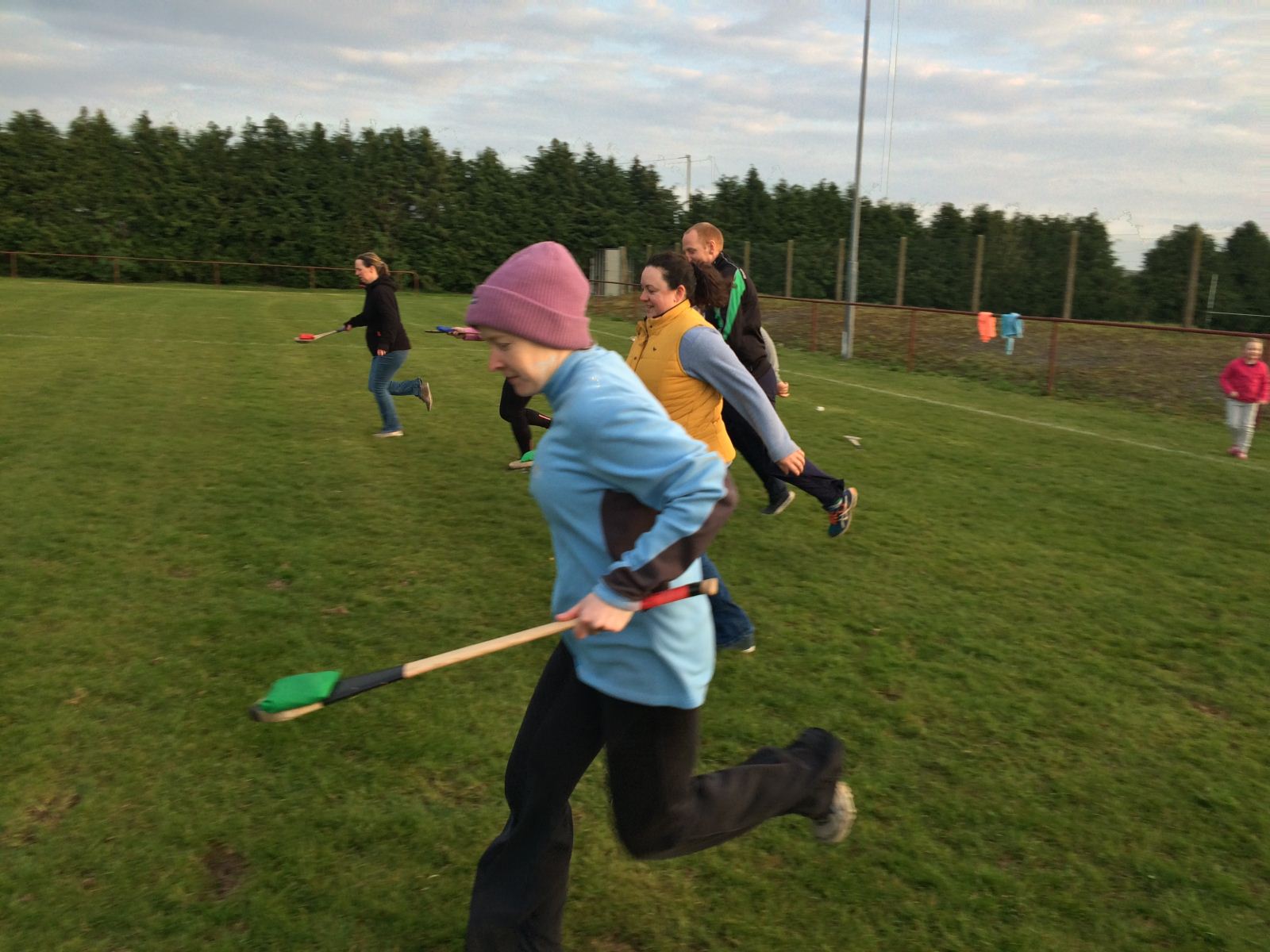 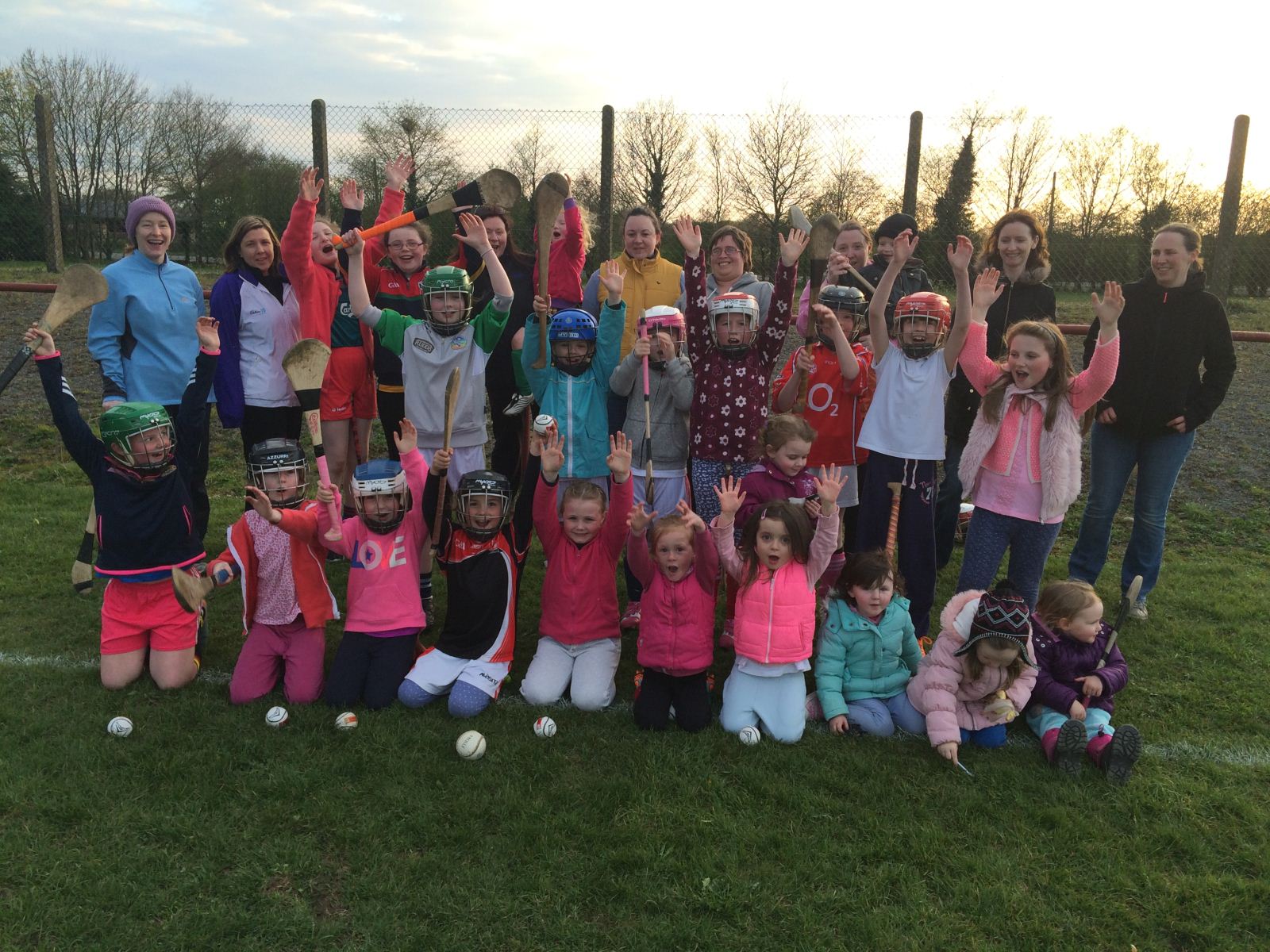 Lusmagh Hurl with Me Programe Offaly
New club Laois workshop
Clough/Ballacolla is the newest camogie in Laois. A basic skills workshop took place on Saturday April 23rd for new coaches and mentors. 12 mentors attended on the day. Best wishes to the new club Clough/Ballacolla for the coming years. 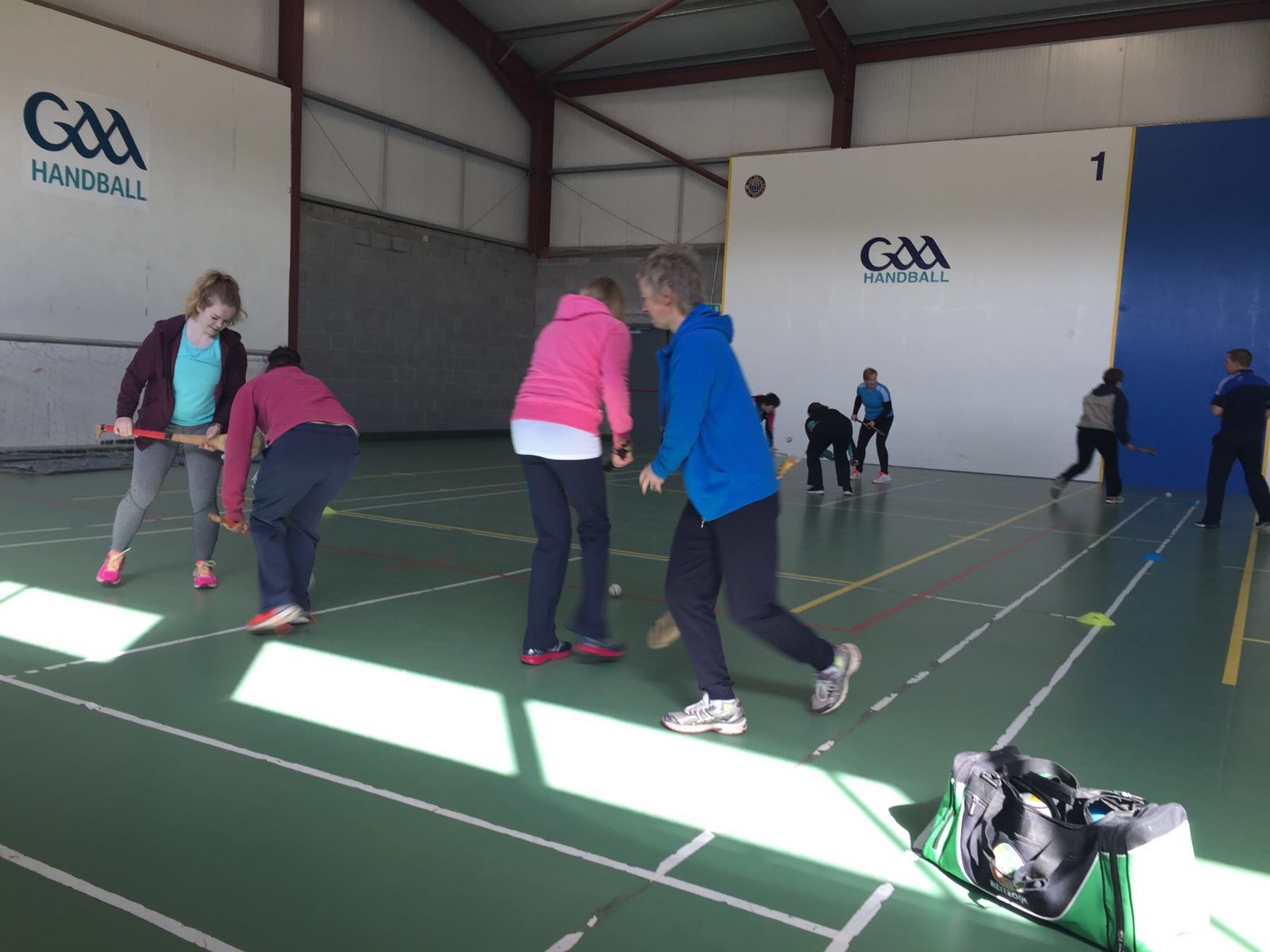 Action from workshop in new camogie club in Laois
Coming up…Westmeath Youth Coach Workshop
A hurling/camogie youth coaching workshop will take place in Clonkill Westmeath on May 7th.  Martin Fogarty & PJ Ryan from Kilkenny with Pat Critchley from Laois will deliver the practical workshop aspect on the day.
There will also be a presentation on nutrition focusing on the importance of proper nutrition for youth players. The workshop is open to all mentor who coach females & males ages between 13-18 years.