Latest
Camogie Association President Catherine Neary & Dublin Camogie Captain Eve O'Brien present the U14 Division 1 trophy to Kilkenny Captain.
Action Packed Camogie All Ireland Weekend
The Camogie All Ireland Finals weekend didn’t disappoint in terms of participation in a culmination of camogie events.  From the U14 All Ireland on Saturday with 1,300 girls and 54 teams, the Kilmacud Crokes 7s also on Saturday had 48 teams, 60 girls participated in mini games at the finals on Sunday, 1,300 U14 girls paraded at half time on the pitch in Croke Park and 58 club teams took part in the golden ticket trip for the winning prize of €1,000 which was drawn at the finals!
A crowd of 20,000+ turned up in HQ on Sunday and another 374,000 witnessed events on television. Its been one hell of a journey to the biggest calendar event for the Camogie Association. Well done to all who make this possible!
Camogie News this week includes:
·       U14 All Ireland Results
·       U14 Roll of Honour
·       Golden Ticket Trip Winner
·       Mini Games at the All Ireland Finals
·       Kilmacud 7s
U14 All Ireland Results
A big thank you to all the host clubs, (St Annes Thomas Davis Craobh Chiarain Trinity Gaels O’Tooles Innisfails & Abbotstown), for the U14 All Ireland blitz that took place last Saturday September 9th in Dublin. Congratulations to all participants, management teams, parents & supporters who made it a very enjoyable occasion.
Division 1: Kilkenny 2-5 Cork 2-4 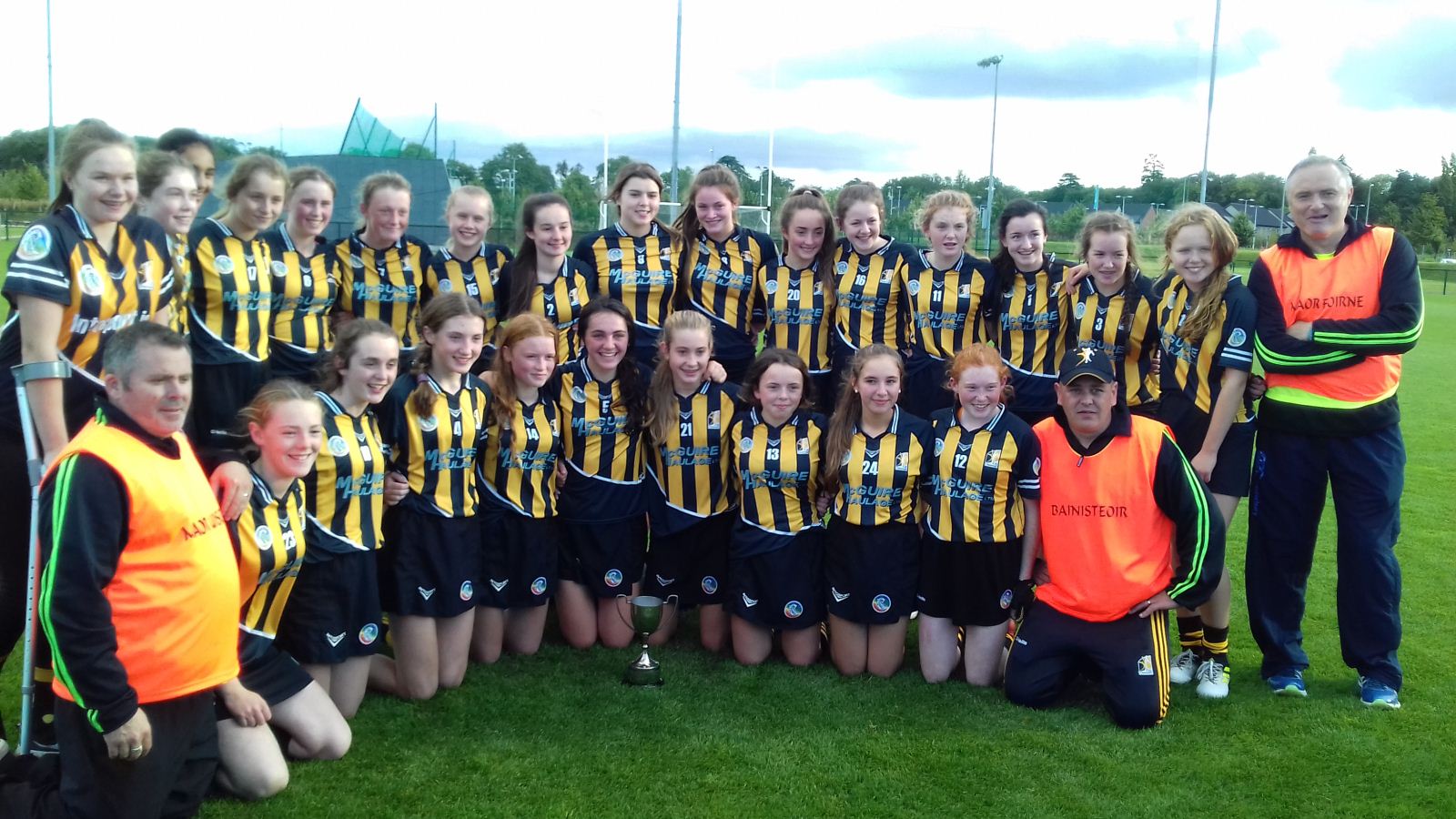 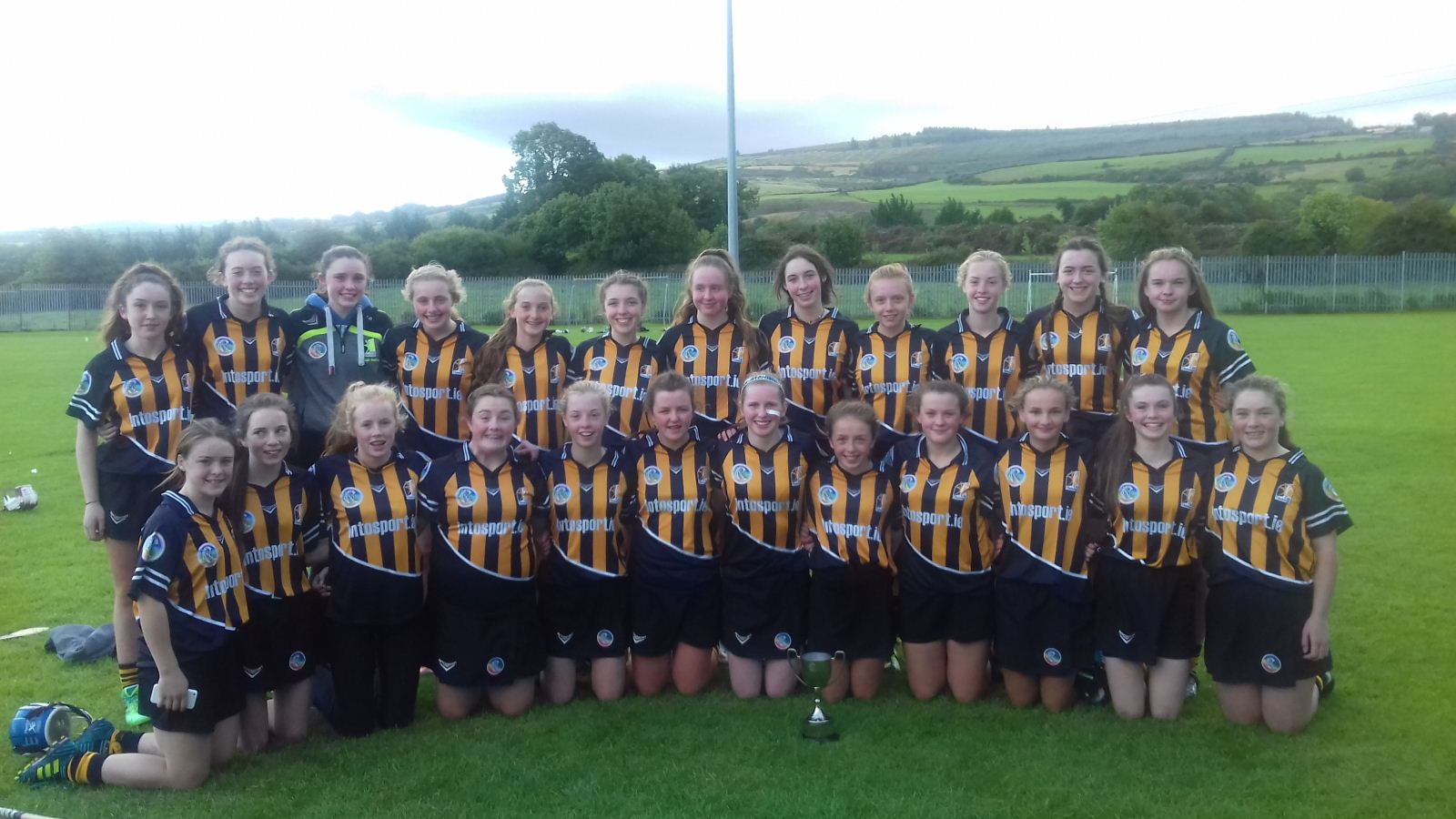 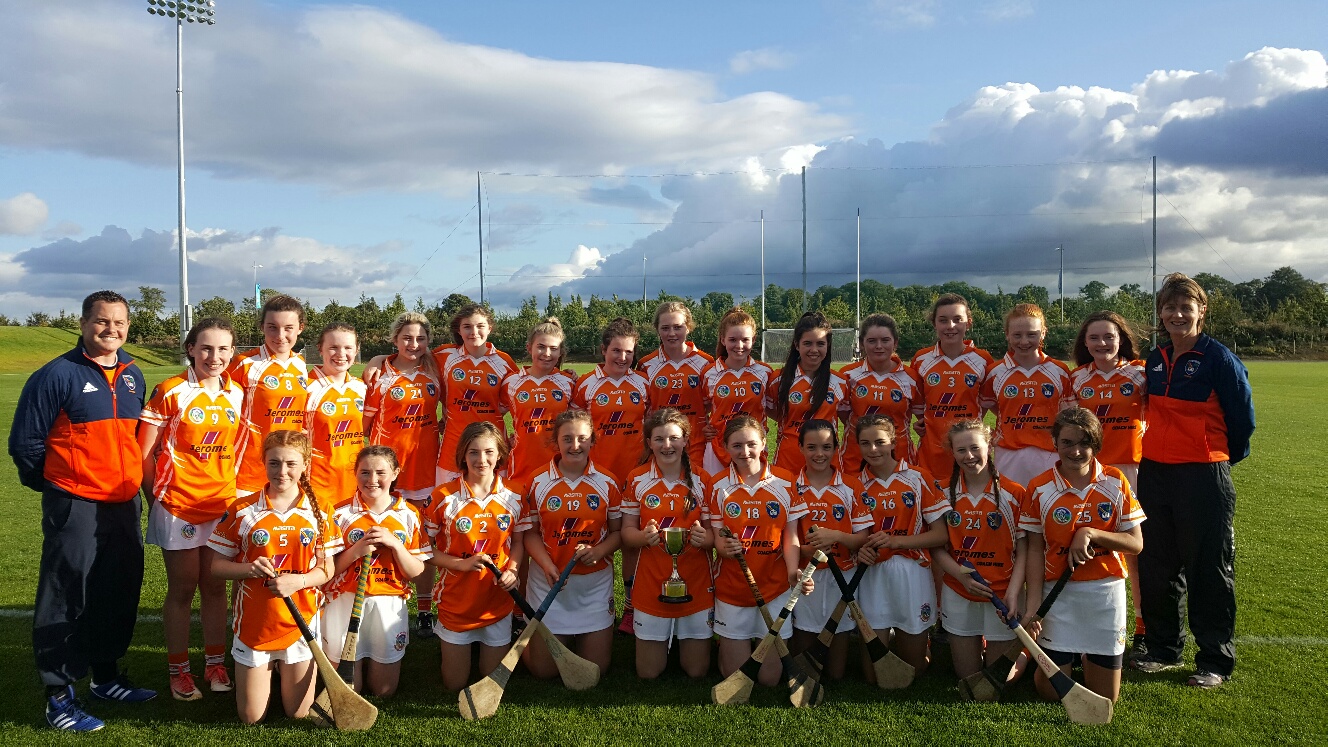 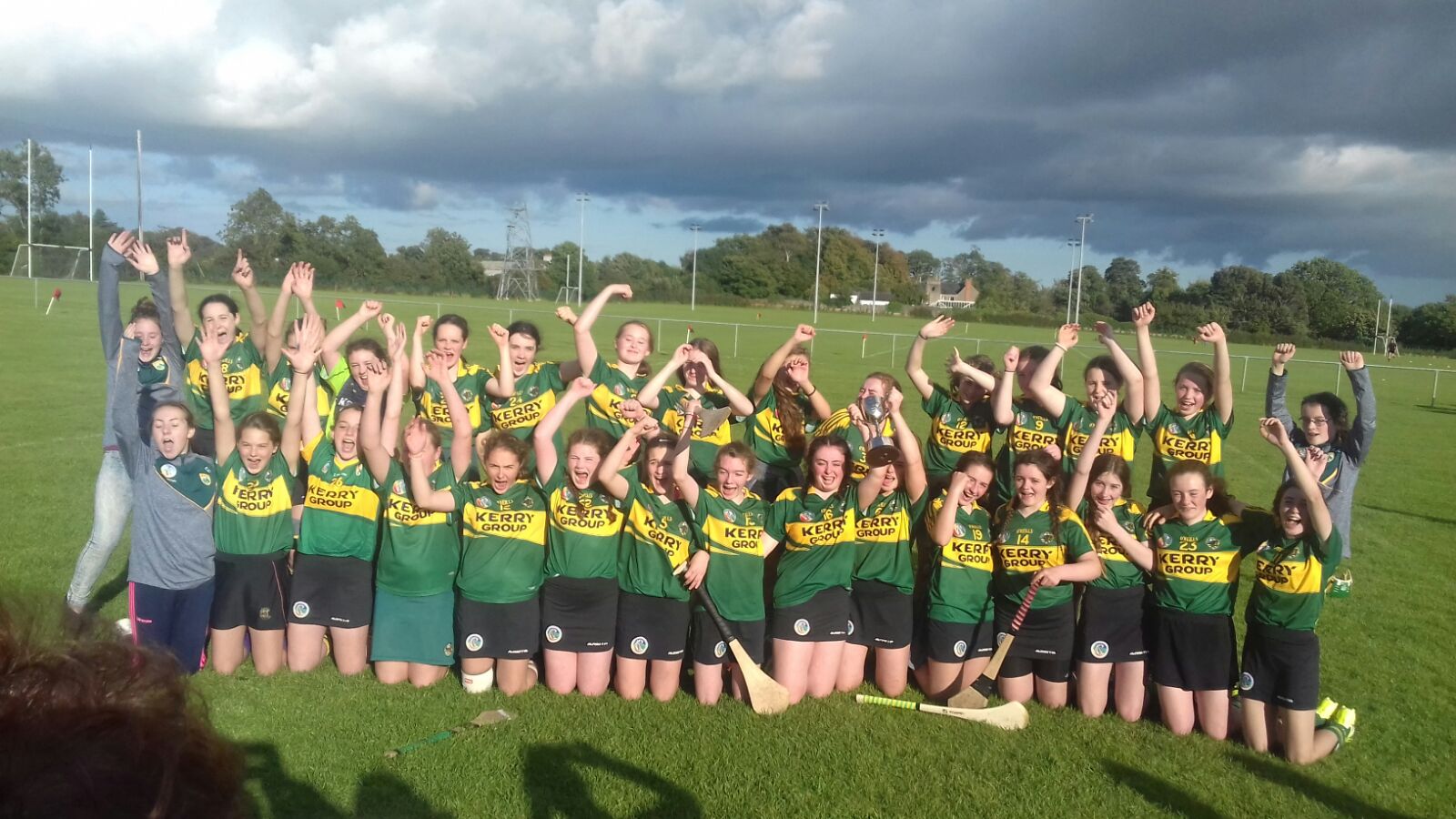 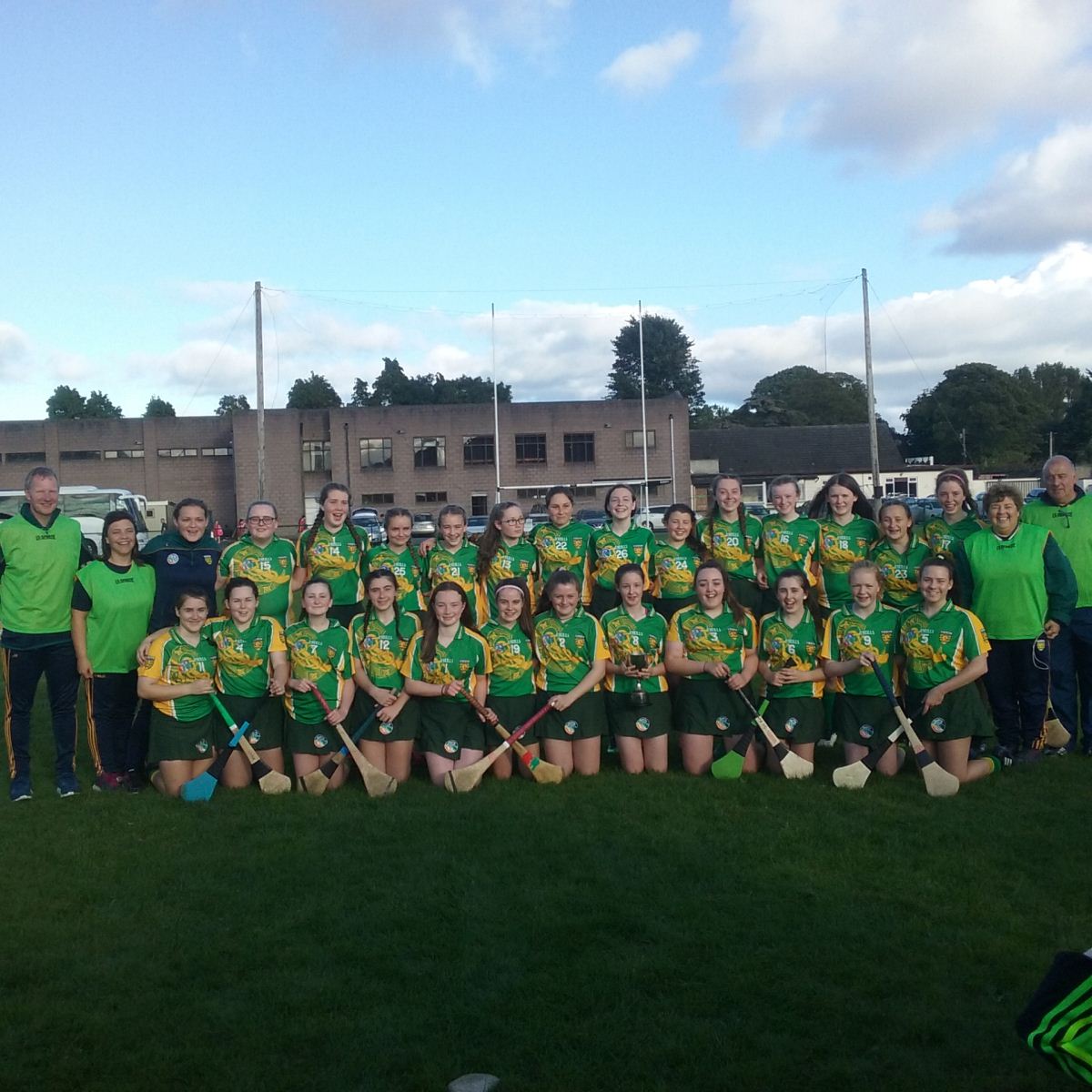 U14 Roll of Honour
Golden Ticket Trip
The draw for the Golden Ticket Trip teams took place in Croke Park on Sunday last at the Liberty Insurance All Ireland Finals.
58 clubs took part in this initiative in total over the last few weeks.
Douglas, Cork were the lucky winners receiving €1000 and a lap of honour on the day. 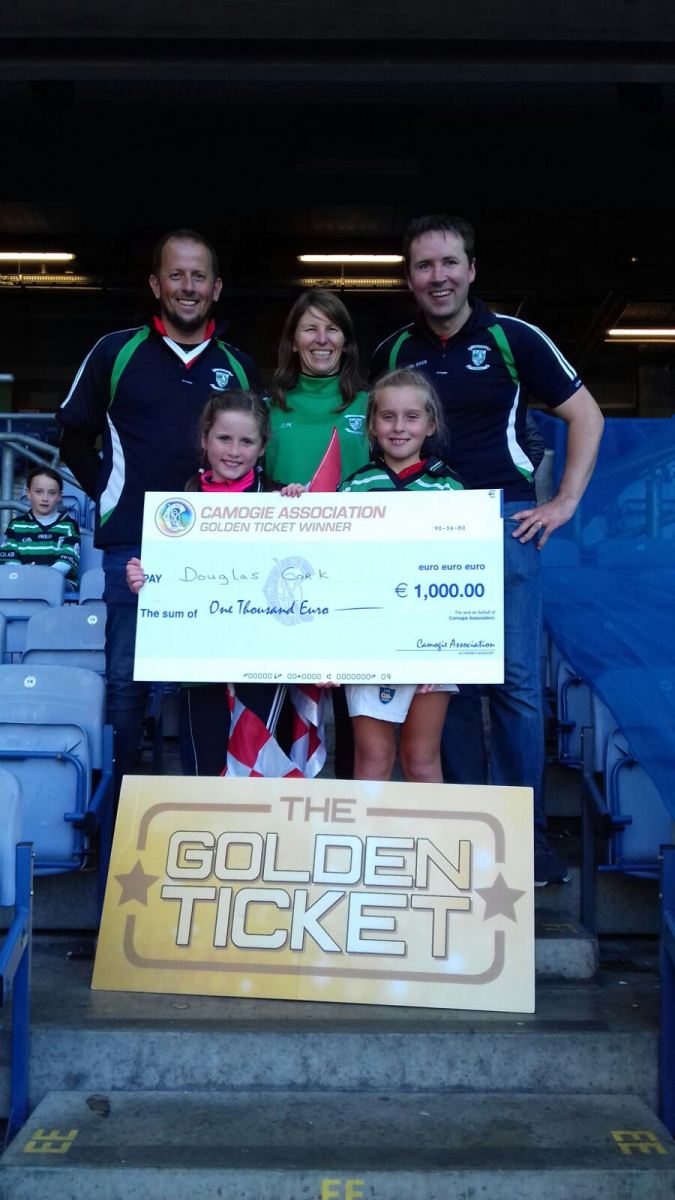 Mini Games at the All Ireland Finals
60 girls played in mini games at the Liberty Insurance All Ireland Final.
They were from Shinrone, Offaly and Thomas Davis, Dublin.  St.Fiachra’s Beaumont represented Dublin Cumann na mBunscol and a selection of representatives from Westmeath schools also played on the day. 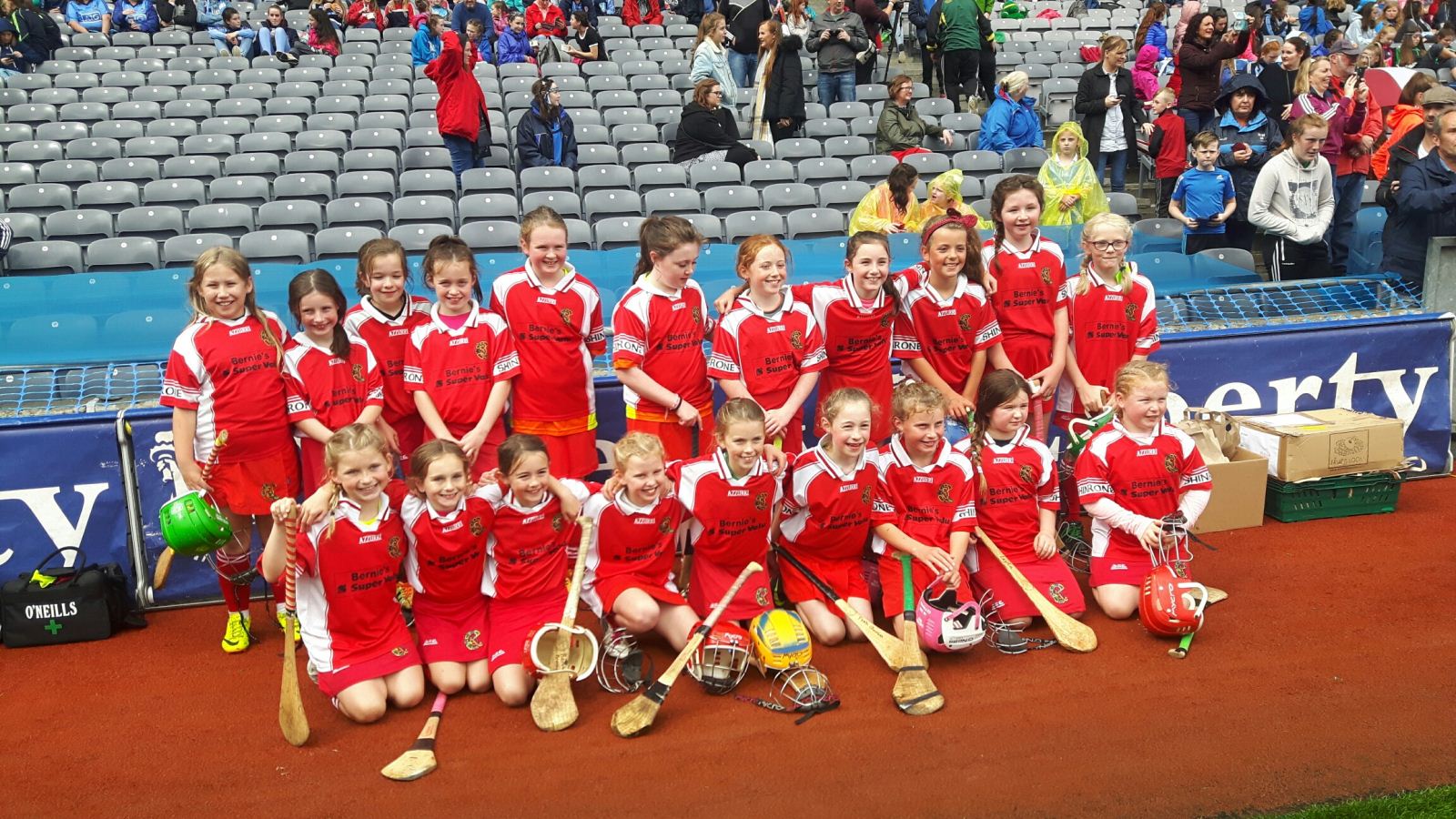 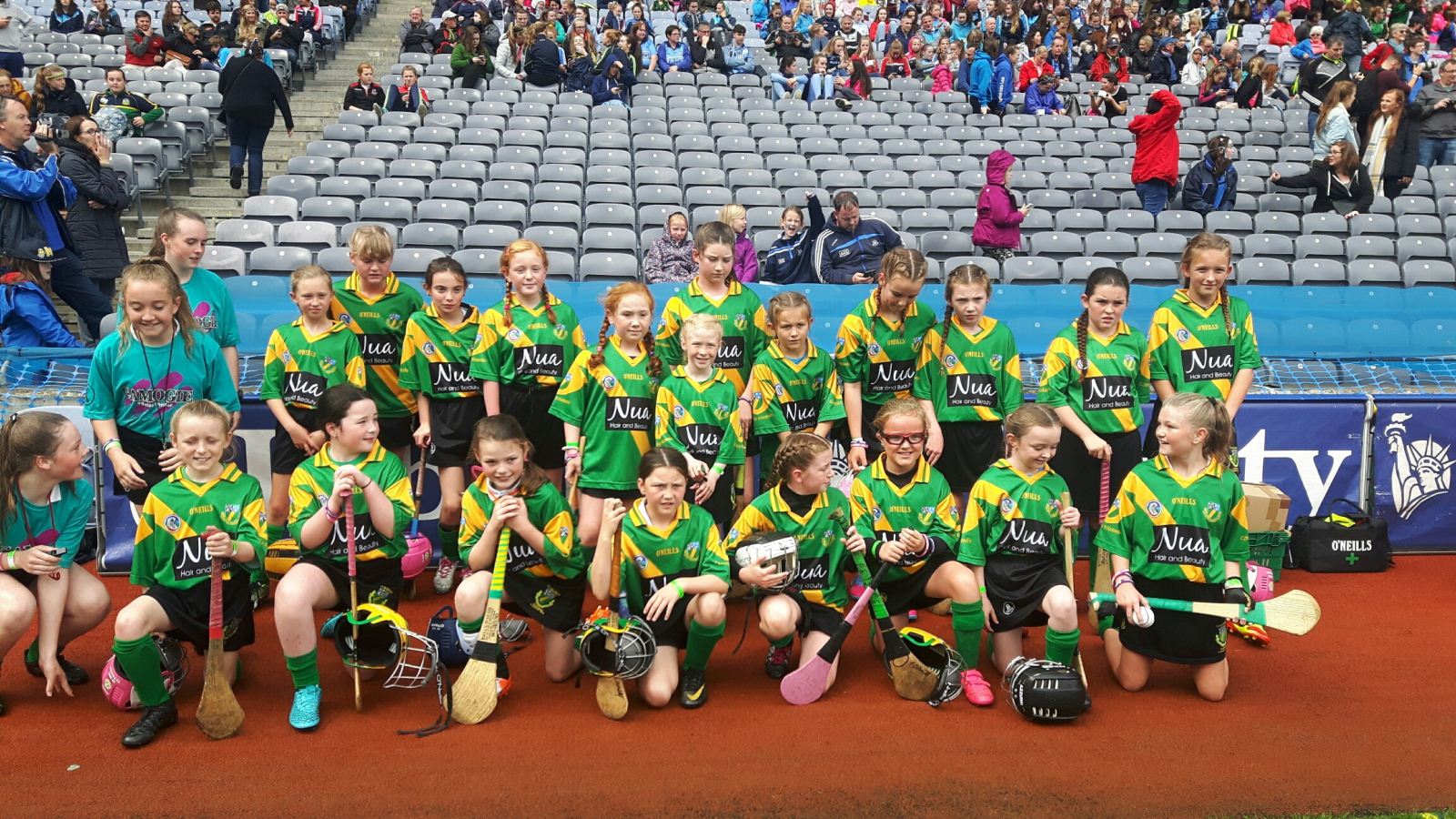 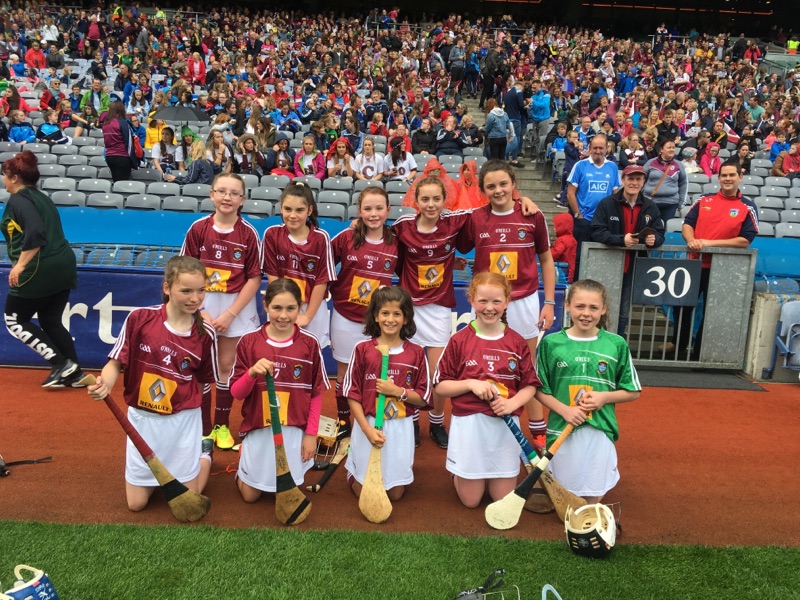 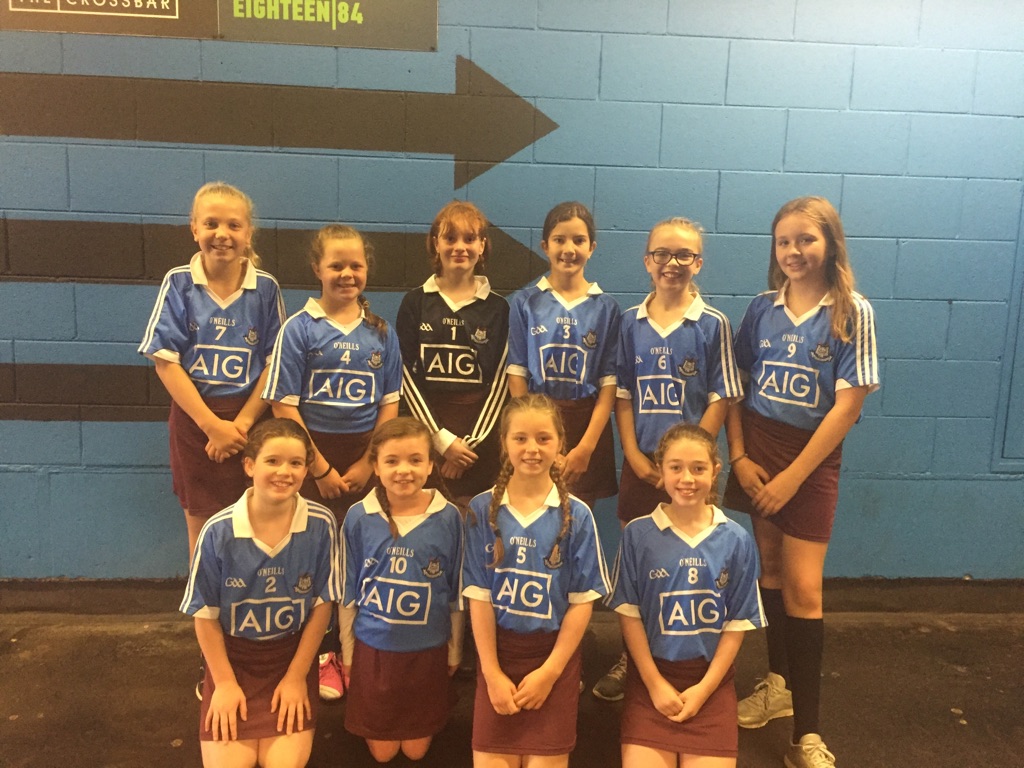 St Fiachra's Dublin
Kilmacud 7s
Burgess/ Duharra of Tipperary were the winners of the Proinsias Ó Crónín Cup when they overcame Gaultír of Waterford 5-7 to 2-2. 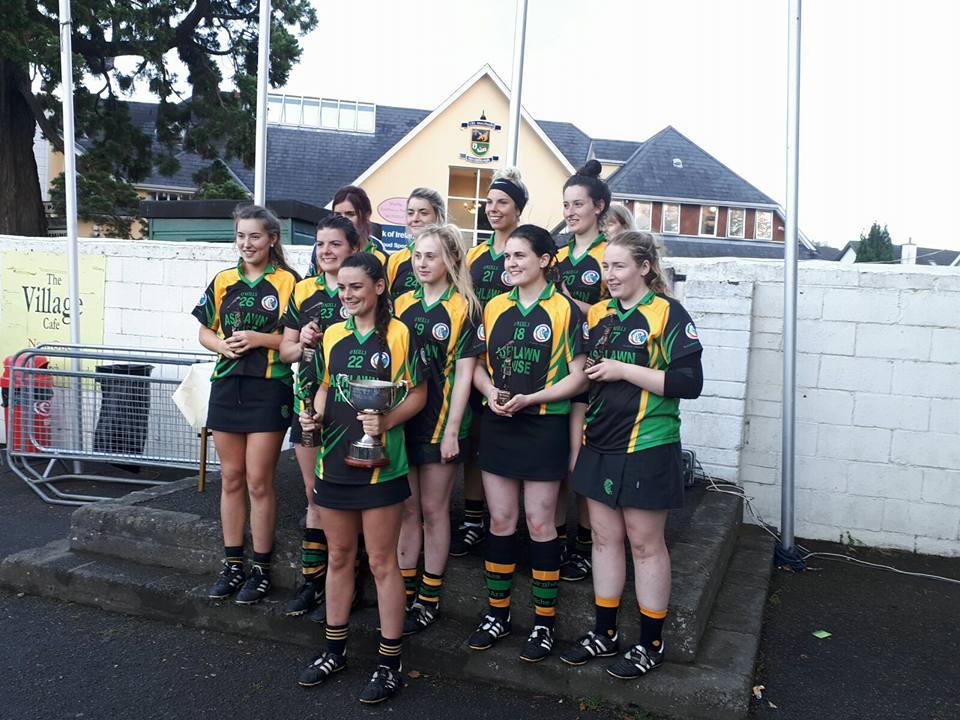 Burgess/Duharra Tipperary
The Sean Flynn Shield went to St. Brigids of Kilkenny who overcame Myshall of Carlow 6-4 to 4-4, while the Plate went to Offaly side Naomh Bríd who defeated Down representatives Kilcoo 4-7 to 2-6. 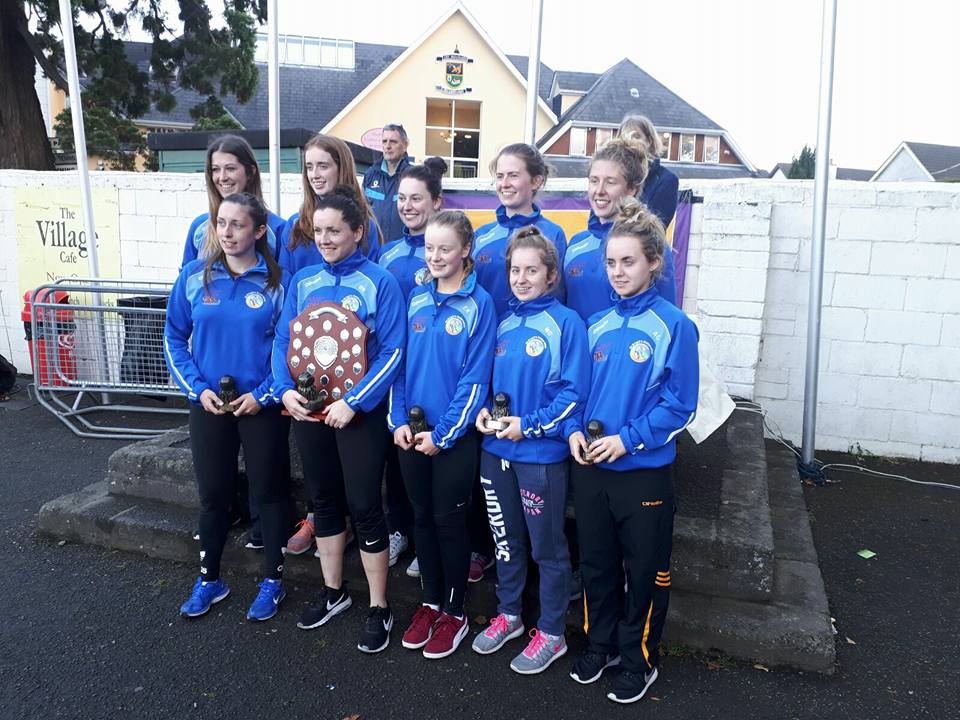 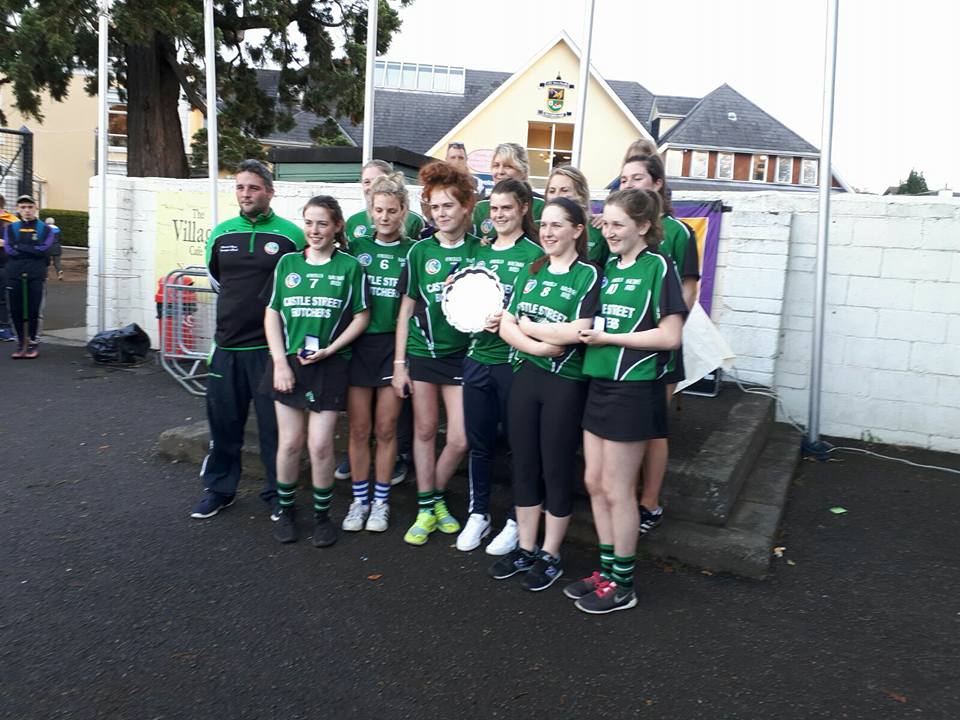 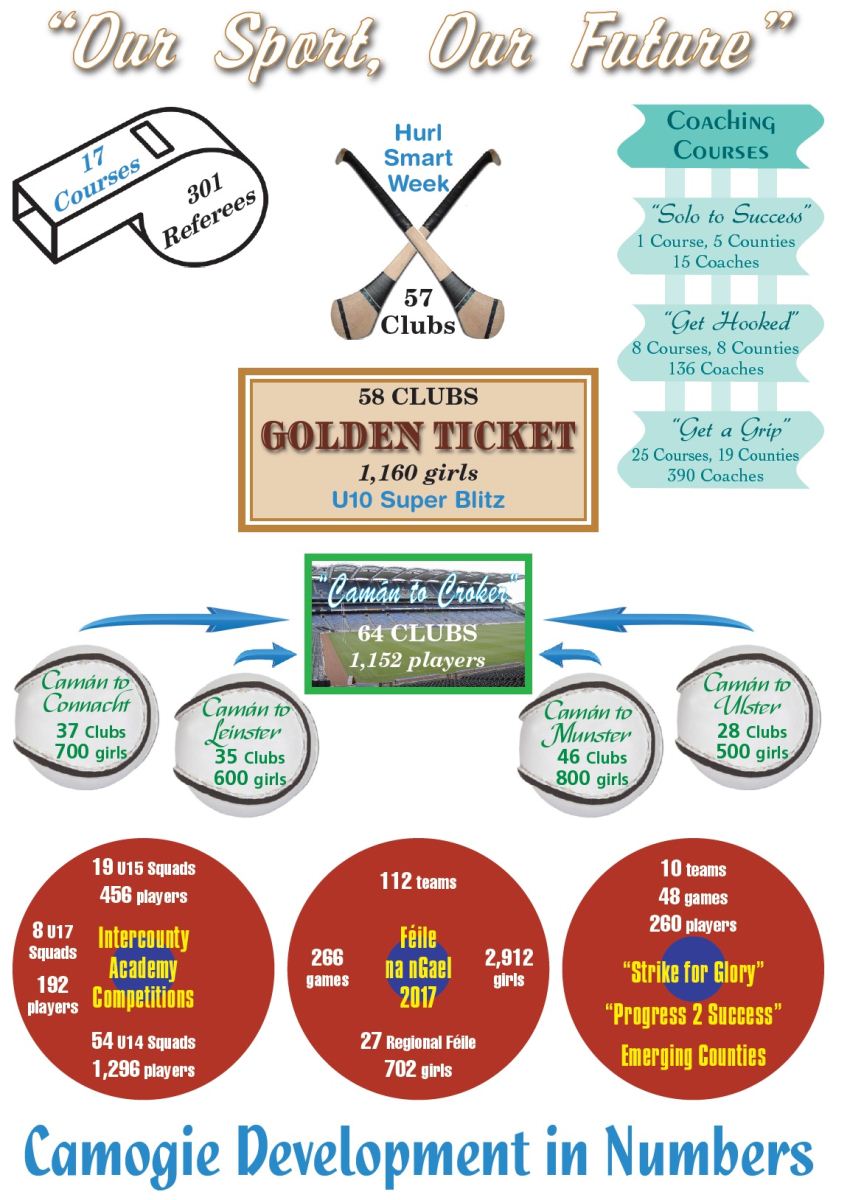