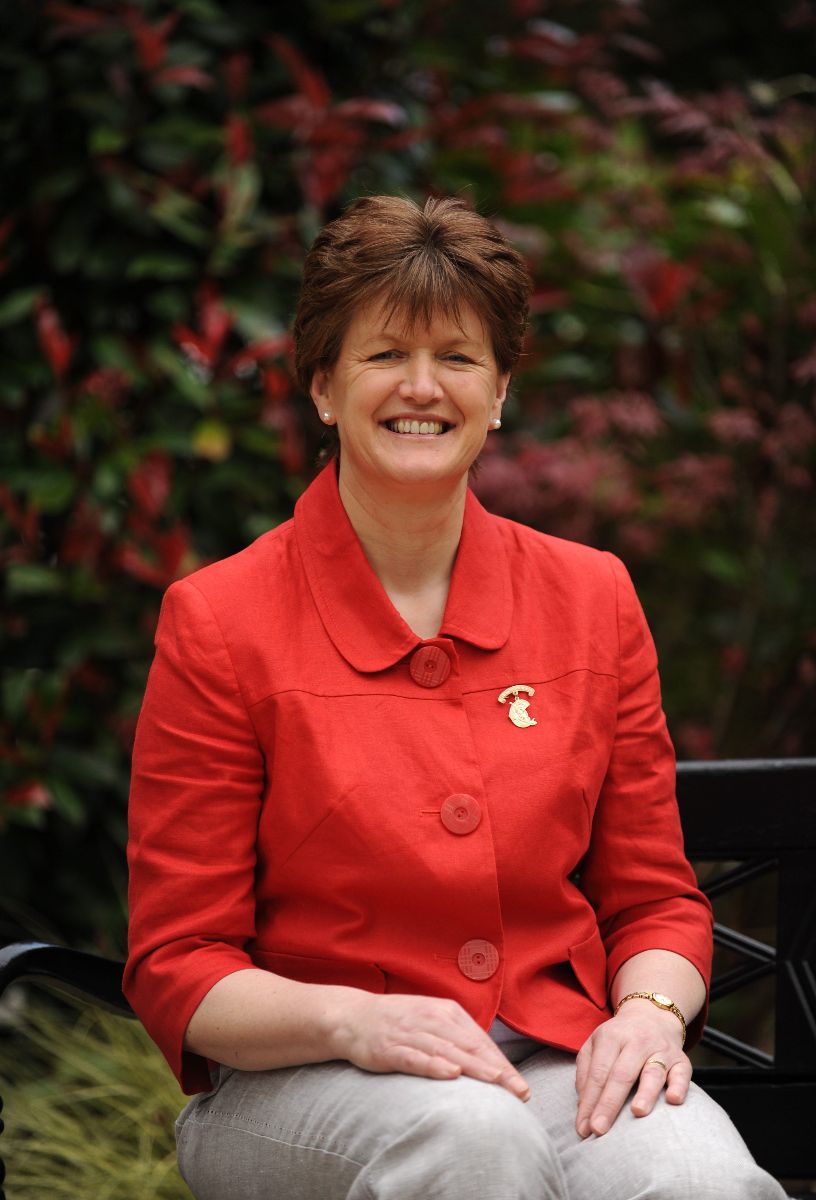 Originally from Dublin, Lawlor is literally steeped in camogie having won All Ireland club titles with Crumlin as well as adding inter-county league and provincial honours before moving to Westmeath where she has been a resident for over twenty years.

She joined the St Munna’s club in her adopted county, securing eighteen county titles in an amazing running streak for the club. In addition to a lengthy playing career (Lawlor finished playing camogie in 2009); she has also refereed at all levels, taking charge of two All Ireland Finals in 2002 and 2004. She has also served at all administrative levels within the Association in addition to serving on numerous national committees.

Lawlor takes up the post of President for a three year term and has identified increasing the number of female referees; expanding the Association’s membership and building strong links with international units as her primary areas of focus.

It’s that time of year again and the Irish Daily Star League crowns are up for grabs. Following a highly competitive league with plenty of thrills and spills, along the way, the Division Three and Four deciders take centre stage this weekend, Sunday April 22nd.

Up and coming Kildare take on Armagh, a side with whom they have enjoyed some memorable tussles in the last number of years, while in the Division Four encounter, Carlow bid for national glory against a resurgent Dublin team.

Both finals take place at the superb Donaghmore Ashbourne facilities in Meath. Throw in tie time for the Division Four final is at 1.00pm while at 3.00pm Kildare face Armagh. Admission prices are €15/£10 per adults; €10/£5 student & OAPS; U16s go free.

Photographs from the Division Three & Four photocall took place yesterday (April 17th) at Croke Park and pictures are available to view at http://www.cquinnphotography.com/

On May 6th the Division One and Two Irish Daily Star League Finals take place. However, all division one teams will have to negotiate the important matter of a semi-final, with Cork facing Galway and current League holders Wexford playing Kilkenny in the Division one semi final ties on Saturday and Sunday, April 28th & 29th respectively. In Division Two, Meath will be bidding for their second league crown in a row (they won the Division Three title in 2011) when they face a powerful Derry side on Sunday, May 6th. To keep up to date with all fixtures go to http://www.camogie.ie/fixtures-results.asp 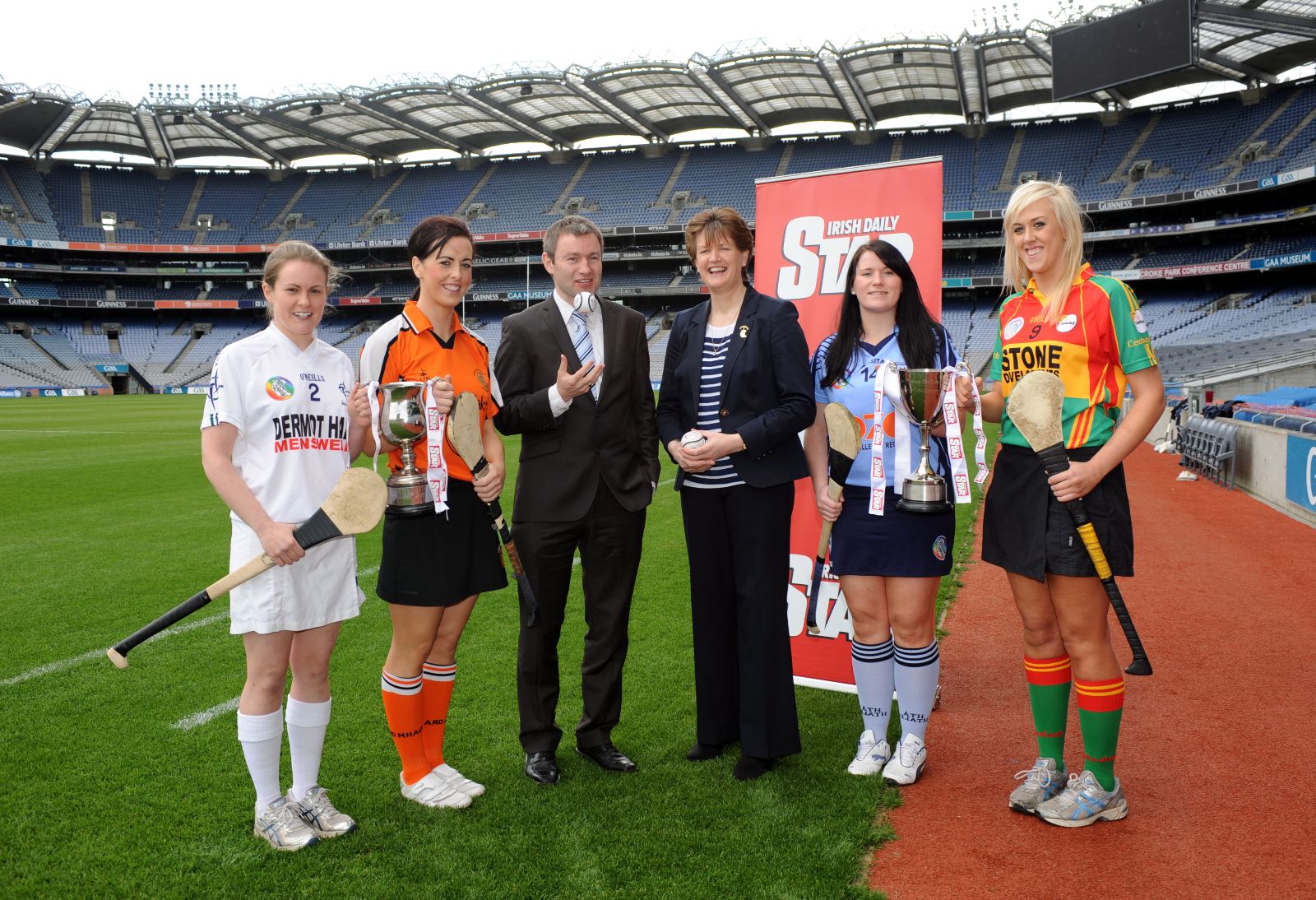 Minors gear up for major show-down

The country’s top inter-county camogie stars are gearing up for a major weekend of action as the All Ireland Minor A & B finals take place on Saturday, April 21st.

Galway face arch rivals Kilkenny in MacDonagh Park, Nenagh at 2.30pm. The Cats will be bidding to erase the memory of last year’s heart-breaking defeat to Tipperary but face formidable opposition in a Galway side, who overcame Tipperary in a pulsating replay encounter on Saturday afternoon (April 14th). In the All Ireland Minor B grade, Derry face Wexford in Naomh Peregrine, Blakestown (Dublin) while the final pairings for the Minor C grade have yet to be confirmed with Westmeath facing Kerry and Down taking on Laois. All games also on Saturday April 21st. 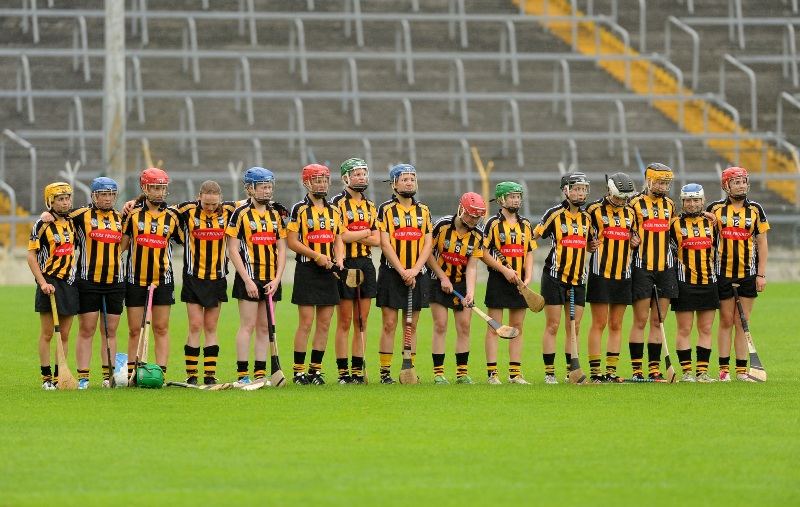 Pictured above Kilkenny Minor Camogie team stand for the national anthem before facing Tipperary in the 2011 Minor A Final. The Cats will be aiming to atone for that defeat this weekend.

On Saturday, May 5th over 700 budding camogie stars will take to the field in Croke Park in the inaugural Caman to Croker competition. 48 U12 camogie club teams will play Go Games in GAA HQ as well as availing of the superb Croke Park museum tour.

Each entrant to the competition had to outline why they felt their U12 club team should be chosen to play in Croke Park. Following an unprecedented level of entries, 48 teams were picked. Congratulations to all who entered and to those selected.

Below are the full list of U12 Camogie Club teams who will line out as part of a full day of activities at Croke Park on Saturday, May 5th.

Mini-games action pictured during last year’s All Ireland Camogie Finals: On Saturday, May 5th 48 club teams will line out in a major Go Games competition. 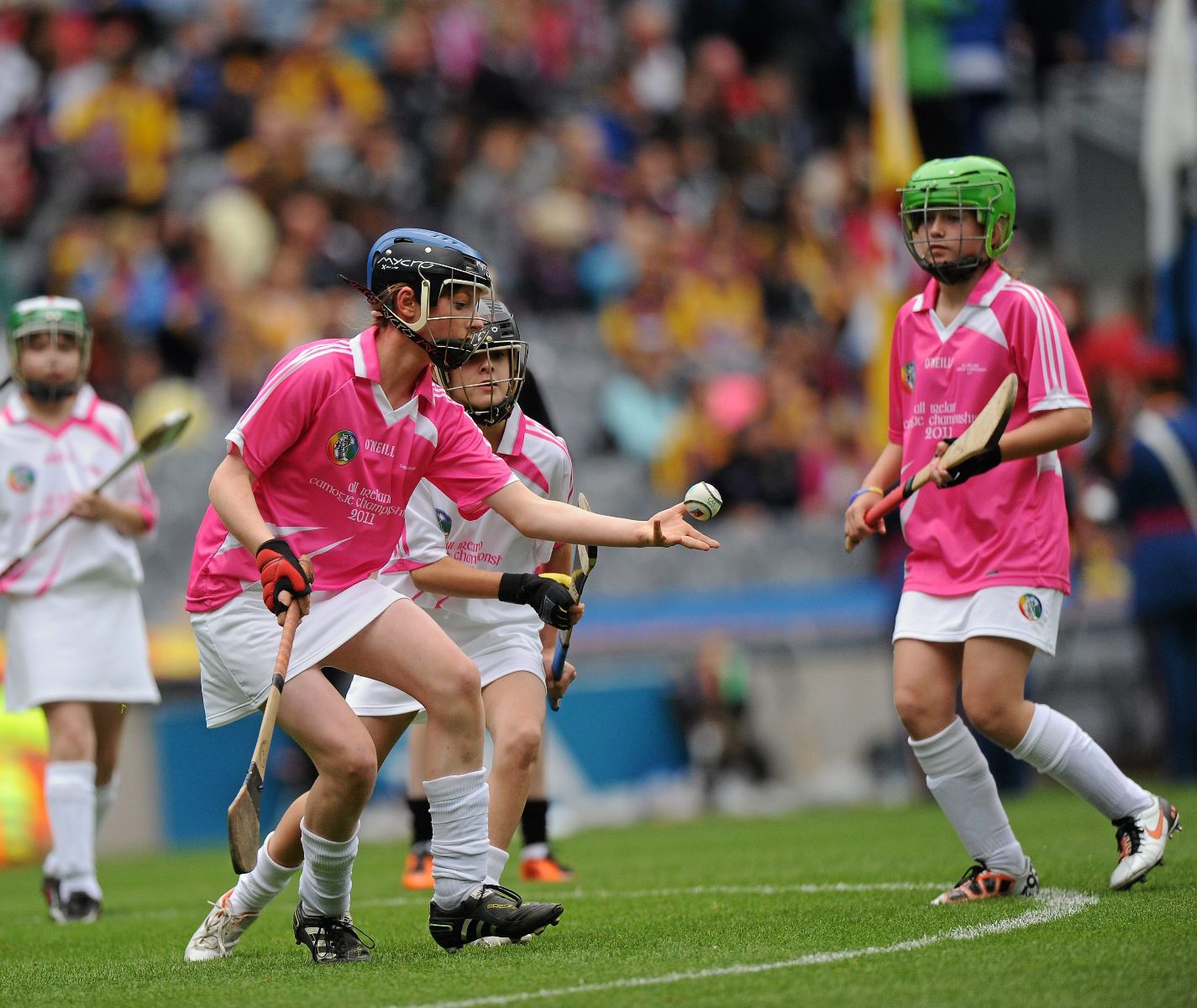 Camogie dominated the Easter break with numerous well-attended Easter Camogie camps taking place nationwide. A quick round up from around the counties gives a flavour of the action:

The camps were also visited by inter-county stars Therese Manton, Aoife Lynskey, Tara Ruttledge and Anne Marie Hayes who provided lots of coaching skills and tips. The camps were for 5-12 year olds and each participant received a ‘Camogie-Gotta Luv it!’ t-shirt along with stickers, book marks, keyrings etc. Meanwhile in Munster over 290 girls attended seven Easter Camogie camps. 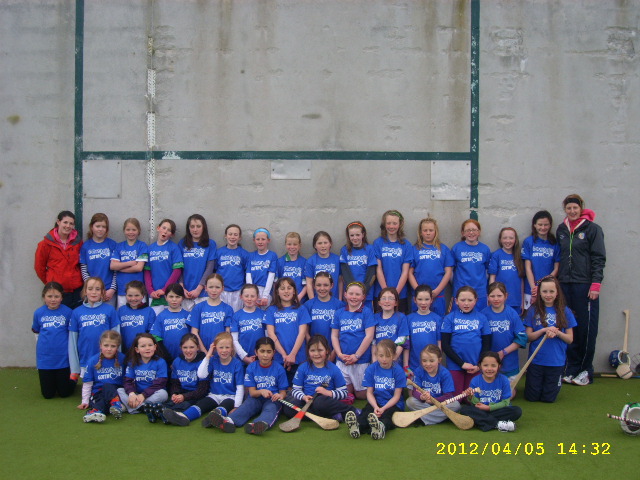 Pictured: Moycullen Camogie Club at their 2012 Easter Camp in Galway

Donegal’s County Feile Skills competition was held on April 5th in Lettterkenny. The over all winner was Una Quinn from Donegal’s newest club Letterkenny Gaels. Una will now represent Donegal in the national Feile skills competition due to be held in Dublin in July.

To click onto Clare Camogie Board go to: http://www.clarecamogie.ie/

To click onto Kerry Camogie Board go to: http://kerrycamogie.com/kc/

Wexford Camogie would like to welcome their newest club Ballygarrett who have recently formed and will be fielding underage teams very shortly. Ballygarrett are the 35th club in Wexford.

In order to strengthen Wexford town’s camogie club Faythe Harriers, there was a re-launch meeting held in The Talbot Hotel, Wexford. To promote the club there is a fun puck around evening organised on Friday 20th April from 6pm to 8pm and all girls up to 14 years of age and their parents are invited to come along, learn skills, meet new friends, see the All Ireland Cups and meet some of the Senior All Ireland players.

At a recent Wexford GAA Supporters Club awards night, Ursula Jacob was honoured with the Camogie player award. JJ Doyle received a special achievement award for managing both the Wexford Senior and Intermediate teams to All Ireland glory last September.

The Hall of Fame award went to Margaret Leacy from Oulart/The Ballagh Club. Mother of Mary and Una, Margaret has devoted her life to camogie both as a player and selector. She was a Selector with this year’s victorious Oulart/The Ballagh camogie team that lifted the All Ireland Club Championship and is currently involved with the underage set up in Wexford Camogie. Congratulations to them all.

A hugely successful Camogie tournament was held at the International Pan Celtic Festival in Carlow Town on Saturday and Sunday April 14th & 15th.

In the Supermacs Drive Thru Carlow Town sponsored Camogie finals, Club All Ireland Finalists Drom/Inch collected the Senior A title defeating St Catherine’s of Cork while in the Senior B Myshall of Carlow beat Glen Rovers of Cork. Meanwhile in the U16A Final Toomevara of Tipperary beat Douglas of Cork and St Cillians of Offaly defeated Tullamore in the U16B.

Pictured: Action from the 2012 Pan Celtic Tournament in association with Supermacs Drive Thru Carlow Town. 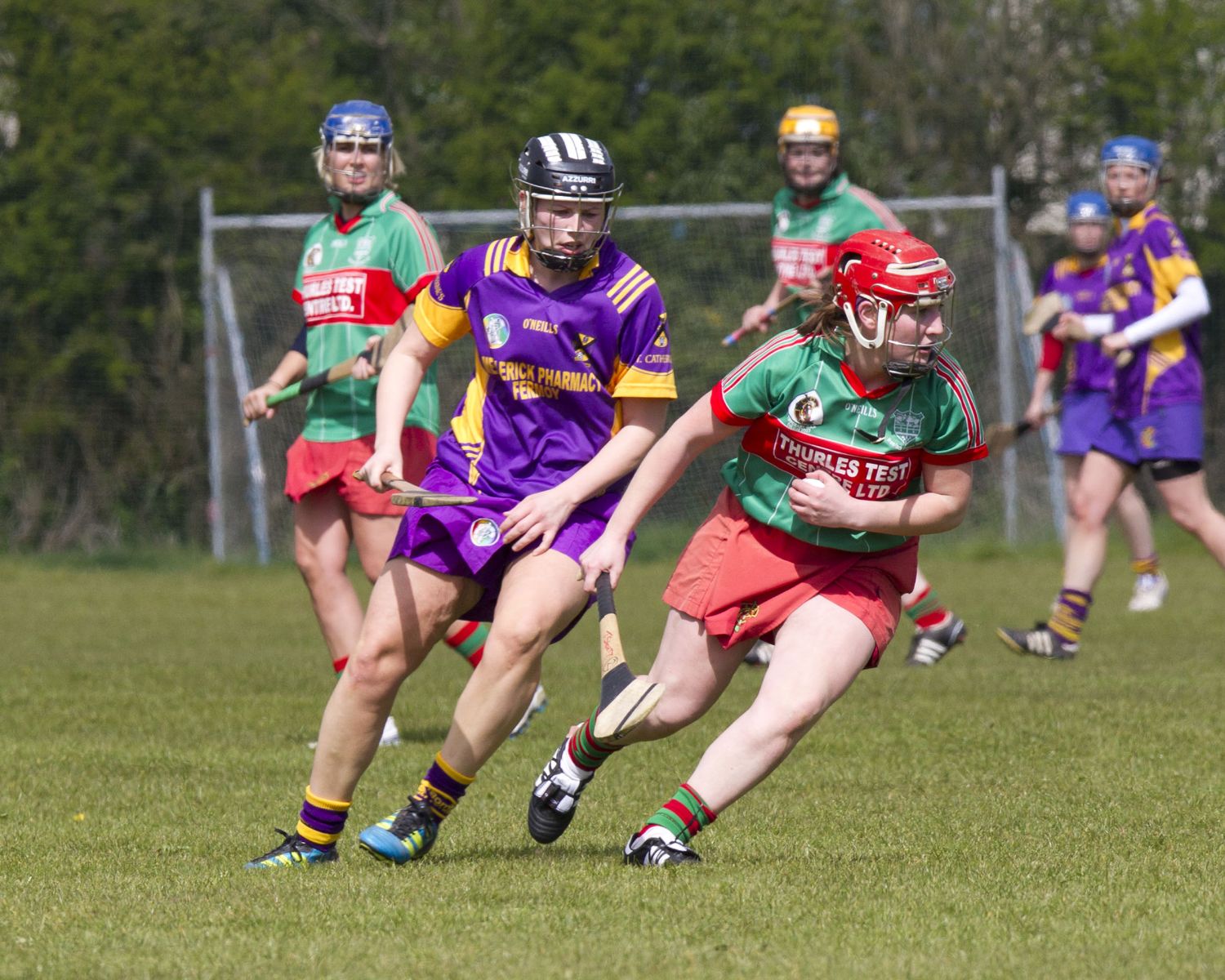 Congratulations to Leanne Nolan, Oulart the Ballagh, Wexford who was picked as the winner of the O’Neills/Camogie Association All Ireland Club Finals Facebook competition winner. Leanne will receive a €500 voucher for O’Neills on-line store.

Keep up to date with news, fixtures, results and photographs by following us on www.facebook.com/CamogieAssociation

On the Ball Spring Summer 2012 is now online at camogie.ie, Click to read this season’s edition packed full of interviews, coaching tips and all things camogie related!