The countdown is on to the All Ireland Camogie Finals in association with RTÉ Sport on Sunday September 16th in Croke Park.
Wexford and Cork have made it safely through to this year’s senior final, defeating Offaly and Galway in their respective semi-finals in Nowlan Park on August 18th.
Derry take on Galway in the Intermediate decider and Down face Meath in the Premier Junior final.
The triple header All Ireland Finals take place in Croke Park on Sunday September 16th. The All Ireland Premier Junior Final throws in at 12 noon; the Intermediate Final at 2.00pm and the Senior decider at 4.00pm. The Premier Junior final will be broadcast live on RTÉ.ie while the Intermediate and Senior ties are broadcast on RTÉ The Sunday Game with the Senior game also broadcast on RTÉ Radio One Sunday Sport.
Admission prices are as follows:
All Ireland Championship Finals in Croke Park
Adult: €30
Student/OAP: €15
Juveniles (U16): €5
Family passes presale only: 2 Adult and 2 Children €60 (each additional child €5)
Family passes presale only: 1 Adult and 1 Children €30 (each additional child €5)
Group orders: For every 10 children’s tickets purchased at €5 get one adult free.
*There will be no family or group passes available for purchase on the day. 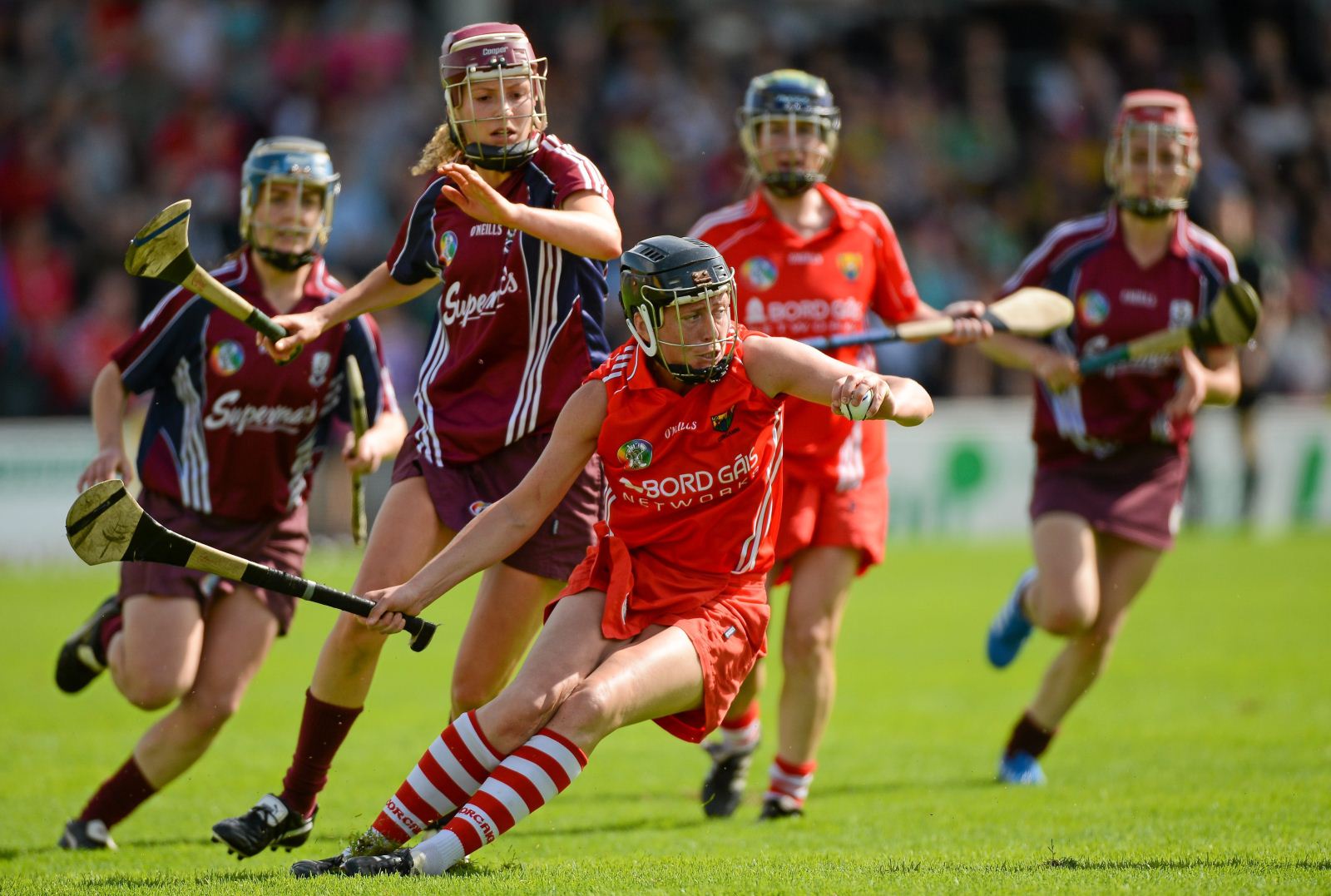 It’s a jam packed weekend on Saturday & Sunday September 15th & 16th. While the big ticket event takes place on Sunday, September 16th at Croke Park there is plenty of action taking place on Saturday, September 15th as a ‘warm-up’ to the finals.
First up the annual Daintree Paper All Ireland Kilmacud Crokes 7s is taking place at Kilmacud and it promises to be a great day of camogie as over 60 teams from across the country compete for the All Ireland 7s title. The Inaugural U14 All Ireland Finals blitz also takes place at venues in Dublin with over 1200 girls from 30 counties participating. See www.camogie.ie for more information shortly on this event.
Later that evening, the Camogie Association Annual Fund-raising night takes place at Shelbourne Greyhound Stadium. Tickets for the Camogie Fundraiser are priced at €10 and provides for entry to Shelbourne Race track; racing programme plus entry to the Camogie Association Buster Draw with first prize of a weekend break at the City West Hotel, family passes to the Etihad Skyline and Croke Park Museum and a €750 cash prize. In addition, tickets also provide for entry to the Camogie Club Draw with a set of camogie jerseys and socks courtesy of Kukri Sports for a club team of your choice.
Tickets can be purchased in advance by contacting Siobhan Lafferty, Camogie Office on 01 865 8652 and emailing Siobhan@camogie.ie 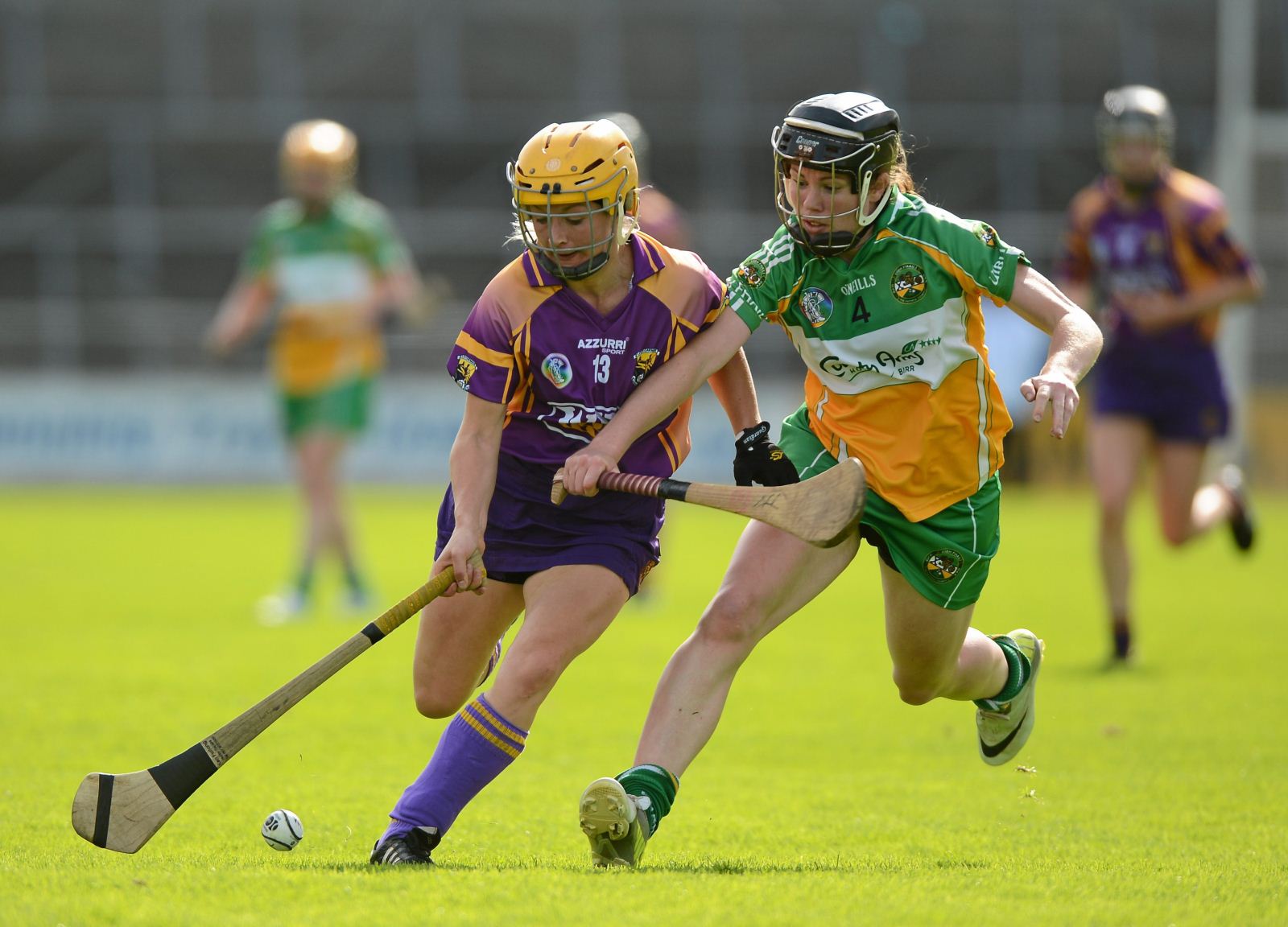 A super camogie camp took place in Kildare from the 7th to the 9th of August. This was Kildare’s first ever Super Camogie camp and was primarily aimed at girls aged 7 to 12 years of age. The girls took part in 3 days of action-packed fun-filled activities which revolved around maximising enjoyment and sustaining participation in Camogie.
26 girls took part in total from 10 different clubs across Kildare. The girls experienced first hand top class coaching by Inter-county Camogie sisters Aoife and Fiona Trant over the 3 days.
Kildare Camogie captain Niamh Breen also visited the camp with the Irish Daily Star League cup and Aoife Trant also brought her Player of the Year awards along for the girls to see and hold. A big thank you to Kildare GAA for the use of their excellent facilities in Hawkfield and to all the girls and coaches for a very successful camp.
Camogie Lifestyle & Performance Camp
48 girls took part in an advanced Camogie Lifestyle & Performance Camp from the 17th to the 19th of July in two venues in Dublin. Erins isle and Faughs Celtic hosted these camps that were aimed at girls not involved with County Development squads. The girls represented over 10 different clubs across Dublin.
Various Dublin Senior Camogie players took time out of their busy schedule to come and train the girls along with Dublin GPOs. Over the three days the girls learned advanced training techniques and listened to advice from their Camogie idols.
Nutritionist Lauren Delaney attended both camps and gave the girls an insight into what they should be consuming as young athletes before, during and after training/matches and the importance of nutrition and hydration. It is hoped that the girls will bring back the great experience they have gained to their clubs. A big thank you to all involved
For more information on camogie in Kildare/ Dublin, please contact Carol Nolan on carol@camogie.ie
Yvonne Byrne Regional Development Officer with the Camogie Association co-ordinated a very successful 3 day camp in the Na Magha Club in Derry city. This 3 day camp consisted of skill development and fun games. There were 32 girls from the ages of 6 to 15 years on the camp. Club secretary Sharon McCullagh was delighted with the response as 16 of these were newcomers to the sport. Prizes and t-shirts were given out on the last day and it is hoped that the newcomers will now join the club and continue to play Camogie in Derry city.
Earlier this week a very successful camp was run in Birr in Offaly by Lizzie Flynn, Regional Development Officer for Offaly in conjunction with the Offaly County Board. The camp was run for girls between the ages of 6 and 12 years with 73 girls attending in total. Thanks to Michaela Morkan, Aoife Kelly ad Shelia Sullivan, Offaly Camogie players who coached on the camp and advised the young players in relation to all aspects of the game. At the end of the 2-day camp each girl received a camogie t-shirt and had the opportunity to quiz the coaches. Thanks also to Michelle Maher and Jason Flynn for coaching. Everyone is looking forward to next year’s camp already!

As part of the Camogie Association’s underage development model the roll out of the Under-15 development programme was a major focus in 2012. This development model encourages all counties to run a development programme for their under 15 players. The idea of this model is to encourage players from all clubs in the county to participate in organised sessions (Schools of Excellence) over a set number of weeks.
The programme concluded on Saturday August 18th with a National participation blitz which took place in O’ Loughlin Gaels, James Stephens and Clara pitches in Kilkenny. All of the teams paraded at half-time in the Offaly and Wexford game and received a warm reception from those attending.

The third annual Camogie Association Golf Classic in association with MMI.ie takes place at the superb Castleknock Golf Club on Wednesday, September 26th. Dust down those clubs and get ready for a fantastic day of golf!
This year’s classic invites teams of four (males and females) to enter at a cost of €260 with golf, goody bag and lunch provided on the day. It is a four ball event, with two scores to count. Tee off times are from 9.30am to 2.20pm. Early booking is advised to secure your choice of tee-time.
The first prize for each member of this year’s winning team is a superb complimentary weekend break in The Croke Park Hotel – two nights Bed & Breakfast on a weekend of choice, with dinner for two on one night. Second and third prizes in addition to spot prizes for longest drive and nearest the tee are also available.
Show your support for the Camogie Association and book your golf team in for this year’s event.
To download a form click on the attached link
Camogie Association Golf Classic 2012

The strongest field yet might have been assembled for the Poc Fada at Annaverna on Saturday, August 4th but it made no difference to Waterford’s Patricia Jackman. 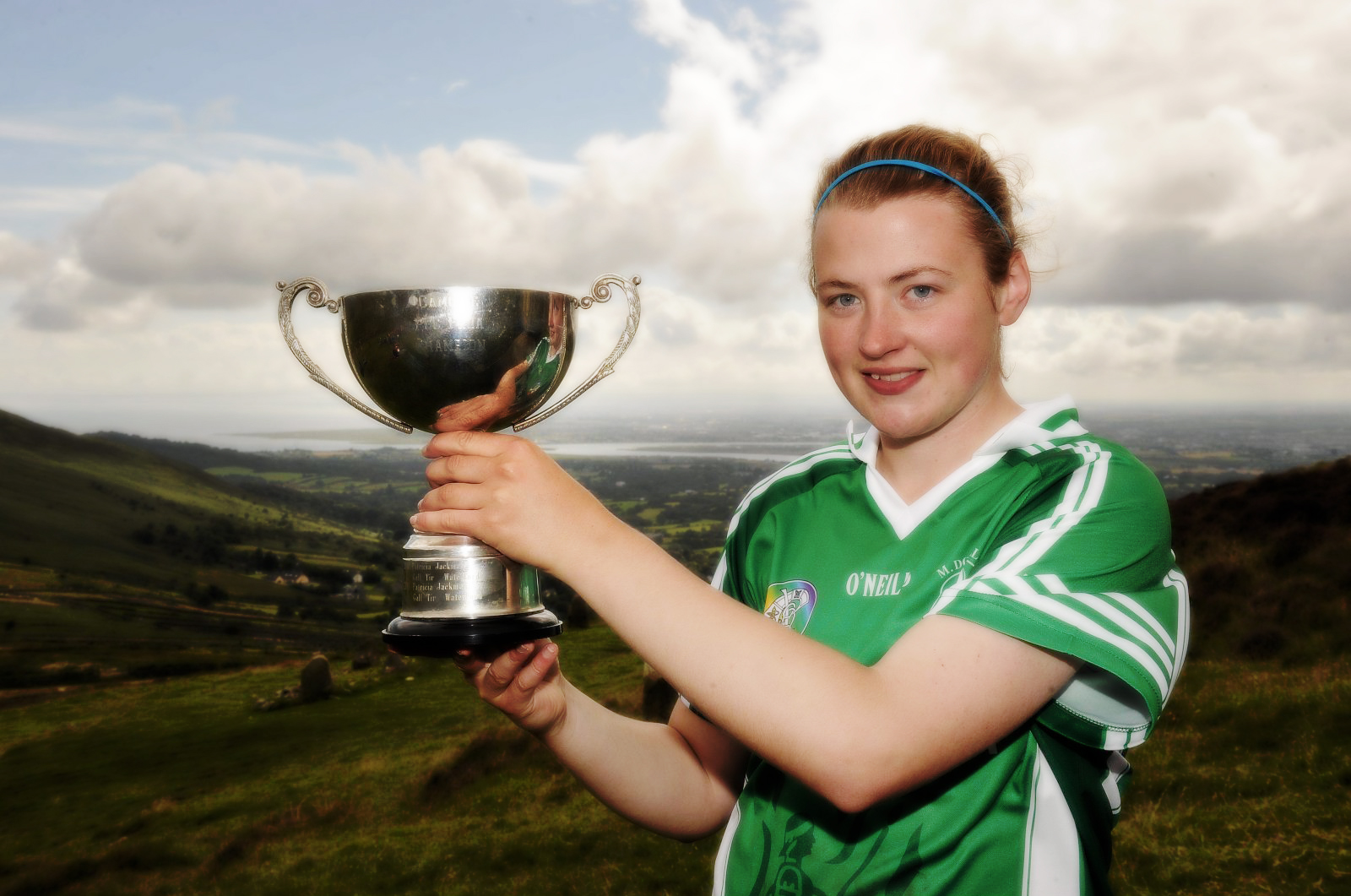 The 21-year-old Waterford and Gaultier ace made light of the testing conditions to retain the title and annex an historic fourth in succession. She completed the course in 29 pucks.
She faced strong competition from Aoibheann Murphy (Armagh), Niamh Mackin (Louth) Rachel Monaghan (Connacht) Stephanie Carthy (Leinster) Martina McMahon (Munster) but despite intense pressure from the chasing pack, Jackman managed to hold on to the M.Donnelly Poc Fada title.