Latest
The date for the Camán to Ulster event has been announced! Ulster clubs are invited to register for the event  in Páirc Esler, Newry on Saturday 9th May. Closing date for registrations is Friday 24th April at 5pm. All clubs that register for the Ulster day will be put into the draw to play in Croke Park at the ‘Camán to Croker’ day in July.
Register here
Other development News this week….
·         Pan Celtic Derry 2015
·         Easter Camps
-Burt
-Carlow
-Laois
-Wexford
-Na Magha
-Galway
·         Goalkeeping workshop Galway
·         Ulster GAA Tutor Assimilation
·         Mayo schools play at half time of NFL in McHale Park
·         Wicklow Secondary Schools Blitz
·         Camán to Thurles- Teams Announced!
·         Up coming…
Pan Celtic Derry 2015
The annual Pan Celtic event took place in Derry on Saturday 11th April.
The U16 A competition had 8 teams from Antrim, Armagh, Cork, Derry, Down and Galway teams taking part. Portaferry, Killimordaly, Charleville and Ballycastle reached the semi -final stages. Ballycastle and Portaferry advanced to the final with Ballycastle winning out on a score line of 2-6 to 1-3. 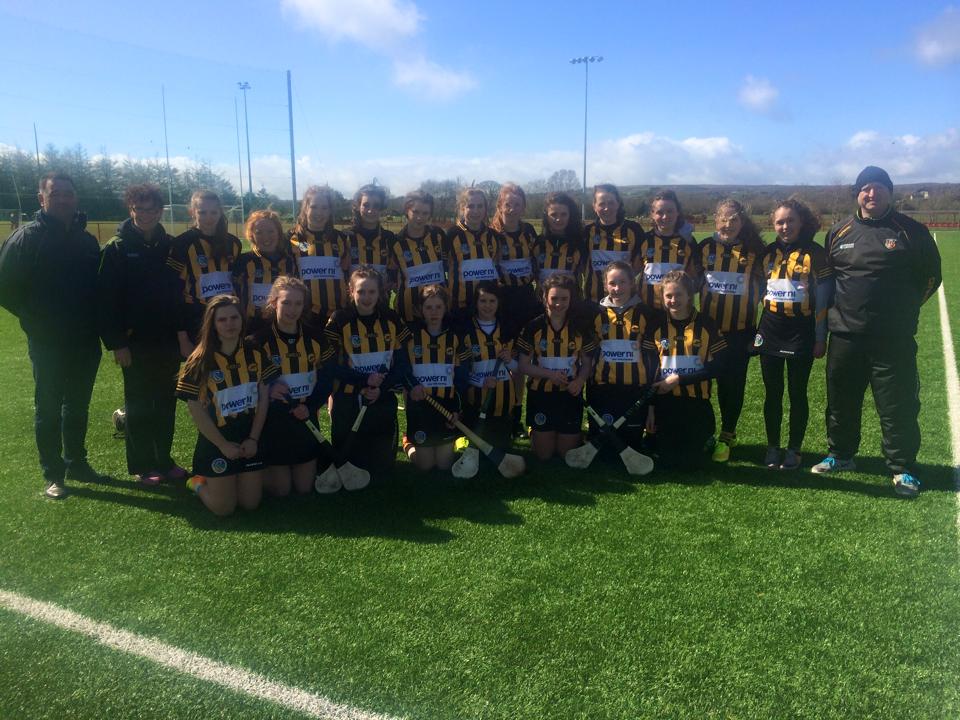 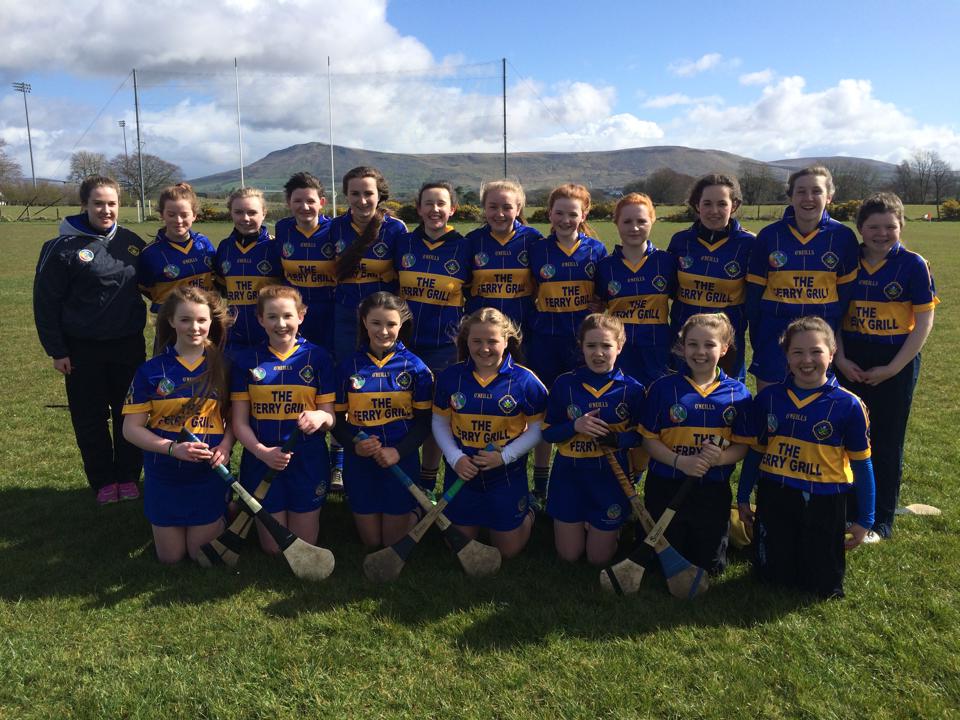 Portaferry
In the U16 B Competition, 6 teams took part from Antrim, Armagh, Derry, Down and Tyrone. St Brigids, Eglish, Clonduff and Creggan advanced to the semi final stages with Clonduff and Eglish reaching the final. Eglish won out on the day. 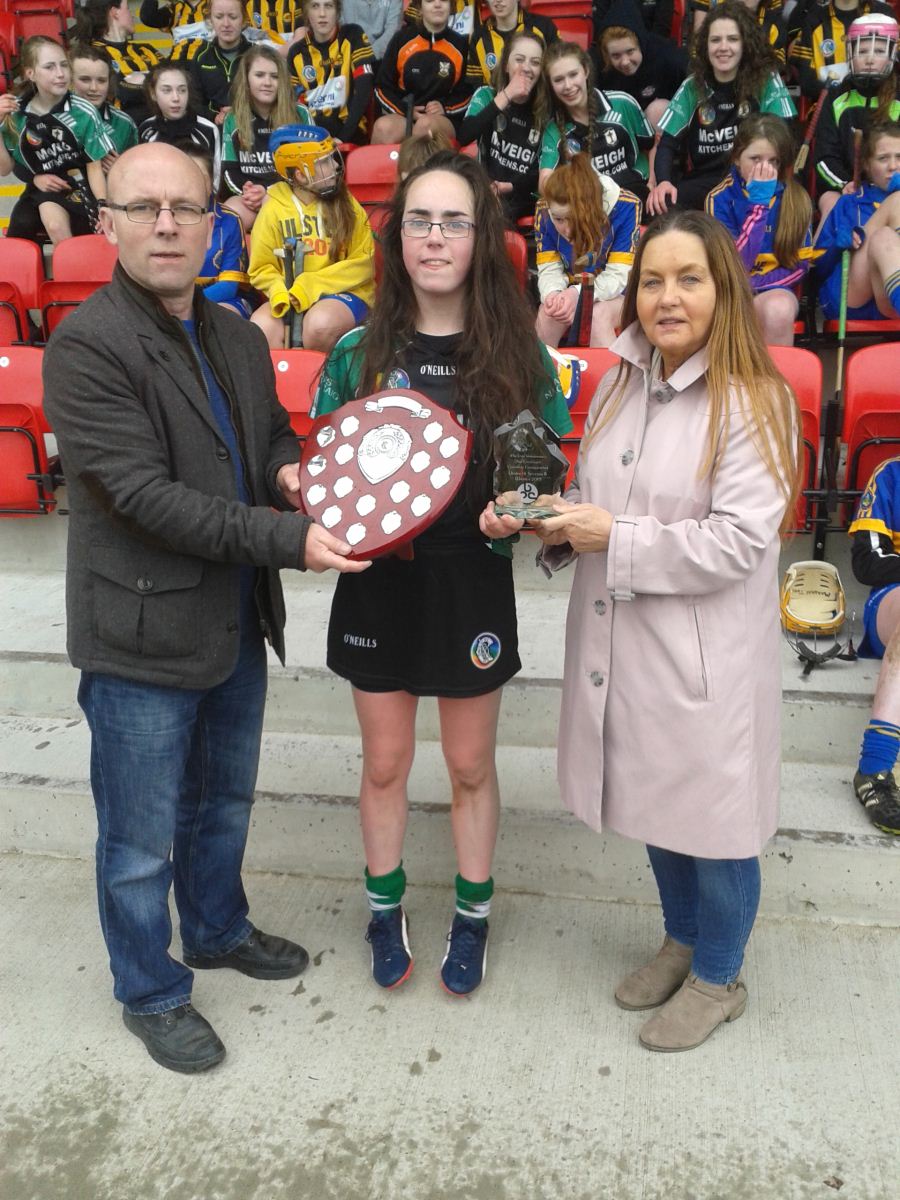 Eglish presentation
In U16 C Competition, Na Magha, Baileborough and Dungannon battled it out to be crown champions.  Dungannon and Baileborough competed in the final with Dungannon winning out on the day. 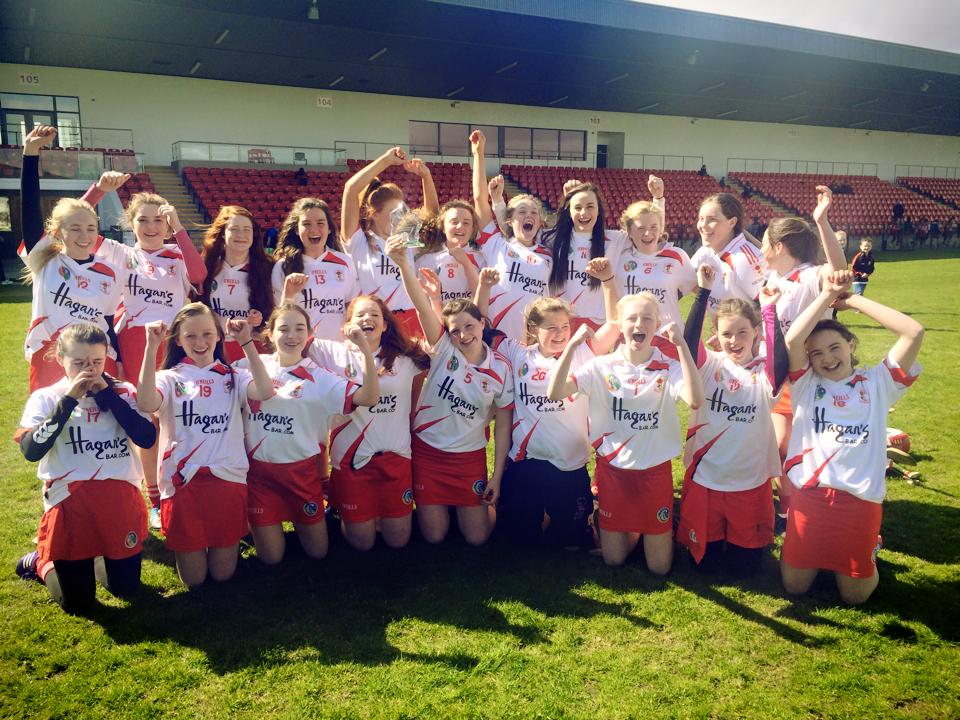 Dungannon
In the adult competition, Glenullin took on Bridini Oga in Senior Final with Glenullin winning on a 1.9 to 1.2 scoreline. 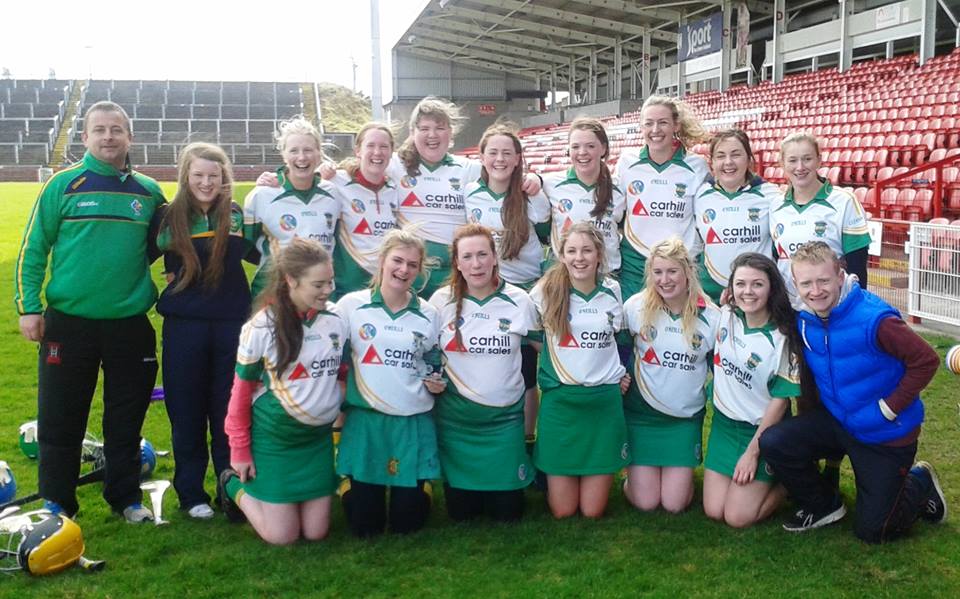 Glenullin
In the Junior final Drumsurn took on current champions Na Magna in Celtic Park. This proved to be a close contest with Na Magha retaining their title.

Na Magha
Next year’s competition will be on Saturday 1st April in Carlow.
Easter Camps
Burt Easter Camp
Girls from Burt came together to take part in an Easter Camp in Burt. The girls participated in fun, non-competitive environment, learning new skills and new ideas. During the day they took part in wall ball to improve their camogie skills. 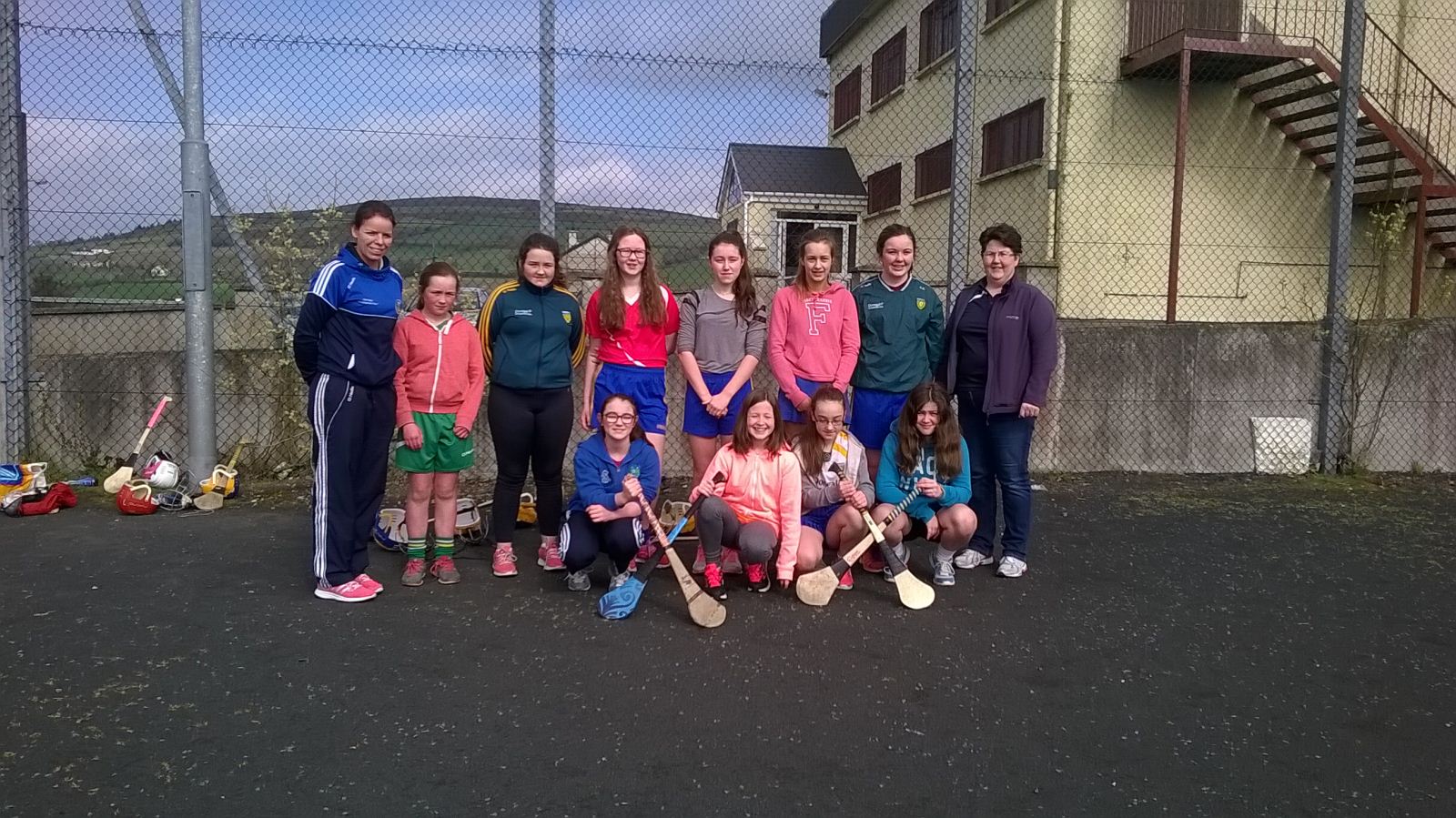 Burt
Carlow Easter Camp
Carlow Camogie provided an Easter camp for girls between the ages of 6 and 16.
County players Ciara Quirke, Michelle Boland, Niamh Doyle and Shannon Kavanagh were on hand to coach girls and pass on their expertise. 58 girls took part in the camp which was held in McGrath Park in Baganelstown. 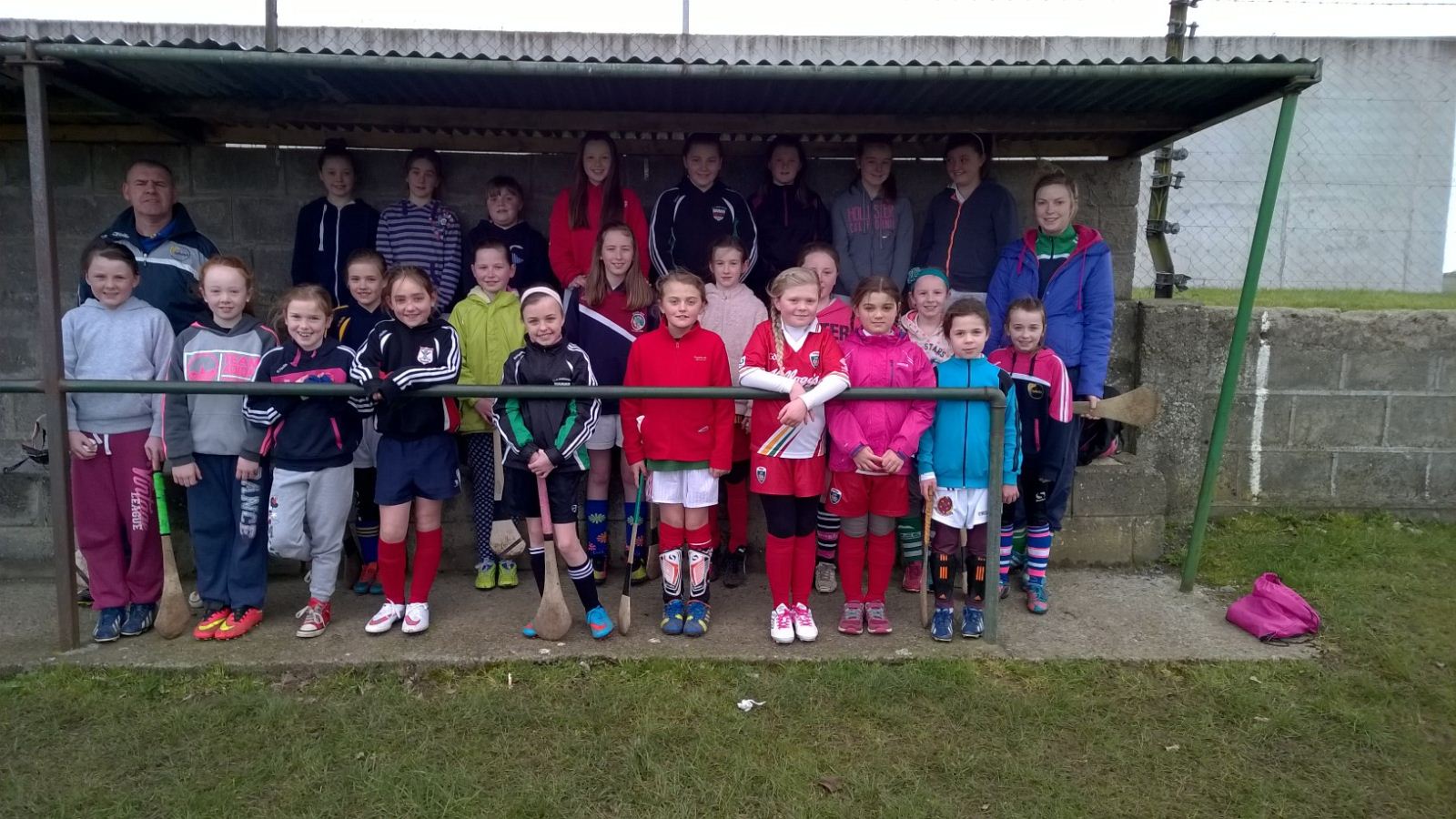 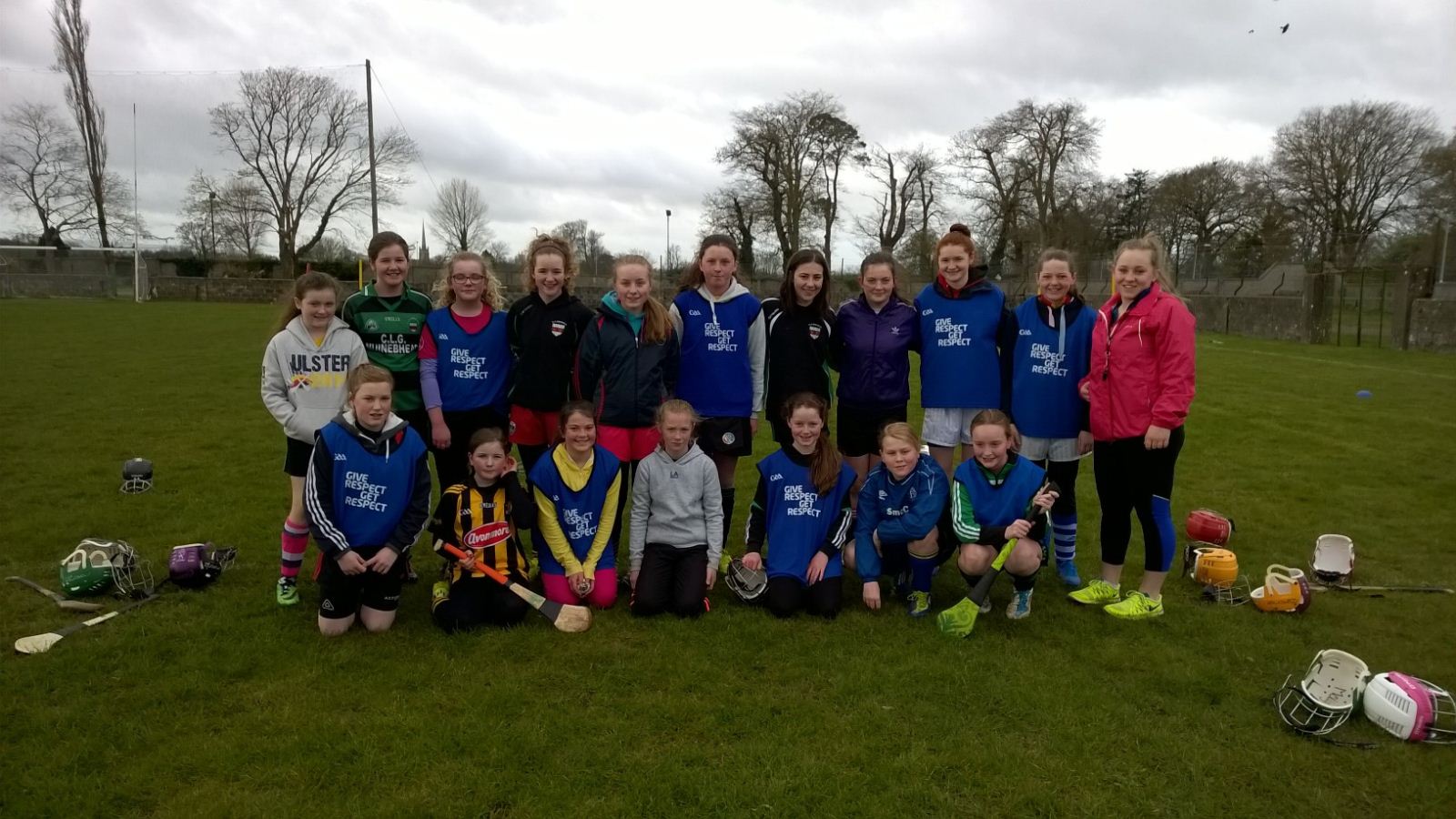 Carlow Easter camp
Laois Easter Camogie Camp
Laois Camogie ran an Easter camogie on the first week of the Easter holidays. 57 girls from clubs in Laois took part in the camp which was held in Clonad GAA club.
Mary Cotter was the lead coordinator  of  the camogie specific camp. 16 county players helped out over the 3 days and this was a massive boost to the young players. 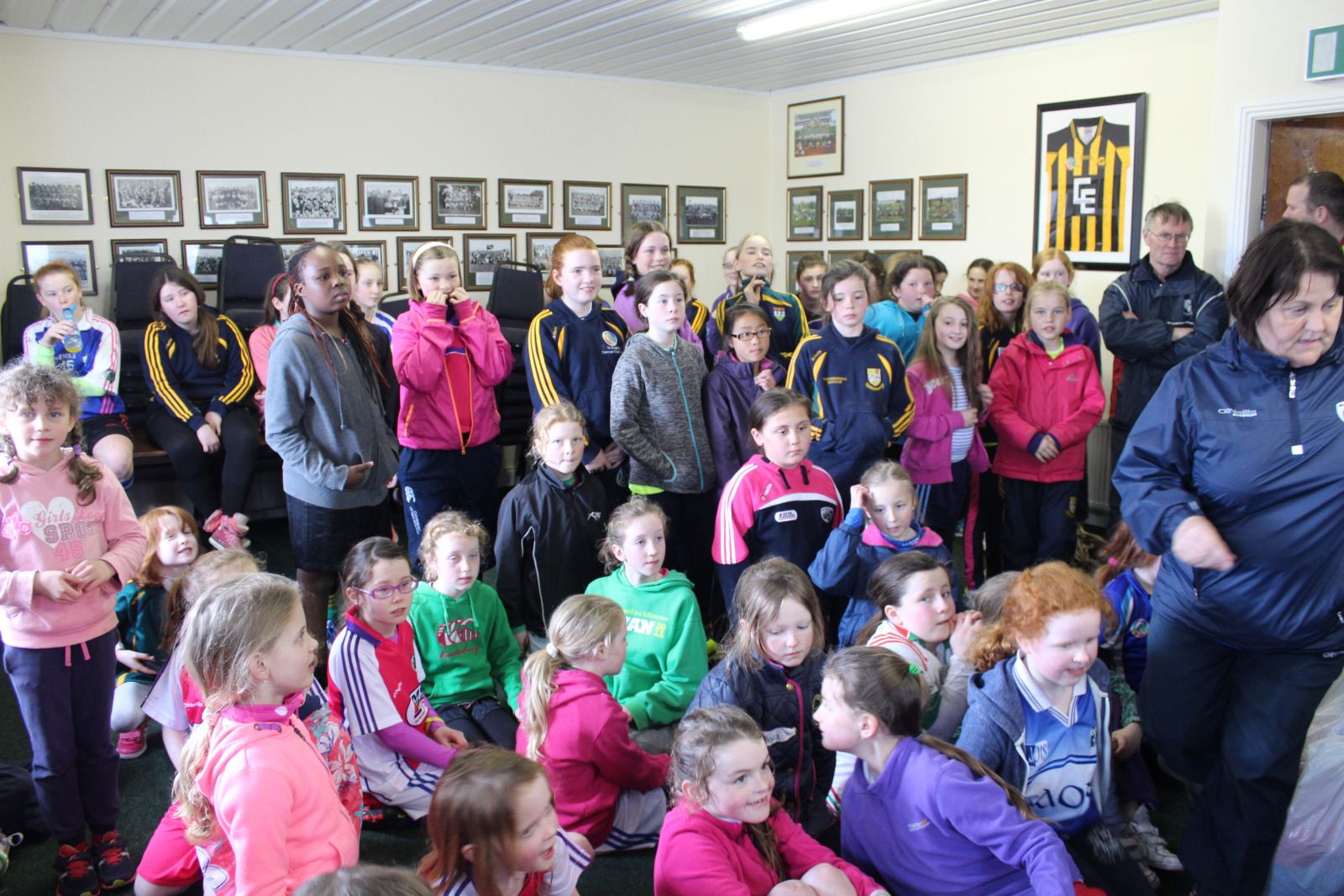 Laois Camp
Wexford Easter Camp
On the 7th, 8th and 9th of April 79 girl from 7 clubs took part in the Wexford Camogie Easter Camp. The camp was held in St.Martins GAA grounds.  Wexford Camogie stars such as Katrina Parrock, Deirdre Codd, Deirdre Colfer, Linda and Lisa Bolger, Marie Claire Morrissey and Ciara Neville provided expert coaching to all the young stars of the future.
A special mention must go to our young coaches Laura Dempsey and Sarah O’Connor who also helped with the coaching. 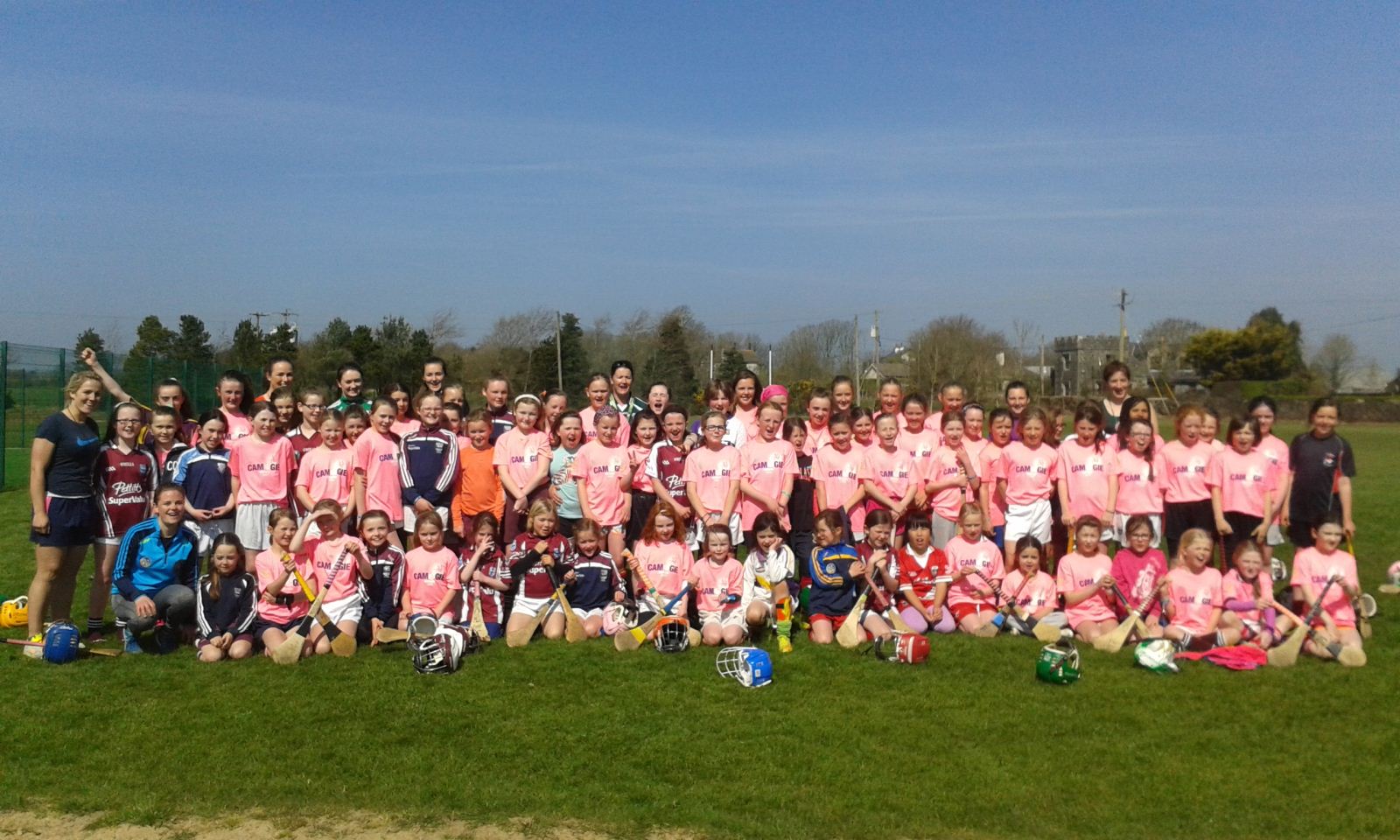 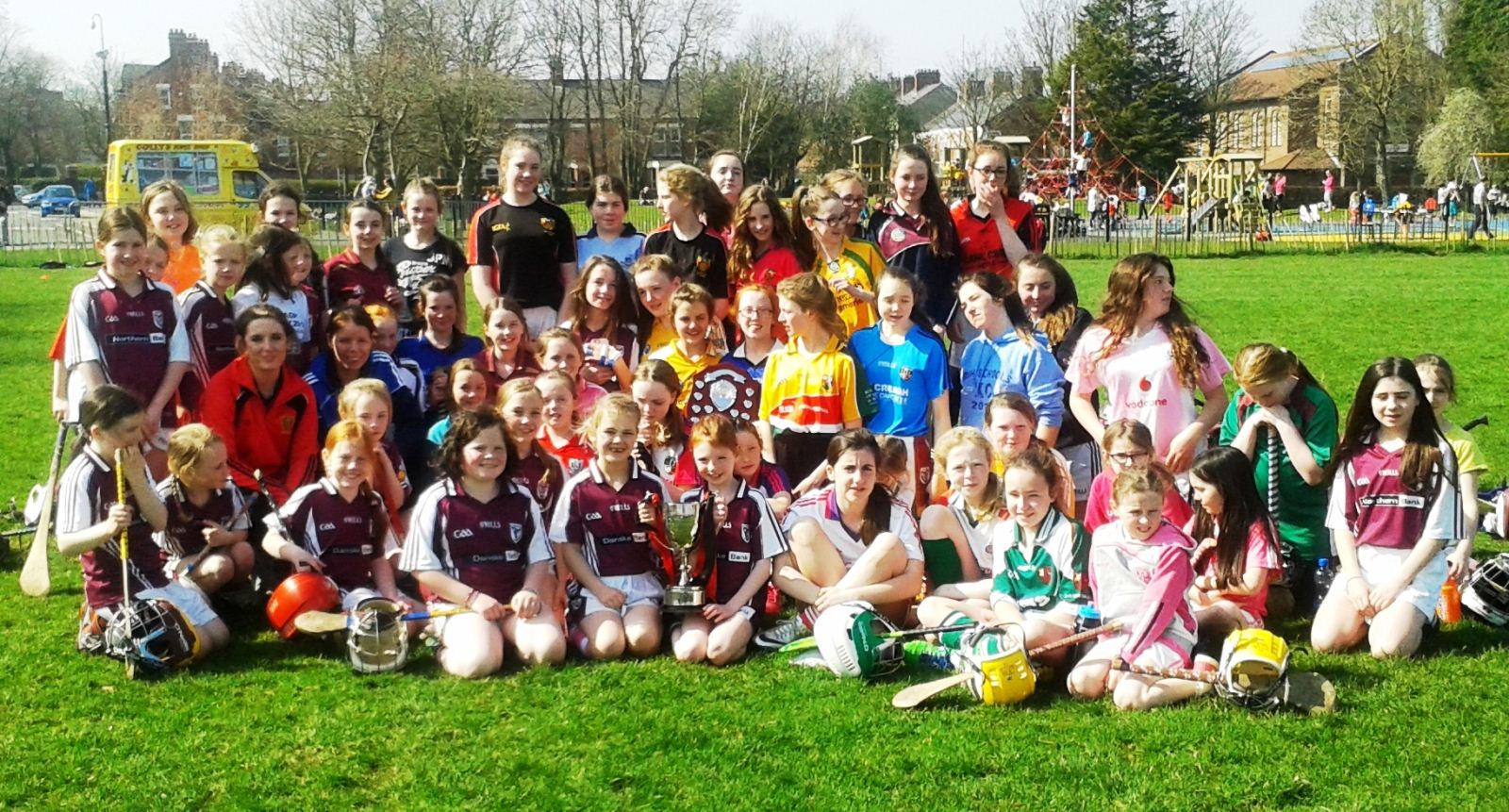 Bredagh Camp
Galway Easter Camp
Galway Easter camp took place on the 8th and 9th of April with 67 girls taking part in total.
Thanks to coaches Marie Brehony , Richard McNicholas and the Connacht bursary students who coaches on the camp over the 2 days. 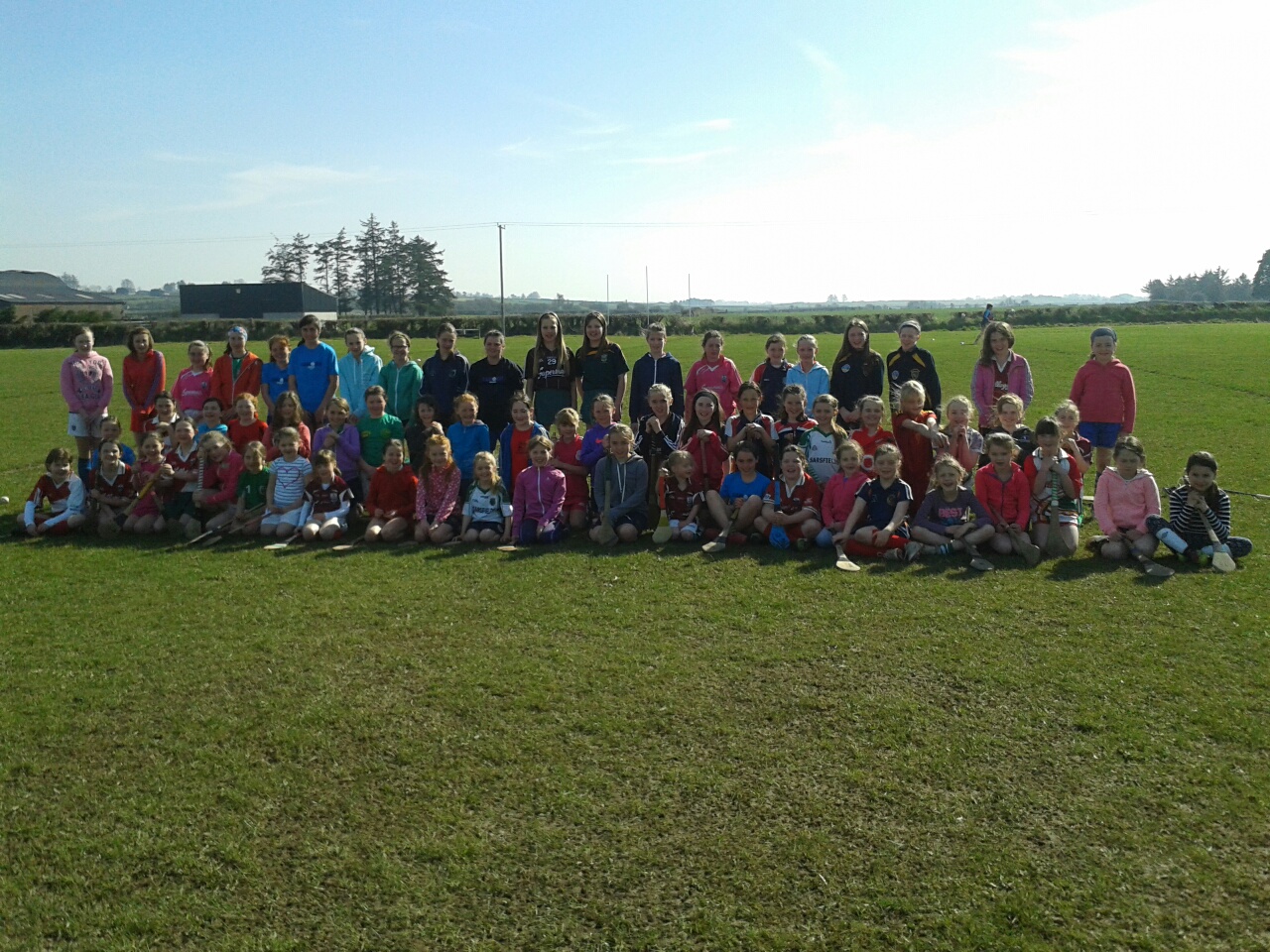 Galway Camp
Goalkeeping Workshop Galway
There was also a Goalkeeper workshop on Friday 10th of April in Kilrickle for Galway clubs. 28 goalkeepers attended this workshop. Thanks to tutor Richard McNicholas on the day and to Gerry Dolan and Yvonne Byrne for organising the workshop.
Ulster Tutor Assimilation Course
Congratulations to 27 newly assimilated Camogie Tutors that will be delivering coach education courses across Ulster in months ahead. Many thanks to Jimmy Darragh, Kevin Kelly, Ger Gribben and Lisa McAliskey who delivered and facilitated on the course in St Catherines Armagh. 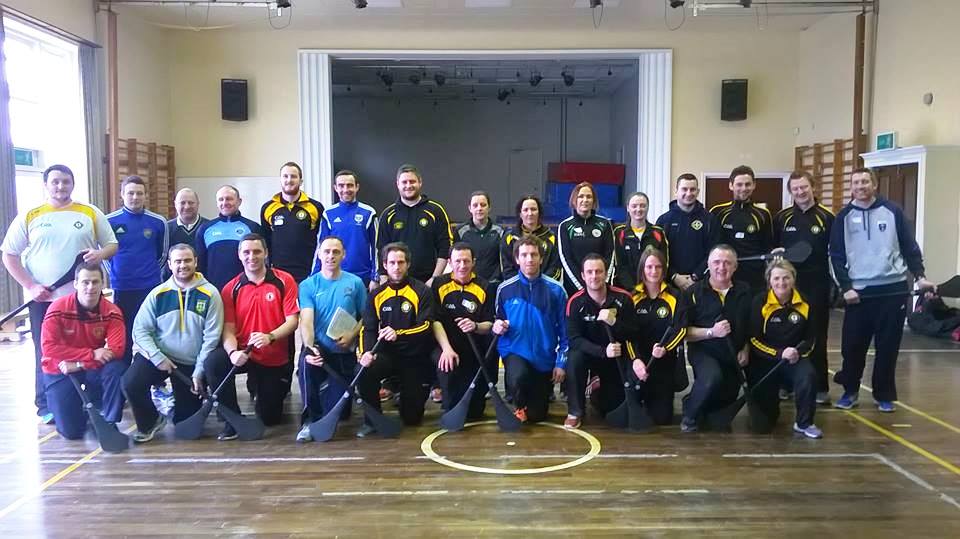 Ulster Tutors
Mayo schools play at half time of NFL in McHale Park
Pictured below are the Westport (White) and Castlebar (Yellow) National School Camogie teams who took part in a half time exhibition game at the Mayo/Donegal NFL game as part of National Go-Games week.

Mayo Schools
Louth NS Blitz
55 children attended the primary school blitz on 13th April which was the culmination of a Camogie Association project to promote Camogie in the Blackrock area of Louth. TY students provided Camogie coaching over a period of 10 weeks. Well done to the 3 coaches who targeted the schools and to the new Blackrock Hurling and Camogie club for their support.

Louth Schools Blitz
Wicklow Secondary Schools Blitz
Pictured below are the schools that took part in the Wicklow secondary school blitz in Ballinakill Centre of Excellence Rathdrum on 15th April. 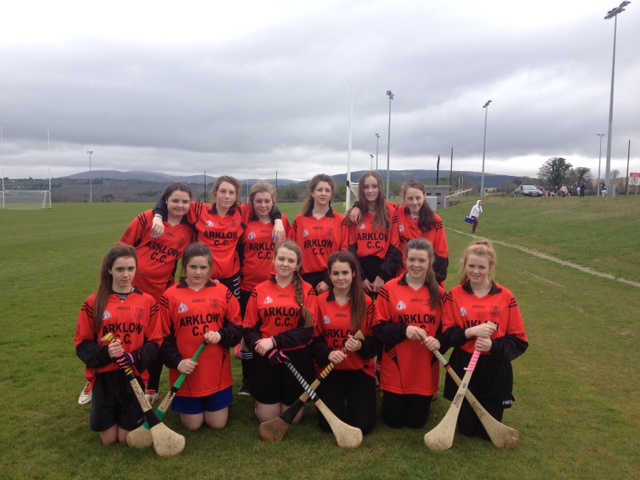 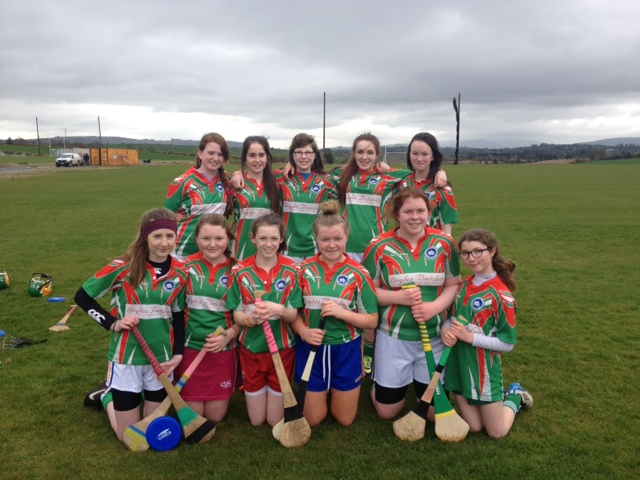 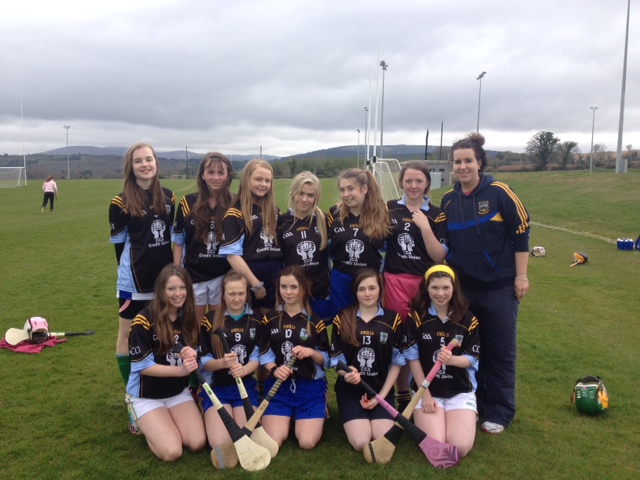 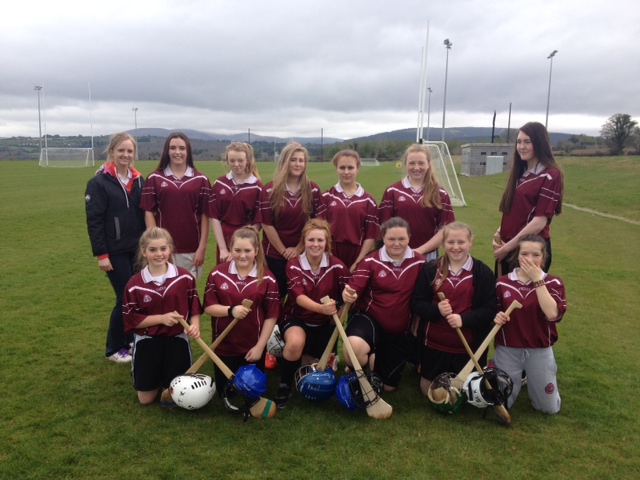