9 clubs from across Leinster took part in the U21 Leinster Summer Sevens last weekend with representation of 6 counties travelling to Rathleague, Portlaoise on Sunday 12th August. Over 90 players enjoyed the days camogie action with 16 games taking place. Division 1 was fought out by Clane of Kildare and eventual winners Mount Leinster Rangers from Carlow ending in an extremely tight ending with MLR winning on the smallest of margins. Division 2 saw Camross of Laois run out winners against Naomh Eamann, whilst Longford Slasher and Kill played out a great and competitive game in the final game of the group for 3rd and 4th. Many thanks to Portlaoise for their help and use of facilities, the referees, helpers and the clubs themselves for making the day so enjoyable for all. That wraps up the Summer Sevens Series in Leinster for 2018. We hope to make 2019 a bigger year again. 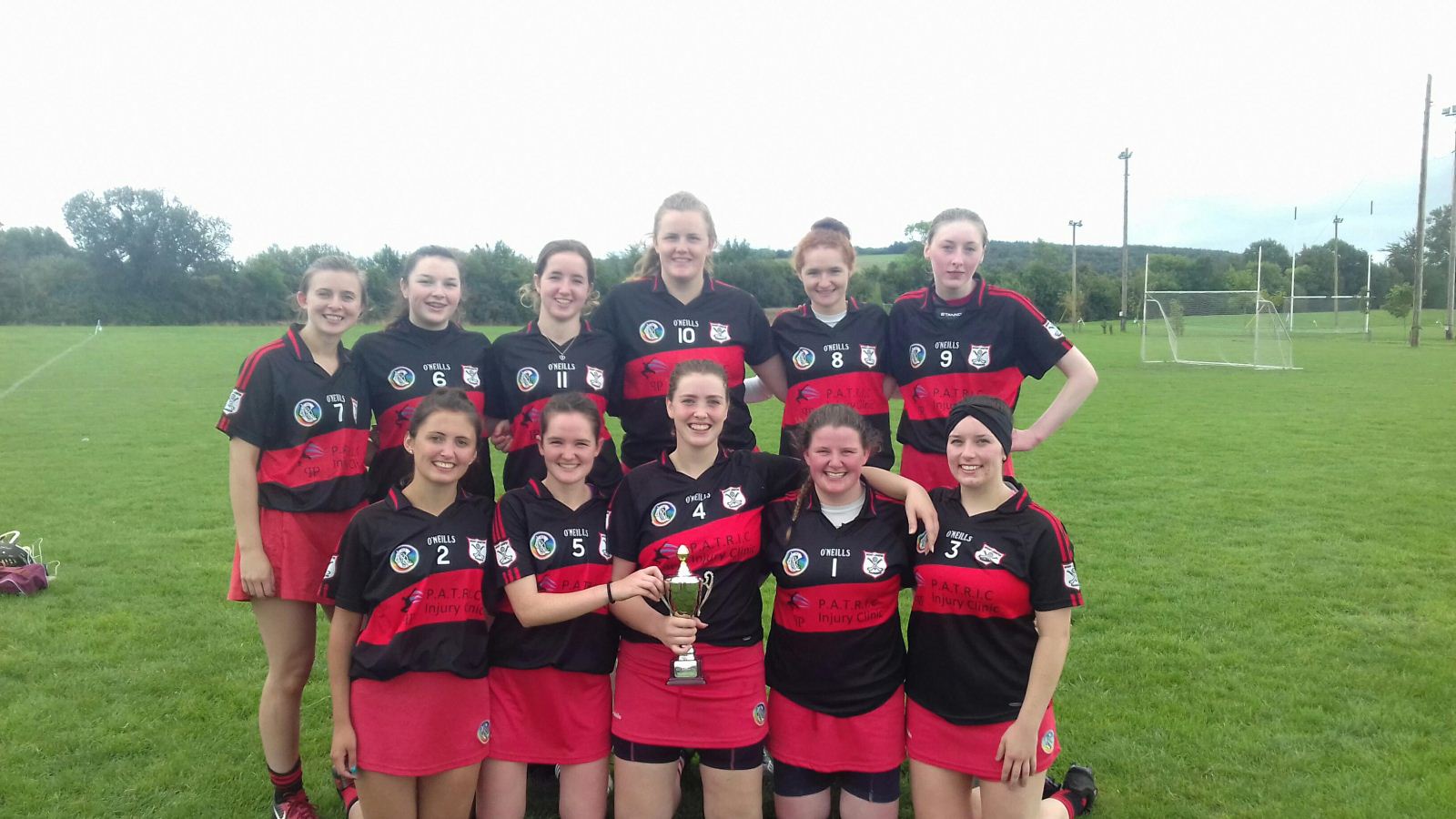 Kilkenny and Wexford parents jump into action with Hurl with Me

The parents of 7 clubs in both Wexford and Kilkenny have flew into action in a Hurl with Me initiative which has started in both counties for the month of August. In Wexford, St.Annes, Duffry Rovers and new club, St.Patricks have commenced their programme within the county with Gerladine Curtis delivering the sessions to each. On Thursday night last Kilkenny kicked off their Hurl with Me with Paulstown being the first club out. On Monday, Windgap followed suit their first night with a great turnout of 17 parents all eager to get involved, learn and have some fun. There were plenty of children delighted to see their parents out training alongside them. Kilmacow and Erins Own will join Windgap and Paulstown for the Kilkenny initiative and we look forward to the update over the coming weeks on their progress.  Many thanks to the clubs for the enthusiasm to get involved, as well as the coaches assigned to deliver. We hope you all enjoy the coming weeks.

The club's U 15 recently finished their scheduled league 2 games in Clare. The club consulted with Stuart, Munster's Participation and Growth Co-ordinator as the 14 and 15-year olds were keen to continue playing through out the summer time.

A blitz was organised with Stuart by sending an invitation out to clubs from Kerry, Limerick and Tipperary. The following are the clubs who participated: Limerick Monaleen Camogie, Ballyagran Camogie,Offlay St Rynaghs Camogie, Lusmagh /Drumcullen Camogie , Kerry- Tralee Parnells Camogie, Clare- Cratloe Camogie, and Crusheen Camogie. It was hosted by Crusheen Camogie Club of Co. Clare on Saturday 11th August with delight.

7 teams from the 4 counties played camogie with the emphasis on development and enjoyment rather than results. The girls are interested in keeping this momentum of blitzes with neighbouring counties. A lot of work went into it with a great day had by all on Saturday. There was great feedback from the clubs who participated and their girls were thrilled to be playing teams from other counties. We encourage more clubs to continue working with our Participation and Growth officers when arranging their very own blitz, it's a fantastic way to continue promoting our game of Camogie for our players!