Latest
Monaghan Secondary School Blitz
First and second year students from St Louis Secondary School, Monaghan, St Louis Secondary School, Carrickmacross and Our Lady’s, Castleblayney took part in a secondary school participation blitz last week. On the day, Ger Gribben gave a coaching session which focused on catching, lifting, ground and air striking for all the participants. After the coaching session the girls played games against each other where they could practice the skills developed in the coaching session. It was a very successful day all round.
Thanks to Castleblayney camogie club for the use of their pitch in Concra.
Kilmacow Mini League
It was an exciting day in Kilmacow on Tuesday last when the two local national schools came together for the Finals Day of their club/school Mini League which has been taking place over the past month. Eight teams with over 80 students from both St.Senans NS and Strangmills fought out four fantastic finals. Following the games bonanza, each team was presented with a team medal for their efforts over the weeks. Each school was also presented with a framed photograph of the entire group taken on the first day and a signed hurley from the Kilkenny Camogie Team. This project, with the great help of the local club coaches saw games, coaching and finals jam packed into the month with Kilkenny player Julie Ann Malone making a special guest appearance in Week 3. Many thanks to the teachers, coaches, club committee and students for making this such a success. 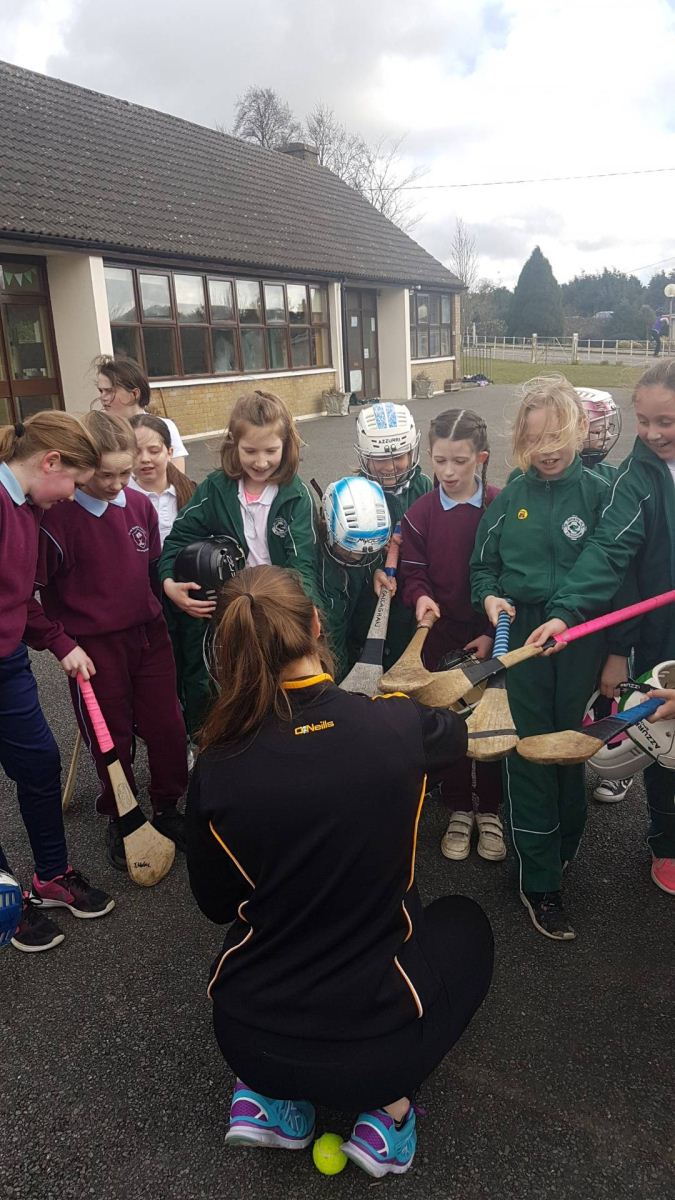 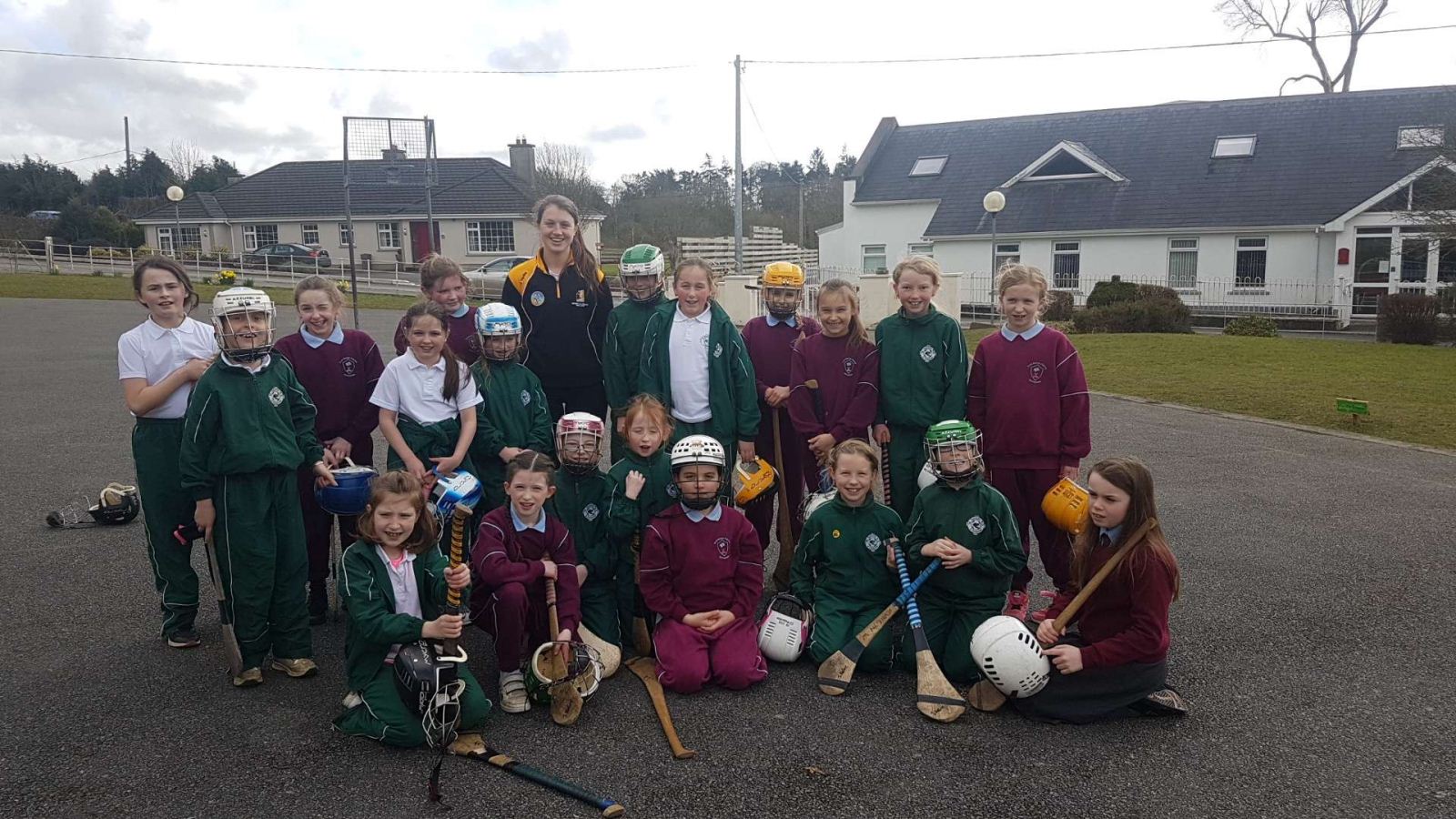 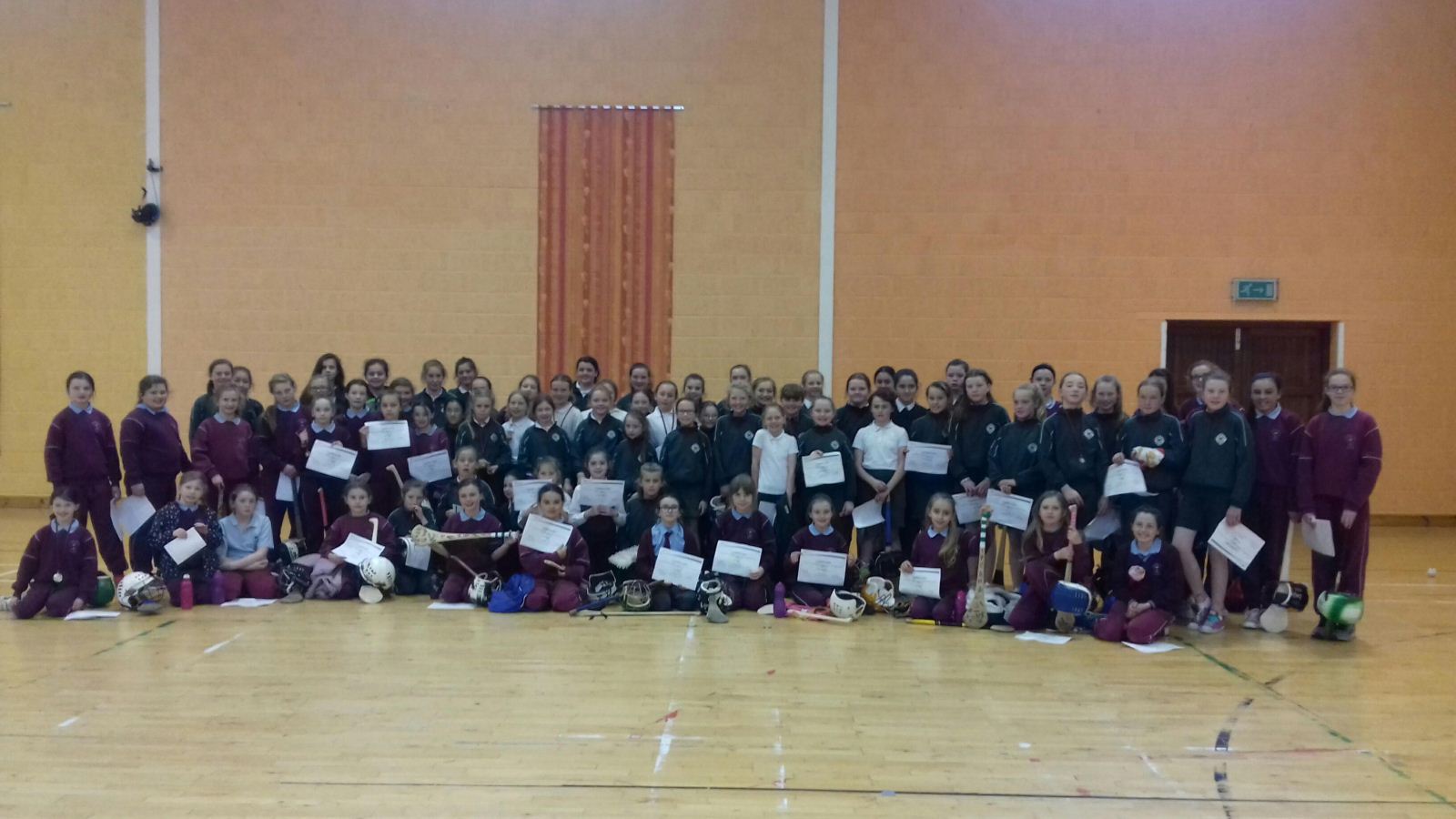 Munster Colleges U16.5 C Blitz
Waterpark College from Waterford were the victors of the Munster Colleges C Blitz held at Mallow GAA on Wednesday 25th April.
8 schools from across Munster took part, including schools that had only just started playing, well done to all involved! 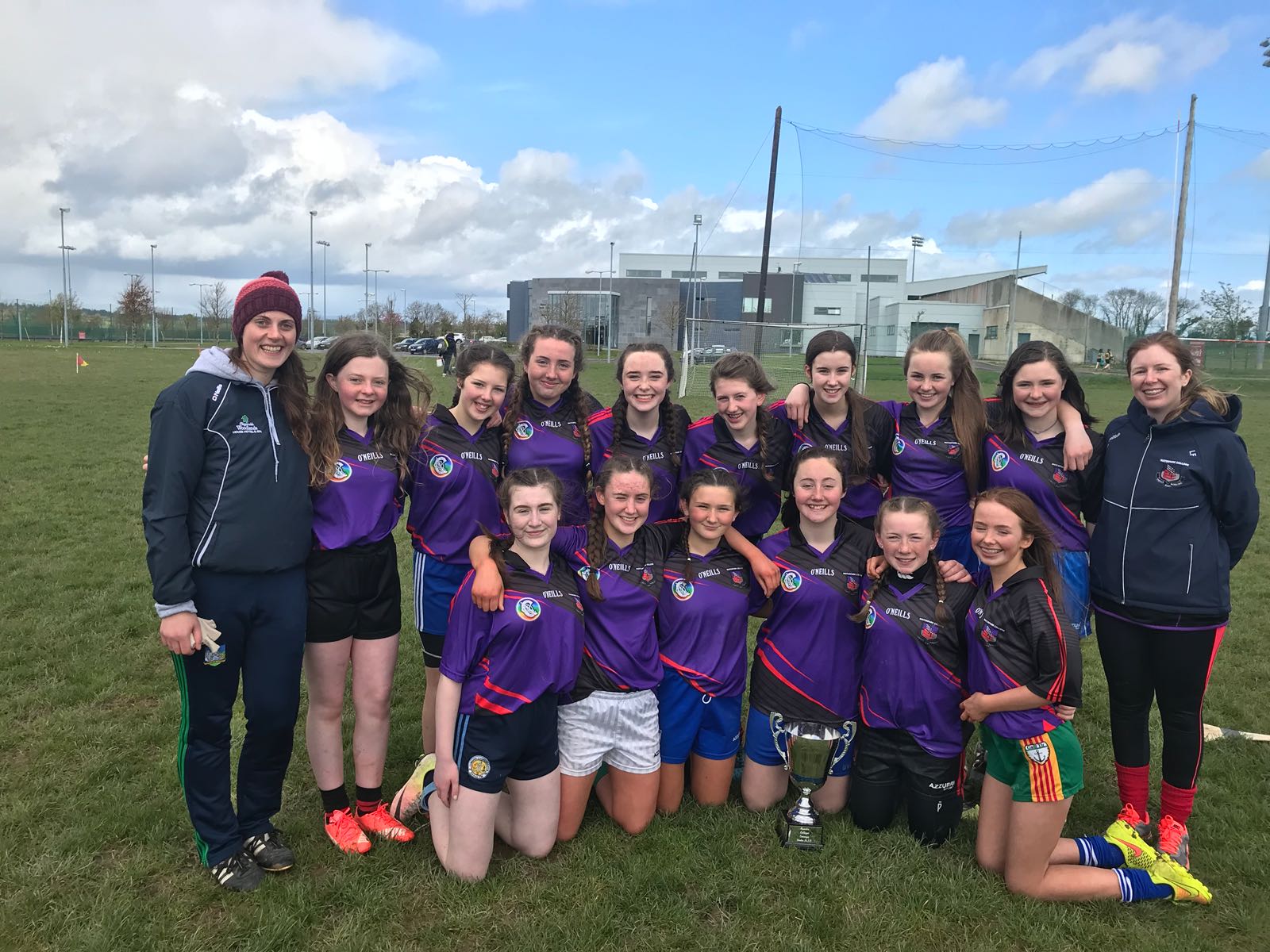 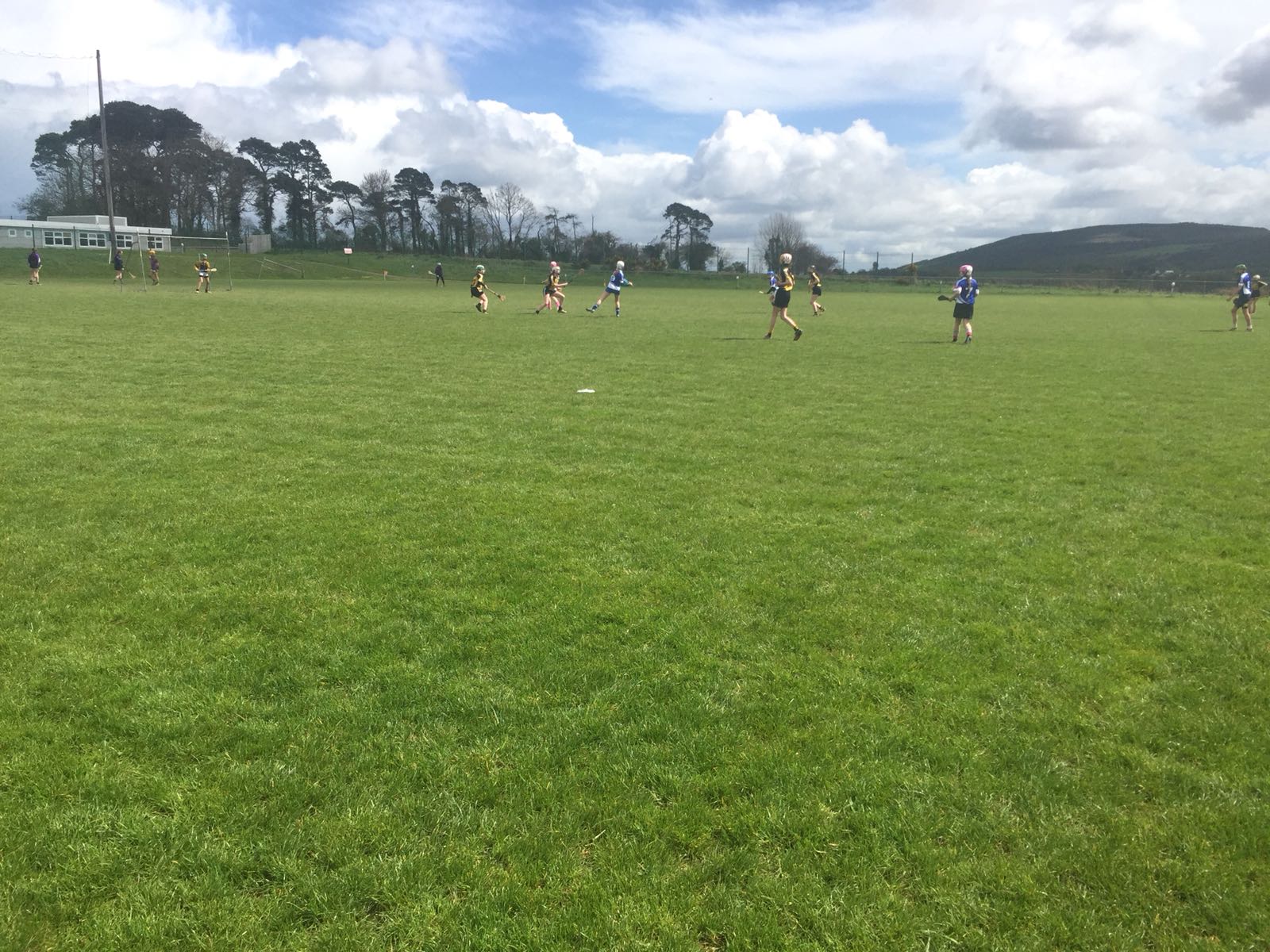 Kilcullen
Kilcullen hosted an U-8’s camogie blitz this morning with Leixlip and Maynooth visiting the club. The under 8's have been developing their ground skills and won one of their matches – great fun had by all the girls!
Brendan Kenny from the Camogie Association presented our new club grant to Ann, Debbie & Des. We’ve come a long way in the space of a year! 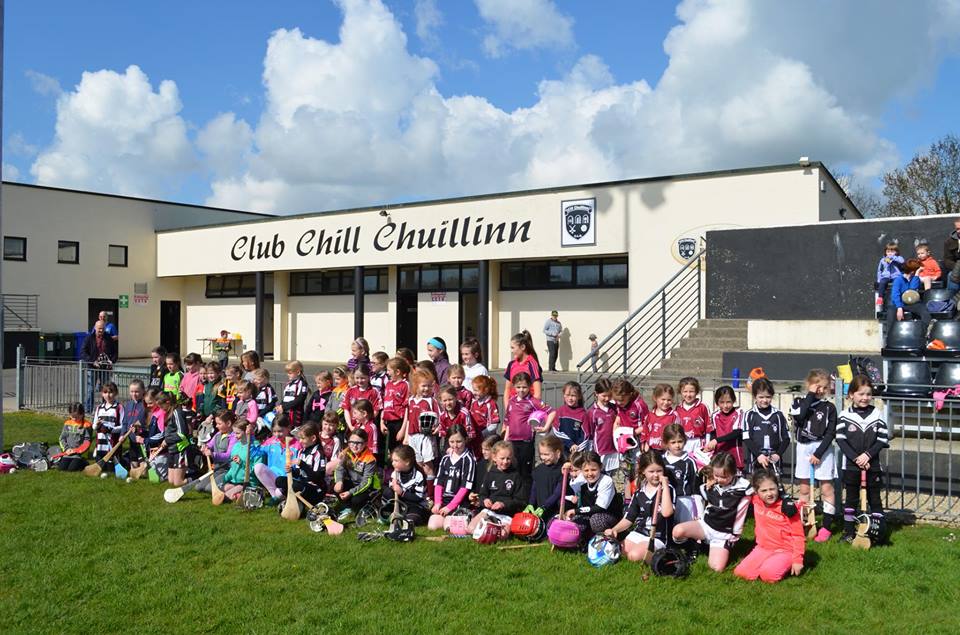 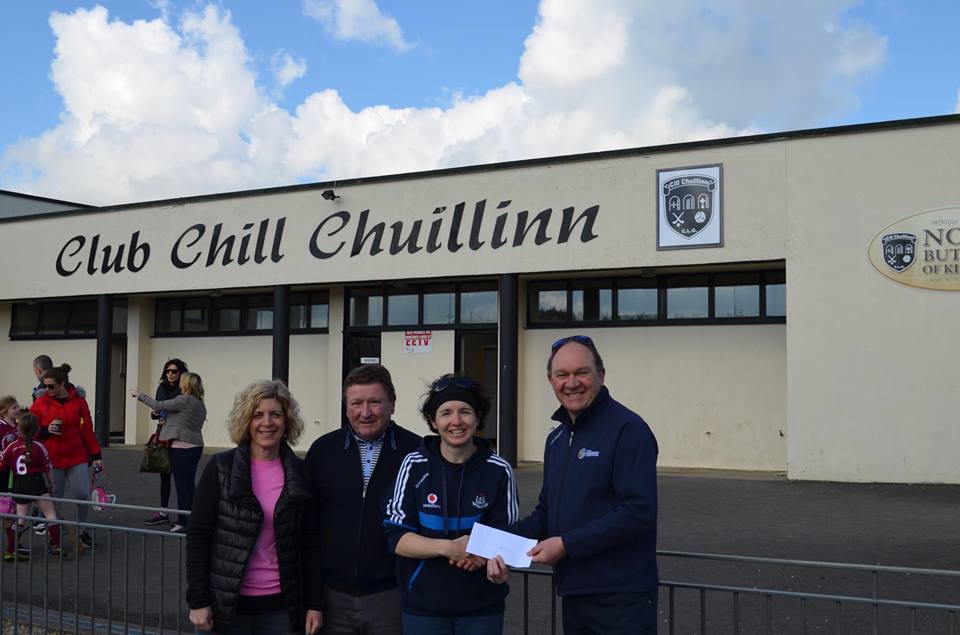 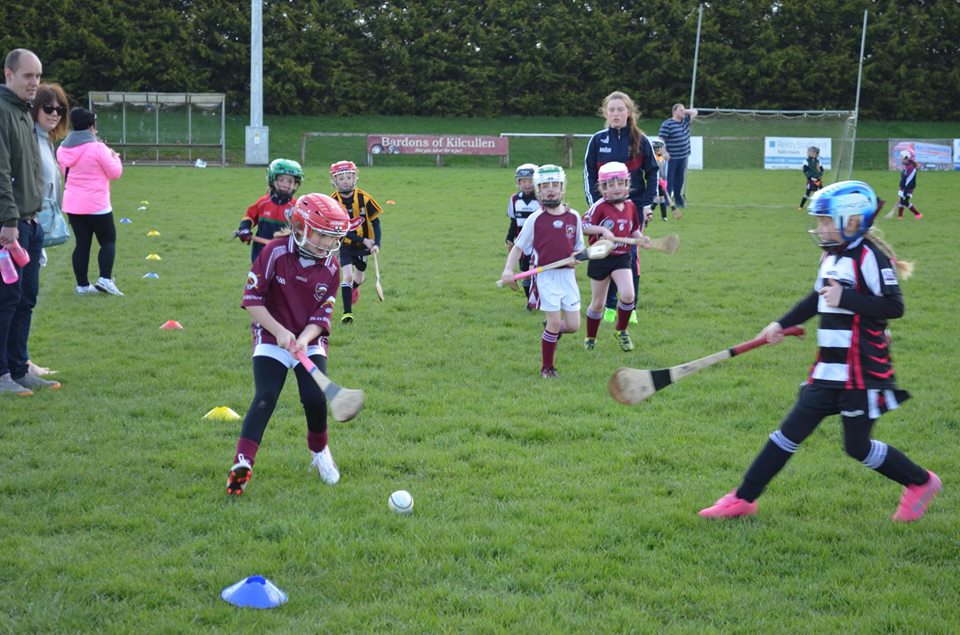 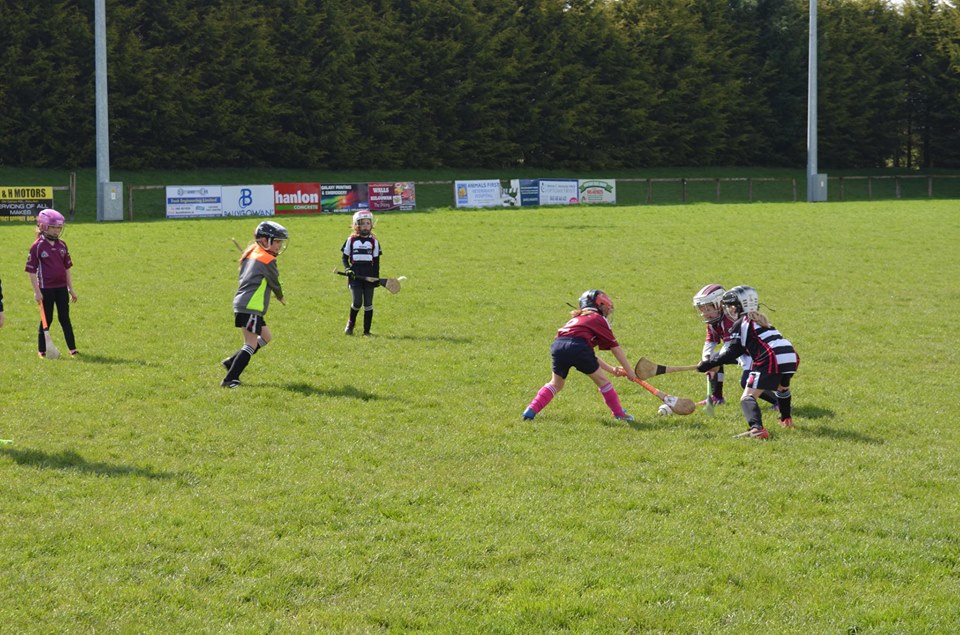 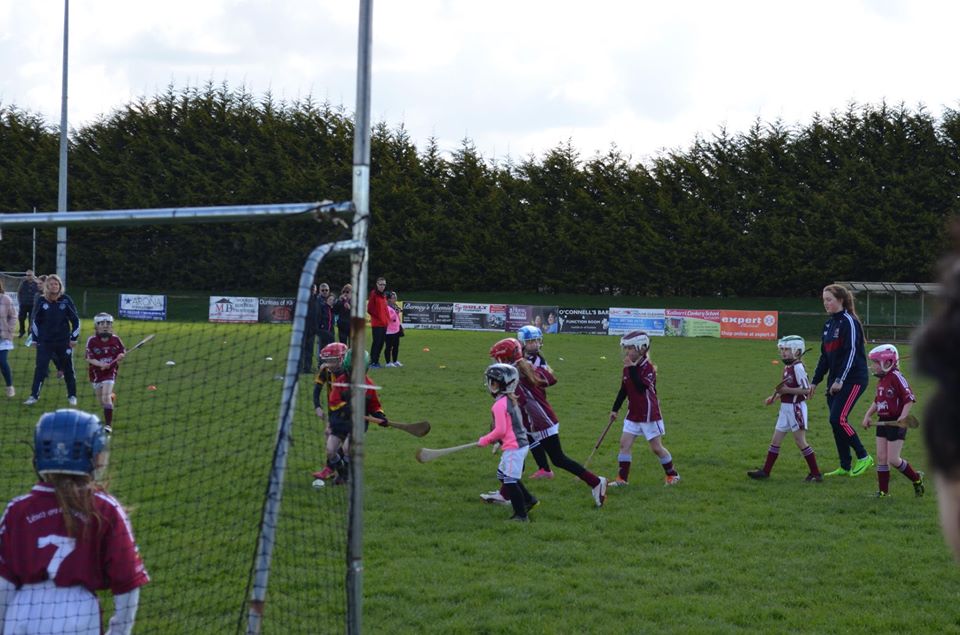 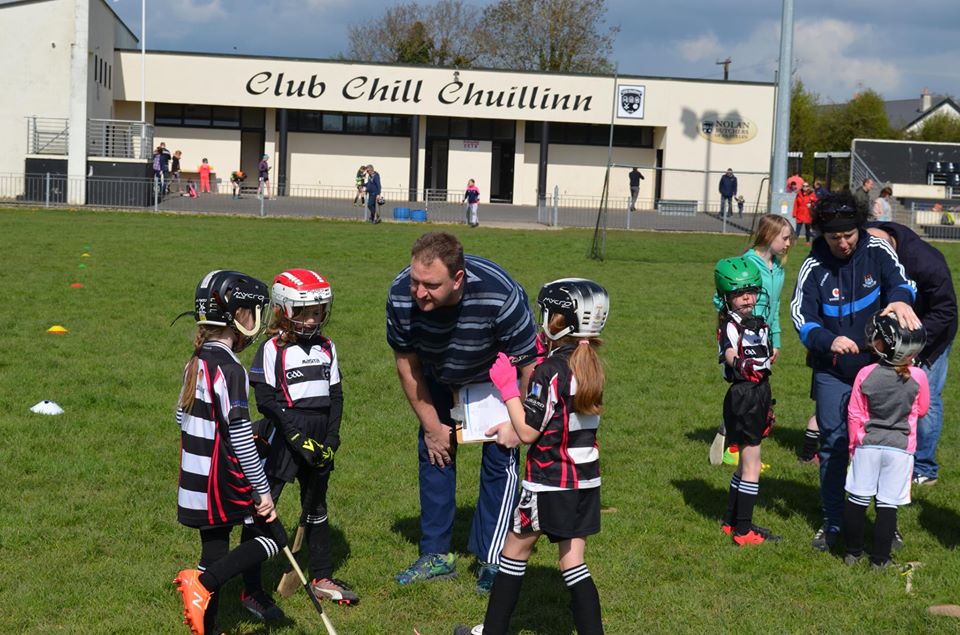 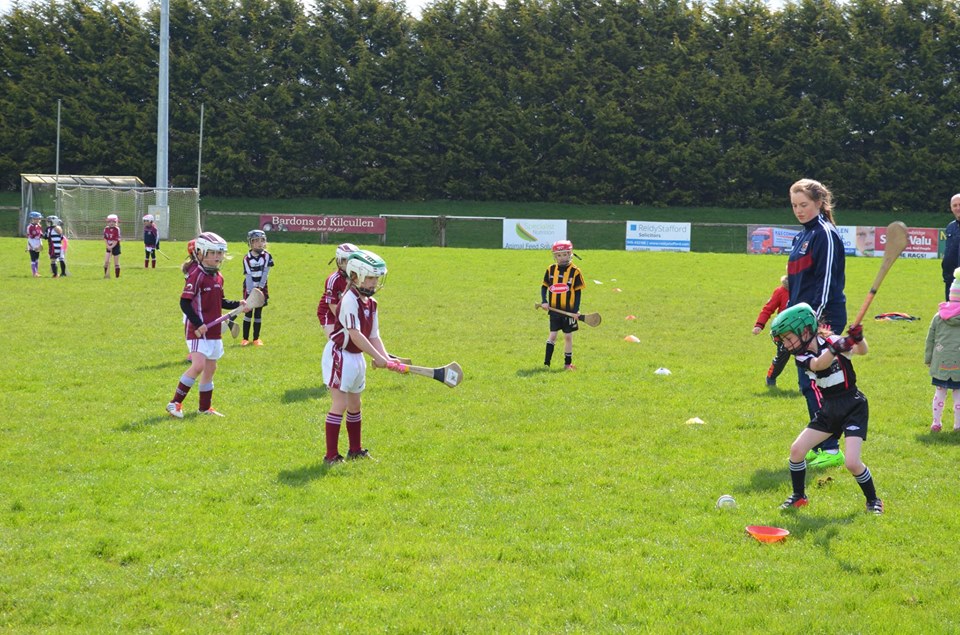 Galway ran a foundation course in Portumna on April 21st. 19 coaches completed the course which was presented by David Carroll. This was the 4th foundation course held in Galway since the turn of the year with almost 100 coaches now trained up to foundation level. Many thanks to Portumna Community School for the use of their facilities. Thanks to Padraig Lohan (Portumna Camogie) also.
Mayo Cumann na mBunscoil held their Camogie finals in mid-April. With plenty of enjoyable and competitive games on show on all three camogie days, the standards continue to rise in Mayo. Well done to everyone involved and to Adrian Hession (Mayo Hurling GPO) for organising the event.
Mayo Camogie hosted a 'Spring Series Workshop' in Westport on April 16th. 15 players were put through a games based approach to a training session with former Galway player Molly Dunne. 16 coaches watched and learned how to build a session from start to finish using this approach. Everyone really enjoyed the 2-hour workshop despite the torrential rain. Thanks to Westport for hosting and special thanks to guest coach Molly Dunne.
Connacht Camogie held a 1st-year blitz in Bekan on April 19th. 160 girls from 8 different schools took part in the fun day blitz. It was played on a 15 a side and 7 a side format with plenty of competitive games in both. Thanks to Connacht COE for hosting and to the following schools for travelling:
Presentation Athenry, St Raphaels Loughrea, St Cuans Galway, Ballyhanius Mayo, St Enda's Threadneedle Galway, Clarin College Athenry, Portumna CS & Mercy Roscommon.
Galway schools held a 1st year 7 a side competition on April 26th in Ballinasloe. 5 schools with 80 girls all played their part in a competitive competition. Congratulations to all who took part. Thanks to Donal Burke (Connacht Schools) for organising, Ballinasloe for hosting and to the referees Noel Gavin and Kevin Kelly.
Sligo ran a camogie blitz at primary school level in Geevagh on April 27th. Schools from all over the county were invited with almost 90 girls taking part. This initiative was coordinated and ran by John Hughes (Principal) of Geevagh national school and included a skill station, fun/semi competitive pitch for beginners and a competitive pitch for schools who receive coaching on a regular basis. A great day was had with huge enjoyment for everyone. Many thanks to Geevagh NS, Geevagh GAA for hosting, referees, catering staff, all school staff and students for attending. A special mention to Benny Kenny who continues to provide coaching at all levels for both hurling and camogie in Sligo. 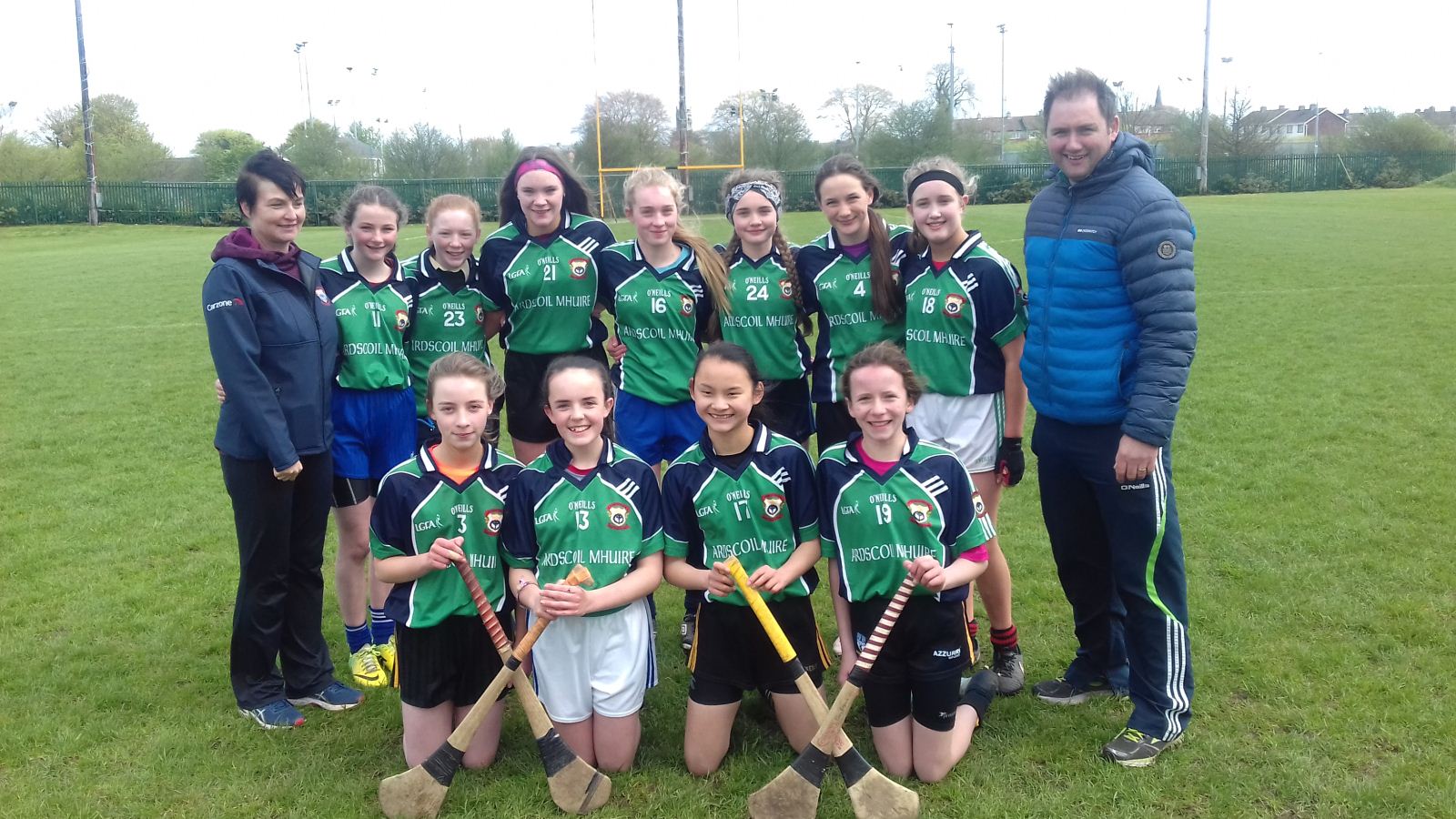 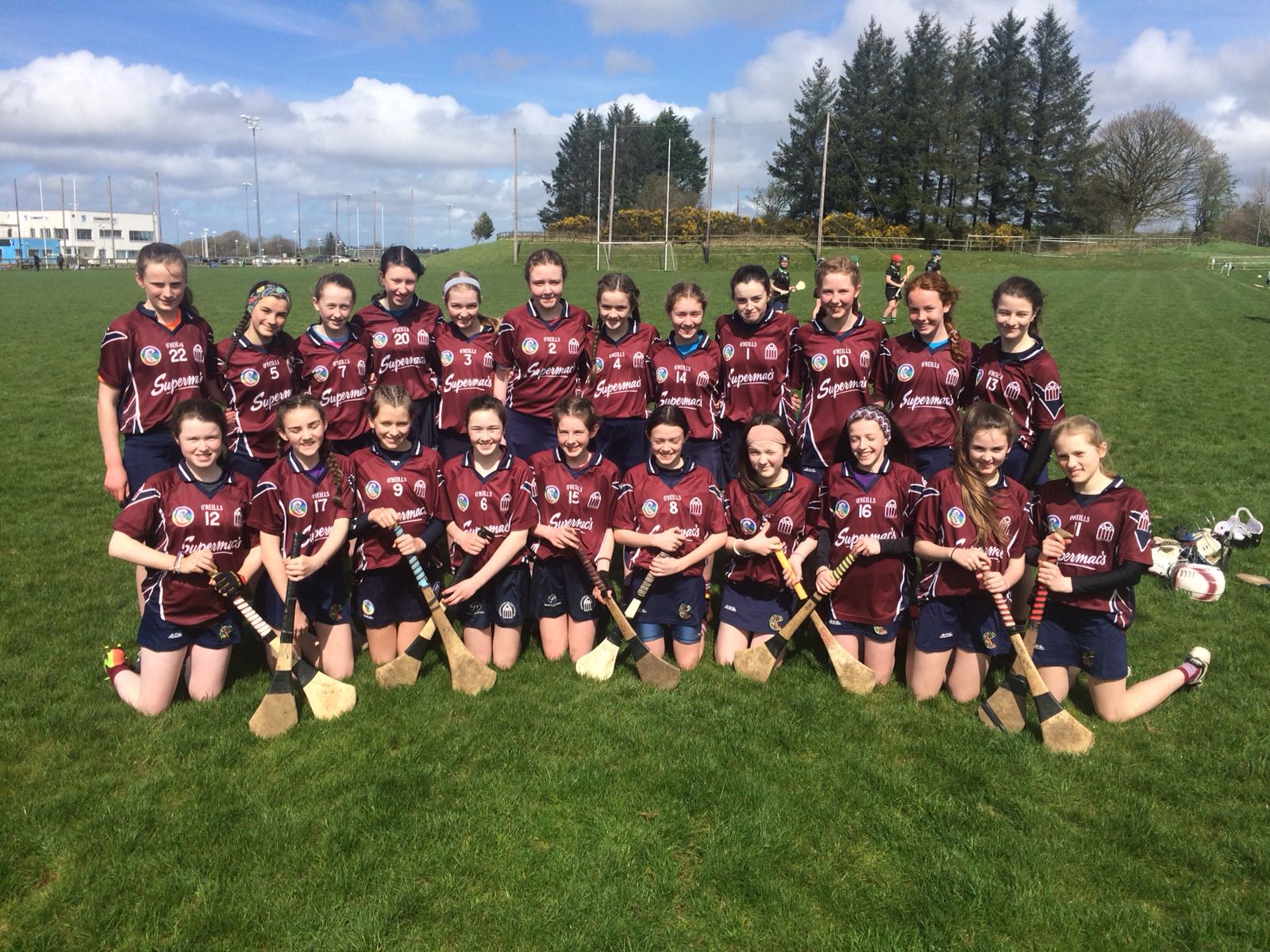 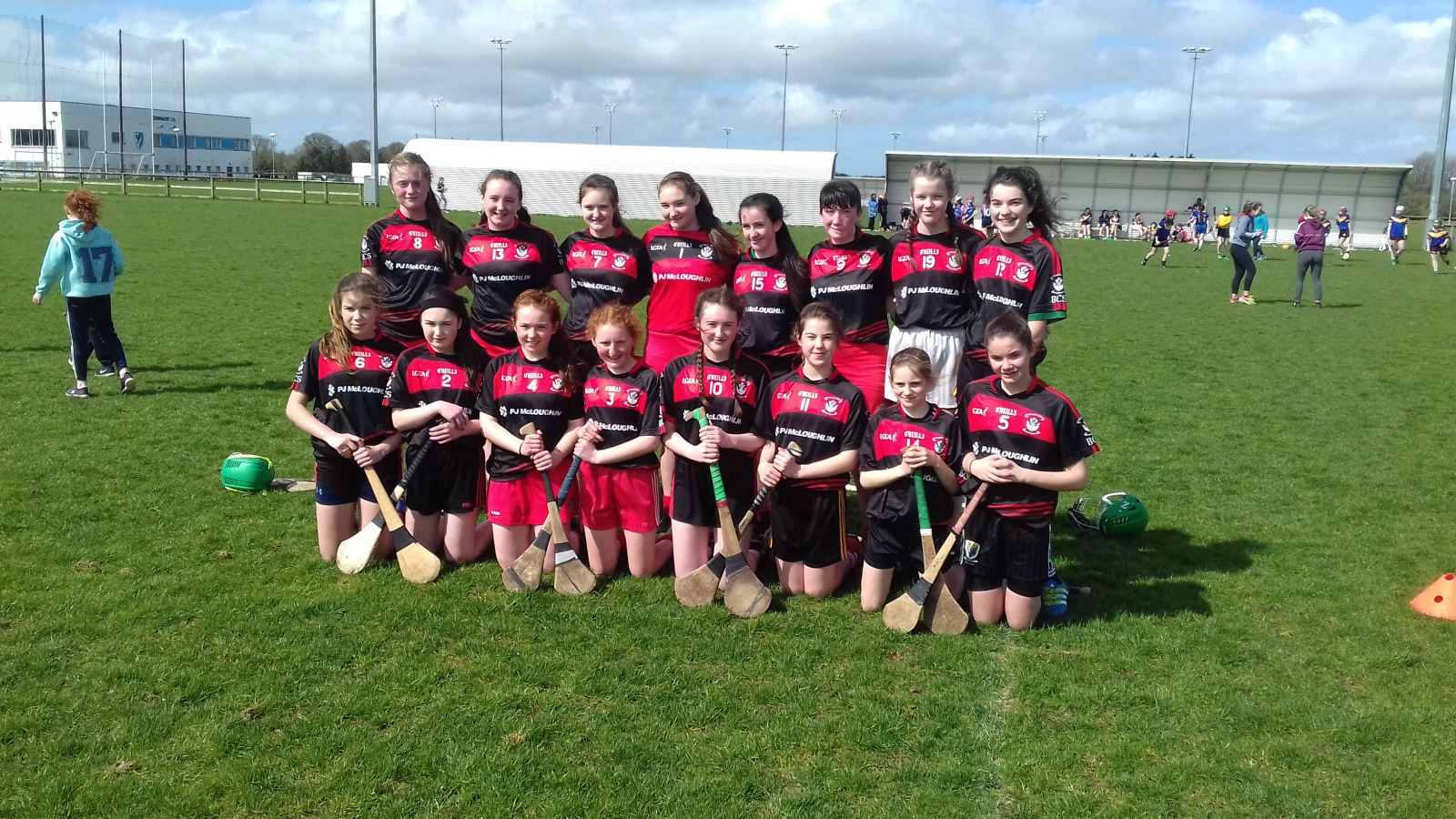 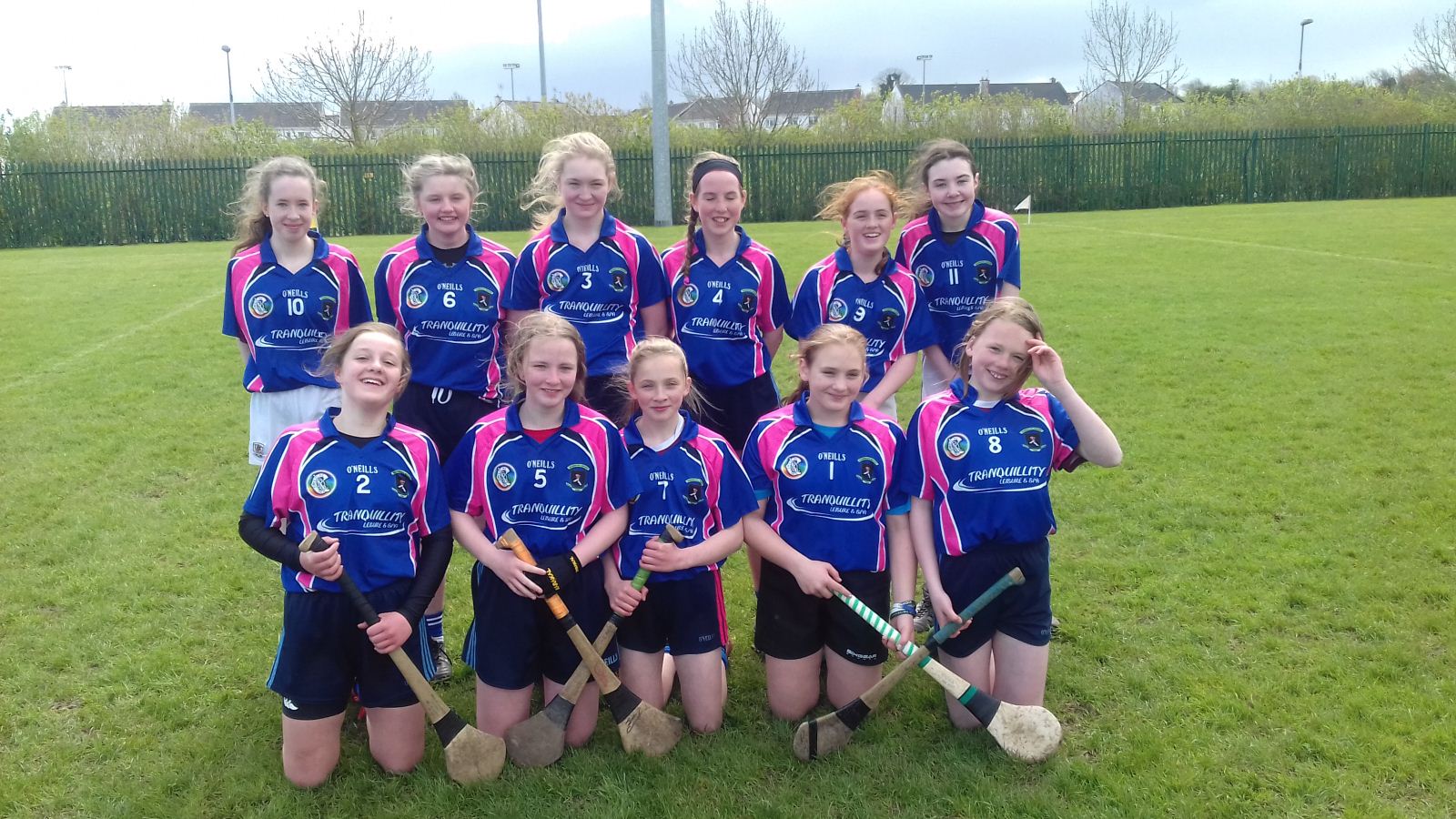 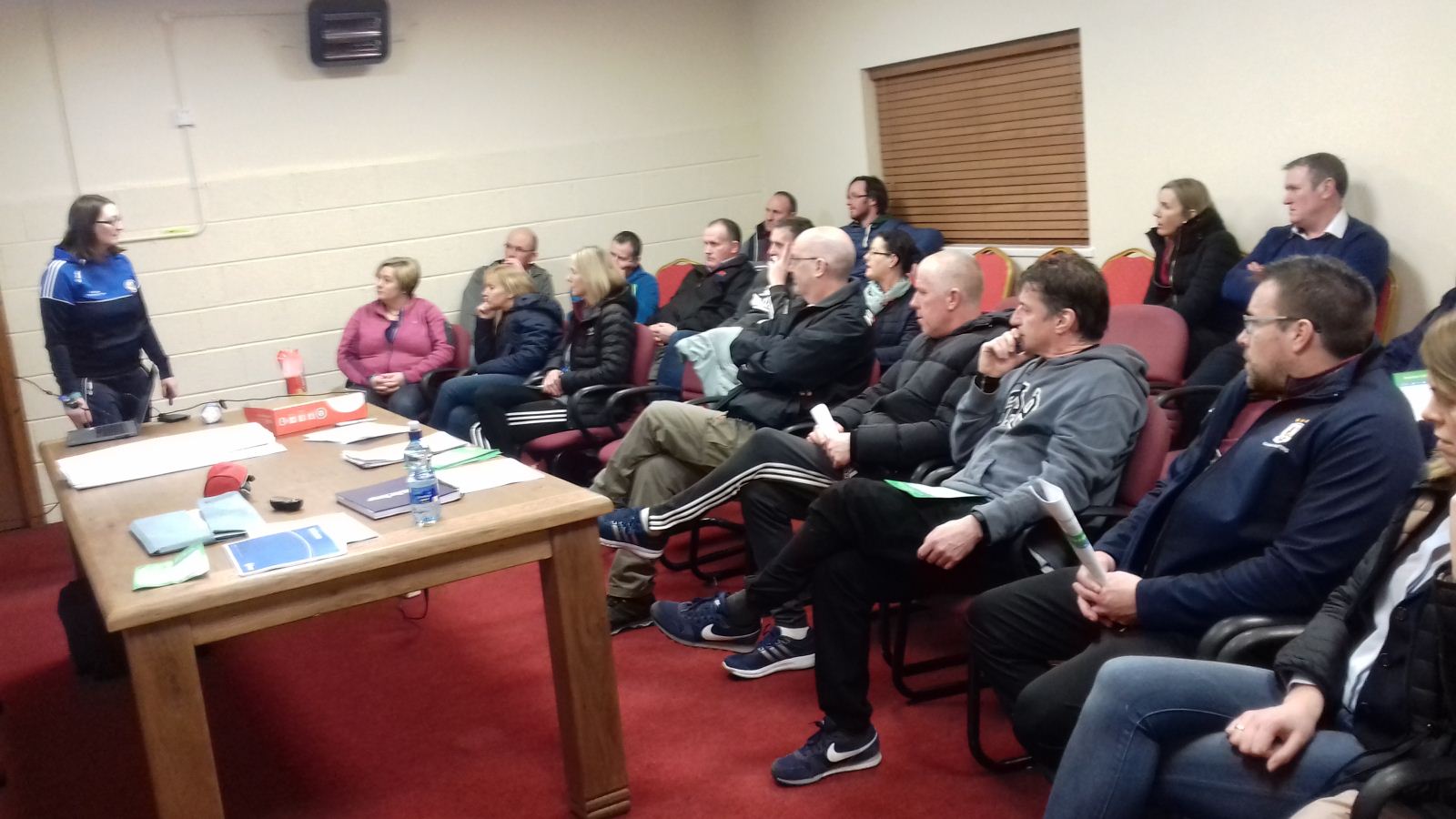 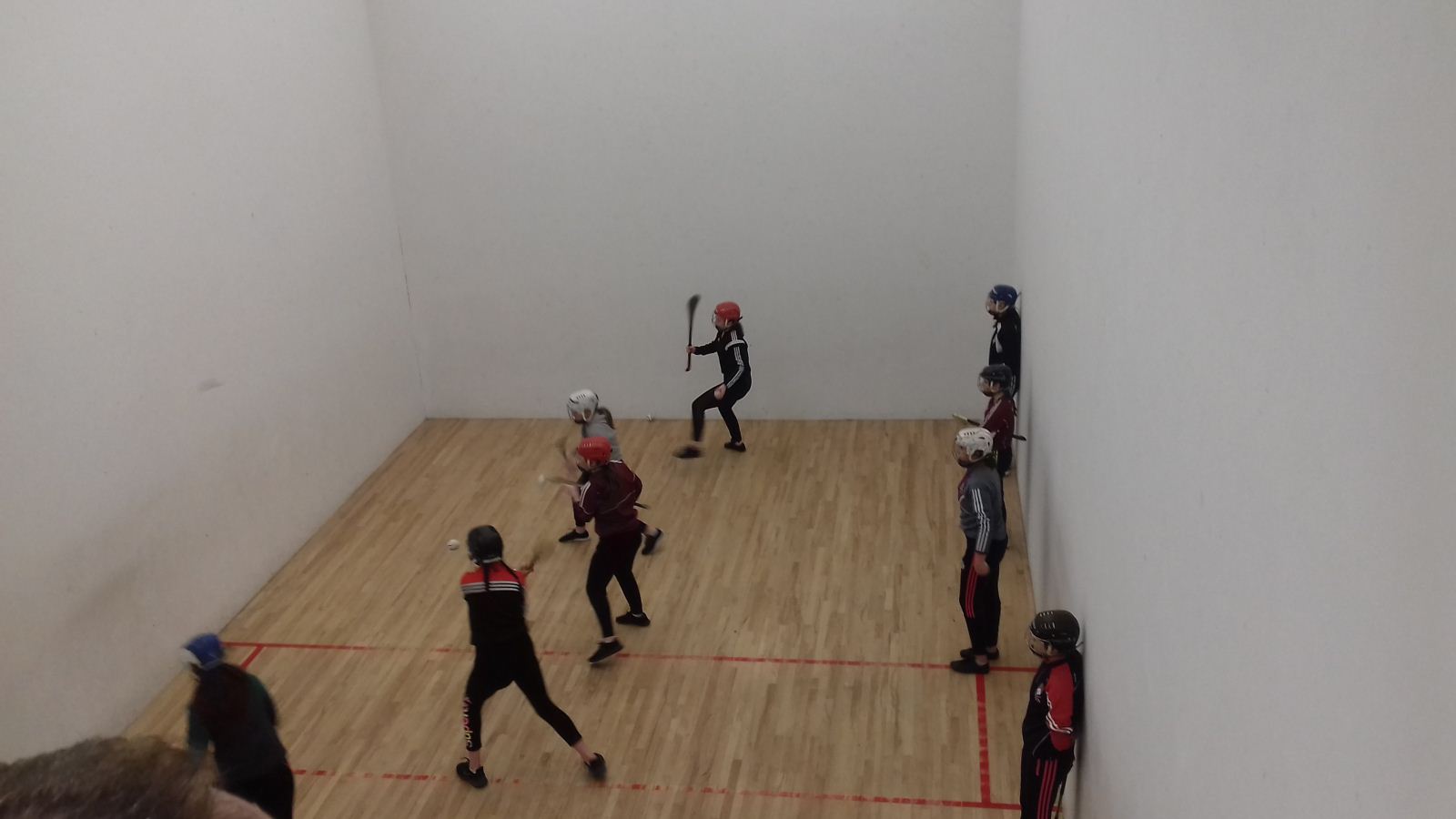 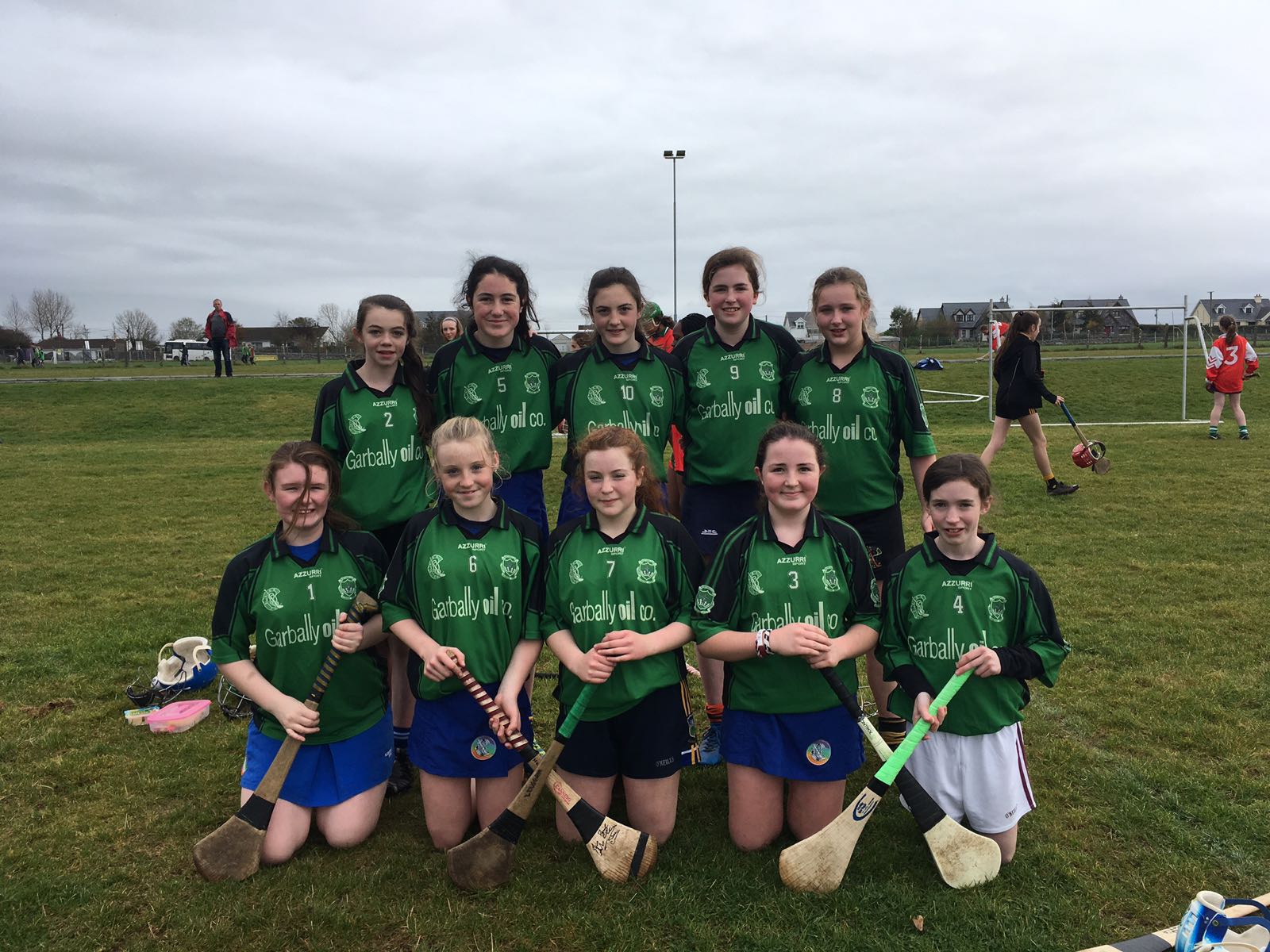 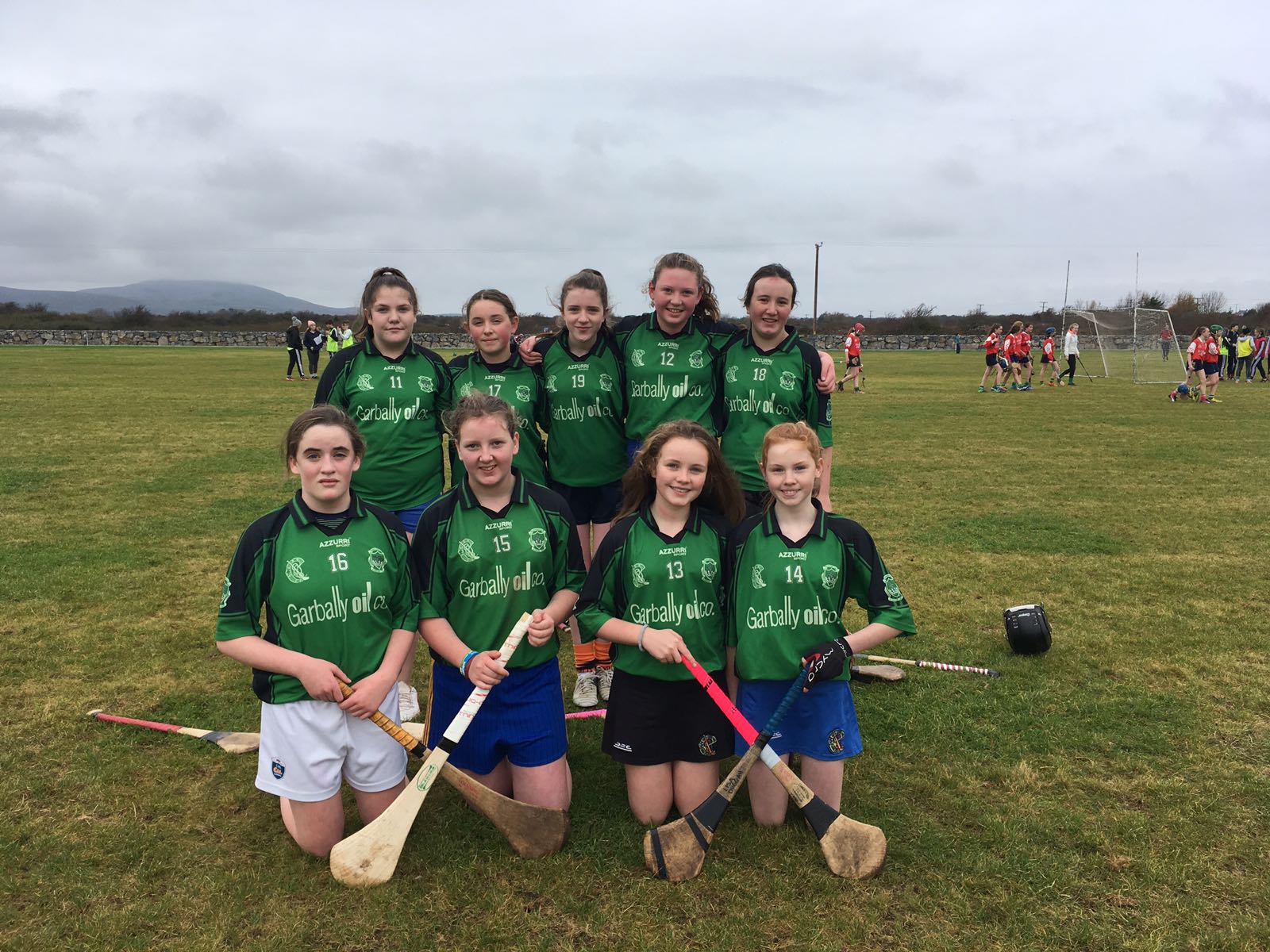 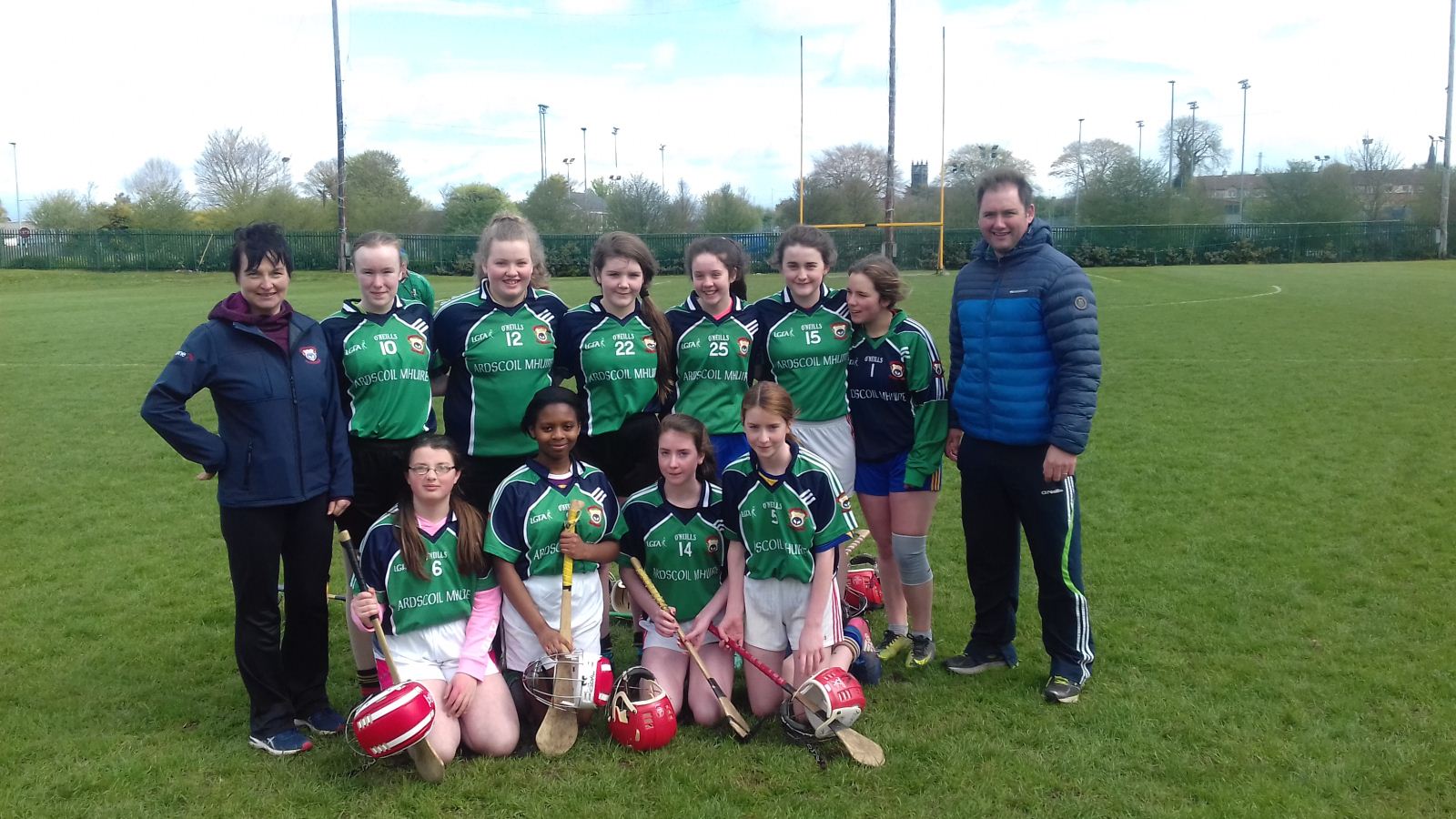 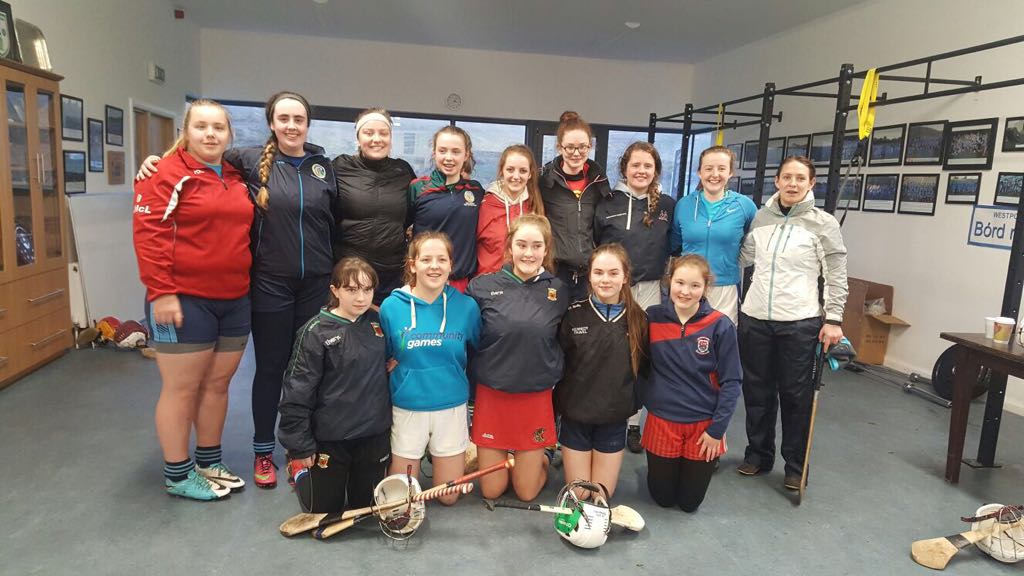 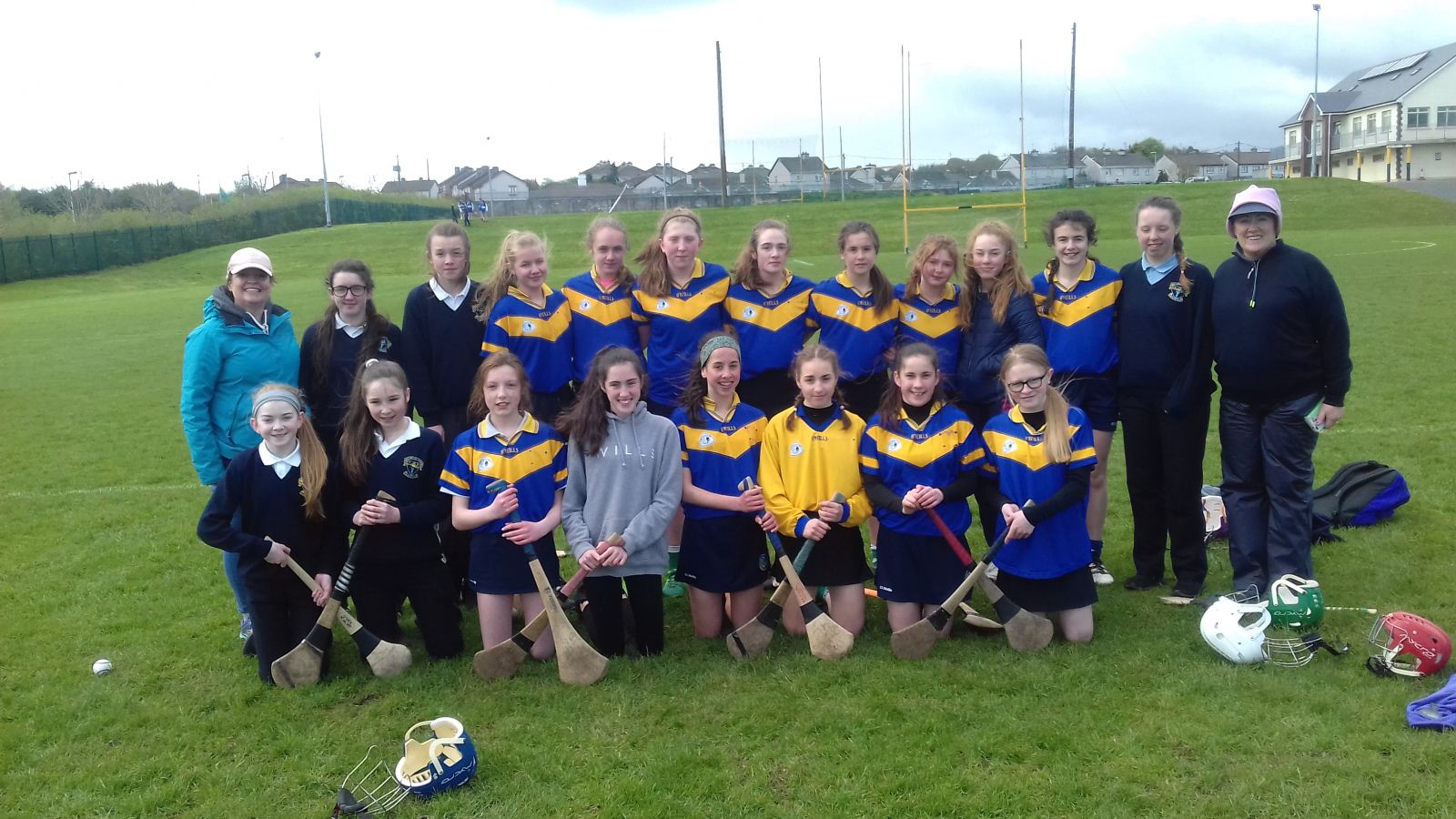 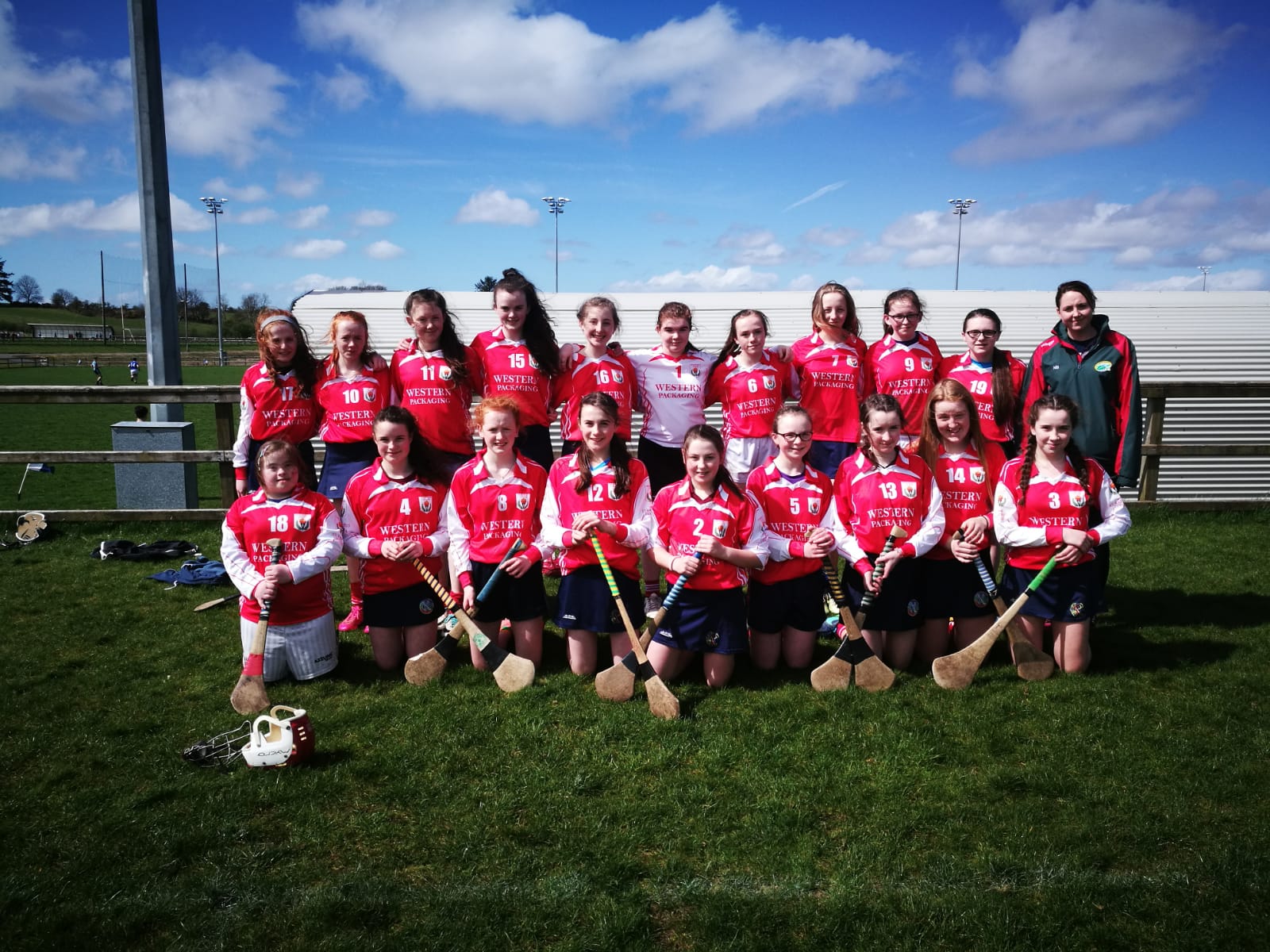