Latest
The New York Camogie team following their success in North American Championship were honoured to be featured in the famous New York Times Newspaper. The piece about Camogie in New York featured both in the online and paper editions. Above the printed write up from last Sundays paper.
Read the online version of the report here: http://lens.blogs.nytimes.com/2015/09/26/reviving-a-traditional-irish-womens-sport-in-new-york/?_r=0. 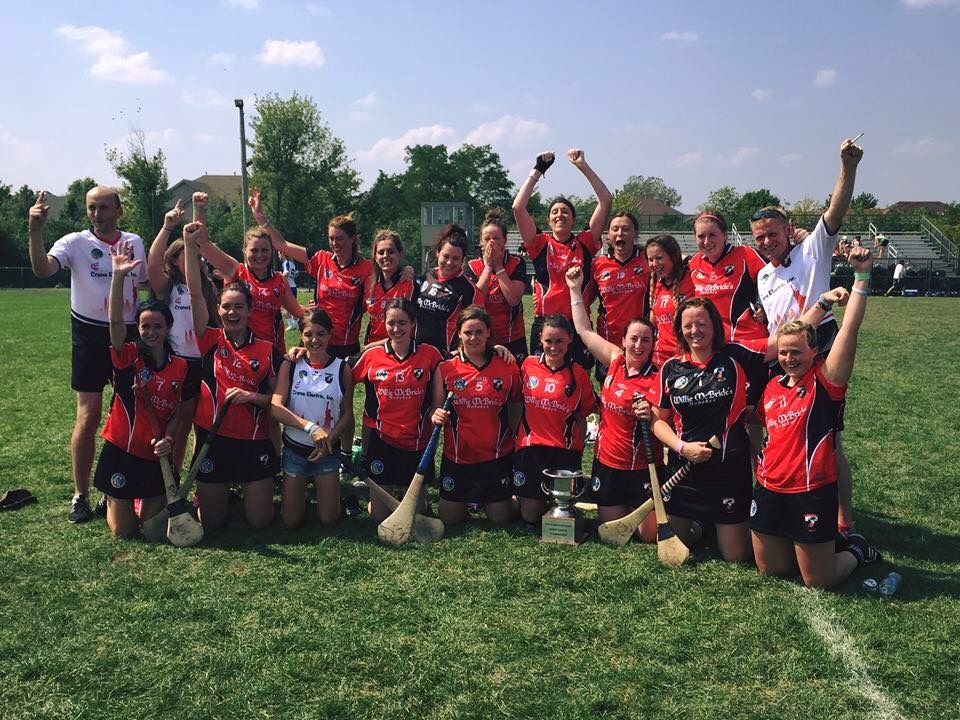 Hoboken Guards Senior team with the cup following their win in Chicago. 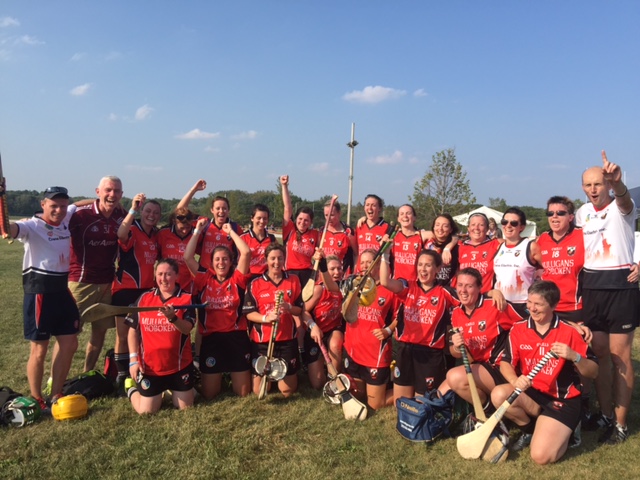 Hoboken Guards Junior team following their win in the Shield competition in Chicago. 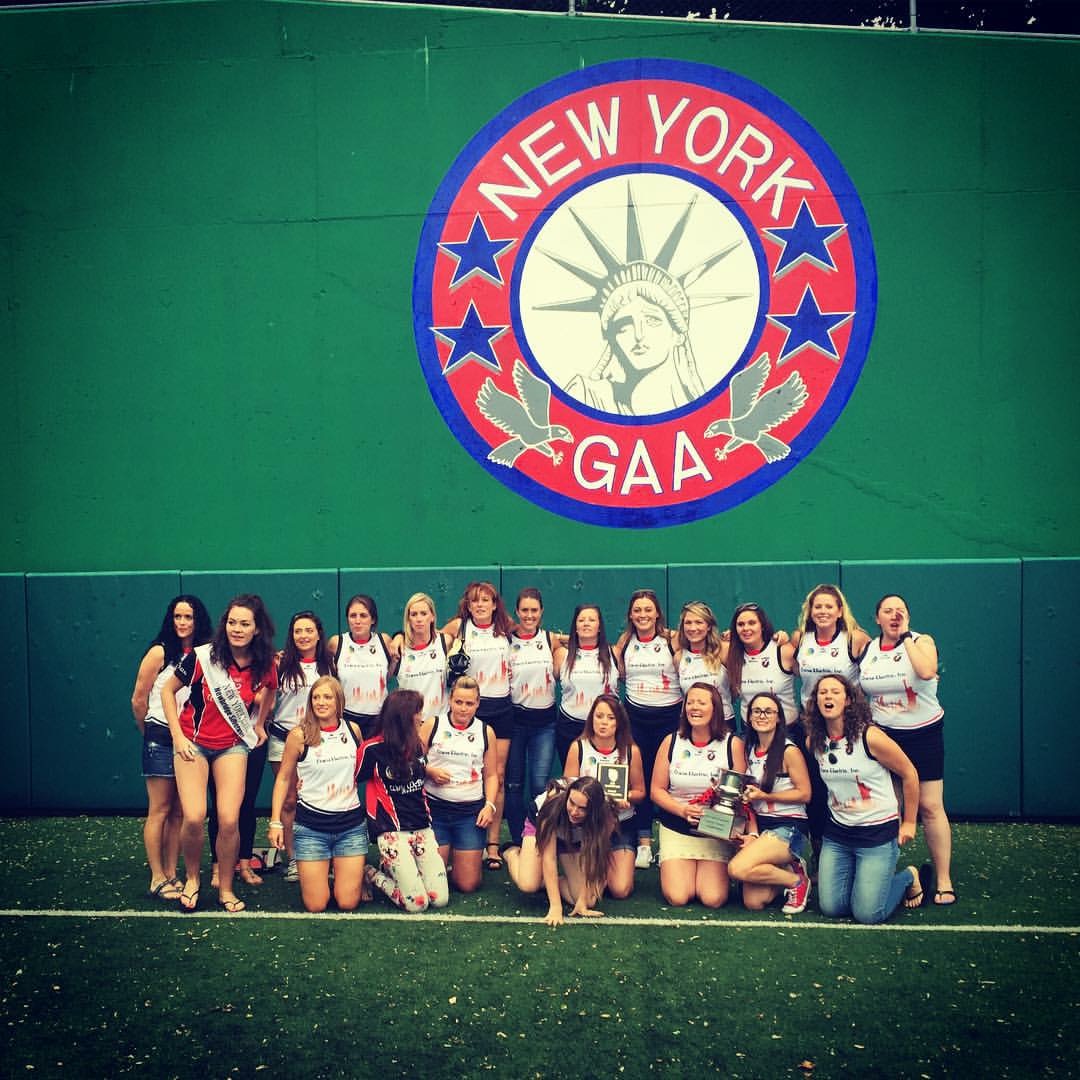 Gaelic Park NYC, where the girls were honoured during half time of the Men's Senior football final.
Well done to all involved. Keep up the great work!
Other Development news:
–       Offaly and Donegal secure U15 Cup and shield Victories!
–       Laois Go Games Gala Blitz
–       U17 School of Excellence Days coming up…
Offaly and Donegal secure U15 Cup and Shield Victories
The National U15 Blitz for phase 2 counties took place in Trim on Saturday the 3rd October. 10 counties took part in total. Offaly won the cup on day defeating Cavan on a scorline of 3-4 to 0-2. Donegal won the shield competition defeating Roscommon on a scoreline of 1-3 to 0-1. Well done to all teams involved in the competition! 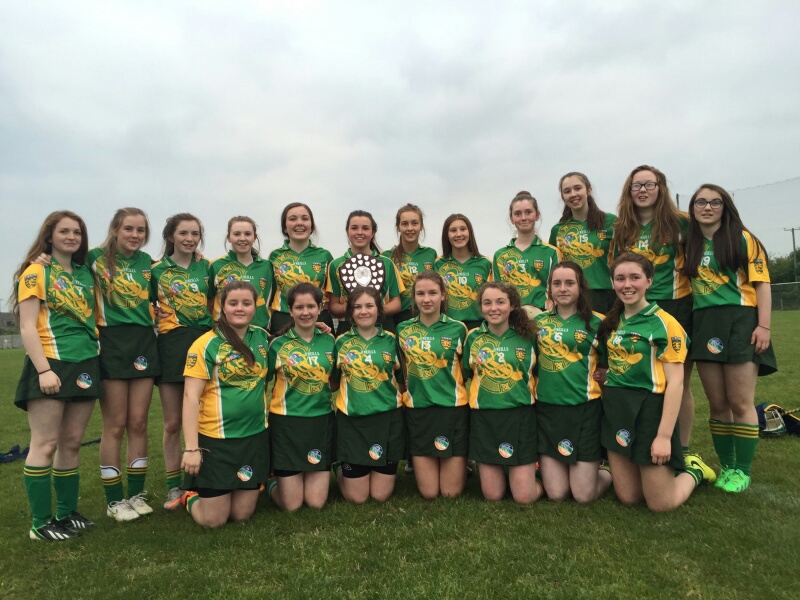 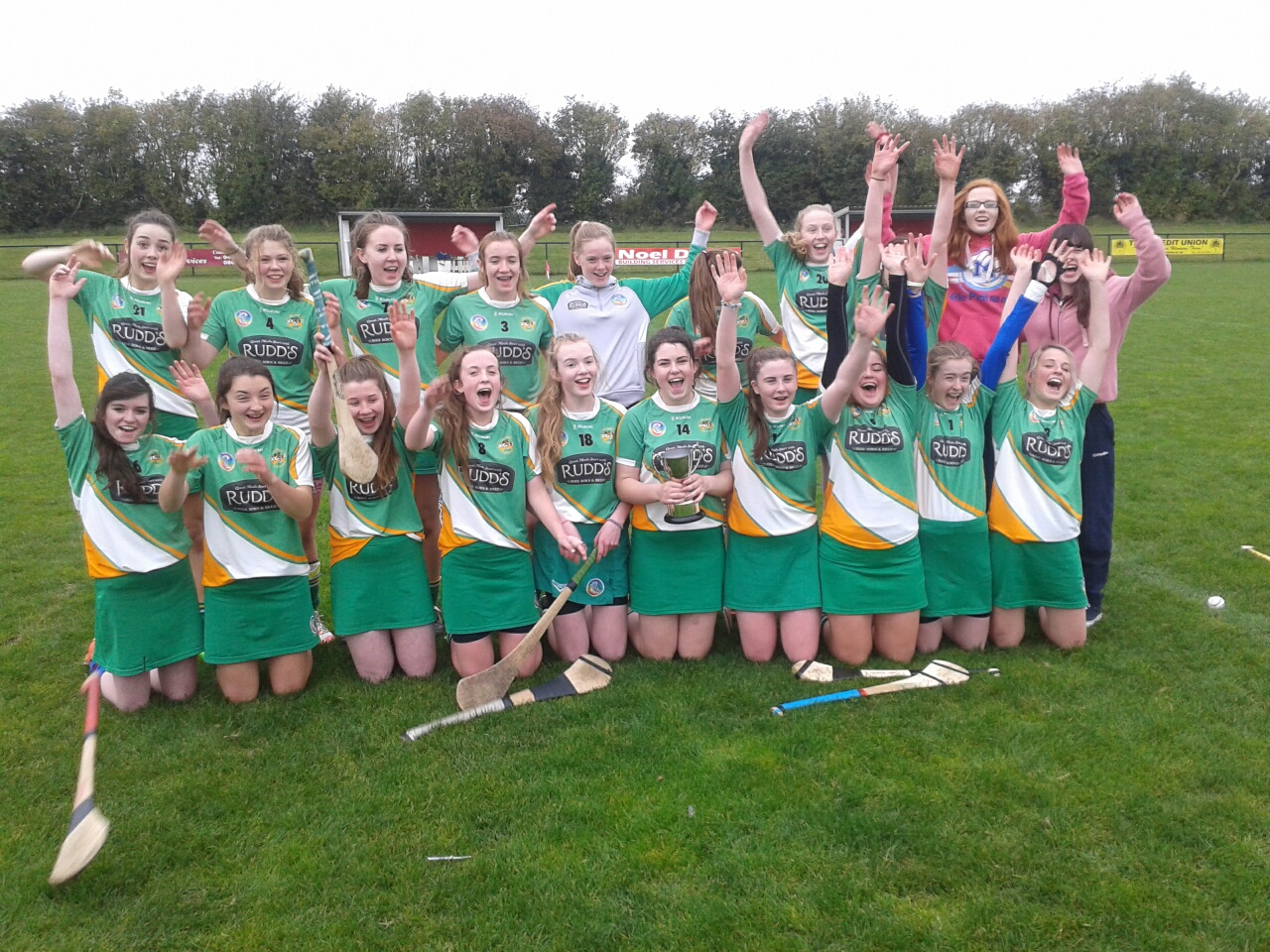 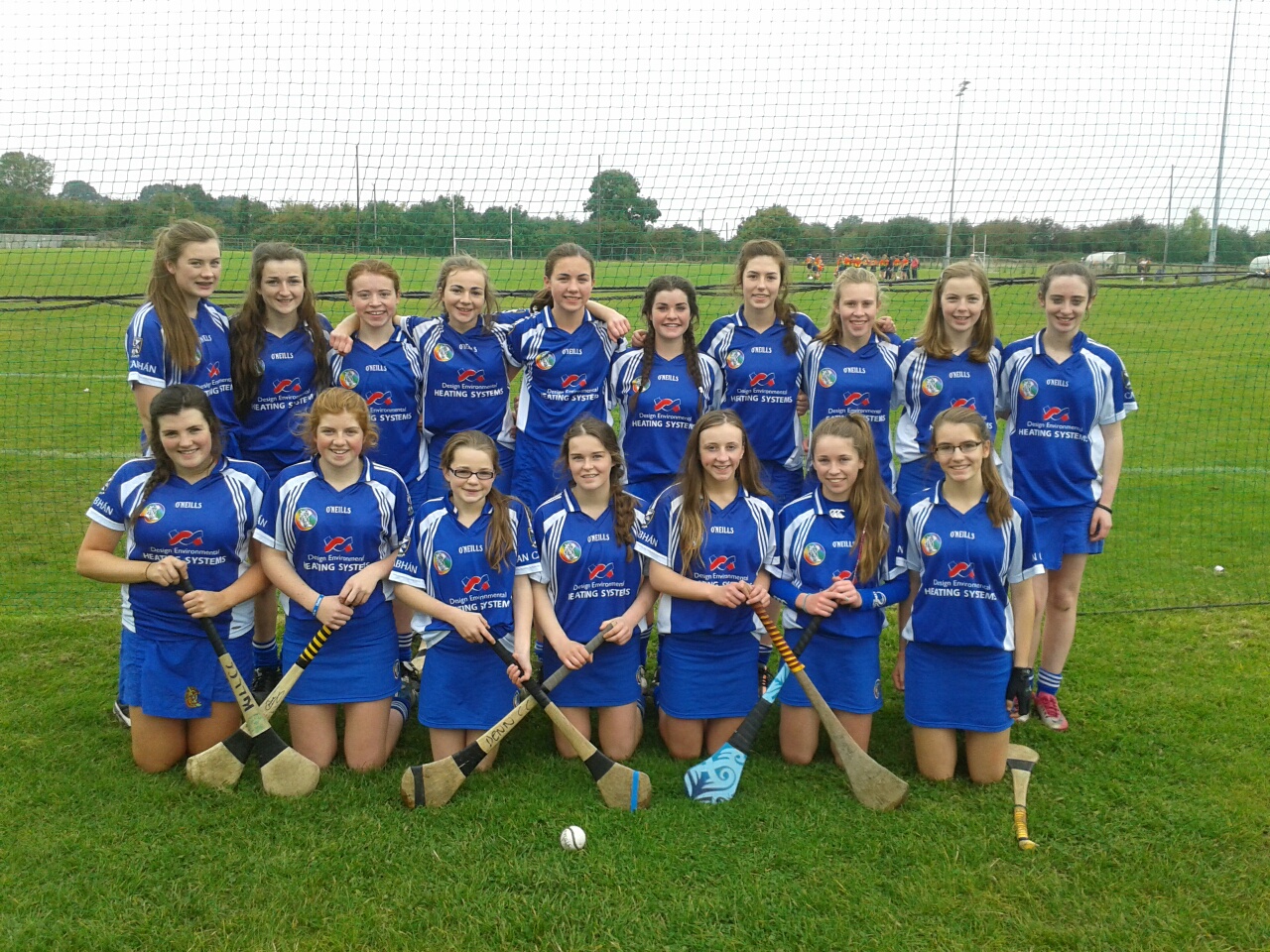 Cavan U15 Cup runners up 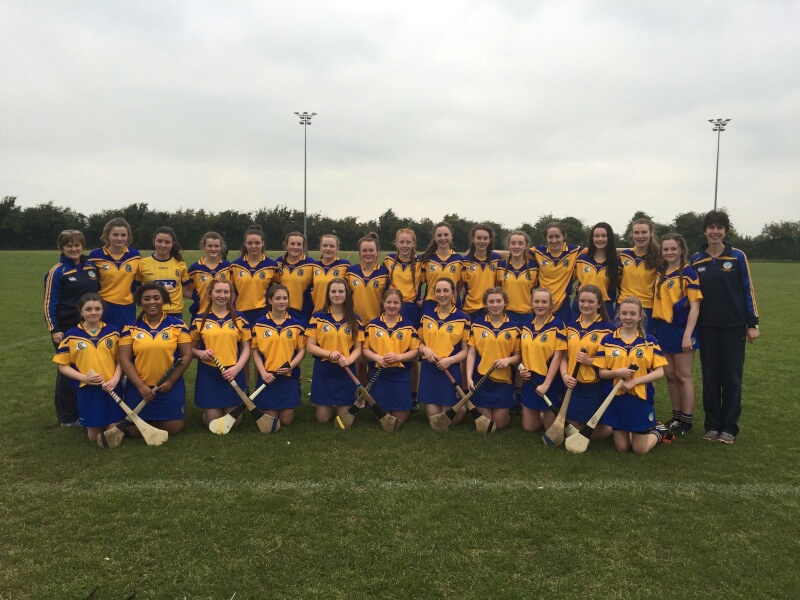 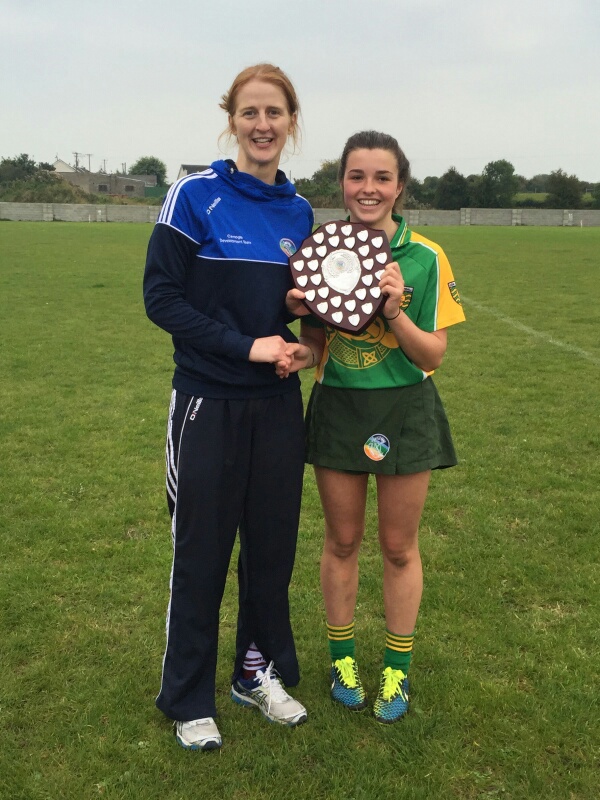 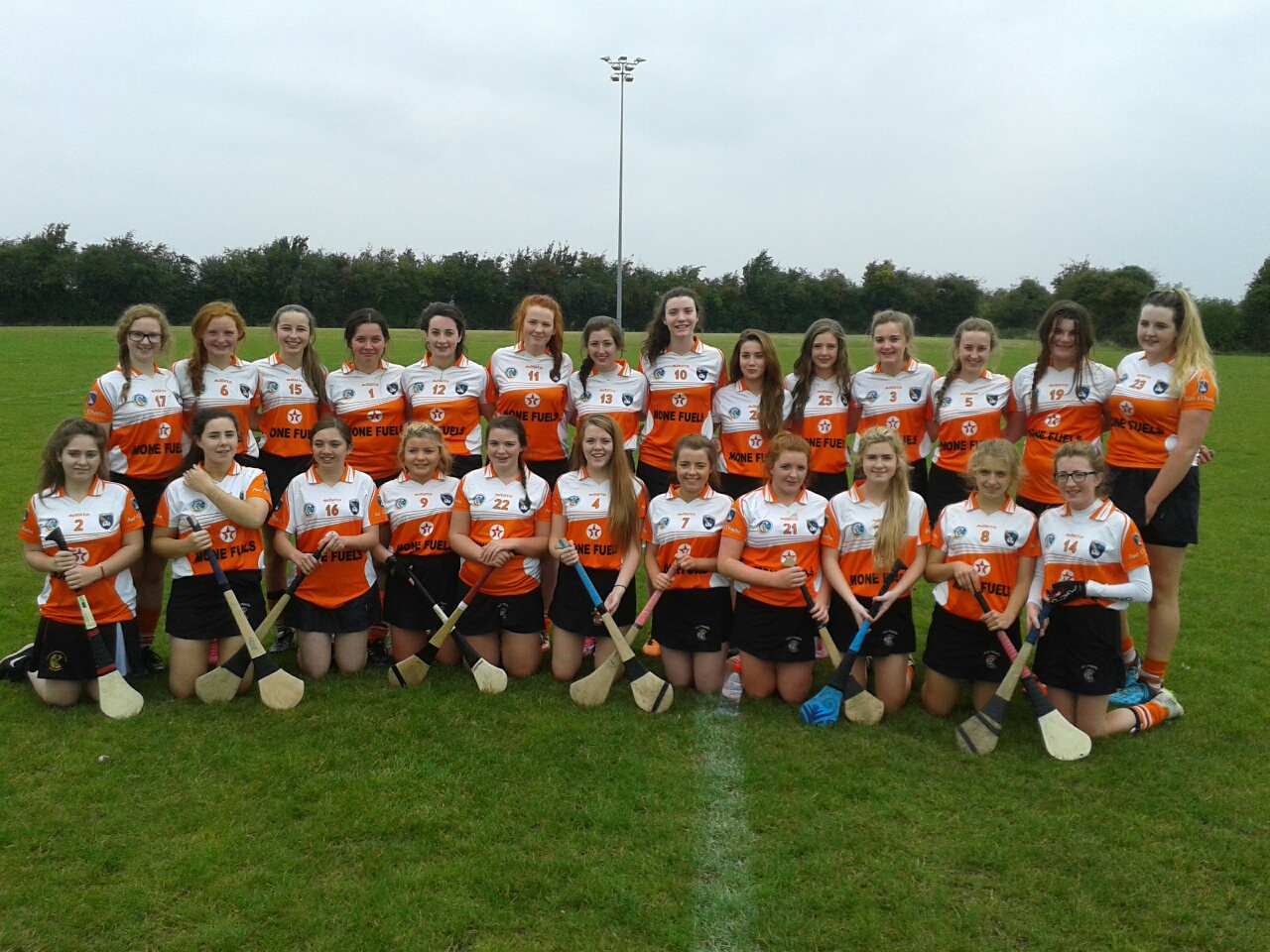 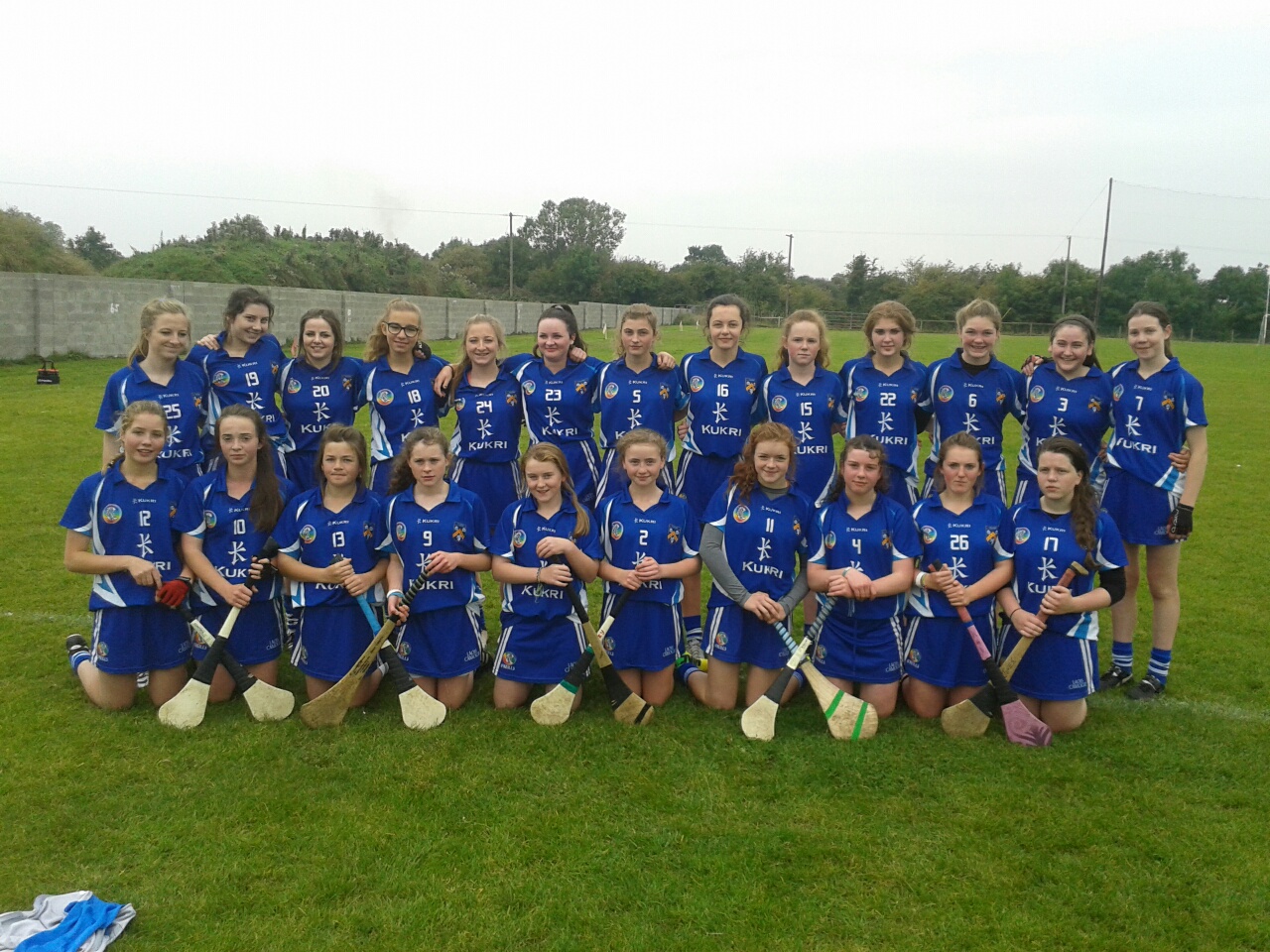 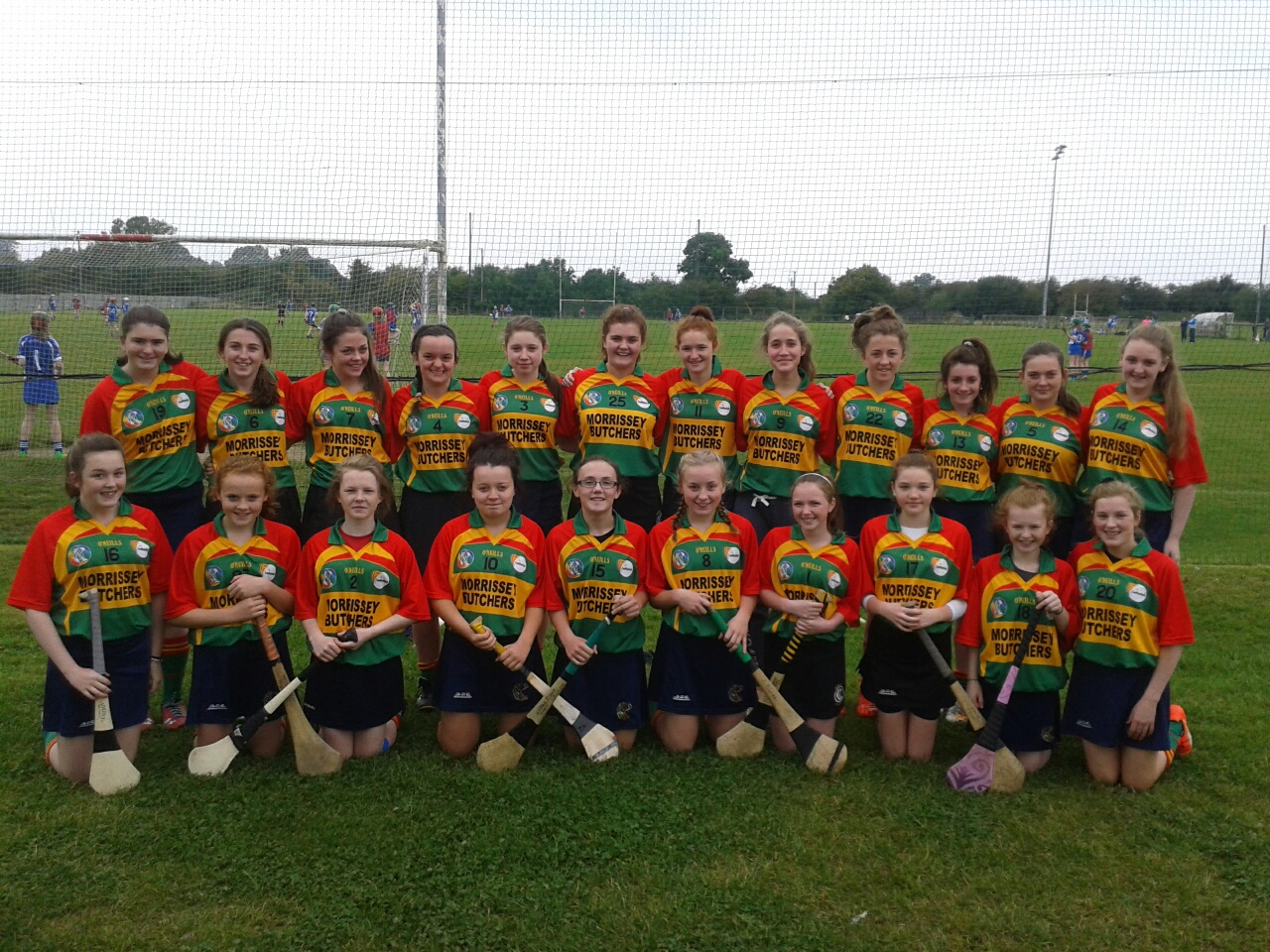 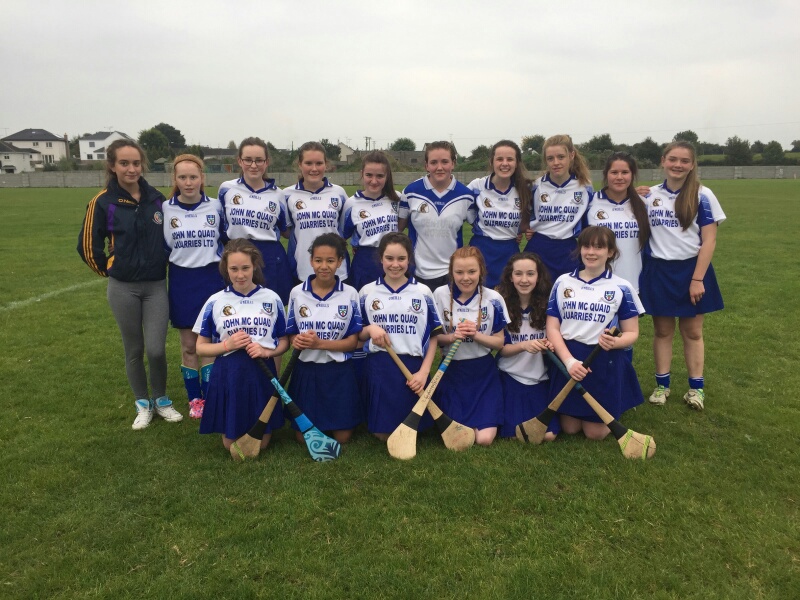 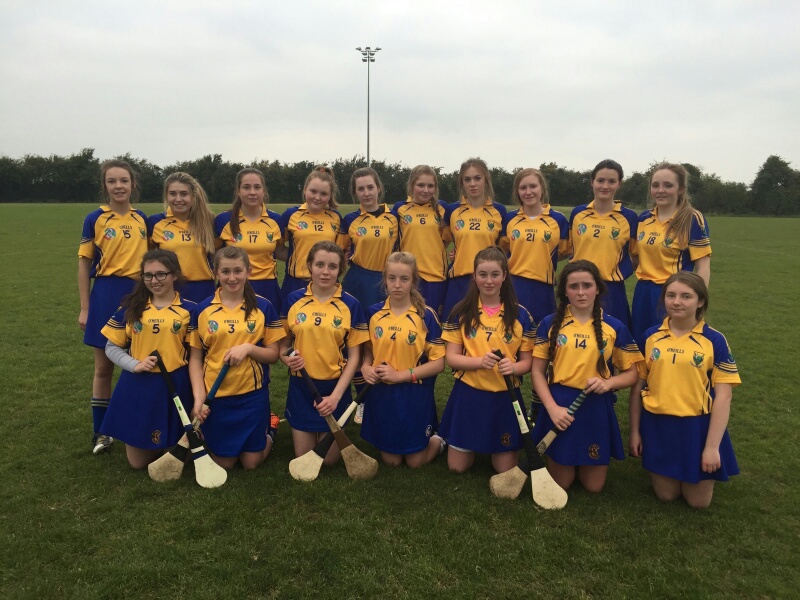 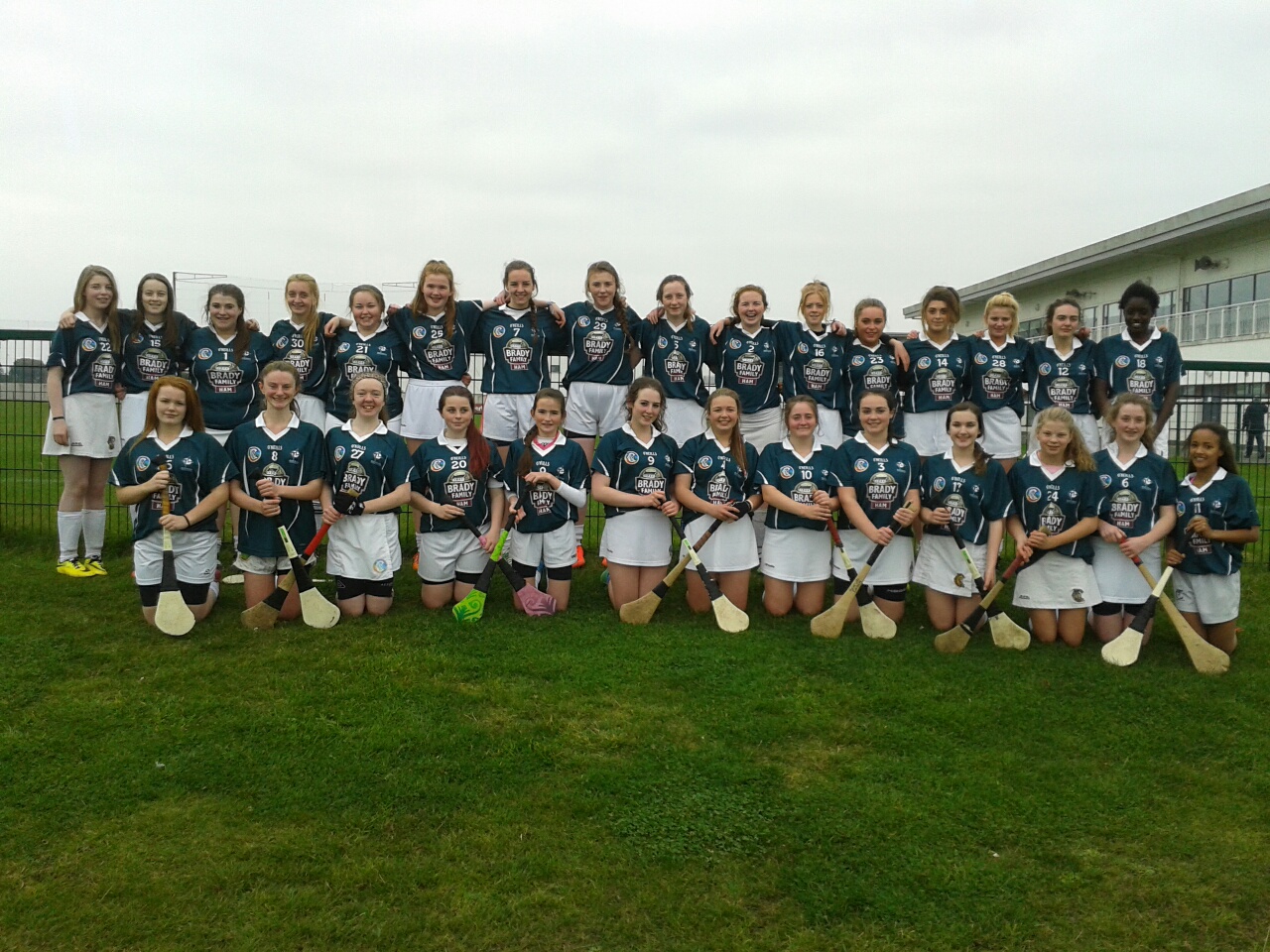 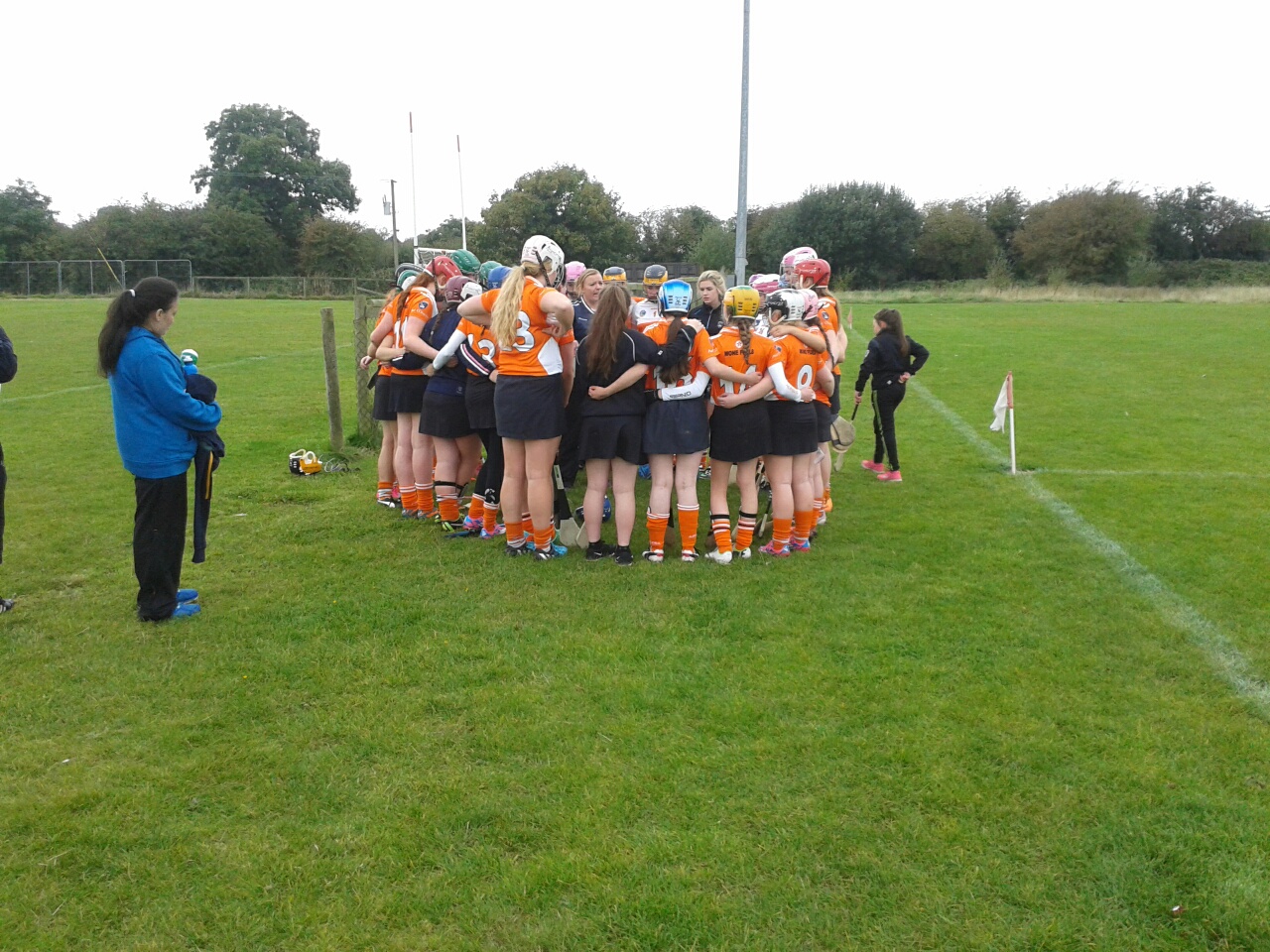 Armagh huddle preparing for game
Laois Go Games Gala Blitz
Laois Camogie finished off the 2015 season with a Gala blitz on Saturday the 3rd of October.
All 10 Laois clubs (St.Lazarians, O’Moores, Camross, Naomh Eamonn, St.Fintan’s, Portlaoise, Banrion Gaels, The Harps, St.Brigid’s and Clonad) took part in the blitz which catered for teams in 3 age groups including under 6’s, under 8’s and under 10’s.
The blitz was held in Rathleague and there was over 320 girls participating on the day.
Thanks to Laois Camogie player and Camogie Soaring Star Sarah-Anne Fitzgearld for the presentation of medals and cups. 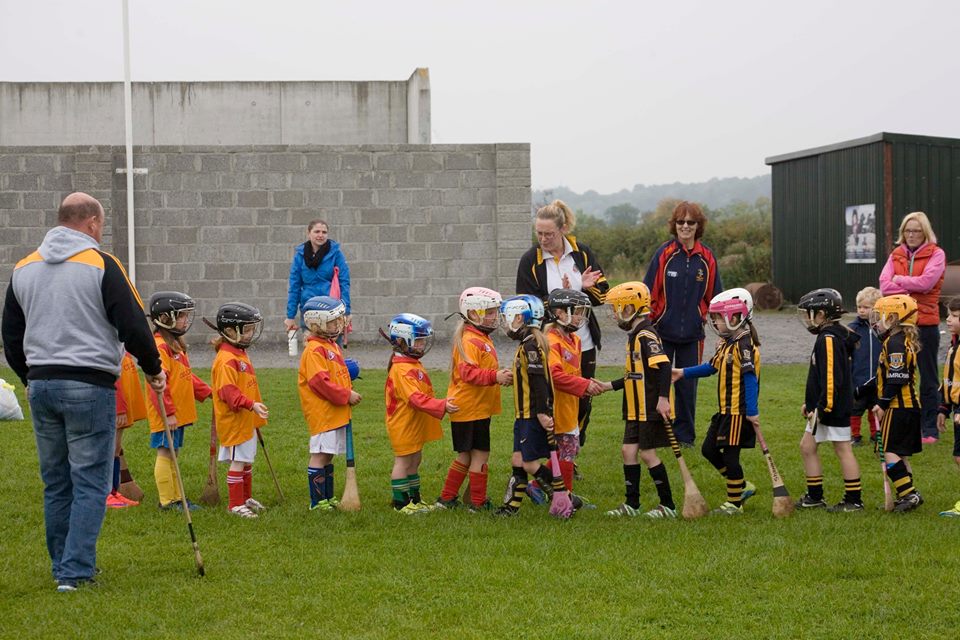 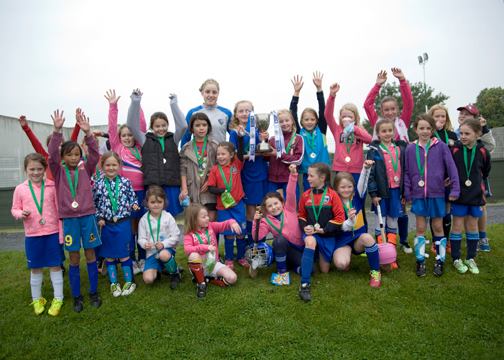 Sarah Anne Fitzerald with group of players at Laois Go Games Blitz
U17 School of Excellence Days Coming up…
There will be U17 school of excellence day coming up for counties on Saturday the 31st October. This is a continuation of the Intercounty Underage Development Model  These will be held in 2 locations and will include top level coaching for squads, talk on healthy lifestyle and participation based blitzes. Counties that are interested must e-mail: mary@camogie.ie