Camogie Tutors to Make a Difference!

Camogie Tutors to Make a Difference! 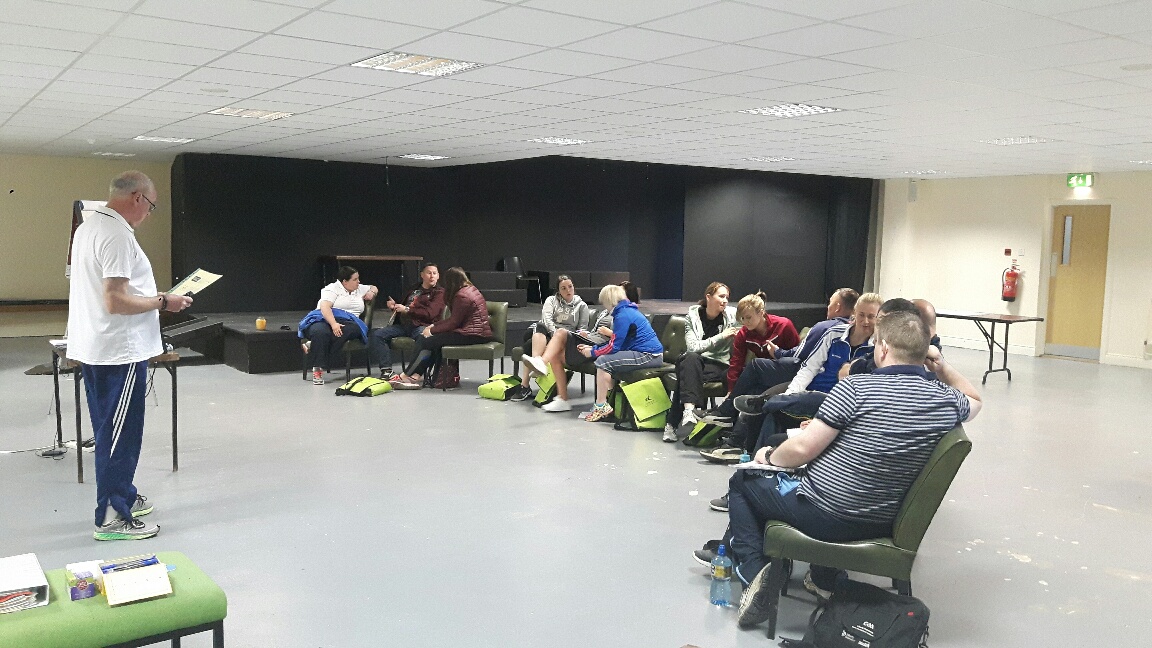 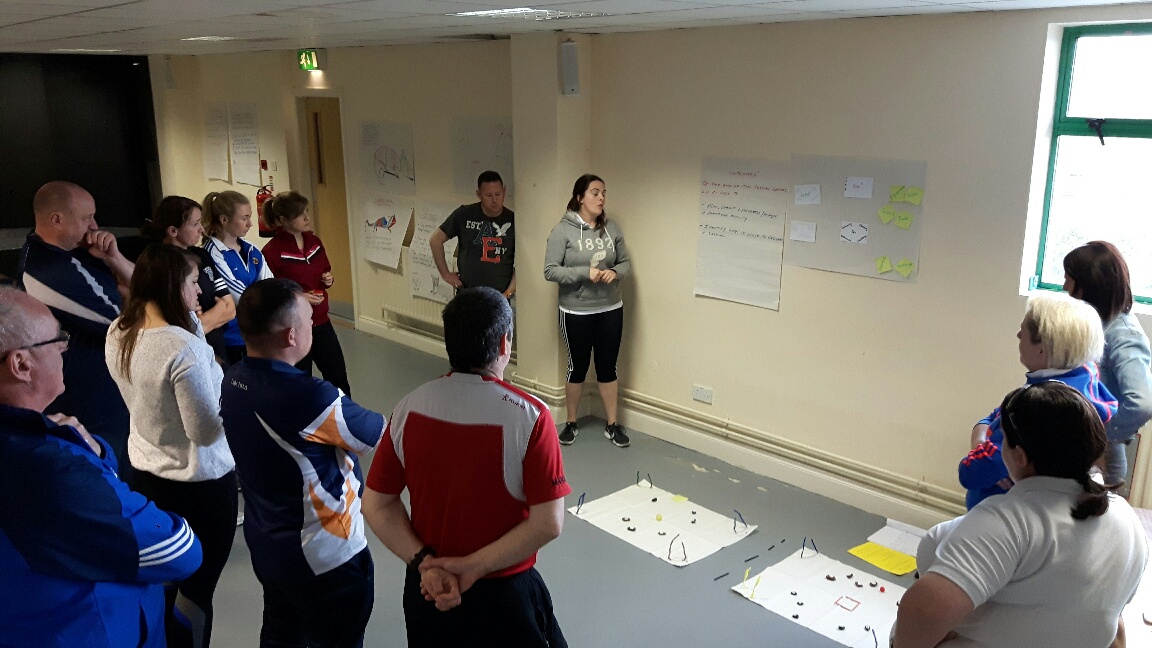 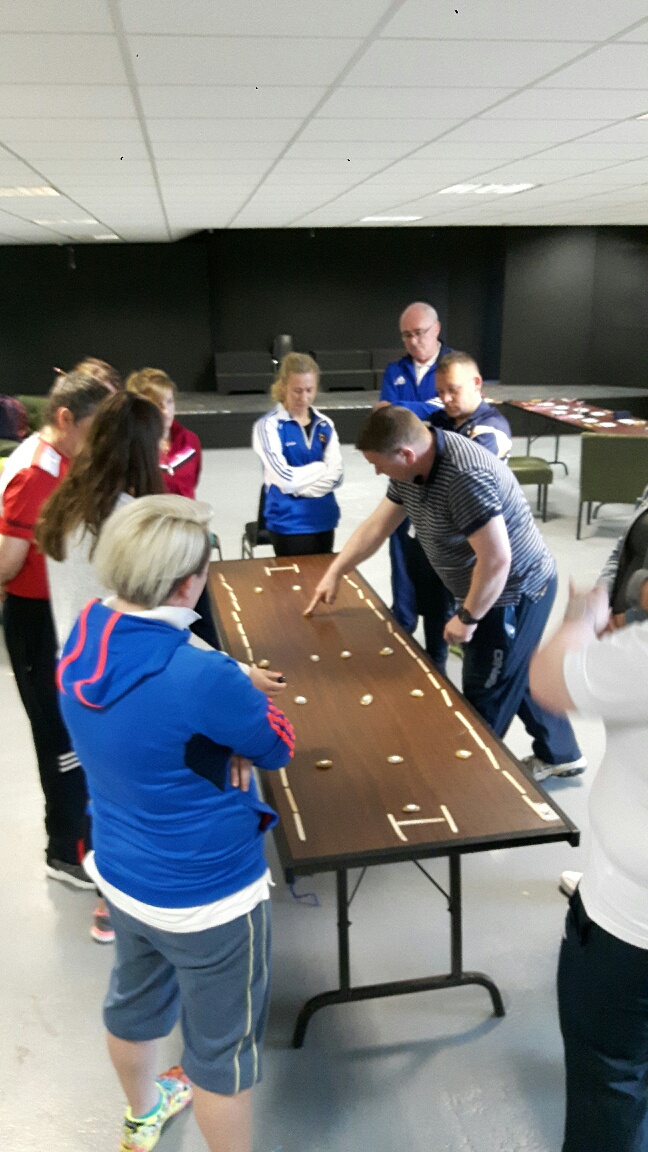 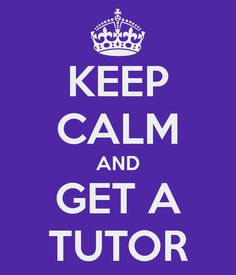 National Hurl with Me Programme Clubs
The clubs that will take part in the Hurl with Me Programme 2017 in association with the National Dairy Council have been announced!
The Hurl with Me Programme is a programme that supports parents’ involvement in the game.
The four week programme encourages parents/guardians to learn the basic skills of Camogie while also increasing their own physical activity levels. A tutor will be provided to the club to teach the parents the basic skills of the game of Camogie. The daughters will be participating in their normal training session at the same time.
By the end of the 4 week programme the parents will be confident in the basic skills of the game and will also be able to play a modified game themselves. At the end of the programme there will be a gathering of all clubs involved in the programme (24) for a National ‘Hurl with Me’ participation day.
The clubs that will take part in 2017 are:
Munster
Rockwell Rovers, Co. Tipperary
St. Mary’s, Co. Tipperary
Tramore, Co. Waterford
Croagh/Kilfinny, Co. Limerick
Éire Óg Ennis, Co. Clare
Kildorrery, Co. Cork
Bandon, Co. Cork
Ulster
St. Enda’s Derrymacnash, Co. Armagh
Collegeland O’Rahillys, Co. Armagh
Newbridge, Co. Derry
Clontribet, Co. Monaghan
Brídíni Óga, Co. Antrim
Leinster
Lough Lene Gaels, Co. Westmeath
Cooley, Co. Louth
Dunderry, Co. Meath
Thomas Davis, Dublin
Round Tower Clondalkin, Dublin
Erin’s Own, Co. Killkenny
Round Towers, Co. Kildare
Naomh Eamonn, Co. Laois
Davidstown/Courtnacuddy, Co. Wexford
Connacht
Athleague, Co. Roscommon
Moycullen, Co. Galway
Tuam, Co. Galway 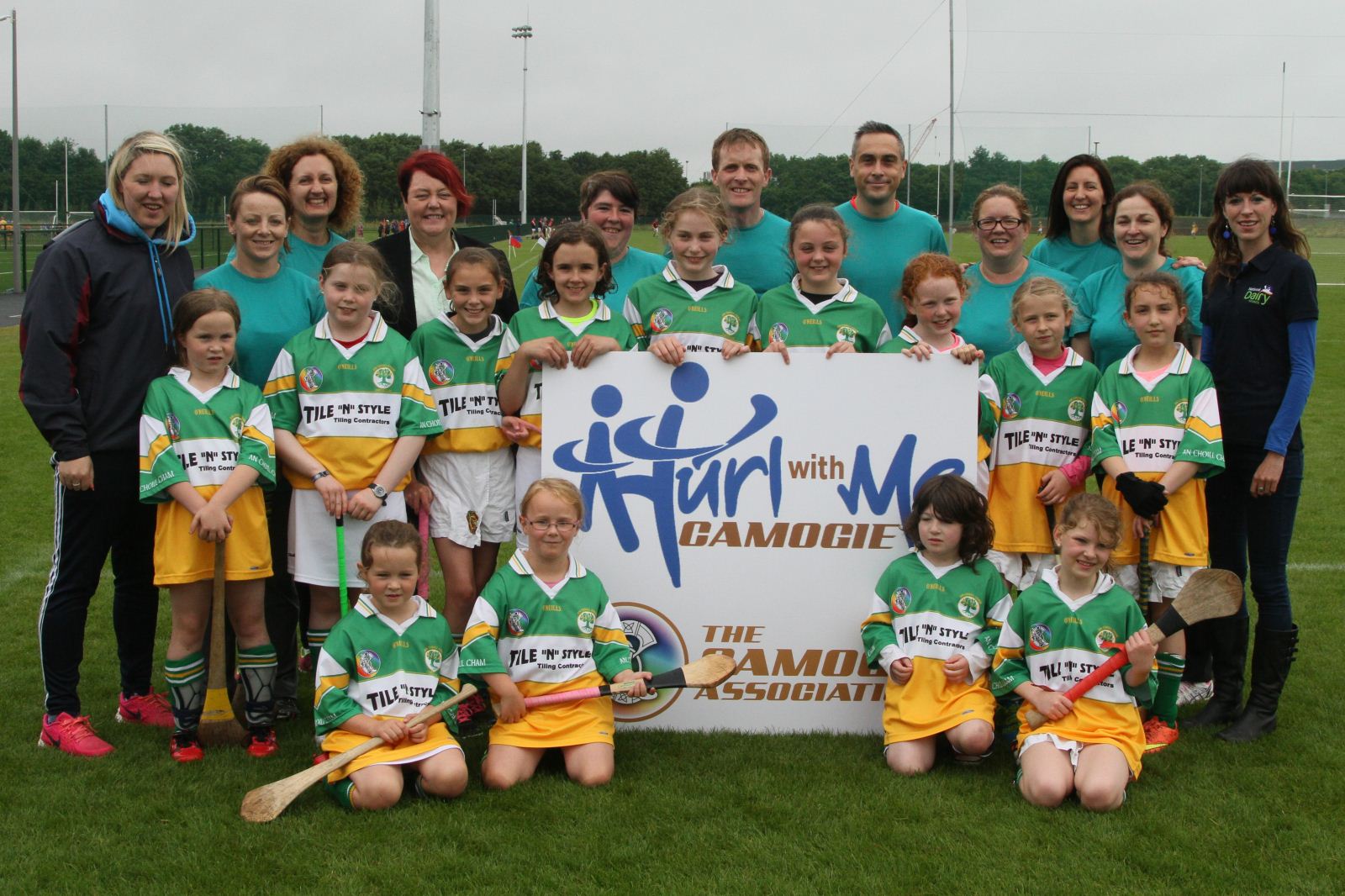 Crookedwood Westmeath Hurl with Me 2016
Monaghan School Development League Final
Congratulations to Our Lady’s secondary school Castleblaney who won the first monaghan u16 secondary school competition.  They defeated St Ciaran’s of Ballygawley in a well contested battle. Thanks to all the players, teachers and Cloghan for the support and to Monaghan Chairman Hugh Cullen for presenting the cup. 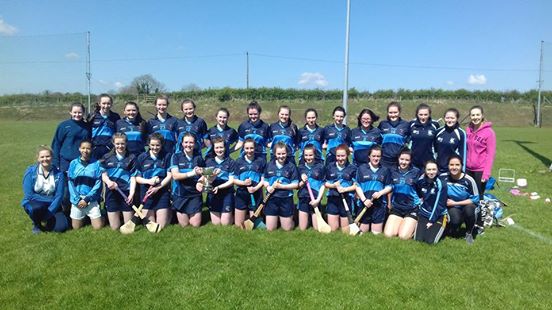 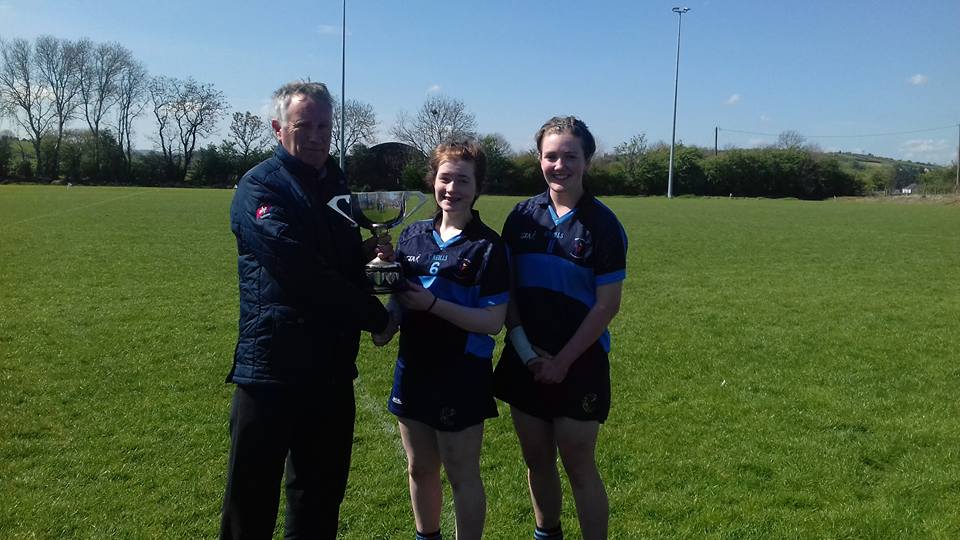 Presentation to Captains of Our Lady's by Monaghan Chairman Hugh Cullen
Feile Workshop with Ann Downey & Martin Fogarty
Dicksboro Kilkenny was the location for a workshop on Tuesday May 9th as pre Feile preparation.  The workshop named ‘Hard working players, increasing intensity’ had special guest Martin Fogarty and Ann Downey presenting to the 50+ coaches in attendance. It was an excellent workshop, focusing on basic skills at speed and general Feile team preparation. A huge thanks to the players of Dicksboro and to Martin and Ann for passing on their vast knowledge of the game. 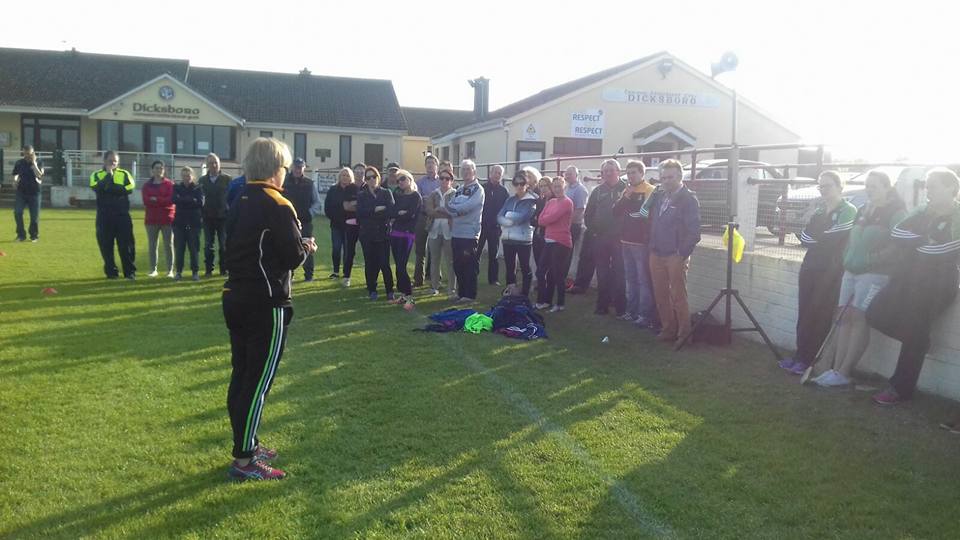 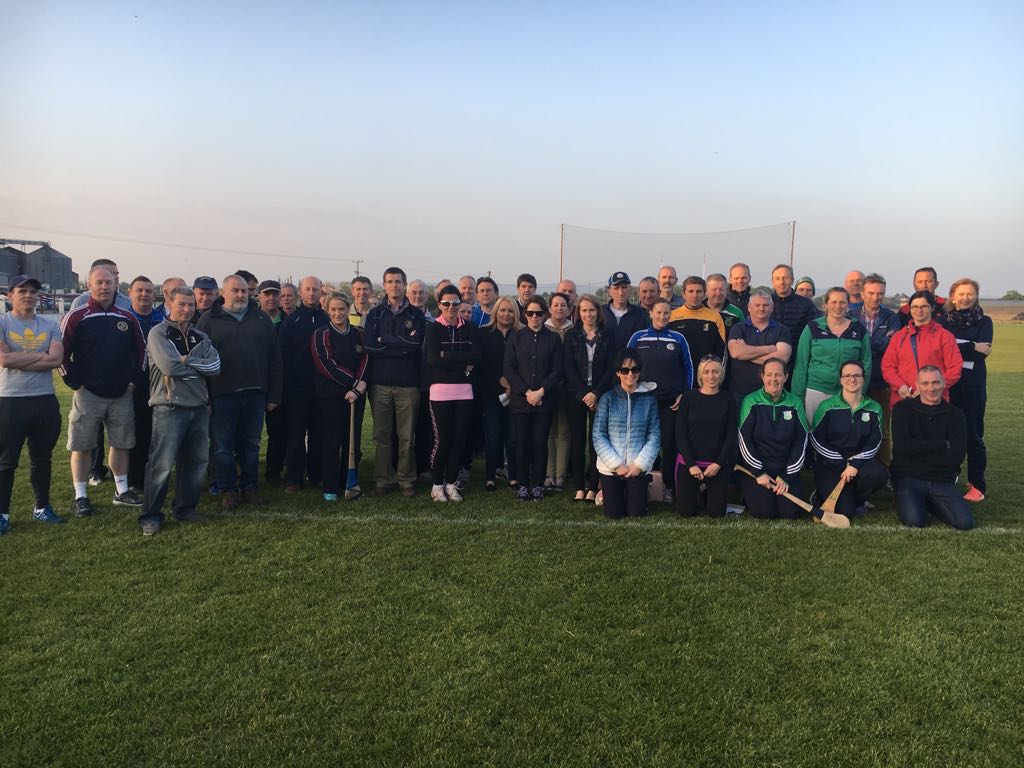 Coaches in attendance at Feile Workshop
Feile Launch
The John West Feile na nGael will be officially launched next Wednesday May 17th at 7.30pm in the Woodford Dolmen Hotel Carlow on Wednesday. Huge preparations have been ongoing since the start of the year from the local committee and the National Feile Committee.  The hosting counties this year are Wexford, Kilkenny & Carlow. This is set to be the biggest Feile ever with a whopping 7 divisions in the National Camogie Feile for 2017.

National Hurling Development Manager Visits Round Towers Kildare Town
On Monday evening May 8th, National Hurling Development Manager Martin Fogarty visited Round Towers Kildare Town Camogie/Hurling juvenile training. Martin was “blown away” by the fantastic set-up that he witnessed with 110 girls and boys and a large number of mentors actively engaging the groups (that Round Towers colours are black & amber also may have impressed Martin!).
For such a camogie/ hurling set-up to have evolved at the club in less than a year is a huge testament to the work of Paul Condon, Christy Guiney, Vicky Duffy and Brendan Barber among others, brilliantly facilitated by the GAA club leadership of Frank McMahon and Brendan Magee. Martin complimented the work of the club in laying this great groundwork at the young ages and looks forward to watching the club’s development in the forthcoming years. 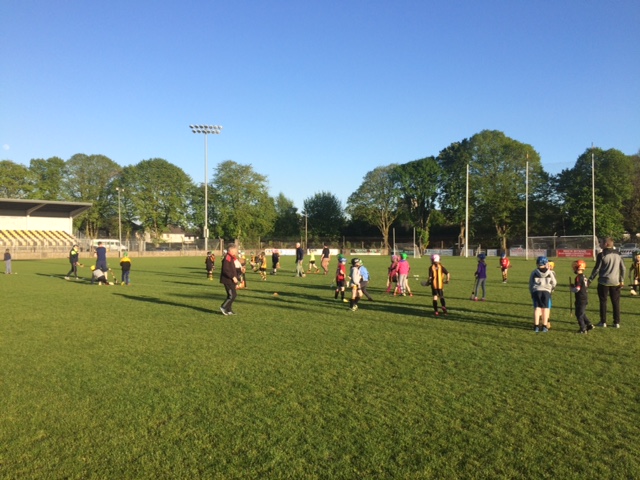 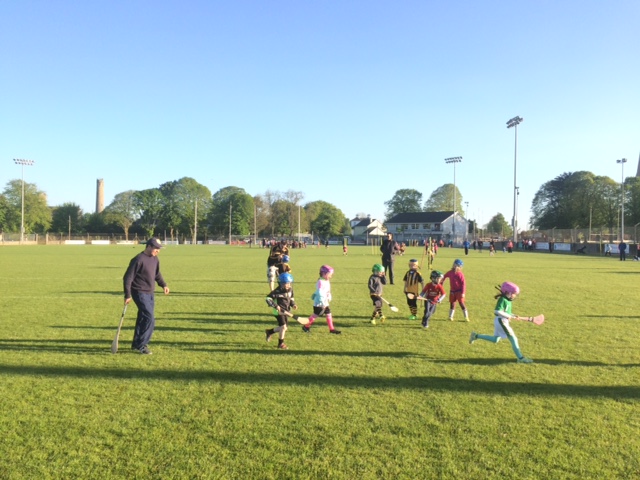 Leinster Club League Finals
The finals of the Provincial Leinster Club League took place on Saturday April 29th.  Over 40 teams from across the province took part in the league for 2017 which has proved to be hugely successful for club players.  The league aims to give club players games pre-season while county players are in action.  A really progressive league in affording club players the opportunity to get extra games, play against a variety of opposition and improve club standards.  Well done to Leinster Council on administering a great league and to the 4 winners.
Division 1: Rathnure Wexford
Division 2: St Cillian’s Offaly
Division 3: Kilmacud Crokes Dublin
Division 4: St Claire’s Kilkenny 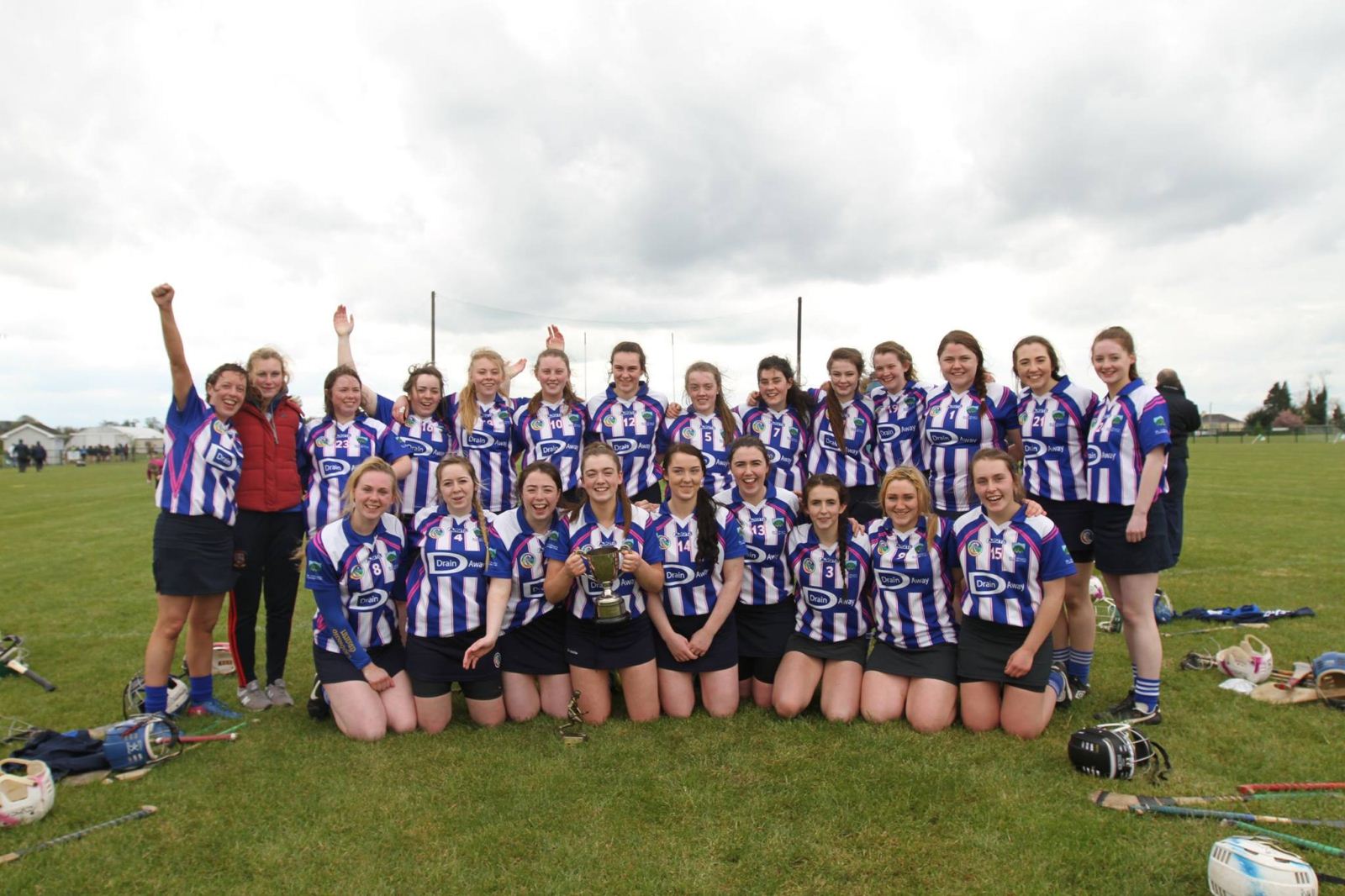 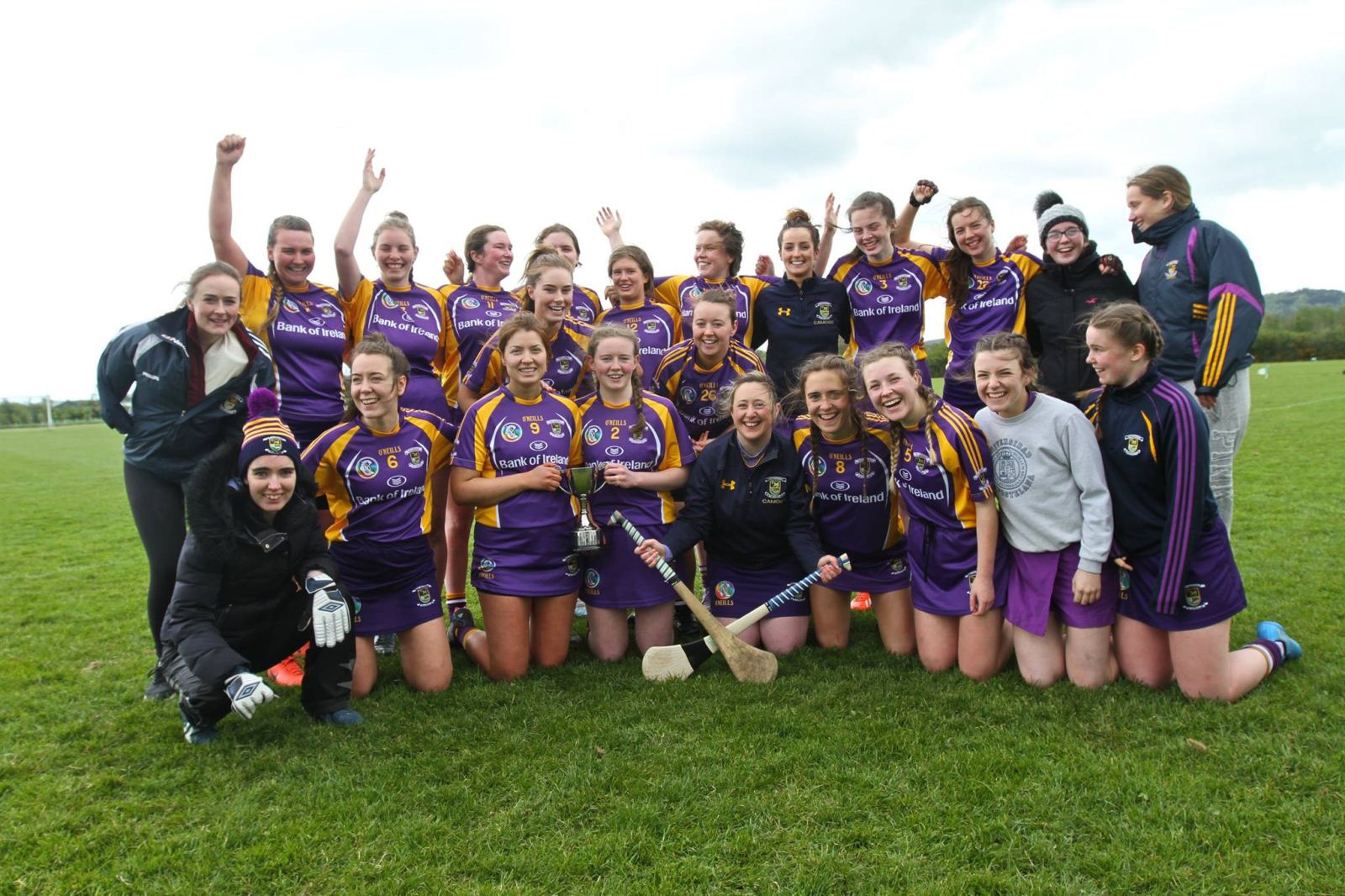 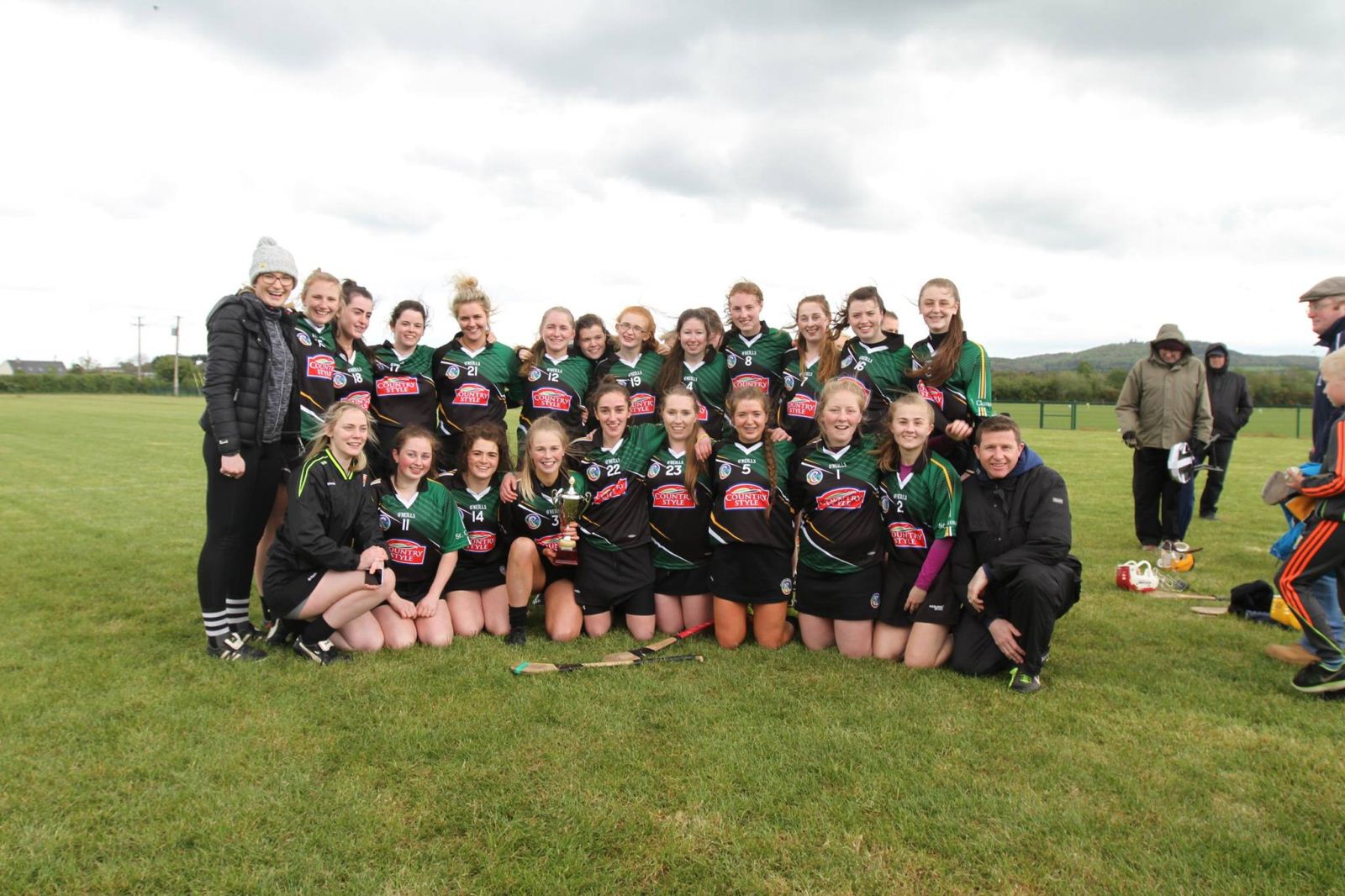 St Claire's Kilkenny
Provincial GAA Workshops
A series of provincial workshops will be rolled out by the GAA and National Hurling Development Manager Martin Fogarty over the coming months. These will be very informative and practical with high profile guests and are available to anyone who wishes to sign up. 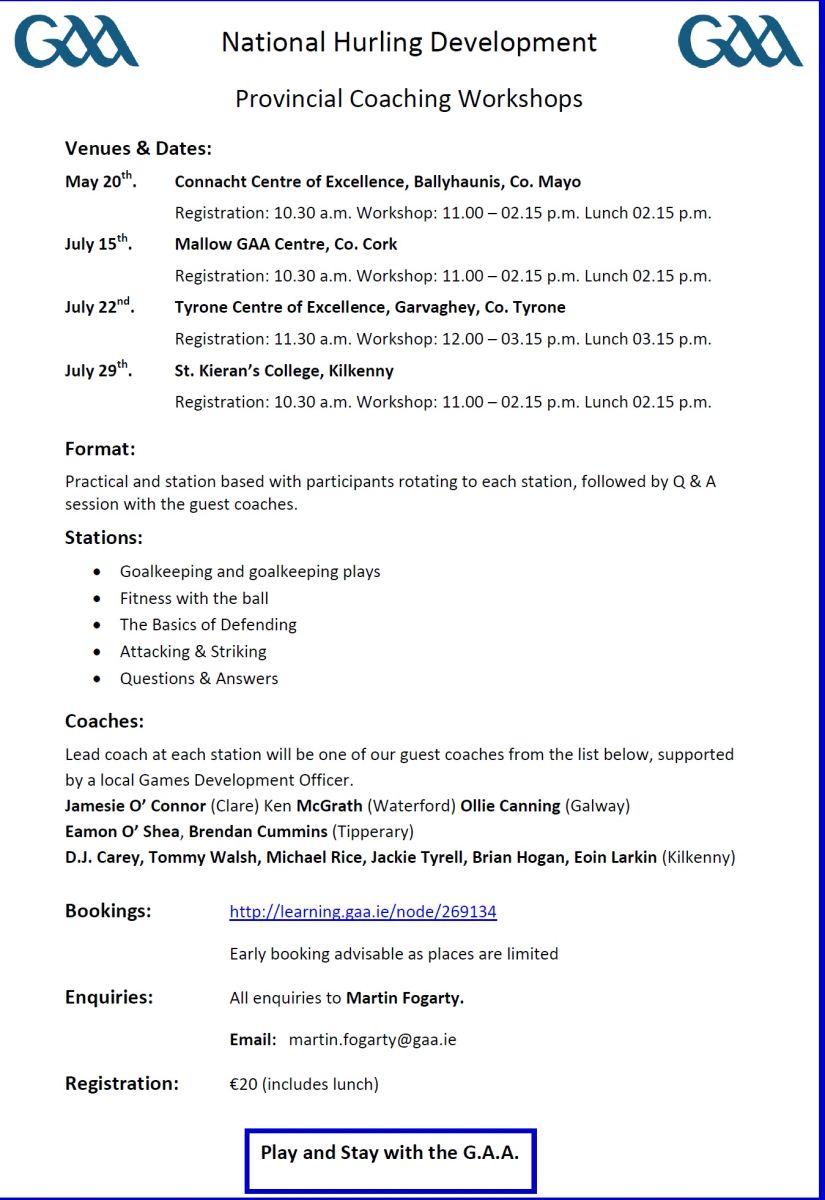 If your club or county has any exciting camogie development news you would like to share with us please email eve.talbot@camogie.ie

ROUND-UP: Cork cement top spot but two other G1 berths up for grabs

Reveals for Camán to Croker!