Draws announced for the Senior, Intermediate and Premier Junior competitions

Monday, March 28, 2022: Carmel Naughton and Glen Dimplex are pleased to announce their joint sponsorship of the Camogie Association and Championships for the five-year period 2022-2027.

Carmel Naughton, who has taken immense satisfaction from seeing how the game has progressed since playing Camogie in Monaghan as a young girl, has chosen to support the sport in a philanthropic capacity with branding rights associated with the sponsorship resting with joint sponsor Glen Dimplex: “I have very fond memories of my years playing Camogie. To me Camogie is ultimately about community, teamwork and how the energy, drive and passion of a group of people can deliver such dividends that benefit both local and wider society.”

Glen Dimplex is an Irish-headquartered international manufacturing group, which specialises in innovative low-carbon electric heating and ventilation solutions and is owned by the Naughton family. 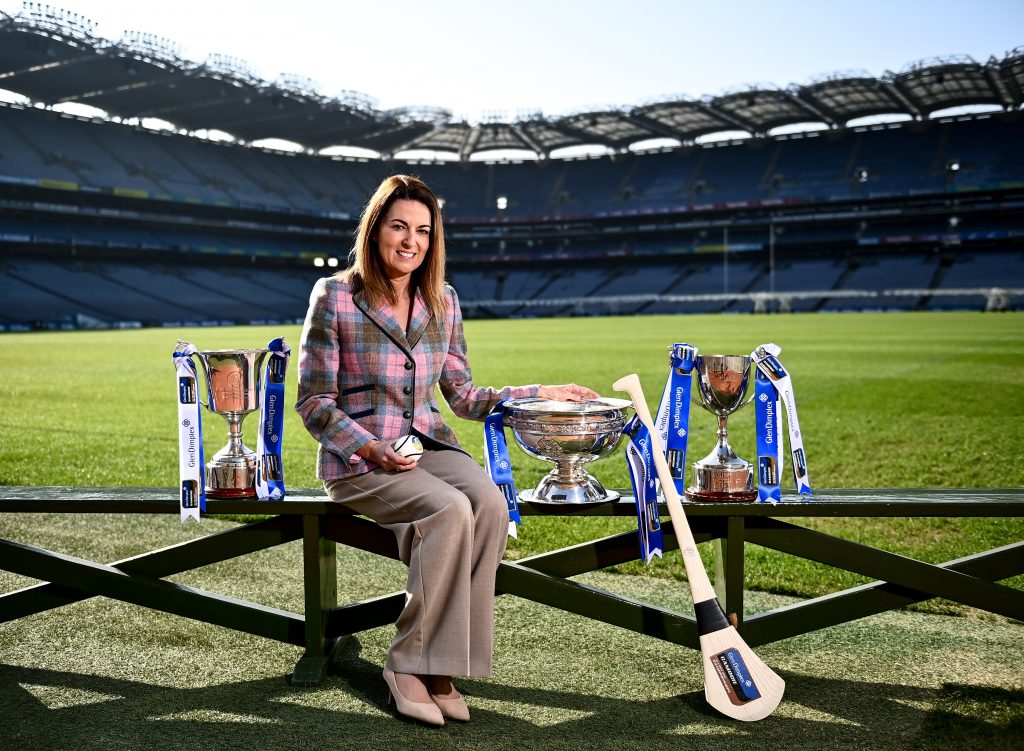 28 March 2022; Rowena McCappin, Head of External Relations and Engagement, Glen Dimplex in attendance at Croke Park in Dublin as Glen Dimplex announced a new five year sponsorship of the Camogie championships and association. The Draws for the 2022 Senior, Intermediate and Premier Junior competitions were also announced. Photo by David Fitzgerald/Sportsfile *** NO REPRODUCTION FEE ***

The new five-year deal is a huge boost for the sport and was warmly welcomed by the Camogie Association and camogie county boards representing almost 600 clubs nationwide. The new title sponsorship, and the launch of the 2022 Championships, were announced today at Croke Park in Dublin by Rowena McCappin, Head of External Relations and Engagement, Glen Dimplex, Camogie Association President Hilda Breslin and Ard Stiúrthóir, Sinéad McNulty. It was also announced that the senior championship semi-finals will be held in Croke Park this July,

Glen Dimplex’s Rowena McCappin said the company were delighted to be involved with the sponsorship of such a key sport in Ireland and highlighted the connection between Glen Dimplex and the Camogie Association: “I see a synergy between Glen Dimplex’s business and the Camogie Association, given the energy that is exuded on the camogie pitch, and the sport’s role in inspiring and sustaining local communities. We’re all, as a society, on a journey of sustainability for climate and community.”

Hilda Breslin, of the Camogie Association acknowledged the generous contributions of Carmel Naughton and Glen Dimplex, and the commitment shown through signing a five-year deal.  She also welcomed the significance of having an Irish-owned internationally recognised brand associated with the organisation and its competitions: 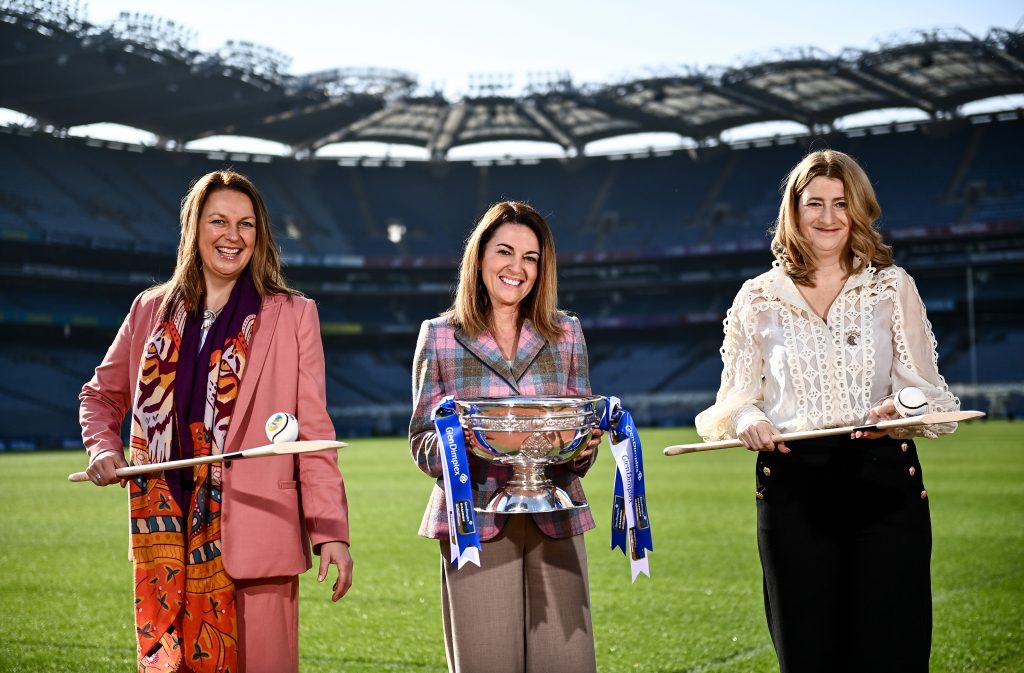 “We would like to thank Carmel Naughton and Glen Dimplex for their support. We are thrilled to be working alongside an international Irish brand such as Glen Dimplex. This new sponsorship enables us to progress so many important initiatives and allows us to plan for the future.  We look forward to working together to grow this wonderful women’s sport.”

The Camogie Association today launched the 2022 Glen Dimplex All-Ireland Camogie Championships, which commence from the weekend of 21st/ 22nd May 2022 and will culminate in a triple-header All Ireland Final at Croke Park on Sunday 7th August 2022. The draws have been completed for the Senior, Intermediate and Premier Junior competitions with groupings and competition structures set out below.

Top in each group straight into semi-finals.

Bottom in each group into relegation.

Top in each group straight into semi-finals.

Bottom in each group into relegation.

Top 2 in each group straight into semi-finals.

* Please note that if a team withdraws prior to the start of the Premier Junior Championship, we reserve the right to re-draw the competition.

Tickets for all games will be sold online in advance.

Information about all fixtures, including times, date, venues, and links to ticket sales will be available at www.camogie.ie