Latest
National Go Games Week 14th-20th April
The first ever national celebration of GAA Go Games takes place this week April 14th-20th with three days of blitzes in Croke Park, involving 1500 children from all 32 counties. A very special event took place in Croke Park on Monday 14th with the Artane Band leading a pre-event parade which included representatives of all 32 counties. Camogie was represented on the day by teams from Tipperary, Mayo, Derry and Dublin. 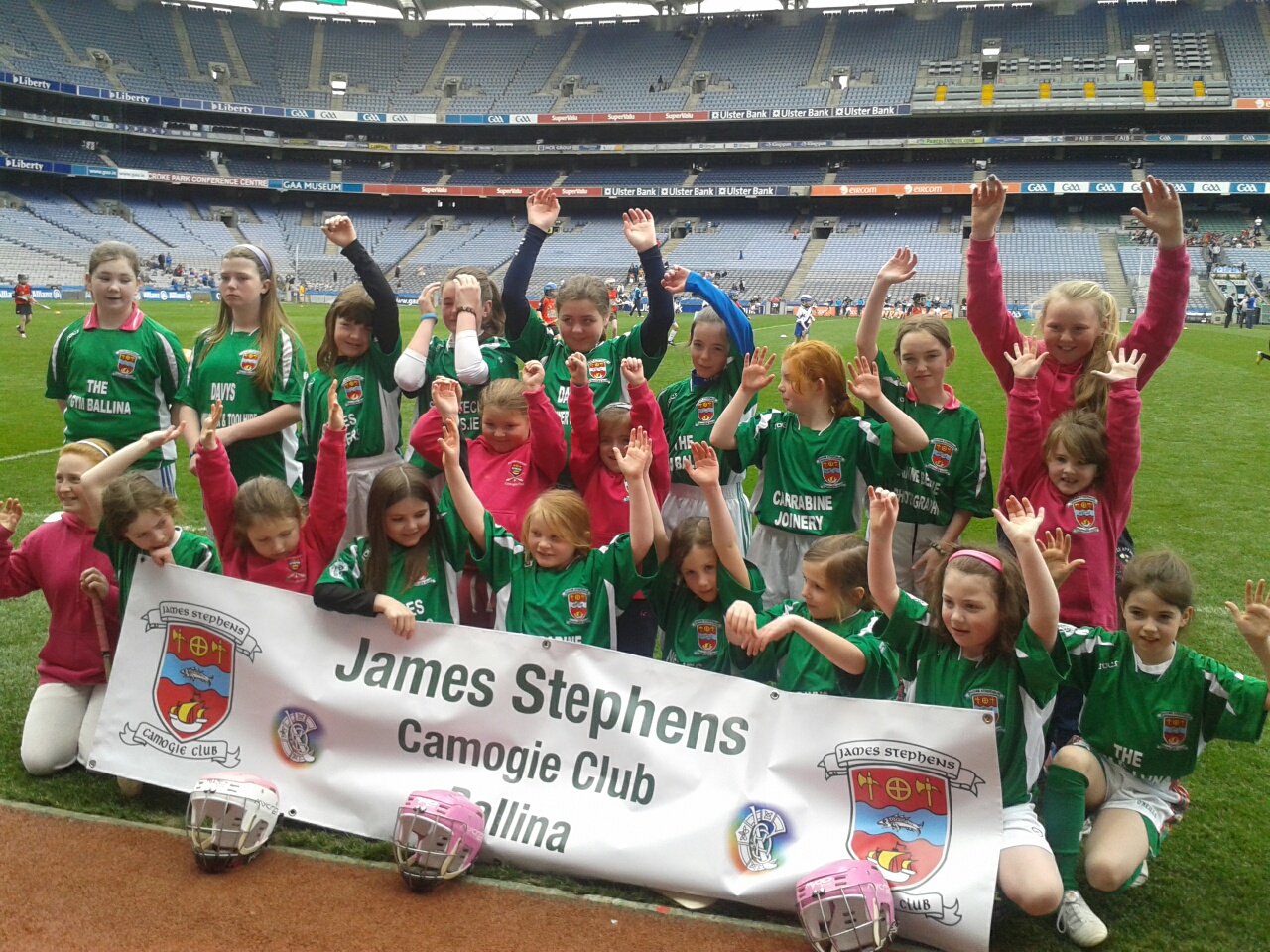 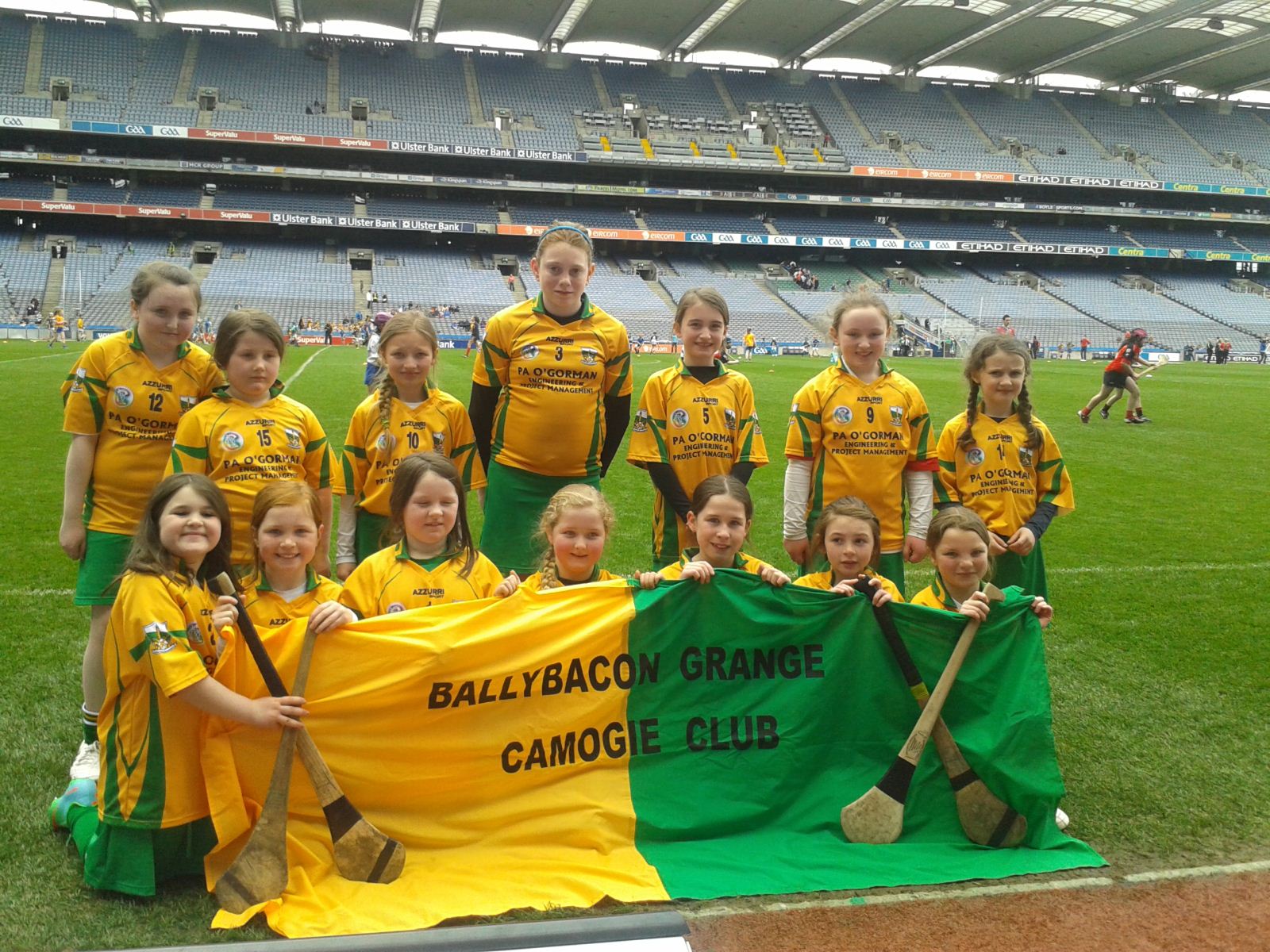 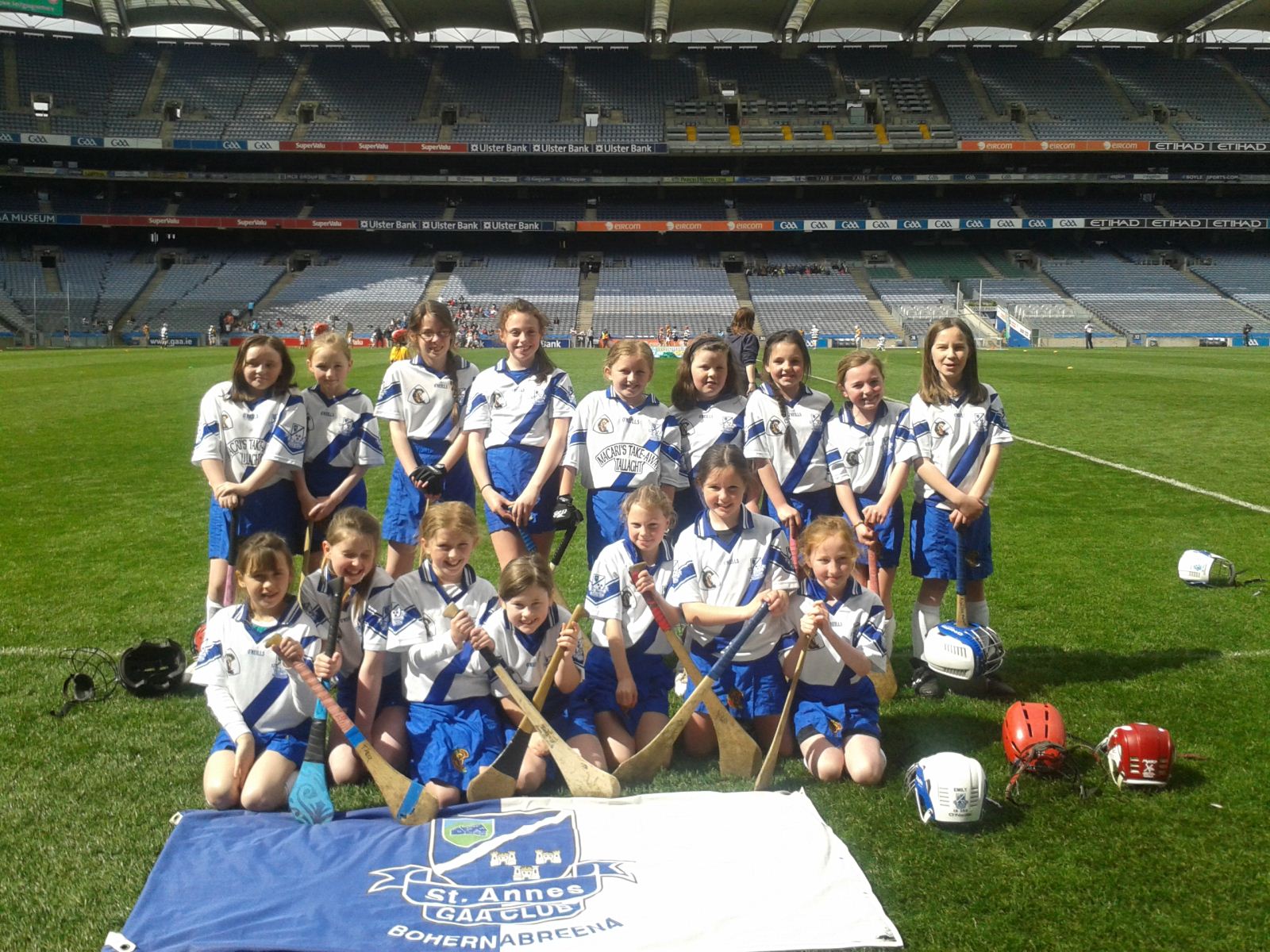 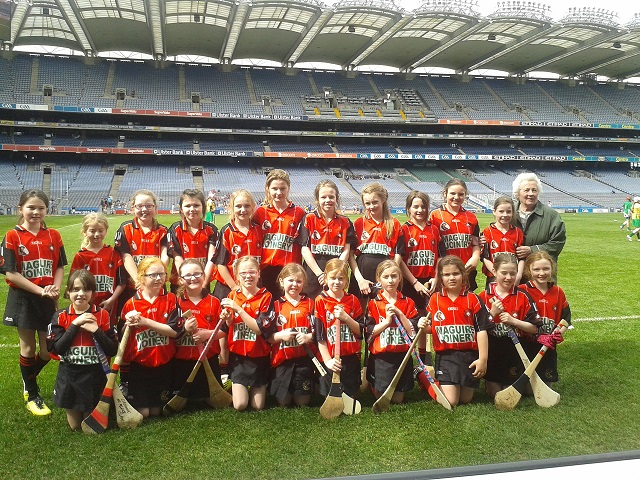 Foundation Course- Camán Get a Grip
A foundation course took place in Philipstown, Louth on 15th and 16th April with 10 coaches completing the course. 20 club coaches attended a foundation course in St.Cuans secondary school in Galway on the 8th and 15th April. Well done to all those who are now certified Camogie coaches in association with Coaching Ireland.
DCU foundation course is now complete with 46 students receiving their foundation certificate. 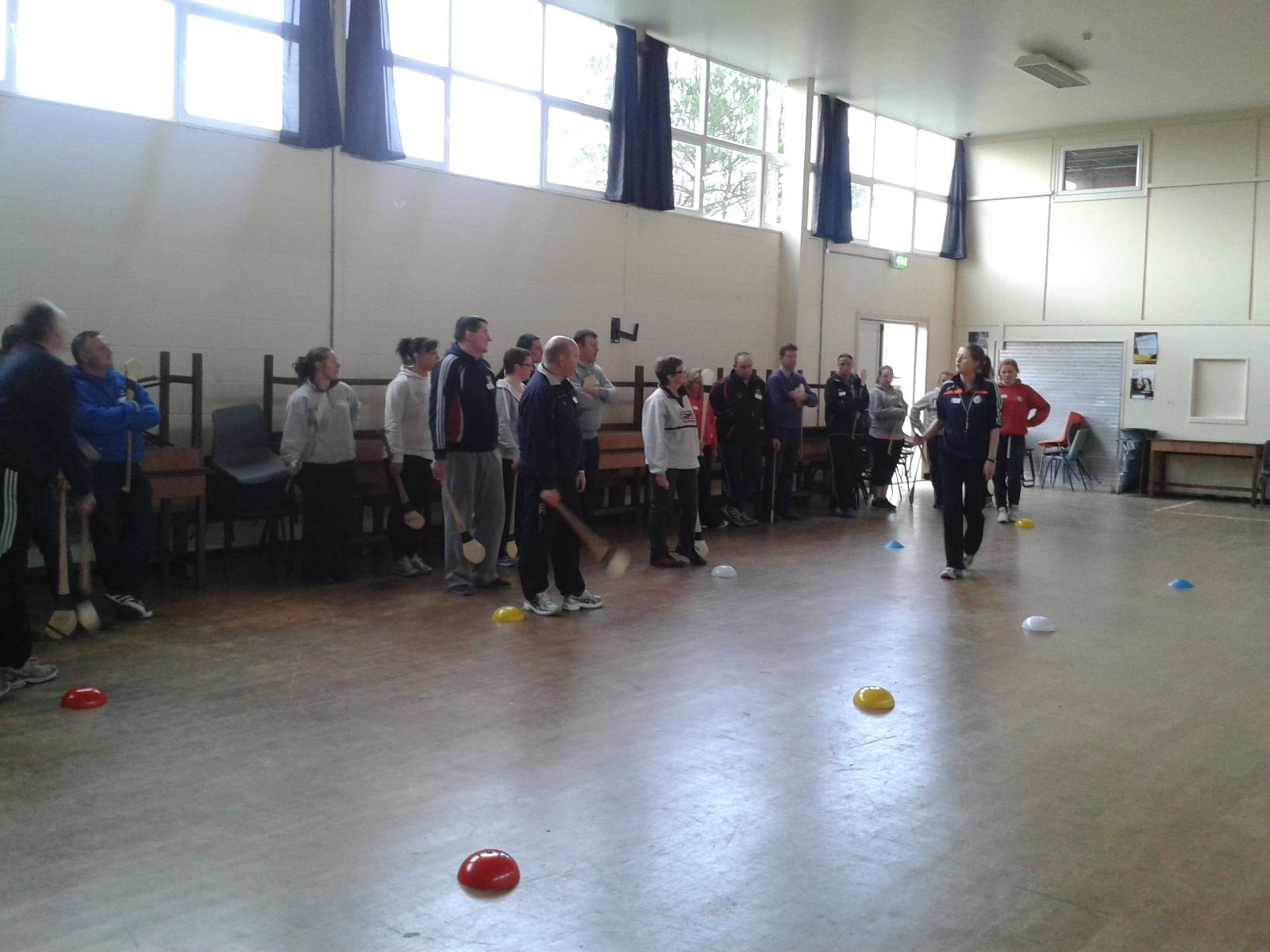 Camán Get a Grip Course Galway

DCU students who completed Camán Get a Grip Coaching Course
Coaching Workshops
A striking to score workshop took place in College Fields Armagh on the 13th April with 35 players and 10 coaches attending on the night. A coaching workshop took place in Clara in Kilkenny on the 12th April with 12 coaches attending on the night.
Thanks to the Kilkenny under 16 squad and their mentors for taking part in the workshop 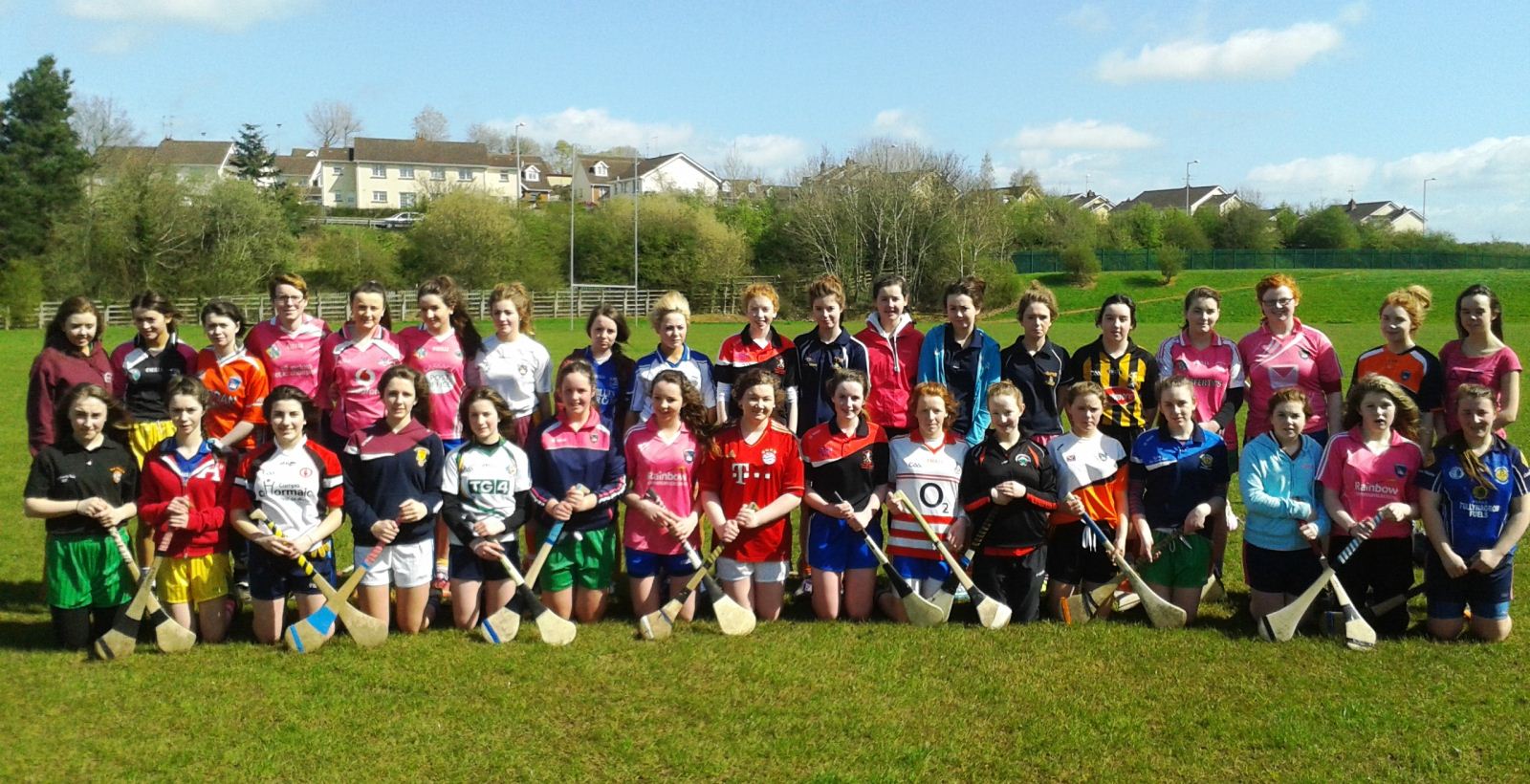 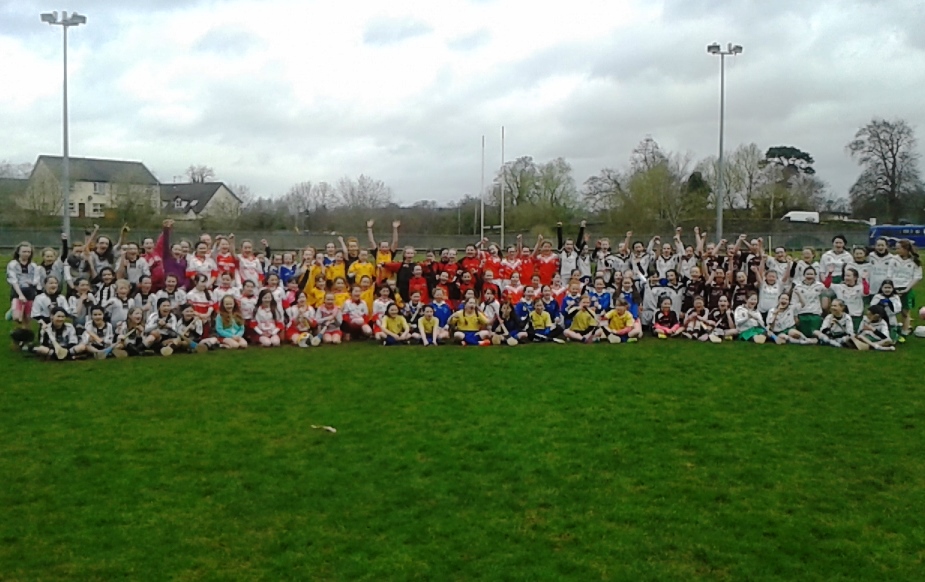 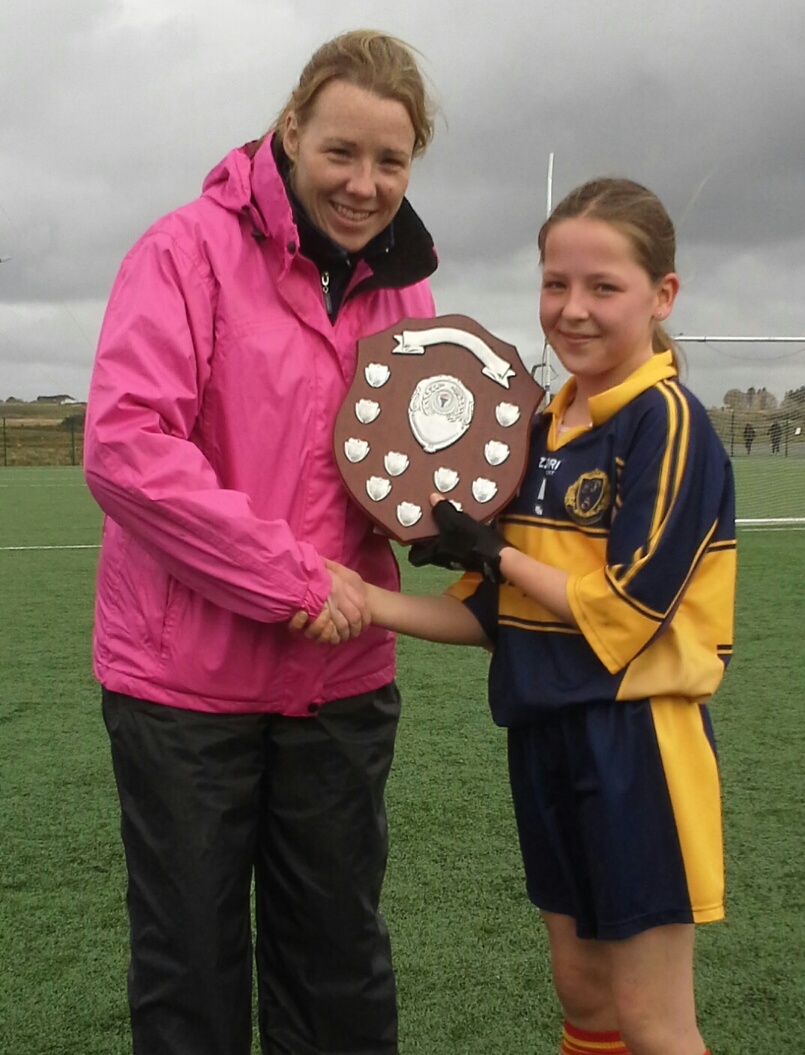 Yvonne Byrne Connacht Regional Development Co ordinator presents the Mayo GAA Cumann na mBunscol Camogie Mini 7s Shield to Niamh Kennedy – captain of the successful Snugboro NS side – after Snugboro defeated Kilmovee NS in a close fought final at the Connacht GAA Centre of Excellence 3G Pitch in Bekan.
Upcoming events…Tyrone Easter camp will take place in Eglish from the 23rd to 25th April. Contact Gerard@camogie.ie for more information on the camp and how to book a place!
Reception with the Lord Mayor of Dublin for 3 secondary schools
A reception for St.Josephs College, Maryfield College and Dominican College took place in the Mansion House on Wednesday the 9th April. The reception was in recognition of the 3 schools reaching the All Ireland camogie schools finals in their respective competitions. Pictures from the event can be seen below. 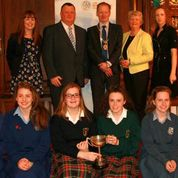 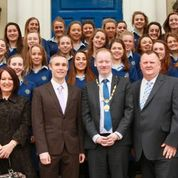 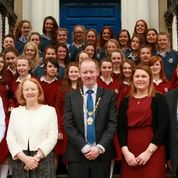 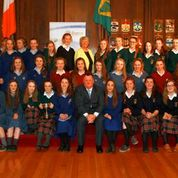 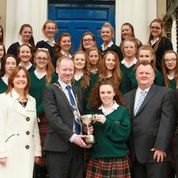