Latest
Lenovo Skills Hub
This Gaelic games initiative sponsored by Lenovo is a mixed camp for teenage boys and girls aged 13-15 years. Top inter county players will coach on the Lenovo skills hub for the 4 days. The hurling/camogie camps take place in Carlow, Dublin, Offaly, Clare, Waterford, Cork, Limerick and Tipperary. The launch takes place on the 6th May in Croke Park. More details of venues and times will be distributed after the launch. Register on www.gaa.ie/lenovoskillshub
Other items in the Development News Round up include:
Ø      Pan Celtic 2014
Ø      Tyrone Easter camp and Go Games Blitz
Ø      Wexford & Laois Easter camps
Ø      Upcoming events
Pan Celtic 2014
Pan Celtic took place in Owenbeg Derry last weekend the 26th April.
The under 16 A competition had 13 teams from Antrim, Armagh, Clare, Derry and Down. Ballycastle, Ballinascreen, Inagh/Kilnamona and Slaughtneil progressed to semi finals with Inagh/Kilnamona winning final against Ballinascreen. 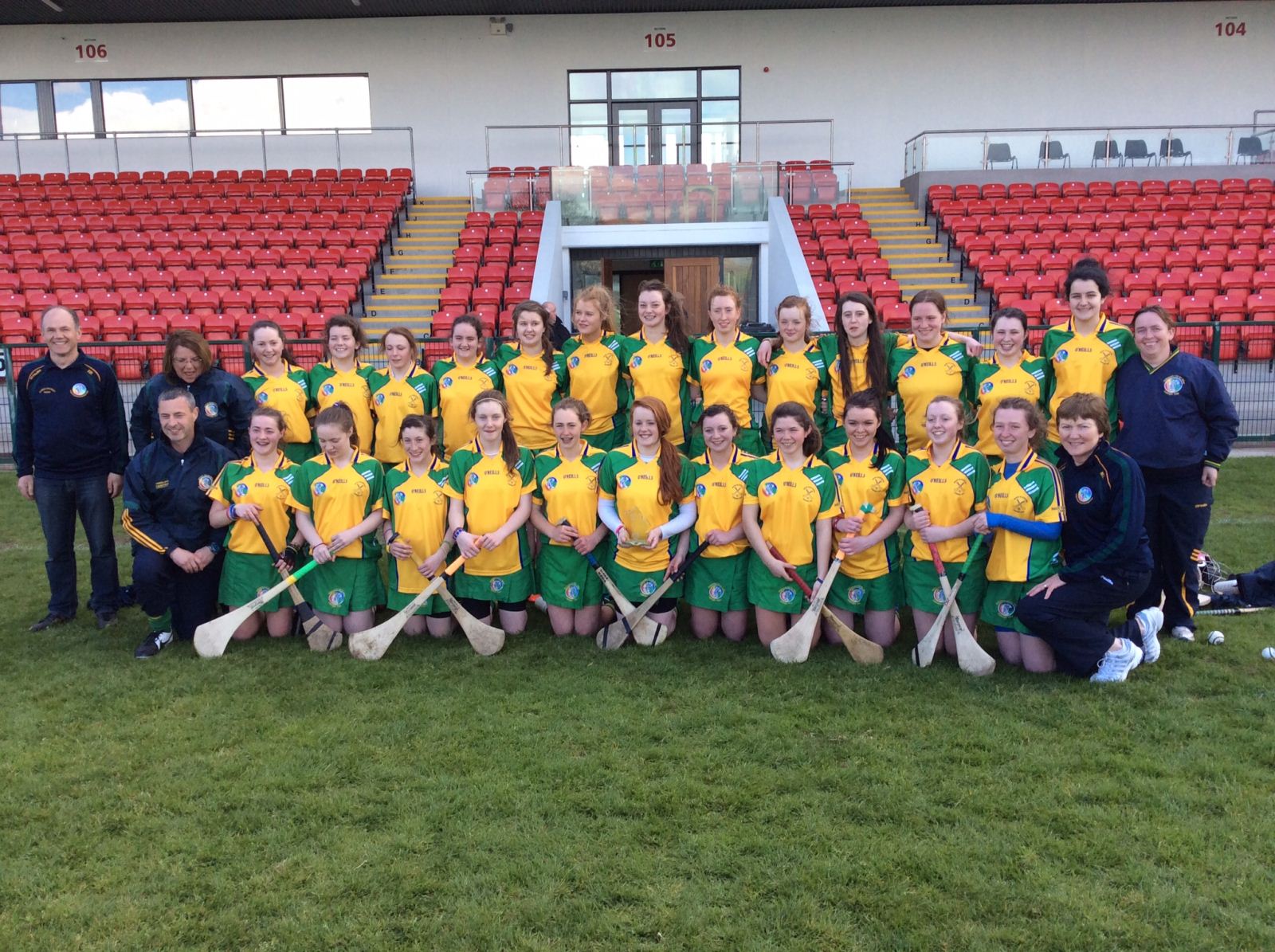 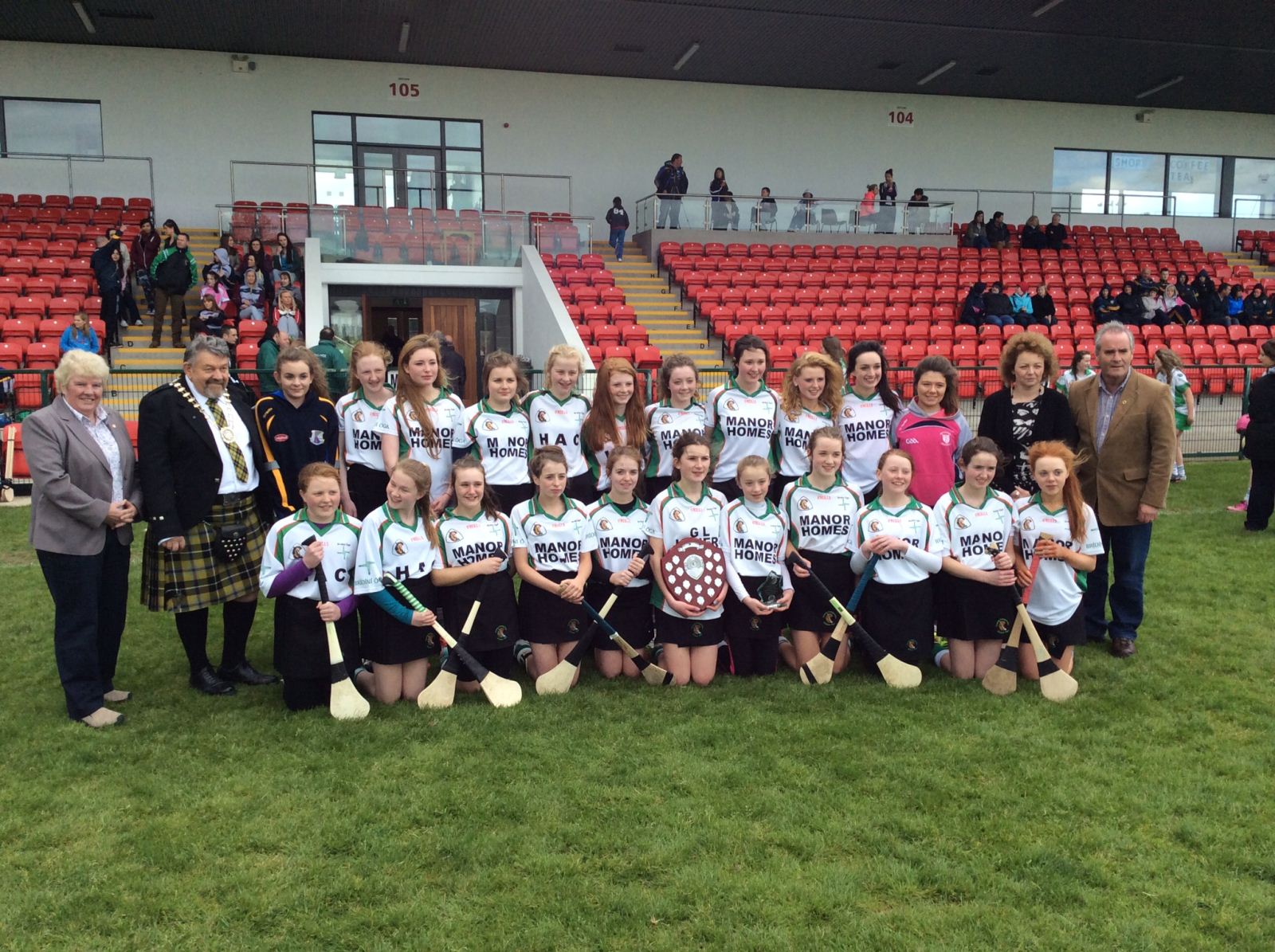 Brídini Óga Under 16B Pan Celtic winners
In the adult section, 5 senior teams took part. First semi-final saw Ballycastle take on Dungiven. Slaughtneil and Kilrea contested the second semi final. The final took place between Ballycastle and Slaughtneil with Ballycastle winning out on a scoreline of Ballycastle 4-2 Slaughtneil 2-4
The Junior final saw Na Magna take on Antrim’s Bridin Og with Na Magna winning out by a single point. 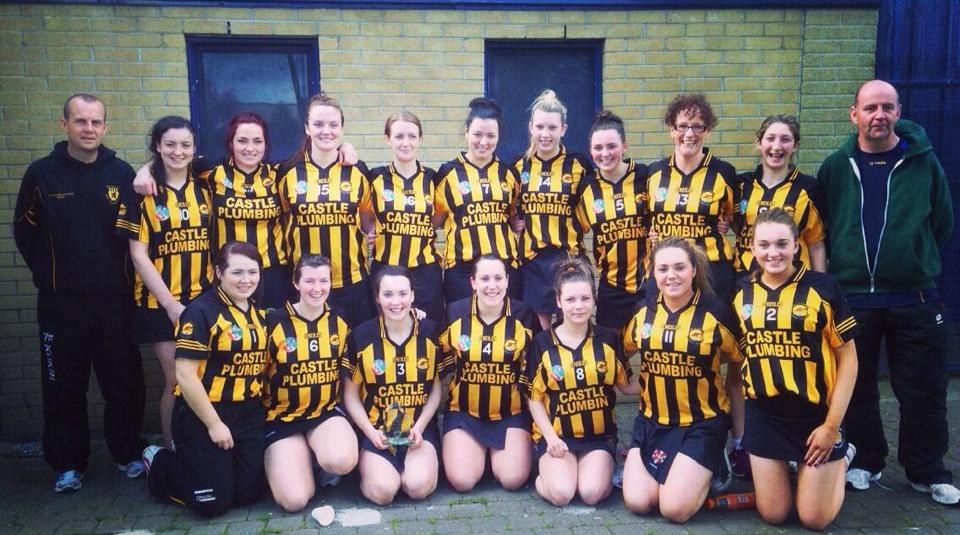 Pan Celtic Senior winners Ballycastle
Tyrone Easter camp and Go Games Blitz
A 3 day Easter Camp took place in Edendork GAA and Camogie club from the 23rd-25th April. 36 girls attended the camp. Thanks to all the coaches – Martin, Aine, Mickey, Laura, Deirdre for coaching on the camp.  Tyrone County Players – Julie Lagan (captain), Aisling Corr and Siobhan Hughes attended on Friday and assisted with the coaching and answered all the questions the girls had.

Tyrone Easter camp
Derrylaughan hosted the first Tyrone Camogie Go Games Blitz of 2014 on Saturday 26th April. There were over 120 children who took part in the under 6, under 8 and under 10 age category. All girls played on average 6 games on the day. The blitz had a huge number of parents and supporters in attendance. Thanks to all the referees who helped out on the day and Derrylauaghan for their hospitality. The supporters and children were all catered for with lots of refreshments throughout the morning. The next Blitz will be held in Eglish in May.
Wexford & Laois Easter camps
Easter camps were held in St.Martins GAA grounds in Wexford and Clonad GAA grounds in Laois from the 22nd-24th April. 86 girls aged between 6 and 12 attended the camp in Wexford with 55 girls attending the camp in Laois. 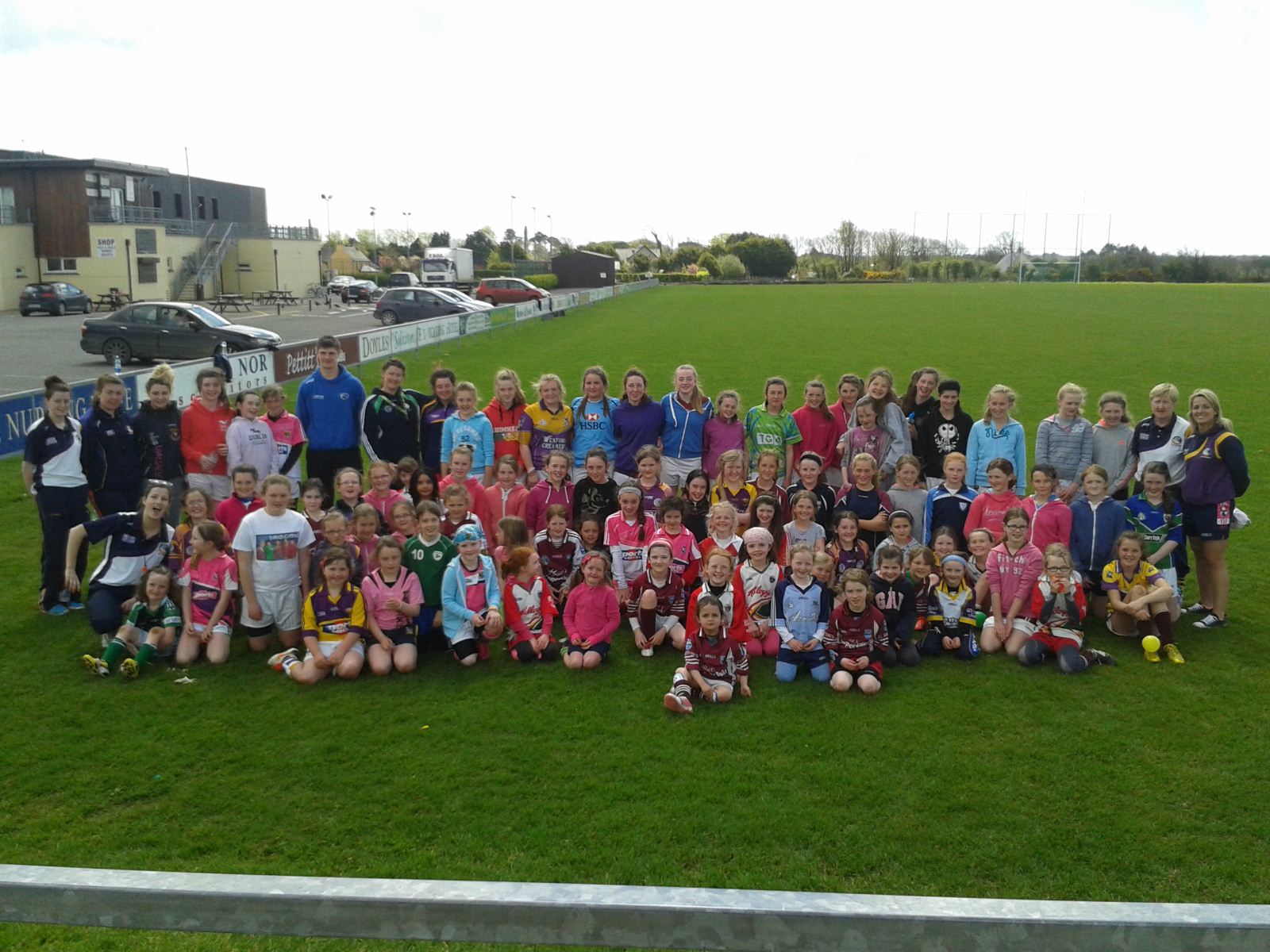 Wexford Easter camp
Upcoming events….
Ø      Down year 8 camogie blitz will take place on 30th April
Ø      Armagh regional Go Games Blitz for under 6’s to under 10’s in St.Enda’s Camogie club, Derrymacash on 5th May
Ø      Tyrone Hurl with Me Programme to start in Brocagh on 6th May.
Ø      Outdoor primary school blitz in Silverbridge Armagh on 8th May
Ø      First Whistle Course in Kilcormac Killoughey in Offaly on 10th May. To book contact lflynn@camogie.ie or phone/text name, club and contact to 087 6436579
Ø      Hurl Smart Week takes place from the 2nd-8th June. Details on Hurl Smart week in next weeks report