Latest
Over 380 girls took part in the Camogie pink Day at Glen in Maghera Derry on Wednesday 18th June! 25 schools participated on the day from Derry, Down, Antrim, Donegal, Armagh and Tyrone. Well done to all involved in the organisation of this great event!
Other items in the Development News Round up include:
Ø      Come & Try it Day Armagh
Ø      Donegal Blitz
Ø      Carlow Go Games Gala Blitz
Ø      Down development squad
Ø      Galway Cumann na mBunscol Finals
Ø      Hurl with Me Programmes in Kildare and Cork
Ø      Wexford Workshop
Ø      Tipperary Club School Link
Ø      Upcoming camps
Come & Try it Day Armagh
The St Patricks Cullyhanna Camogie club in Armagh held a very successful Come and Try It Day on the 16th June in their local primary school. 75 girls took part in the initiative which was led by Regional Development Officer Ger Gribben. It is hoped that many of the girls from P1 up to P7 will now join the clubs' underage Camogie teams.Many thanks to Bernie Murray, Charlene Mc Shane, Elizabeth Mc Nulty, Clodagh Nugent, Grainne Hughes, Kerrie Irwin, Carolyn Murray for running and assisting in the event. The club would also like to thank school principal Mr O'Hanlon for allowing the club to hold the day and promote St Patrick's Camogie Club. 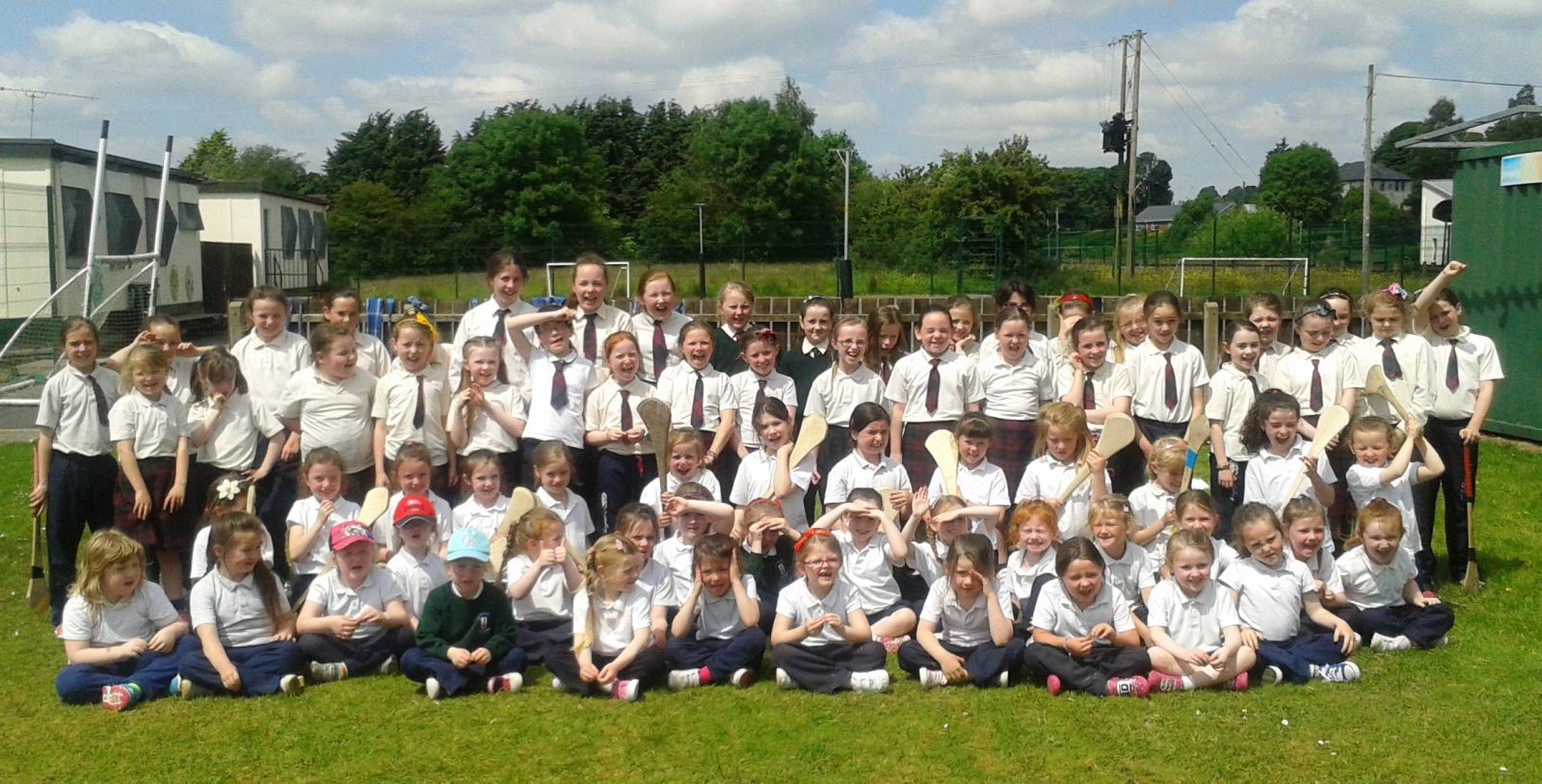 Donegal Blitz
u10/u12 development blitz in Cloughan on Saturday 14th June. 120 girls participated in blitz teams from Donegal and Antrim enjoyed the sunshine and playing in Donegal Centre of Excellence. Many thanks to Ruairi, Lucy and Rhianne for officiating on the day 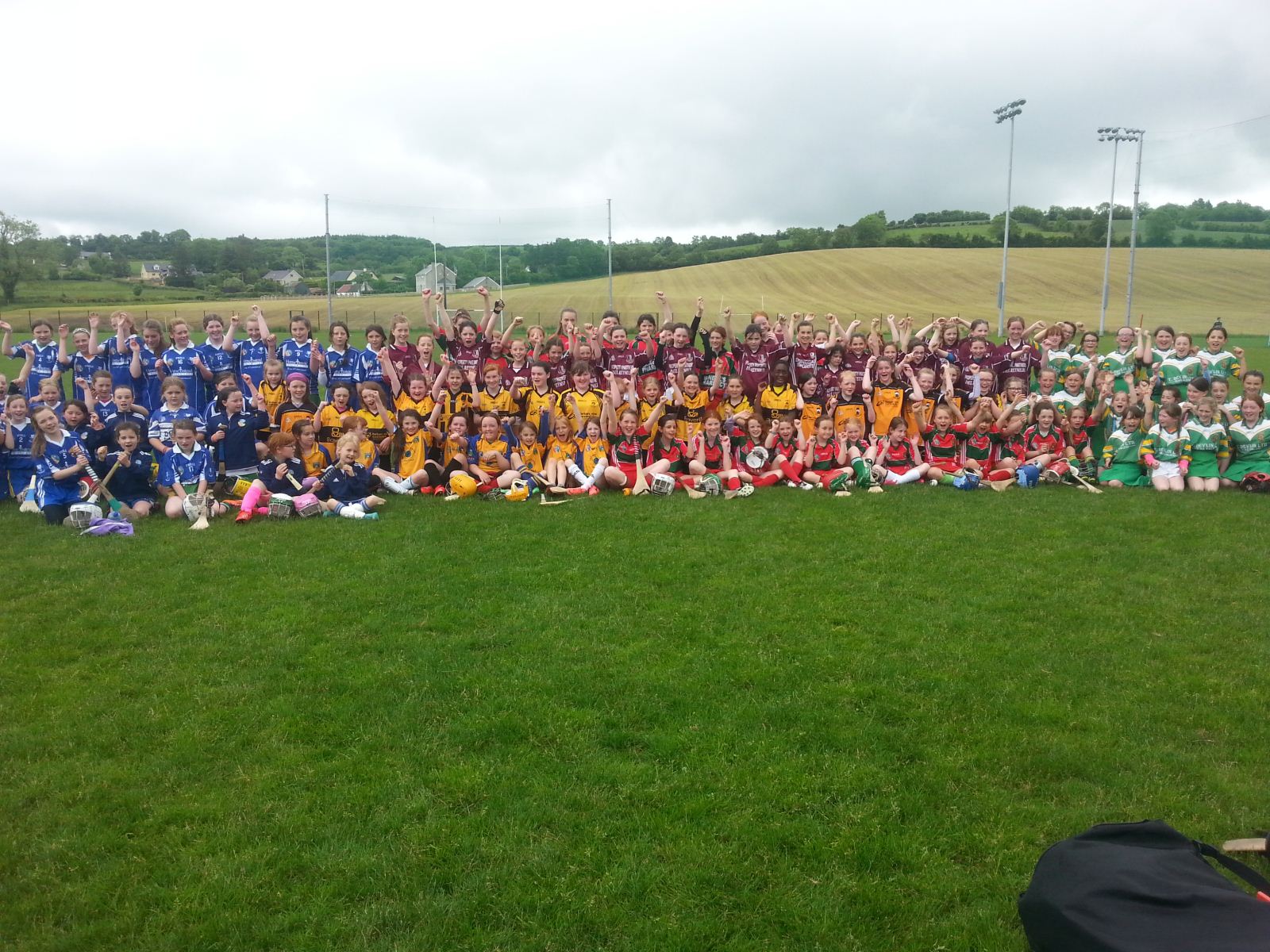 Carlow Go Games Gala Blitz
Carlow Camogie held a mid season ‎Under 6 and Under 8 Camogie Go Games Blitz at McGrath Park, Bagenalstown on Monday 16th June.  The ‘Sizzling Sixes’ and ‘Eager Eights’ from nine clubs took part in the blitz with 18 teams and over 130 young girls playing in total.‎ Thanks to the McGrath Park Committee for the use of the venue and to David O'Brien and Ger Power for pitch set up. Thanks also to fixtures secretary Elaine Kavanagh for coordinating the blitz and to the young whistlers Shannon Kavanagh, Aine Ryan, Niamh Doyle, Chloe Murphy Ryan and Leah Coffey.

Down Development Squad
The Down Under 14 Camogie Development squad travelled deep into the Province of Leinster on Saturday June 7 for a provincial under 14 blitz day in Portlaoise. With a squad of 40 players Down fielded two highly competitive teams on the day with their manager Anne Costello crediting their success to their training regime. Anne stated that the girls made a great effort to develop their skills, to get fit and to bond with each other for the past few months. Plans are now under way for the team to take part in another blitz on the July 12th in Dublin. 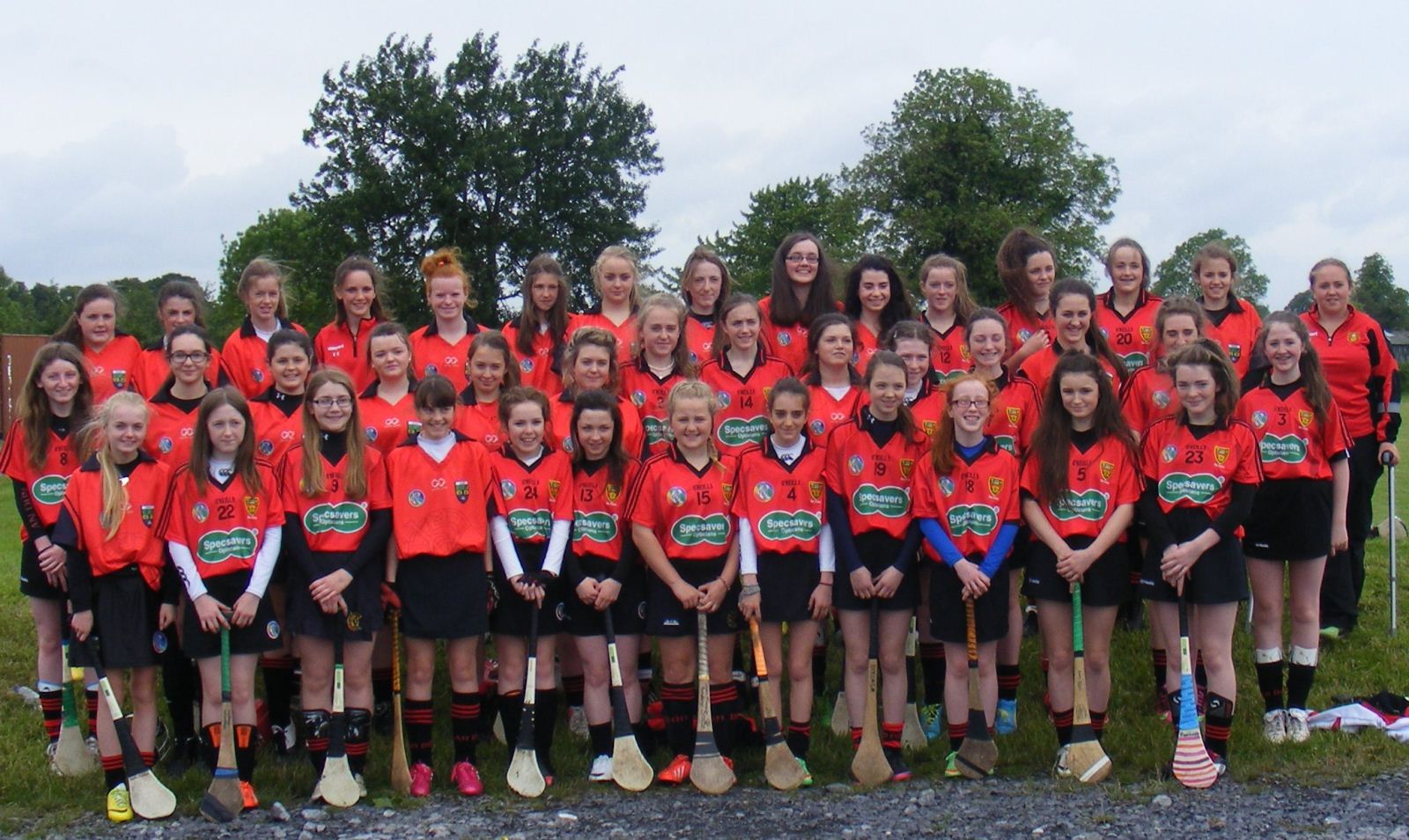 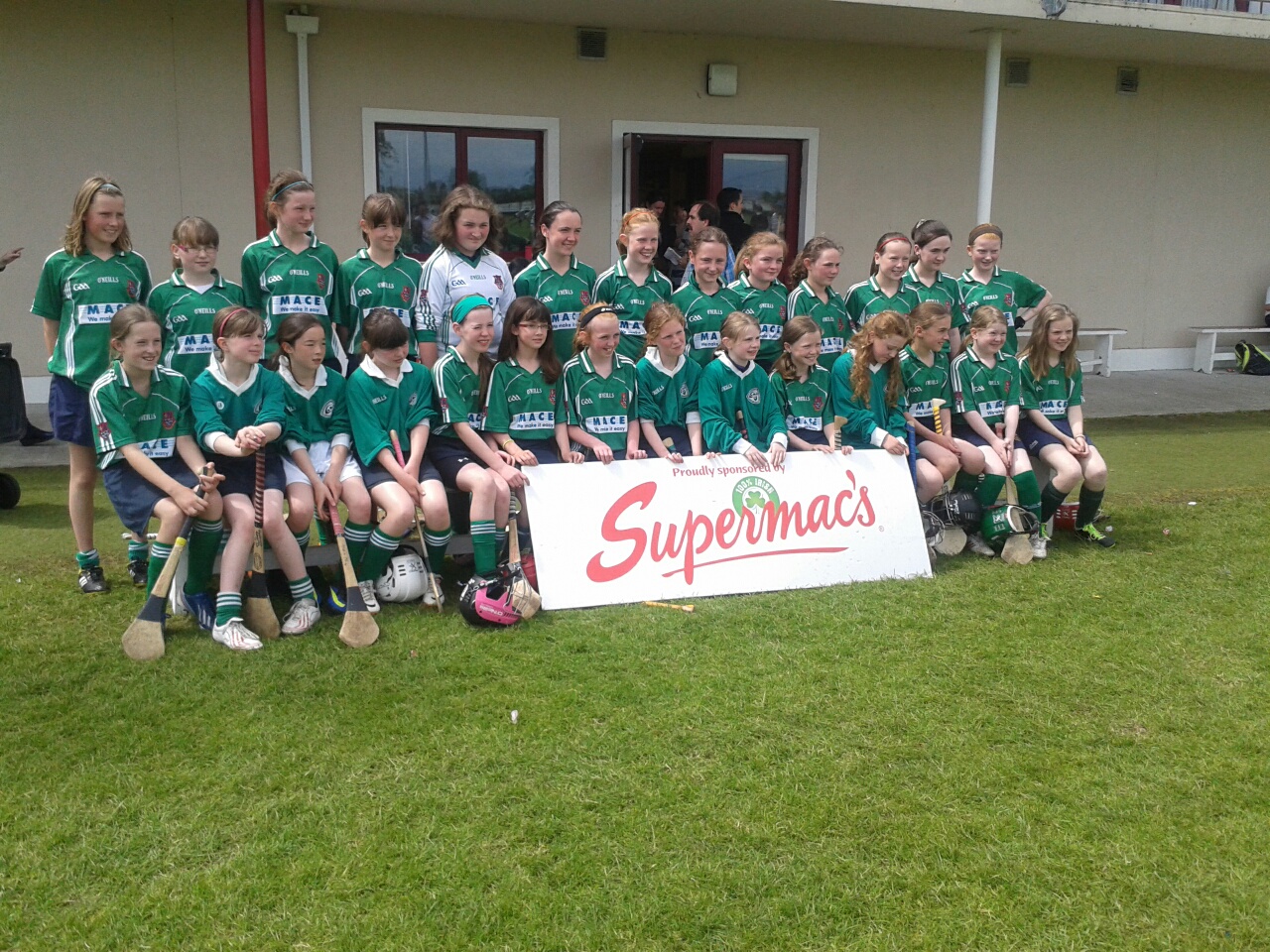 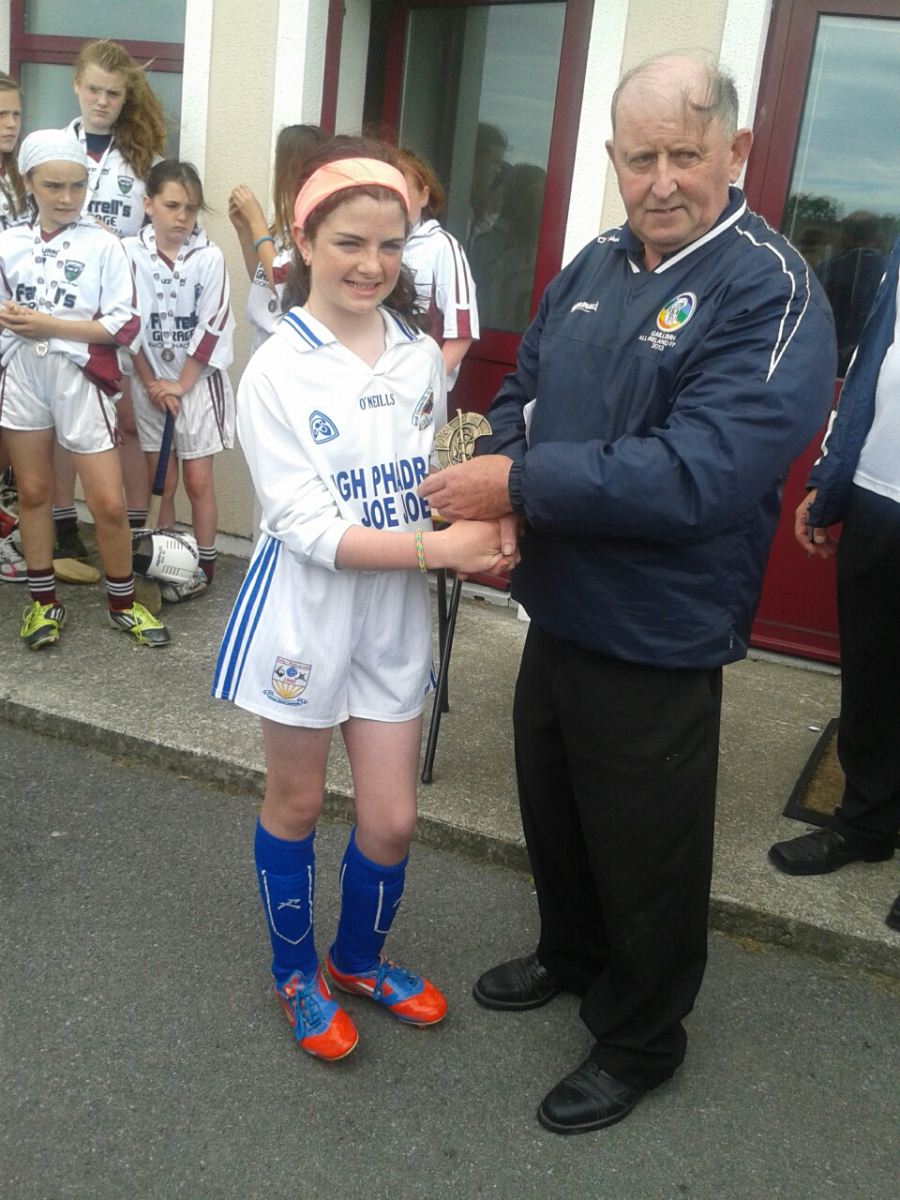 Aoife nic Dhonncha from Scoil na Tulaí
Hurl With Me Programmes
Cappagh Camogie club, Kildare
Cappagh camogie club in Kildare held the first day of their come hurl with me programme on Saturday 14th June. 14 adults took park which included mums, dads and some of the younger adult players in the club. The new coaches got to practice their coaching skills and also took part in fun games. The club will continue to up skill new coaches over the coming weeks and have lined up some very special guest including county players and managers from Kildare and Kilkenny. For more information contact: patrick@camogie.ie
Aghabollogue Camogie Club, Cork
Aghabollogue Camogie club had the first night of their Hurl With Me Programme on Tuesday June 17th in Coachford. 17 mums and dads participated on the first night with their daughters joining them afterwards to help them practice the coaching skills learned. A huge thank you to tutor Ivan O Mahony for his excellent work on this programme. For more information contact ross@camogie.ie
Wexford Workshop
A game analysis workshop was held in St.Annes on Monday the 16th of June. 23 coaches from the district took part. The workshop was designed to demonstrate the benefits of “Game Analysis”. This was a very interactive workshop using video clips and group work.
The main focus on the workshop was the “Spot and Fix” around training. Group work included planning training sessions to fix mistakes that happened in games.
Thanks to the tutor Tom Hughes who was excellent and very informative on the day.
Tipperary Club-School Link 3rd & 4th Class Blitz
Over 140 girls from 3rd & 4th classes in Newport, Thurles, Nenagh and Borrisoleigh participated in a blitz in Thurles Sarsfields on Monday June 16th to mark the end of their club-school link coaching programme with Limerick Institute of Technology work placement student Donnacha O Brien. 11 teams took part on the day. A huge thank you to all the teachers and referees for their work on helping to organise the programme and the blitz. Thanks to Donnacha for all his great work over the 12 weeks. 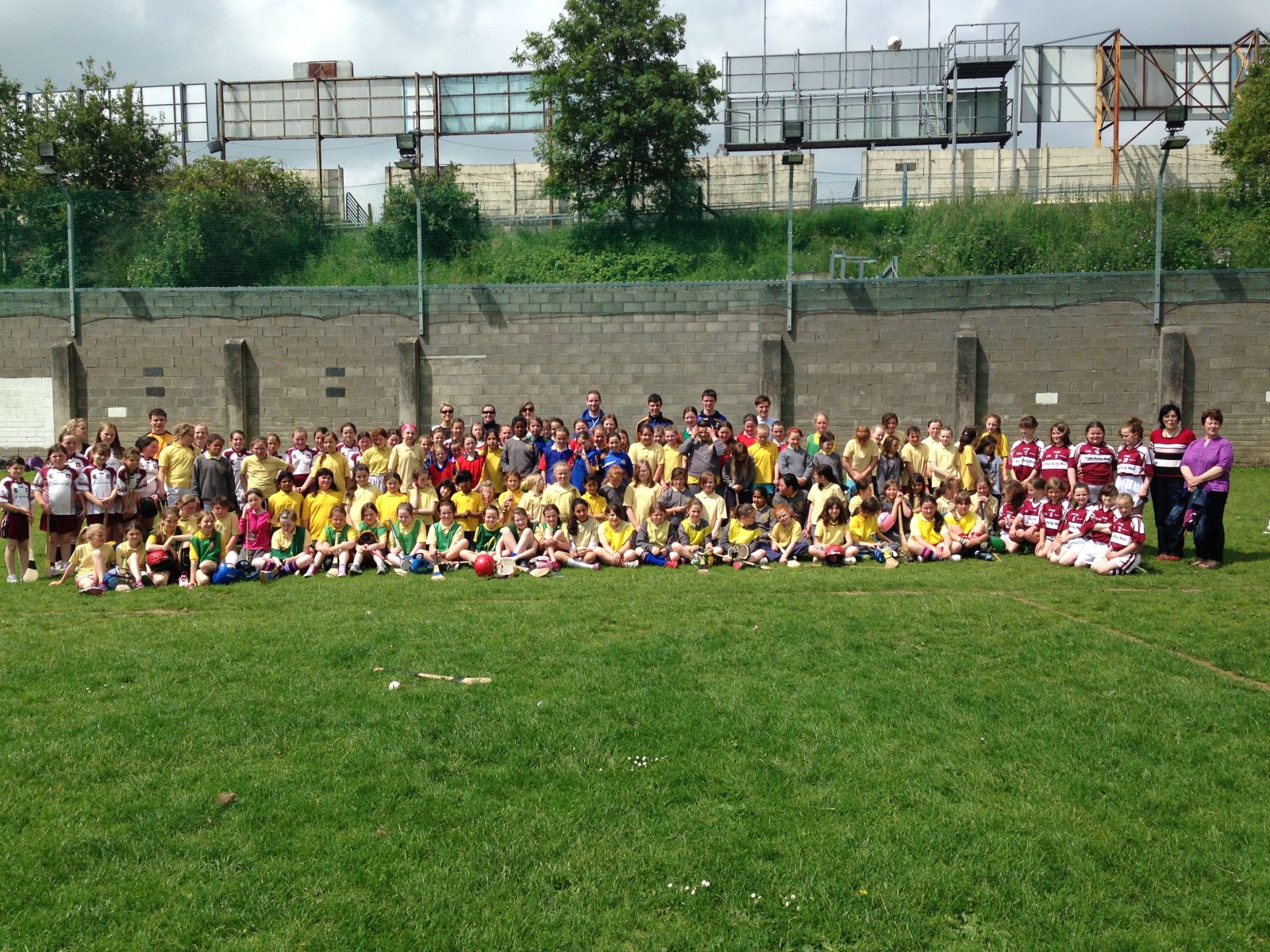 Upcoming summer camps in Dublin & Wicklow
Book you place on the camps below by contacting: eve@camogie.ie