Latest
The Under 15 championship blitz for phase 1 counties takes place this Saturday the 30th August in Rathleague in Co.Laois. Thirteen teams representing 11 counties will be taking part on the day. These counties include Dublin, Limerick, Cork, Clare, Galway, Kilkenny, Tipperary, Wexford, Meath, Antrim and Derry. Best of luck to all teams involved! Start time is 11am on the day. The under 14 competition will be taking place on Saturday the 13th September in Dublin to coincide with the Liberty Insurance All Ireland Finals in Croke Park. Teams who participate in the under 14 will be invited to participate in the parade in Croke Park on 14th September. 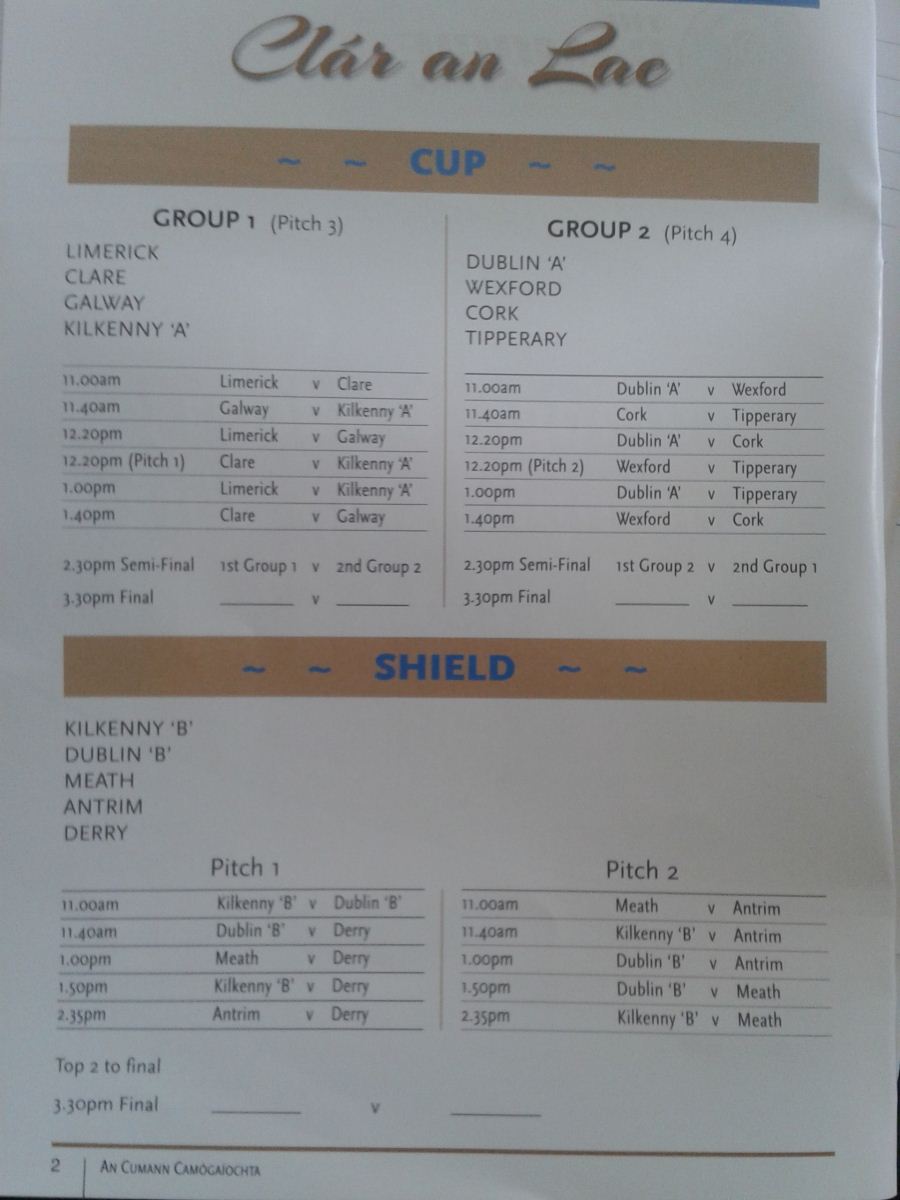 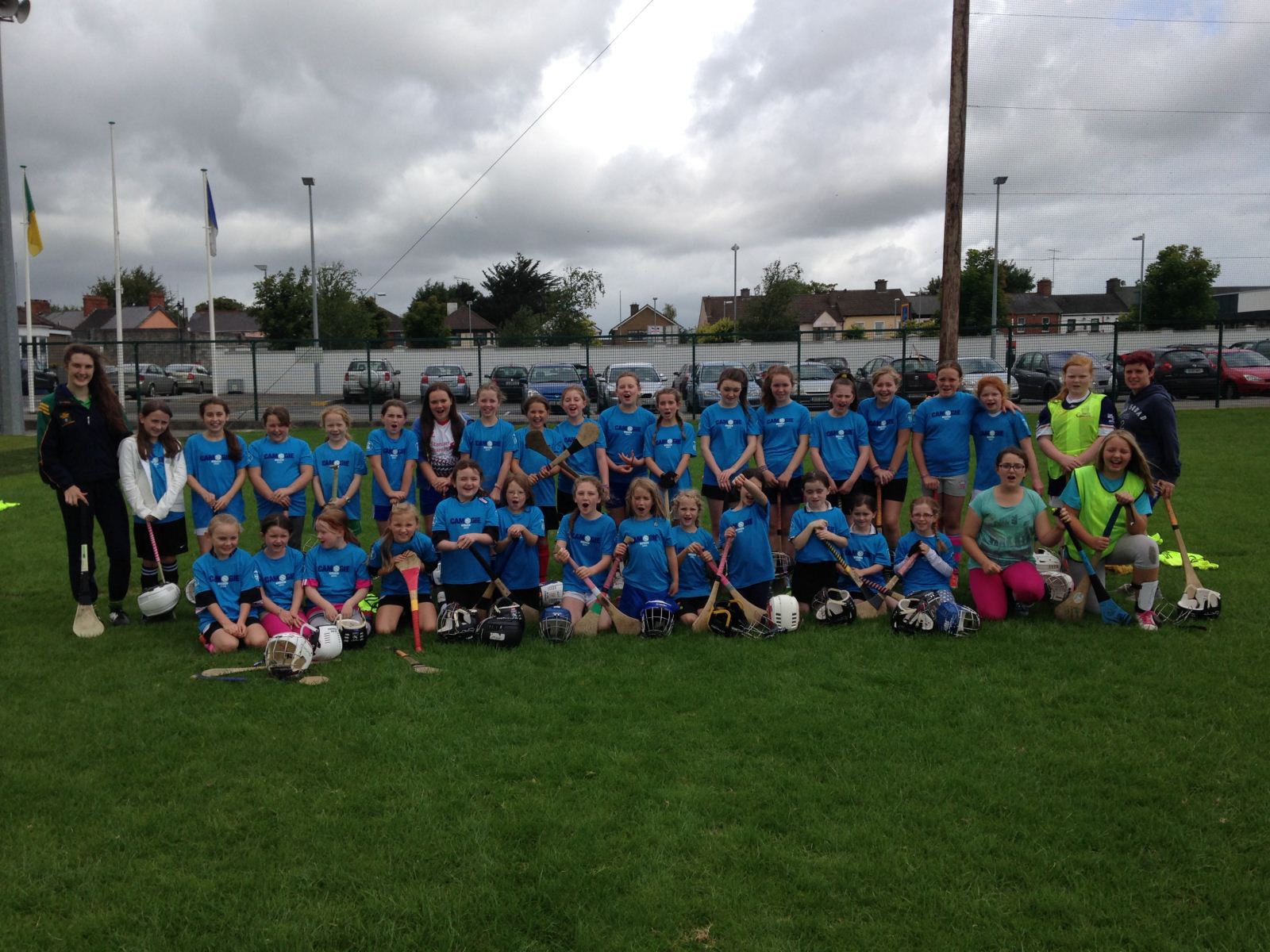 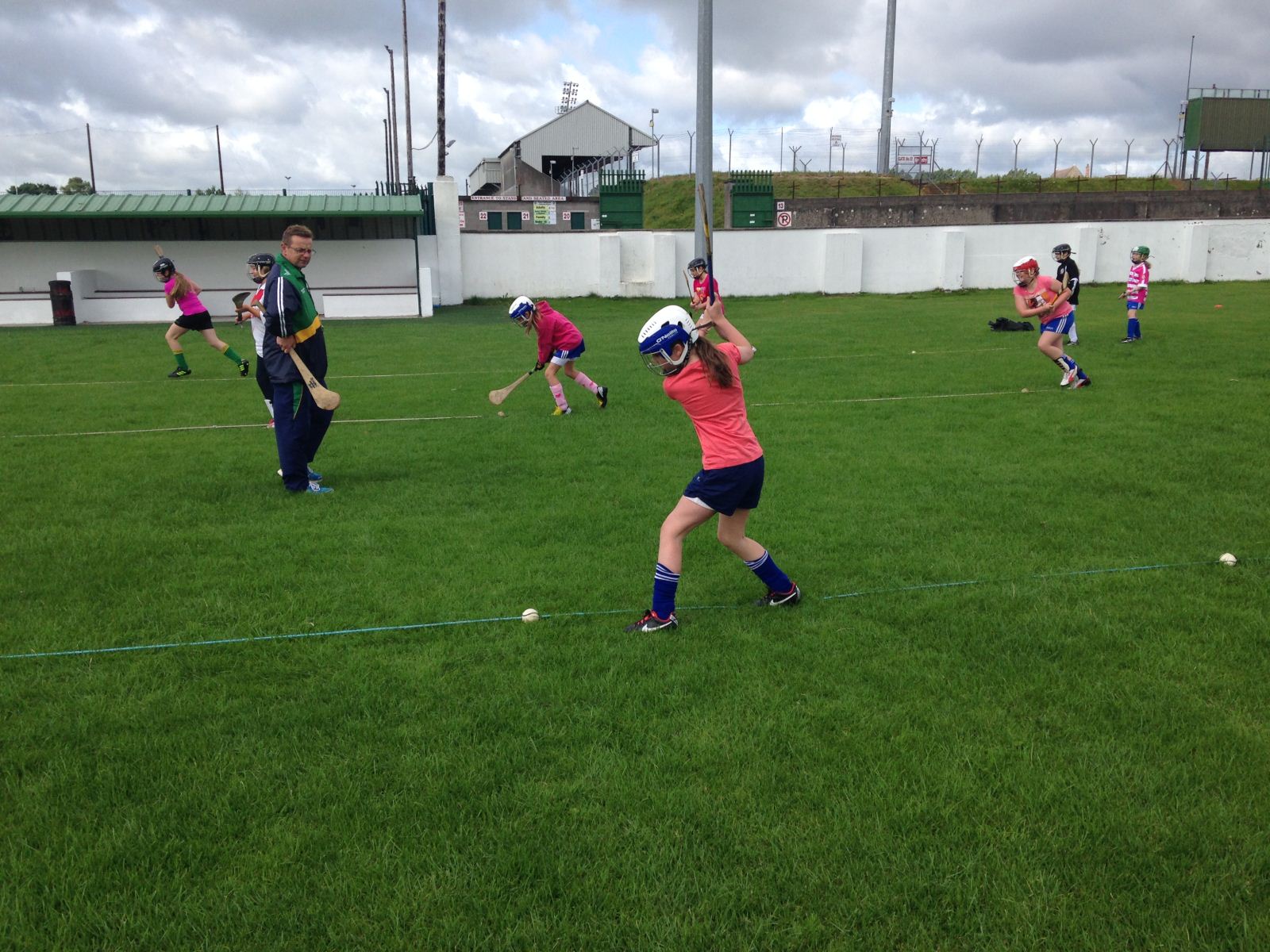 Action from the camp in Meath
Poc Fada 2014
The Poc fada took place last weekend in the Cooley Mountains with 7 camogie representatives taking part in the competition. Patricia Jackman of Waterford won the competition for the 6th year in a row. 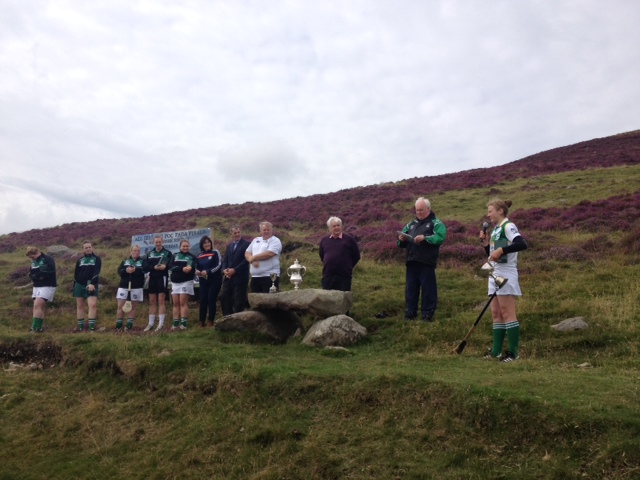 Patricia Jackman receiving the Poc Fada Cup last weekend
Lenovo Skills Hub Offaly
The Lenovo Skills Hub in Offaly took place in Banagher from 12th to the 15th August for girls & boys aged 13-15 years. In total 35 took part in the camp. Camogie star Sheila Sullivan and Offaly hurler Brian Carroll took the lead in the coaching over the four days.
Wicklow Player Lifestyle & Performance Programme
A player lifestyle and performance programme took place in Ballinakill Centre of Excellence Wicklow on the 21st and 22nd of August with 24 participants taking part in the programme. 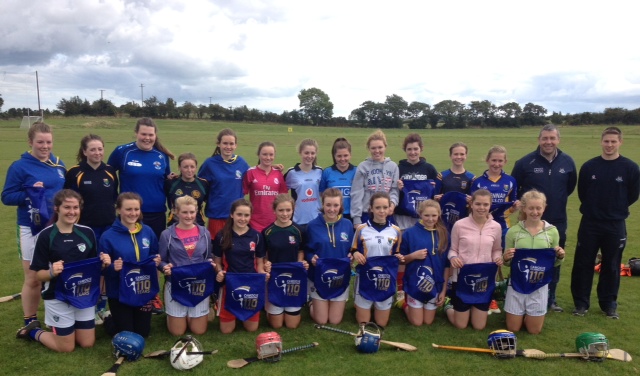 Wicklow Lifestyle & Performance Programme
Galway Teacher Summer course
20 teachers attended the Galway teacher summer in service course in GMIT Galway on the 21st August. Yvonne Byrne Regional Development Officer for Connacht took the teachers for a practical session on the day covering areas like fundamentals and basic skills of the game. The teachers will now use what they learned when they return to school to their school hurling and camogie teams.
Clare celebrations!
In Clare they celebrated on the double last weekend – the 110th Birthday of Camogie nationally & the 80th Birthday of Camogie in the Banner County. On Sunday the 24th August the U11 club teams played in a ground camogie blitz hostedin St Flannans & Eire Og. Mary McMahon, Mary Hogan, Bernie Warren Mikie O’Loughlin helped with the Bliz on the day with Caroline O’Keefe on camera.  Barry Lynchs Centra provided goody bags for the event which was enjoyed by players, mentors & families on the day. 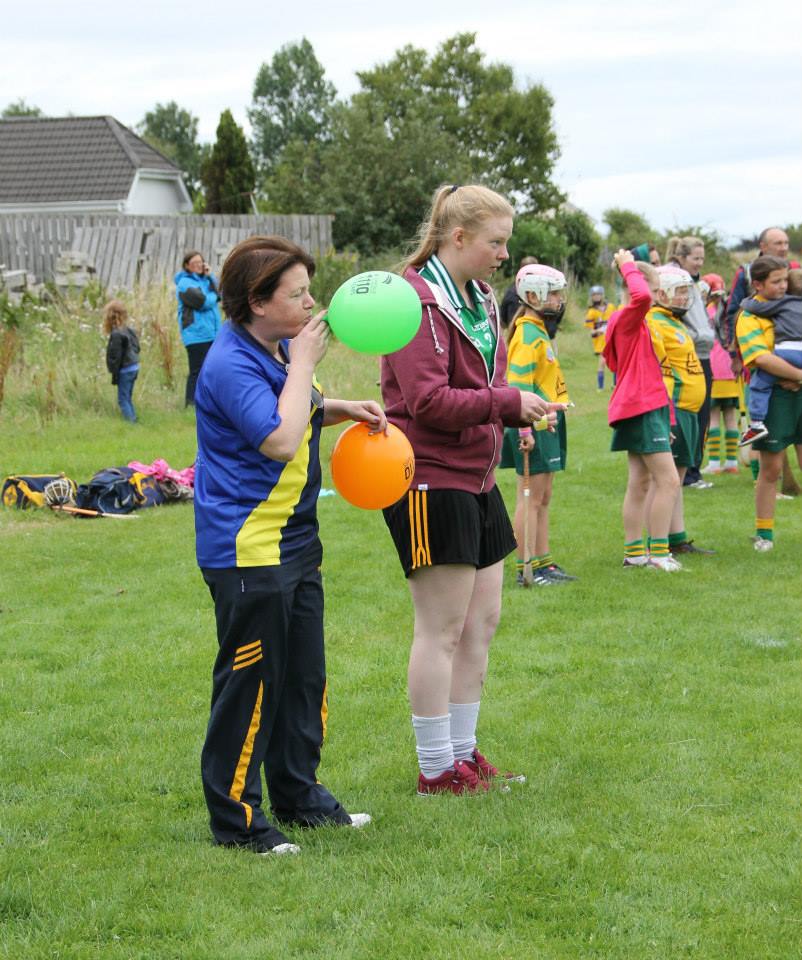 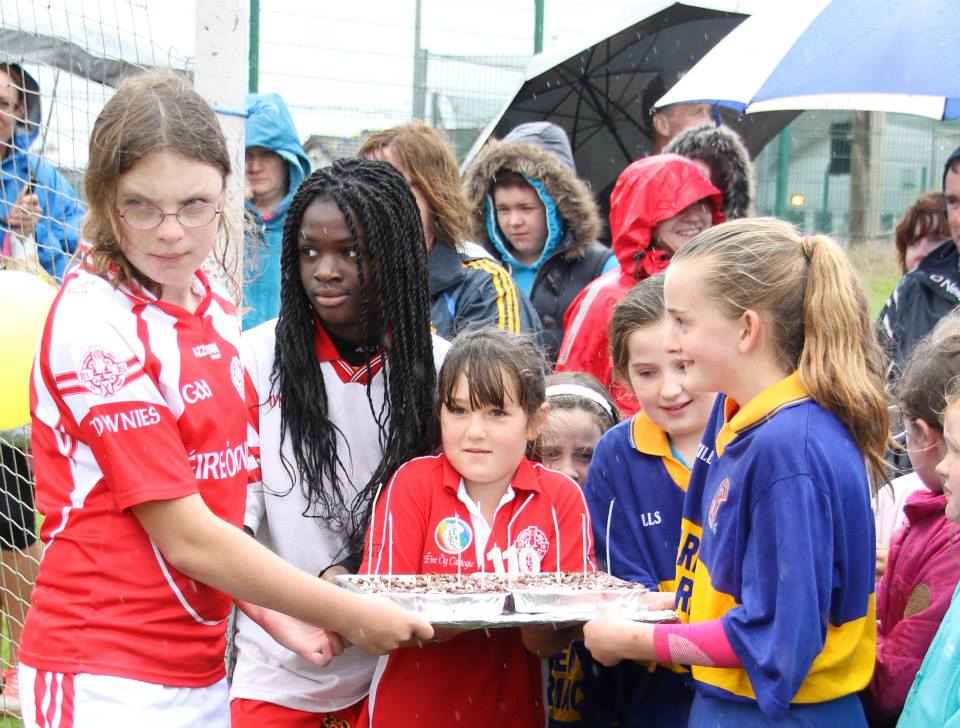 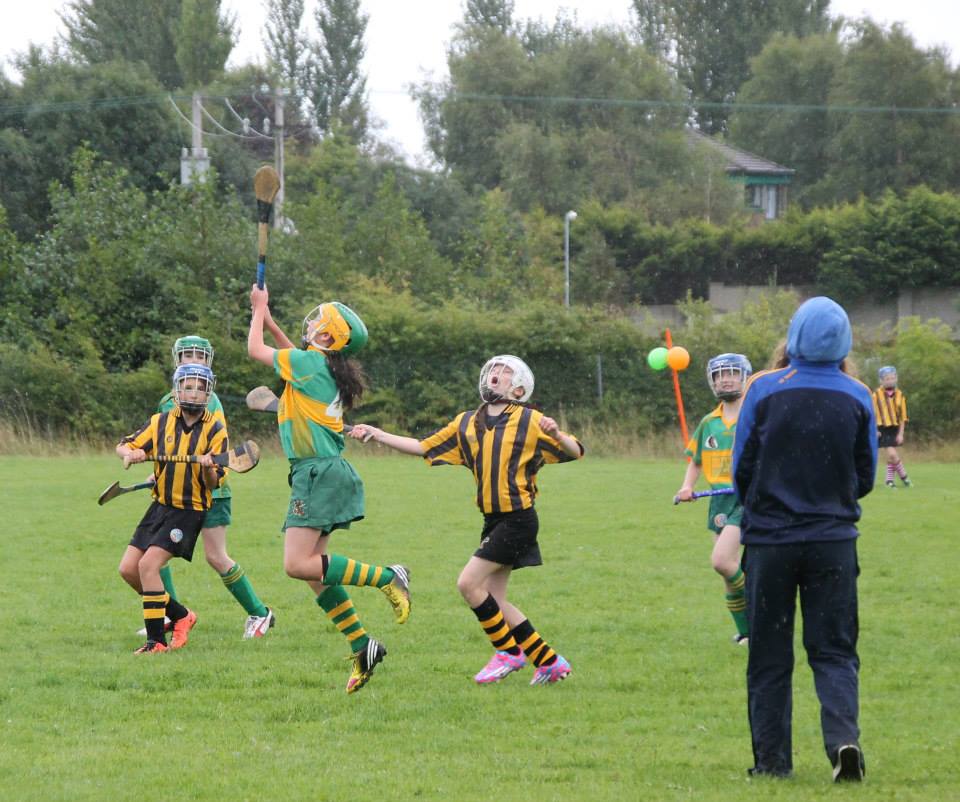 Action from the Blitz games in Clare 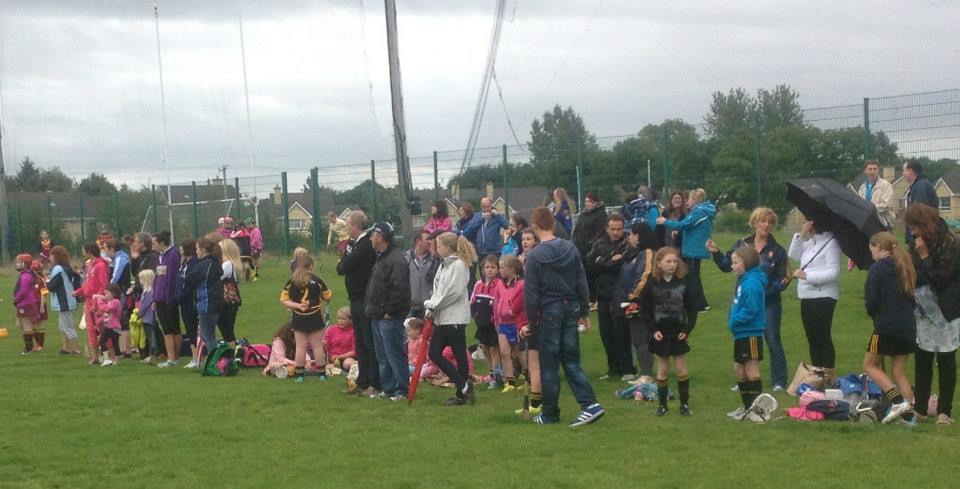 Spectators at the Clare 110 celebrations
Mini games teams at Junior A final between Carlow and Limerick
Pictures below are the mini game teams who played at half time of the Carlow and Limerick Junior final in Moneygall last weekend. 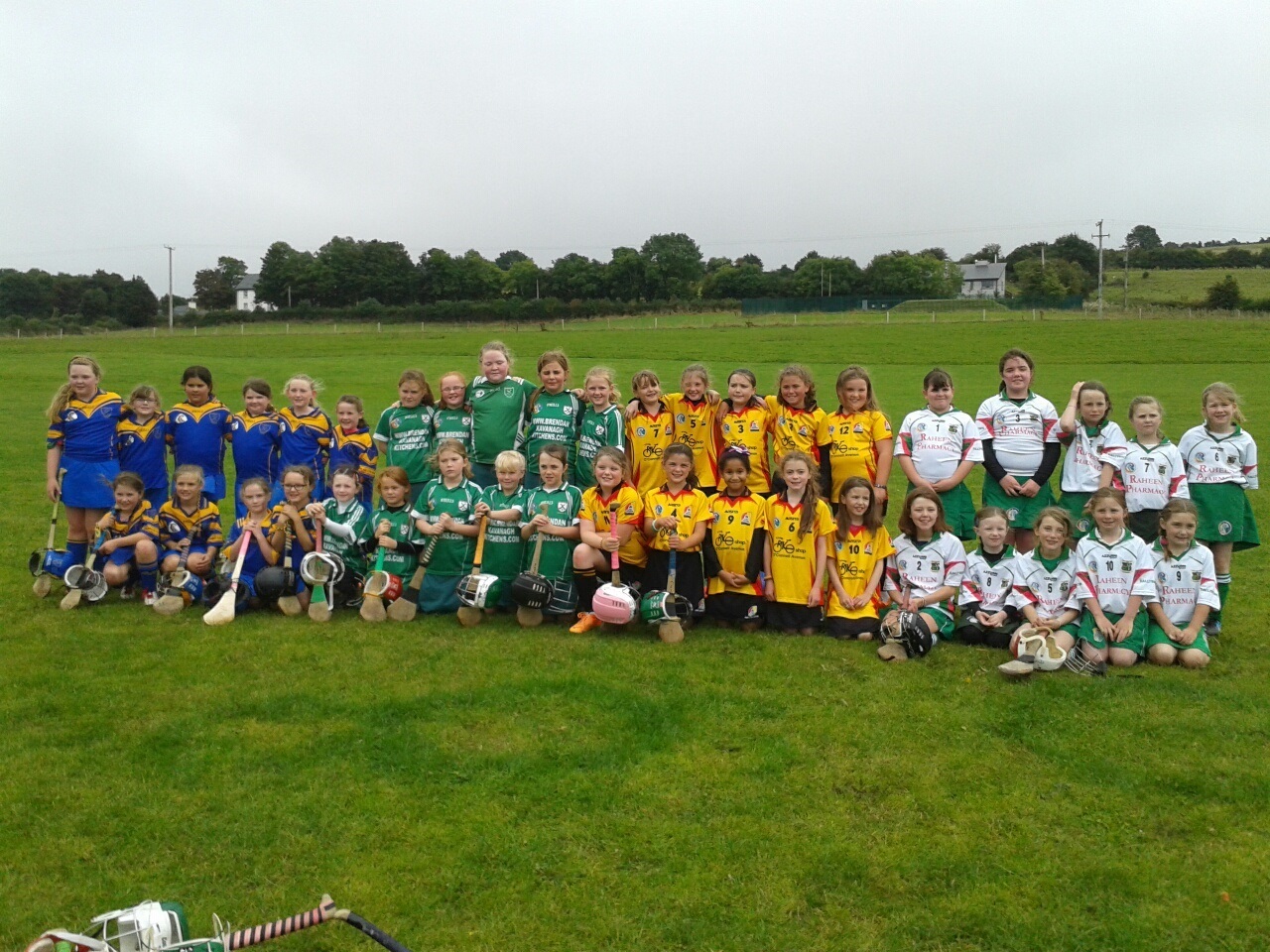