Latest
The Under 15 championship blitz for phase 1 counties took place last Saturday the 30th August in Portlaoise GAA pitches in Rathleague in Co.Laois. Twelve teams representing 10 counties took part on the day. These counties included Dublin, Limerick, Cork, Clare, Galway, Kilkenny, Tipperary, Wexford, Meath and Antrim.
There was a shield and cup competition on the day. Antrim won the shield defeating Dublin in the final. Cork won the cup (pictures above) defeating Kilkenny in the  final. This was the first year of this competition for under 15’s. The under 15 championship for the phase 2 counties will take place on Saturday October 4th this year with venue to be confirmed. 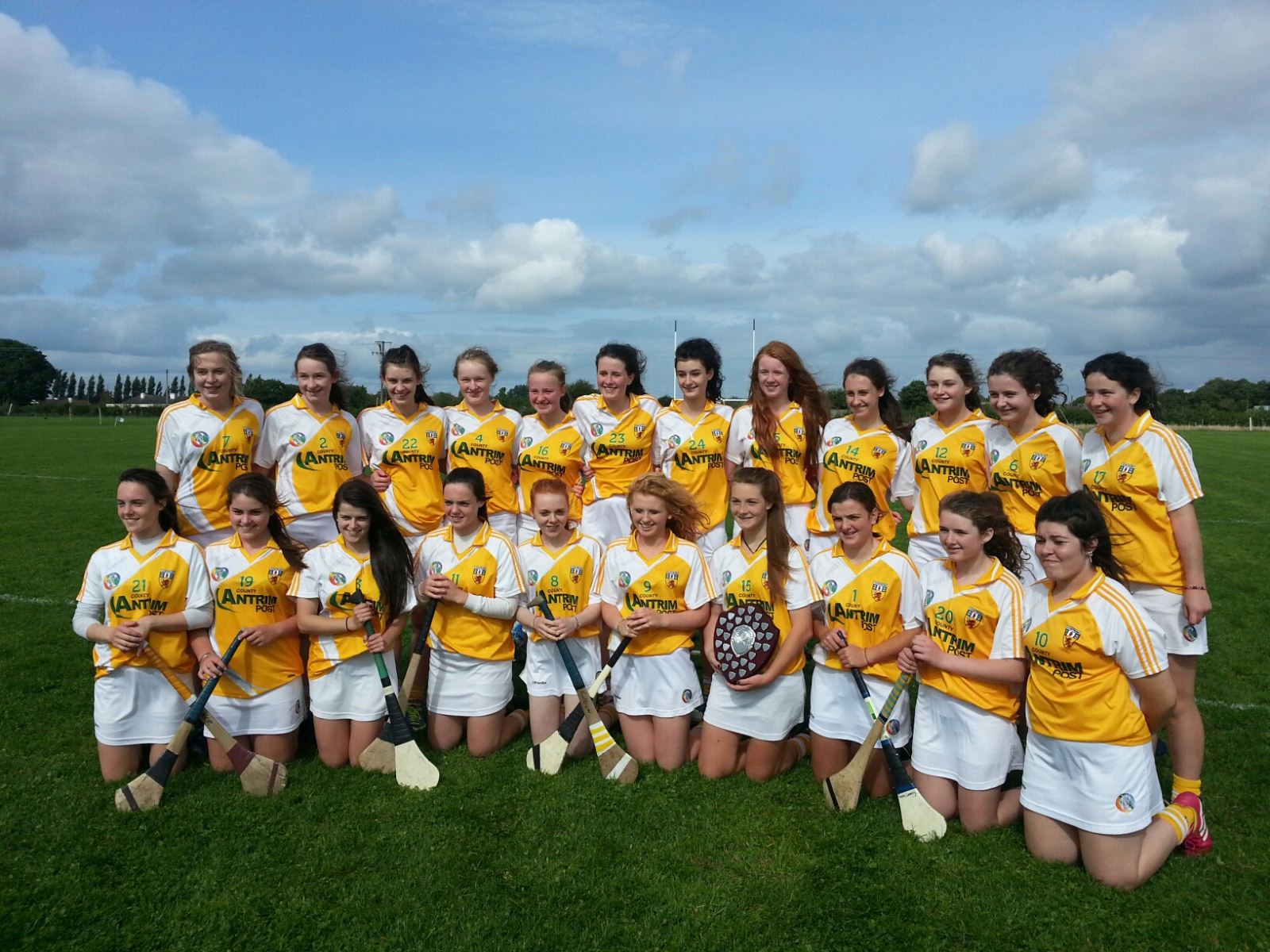 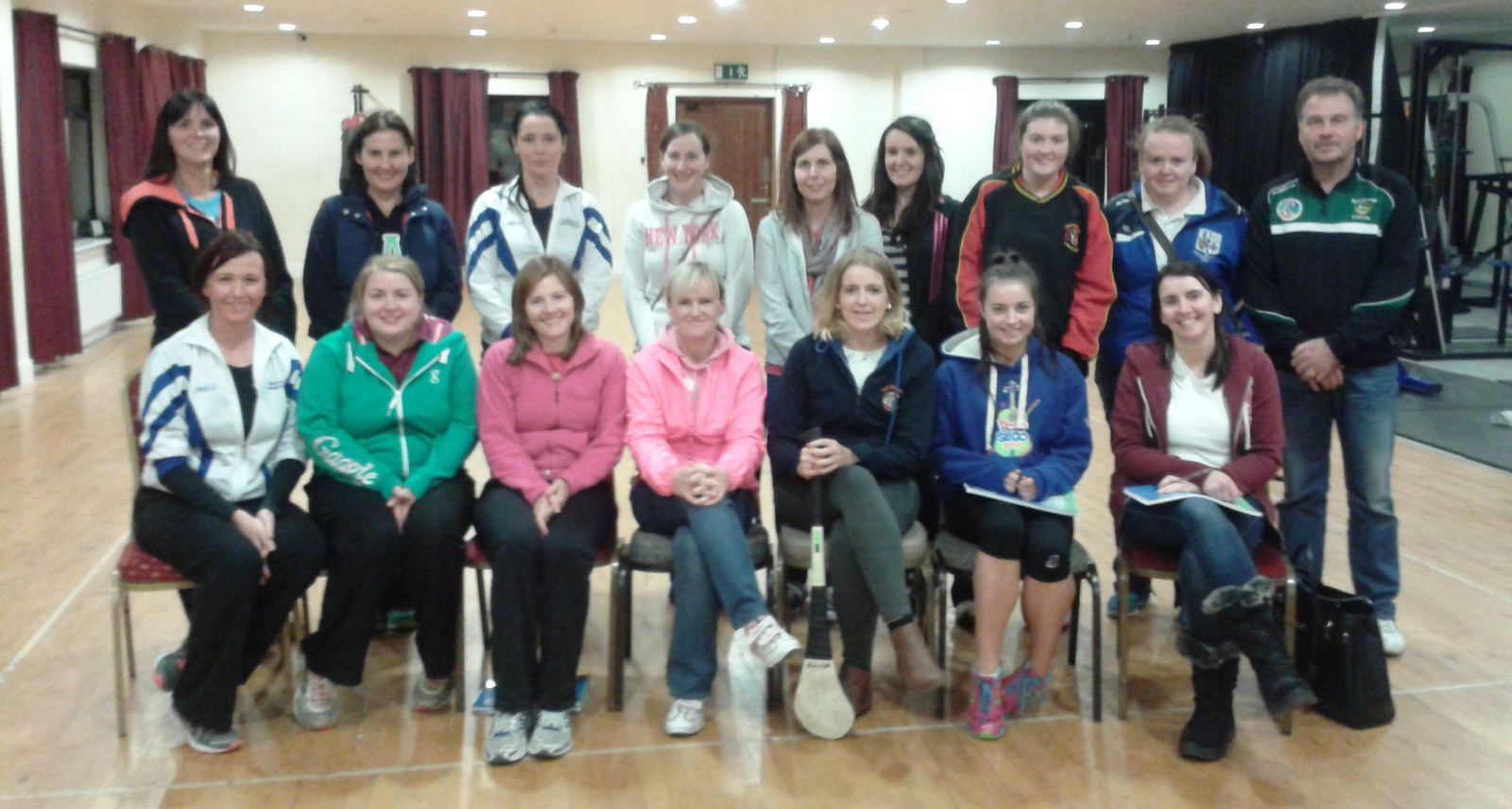 Coaches at Armagh Coaching Course
All Ireland Under 14 championship Blitz 2014
The under 14 competition will be taking place on Saturday the 13th September in Dublin to coincide with the Liberty Insurance All Ireland Finals in Croke Park. Teams who participate in the under 14 will be invited to participate in the parade in Croke Park on 14th September. Last year 30 counties took part in this competition with 48 teams in total participating across 5 divisions of the competition. This is tremendous for the game with 1300 girls taking part in total. The Dublin clubs that are hosting the competition this year include Ballyboden St Endas, St.Annes, Thomas Davis, Naomh Mearnog, Croabh Chiarain and Trinity Gaels. Thanks to these clubs and also to Cooper for sponsoring this competition which is in its third year.
Aghagallon camogie camp a huge success
90 girls attended a camogie camp in Aghagallon Armagh for a camogie cmap in August. This end of summer camp was run before the girls went back to school.
Thanks to the coaches and helpers that made the camp such a success. 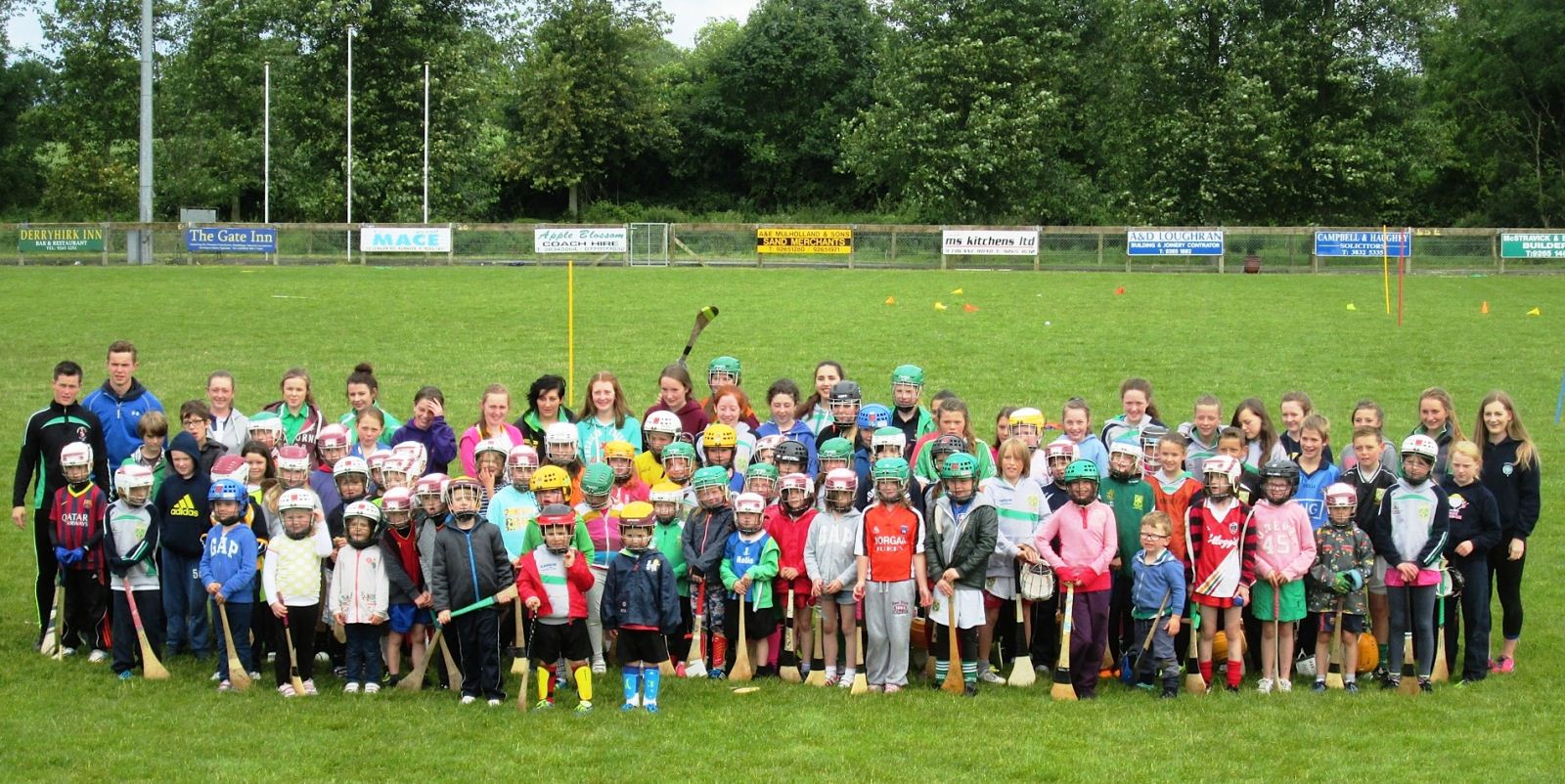 Coming up…..
U8/U10 festival of Camogie in Offaly. This festival is the final blitz of the year as all the girls are now back to school. The festival will be held in Banagher and starts at 10am. Contact lflynn@camogie.ie for more information.
A Code of Ethics Course will take place in Kilcormack Community Centre Offaly on Monday 13th October. The course will cost €10 per person. Contact lflynn@camogie.ie to book a place on the course.
Pictures from the Under 15 championship Blitz held in Portlaoisee GAA grounds last Saturday the 30th August. 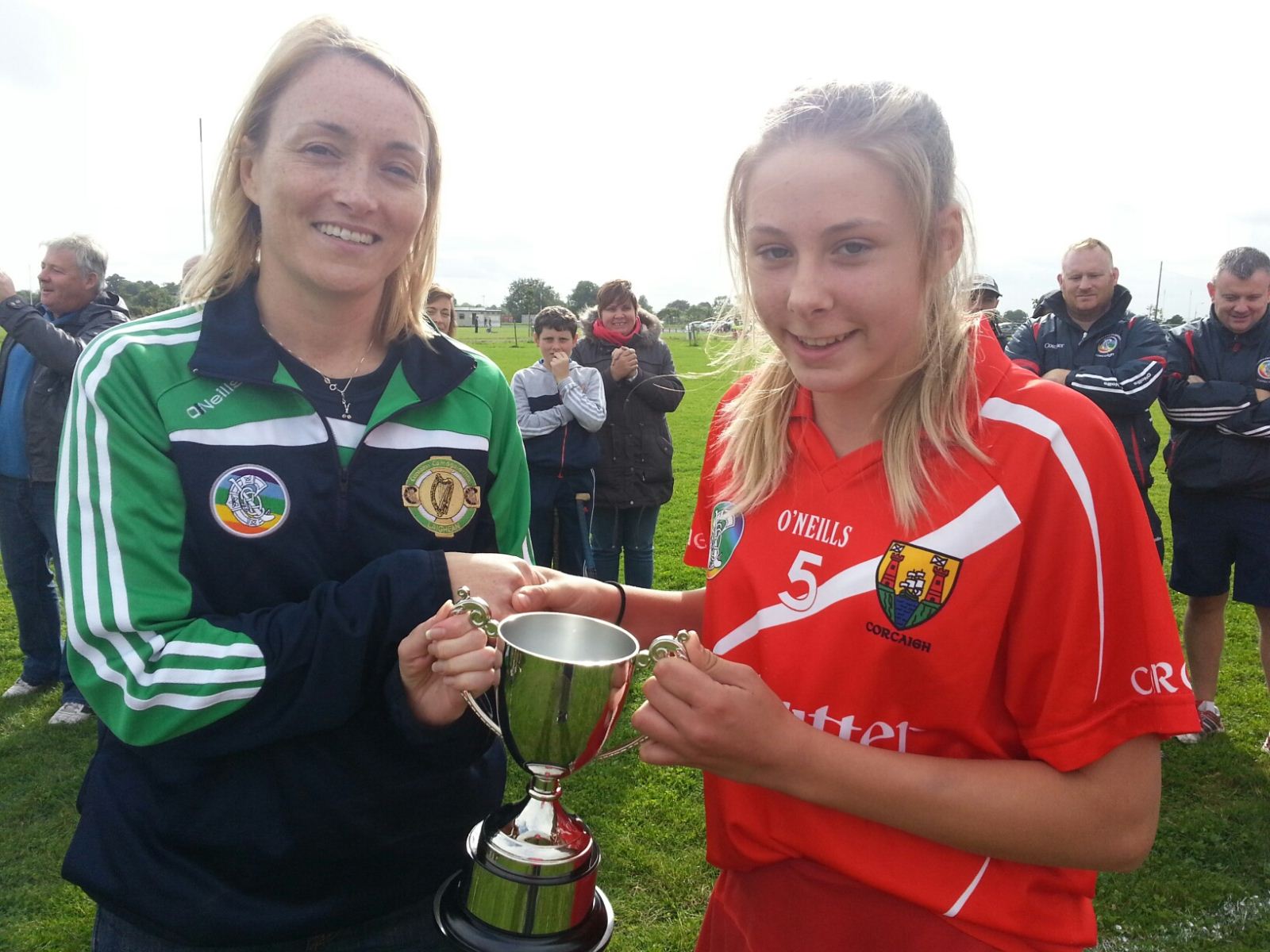 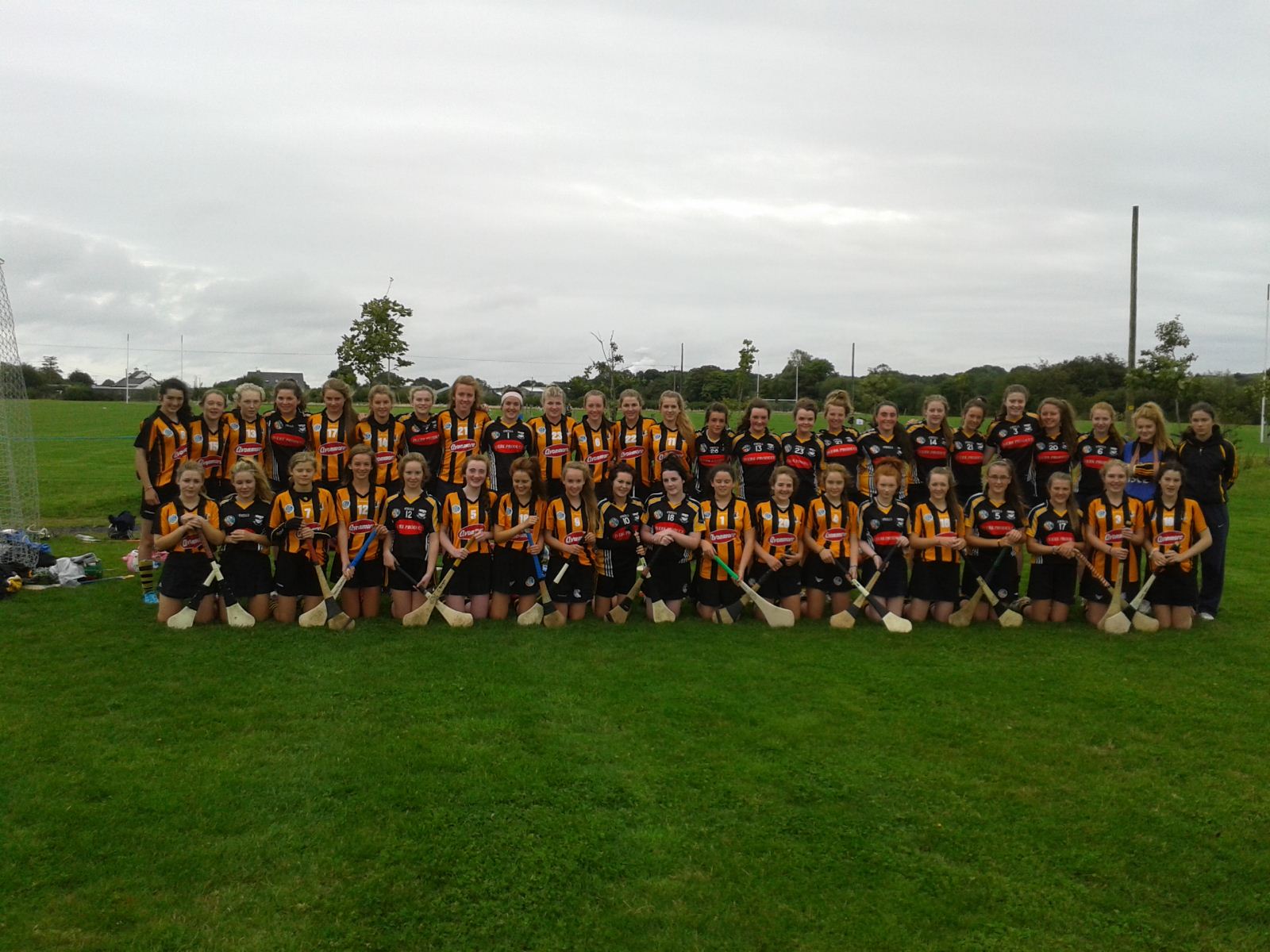 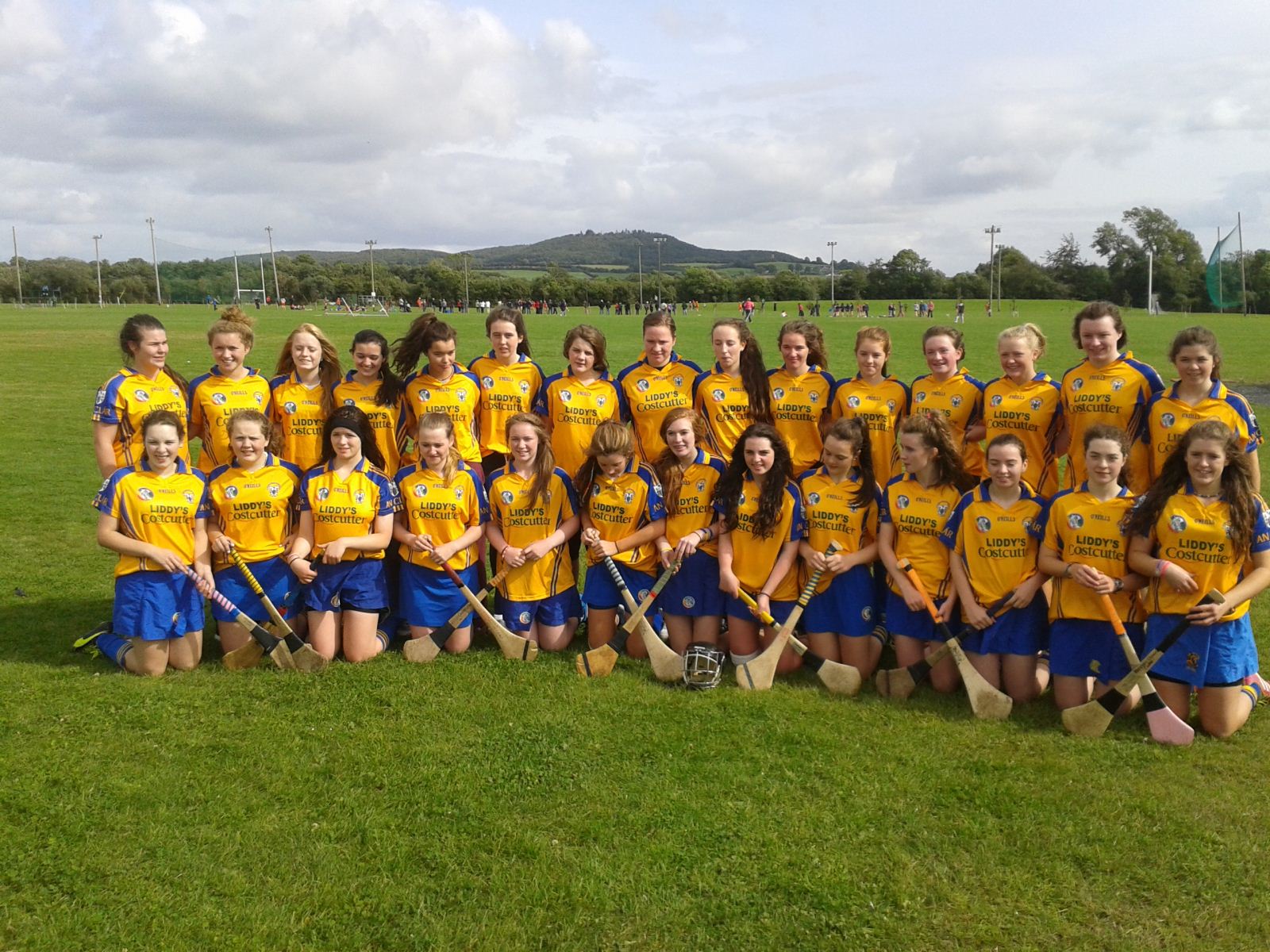 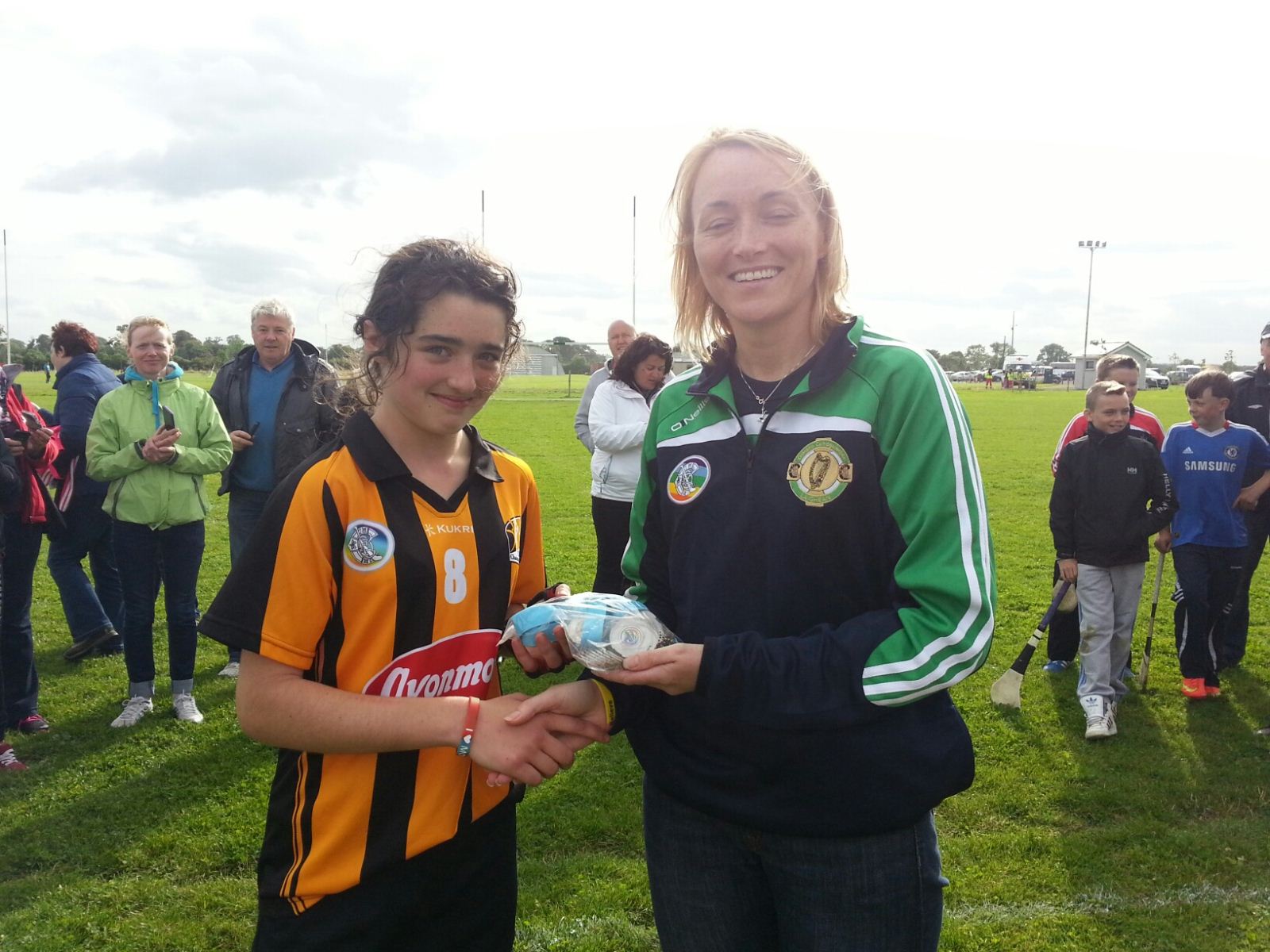 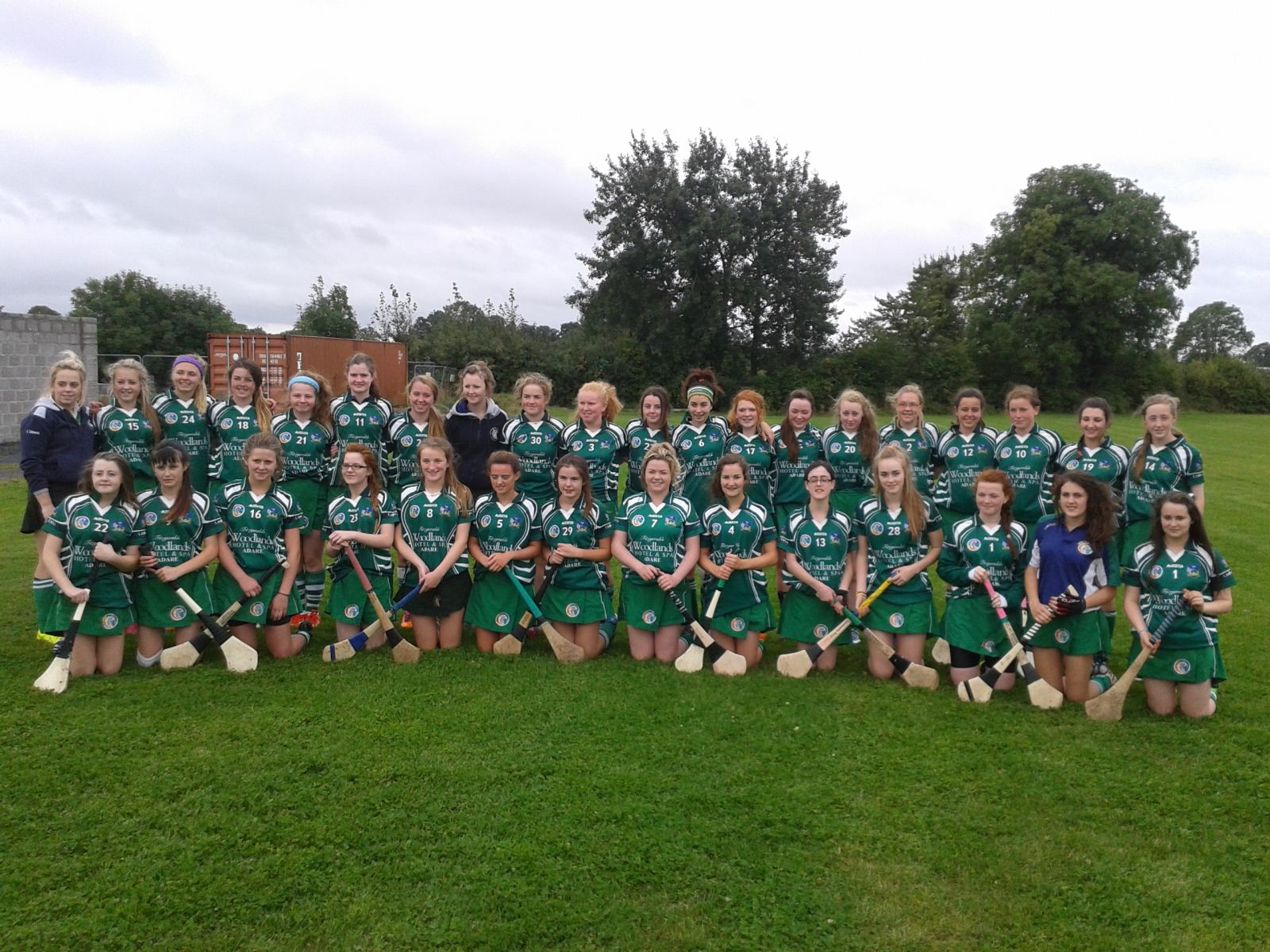 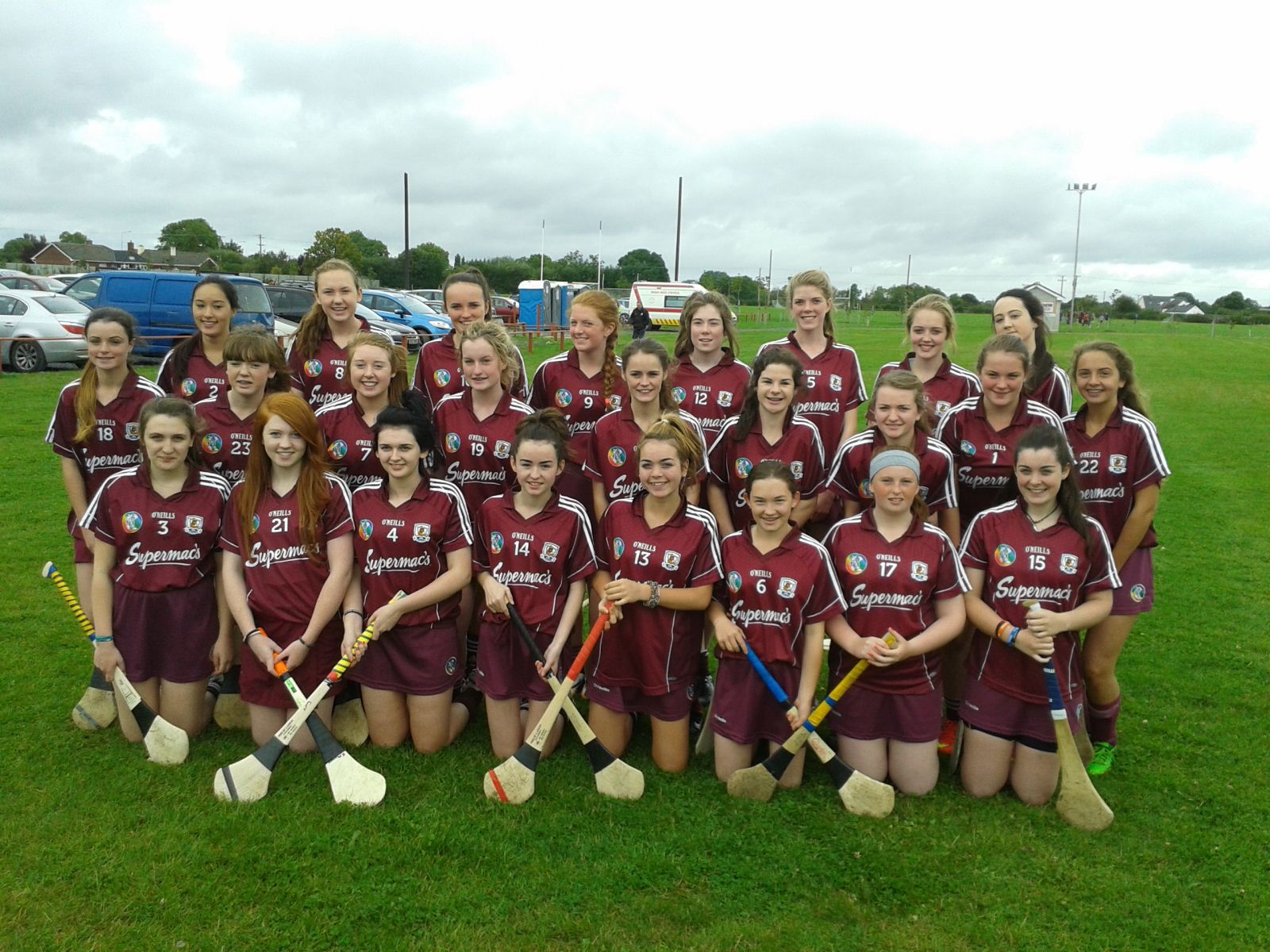 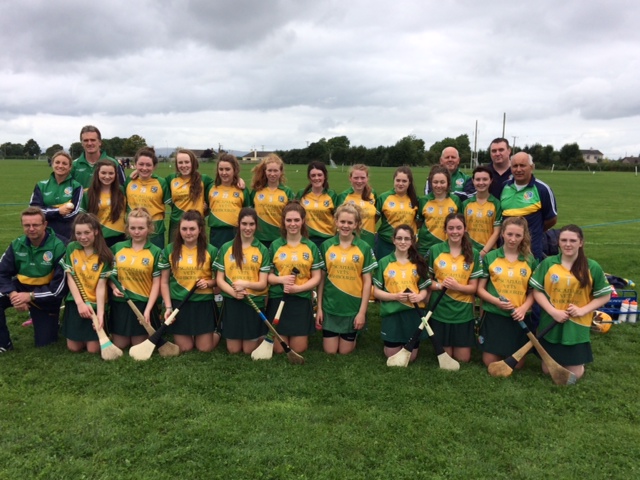 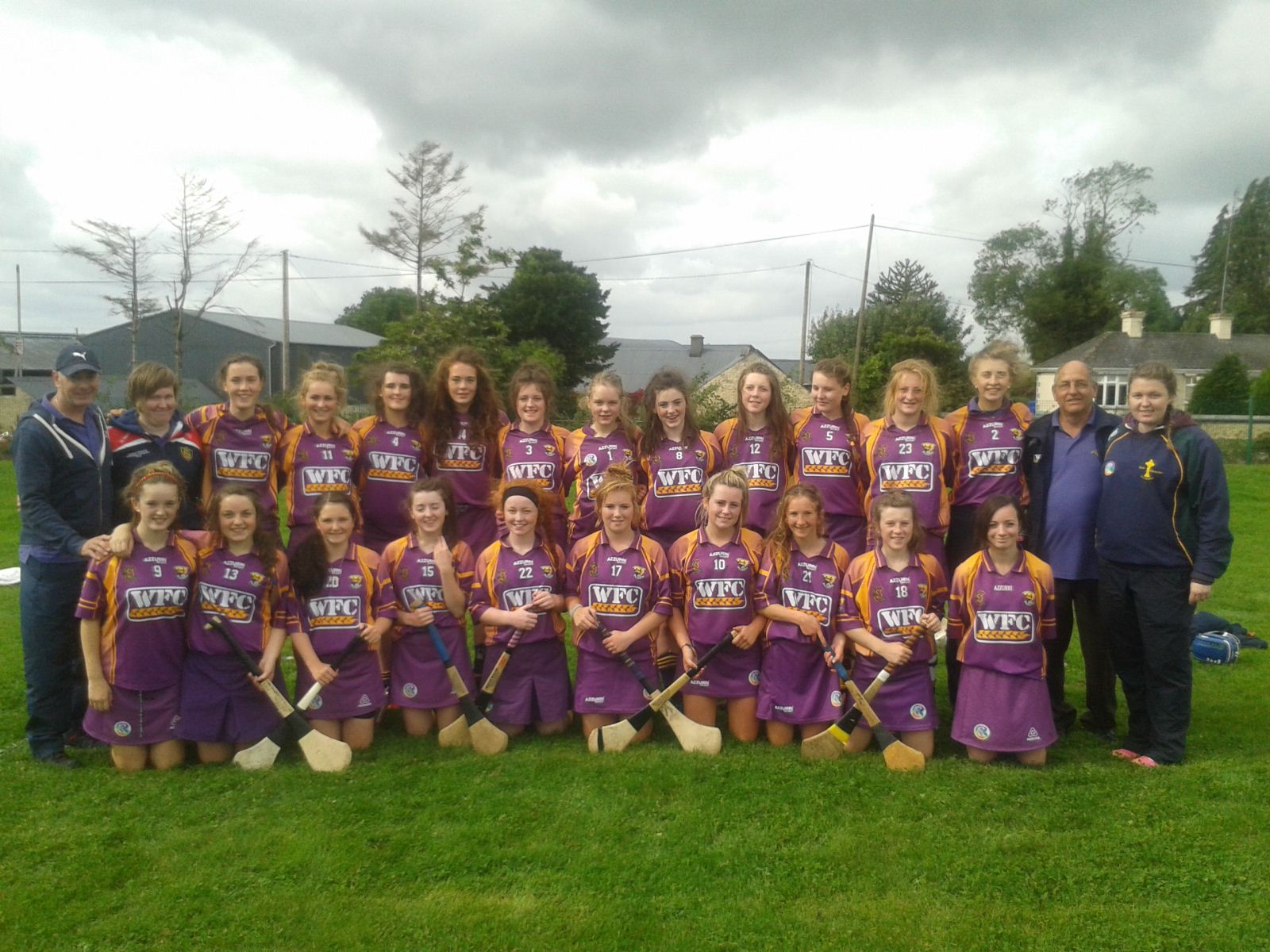 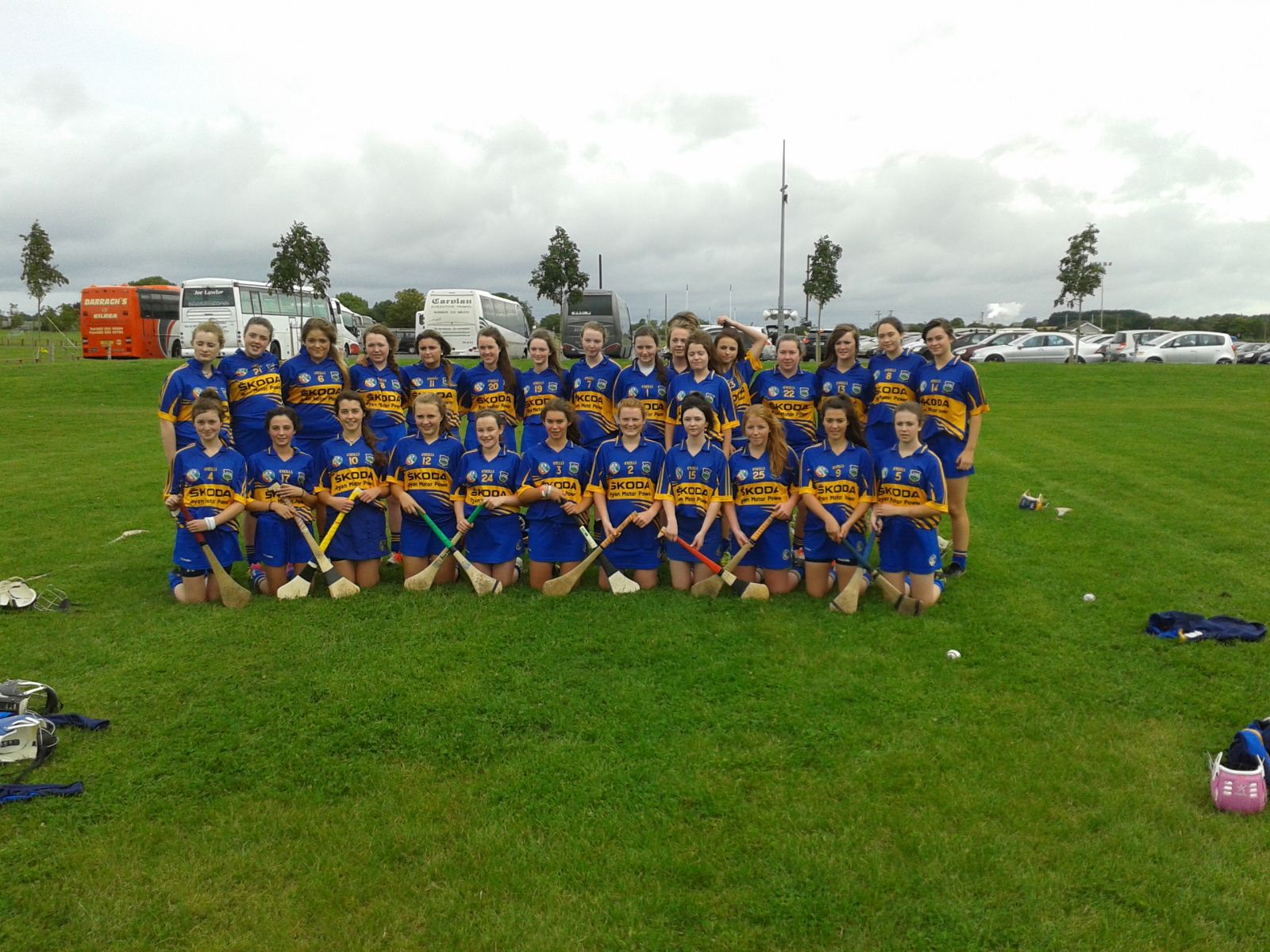