Latest
Best Banner competition winners in association with Liberty Insurance were Mayobridge of Down last weekend at the All Ireland Camogie Finals.
Mairead Rooney secretary of the club explains how they came up with the idea of the banner. ‘We had a fun filled fortnight preparing for this occasion and a meeting with players, parents and mentors inspired us with our Banner. We all had a say in what should go on the Banner and the girls wanted their names on it to mark this great day, so they all designed their own names and this was put on the back along with our Club crest. The front of the banner was designed by the older members of the club by having a caricature of a recent player (Suzy) and also of a player from yesteryear (named Teasey). The recent player (Suzy) wore our club colours of sky blue/navy and the Teasey wore the colours of what Mayobridge wore back in the early 1900's (Red & Black). There was also a very colourful Camogie crest on the front.  The fun and stress we had making this banner will remain with us for a long time and we would do it all over again! As the girls said when we won the best banner all the hard work has truly "PAID OFF".’
Mayobridge under 12’s played in the mini games at half time of the Junior final on Sunday last also. On asked how the club would spend the €1000, Mairead said ‘The €1,000 that we won will go to developing our great game of Camogie within our club and with all the publicity we have had in past few days it can only be good for us as a club.’ 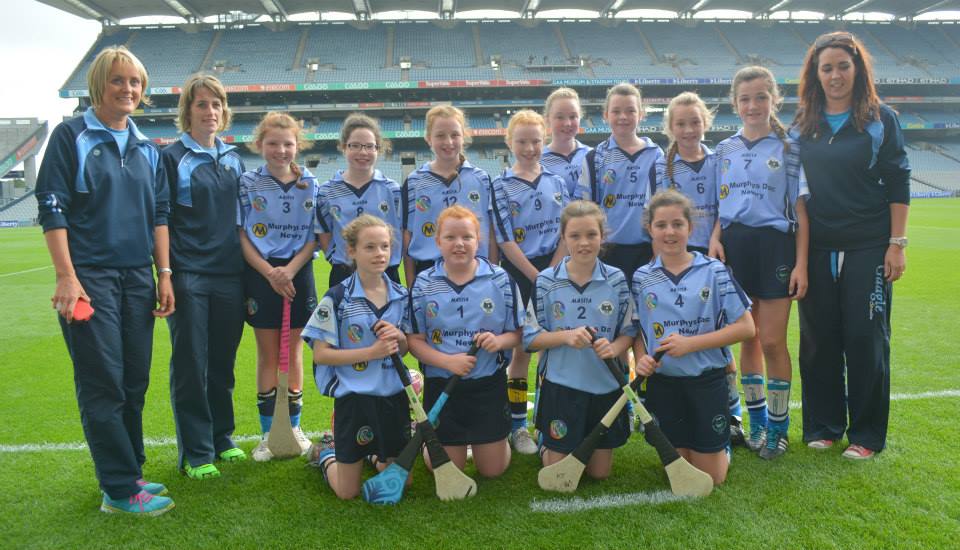 Mayobridge Under 12 team in Croke Park
Other development news this week include:
Coaching Workshop – Atticall Camogie Club Down
Games and Skills for U12 and U14 Camogie Players. 16 coaches from 4 clubs (Atticall, Longstone, Darragh Cross and Killeavy) and 22 players (from Atticall) were involved in this workshop on the 9th September. The coaches got to work on their Observation Skills and were given tips on how to SPOT and FIX the basic skills. 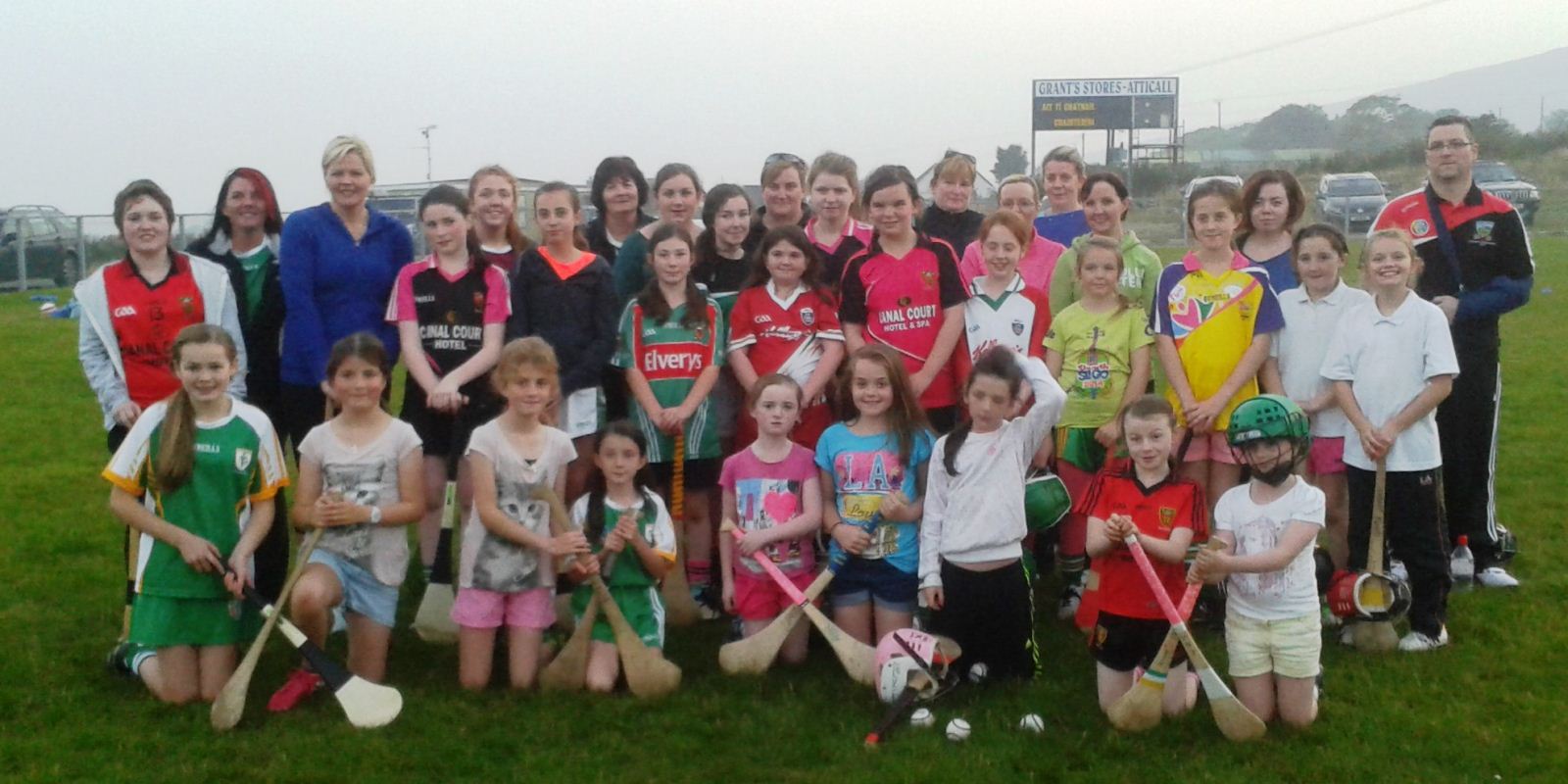 Participants of Coaching Workshop
Cooper All Ireland Under 14 Camogie Championship Blitz
The Annual All Ireland Under 14 Camogie championship Blitz took place across 6 venues in Dublin and 1 venue in Longford last Saturday the 13th September. Over 1000 girls took part in the competition across 5 divisions. For results and pictures from the day please see the special report on the event.
Report Under 14 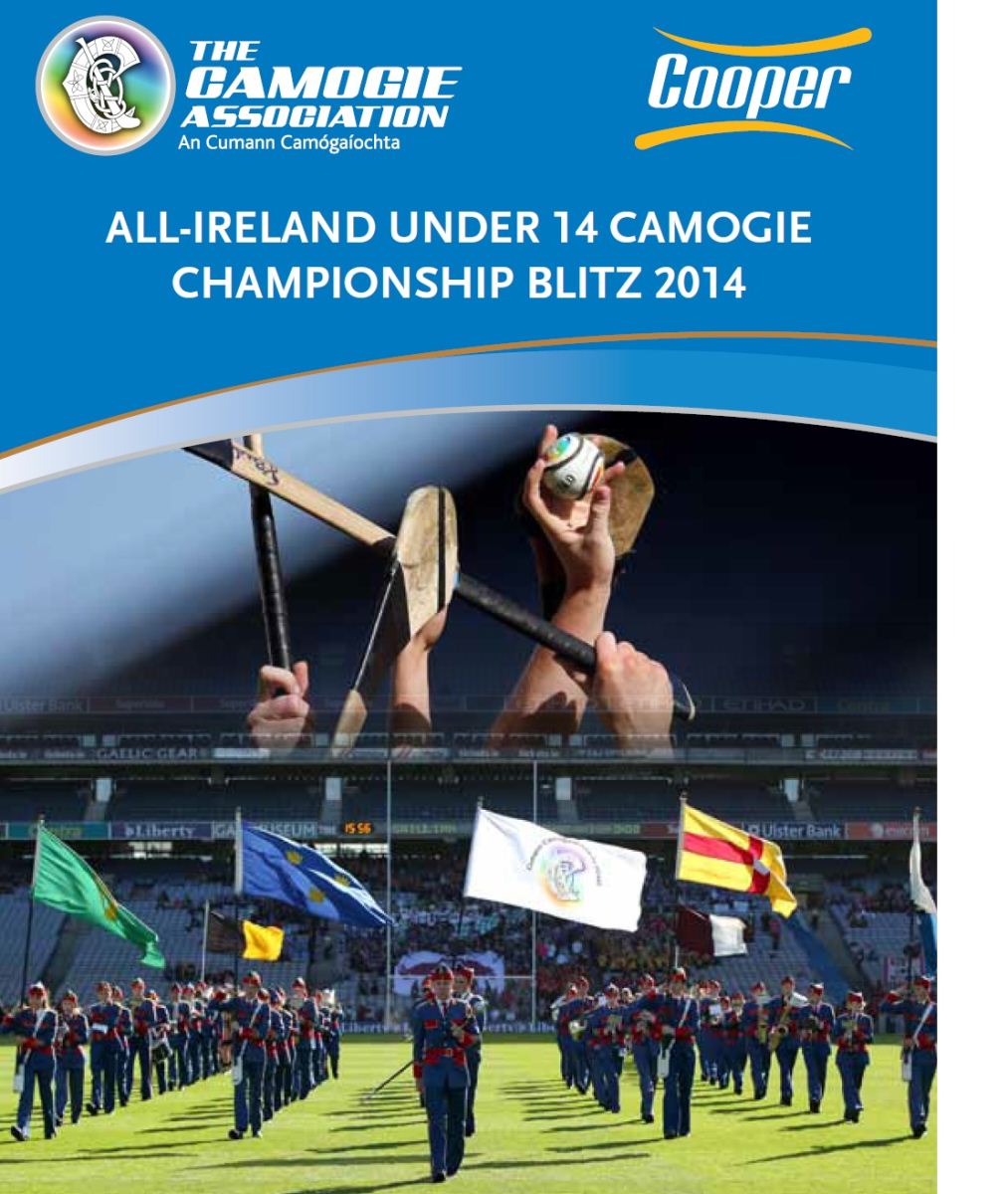 Ballyvary Mayo Coaching Session
Yvonne Byrne Regional development officer in Connacht took the girls in Ballyvary for a coaching session on 16th September while coaches in the clubs observed the session. 30 girls took part in the session. 3 of the members of the under 14 county team which reached the All Ireland final of the Cooper under 14 championship blitz at weekend were present. They were treated to a heros welcome from their fellow club members on the night! Well done to Brianne McGhee, Elizabeth Gallagher and Sara McFadden for their super achievement with Mayo under 14’s at the weekend. 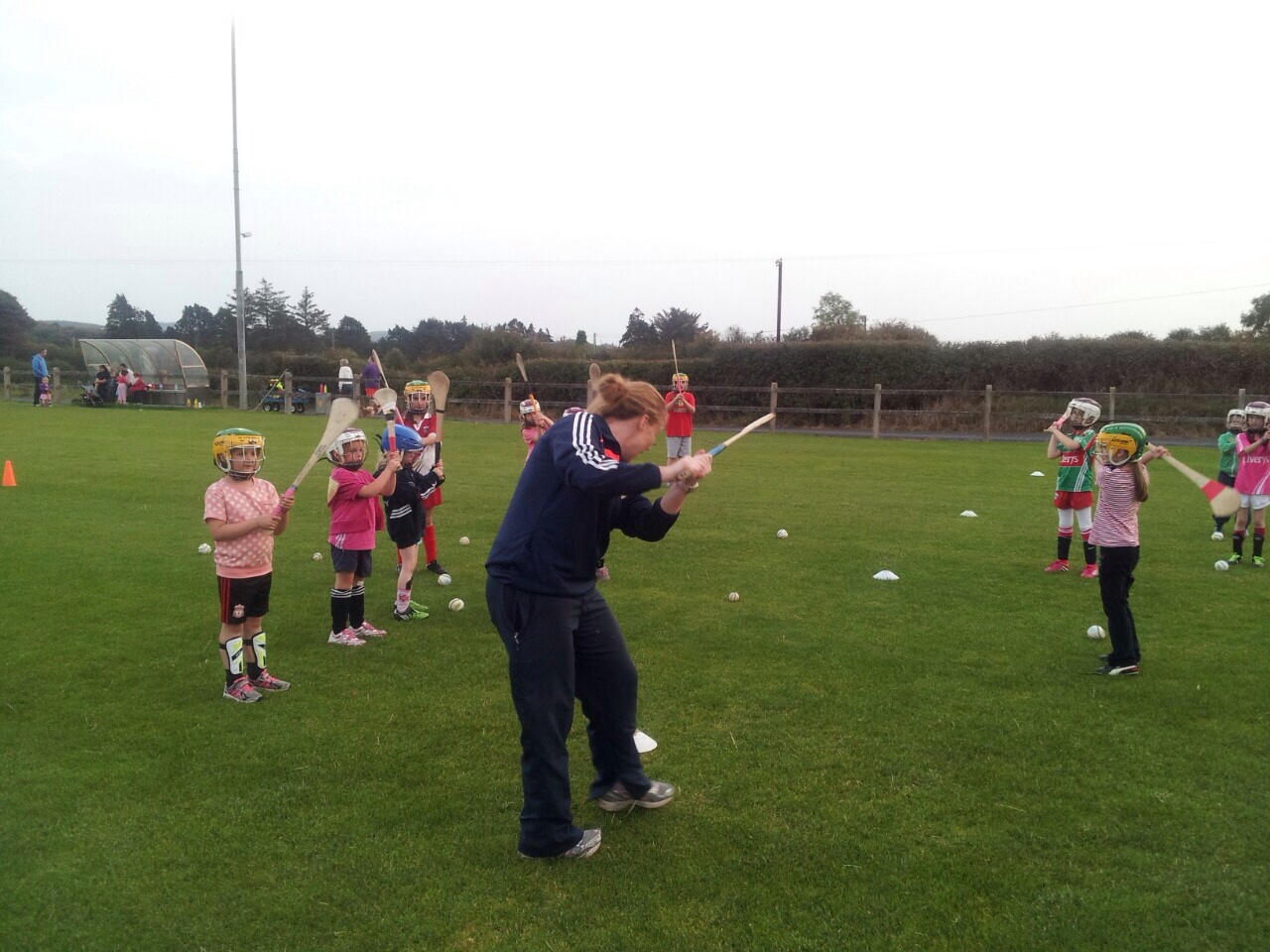 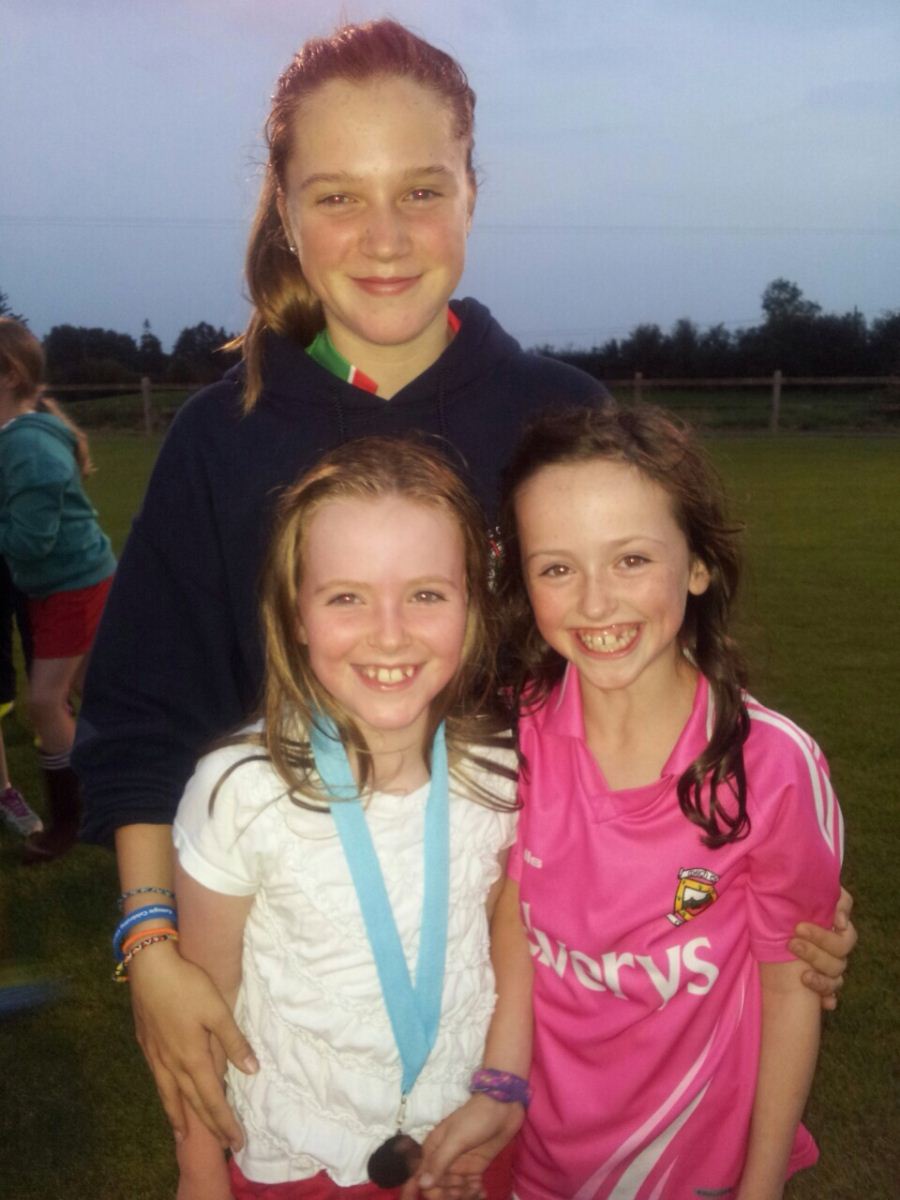 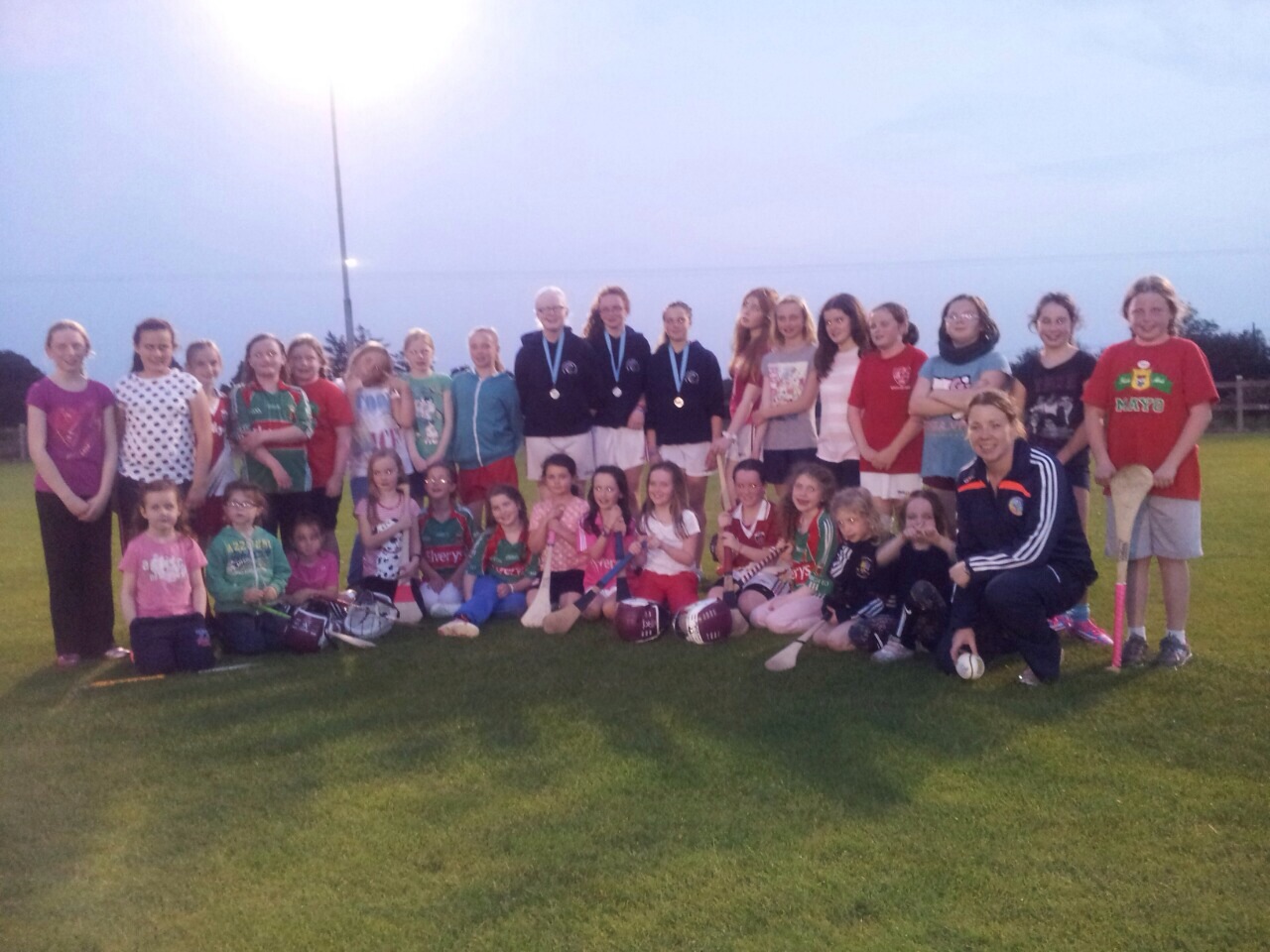 Group Picture from Ballyvary, Mayo
Book a Coaching Course
County boards and county development officers can now apply for foundation level courses for Winter 2014 and Spring 2015.
Any club with coaches wishing to attend a coaching course should contact their county board or county development officer to book places on the next scheduled coaching course in their county.
Courses must be applied for minimum 5 weeks in advance of requested course date.
All Courses must be paid for in full at least 1 week before course commencement date.
Cost of Caman Get a Grip Foundation course:
·         Foundation course half course (minimum 12, maximum 15 participants) = €300
·         Full Foundation course (minimum 20, maximum 24 participants) = €480
If you require more information on Caman Get Hooked Level 1 coaching course please contact your Camogie Regional Development Officer.
To Apply for a foundation course please click on the following link:
Camán Get a Grip Course
Up Coming….
A Code of Ethics Course will take place in Kilcormack Community Centre Offaly on Monday 13th October. The course will cost €10 per person. Contact lflynn@camogie.ie to book a place on the course.
Pictures from Under 14 Parade and mini games on All Ireland Day 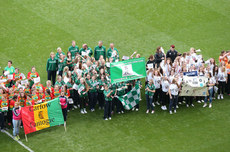 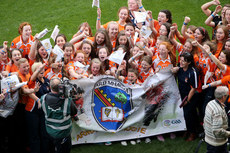 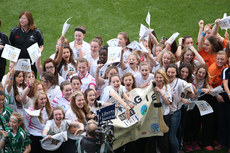 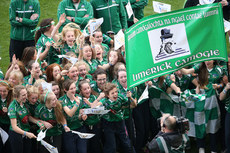 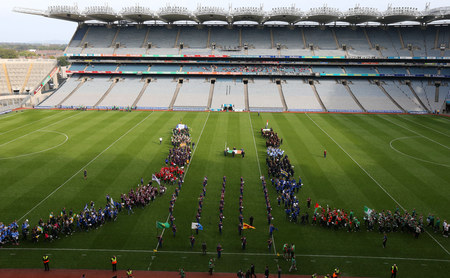 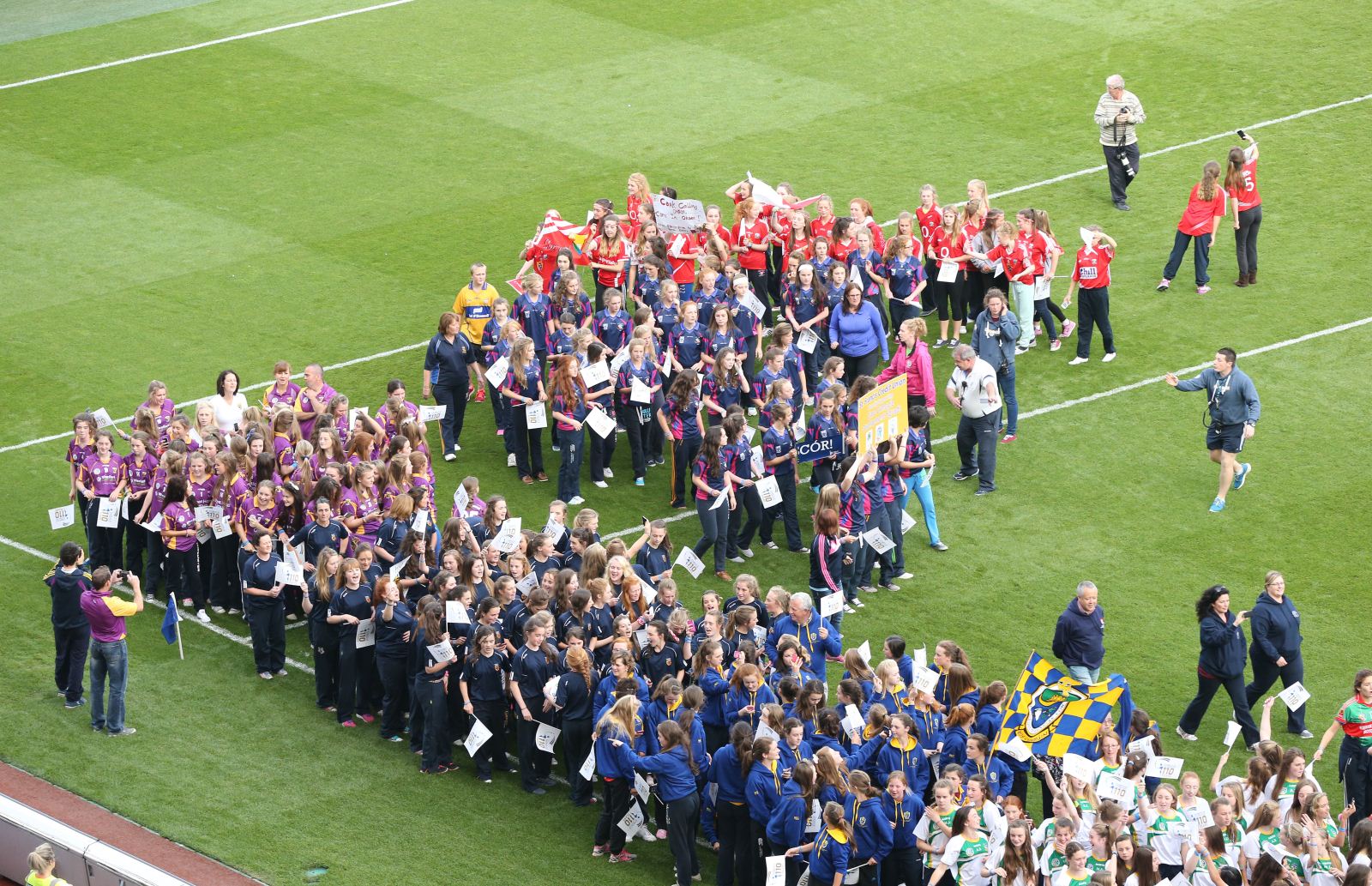 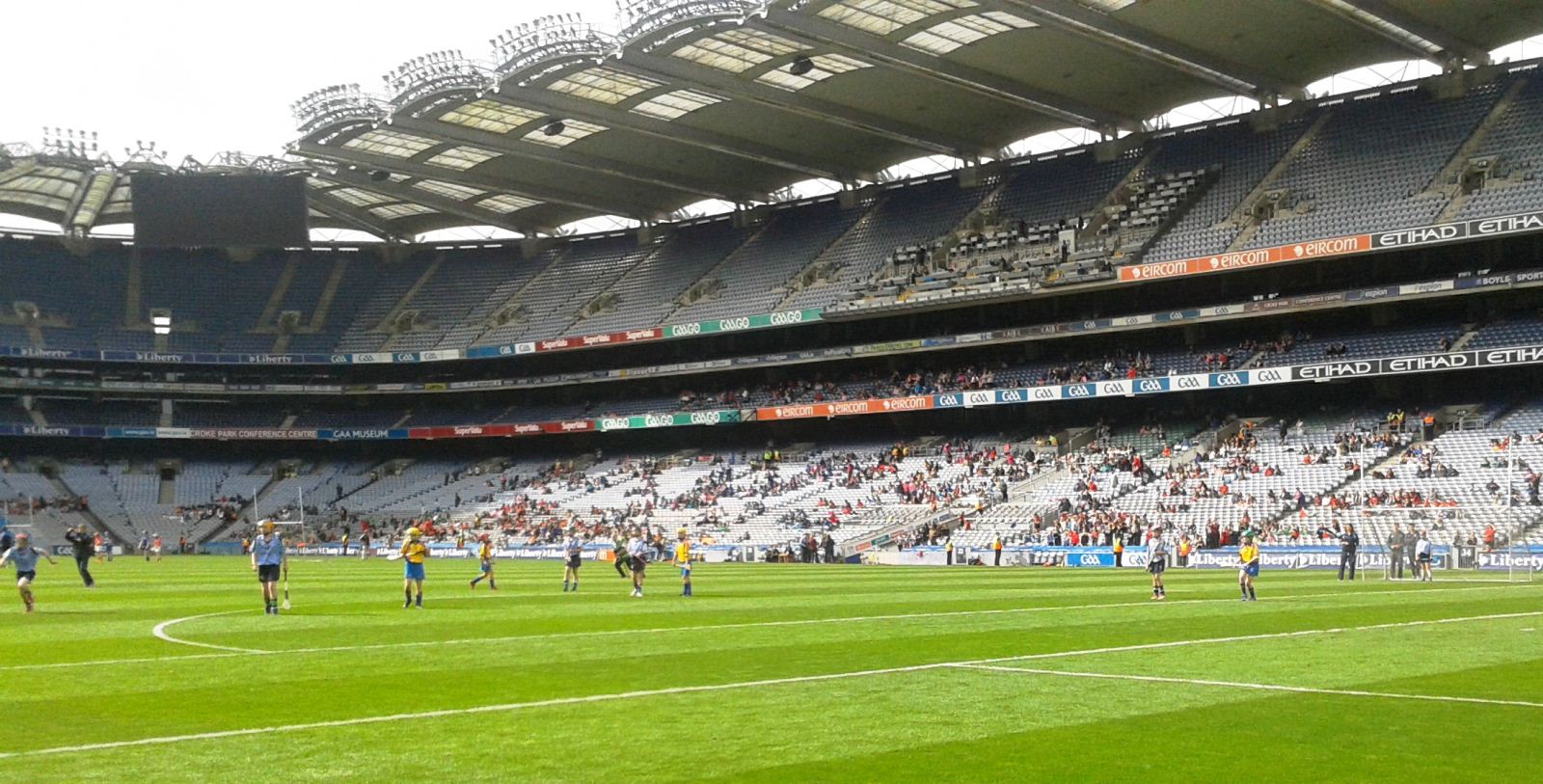 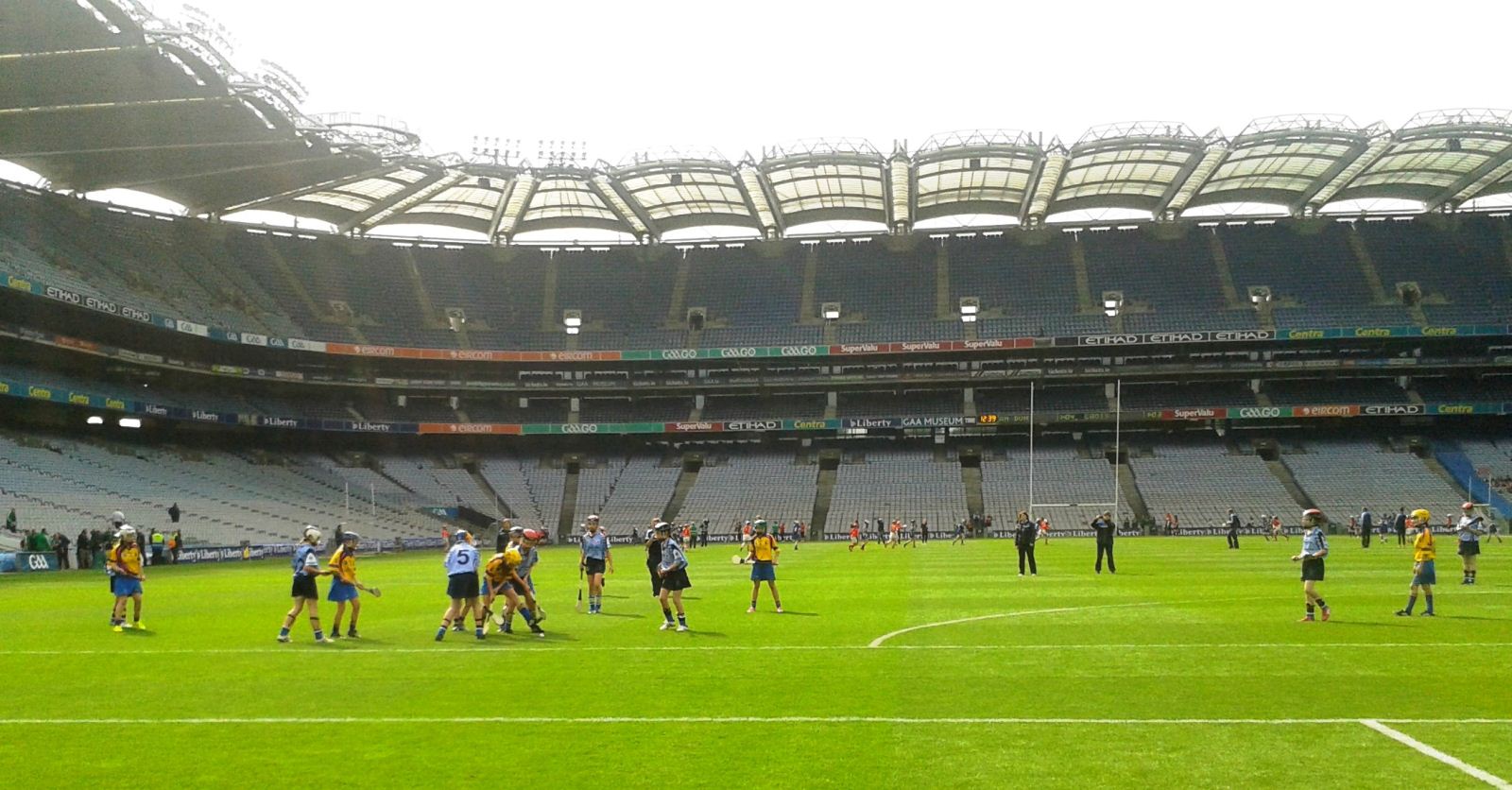 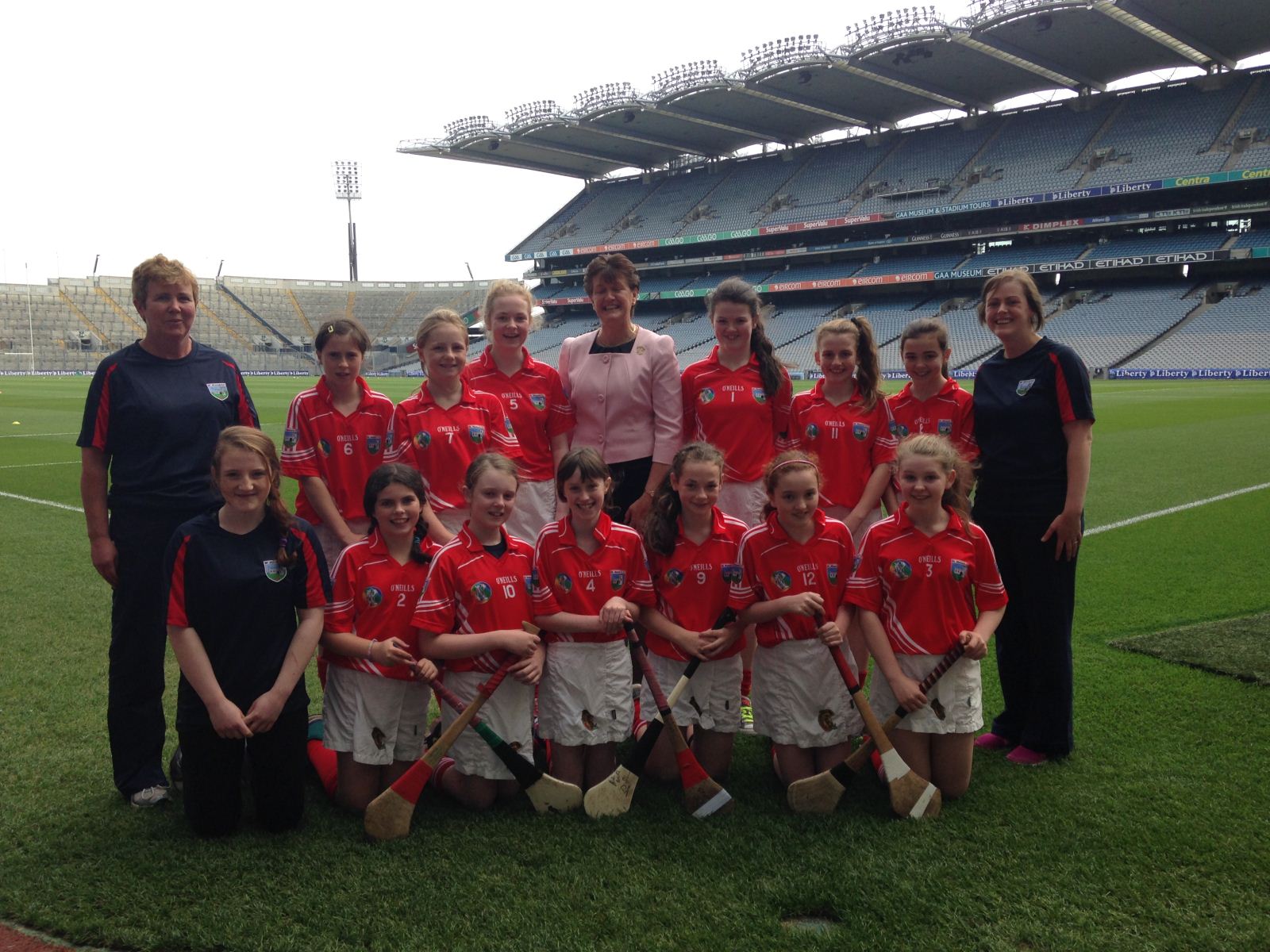 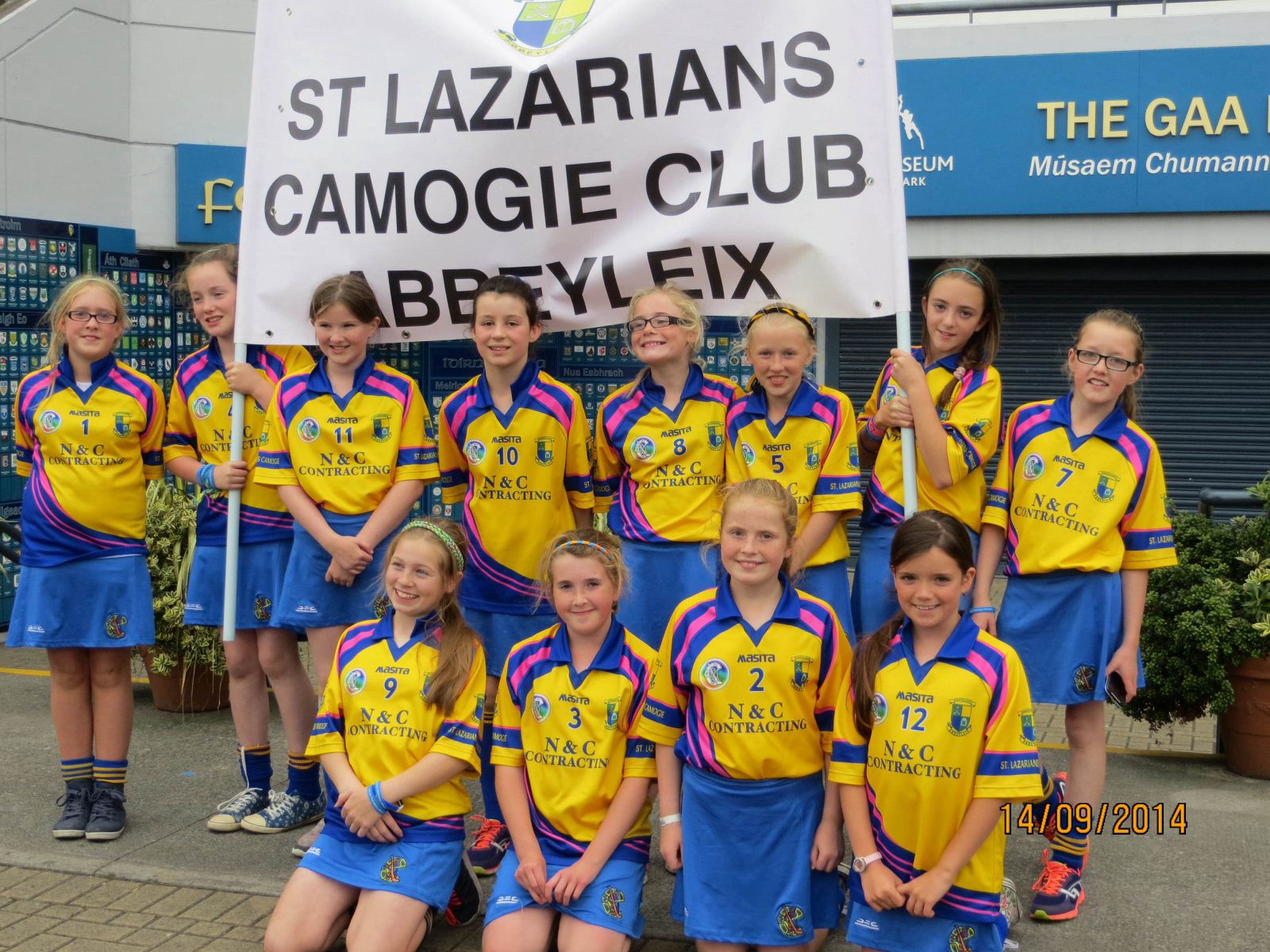 St.Lazarians, Laois who played in mini games in Croke Park