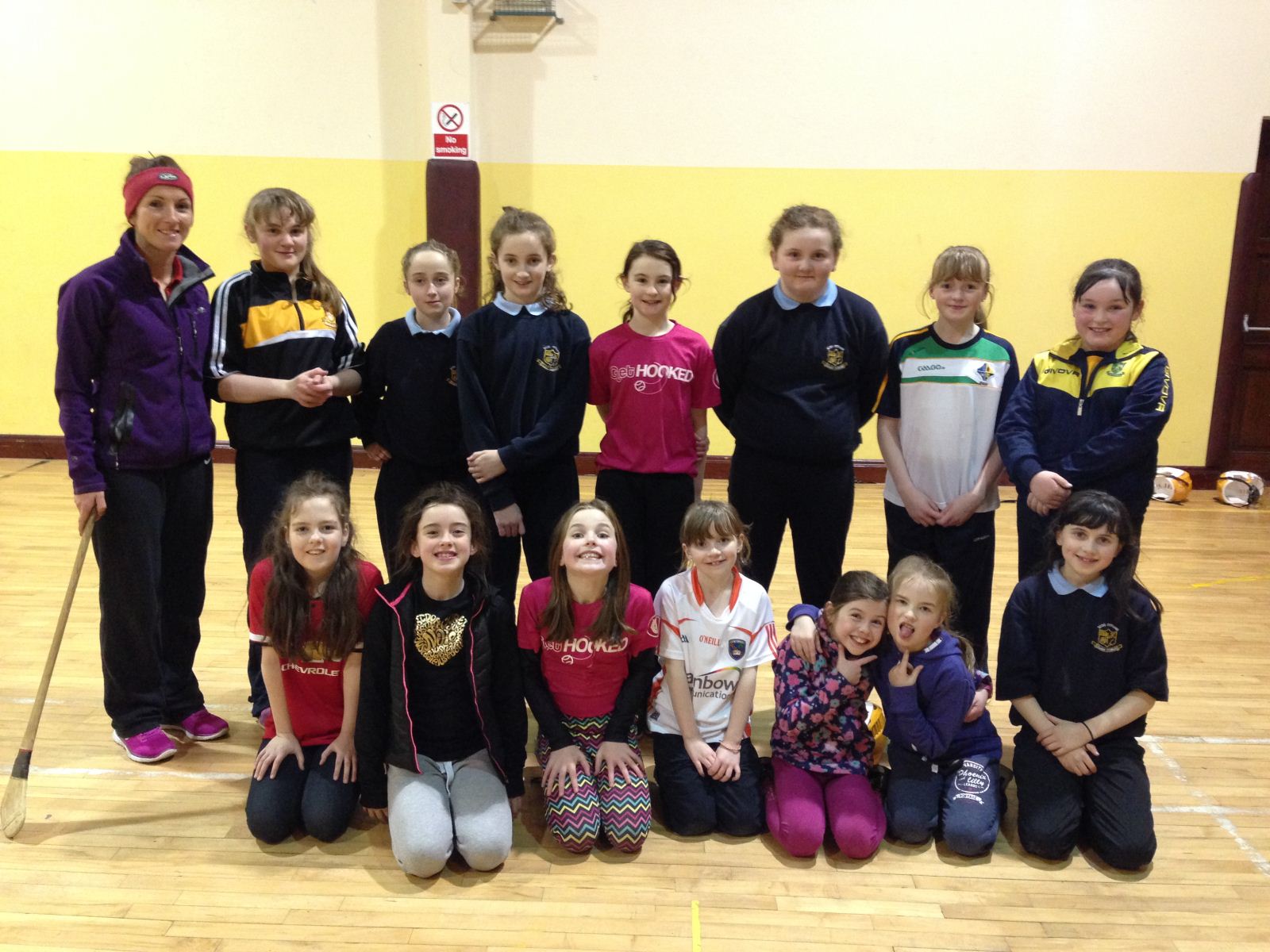 Jennifer O Leary and the Clontibret girls
Derry Workshop
16 coaches from Dungiven, Loup and Glenullin attended the workshop on what to coach u12’s and planning effective sessions. This was a coach the coaches workshop and all the coaches participated throughout the 2 hour session. The workshop was broken down into warm-up activities, drills v games, spacial awareness, questioning and principles of attack/defence. The next workshop will be in Loup on Thursday 8th January 2015 with the topic ‘What to coach u8s’. 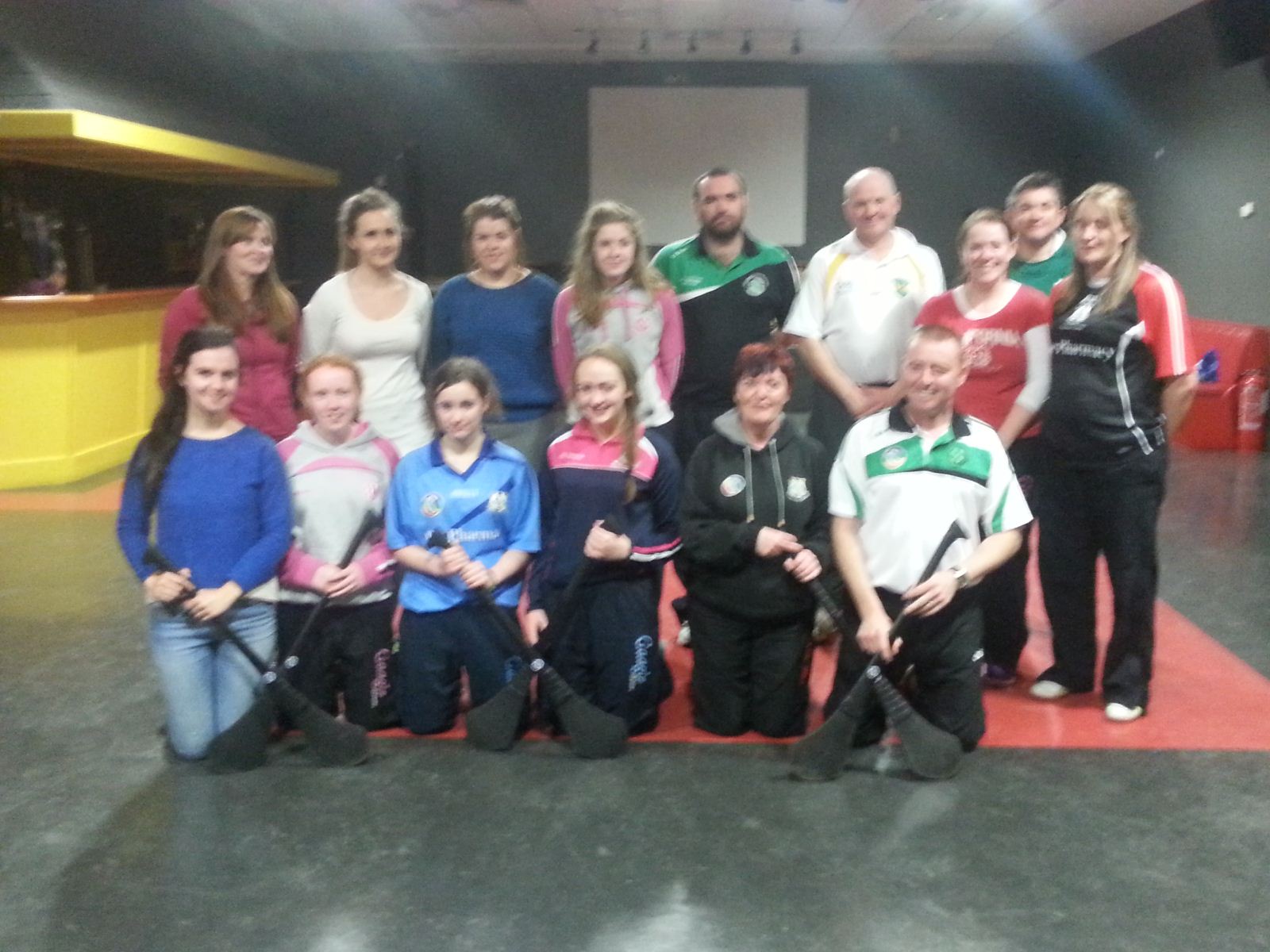 Derry group at workshop
Letterkenny Gaels Coaching
Twenty four under 10’s participated in a training session in Letterkenny IT college. The girls were all put through their paces during the indoor session. The focus of the session was working on first touch. Games were set up to encourage the girls to make the right decision when put under pressure. At the end of night the girls had a few Christmas treats to mark the end of the year and look forward to well-deserved break. 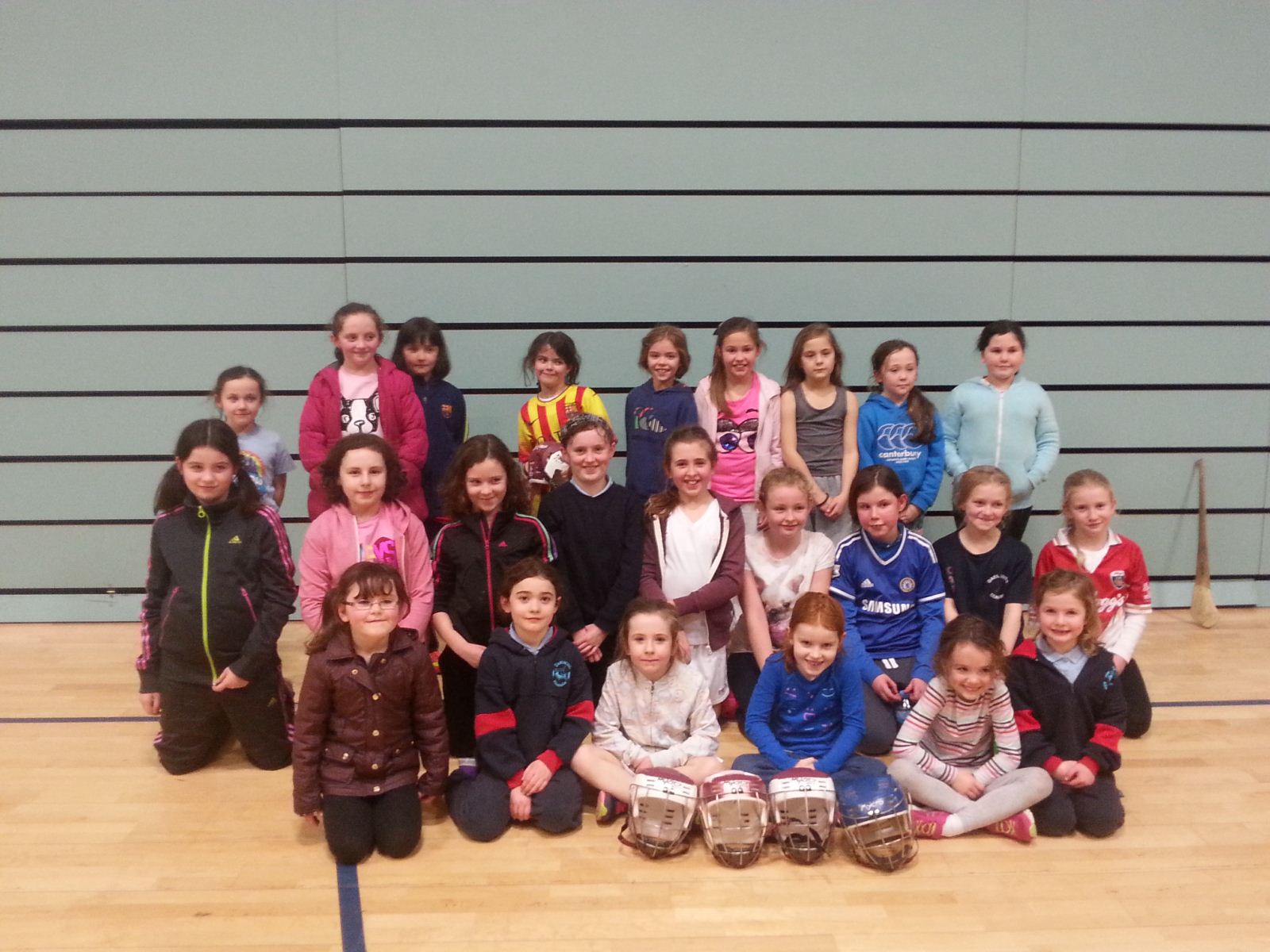 Letterkenny group
Derry Schools Coaching/Blitz
60 girls from Derry participated in a fun year 8 camogie Blitz in Templemore Complex, Derry. The girls were from St Marys Derry, St Brigids Derry, St Cecilias Derry and St Marys Limavady. All the girls have received coaching from Emer McAteer over the last 5 weeks, During the course of 2 hours Blitz over 20 games were played between the girls in 6 a-side match. 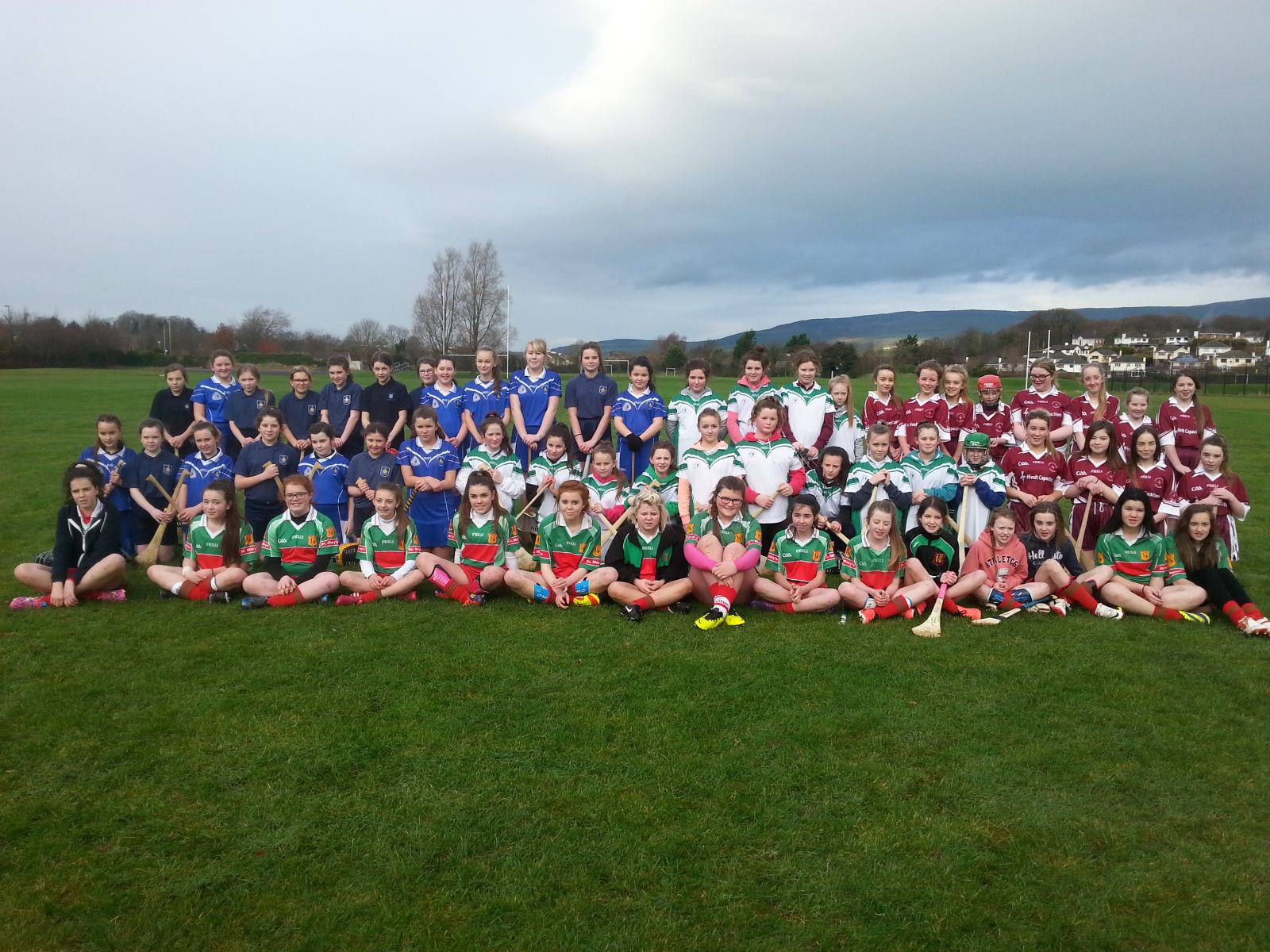 Derry Schools Blitz
Re-energise Programme
Catherine McGourty has been passing on her coaching expertise to the youth of O’Donovan Rossa.  Down star Catherine, has been delivering sessions to the girls on breaking the tackle, strength and conditioning, creating scoring chances and making the right decisions on the ball over the last number of weeks.The girls all learnt from one of Ulster’s finest and will hoping to put all tips into practise in next seasons campaign. 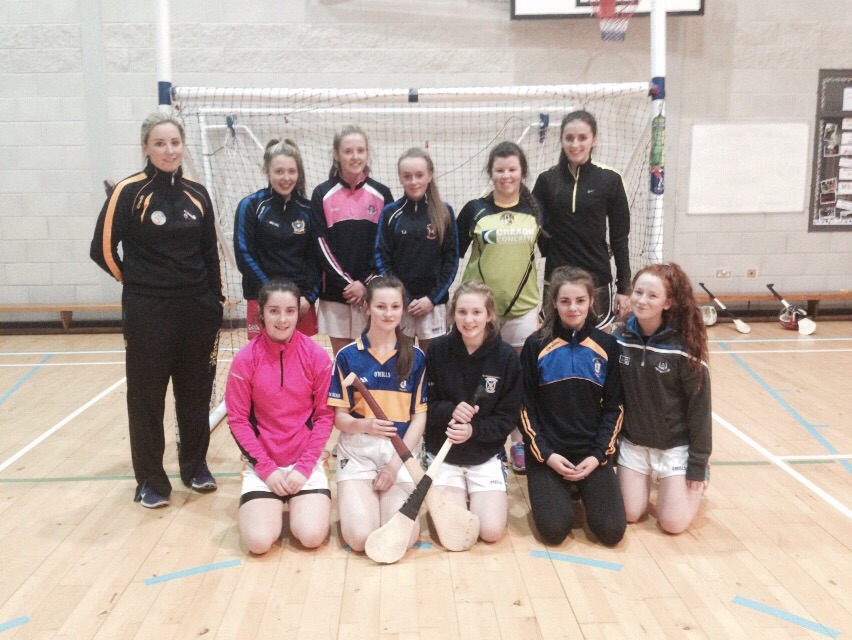 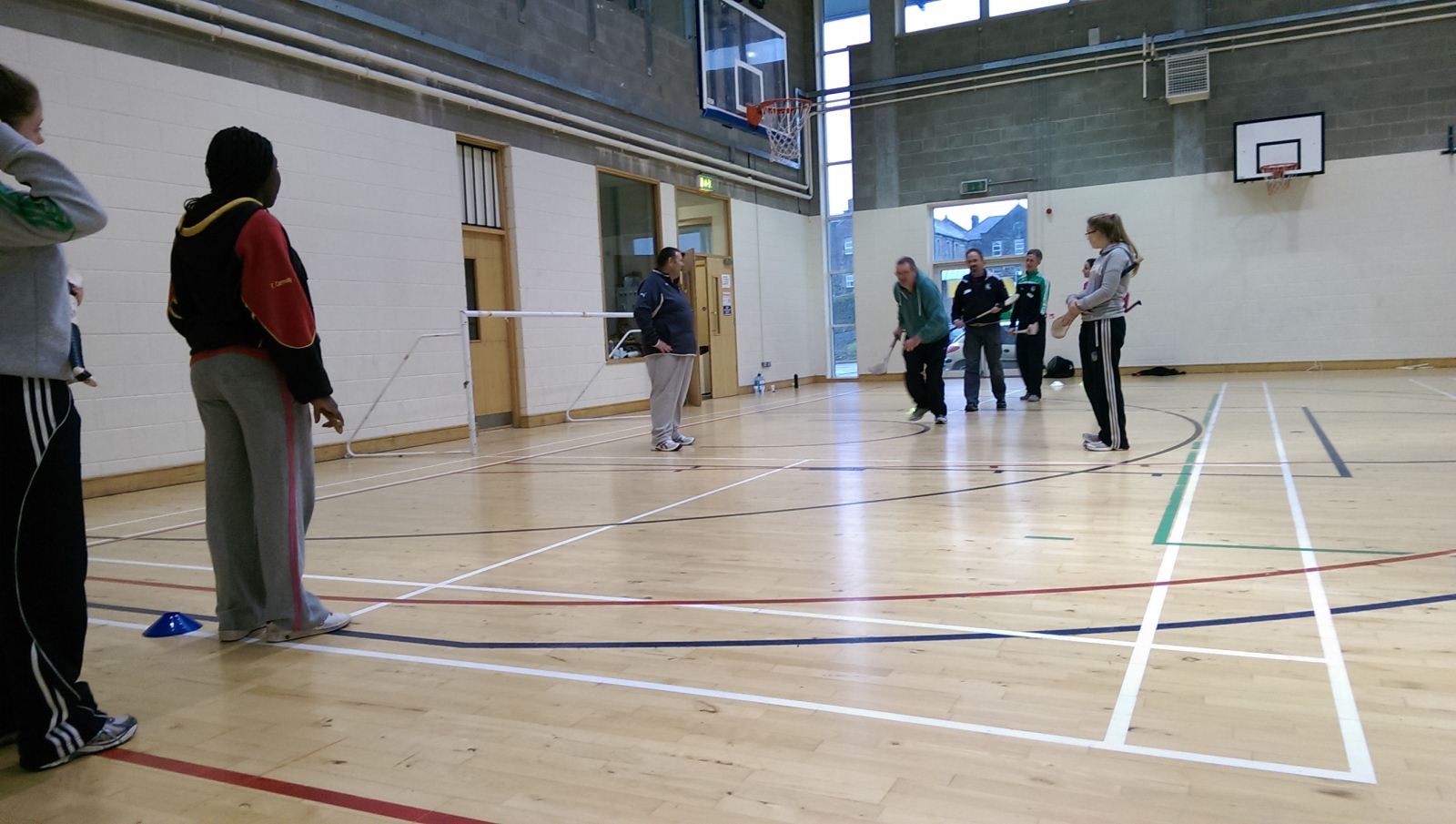 Action from Camán Get a Grip Course 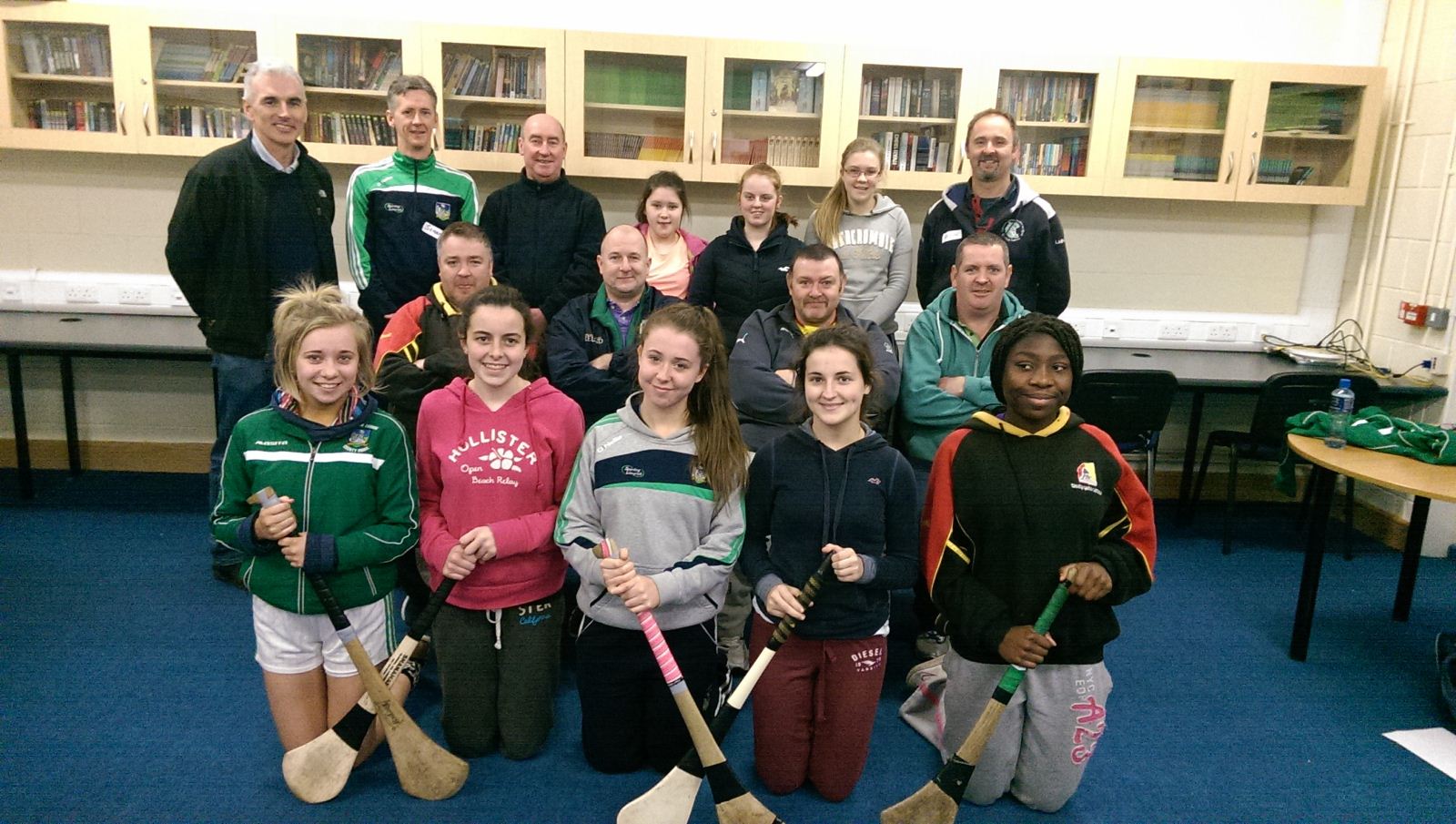