Latest
Successful Officer Training in Carlow
On Tuesday 20th February, 18 participants attended the Officer Training for Chairperson and Secretaries, held in The Woodford Dolmen Hotel, Carlow. Here attendees got informative advice on their role within their unit, be it club or county and also their role description, a template of workload planning and scenarios which might arise in their term. There was also some practical advice on the rules of the association and becoming aware of certain requirements needed in the role. Many thanks to Eilis Kavanagh for her excellent delivery of the course and to the participants who took part also.
Newly formed O’Dwyers Club Up and Running
On Wednesday night last, 21st February, 15 coaches from the newly formed O’Dwyers club in Balbriggan took part in an information night on the basics of what to look for when coaching underage players starting out in the game. The coaches ranged from the nursery up to the newly formed u9/u10 squad. In this, they were instructed on the basic teaching points for some of the skills such as lifting, dribbling, ground strike and blocking. 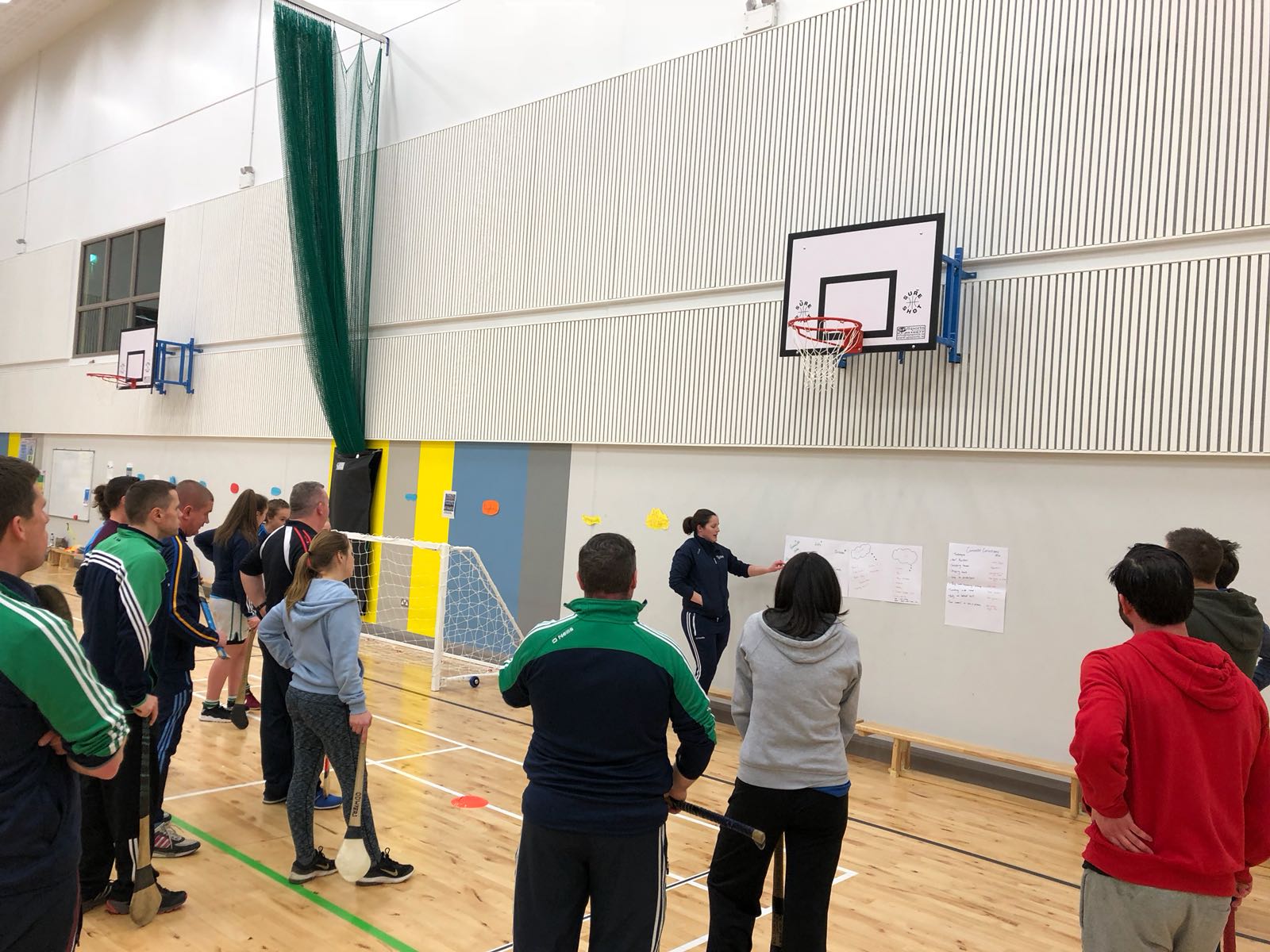 A lot of these coaches were familiar with football skills but were open to learning the correct positioning, grips and key points of the camogie in order to be better coaches to their players. They were put through their paces in demonstrating some of the fun games we can use in incorporating the skills into the session, a necessity when getting girls to get involved for the first time. Well done to all as it is encouraging to see coaches open to learning and looking to improve all the time.
Kilmacow Camogie Club Develop New Initiative
Kilmacow Camogie Club have come together with the two local primary schools for a development initiative creating a club/school link. St.Senans NS and Strangmills NS are joining forces with the club and its coaches in running a mini indoor league for the next 4 weeks. 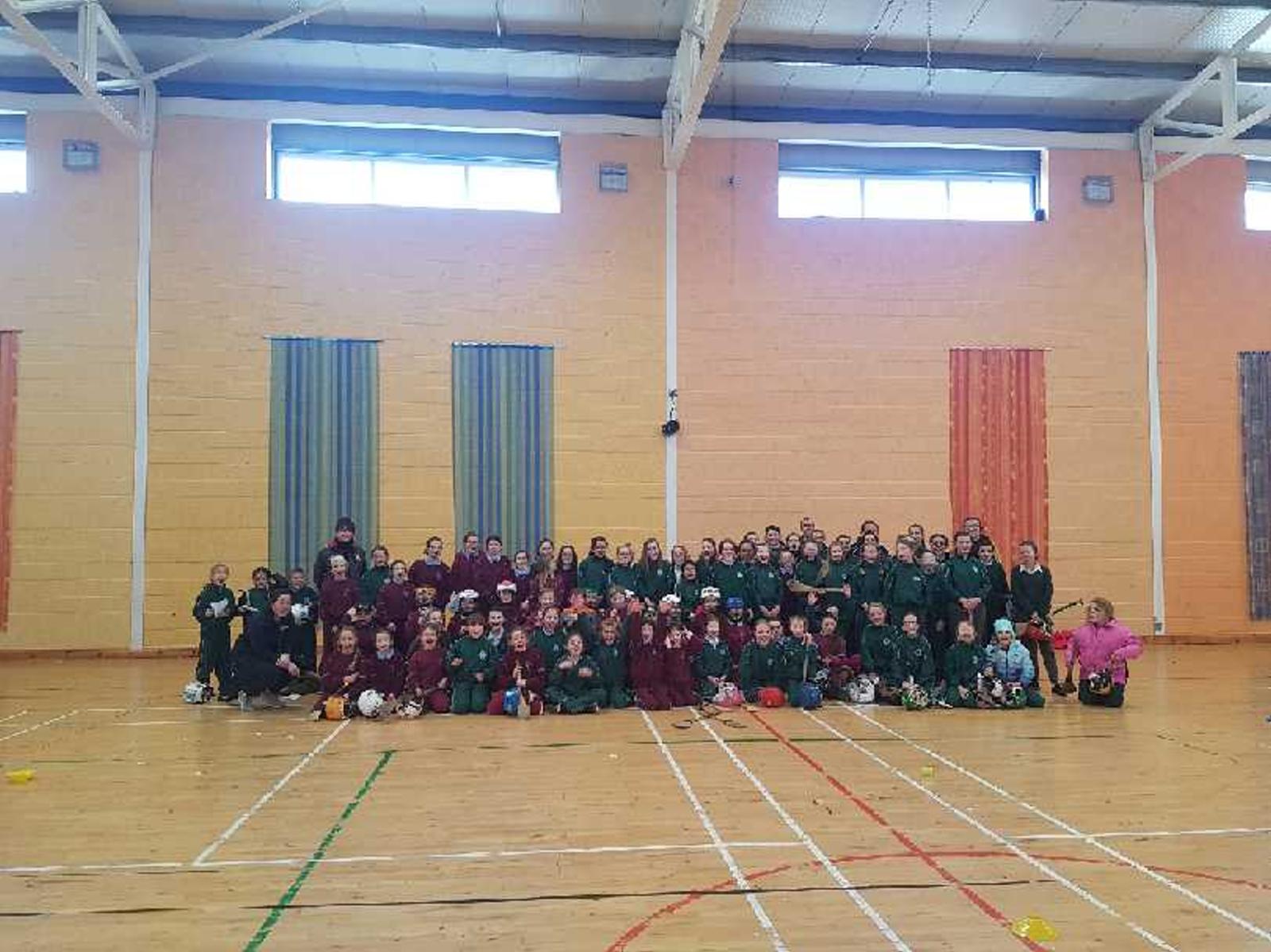 Day 1, on Tuesday last (27th Feb) saw 76 primary school girls, from 3rd- 6th class, kick start the work. Here they were separated into their teams, mixing the schools together, creating a unique team name and designing their own team flag. Each student also received a skill log book to track their progress on the skills of the game over the coming weeks. 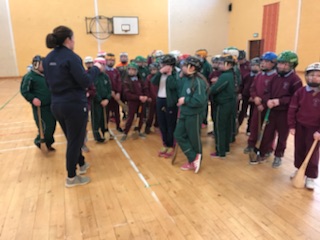 Teams will play 10 a side indoor games on a league format, while the waiting teams get coached on specific skill stations on the school grounds. We look forward to the coming weeks and hope to end on a day of fun, games and surprises. Many thanks to the schools and the teachers (Ms.Quinn and Ms.Walsh) for their support and the club coaches who are assisting in the initiative, which is hugely important in maintaining a strong club/school link.
Meath Camogie Goalkeeping Session and Coaches Workshop
Meath Camogie recently held an Expert Goalkeeping Workshop led by David Herity, former Kilkenny Goalkeeper and current Dublin Camogie Manager at Drumree GAA. This practical workshop was aimed particularly at goalkeepers from u14 years up to and including adult, to impart the skills of goalkeeping, an area that is widely recognised as not receiving adequate coaching attention. 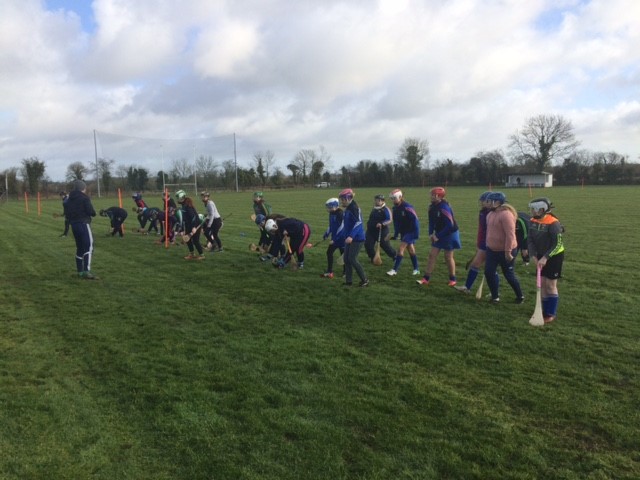 24 goalkeepers and 8 coaches took part in what was an excellent session that opened up the specialist techniques and coaching knowledge of this playing position to the participants and coaches. David’s advice from his own experience and a practical viewpoint and his innovative coaching ideas and tips added huge value to the workshop. 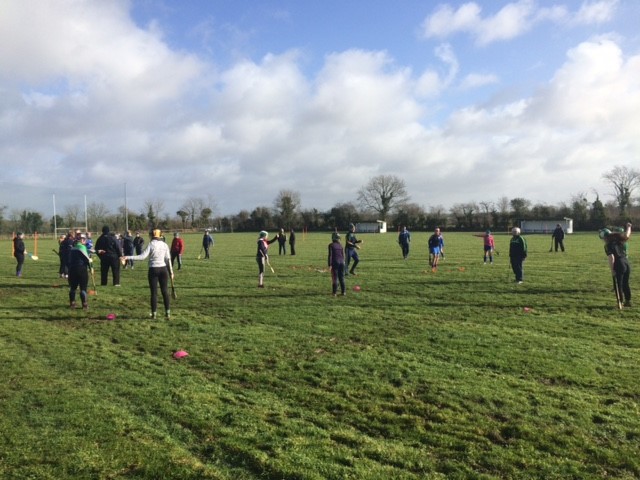 Coaching Matters Intercounty Development Academy Workshop
A Coaching matters intercounty development academy workshop was held in Abbottstown, Dublin on Saturday, 17th February.
There was a great turnout of 21 coaches and county development officers from across Leinster. Eimear McCarthy Dublin senior player dropped in to talk about her own county experience, especially with development squads. She also talked about the female athlete. This was a really positive workshop with another taking place on Saturday 24th February 11am to 2pm in Mallow. 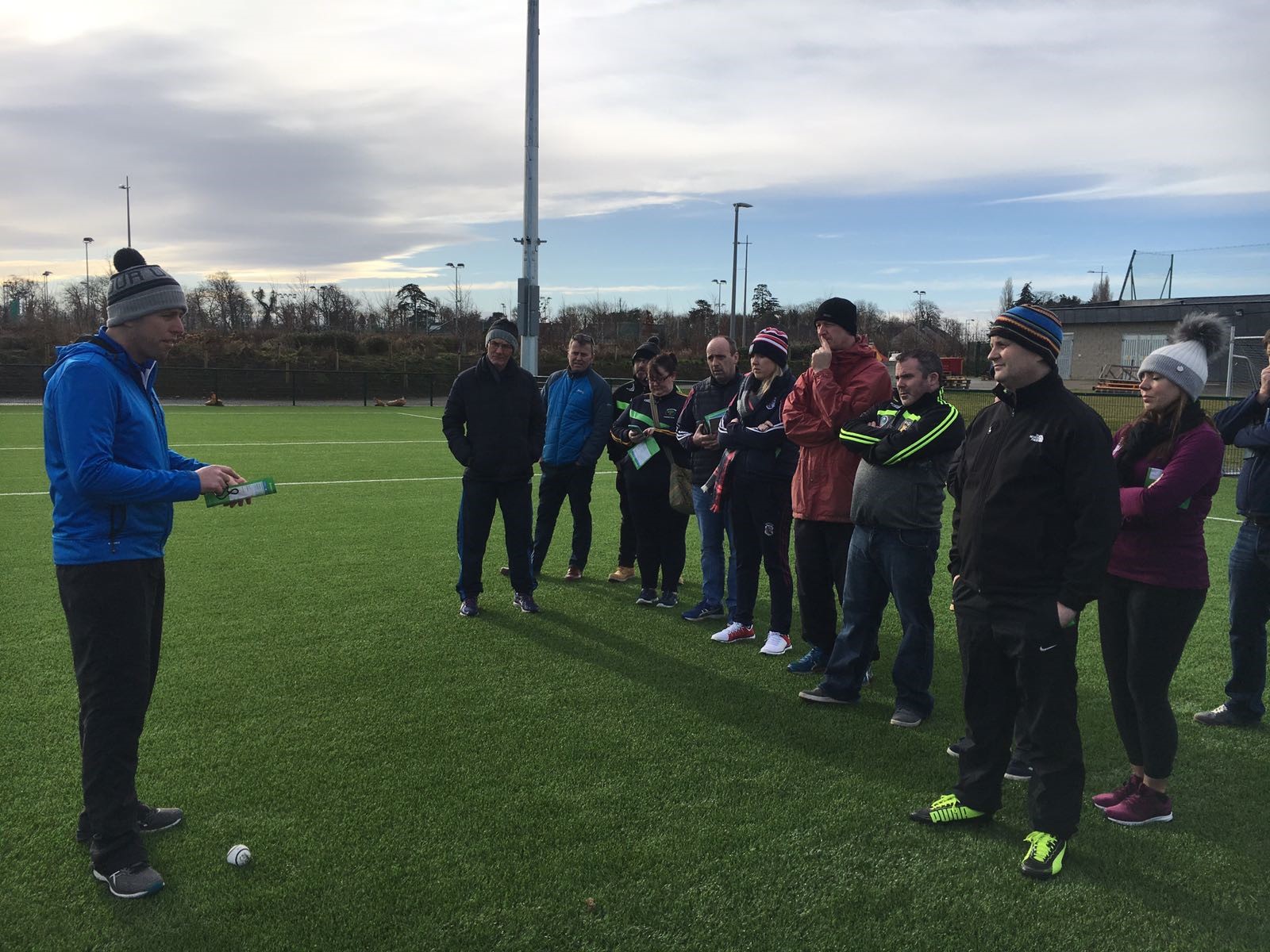 Galway busy with Training Courses
There was a Level 1 coaching course ran in Carnmore, Galway on Friday, Feb 3rd, 4th and 10th. In total 17 coaches from all over the county successfully completed the course. Many thanks to Carnmore for providing their facilities over the 3 days. Special thanks to our tutors – Ger Cribbon and Lizzy Brodrick.
A Foundation Camogie course was ran in Roscommon on Saturday, Feb 17th in St. John's hall Lecarrow. Many thanks to those who attended the course and to tutor David Carroll.
A Connacht Level 1 coaching course commenced in the Connacht Center of Excellence on Friday, Feb 23rd, 24th and March 3rd. Coaches from Mayo, Roscommon and Galway were in attendance.
General officer training took place in the Claregalway hotel on Wednesday, Feb 7th and was well attended.
Claremorris GAA club hosted a joint hurling/camogie foundation course on Tuesday, Feb 20th from 7 – 10pm and Tuesday, Feb 27th which was a great success.
Kilkenny Host Successful Foundation Course
A full foundation course was completed on Saturday 17th February in Firoda NS, Castlecomer, Kilkenny delivered by our two tutors, Ted Walsh and Lizzy Broderick. This day had 24 coaches from five clubs in the surrounding area come together and was encouraging to see as Erin’s Own, Castlecomer are one of the newest clubs in Kilkenny. 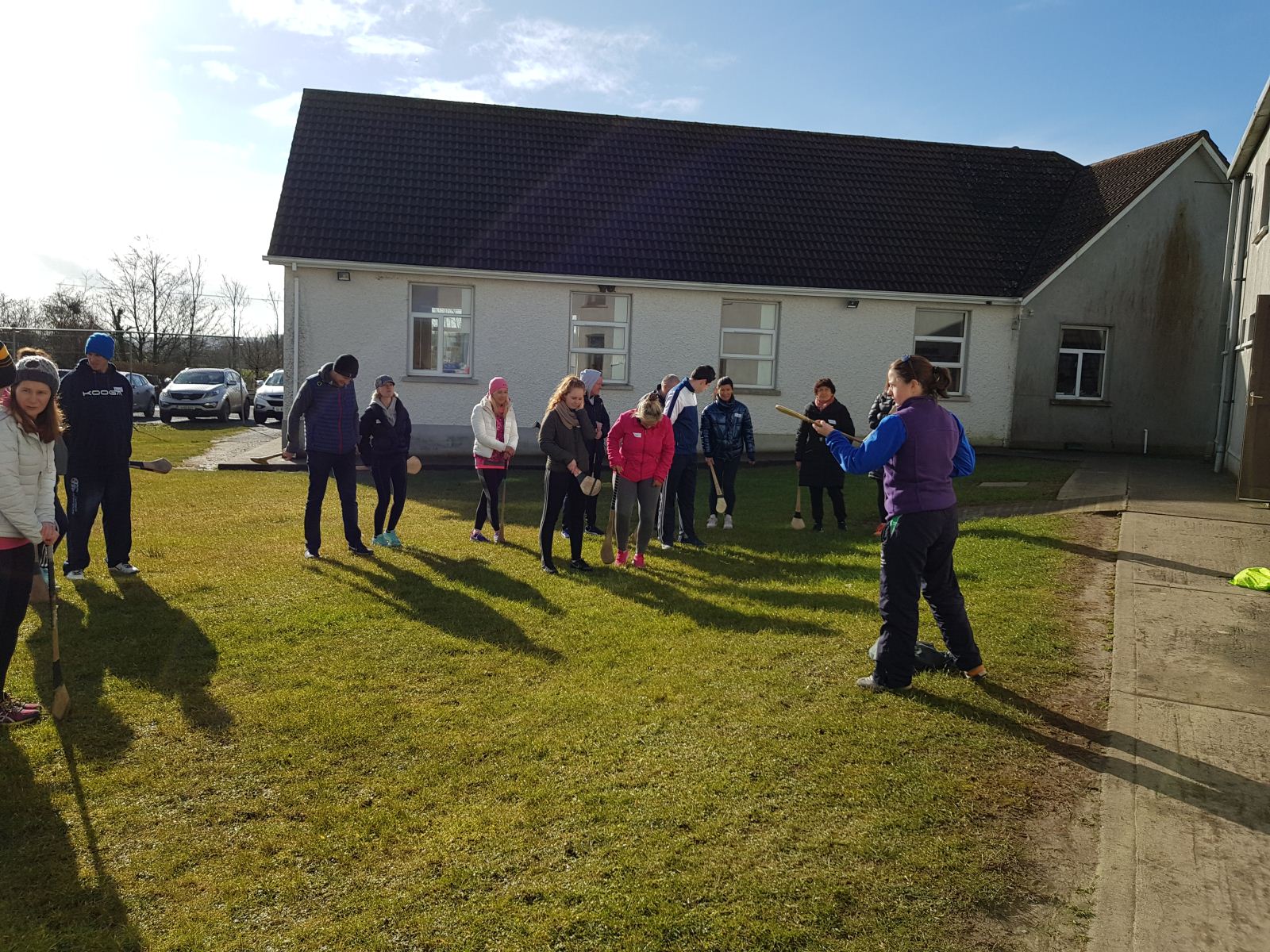 Congratulations to those who took part and we look forward to seeing you on the side-lines in 2018. Another Foundation course was run in South Kilkenny on Saturday 24th February in Piltown.