Latest
Saturday October 29th in Croke Park
Male and female GAA players aged 12 – 21 years are invited to apply.
Would you like to improve your performance as a player? Would you like to learn how to balance the demands of sport and study? Would you like to get inside the minds of some of the top Inter-County players in the country? If so, apply to attend the FREE #GAAyouth Forum!
Pictured avove members of Windgap and St.Brigids Camogie clubs who attended the #GAAyouth Forum in 2015.
The #GAAyouth Forum is designed by young players, for young players. The Forum will be fun and informative with a mix of interactive exhibitions, workshops, high profile players and a Q&A session.
For more details see:
http://www.gaa.ie/my-gaa/getting-involved/gaa-youth
How to Apply
200 delegate places are up for grabs for male and female players in two age groups: 12 – 15 and 16 – 21. The online application process is now OPEN and there are two ways to apply:
Online Application by an Individual
Online Application by a Club
Both the forms are available on the links below. The closing date for applications is Friday 7th October and successful applicants will be informed by Friday 14th October. Once an individual or Club receives confirmation that the application was successful, the delegate will be asked to supply a parental consent form (under 18's only).
APPLICATION BY AN INDIVIDUAL: https://goo.gl/forms/Zxx60XRnB3fofz8p2
APPLICATION BY A CLUB: https://goo.gl/forms/PD2u4DpJG8ucHKb13
In other Development News this week…..
·         Beach Blitz in Blackrock, Louth
·         Month of Coach Education in Derry
·         Kildare Camp a huge success!
·         200 girls at Tralee Parnells Big Blitz
Beach Blitz in Blackrock, Louth
Blackrock Camogie held their end of summer blitz on the beach in Blackrock, Louth. 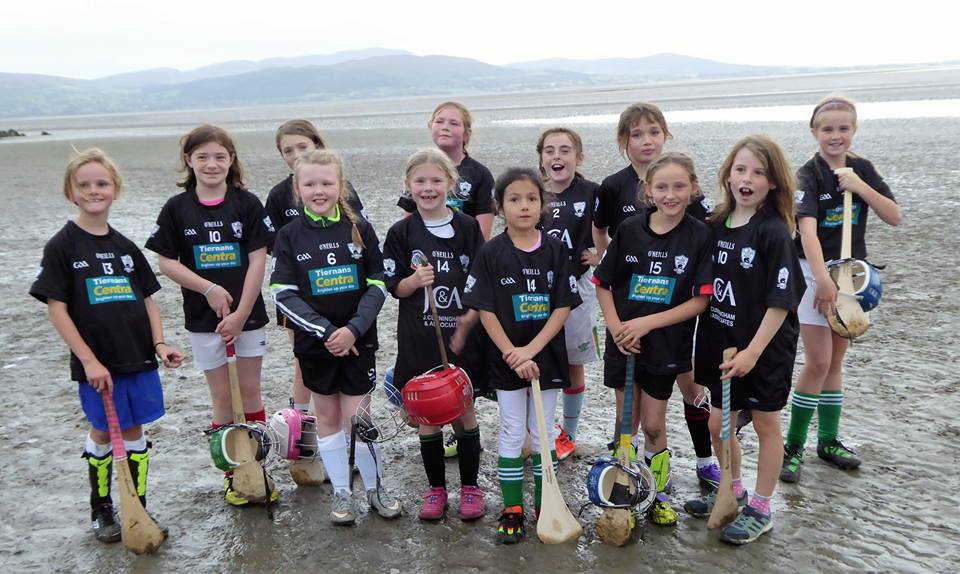 Group of players from Blackrock, Louth
Month of Coach Education in Derry
Derry kick of a month of coach education course for all volunteers in the county. The first course was a fundamentals course held in Newbridge with over 30 coaches attending the course. The next course is entitled ‘Attacking play for U14’ and ‘Striking to Score’ in Greenlough on September 20th. For more information contact Clare Dowdall on clare.dowdall@camogie.ie 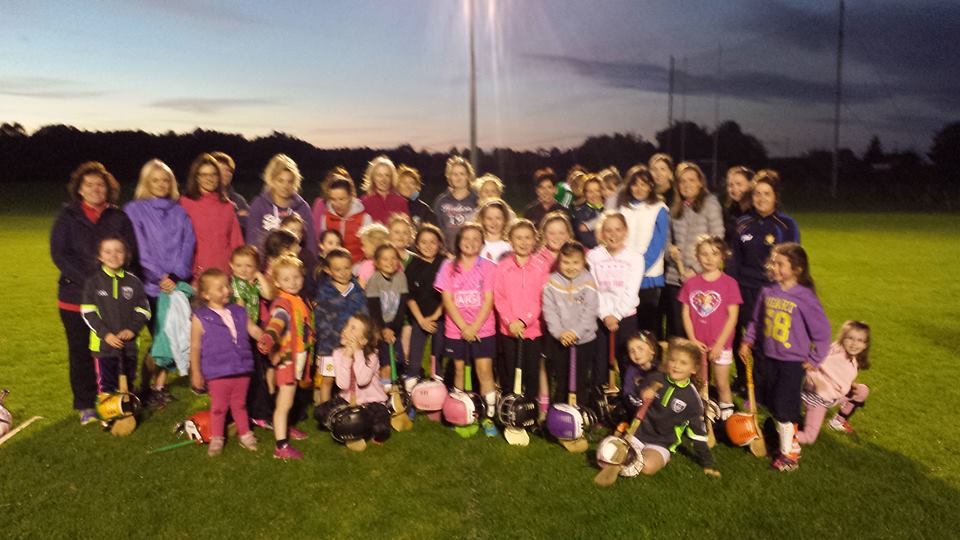 Group involved in Fundamentals course in Derry
Kildare Camp a huge success!
Kildare recently held a superb ‘Campa Chamógaíochta Chill Dara 2016’ at Naas GAA club. The 3 day camp was designed to focus on skills development while ensuring all participants had fun. The coaches were chosen from the county intermediate, minor and u16 squads. 90 girls aged 6-13 years attended the camp. 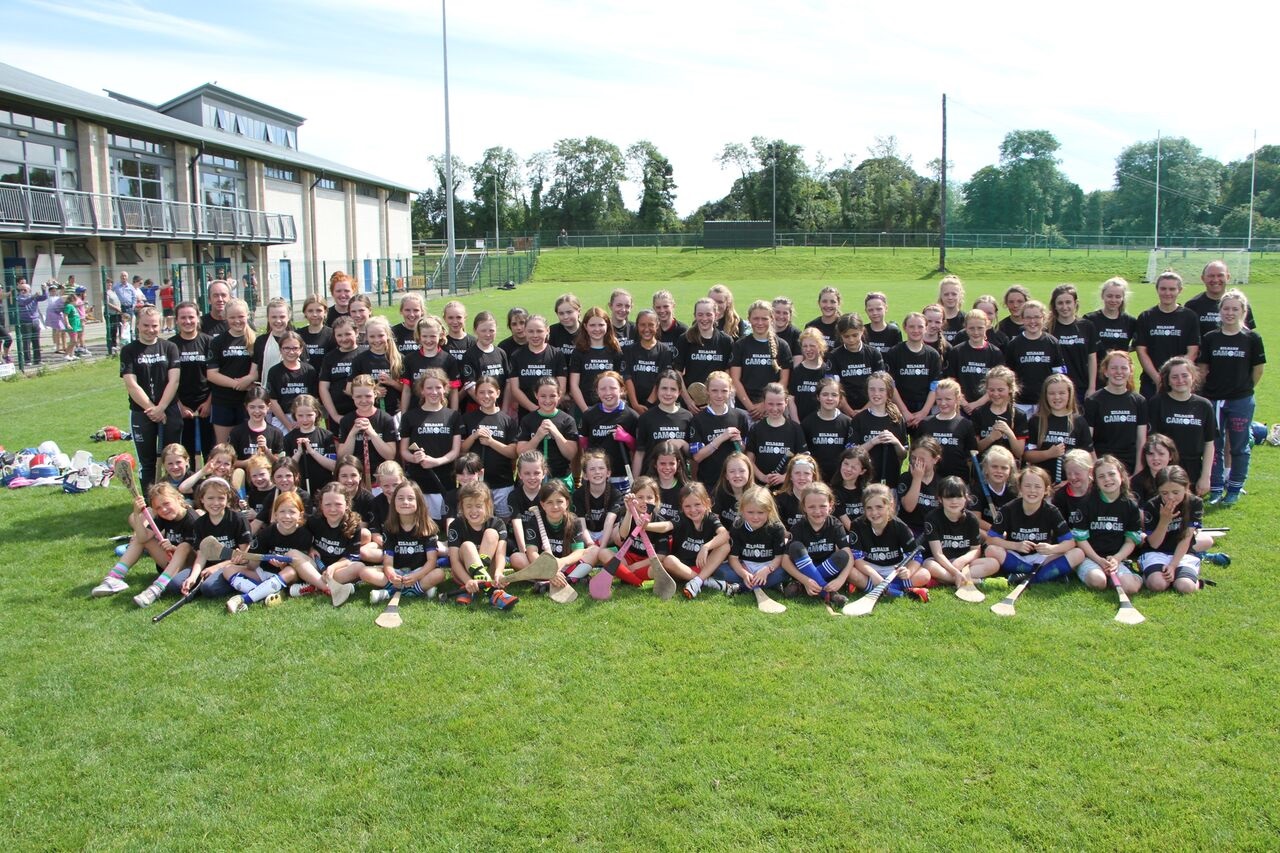 Group of 90 particpants at Kildare camp 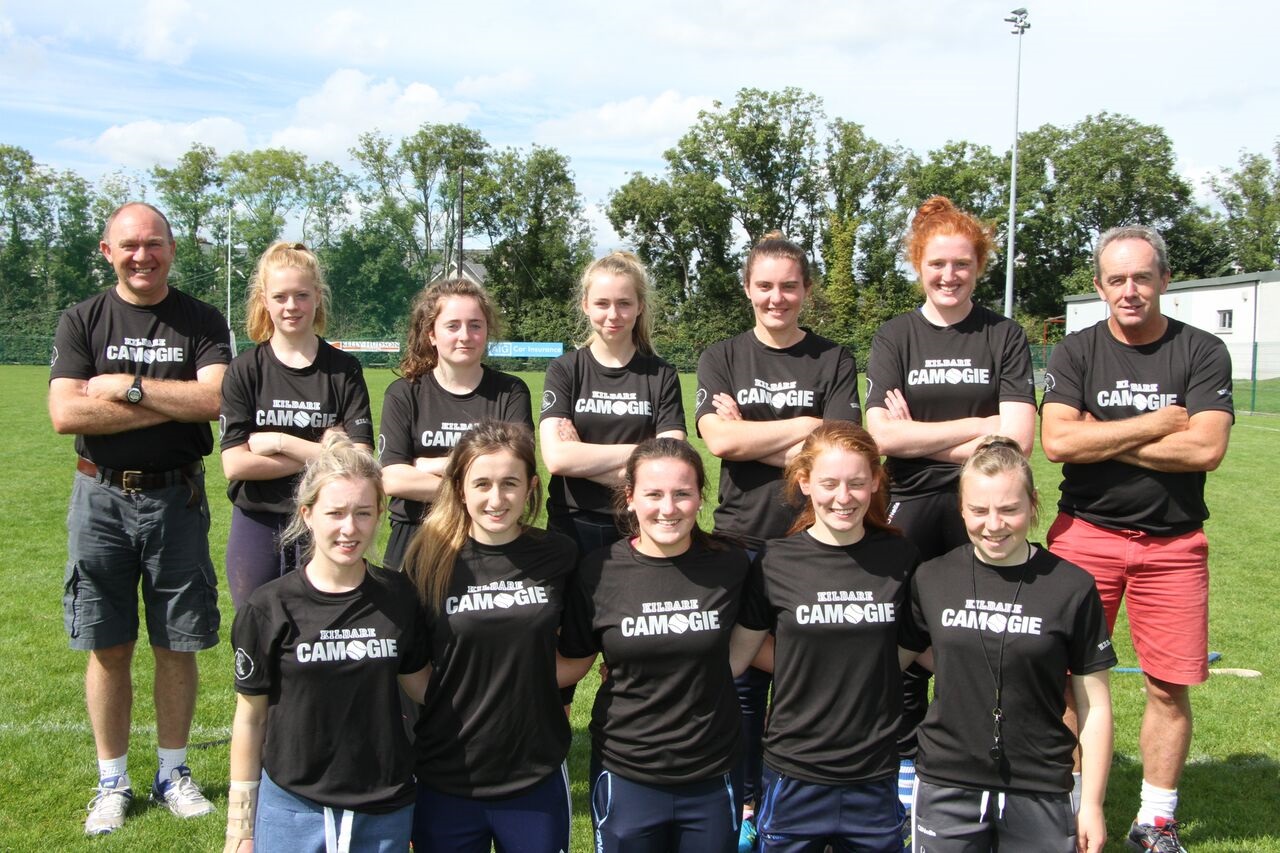 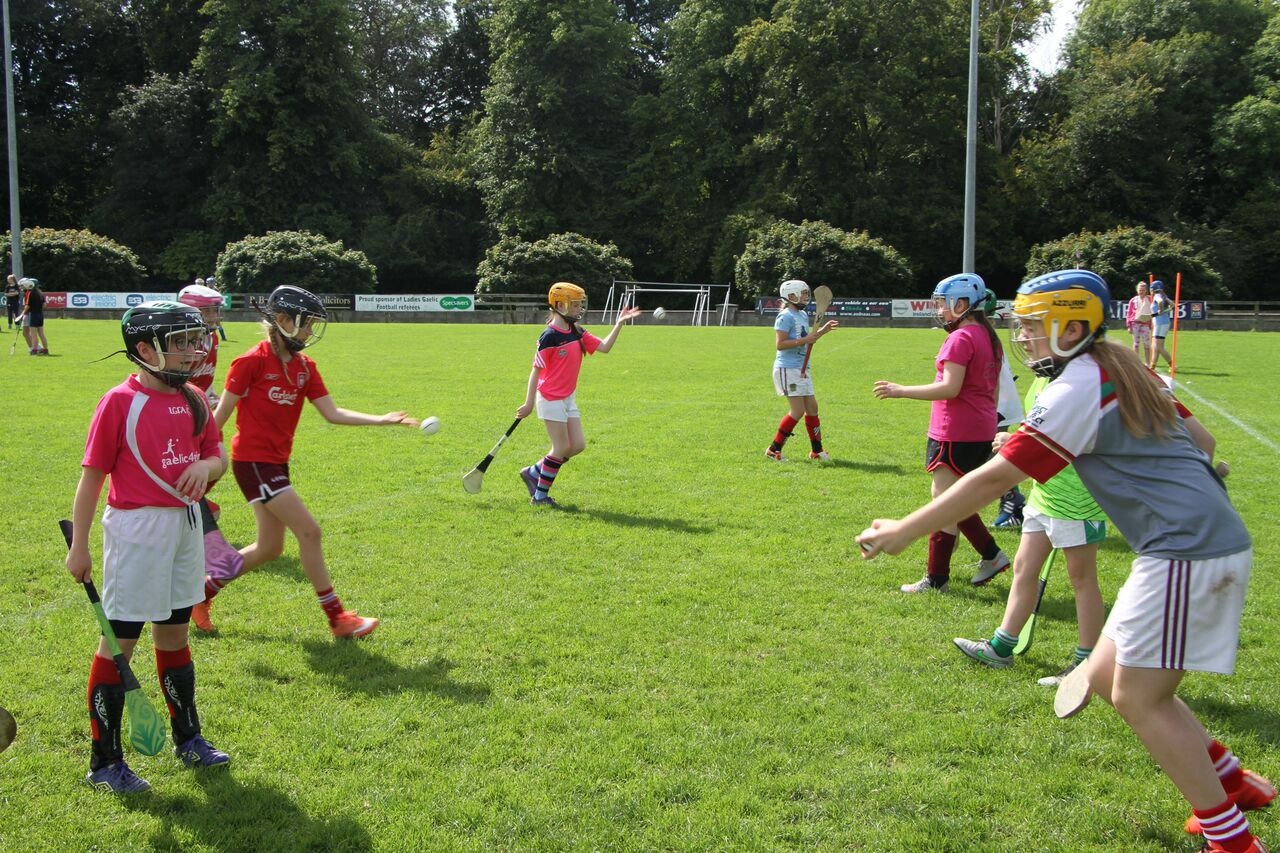 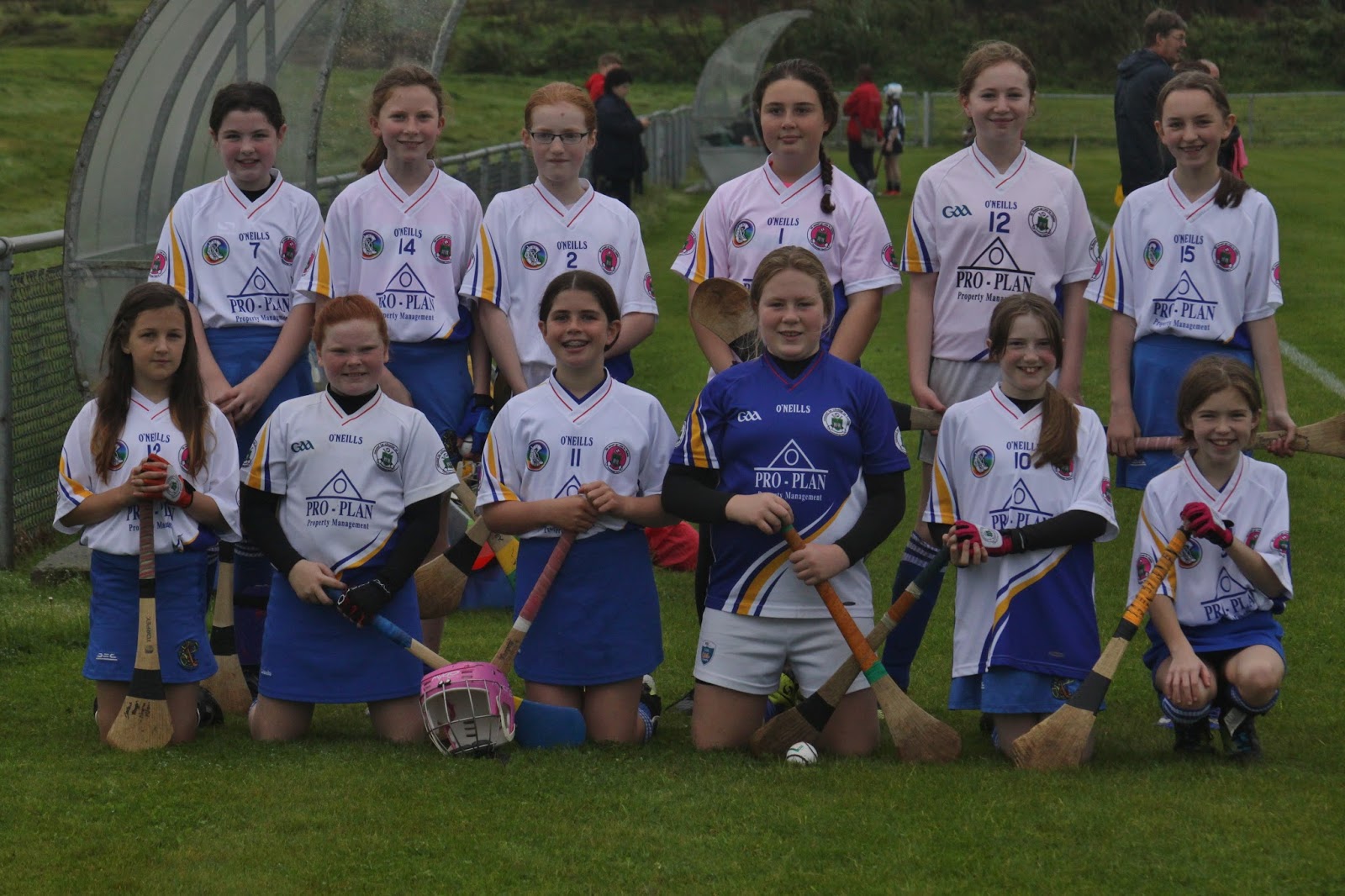 Tralee Parnells team
Parteen took home the coveted Tralee Parnells "Give Respect-Get Respect" Award for the sporting conduct of their girls and boys teams both on and off the field.
As part of the GAA National Healthy Clubs Initiative, mental health tips were given to all teams by Jigsaw Kerry representatives, and healthy eating was promoted with an array of wholesome food served all day. 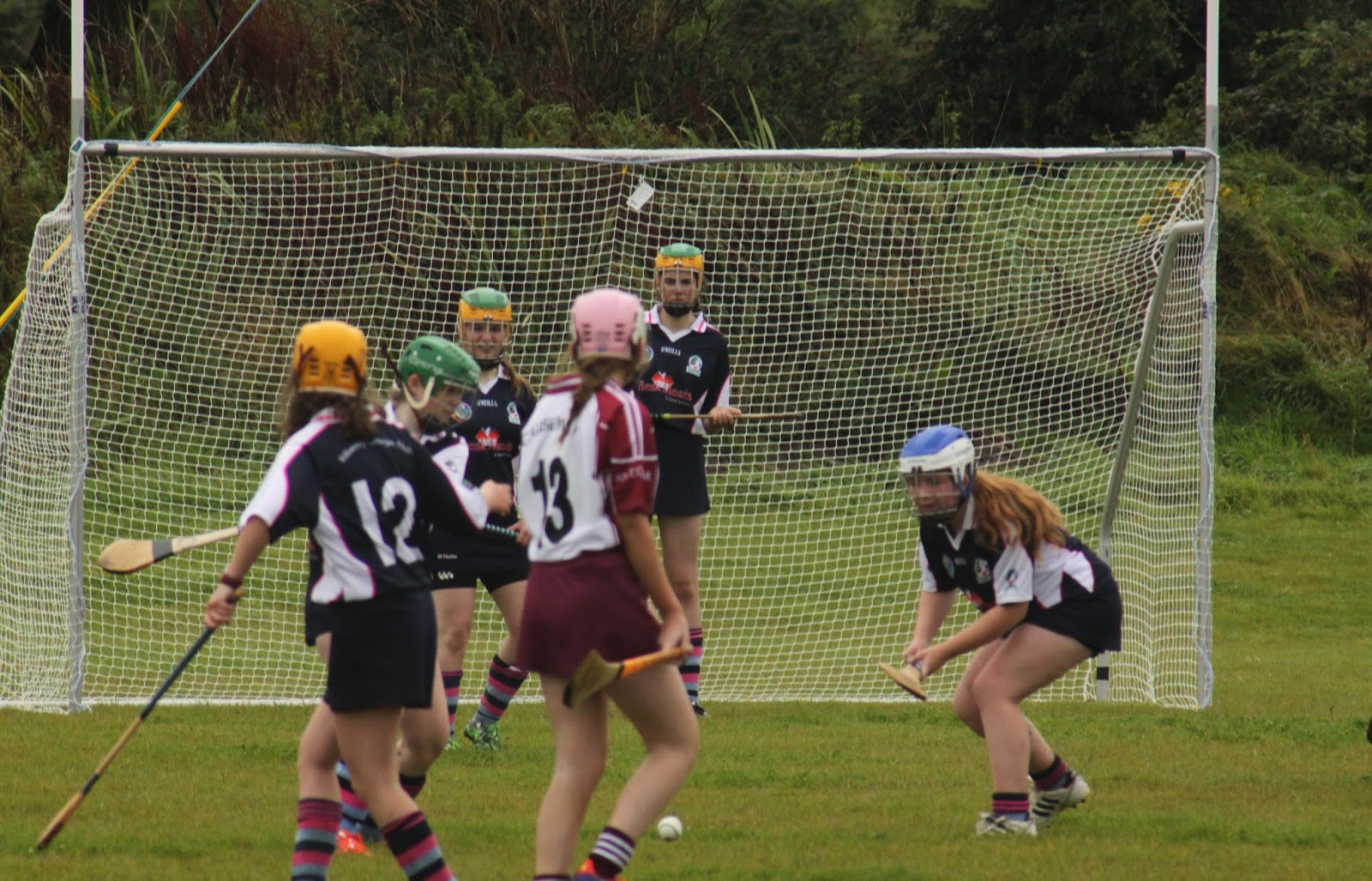