‘Have a Go’ Monaghan

‘Have a Go’ Monaghan

Latest
140 girls from Monaghan, Louth and Down schools took part in ‘Have a Go day’ at Cloghan, Monaghan Centre of Excellence. Largy College, Our Ladys, St Louis and Castleblayney Colleges from Monaghan, St Marys Newry, Down and Ardee Community College, Louth all attended the event. The girls all participated in mini-games over the two hours. All the players demonstrated the basic skills of game and it is now hoped that the schools will join in college competitions and have regular games to compete in.
Other development news this week include:
·         Carlow Gala Go Games Blitz
·         Mayo secondary school bLitz
·         Mini Games at League Finals
·         Hurl with Me Programmes – update
·         Armagh & Down Workshop
·         Clare Under 14 Blitz
Carlow Gala Go Games Blitz:
The first Regional Go Games Blitz in Carlow was held in the Netwatch Carlow GAA Training Centre in Fenagh. Compliments to all coaches from the participating clubs Ballinkillen, Burren Rangers, Myshall, Mount Leinster Rangers, Muinebheag, Naomh Brid and Setanta. Thanks also to the referees Ali, Michelle, Shannon, Orla, Anna and Kevin and Carlow GAA for use of Training Centre. 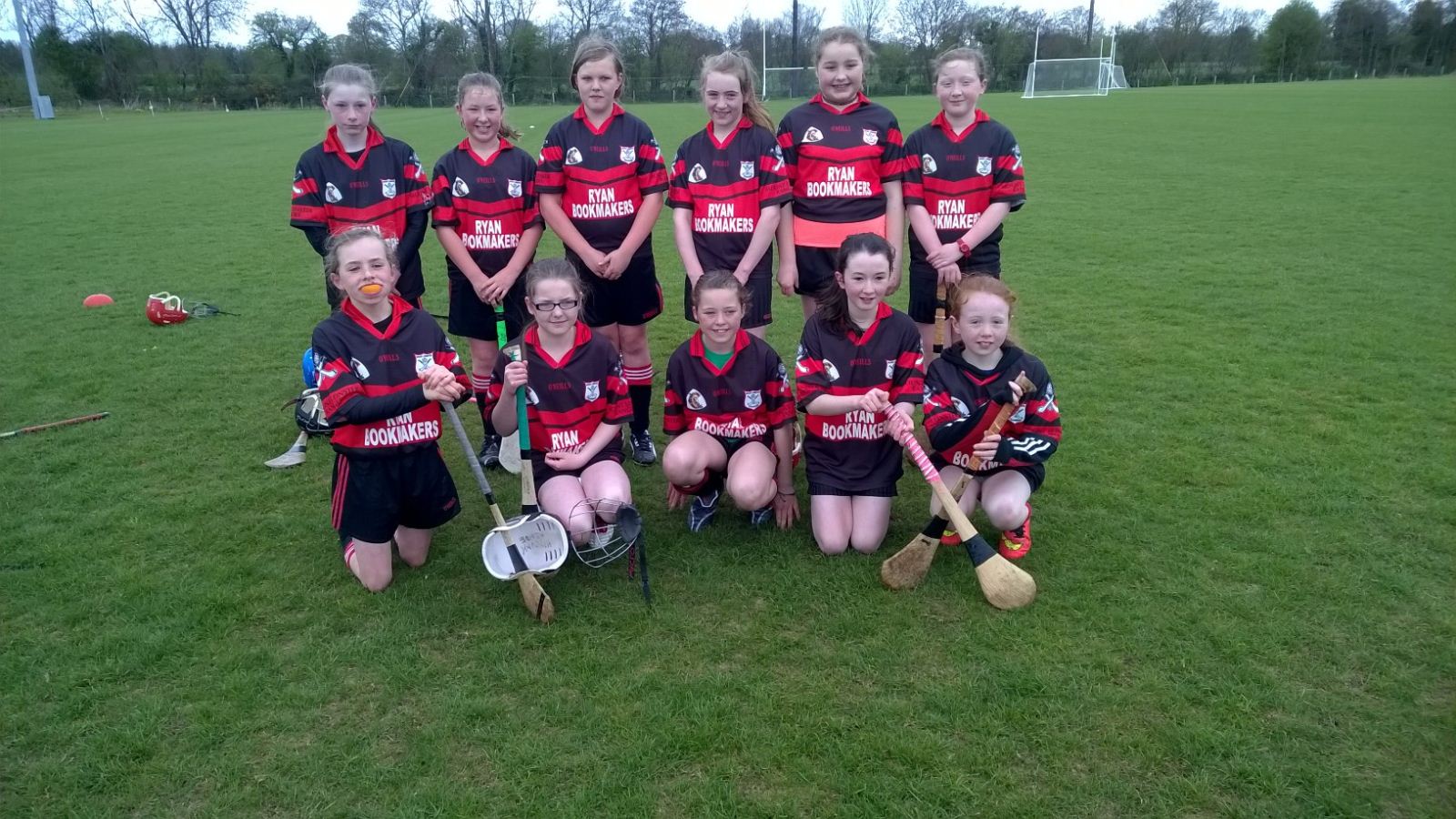 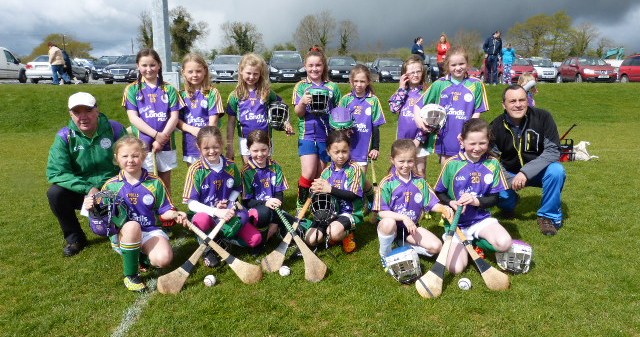 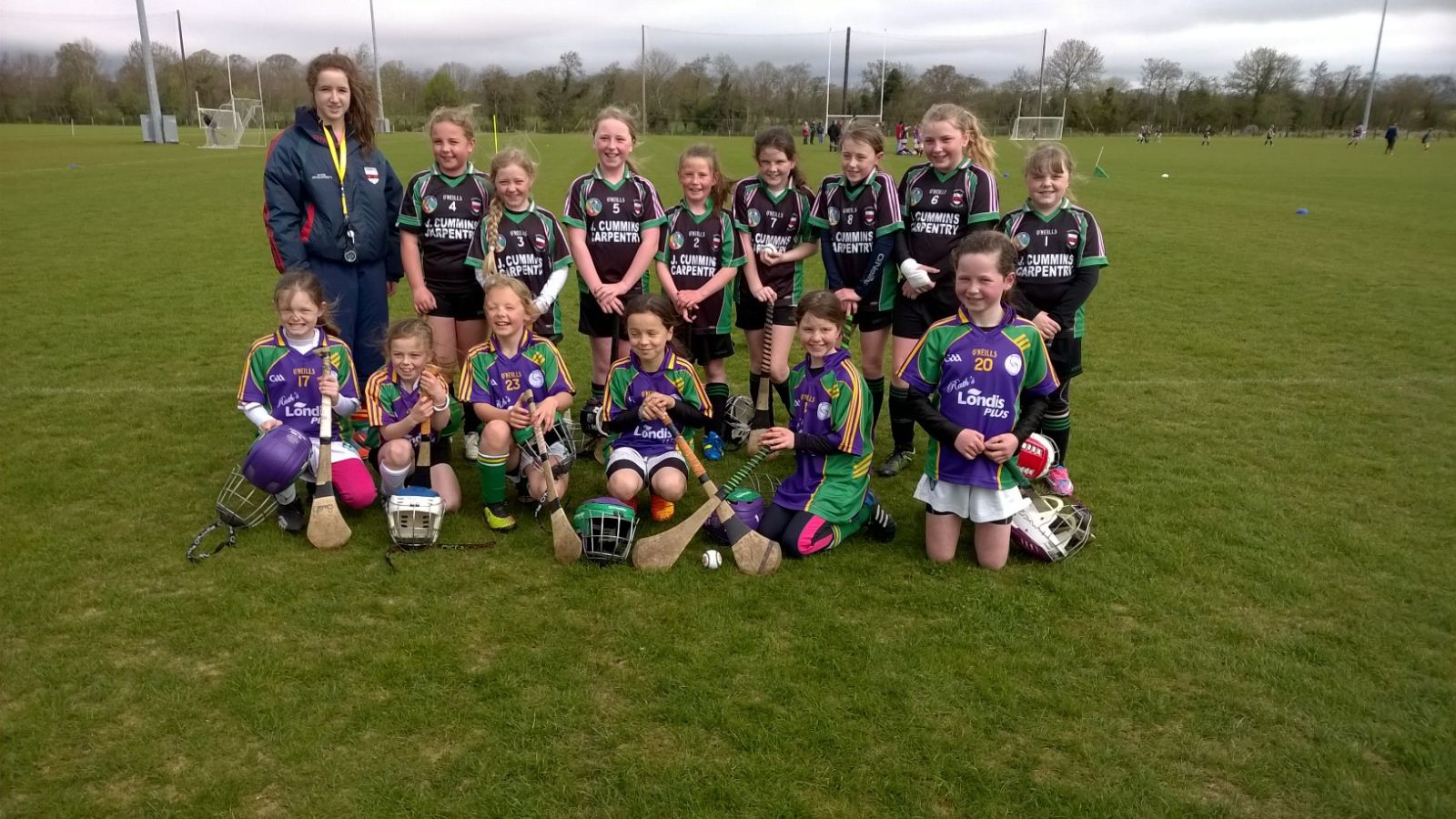 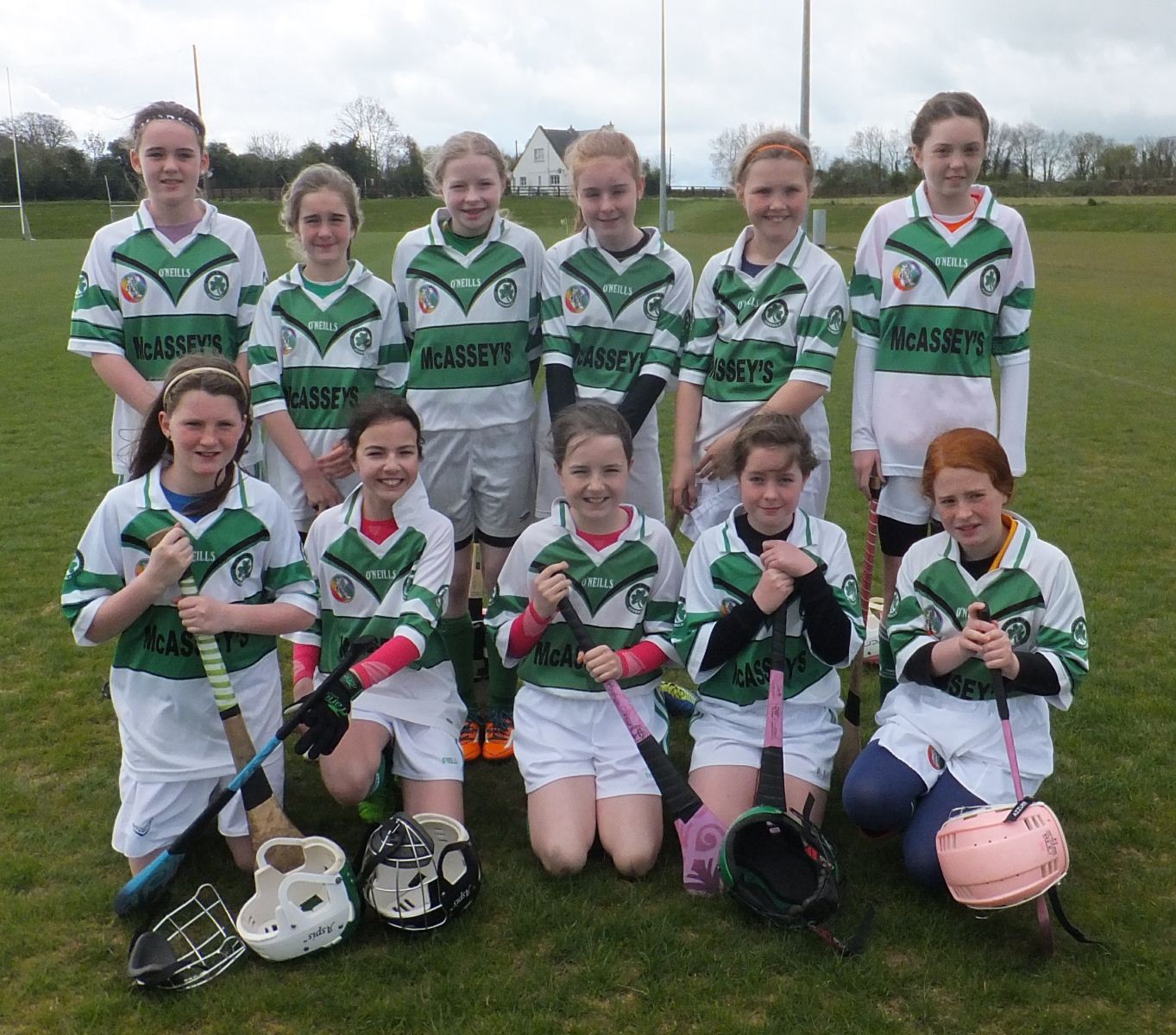 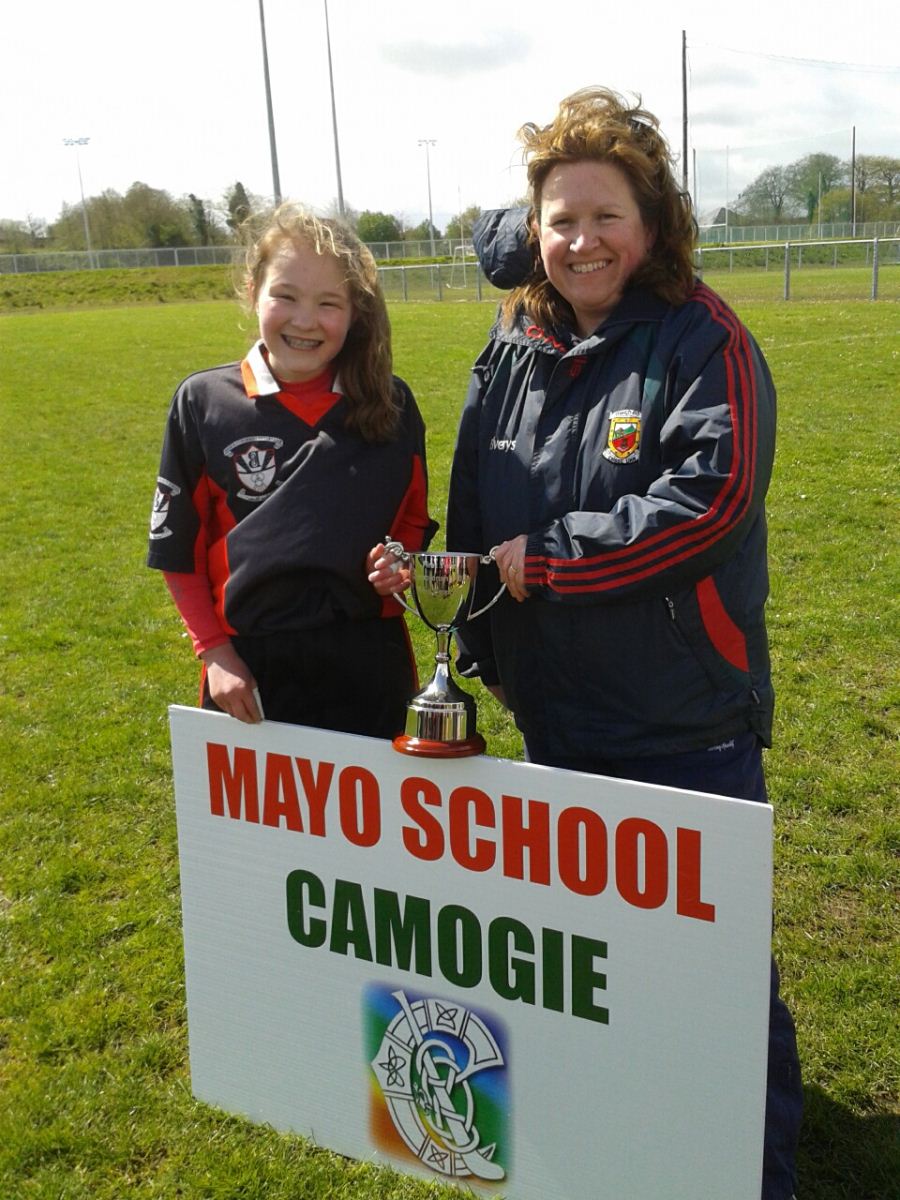 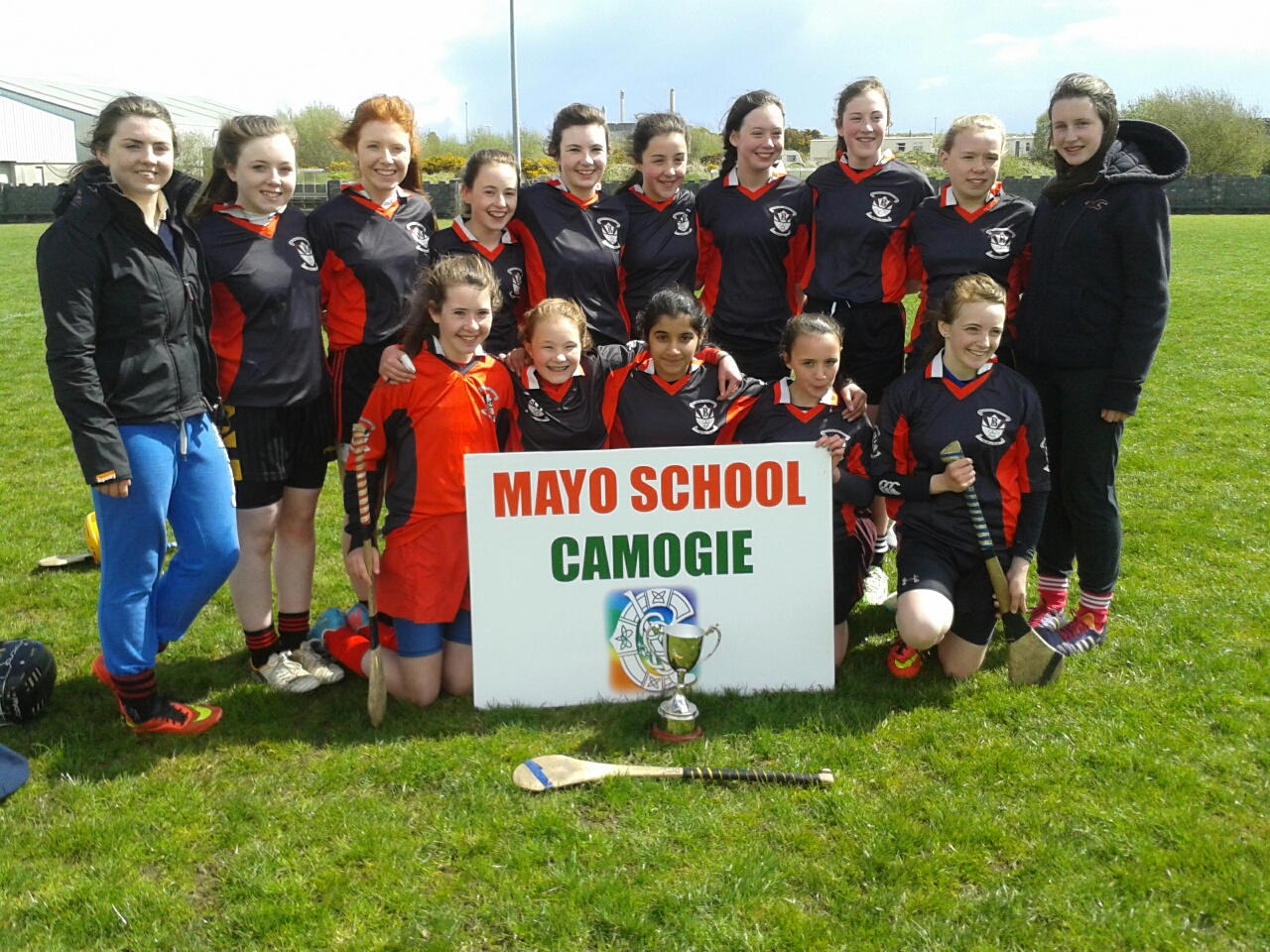 Ballyhaunis winning team
Mini-Games at League finals:
On Saturday the 2nd of April 4 under 12 club teams took part in mini-games at half time of the division 2 National league final between Waterford and Laois.
Laois teams:Clonad Camogie Club, Naomh Eamann Camogie Club
Waterford teams: Gailltir Camogie Club, Portlaw Camogie club
Thank you must go to the coordinator on the day Hilda Breslin for organising the event. 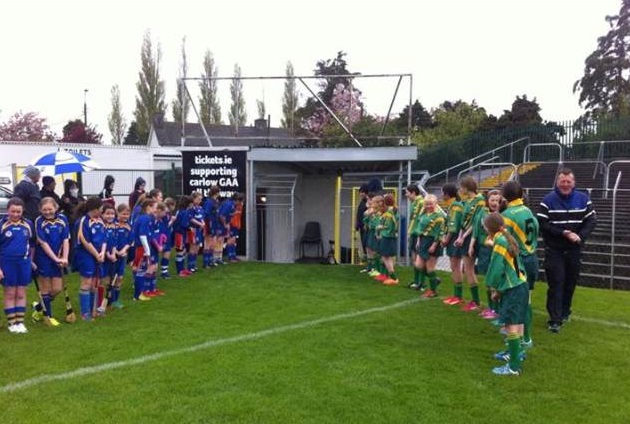 Guard of Honour at Waterford and Laois game 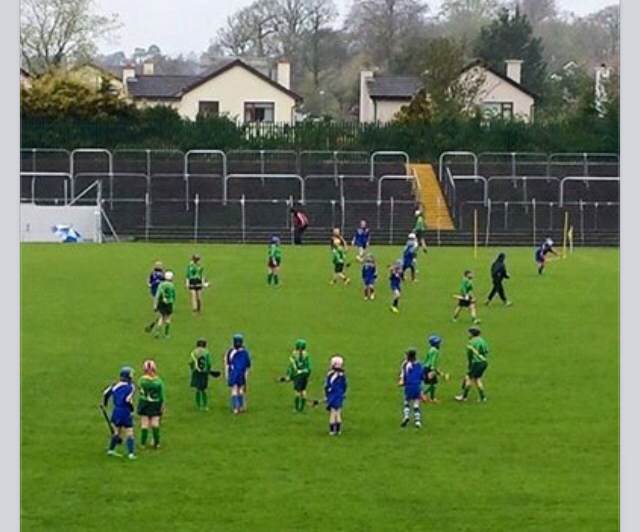 Action from mini games at Waterford V Laois final
Meanwhile at the Division 1 final in Semple Stadium, Ballinasloe under 12’s took on Newtownshandrum under 12’s at half time of the Galway and Cork final. 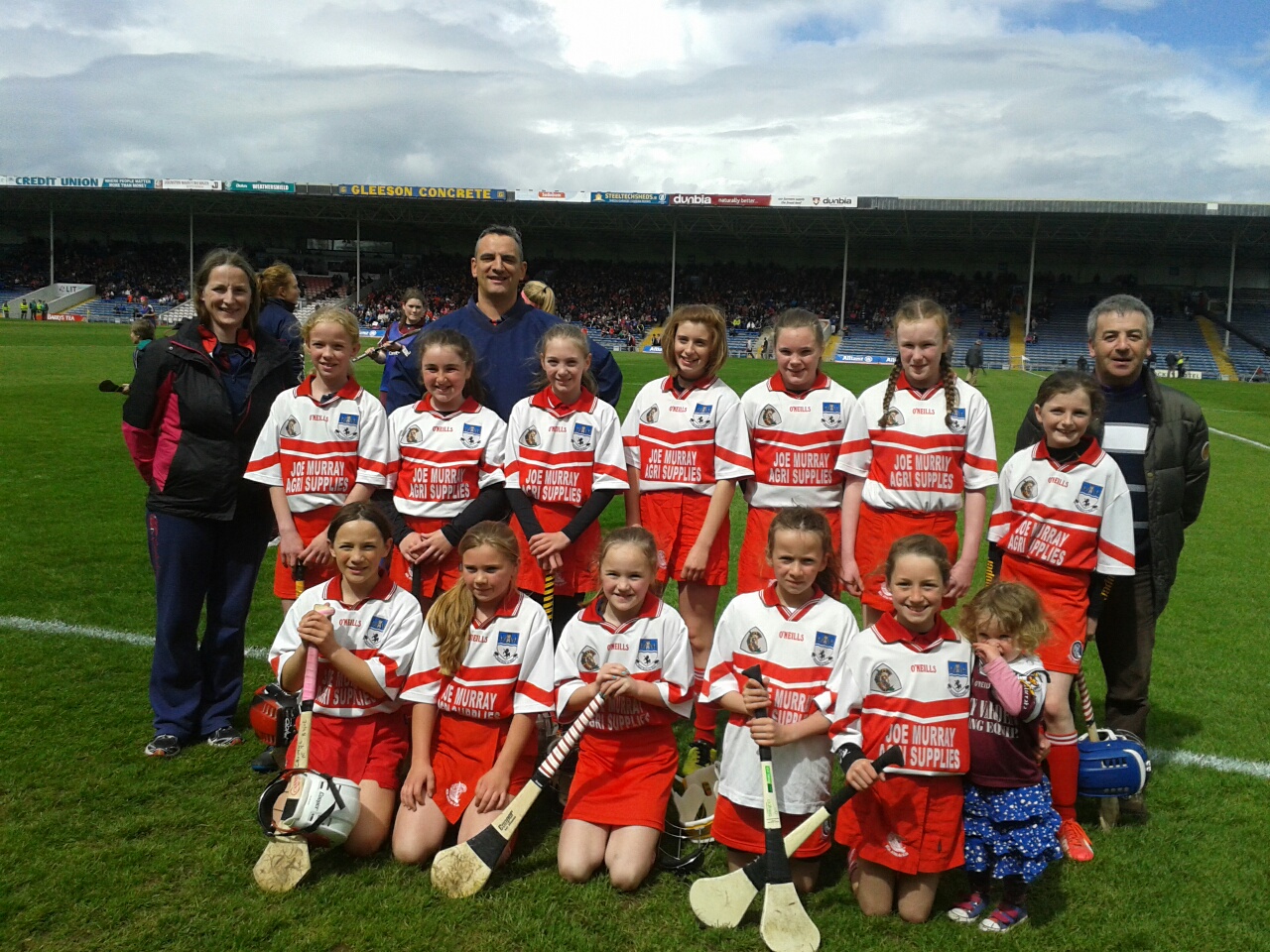 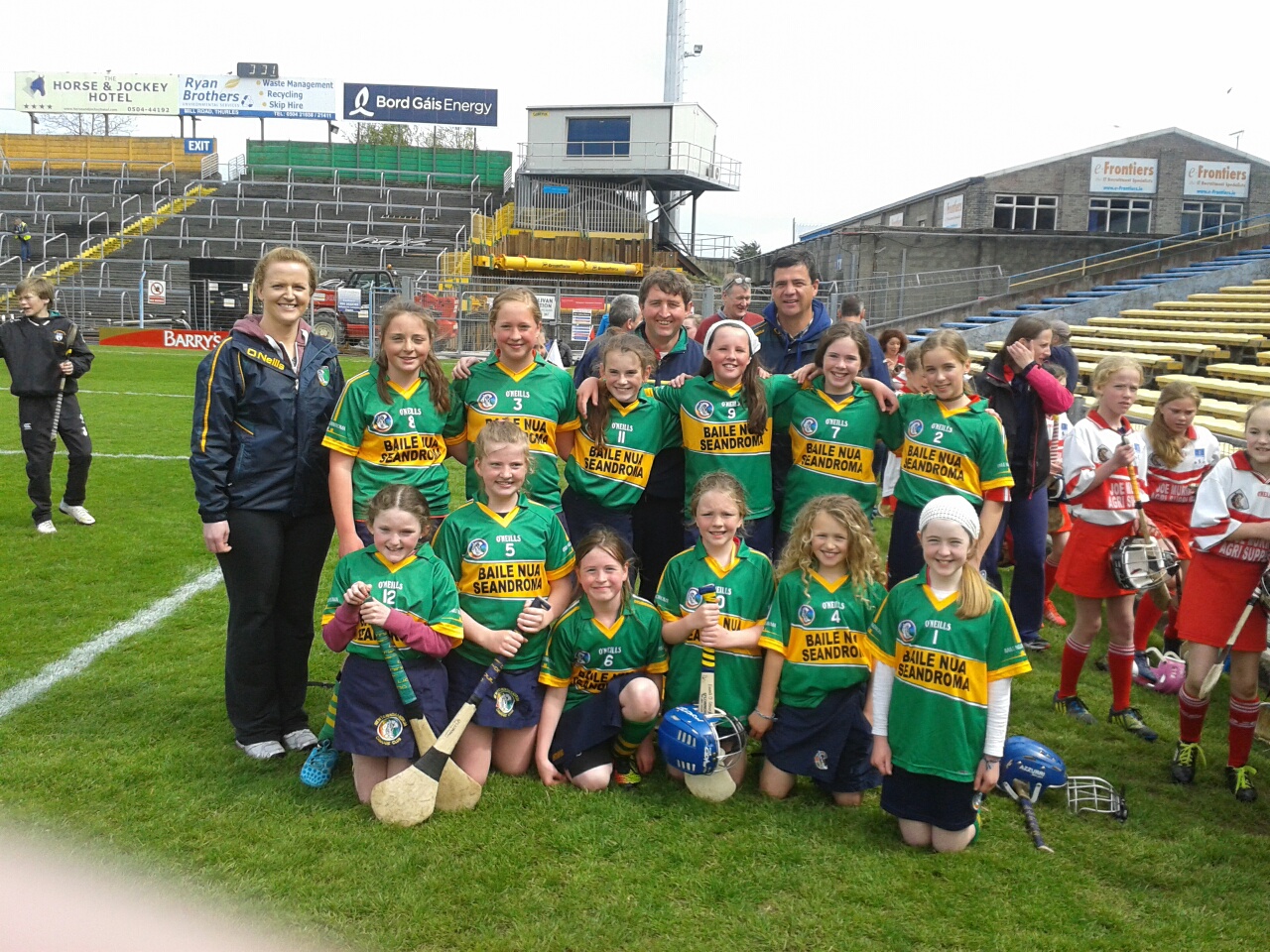 Newtownshandrum U12 Team
Hurl with Me Programmes- update
Omagh Tyrone
The second 'Come Hurl With Me' session for parents of Omagh St Enda's young Camogie and Hurling players took place at St. Patrick's Park on Friday last and was delivered by Tutor Declan Shelock. This is an unique programme designed to introduce parents to the basic skills of the game. The six week programme will culminate with a national event in Dublin in the summer. Any parent who would like to take part in future coaching sessions is invited along to St. Patrick's Park every Friday between 6pm and 7pm. For more photos from the session visit the following link – https://www.facebook.com/media/set/?set=a.897440326944728.1073742135.188645814490853&type=1 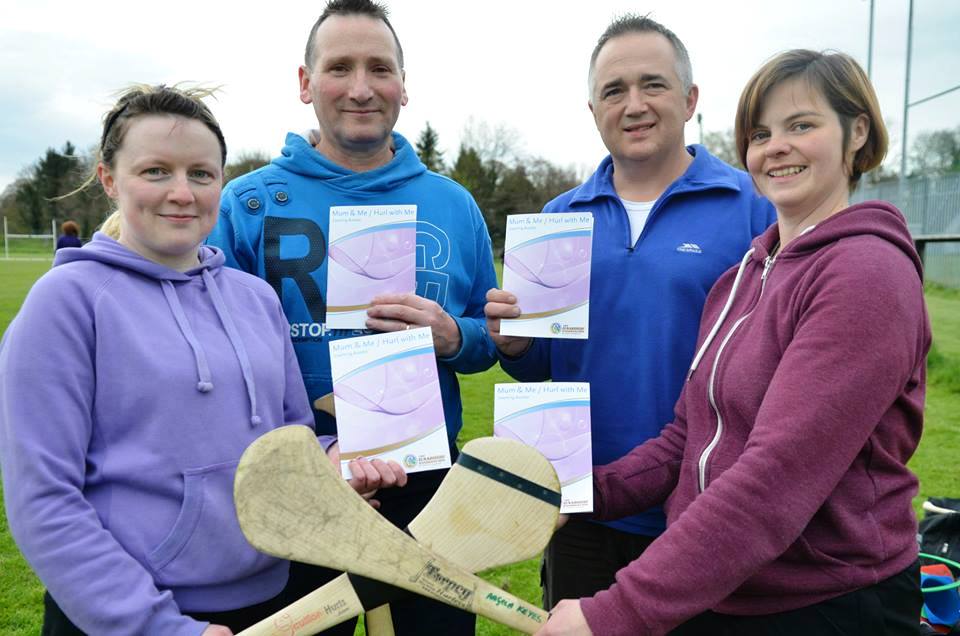 Omagh Hurl with Me Programme 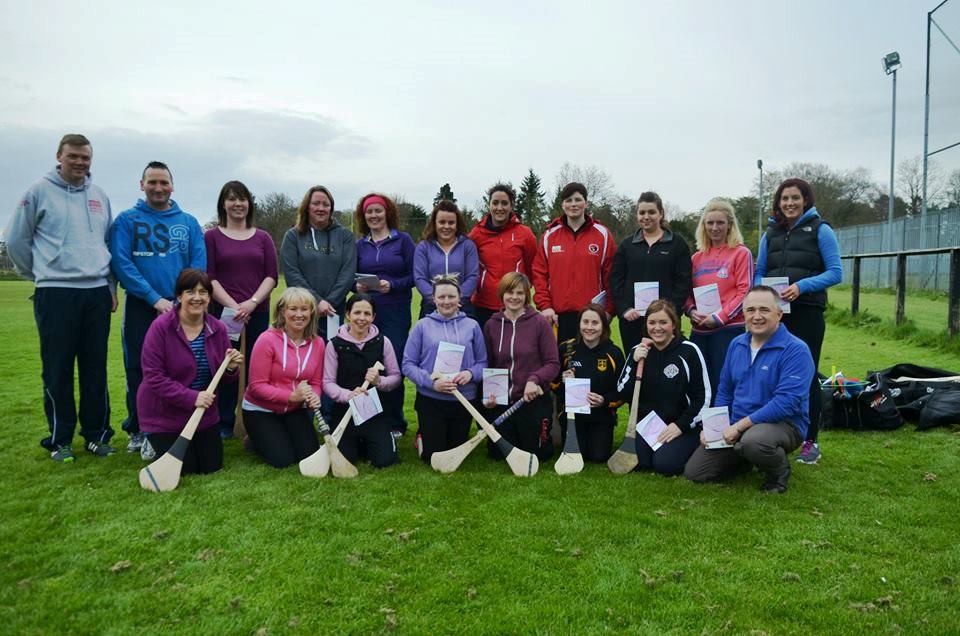 Omagh Parents
Kilcoo Down
The first Kilcoo 'Come Hurl With Me' session for parents of the young Kilcoo Camogie players took place at Kilcoo on Thursday evening 30th April and was delivered by tutor Martin McNeill. For more photos from the session visit the following link – https://www.facebook.com/CamogieDevelopmentInArmaghDownTyrone/posts/655497994585318 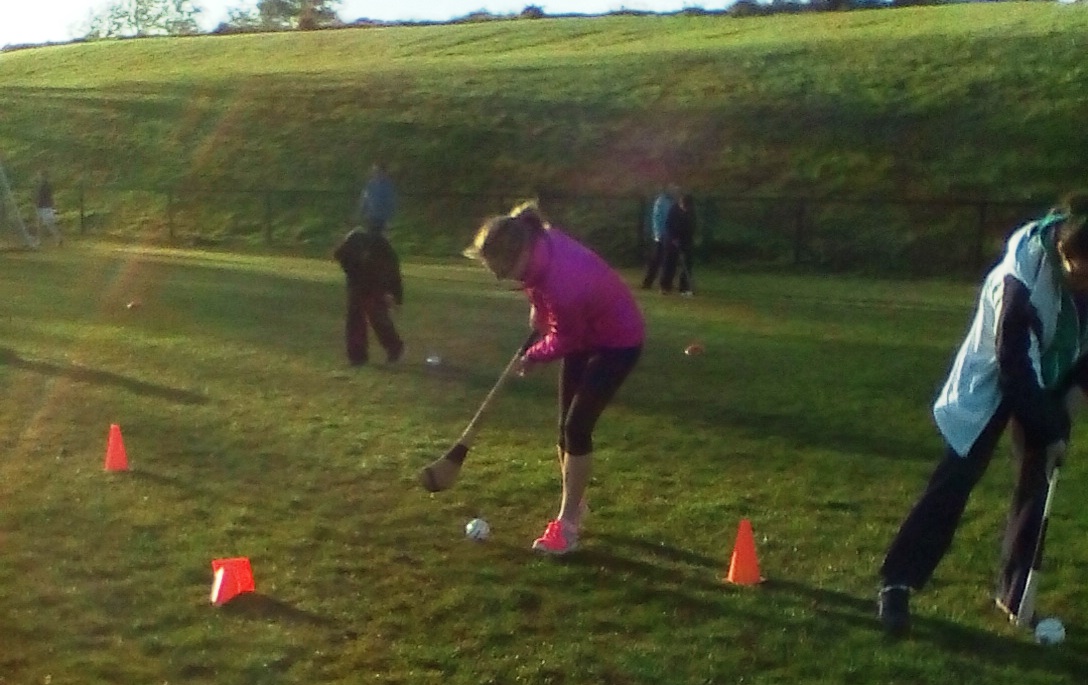 Kilcoo Hurl with Me Programme
Clooney Quin, Clare
Clooney Quin are currently completing their six week programme with tutor Orla Kilkenny.  For the last three weeks over 20 girls along with over 15 parents have been at the field working on learning skills of the game.
Any interested parents are asked to come along and give it a try. Girls and Parents are participating in Clooney Gaa field on Tuesday evenings 6-7pm, Come Hurl with Us! 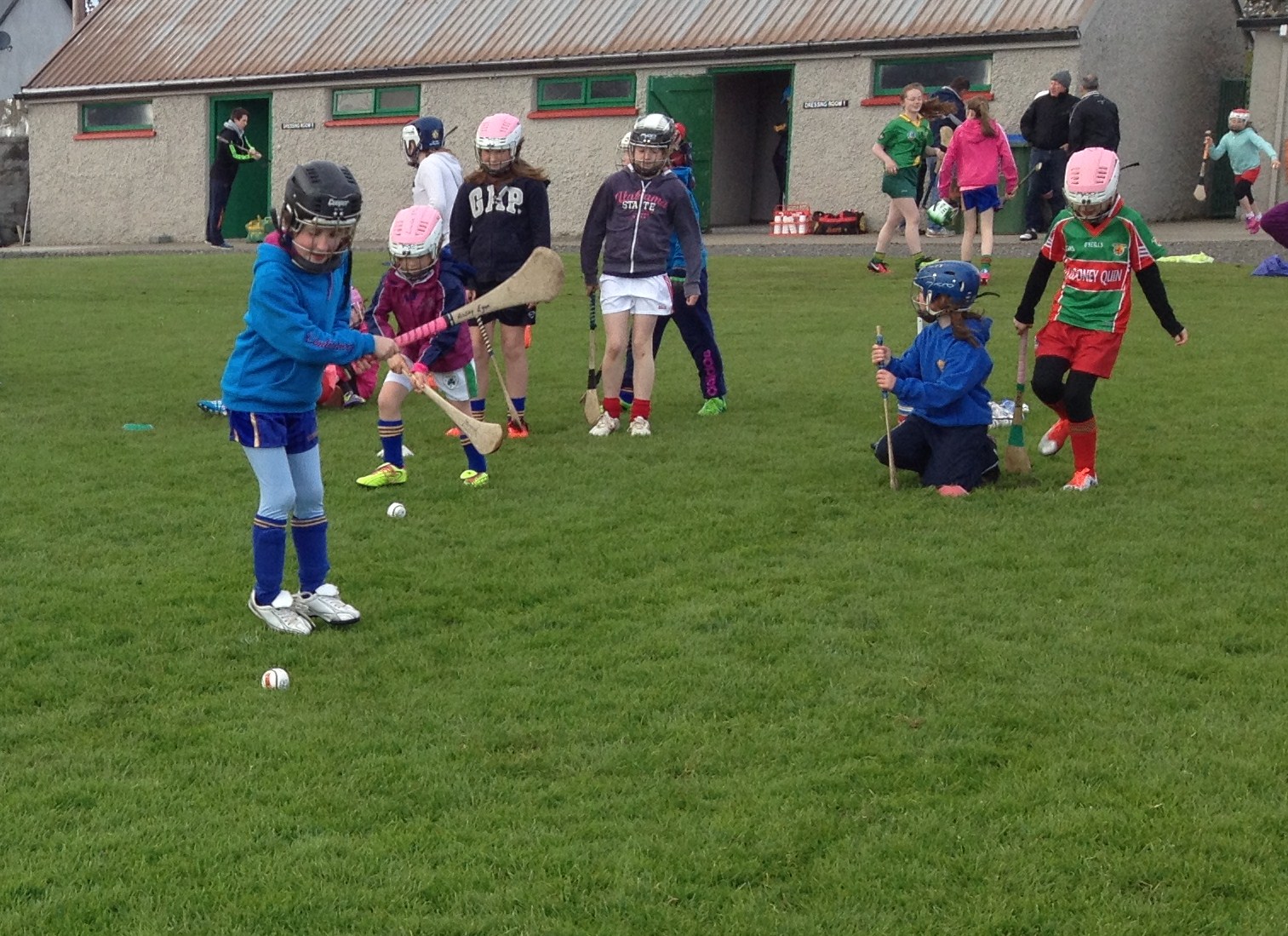 Clooney Quin Hurl with Me Programme
Armagh & Down Workshops
Armagh
Well done to the 11 coaches who attended the 'What to Coach U8s and U10s' workshop held in St Josephs High School, Crossmaglen, Armagh on the 21st April. Coaches from Crossmaglen, Killeavy, Ballymacnab and Camlough attended the workshop. Missing from the photo is Kimberly McManus. 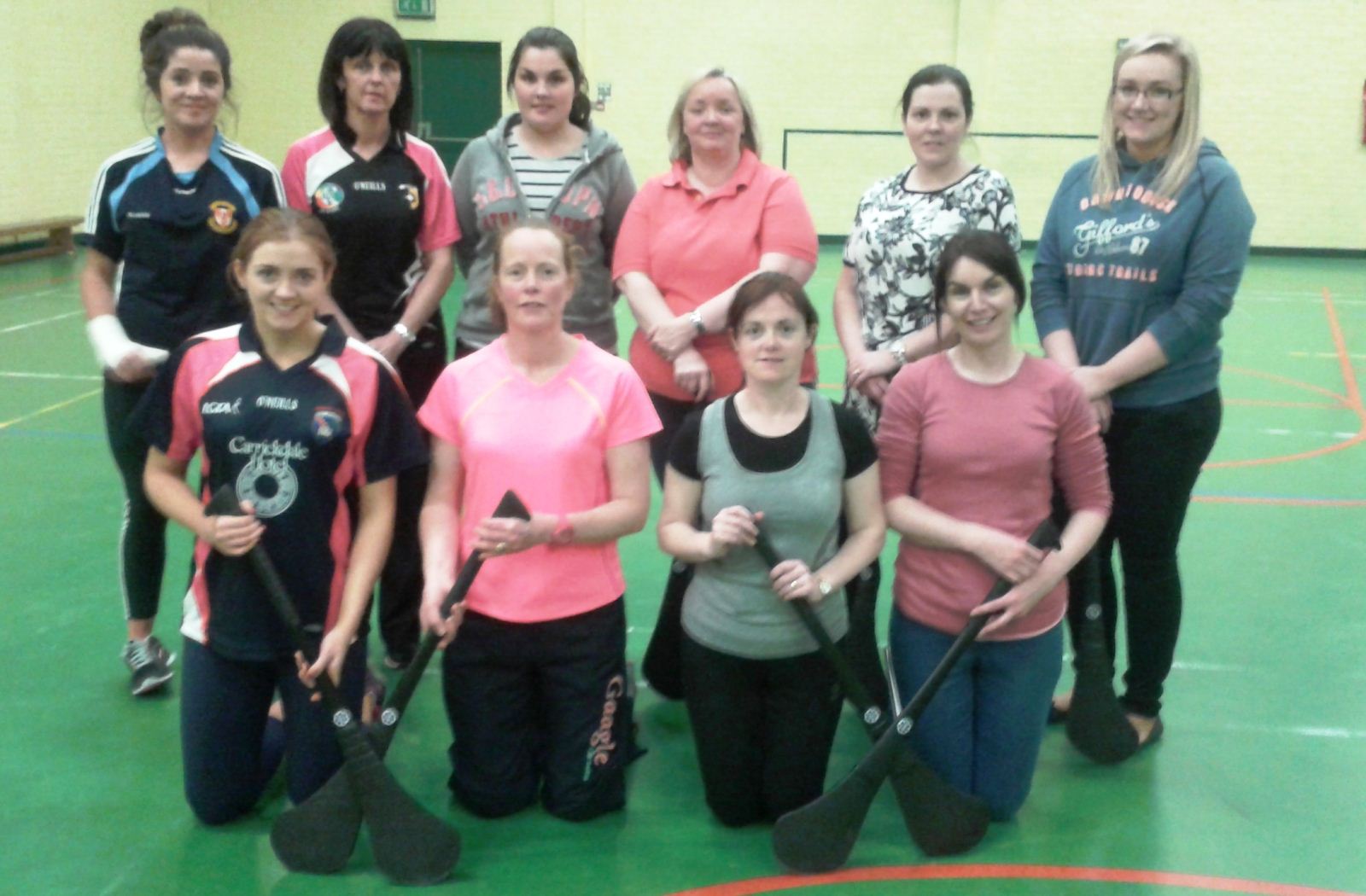 Armagh Workshop
Down
Well done to the 9 coaches who attended the 'What to Coach U8s and U10s'  workshop held in Ballycran GAC, Down on the 23rd April. Coaches from Ballycran, Bredagh, Ballygalget and Darragh Cross attended the workshop. 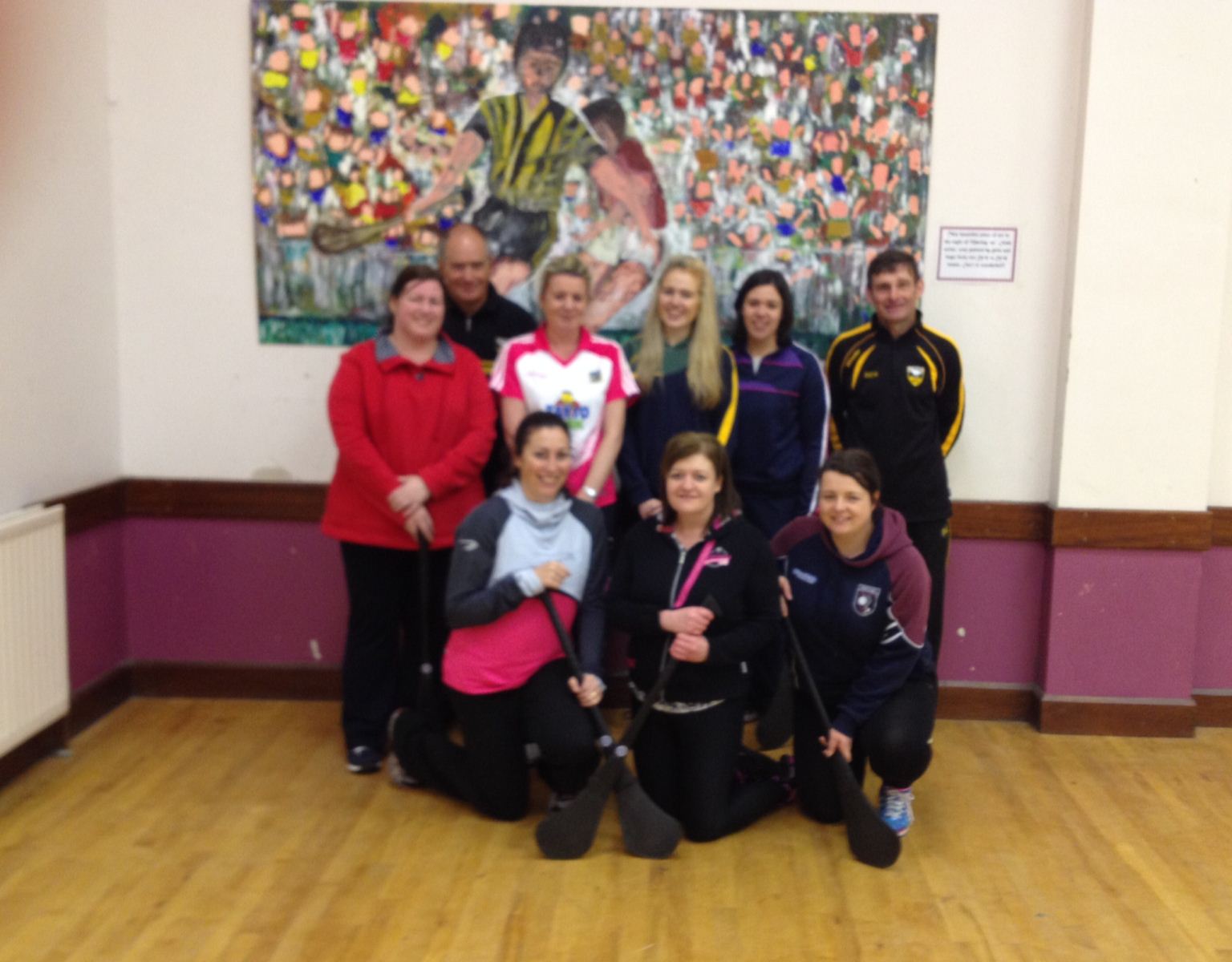 Armagh Workshop
Clare Under 14 Blitz
The Clare U14 Inter County blitz was held on Monday 4th May. 7 counties and 18 teams with 434 girls took part in total. Thanks to Clare for hosting the event and to Flannan’s and Eire Og for the use of facilities. 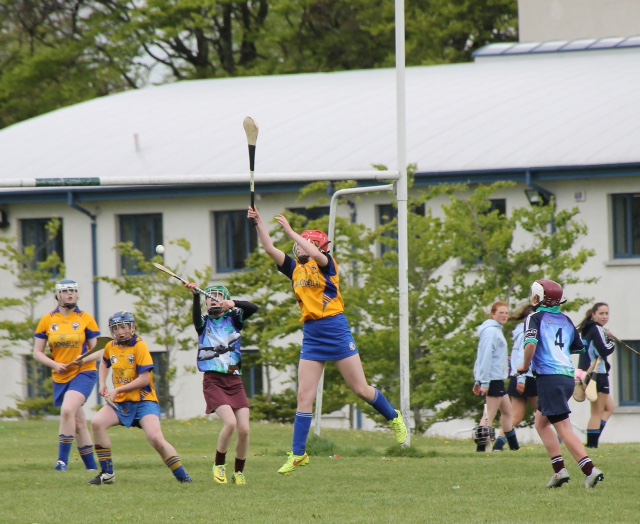 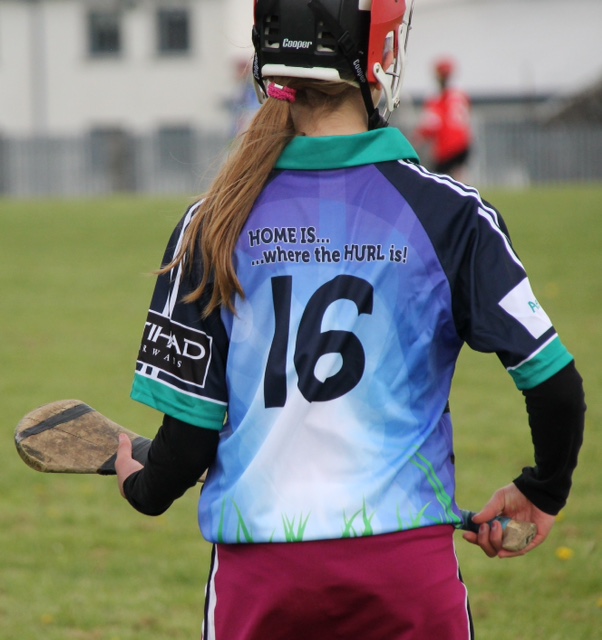 Clare Under 14 Blitz
Up coming….
Camán to Ulster- 9th May- Pairc Esler!
Camán to Connacht- 10th May- Pearse Stadium