Hibernia College awarded five sports scholarships to recipients from the GPA and the Camogie Association on January 23rd at Croke Park.

This initiative is part of a Scholarship Scheme which affords Irish sports men and women the opportunity to complete a degree or diploma while they continue to shine for Ireland, their county or club.

The Scholarship Scheme was initiated in Autumn 2012 in co-operation with the Gaelic Players Association, the Camogie Association, Irish Rugby Union Players’ Association and Tennis Ireland.

Hibernia College is Ireland’s largest provider of newly qualified teachers, and 4 of those awarded scholarships are currently students on the latest cohort of the Professional Diploma in Education programme.

Sinéad Lynch, a county championship winner with Lough Lene Gaels in County Westmeath, and Sharon Lee, who currently plays for Kinvara Senior Camogie Club in Galway and won a British Final with London County last summer, were nominated for the awards by the Camogie Association. Both Sinéad and Sharon are graduate student teachers on the Professional Diploma in Education programme.

Both Aidan Harte and Ger Brennan are graduate student teachers on the Professional Diploma in Education programme while Alan Dillon is a student on the Diploma in Management (for Graduates) programme. The Diploma is part of a recently launched series of undergraduate programmes in business, management and computing awarded by the prestigious University of London.

All of these graduate student teachers are about to embark on their first block of Teaching Practice affording them an opportunity to combine their sporting and educational expertise in post primary schools across the country.

Hibernia College criteria for eligibility include;
– A strong commitment to the programme of study, including a recognition of the time commitment involved
– A strong academic interest in and motivation for studying and/or clear objectives for career progression arising from the programme of study
– A commitment to fulfilling any specific criteria as laid out by your individual sporting organisations
– Any outstanding academic, professional or personal achievements that you feel will help your application 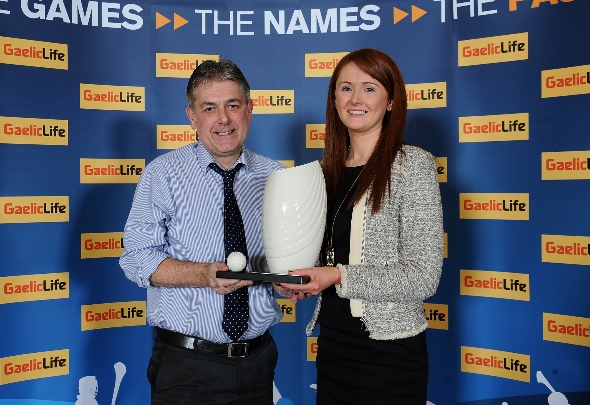 The fantastic achievements of Ulster clubs and their individuals were honoured in style at the Gaelic Life Ulster Club All Stars on Monday January 21st. It is testament to the high esteem in which the awards, now in their second year, are held by the GAA community in the province that so many chose to brave the elements to make it to Cookstown’s Glenavon Hotel for the event.

It was Rossa defender Natalie McGuinness who was named as Gaelic Life Ulster Club Camogie Player of the Year, beating off stiff competition from Slaughtneil’s Louise Dougan and Ballycran’s Catherine McGourty to take the title, which last year was claimed by Loughgiel’s Emma Connolly.

While McGuinness may not attract the same level of headlines as some of her attacking colleagues, her job in keeping the key players for the opposition quiet is just as important to the Rossa cause. She is strong and athletic, with the sort of game-reading skills that make her a fine option at centre-back. Despite having only recently entered her 20s, she has cemented her position in the side and is a mainstay of the team, having lined out in the All-Ireland club final as a 16 year-old, and has since added an hefty medal haul which includes triumphs at county, provincial and All-Ireland level.

Unfortunately club commitments ahead of their upcoming All-Ireland campaign prevented Natalie from attending on the night, so the award was collected on her behalf by her father Francis.

Gaelic Life would like to congratulate all award winners, as well as the wider GAA community in Ulster who once again gave the awards their full support with over 12,000 online votes having been registered.

We would also thank our sponsors, Belleek Living, Lairdesign and Murphy’s Gaelic Gloves, as well as the Ulster GAA, Ulster Camogie and Ulster Ladies GAA for their ongoing support for this venture. We have no doubt that, just like the players present on Monday night, the most glorious days are still ahead. 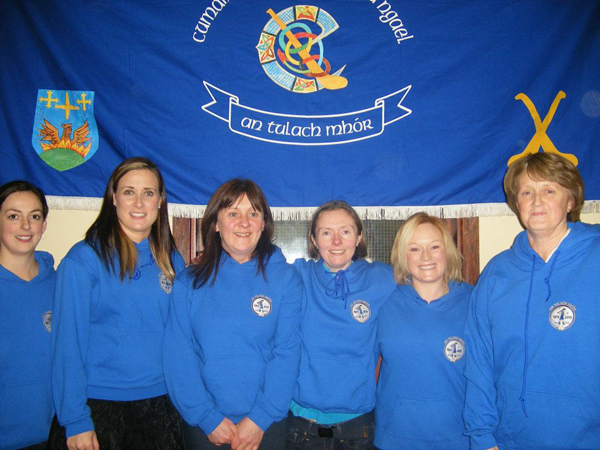 This year marks a very special milestone for Tullamore Camogie Club, Co. Offaly as it is the 40th anniversary of the camogie club. To mark this event, a programme of events and activities are scheduled to take place over the coming year culminating in a gala banquet on November 23rd in the Tullamore Court Hotel. The official launch of the 40th anniversary celebrations took place on Friday January 18th at Tullamore GAA Grounds. Those in attendance were reminded of the history of the club as Camogie was played in Tullamore in the 1930s, 1940s and 1960s.

In the modern era, it was reformed in 1973 under the guidance of Mary Hanley (nee O’Brien) from Co. Clare who commenced her teaching career in Tullamore Vocational School while Mr. Ray Allen was the club’s first Chairperson. Until the formation of Offaly County Board in 1979, Tullamore played their club camogie in Laois, annexing two senior titles. The club has flourished in recent years, with a steady stream of talent from the local primary and secondary schools contributing to numerous successes, including the Offaly Senior club title in 2007. In addition, there has been representation on the All Ireland winning Premier Junior and Intermediate teams.

Among the many events during the course of the year are:
Photo Display in Tullamore Dew Visitors Centre
Participation of members – current and past-  in the St. Patrick’s Day Parade
Secondary School Blitz; Participation in the National Pan Celtic Festival
Club Blitz for U/14 team in Cavan (host club in Feile 2009)
Club trip for senior team to Glasgow Tournament
Inter club Blitz for under 8 and 10 players
Players Reunion 7 BBQ
Blitz for under 12 players involving clubs from other counties
Trip to Croke Park grounds and Museum
Colouring and Poster competition for Primary schools in the locality
Indoor Blitz for underage players
Funday day for players with special needs 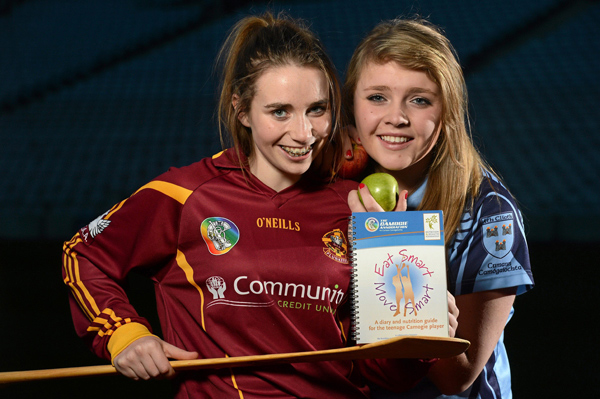 Get Moving Smart for a New Year

Copies of Eat Smart Move Smart have been selling in vast quantities since their launch in December 2012. The comprehensive nutrition guide and diary is a must have for all teenage camogie players and with schools camogie in full swing and juvenile club and inter-county competitions soon to take off, this is a must have for the kit-bag. The diary proved a massive hit at the recent GAA Coaching and Development Conference and is already being used by a number of inter-county development panels. 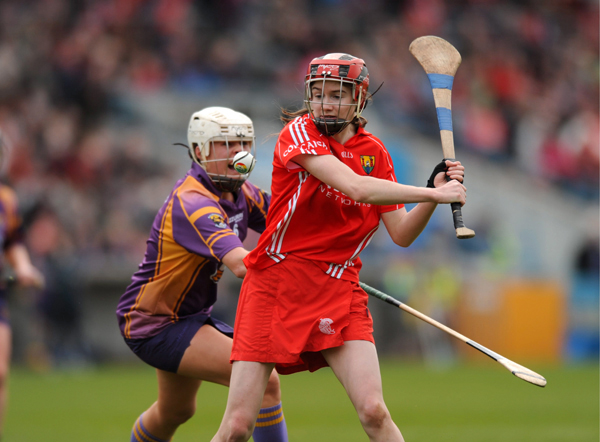 The real action begins on February 24th when Division One champions Cork put their title on the line, while last year’s winners in Division Two (Derry), Division Three (Kildare) Division Four (Dublin) will be hoping to get off to winning starts in their new divisions.

The official Ashbourne & Purcell Cup Finals launch takes place on Monday, February 4th at 5.00pm in the University of Limerick, hosts of this year’s competition. On the weekend of February 15th & 16th the finals take place as sixteen teams, representing third level institutes from all over Ireland gather to compete for one of Camogie’s top prizes.

See camogie.ie for more information in advance of the finals and for launch news and photographs on Tuesday February 5th. 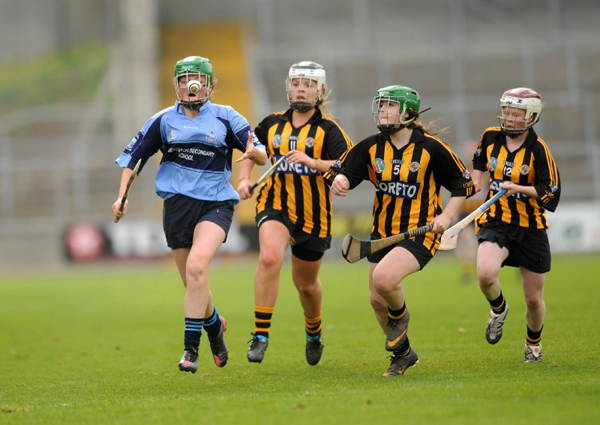 While our inter-county and club competitions are easing back into action, second levels camogie has been in full swing since the start of the New Year. This year’s Junior and Senior competitions are already reaching the business end. In the Junior A Connacht play Munster and  St Mary's Magherafelt play Leinster in the All Ireland semi-finals. In the Junior B, St Patrick's Keady face the Leinster champions and Connacht face the Munster champions in the semi-finals. The Junior C Quarter-finals see St Joseph's Lucan play Connaught C on February 9th with the winners playing Munster and St Malachy's Castlewellan playing Leinster. In the Junior D, Connacht D face Our Lady's Templeogue on February 9th and the semi-finals take place on February 23rd as St Columban's Kilkeel play Leinster and Munster play the winners of Connacht/Our Lady's. All semi-finals take place on February 23rd and all finals on March 16th. 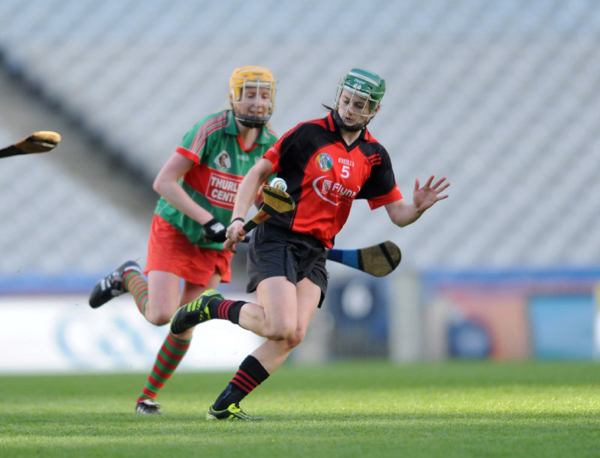 This weekend (February 3rd) the finalists of the Senior and Intermediate grades will be decided. Defending senior All Ireland club champions Oulart-the-Ballagh play host to Cork and Munster outfit Milford at 2.00pm while 2010 holders Killimor entertain Antrim side O’Donovan Rossa as part of a double-header fixture at Duggan Park, Ballinasloe, throwing in at 3.00pm That game is preceded by the meeting of Castlegar and Ballycran at 1.00pm while in Nowlan Park, the Rower-Inistioge face Clare side Kilmaley at 1.30pm.

The Camogie Association invite all Provincial, County, Club and Second and Third Level Officers and members to attend a PRO training event on Saturday March 2nd in Croke Park. This event will also incorporate the launch of the Camogie Association Social Media Guidelines & Set- Up Guide. The PRO Training event will cover the following topics and will be delivered by experienced practitioners through interactive 45 minute workshops.

•The Role of the PRO and how to work effectively, including presentations
•Dealing with radio & print media
•IT & Social Media

The PRO Training event will commence at 10.00am and conclude at 2.30pm. Tea & refreshments will be served on arrival and lunch will take place at 1.30pm. All officers and members of the Association are encouraged to attend.

The event costs €10 and includes lunch and a ticket to the All Ireland Club Final.
Advance booking is required and the closing date is Friday February 22nd 2013.
Please note participants are encouraged to bring a lap-top and/or ipad.

This year's Media Awards will take place in Croke Park on Friday March 1st at which the Camogie Association & RTE Mick Dunne Memorial Awards will be presented. Full details of this year's recipients will be announced on Wed Feb 6th. See camogie.ie for more info.

Last year, all county boards awarded a Volunteer of the Year accolade within their county and it is anticipated that this will be repeated again.

The recipients of the Volunteer of the Year Awards will be announced at a date in February. 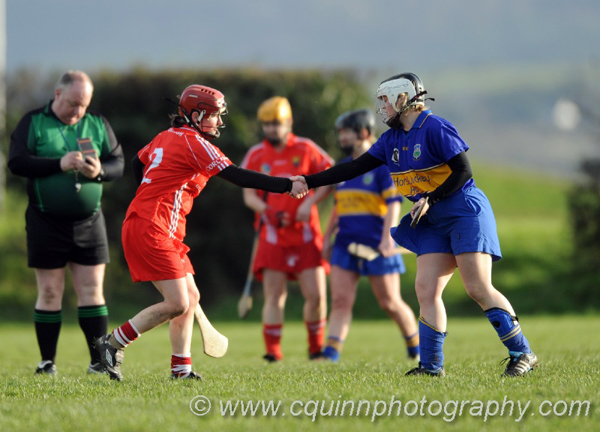 Are you a County Camogie Legend?

If you feel you or your past county camogie team-mates fit the bill, then why not take part in the 2013 Camogie Legends 7- a side tournament in honour of the late Biddy Phillips.

This year the Legends 7s will take place on Saturday March 2nd in Dublin. Registration is at 10.30am with the first match at 11.00am

The tournament will coincide with the All Ireland Club Finals weekend. The winners will be presented with the Biddy Phillips cup at half-time of the senior club final.

Information on the 2013 Legends Tournament has been distributed to all County Camogie Boards and the closing date for team entries is February 8th 2013.

On the Ball Magazine March 2013

The next edition of On the Ball Magazine will be published for March 22nd to coincide with the Association’s Annual Congress in Westport Co. Mayo.

Club news, feature ideas and more are invited. Send an email to claire@camogie.ie if you wish to profile your club or have a new idea. Closing date is February 28th.

The Camogie Association have established an official licensing agreement for the reproduction of the official and registered camogie logo on all playing skorts and jerseys at second level, third level, inter-county, club and provincial level.

All units are advised to deal with the following licensed suppliers for the 2013 season onwards with regards to the purchase of camogie playing skorts and jerseys.