Latest
110 teenagers from 11 Antrim Clubs took part in the under 16 ‘Speed Leagues’ for the past 5 weeks. Loughgiel and Dunloy contested the ‘Super Final’ on the final night of the programme on Friday March 11th. Thanks to Ronan Toner for coordinating the event.
Pictured above: Loughgiel winners of 'Speed League' Final
What are ‘Speed Leagues’?
The idea of ‘Speed Leagues’ is that the games are played with speed for 6 minutes straight with no stopping for wides/lines. If there is a score the game is resumed with a puck out as fast as possible. Indoors they can be played 7 a side (dependant on space available).
When playing outside, they are also played small sided (7 a side). This ensures that each player gets an adequate number of touches to improve their skills. The referee has a spare sliotar to throw in to keep the game going at speed without interruptions or restarts when ball goes out of play. Speed leagues are intensive and enjoyable for the players as they are playing constantly and also have the variety of playing a number of different teams.
Other development News:
·         Fitness with a Sliotar Carlow
·         Get a Grip- Clare & Kildare
·         Donegal second level success
·         Belfast Second Level Competition in its 2nd year
·         Donegals’ newest club ready for 2016
·         Derry & Antrim Get a Grip
Fitness with a Sliotar Carlow
A workshop entitled ‘Fitness with a Sliotar’ took place in O’ Hanrahans GAA club in Carlow on March 12th. Ross Corbett, Limerick U21 conditioning coach tutored on the workshop and showed how to use games based activities to develop players fitness. Thanks to the county minor and junior squads for demonstrating on the day. Ross discussed periodization and the work to rest ration needed at certain times of the year.  18 coaches attended the workshop with coaches receiving a booklet outlining the session completed. 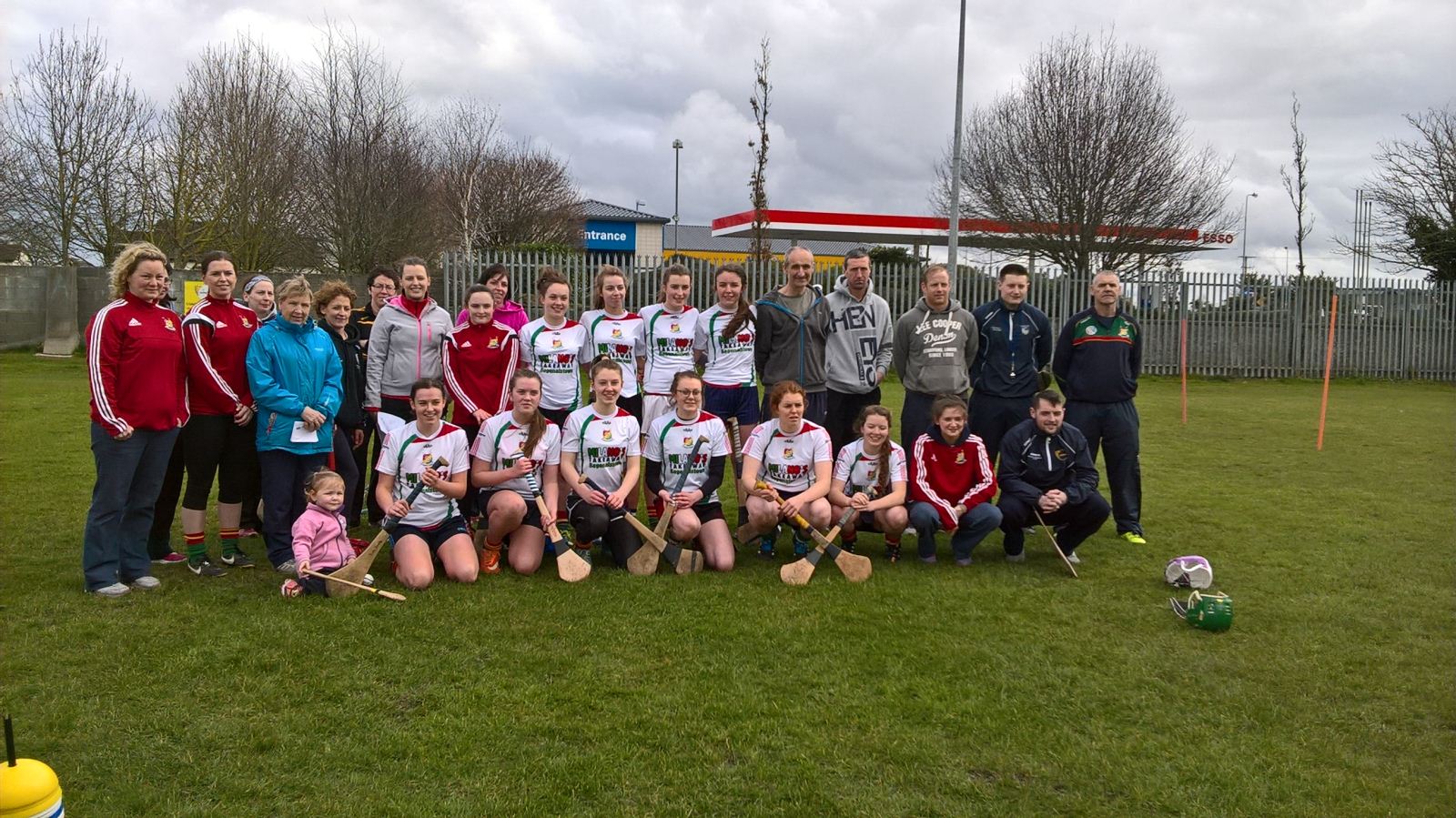 Fitness with a Sliotar Workshop
Get a Grip-Clare & Kildare
49 coaches completed their Camán Get a Grip Coaching qualification in Clare (20) and Kildare (19) on Saturday last March 12th. Thanks to Clarecastle and Nurney for the venues and to tutors Eileen Gleeson, Francis O Halloran and Noel McSweeney. 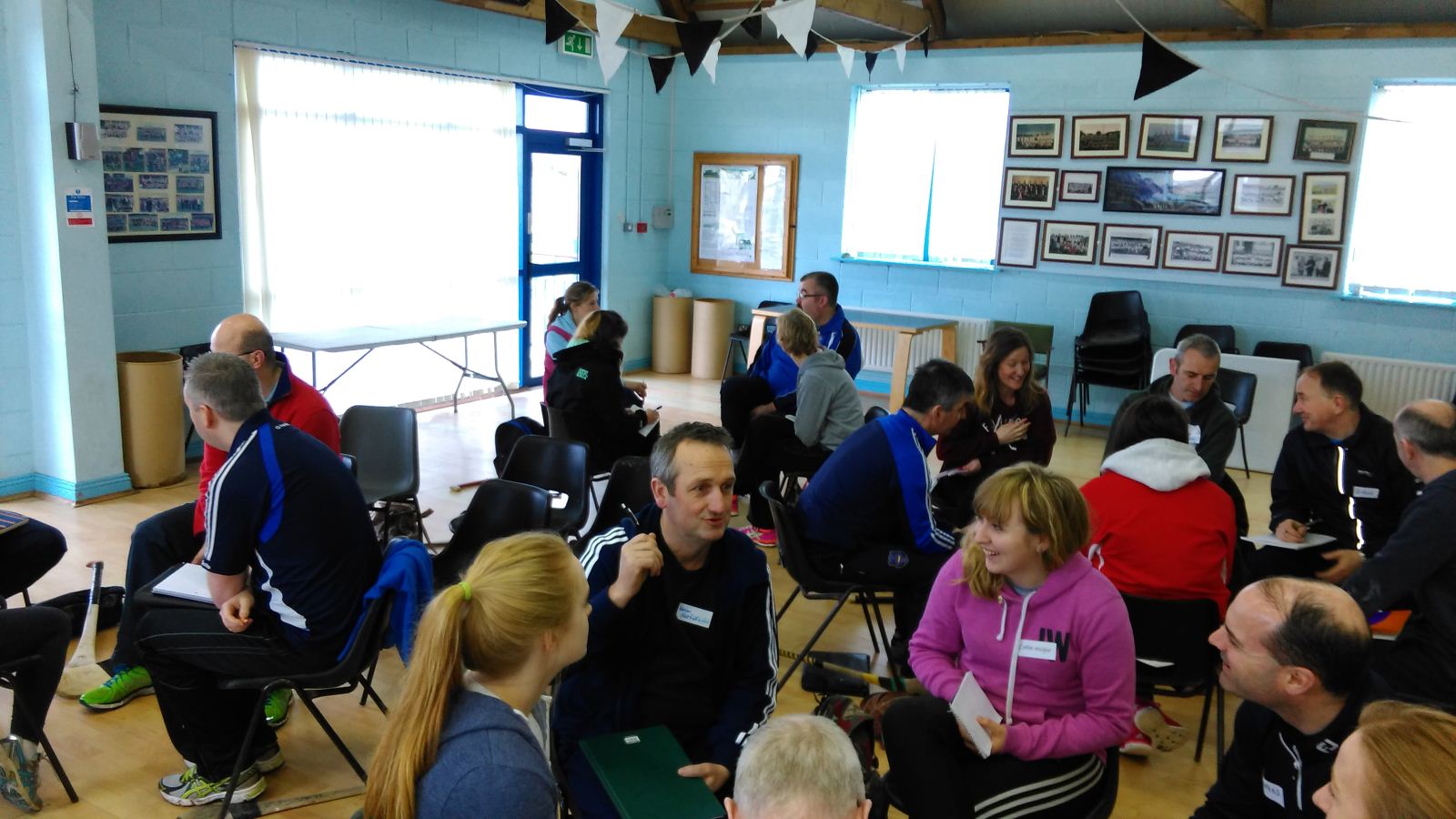 Planning at Clare Camán Get a Grip Course 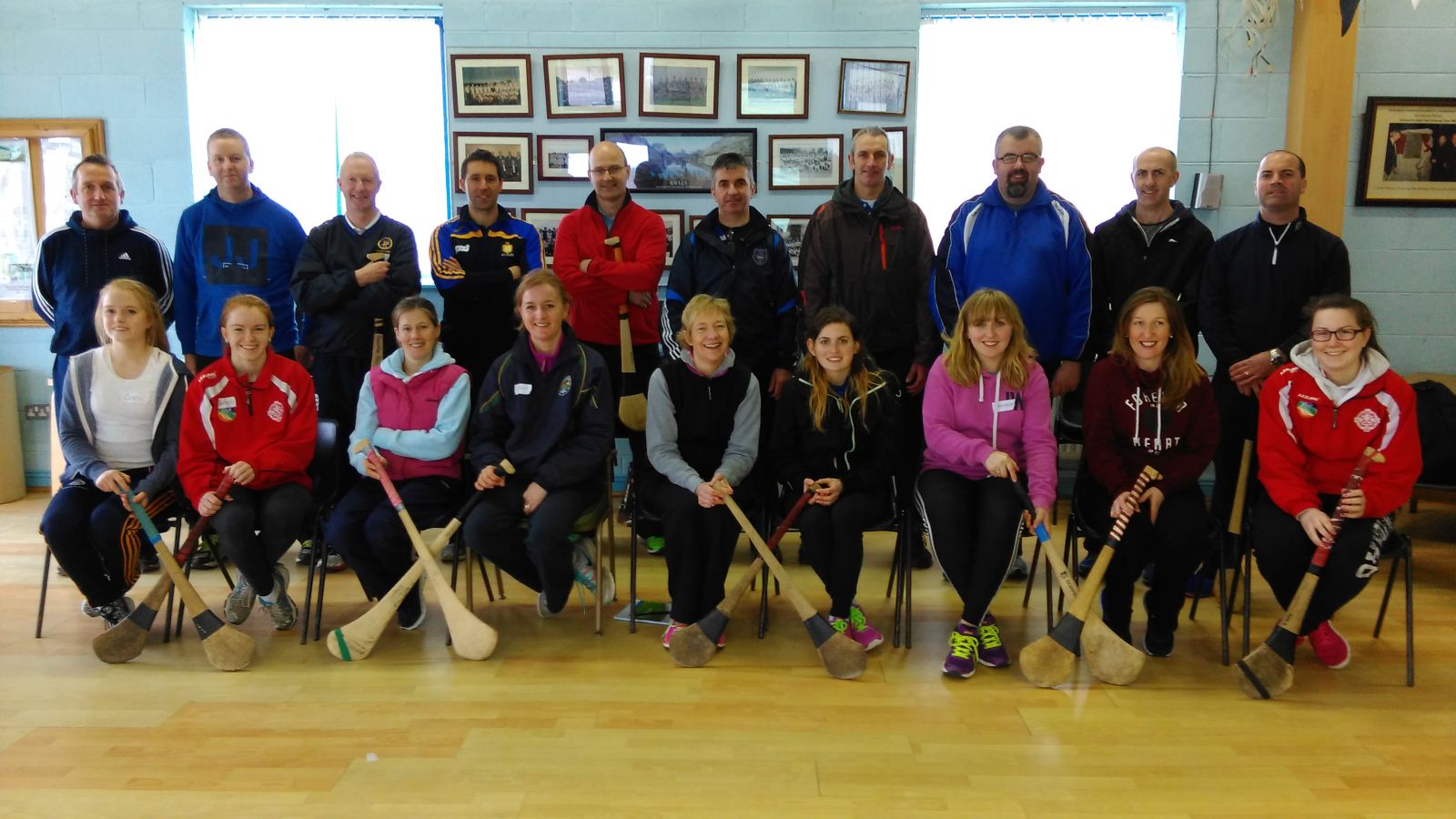 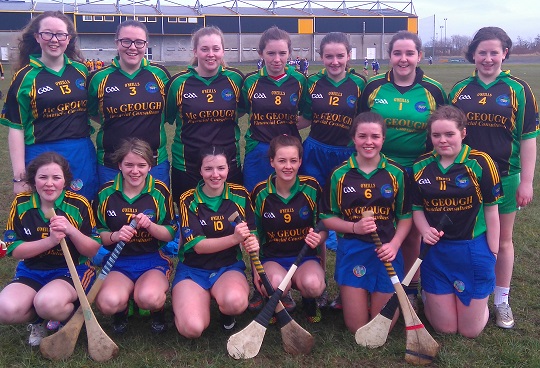 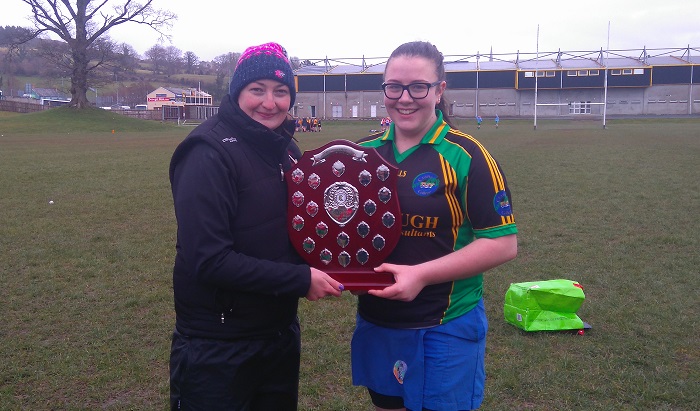 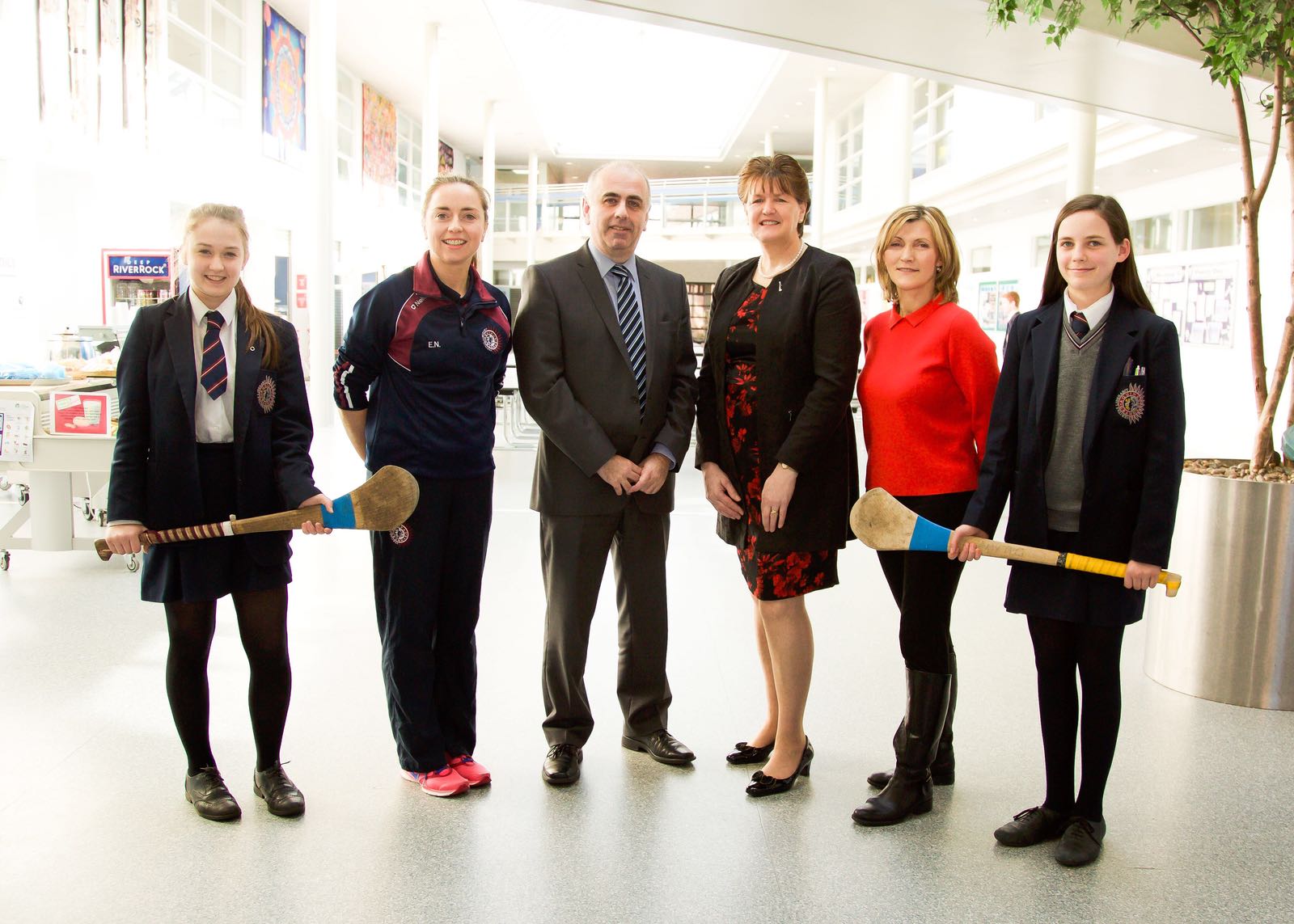 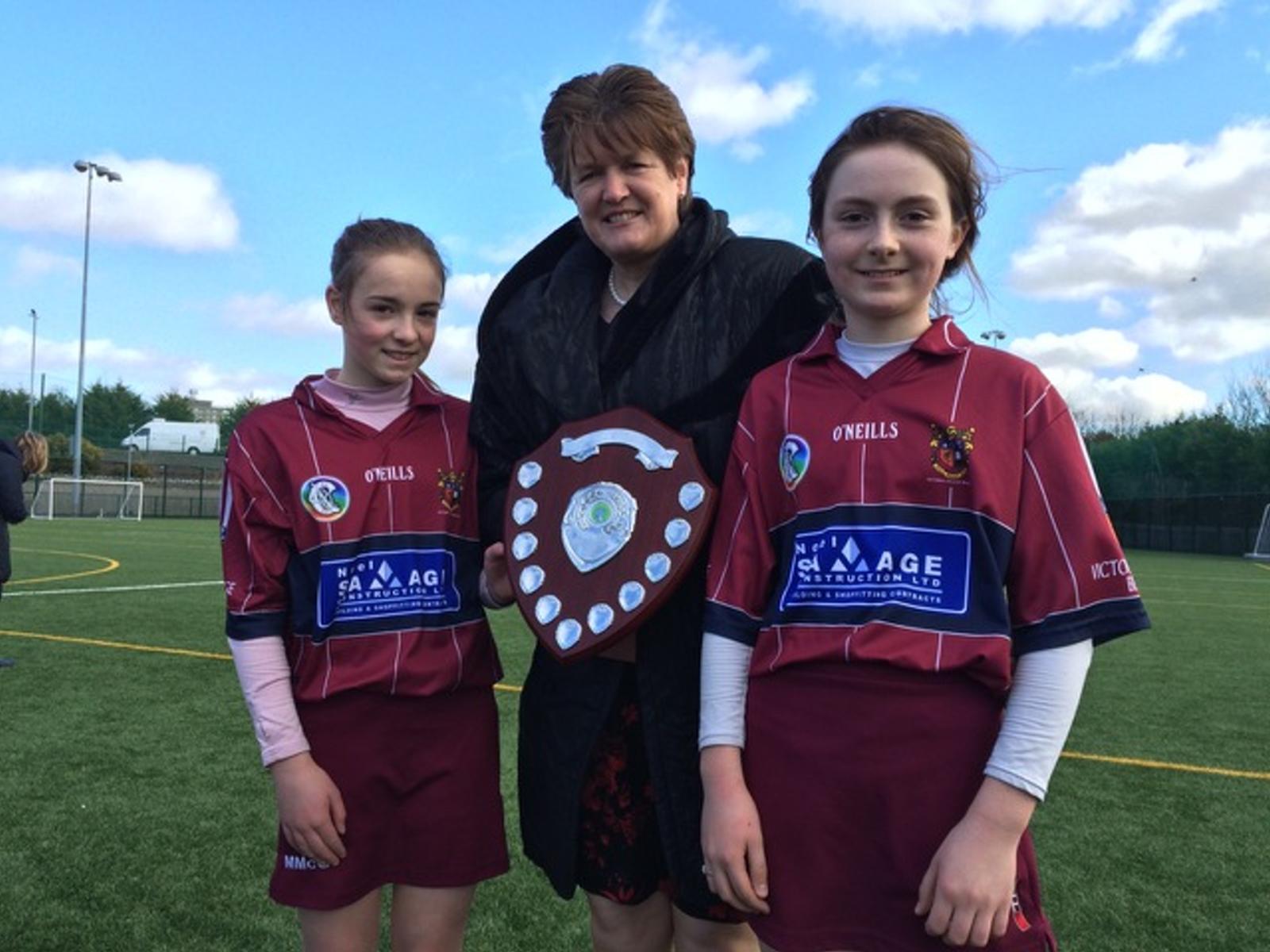 Aileen Lawlor past president presenting Shield to winning captains Sorcha O Brien and Meabh Mc Gurk.
Donegals’ newest Club ready for 2016
To prepare for the 2016 season an upskilling workshop was held in Donegals’ newest club Muff on March 15th. The topic of the workshop was ‘Games for u10 and u12’. Clare Dowdall Regional Development Officer for Donegal tutored on the workshop. 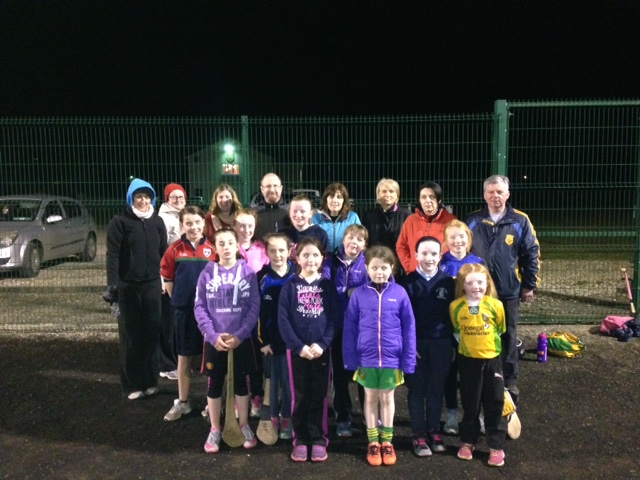 12 coaches attended the workshop with players from the club providing the demonstration on the night.
Derry & Antrim Get a Grip
Over 30 coaches completed the Camán Get a Grip foundation course in Derry and Antrim last weekend on March 12th.  The Derry course took place in Glenullin while the Antrim Course took place in Portglenone. Thanks to tutors Ger Gribben, Eoghan Gribben and Siobhan Poulter. 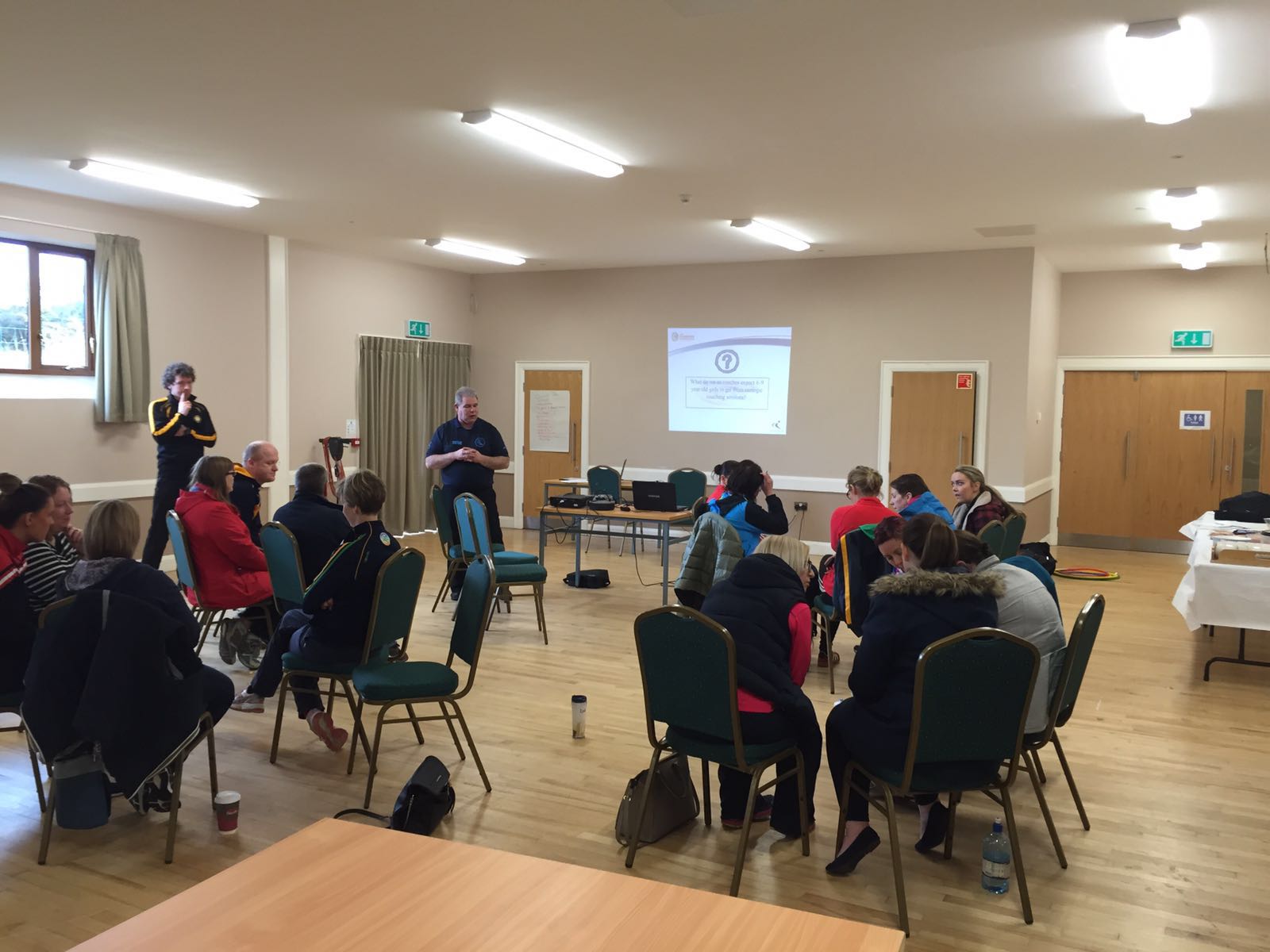 Derry Camán Get a Grip Coaching Course at Glenuillin