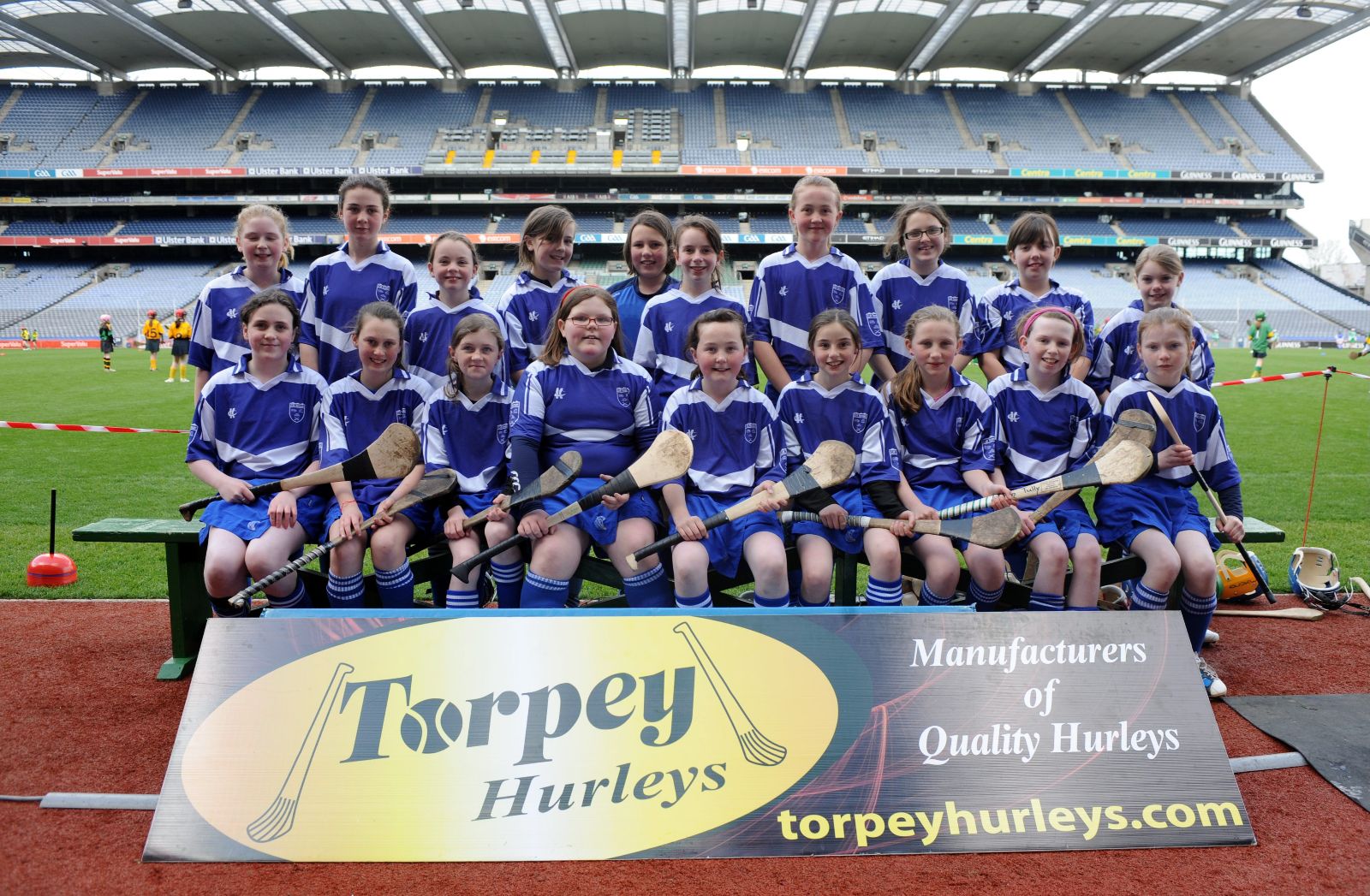 Forty eight camogie clubs took part into the Camán to Croker event in association with John Torpey Hurleys on Saturday May 5th. Click to watch a video of the action from 720 camogie stars took to the field for a Go Games blitz as well as visiting the renowned Croke Park Museum.

This is the inaugural year of the Camán to Corker competition which invites U12 Camogie clubs to enter a draw to play Go Games in GAA HQ.

Speaking about the event President of the Camogie Association Aileen Lawlor said:
"Camán to Croker is a fantastic opportunity for our young camogie players to sample the incredible experience of playing in Croke Park, an iconic venue for all Gaelic games supporters and players.

We are delighted that 720 camogie players, cheered on by family and friends were in attendance today to share in this wonderful experience. Camán to Croker further underlines our deep commitment to develop and promote the games at under-age level in all counties. I would like to thank John Torpey Hurleys who have kindly sponsored this event. Torpey Hurleys are a strong supporter of the Camogie Association and we are delighted to have Torpey Hurleys as our title sponsor for this event." 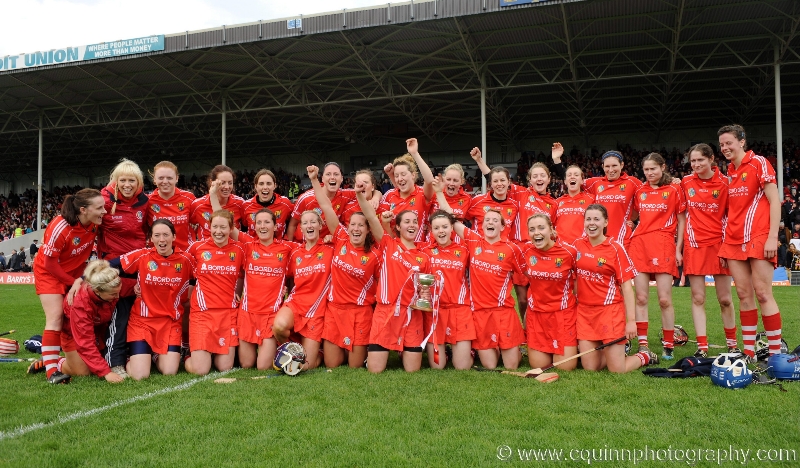 This year’s Irish Daily Star Leagues wrapped up on Sunday May 6th as Cork annexed the Irish Daily Star Division One title at the expense of Wexford, as part of a double header fixture with the GAA Allianz Hurling League Final.

Catch up on all of the video action from this year’s finals and launches courtesy of Jerome Quinn Media. 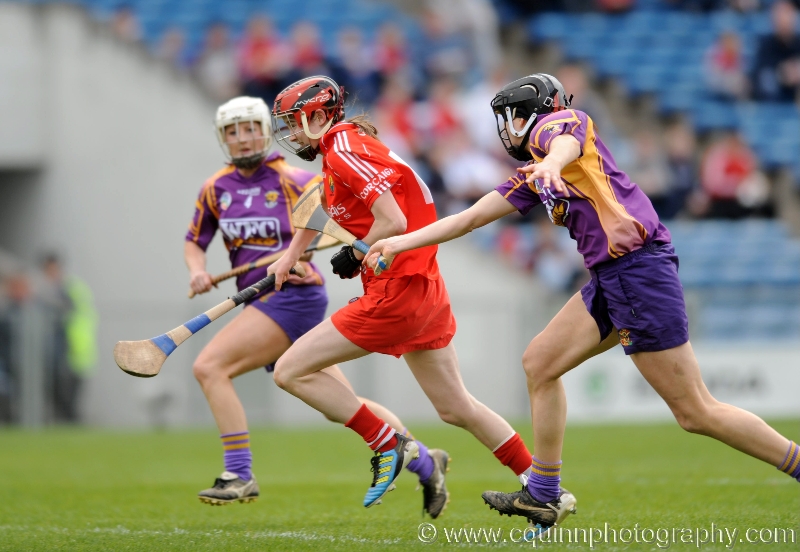 Camogie on centre stage at Thurles 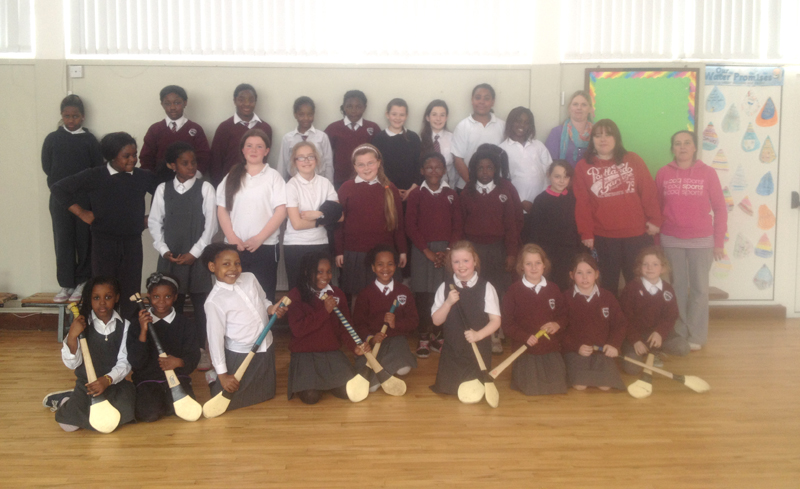 Under the guidance of AIT Sport and Recreation student Claire Kavanagh and Regional Development Officer Lizzie Flynn pupils who attended the school’s homework club over a 10 week block were given the opportunity to play and try out the game.

Every week approximately 35 pupils togged out to learn new skills and play the game. Great fun was had by all. The camogie initiative was a fantastic development for the region and it is planned and hoped that this type of development will continue in the new school term in September.

Special thanks to St. Peter’s Primary School Principal Davina Dolan along with the staff who were so helpful during the programme. Finally well done to all the new up and coming camogie stars.

For more information on camogie development in the region contact Lizzie Flynn by phone on 087-6436579 or by email lflynn@camogie.ie

Wexford Camogie stars, Linda and Lisa Bolger are travelling to South Africa with the Niall Mellon Township Trust (to build houses for the people currently living in wooden shacks in shanty towns) this November.

As part of their fundraising they recently held a camogie sevens competition in St. Martins GAA Club on Sunday May 13th with All Ireland camogie club champions Oulart the Ballagh while a hurling sevens is planned for May 27th at which members of all Ireland hurling club champions Ballyhale Shamrocks will attend. A great attendance was at the camogie sevens including teams from Kilkenny, Carlow, Waterford and Cork.

The GAA Archive holds the administrative records of the Gaelic Athletic Association; these are the records which were created, or received, by the GAA during the course of its business. The collections held by the GAA Archive reflect the administrative structure of the Association: collections are relevant to National, Provincial and County Board units.

Click on the following link to view the Camogie Association archives online at:

Get your August bank holiday weekend started by taking part in the third annual Camogie Association Golf Classic in association with MMI.ie at Castleknock Golf Club.

The event is open to teams of four (male & female) and costs €260 per team. The tournament format is two scores to count and teams are allocated specific tee-times commencing at 9.30am and concluding with the last team out at 2.30pm.

This year’s winning prize, per team member, is a two night B&B plus one night dinner break at the fabulous Croke Park Hotel while second and third placed prizes will also be announced closer to the date.