Latest
Mayo Claim U16 Progress to Success Title 2017
Mayo have claimed the U16 ‘Progress to Success’ National title for 2017.  The teams in this competition have participated in round robin blitz and also knock-out championship games since the beginning of March with many of the games being competitive.
The players and management of all teams involved have shown great commitment to this competition and the pairing of Mayo and Wicklow pitted the two best teams in the competition against each other in the final. Huge thanks also to Louth, Monaghan and Donegal for participating in this year’s programme.
Mayo where crowned champions after a hard-fought game in Longford slasher against Wicklow. Wicklow started brightly with a well taken goal early on. However, this seemed to spark Mayo into action and they started to drive at Wicklow and got a goal of their own soon after. Half time score was Mayo 2.04 to Wicklow 2.01.
Defenders were on top in the second half for both teams with Mayo taking 2 points and Wicklow scoring a further 3 points.  Wicklow pushed hard for a goal however Mayo held out for a deserved victory on a scoreline of 2.3 to 2.6 to become U16 Progress to Success Champions for 2017. 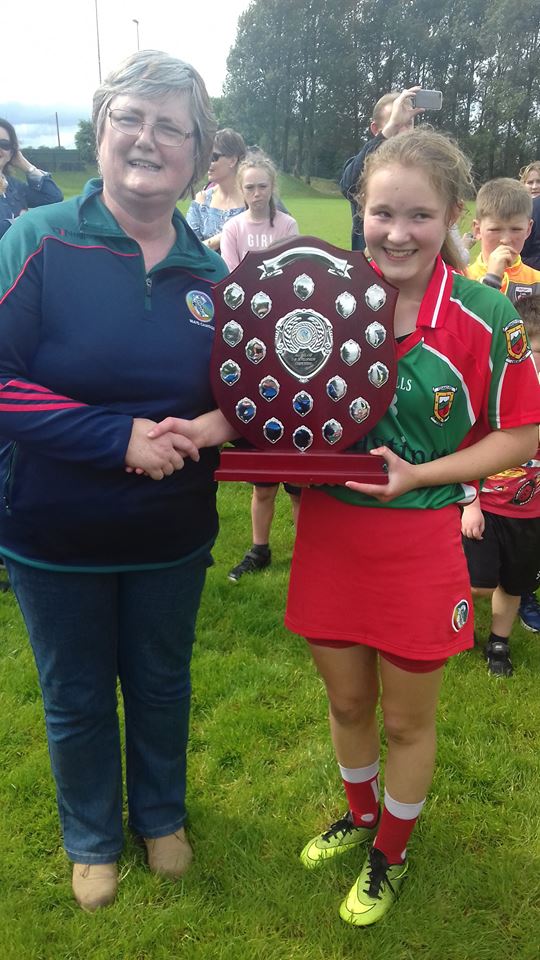 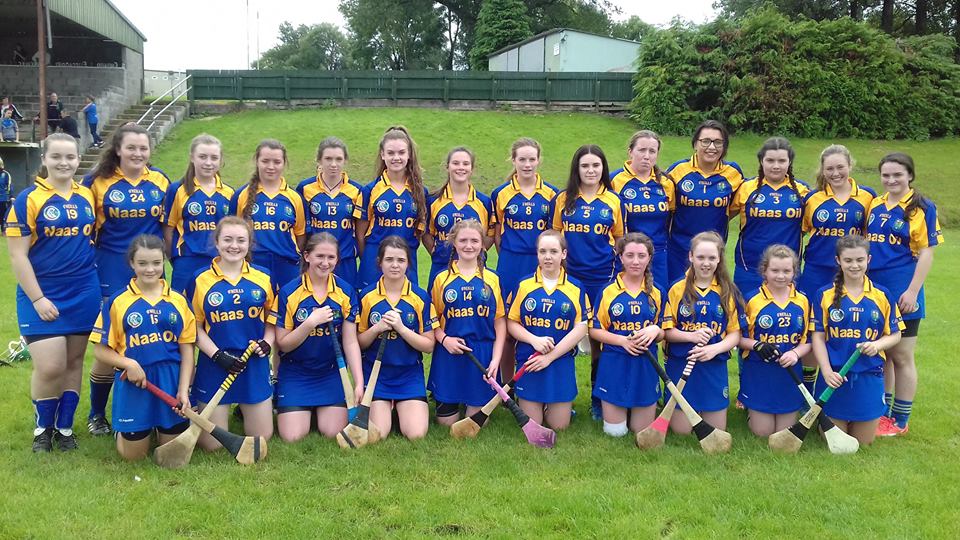 Wicklow U16 Team
In other Camogie Development News this week:
·       U17 All Ireland Cup & Shield
·       Golden Ticket Blitzes Conclude
·       Munster Minor Blitz
·       Player Welfare Survey
·       Hurl Smart Week – Inter County Players Visits
·       Poc Fada to Air on Nationwide
U17 All Ireland Cup & Shield National Competition 2017
The Under 17 All Ireland competition this year was split into a cup and shield section. The cup section will be held in Limerick IT and Kilkenny where the winners on the day and the shield section in Nurney Kildare winner were Meath defeating Antrim in the final. Thanks to both grounds for the use of their facilities, they were excellent and the referees. Well done too all counties that took part, it was a great day of camogie. 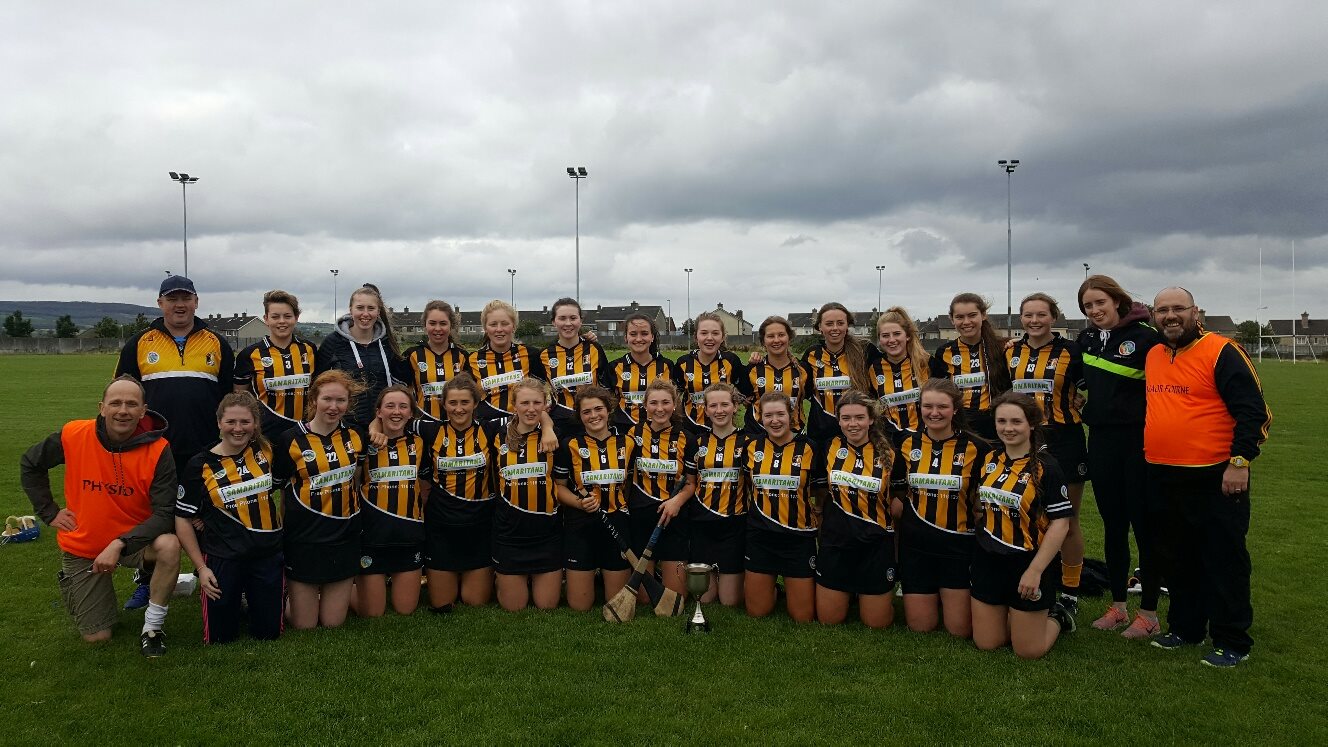 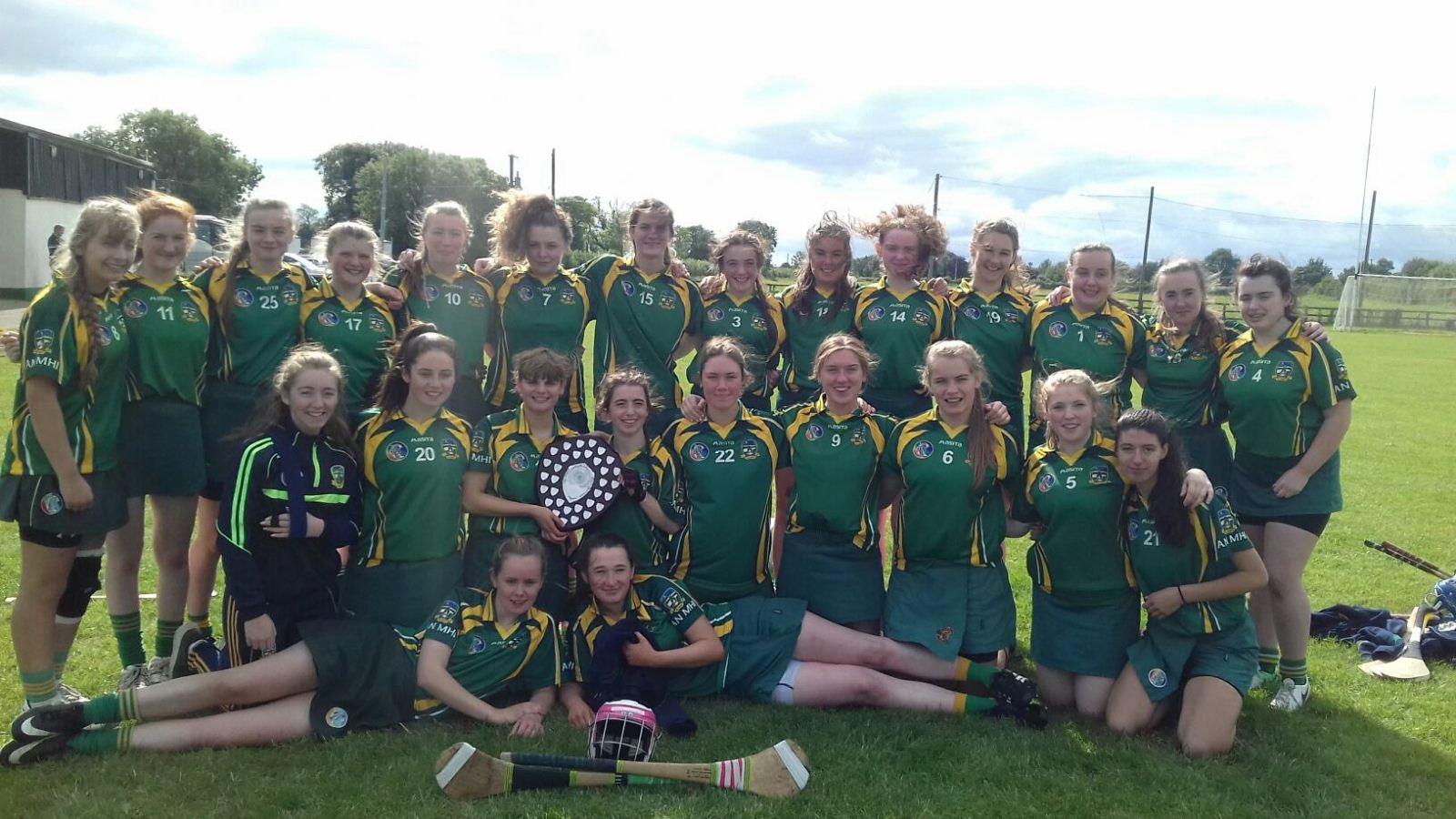 Meath U17 Shield Winners
Golden Ticket Trip Super 10 Blitzes conclude!
25 clubs and 500 under 10’s participated in the Golden Ticket Trip Super 10 Blitzes ahead of the Liberty Insurance Intermediate and Senior Semi Finals last weekend. 15 teams played in Na Piarsaigh club in Limerick and 10 played in Ashbourne in Meath.
All clubs will be in the draw on Liberty Insurance All Ireland Final day where 1 club will win €1000 and a lap of honour.
Best of luck to all teams in the draw! 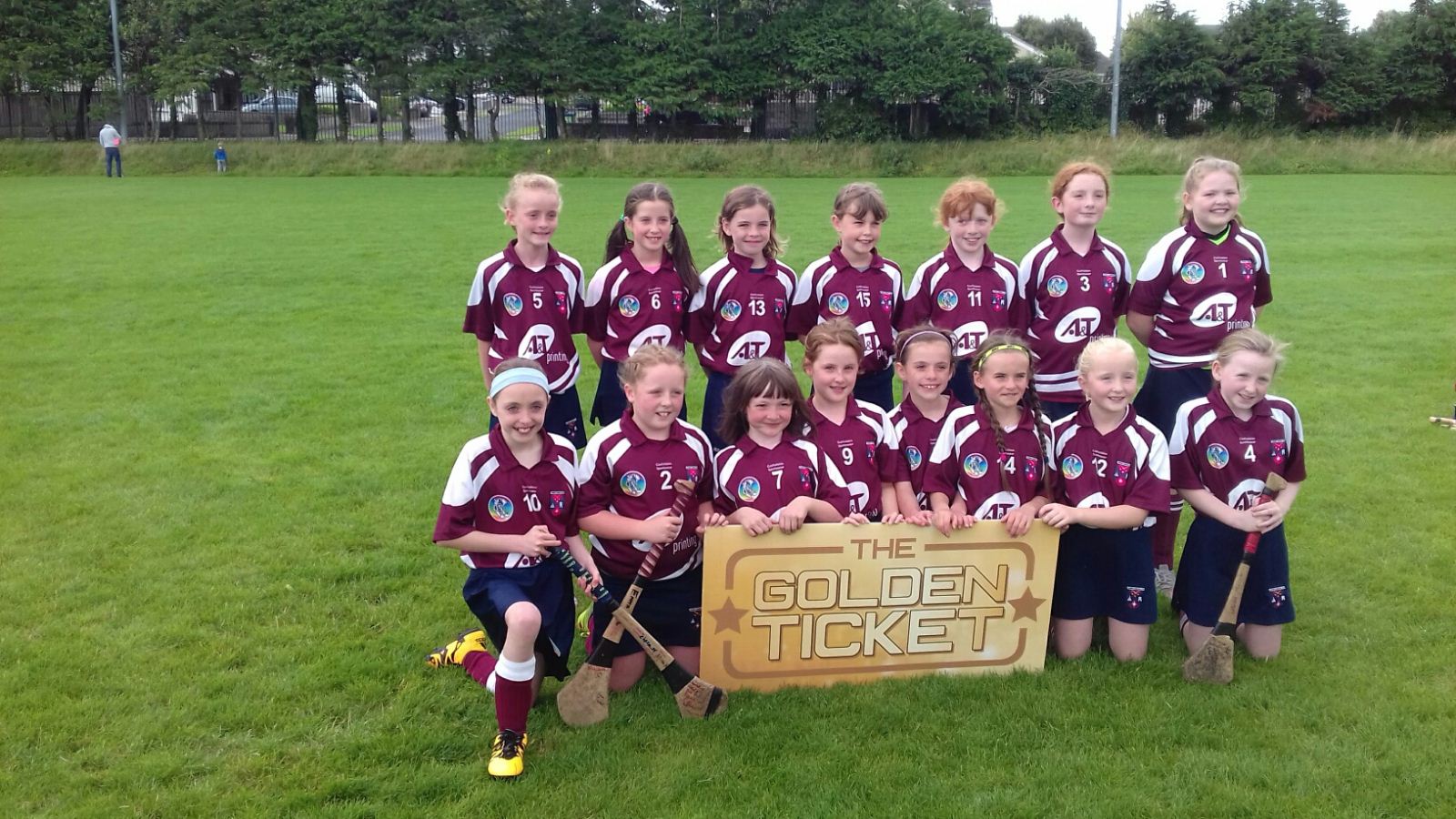 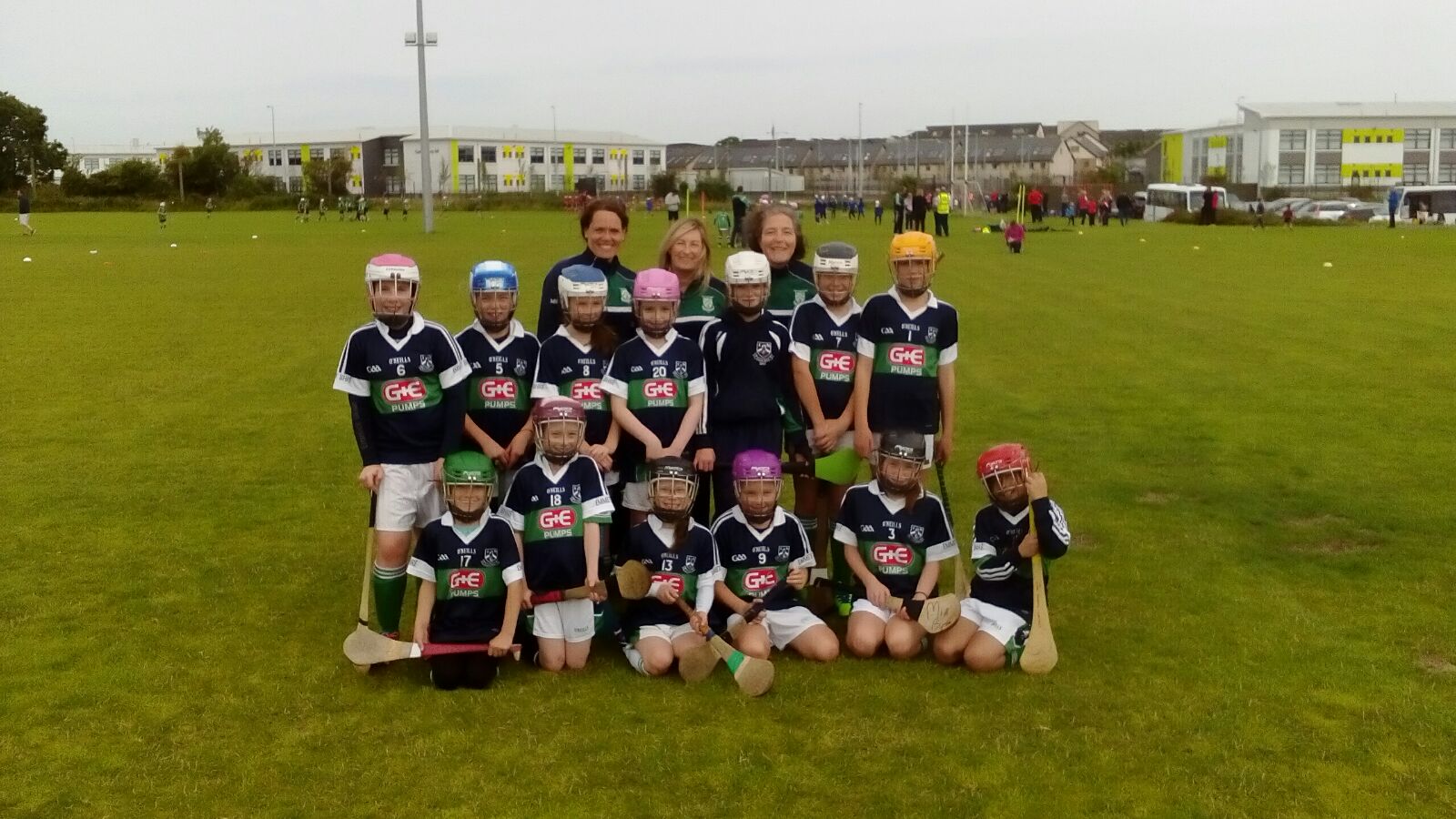 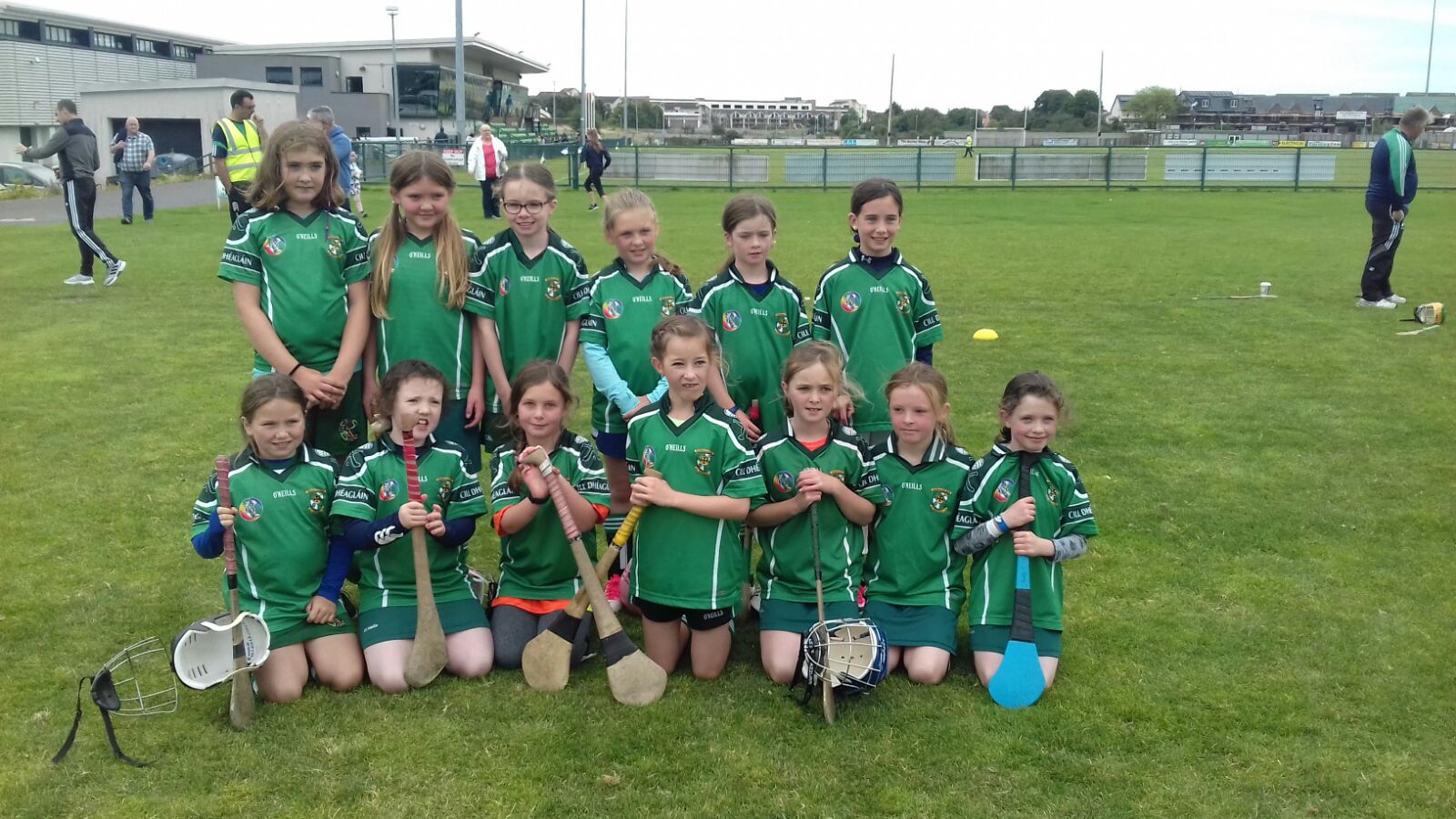 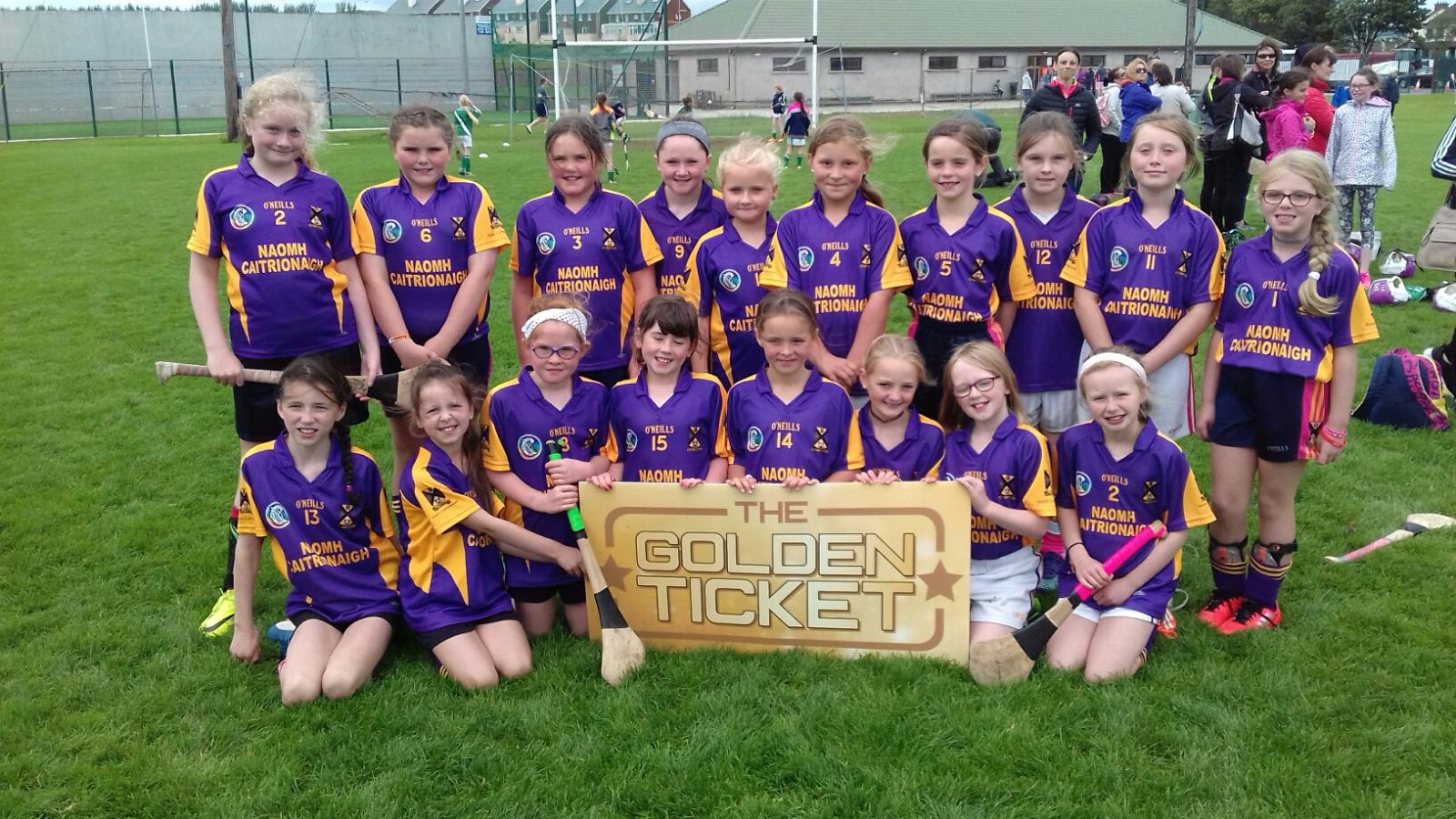 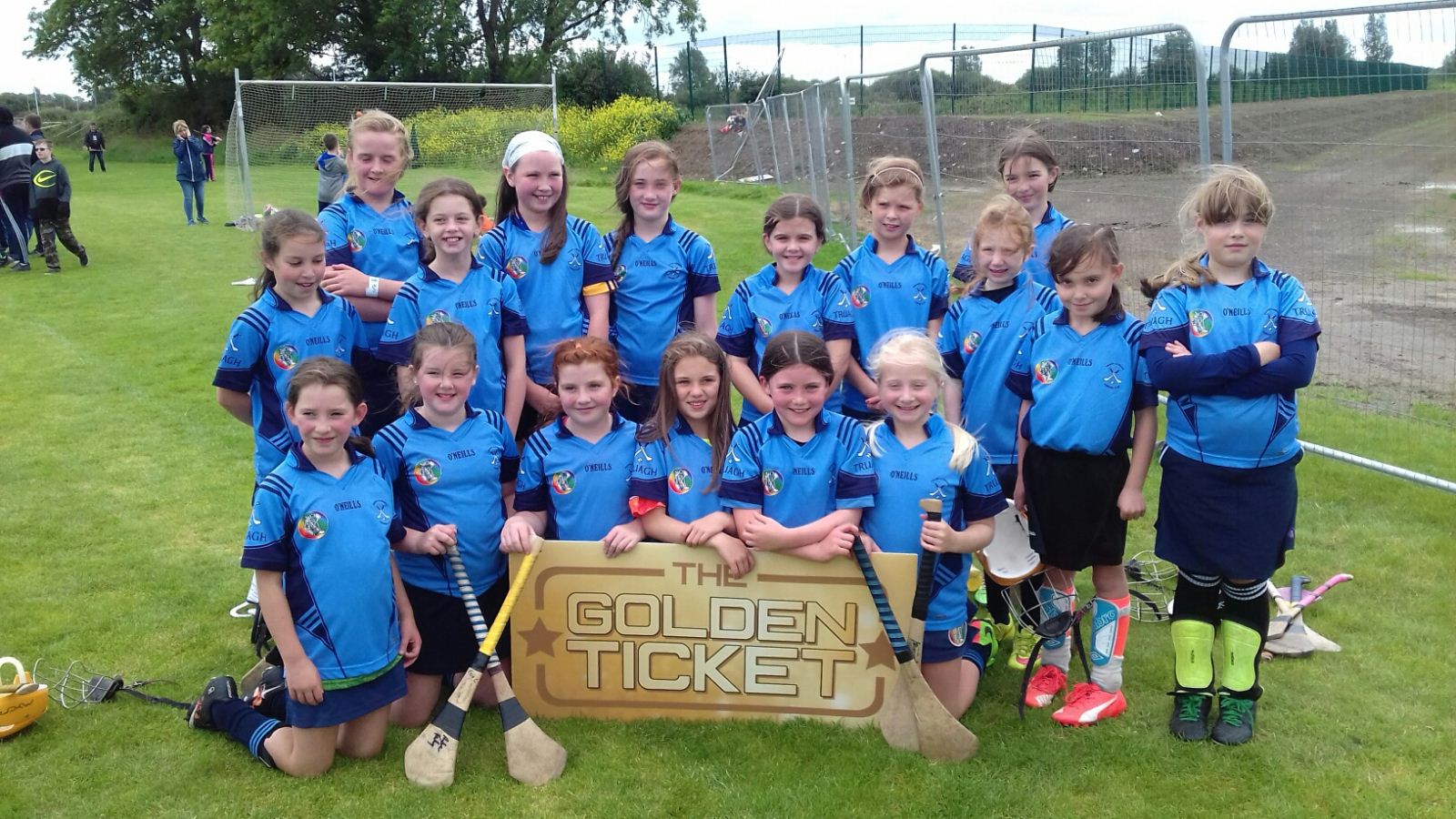 Truagh Clonlara Clare
Check out all team pics on:
Golden Ticket Blitzes
Munster Minor Blitz
Saturday 26th August saw the first Munster Minor 7 a side Blitz of the year take place at Mallow GAA complex.
4 teams from Kerry, Clare and Limerick all took part in the blitz, which was aimed specifically at increasing the amount of game time for players at that age group.
A lovely sunny day saw plenty of matches played, and a big thank you to referee Alec Morrissey for looking after proceedings. A big thank you to Mallow GAA for use of their facilities. 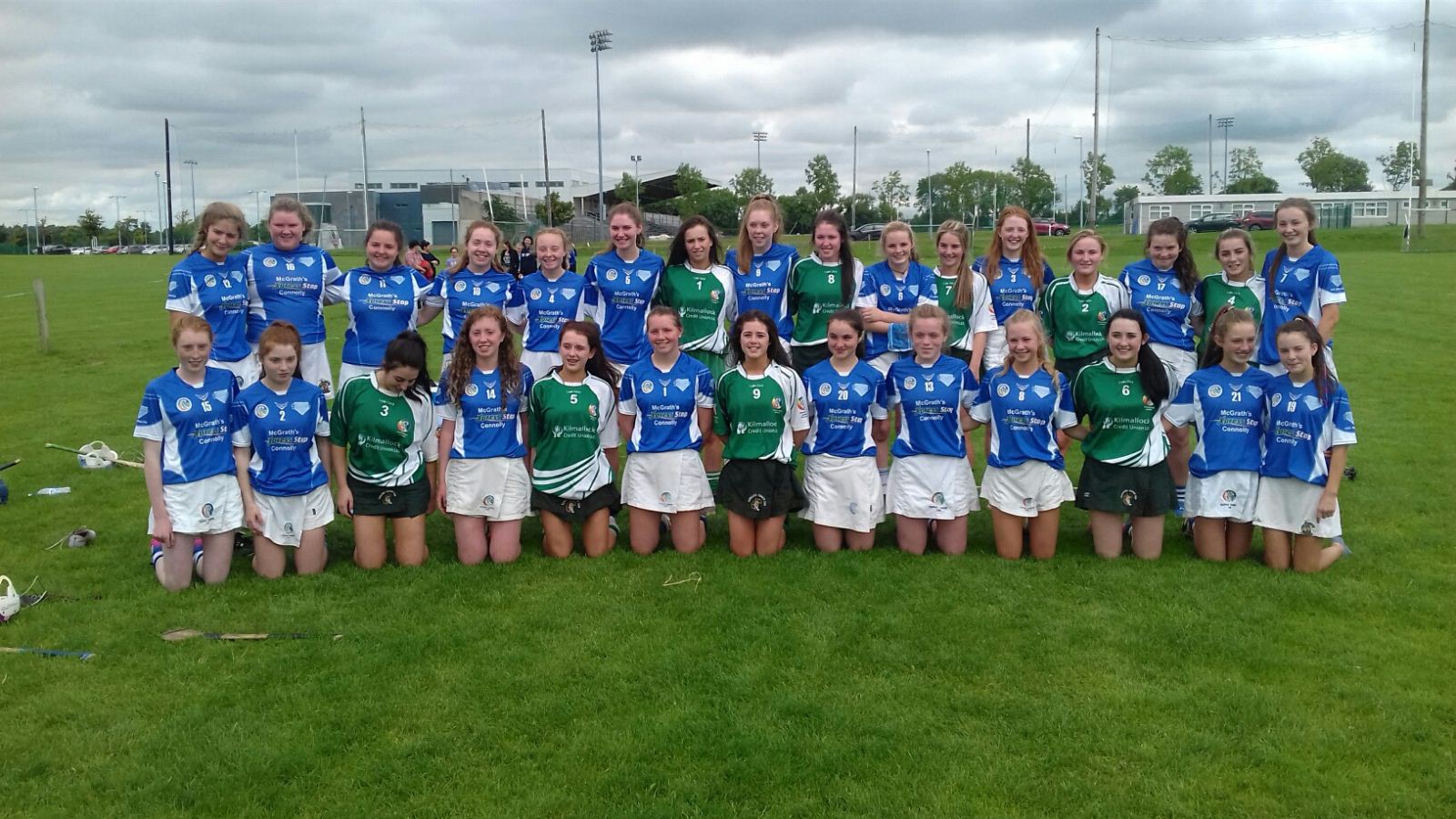 Kilmallock Limerick & Kilmaley of Clare
For more information on further fixtures for this age group or to give feedback on future plans please contact Munster Participation and Growth Co-ordinator Stuart Reid on stuart.reid@camogie.ie
Player Welfare Survey
The Camogie Association are currently undertaking research, through Player Welfare Coordinator Paul O’Donovan, aimed at the welfare of club players.  The first stage of the Player Welfare Research was completed last Thursday August 24th. The first stage involved a consultation focus group meeting that was aimed at assessing what CLUB players felt were the major issues to address as part of the player welfare questionnaire.
The online questionnaire for club players will be launched in October.
For further information on this please contact Paul O’Donovan paul.odonovan@camogie.ie
Hurl Smart Week – Inter County Players Visits
Murroe Boher of Limerick had a visit from Senior County player Muireann Creamer recently as part of the Hurl Smart Week initiative that took place in June.  Muireann took sessions with underage teams and all were delighted to have an inter county star visit the club. 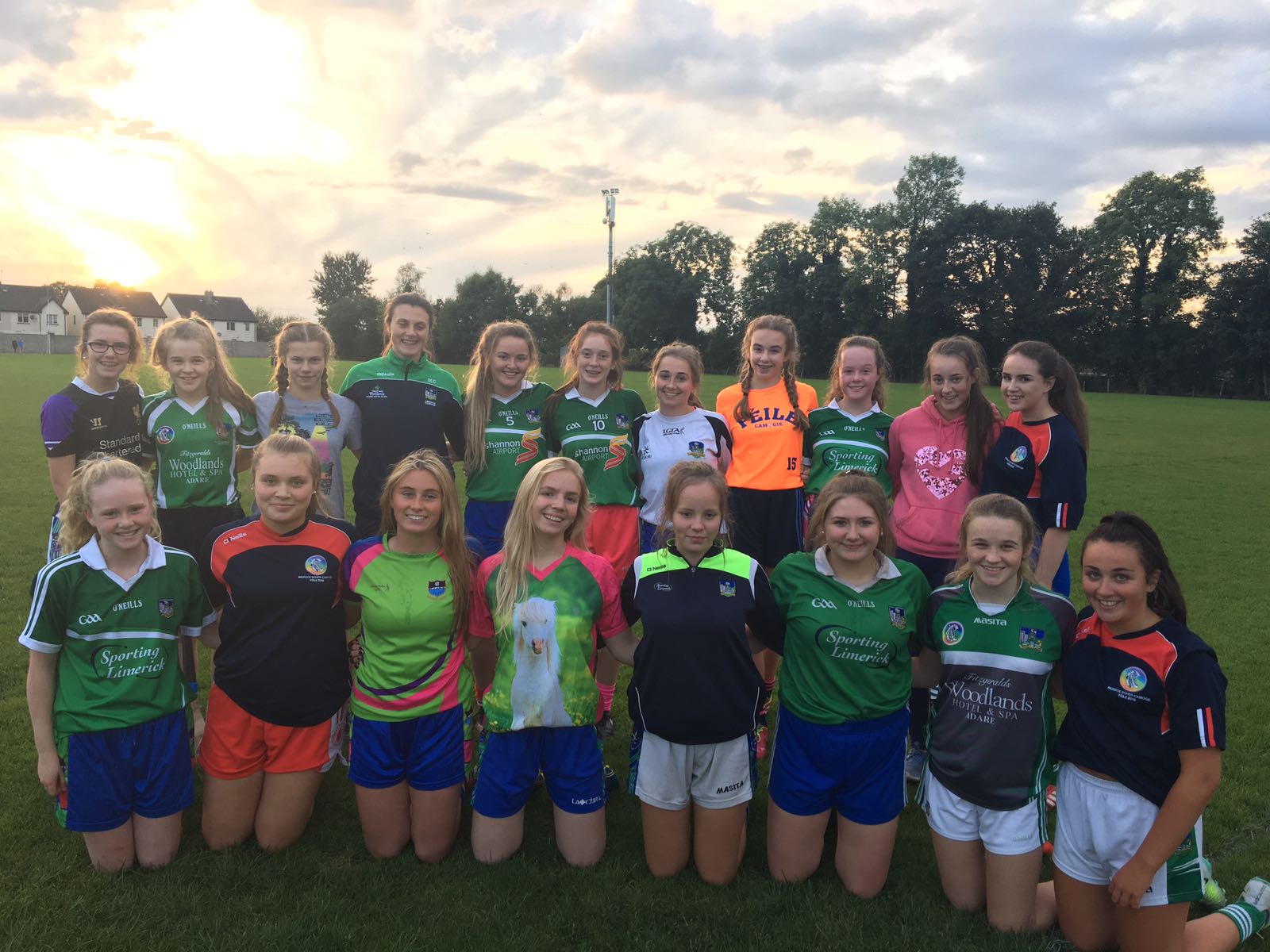 Una Leacy visits Buffers Alley Wexford
Poc Fada to Air on Nationwide
RTE’s Nationwide will be airing their article on the 2017 MD Sports All Ireland Poc Fada finals on Friday September 1st at 7:00pm. The show follows the News on RTÉ1 and will be repeated on RTÉ Plus 1 at 8:00pm the same night. Don’t forget to tune in!
There is a link on the official GAA Poc Fada page https://www.facebook.com/GAA-Poc-Fada-288723721314521/ and we will also be sharing this great news on our Official Facebook page and on Twitter. 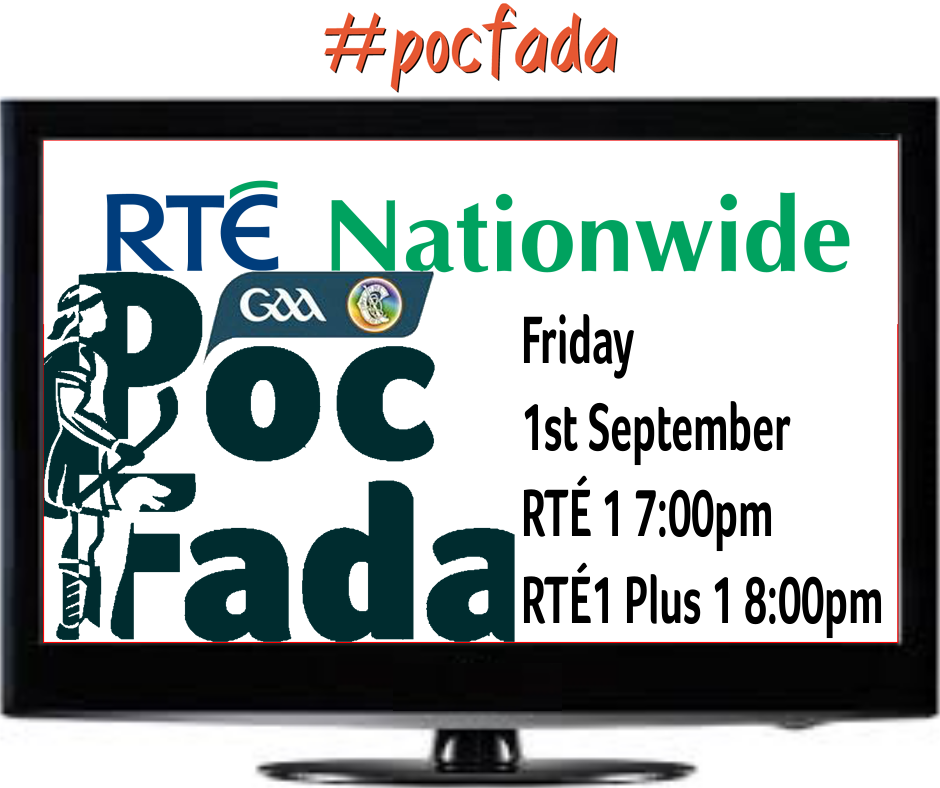