Our 9 nominees for the Full-Back Line All-Stars Awards

Our 9 nominees for the Full-Back Line All-Stars Awards

Latest
With nine players nominated for the three Full-Back Line defensive positions we take a closer look at the players in contention for an All-Stars award, sponsored by Liberty Insurance.
Máire McGrath (Clare) – The Banner County nominee is one of only three Clare players to ever win a Camogie All-Stars Award and she looks to add a second trophy to the collection. The Sixmilebridge player was in great form again this year and is regarded as a leader in the Banner County defence. In total, it is her third All-Stars nomination.

Marie McGrath (Clare) in action
Rena Buckley (Cork) – As one of the most decorated female talents in the country Rena Buckley needs no introduction. The Rebel full-back was in flying form again this year, using all her experience to help guide Cork to the All-Ireland honours in September. Unbelievably, this is Rena’s tenth All-Stars nomination with four awards already secured. 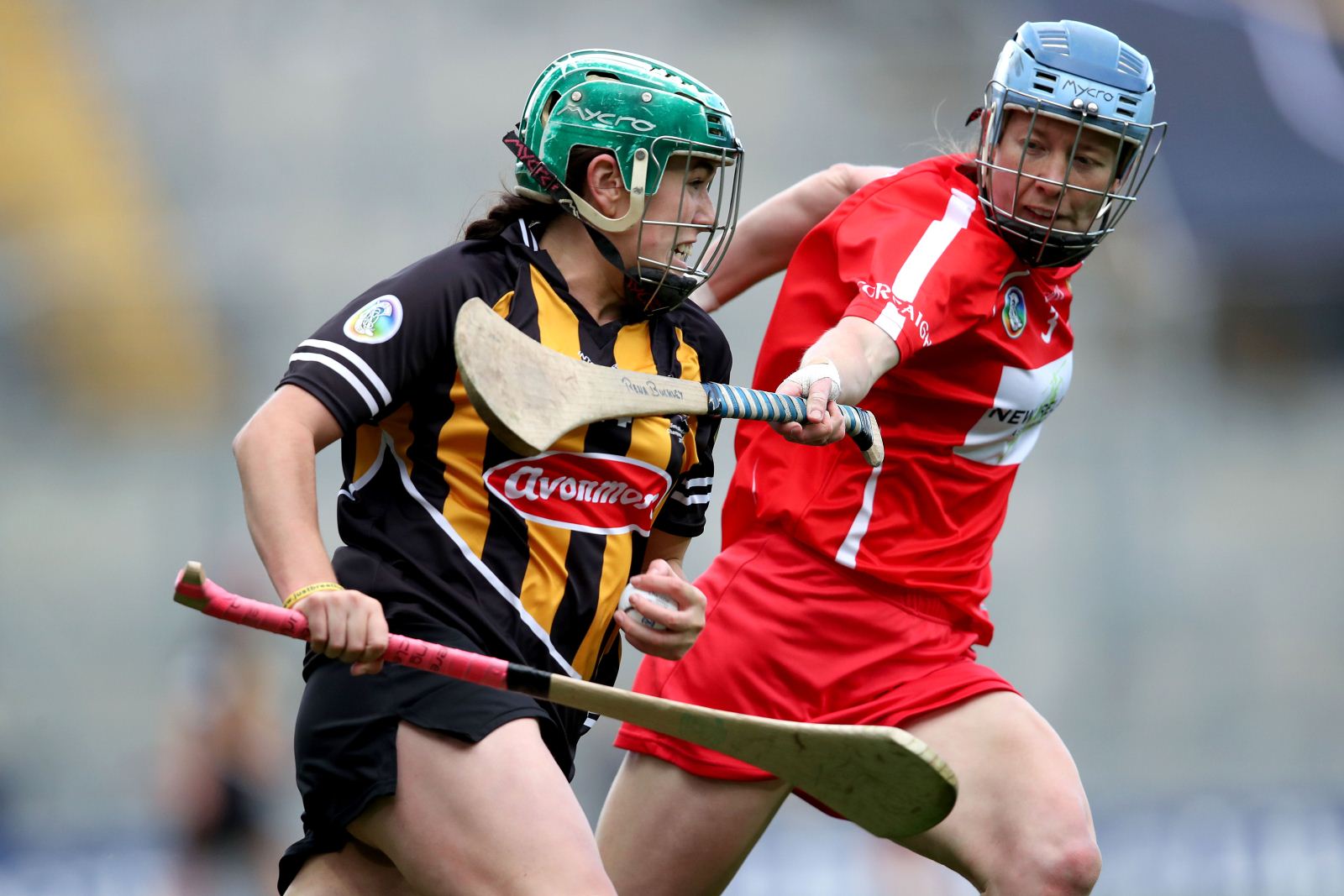 Rena Buckley (Cork) defends against Miriam Walsh (Kilkenny) during the All-Ireland Senior Final.
Laura Treacy (Cork) – The Killeagh corner back was very solid again this year as she claimed her second All-Ireland title in September. For her efforts, she has received her fourth consecutive All-Stars nomination and she will be hoping to go one further and finally claim one of the solo awards. Her talents have seen her claim two third level colleges All-Stars awards with WIT. 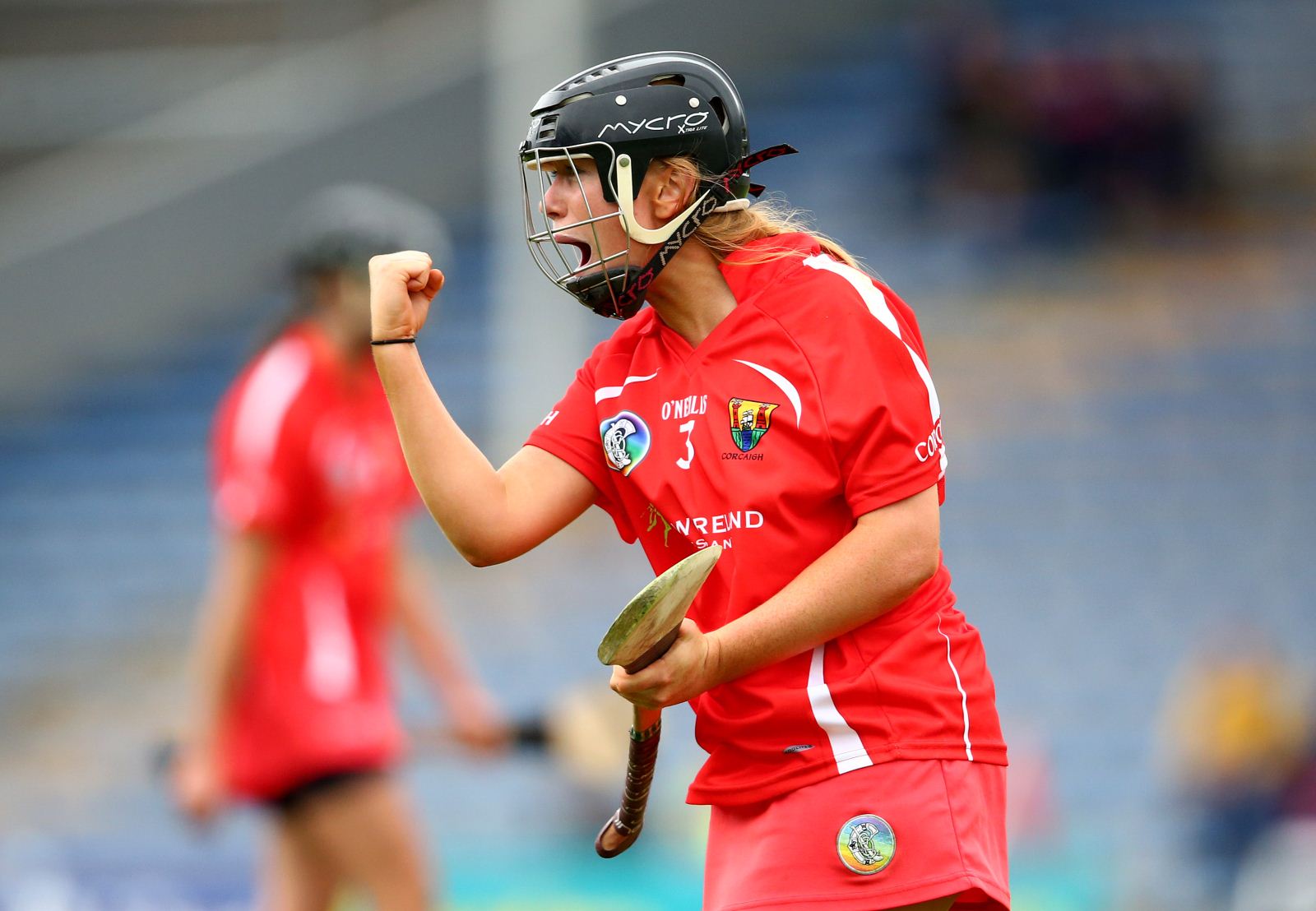 Laura Treacy (Cork) celebrates against Wexford in the All-Ireland Semi-Final
Eve O’Brien (Dublin) – O’Brien receives her first All-Stars Award nomination after some excellent performances in the Dublin rear-guard. While having plenty of club experience behind her the Na Fianna ace only came onto the Dublin panel in 2016 and having already earned the captaincy in her second year she is no doubt a player to watch out for over the coming years.

Eve O'Brien (Dublin) is chased by Julie Ann Malone (Kilkenny)
Áine Woods (Dublin) – Dublin’s reliable corner-back had a season to be proud of, contributing immensely to a first Championship Semi-Final appearance for her side in 27 years.  Woods has received back to back GAA Scholarships with DCU, showcasing her ability on the GAA pitch and those efforts have transpired to the county set up where she receives her first All-Stars nomination. 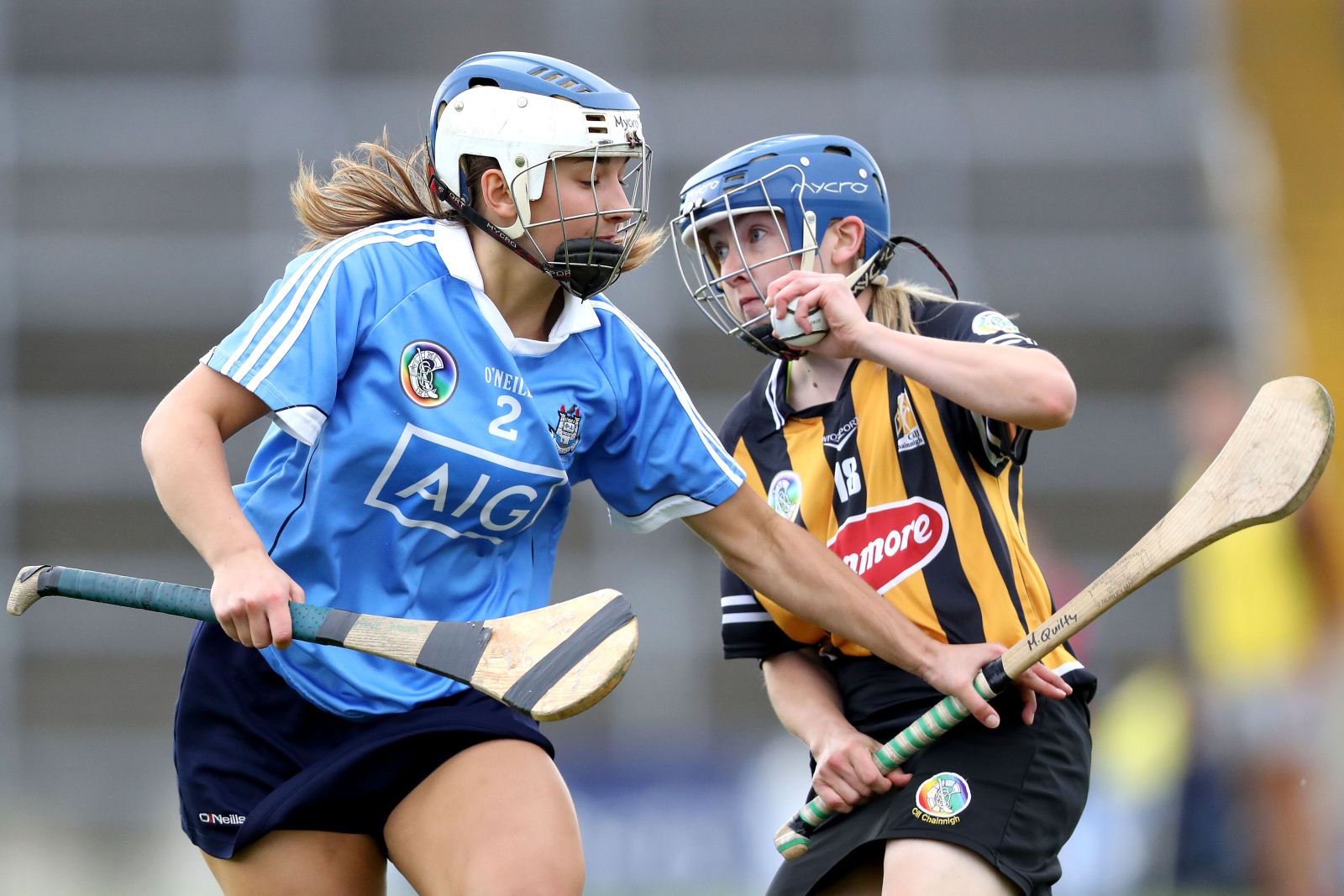 Aine Woods (Dublin) up against Michelle Quilty (Kilkenny)
Tara Kenny (Galway) – One of six Galway players nominated, Kenny has had another solid year in the maroon rear-guard. The Sarsfields player was close to All-Ireland Final appearances with both club and county, missing out to Slaughtneil in the AIB All-Ireland Club Championship Semi-Final, while Galway fell short to eventual champions Cork in the All-Ireland Semi-Final stages. Kenny receives her maiden All-Stars nomination. 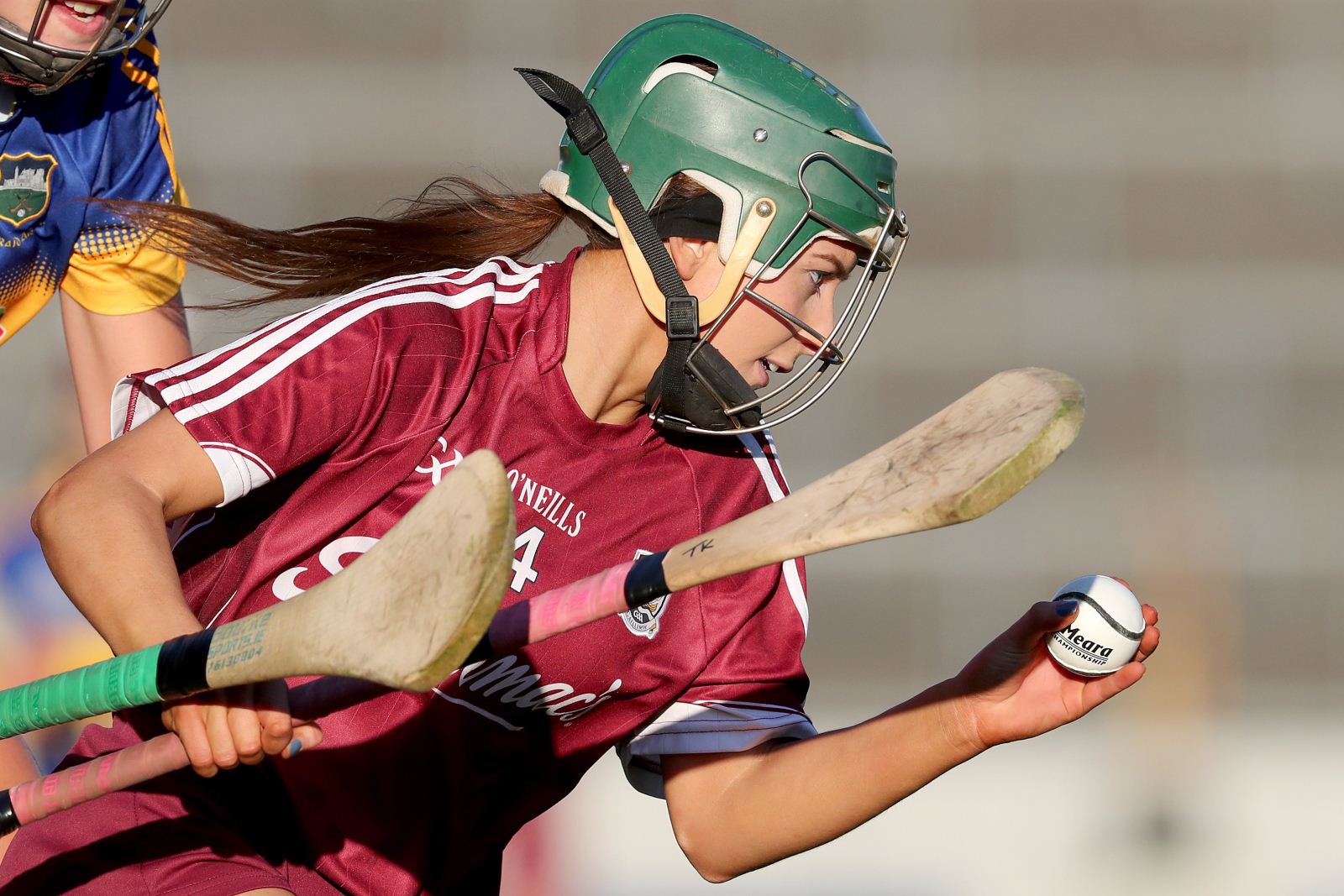 Tara Kenny (Galway)
Catherine Foley (Kilkenny) – Despite finishing the season on a difficult note with All-Ireland Final heartbreak Foley can still feel positive about her successes this year, claiming League and Leinster titles for the Cats and winning the Purcell Cup with her college D.I.T. The Windgap corner back is not the first to be receiving her first All-Stars nomination this year and she will be looking to make amends for the heart-breaking loss in September. 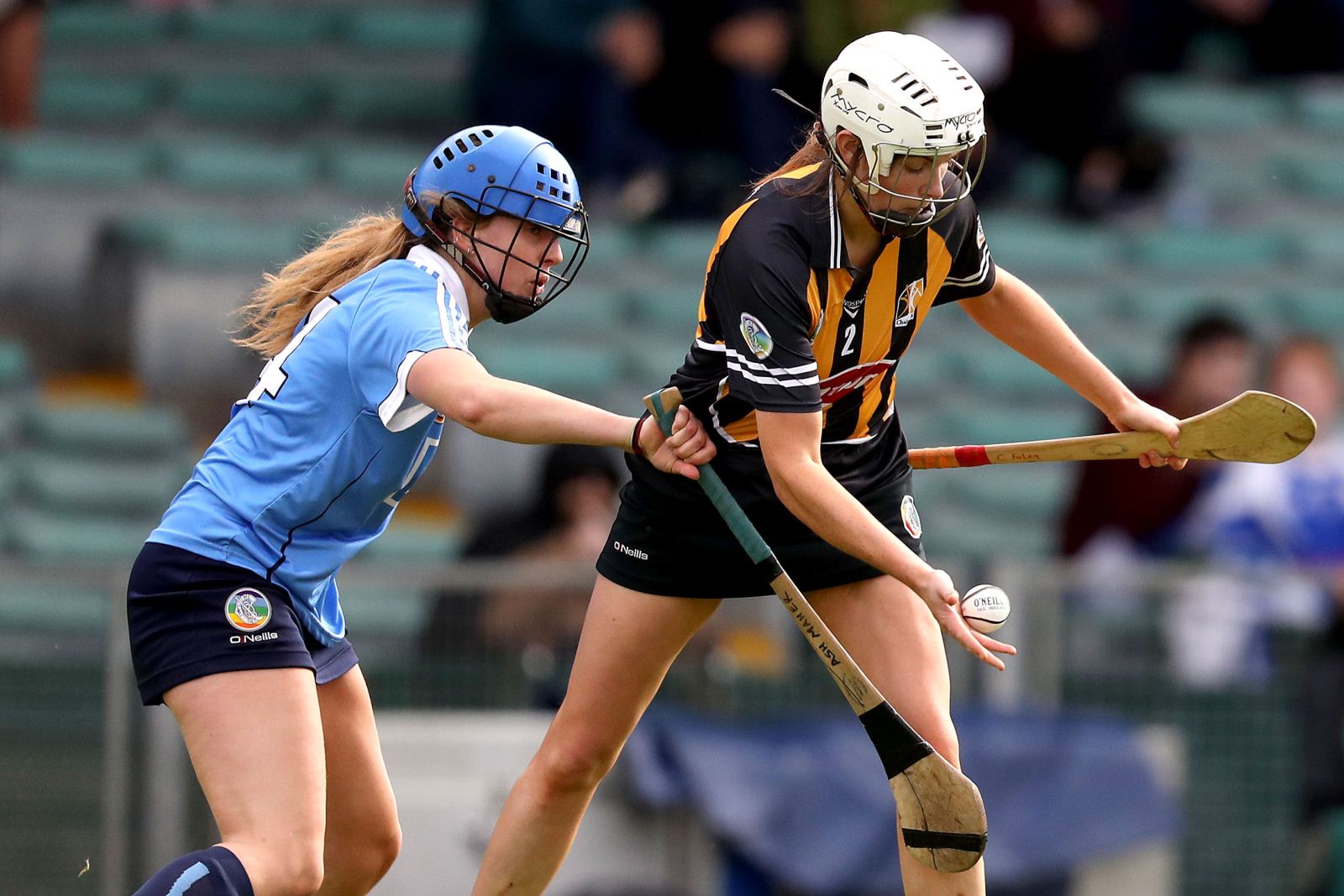 Catherine Foley (Kilkenny) in action against Aisling Maher (Dublin)
Grace Walsh (Kilkenny) – Walsh is one of the most experienced players in the Cats defence and has had lots of success down through the years. Born into a GAA family she has followed in her brother’s footsteps receiving All-Ireland, Provincial and League titles, while also being up for an All-Stars award. The student nurse from Tullaroan turned in numerous consistent performances and is deserved of a nomination. 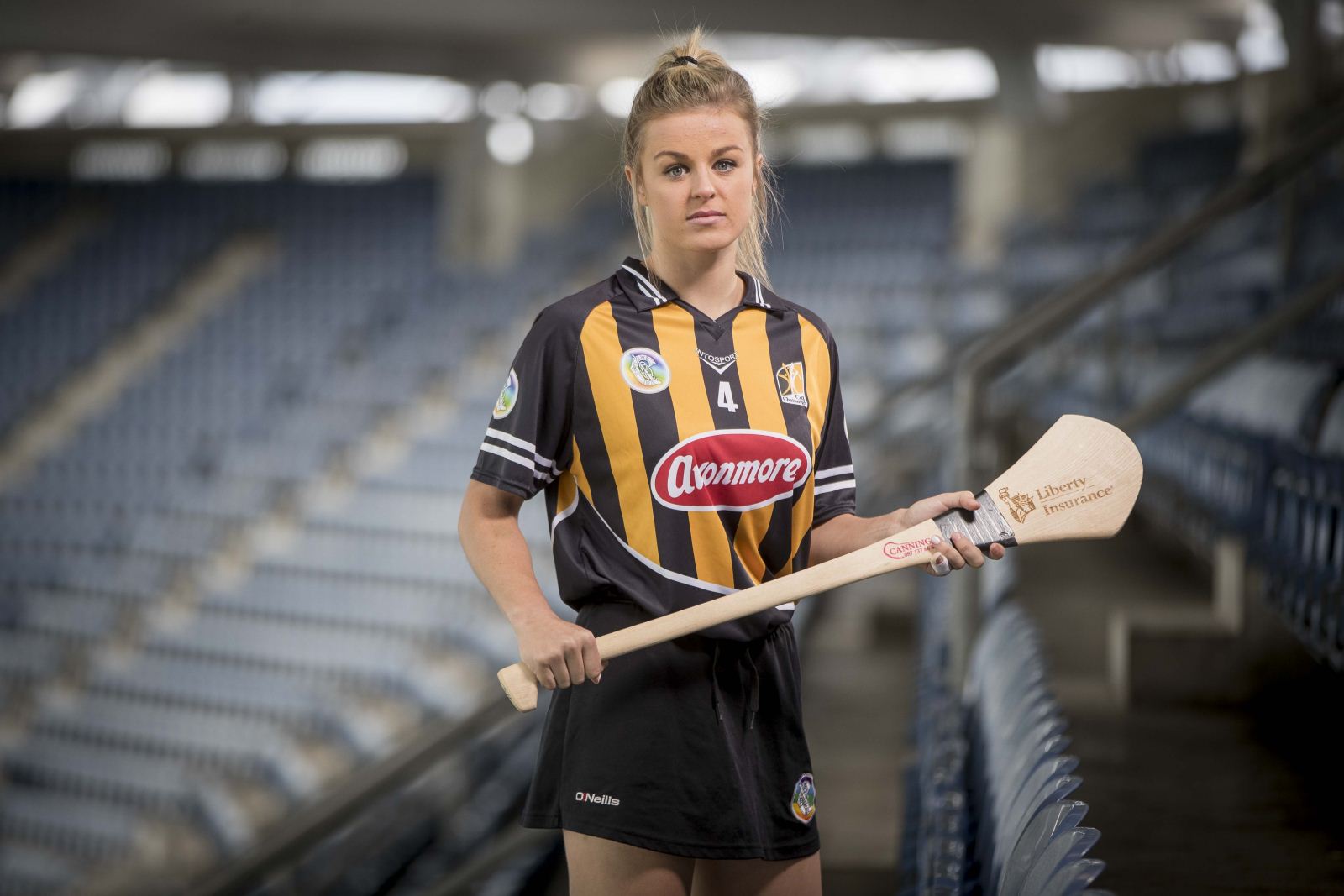 Grace Walsh (Kilkenny) at the Liberty Insurance All-Ireland Senior Camogie Championship Semi-Finals Captain's Photocall
Sarah O’Connor (Wexford) – It was a disappointing season for Wexford who lost out at the Quarter-Final stages in both Provincial and All-Ireland championships but O’Connor was one stand out player for the Yellowbellies in the process. The 19 year-old will have a fantastic future ahead of her having claimed numerous honours at underage level and this year bags consecutive All-Stars nominations. O’Connor will be looking to go one better than last year and claim the prize.

The awards night takes place in the Citywest Hotel on November 4th. If you wish to purchase tickets for the Awards, then please complete and return a Ticket Order Form to info@camogie.ie or contact the Camogie Association on 01 8658658. Tickets are priced at €75 per person with corporate packages also available.