Over 1200 girls to take part in the All Ireland U14 Competition this weekend!

Over 1200 girls to take part in the All Ireland U14 Competition this weekend!

Latest
51 teams- 29 counties- -8 locations-5 divisions!
It’s the All Ireland under 14 Camogie Championship blitz this weekend Saturday 12th September!
This is the fourth year of this great competition. If you wish to support your county at this event, details of fixtures and times are below. The girls will parade in Croke Park on Sunday the 13th September at the Liberty Insurance All Ireland Finals! Pictured above the Under 14 parade from 2014 All Ireland final day.
Division 1 Fixtures 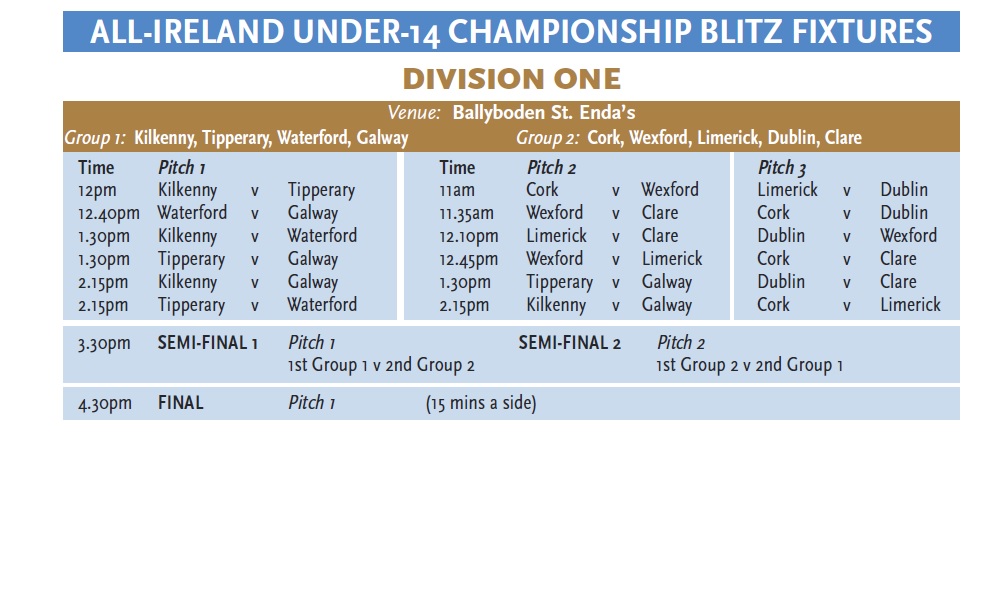 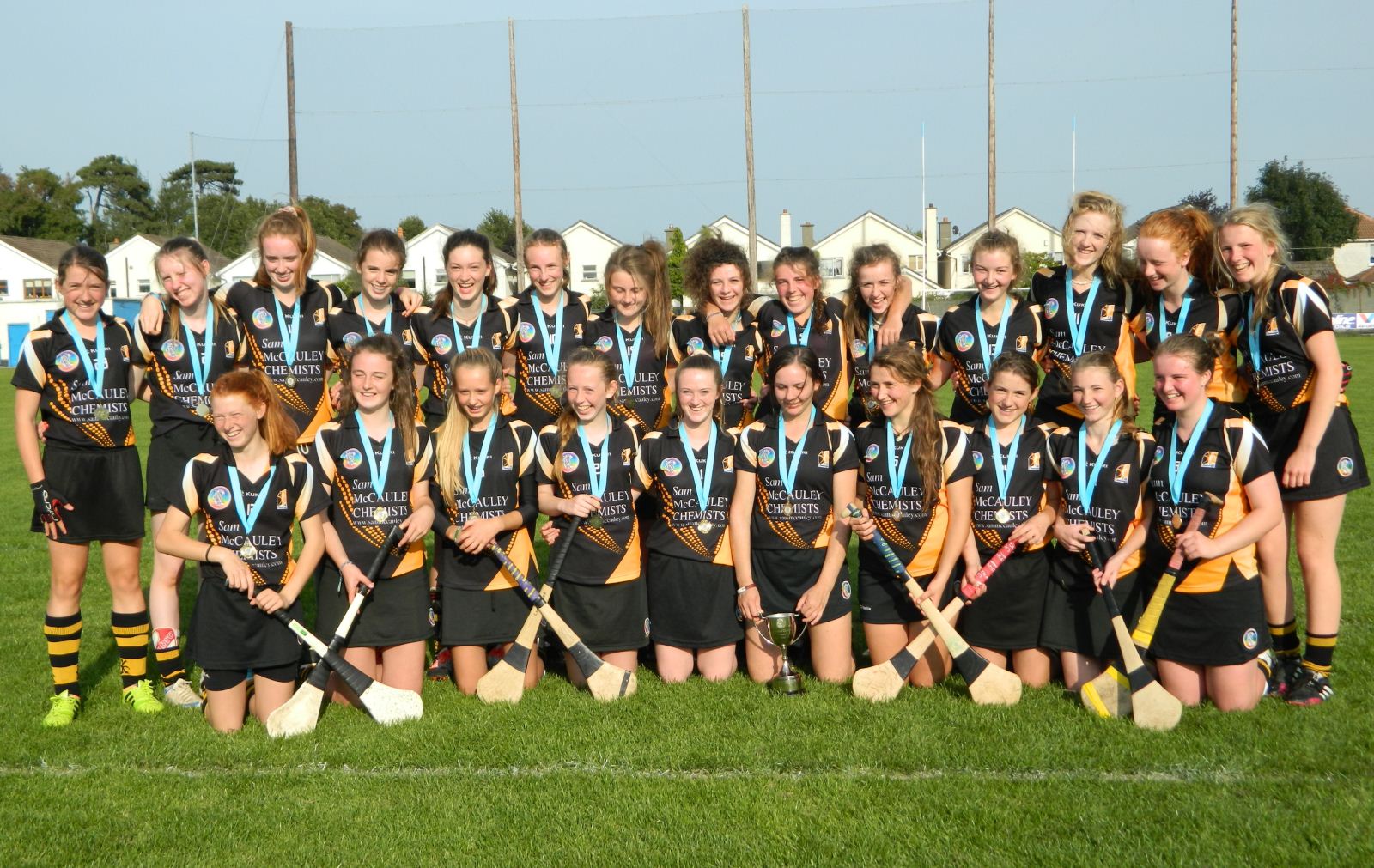 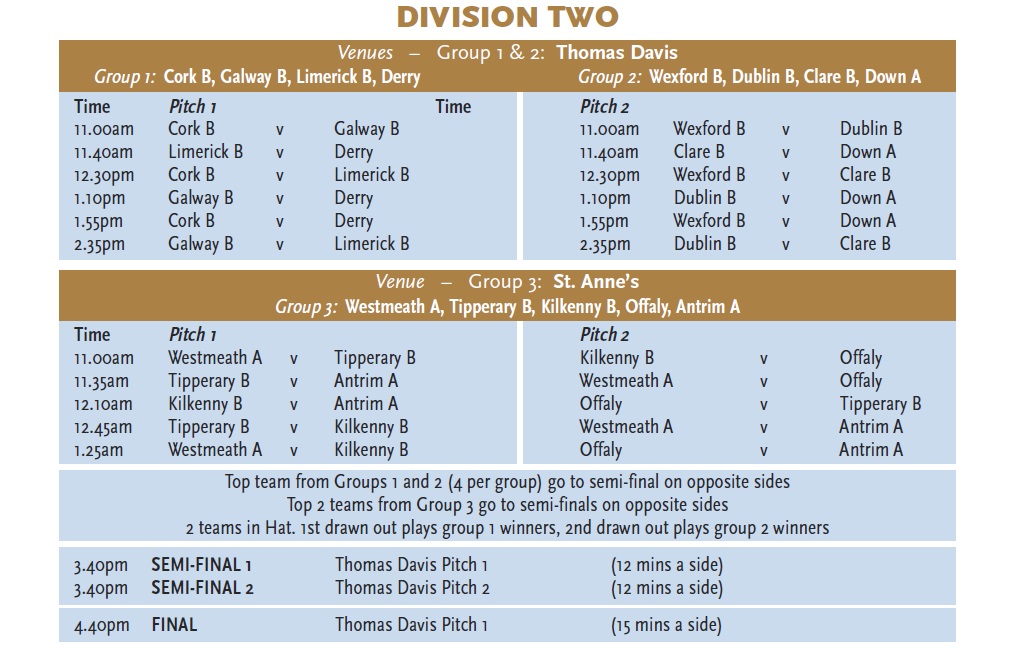 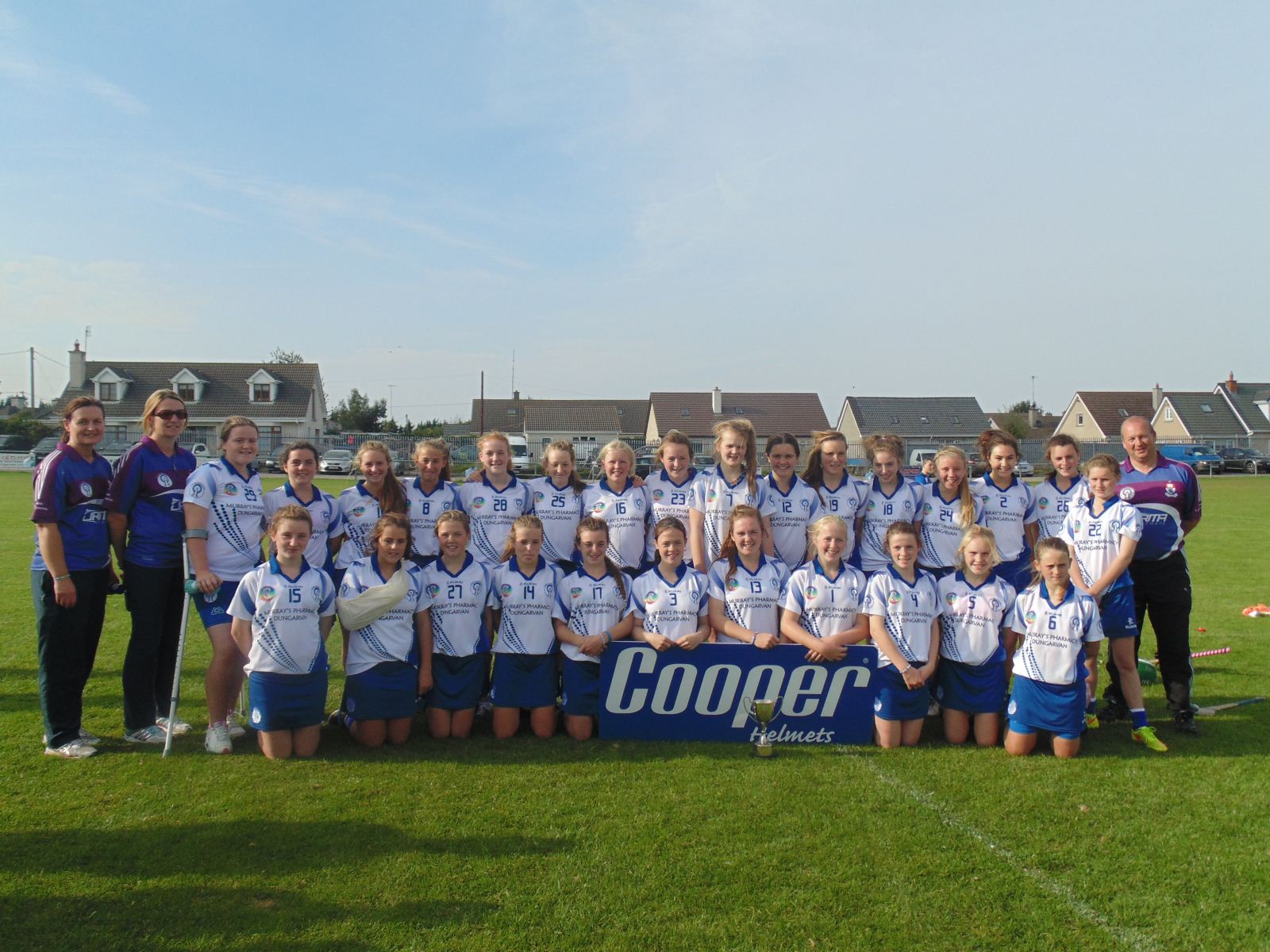 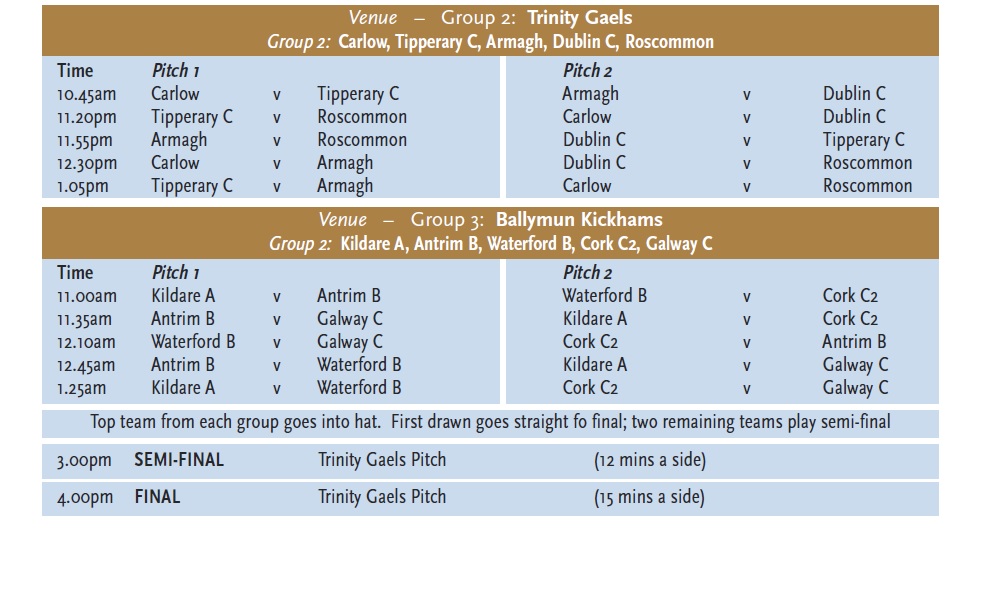 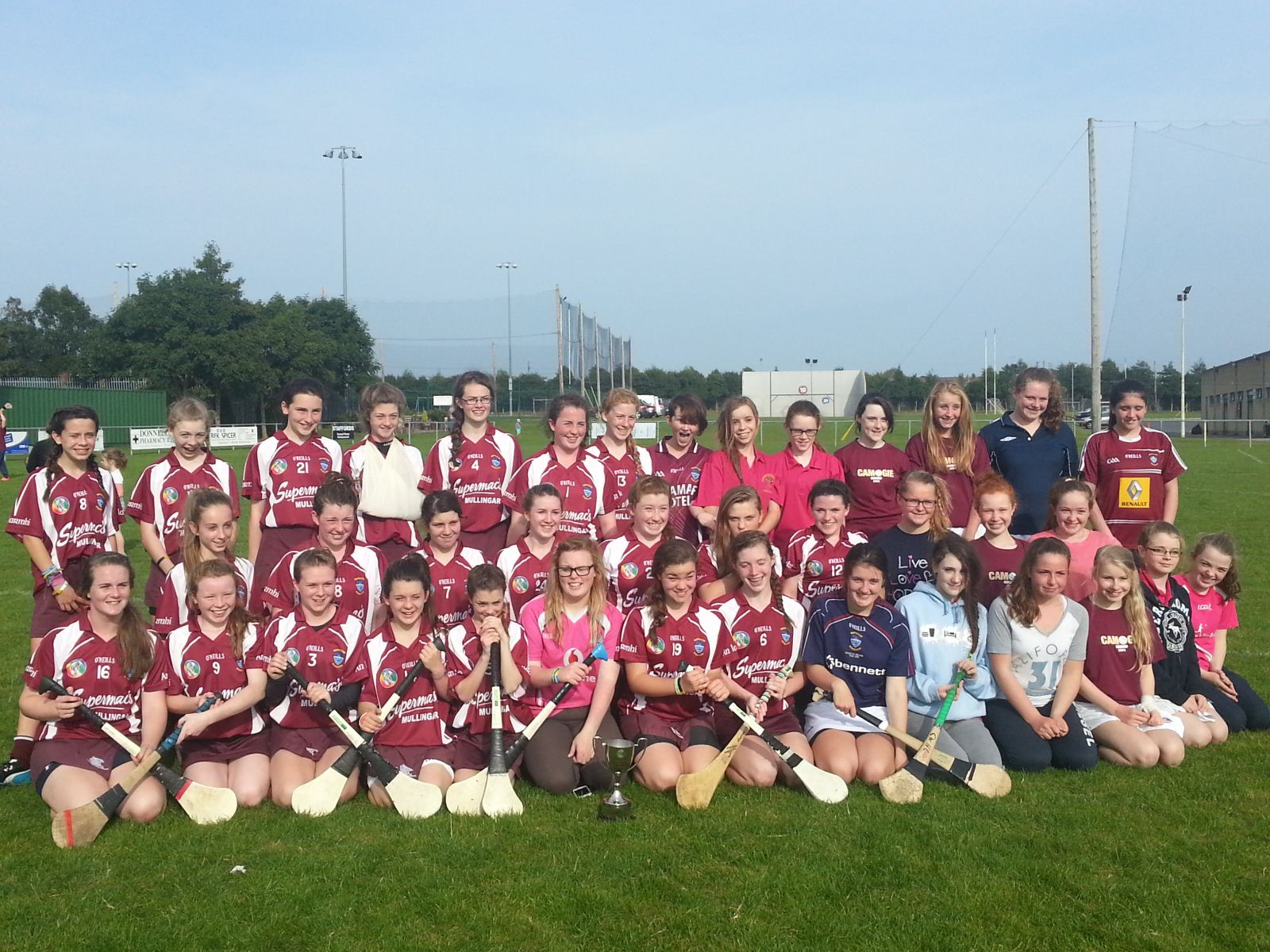 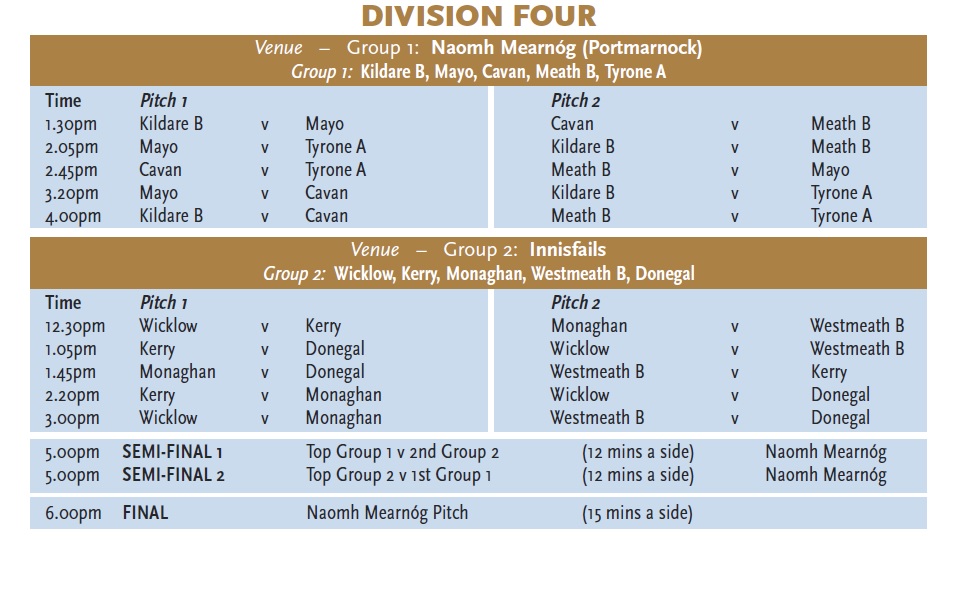 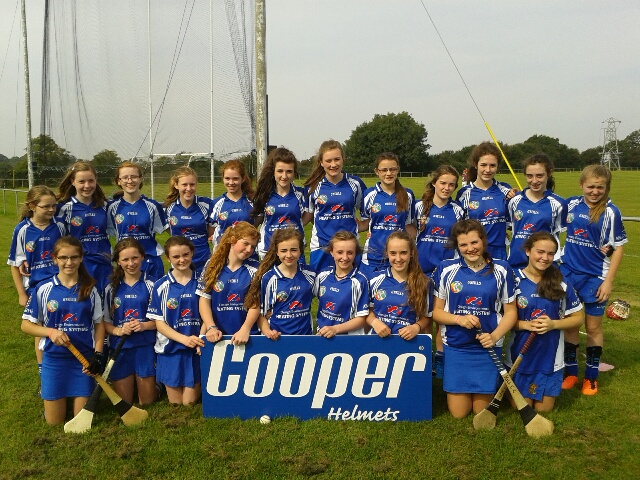 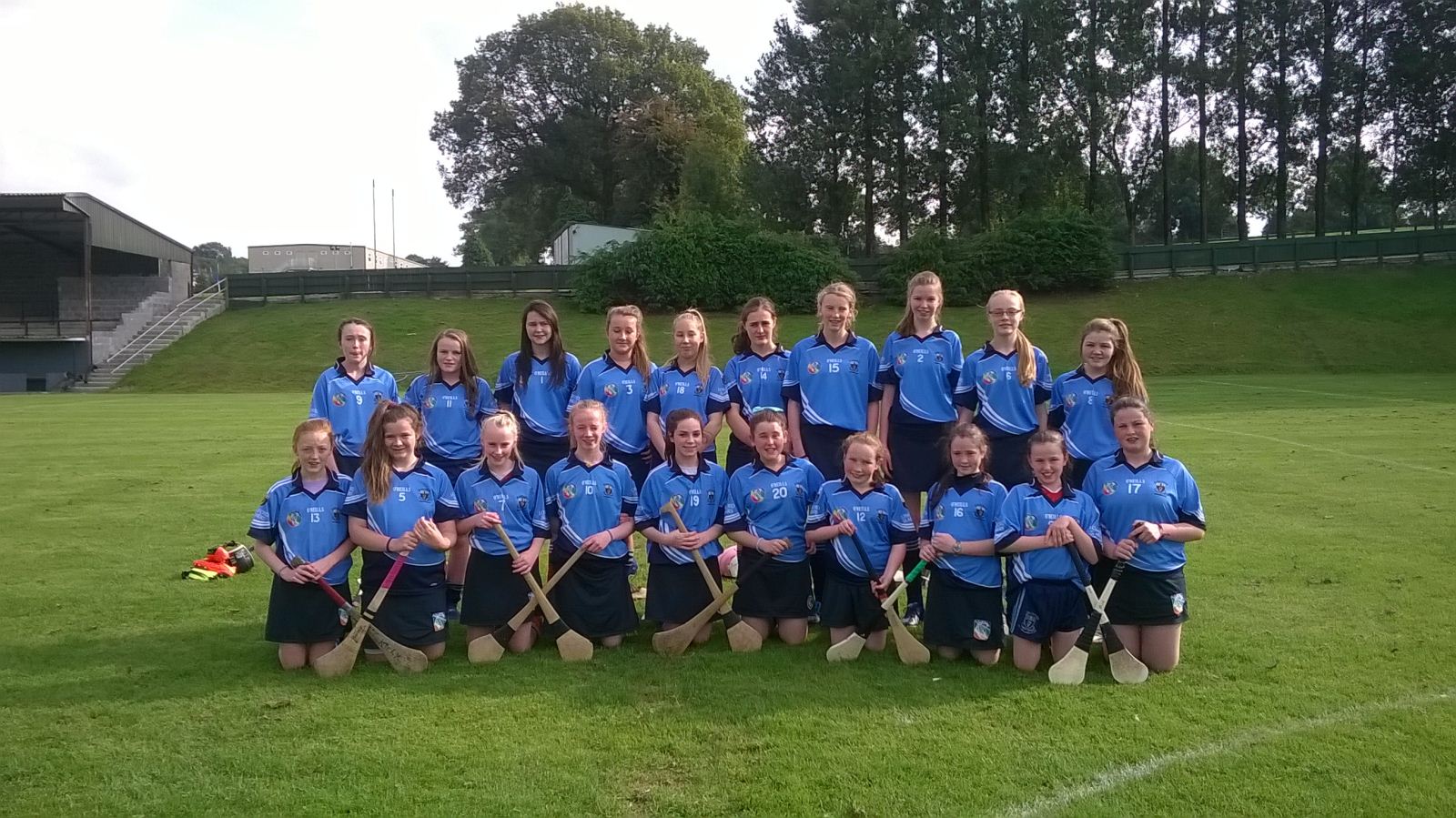 Longford- 2014 Division 5 Winners
The Cups for the All Ireland under 14 championship are named after the following people.
Division 1        Mary Moran
Division 2        Lily Spence
Division 3        Rosina Mc Manus
Division 4        Sophie Brack
Division 5        Michael Kennedy
Mary Moran
Mary Moran was born in Limerick and moved to Cork and the age of 11. She enrolled in St Aloysius School where she took up Camogie. Mary won Cork and Dublin Championships with Old Aloysius and Celtic respectively. She collected an All-Ireland senior medal with Cork and was a member of the Celtic team that won the first All-Ireland club championship.
Mary chaired Cork Camogie Board from 1968 to 1978 and coached Cork teams to win All-Ireland Minor, Junior and Senior titles. In 1979 Mary was elected president of the Camogie Association. Mary was the secretary of Munster All-Ireland colleges for 32 years and served as president of the All-Ireland College’s council. She also filled the roles of National coach, National P.R.O, Inter-County Referee and Trustee of the Association. Mary has written the History of Munster Colleges, All-Ireland Colleges and Munster Colleges, Cork and Munster Camogie along with ‘A Game of our Own’ Camogie’s story.
Lilly Spence
Lily a member of St. Teresa’s Camogie Club in Belfast, Lily was elected President of the Camogie Association in 1956. She was introduced to Camogie at St. Dominic’s School and made the playing panel in her first year. She collected an All-Ireland medal in 1947. Lily headed the new All-Ireland colleges Council when it was formed in 1969. When her term of office was complete she was voted treasurer of the Camogie Association, a role in which she filled for twenty years. Lily excelled at refereeing and took charge of four All-Ireland Senior Finals.
Rosina McManus
A native of Kilkeel Co.Down, Rosina McManus was elected President of the Camogie Association in 1968. She was instrumental in setting up the inaugural courses at Orangefield Belfast. Rosina’s enthusiasm and light hearted approach as secretary of the National Coaching Committee was one of the main reasons for success of the courses at Gormanston College. She moved to Belfast and made huge contribution to her adopted county in Camogie terms. She served many roles in Antrim and Ulster but her Passion was with the underage. Rosina was coach to Antrim minors and led them to an All-Ireland Final. She was appointed to North of Ireland Sports Council and Cospóir. Rosina passed away on June 17th 2008.
Sophie Brack
From Ballybrack in the foothills of the Dublin Mountains, Sophie wore the colours of Slieve Bloom, CIÉ and Austin Stacks. Sophie’s leadership qualities were recognised by the Dublin selectors who named her captain for six All-Ireland campaigns winning the O’Duffy cup each time. She won eight All-Ireland titles from 1948 to 1955 and represented Leinster in the Jubilee exhibition in 1954. Sophie was as intelligent forward who distributed the ball brilliantly and scored her share of goals. Sophie gave her time to Dublin County Board and Leinster Council as registrar and selector over lengthy periods. Sophie passed away in 1996.
Michael Kennedy
Michael Kennedy was the driving force behind the Pearses Camogie team (Co. Galway) that won the All-Ireland Club Championship on 5 occasions.  He excelled at teaching the skills of camogie to young players. Michael was chairperson of the Galway Co. Board when the county won the All-Ireland senior championship in 1996.  A real gentleman, he managed the Galway and Connacht teams.   Michael chaired Connacht Council in 2001-2003 and 2005 and contributed significantly to Ard Chomhairle. Always in good humour, Michael worked tirelessly for the game at all levels. Michael passed away on 13th September 2007.
.