Latest
Ard Chomhairle Secretary Marie Kearney and former President of the Camogie Association Mary Moran lay a wreath in Killeagh Graveyard, Co. Cork, on Easter Sunday at the grave of Bridget Martin (nee Foley) to commemorate her role during the Easter Rising.
Bridget Foley was the daughter of Irish speaking parents from the Killeagh district Co. Cork. Her brother Risteaird Ó Foghlú was a founder member of Keatings Branch of the Gaelic League. Aged 15 Bridget went to Dublin.
When the Keatings Branch of the Gaelic League established a camogie team in 1904, Bridget was on the team. She played in the first ever Camogie match at Navan against Cú Chullains on July 17th, 1904. Her sister Maggie was also on the panel. 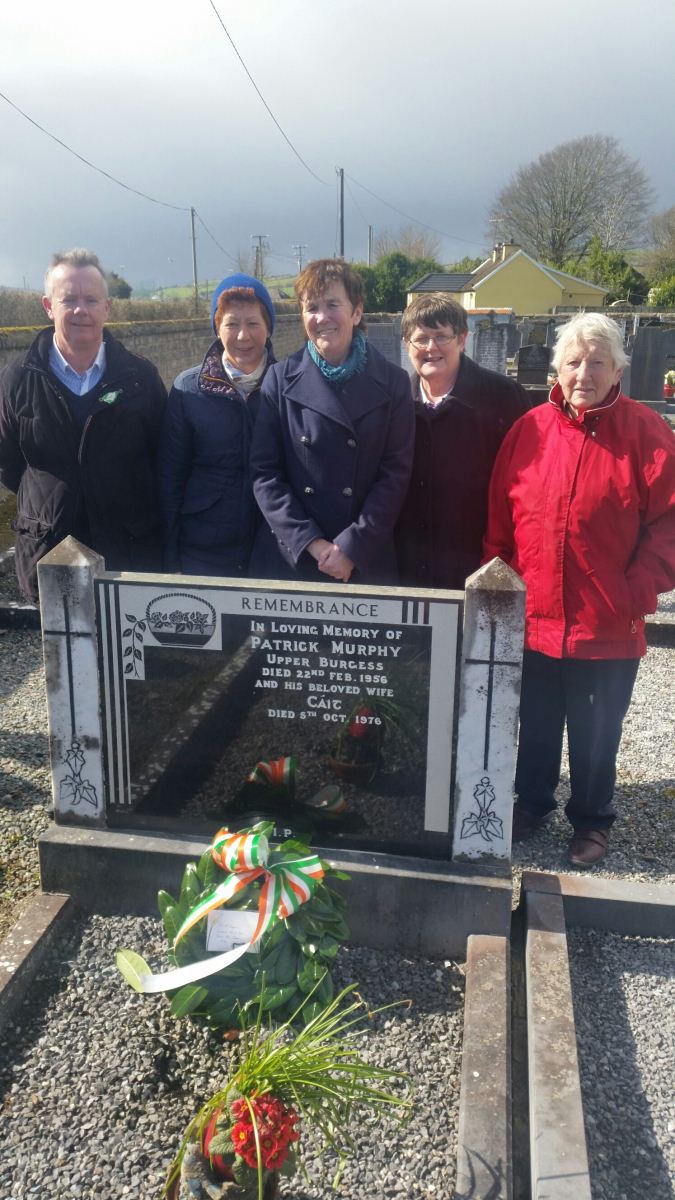 George Fogarty, Killeagh Historical society, Betty Joyce former Cork Camogie player, Ard Chomhairle Secretary Marie Kearney, Ann O'Neill, Killeagh Historical society and Sheila Spillane Killeagh Camogie Club President at the grave of Cáit Murphy (nee Foley).
In 1915 Bridget joined Cumann na mBan and was "roped in", delivering Volunteer dispatches. Sean MacDiarmada said to Bridget: "Always have a nightie and toothbrush ready as you never know when you may be sent with a dispatch".
During Easter Week 1916, Bridget travelled to Cork three times with messages for Tomás Mac Curtain. Bridget and her younger sister Cáit were arrested in Cork on Easter Sunday and later released. Bridget brought her sealed letter to the McCurtain family. On returning to Dublin Bridget reported to the GPO. She was sent to the Hibernian Bank, Skeltons and Church St. Bridget was arrested, spent time in Richmond Barracks, Mountjoy and was sent to Lewes Prison, England.
Following her release Bridget played a very active role in the War of Independence. Her sisters Nora, Cáit and brother Michael all fought in 1916 as well.
Maggie Foley is pictured second left back row, Bridget is in the front row third left in this picture of the Keatings team 1904 from A Game of Our Own, Camogie’s Story by Mary Moran. 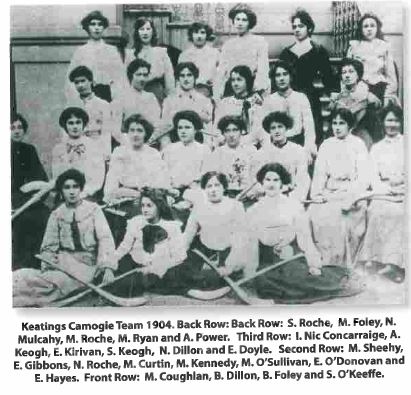