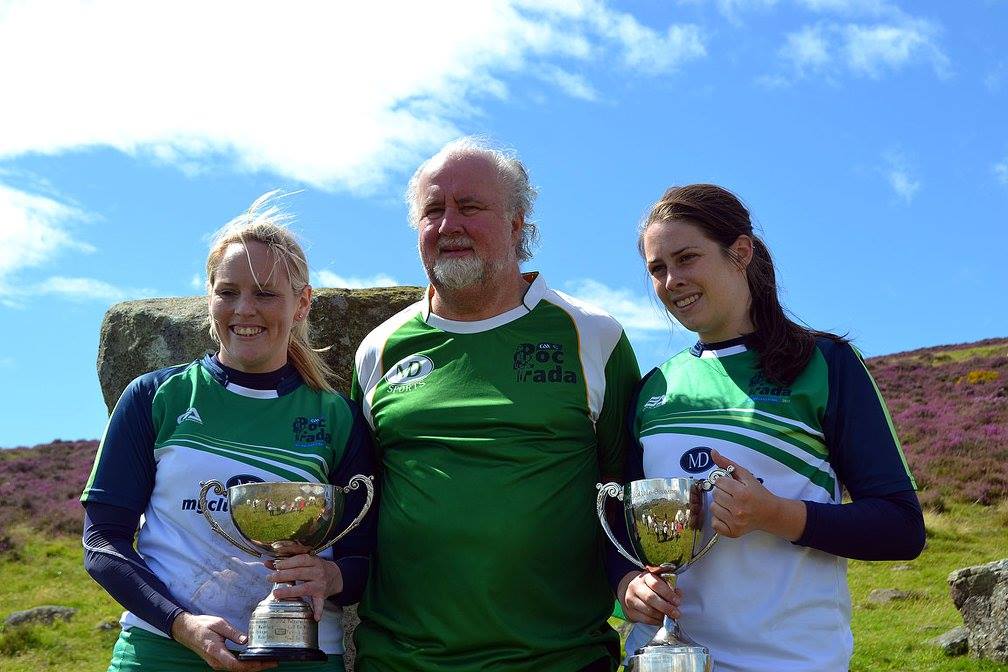 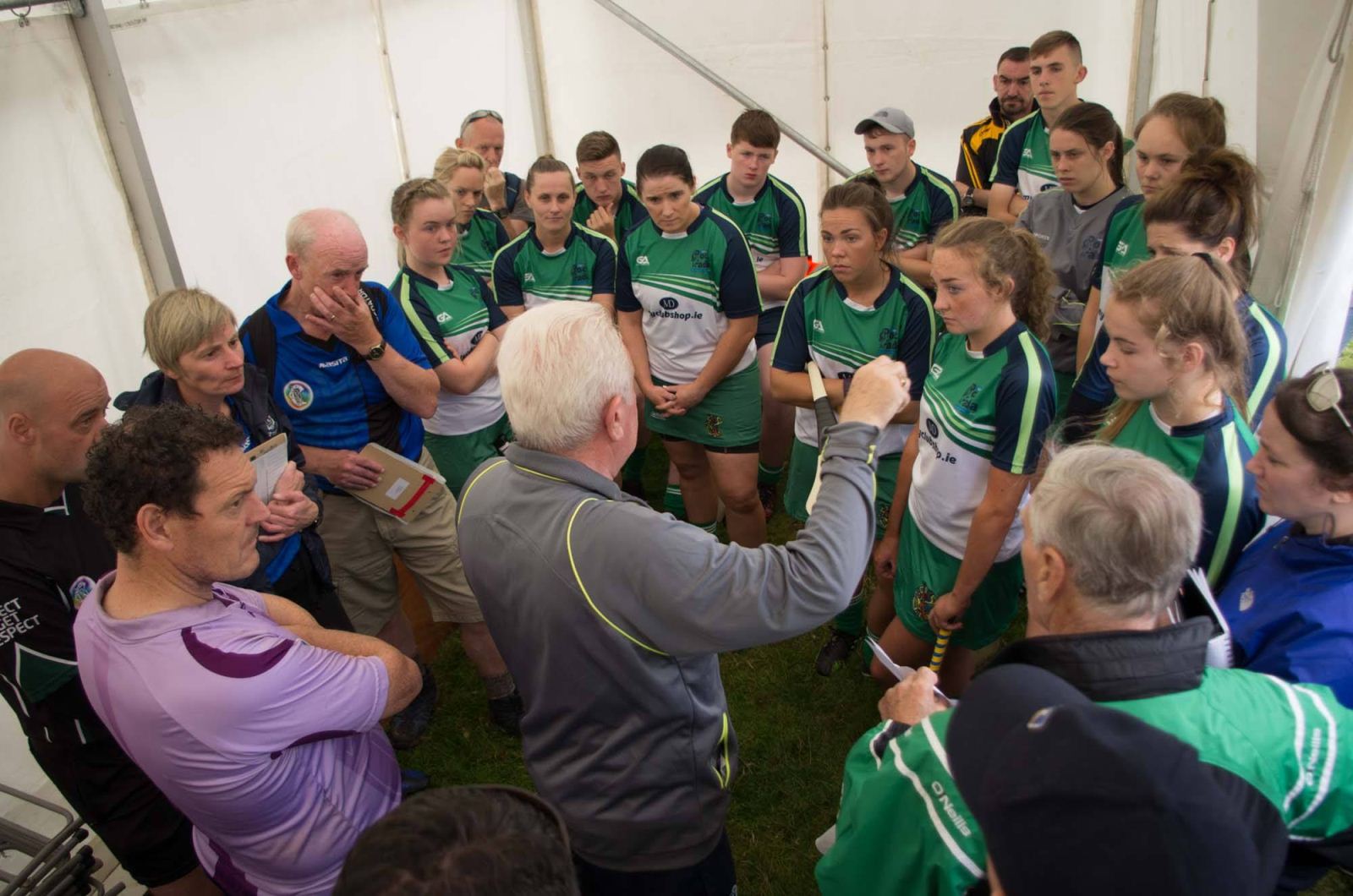 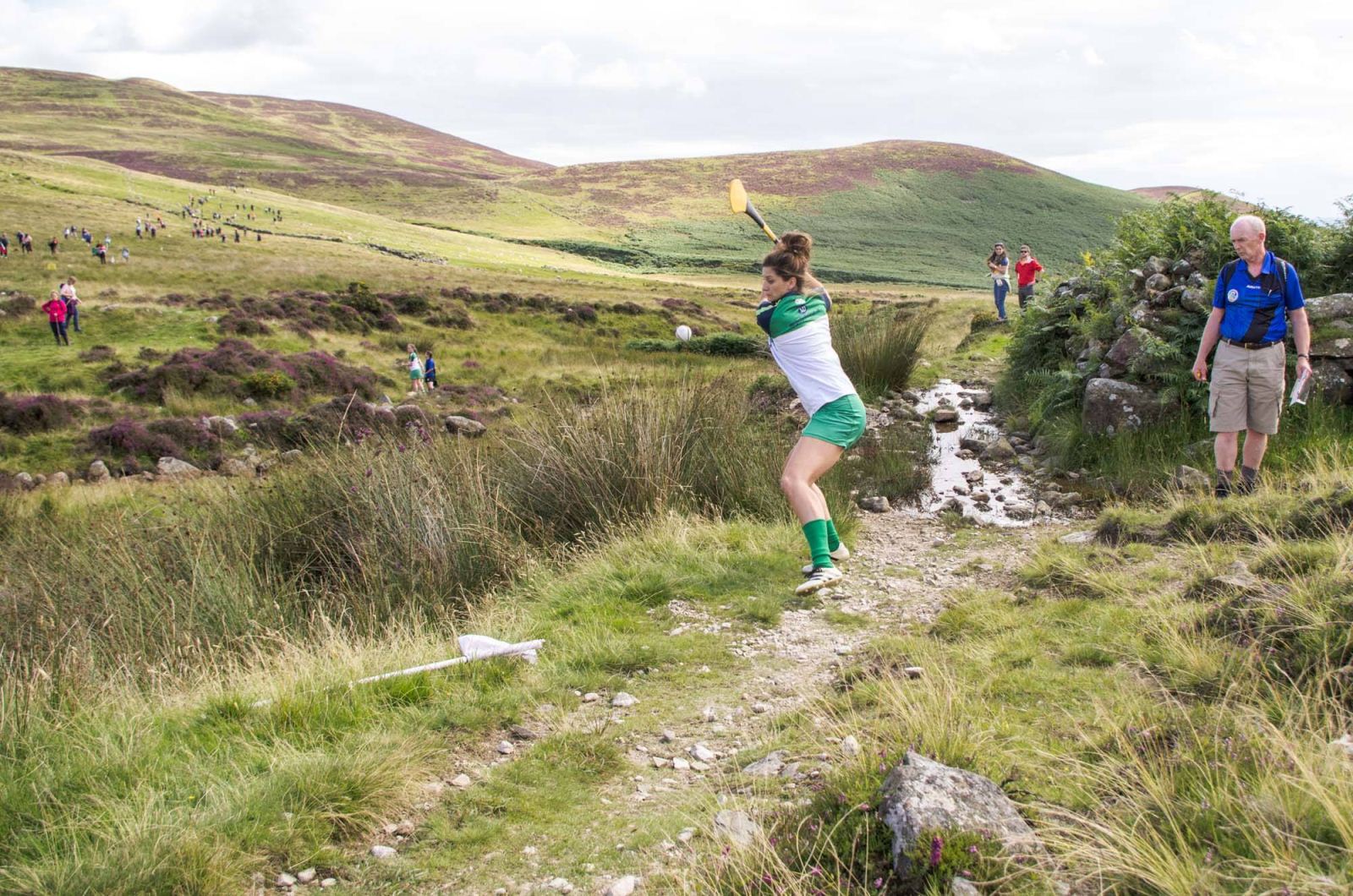 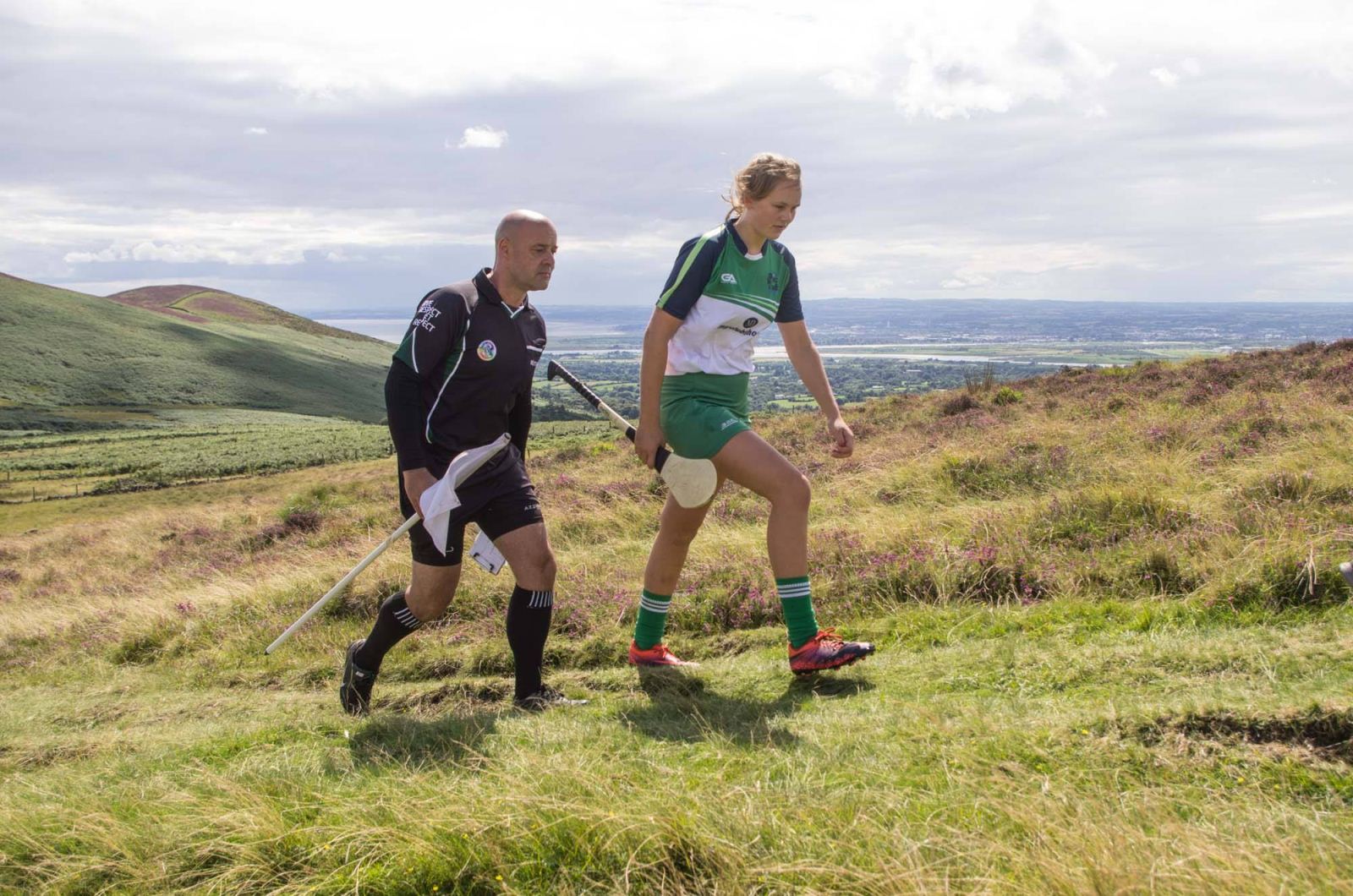 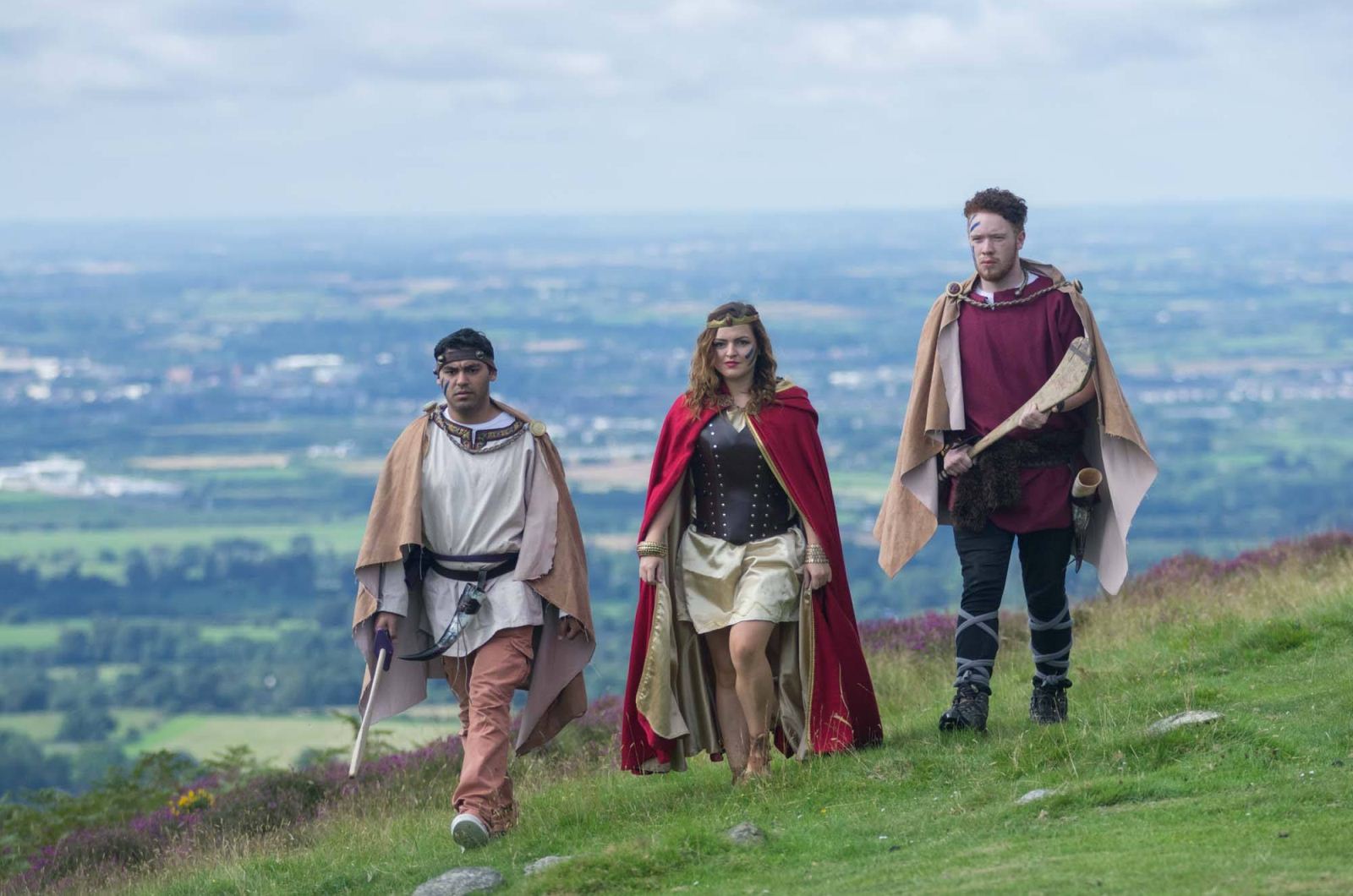 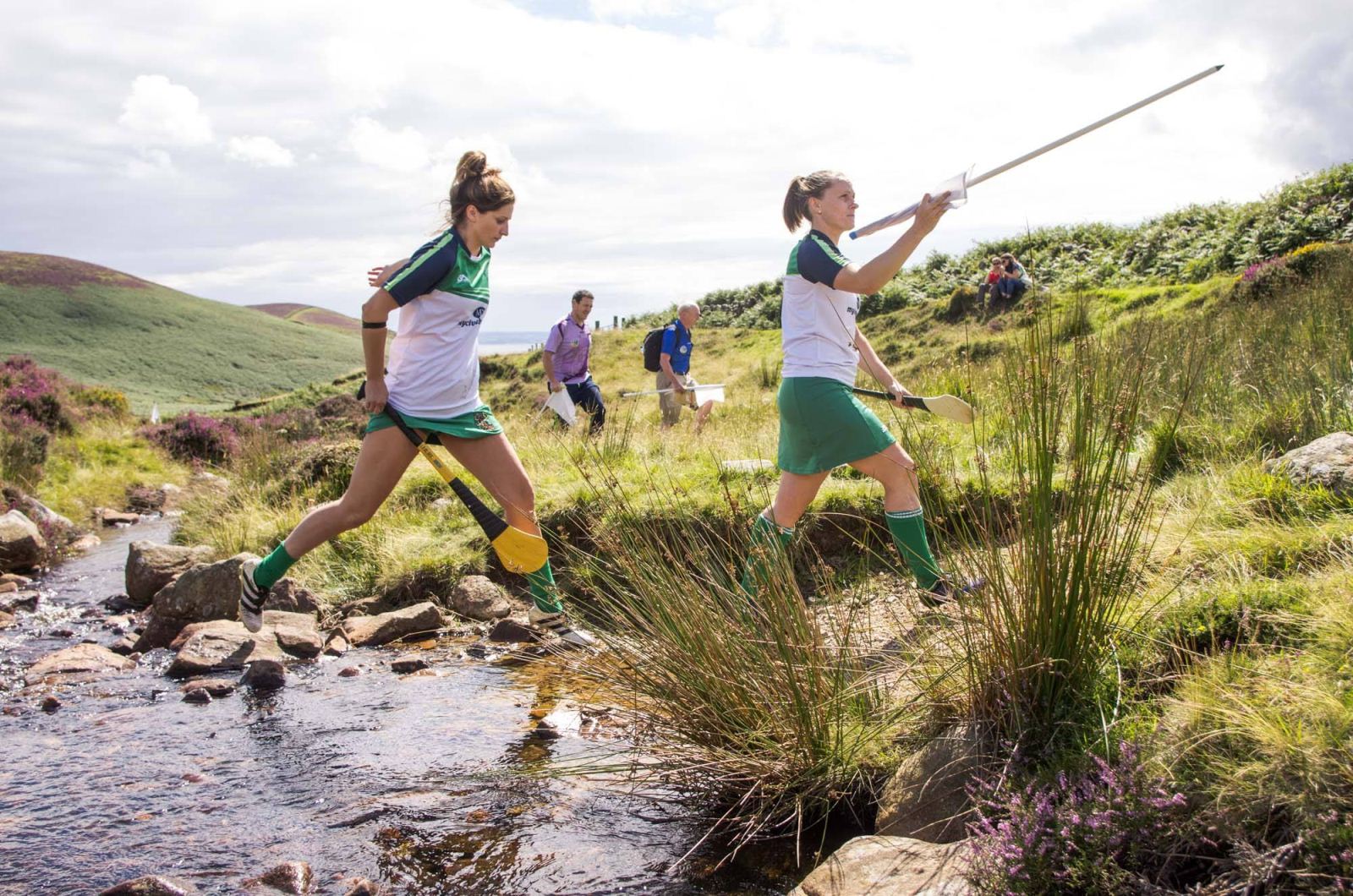 Braving the many obstacles
In the U16 competition Molly Lynch of Cork was the winner in a tight finish between herself and Maeve Muldoon of Galway.  Just before the puck off Damien Callan of the local organising committee presented Meath & Leinster competitor Abbye Donnelly with a picture of her grandfather Dinny who won the All Ireland Poc Fada in 1962. An amazing gesture by Damien who recognised her father Paul Donnelly accompanying her for the day and who also took part in the All Ireland Poc Fada in 2002 – 3 generations of the same family competing in this unique event.
U16 Camogie Poc Fada Results. Winner – Molly Lynch (Cork) 31 pócs 67 metres Runner-up – Maeve Muldoon (Galway) 31 pócs 10 metres Third – Róisín McCormick (Antrim) 32 pócs 49 metres Fourth – Abbye Donnelly (Meath) 33 pócs 55 metres 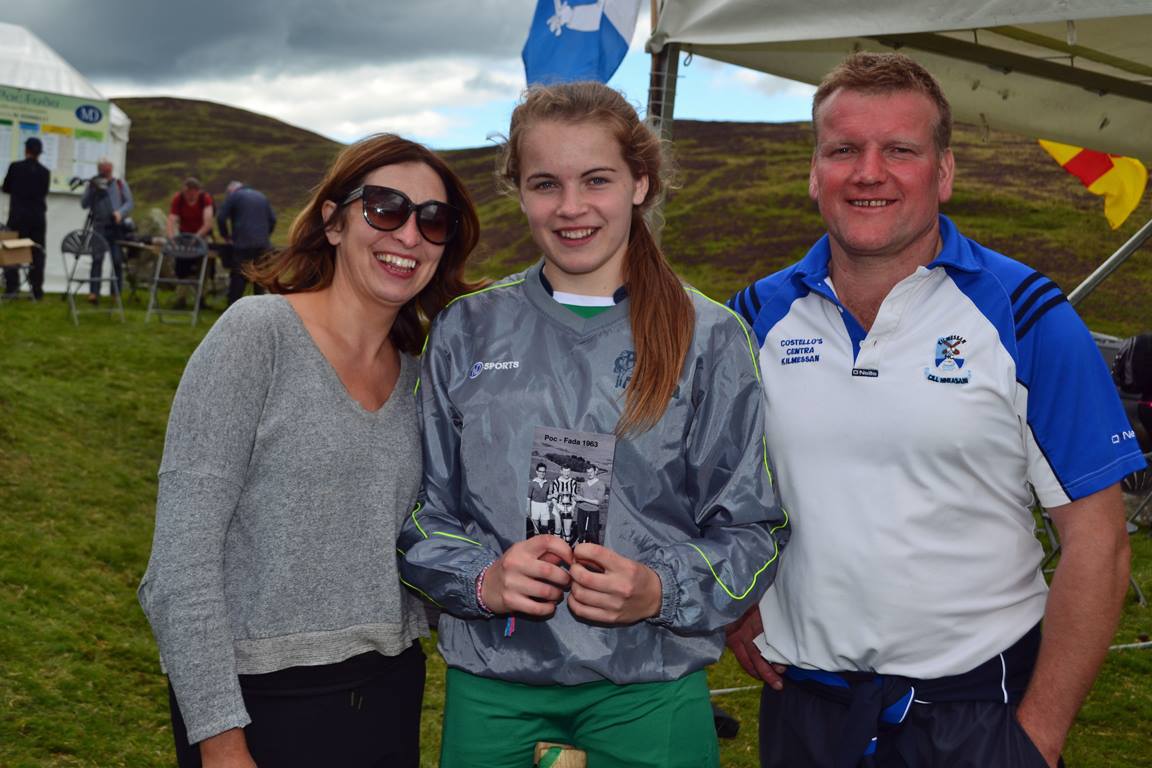 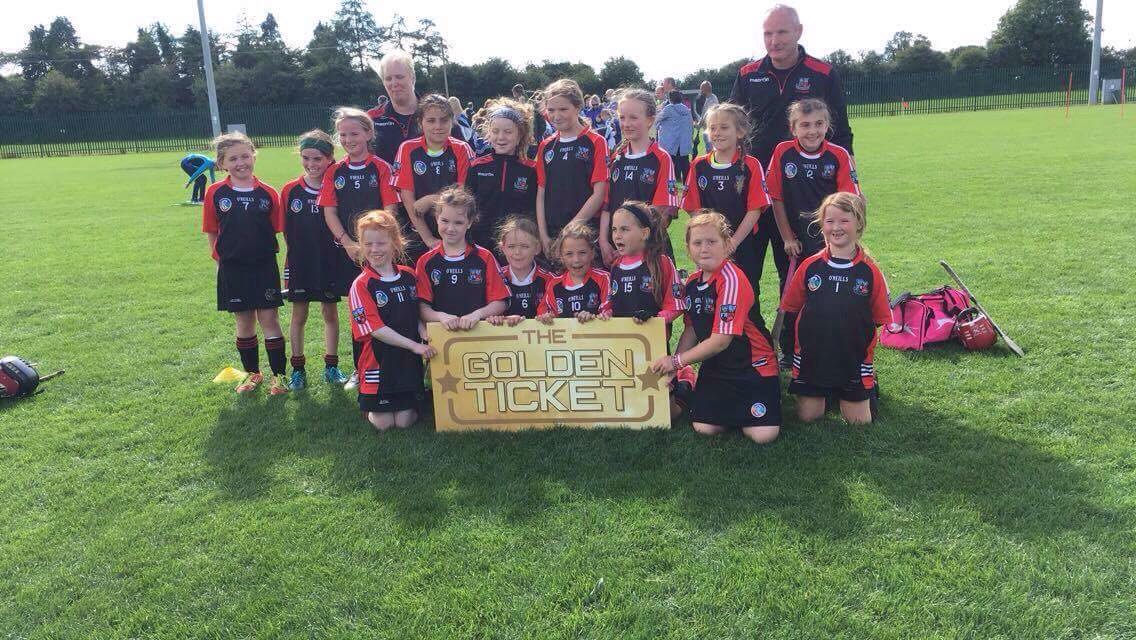 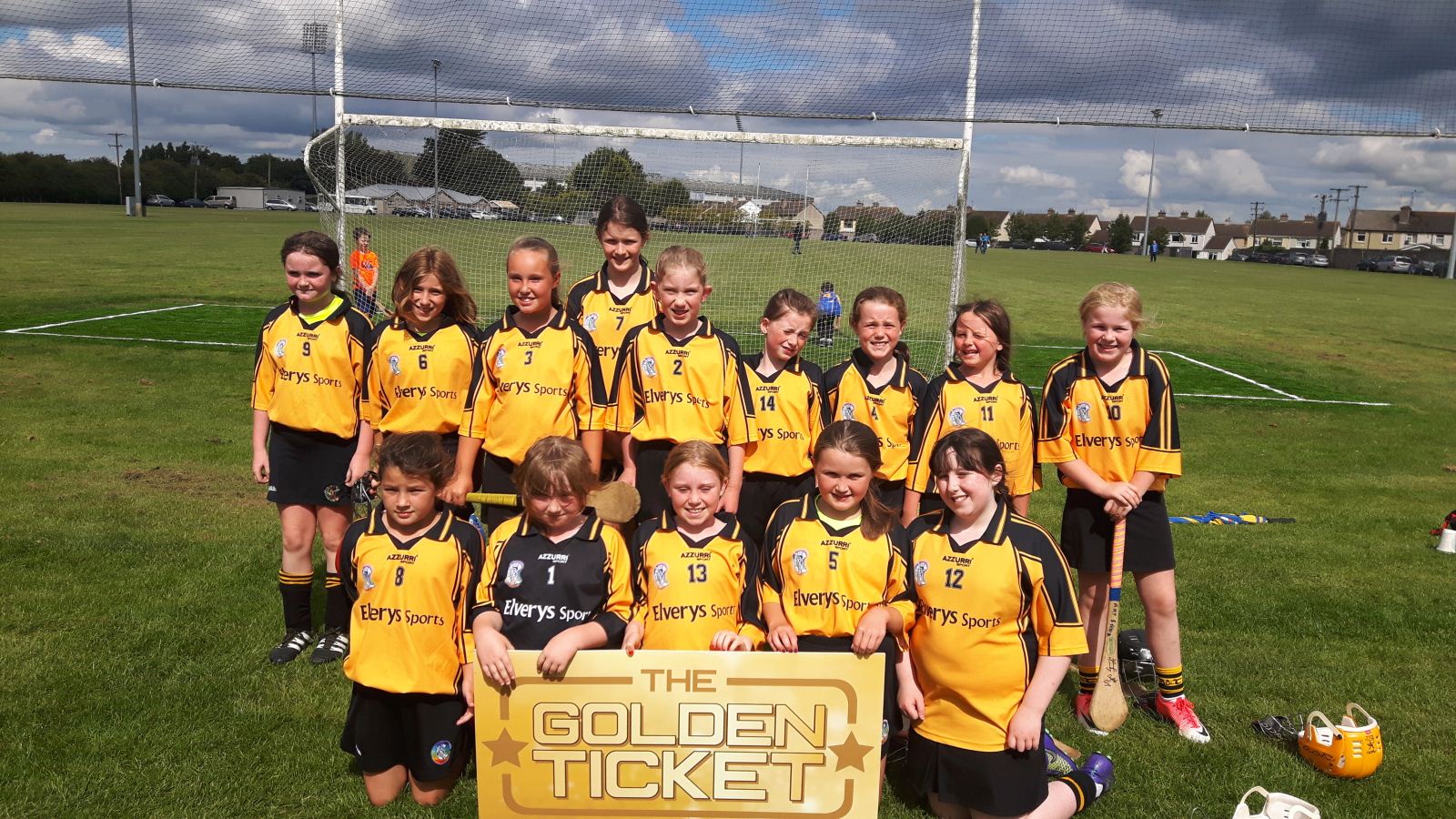 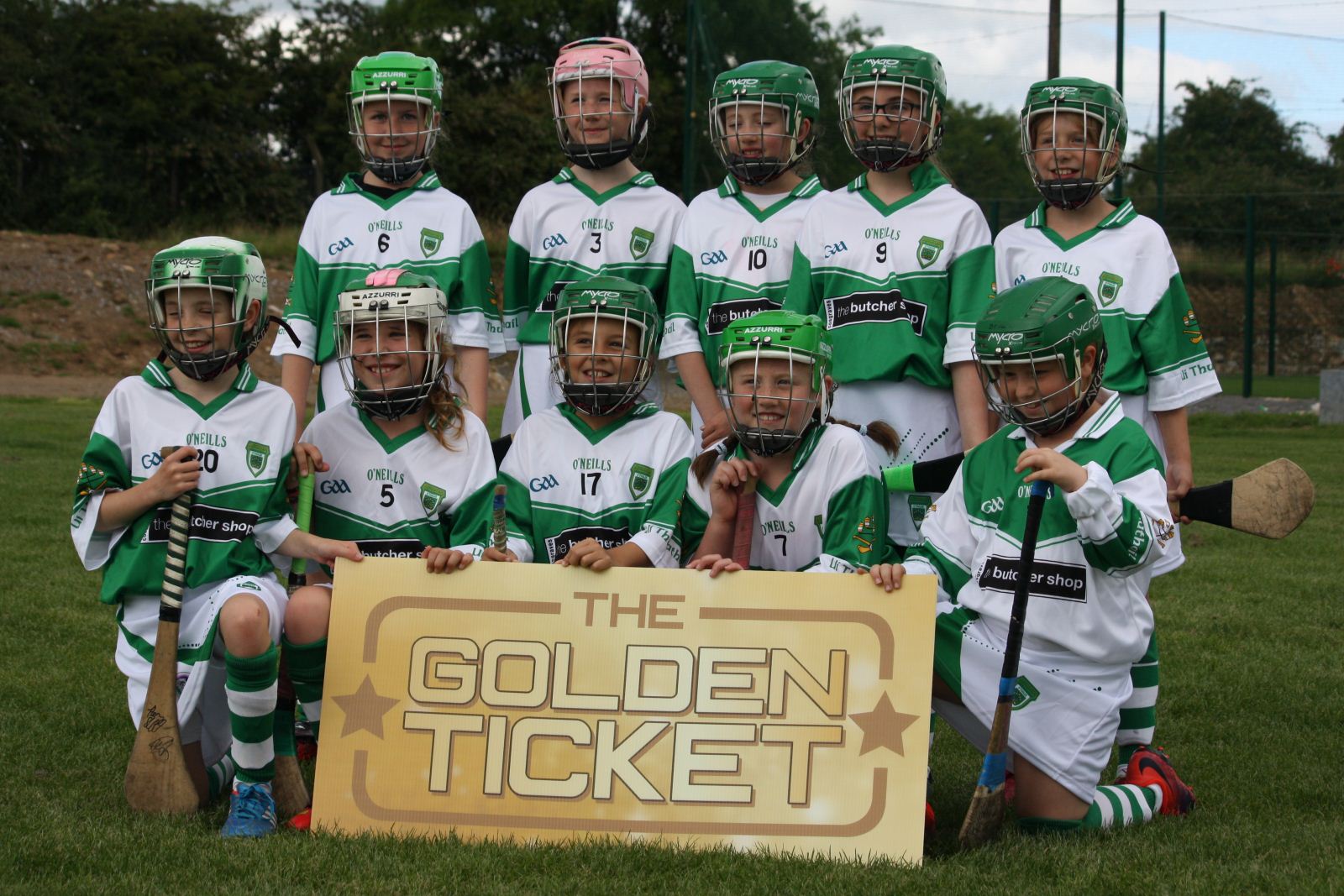 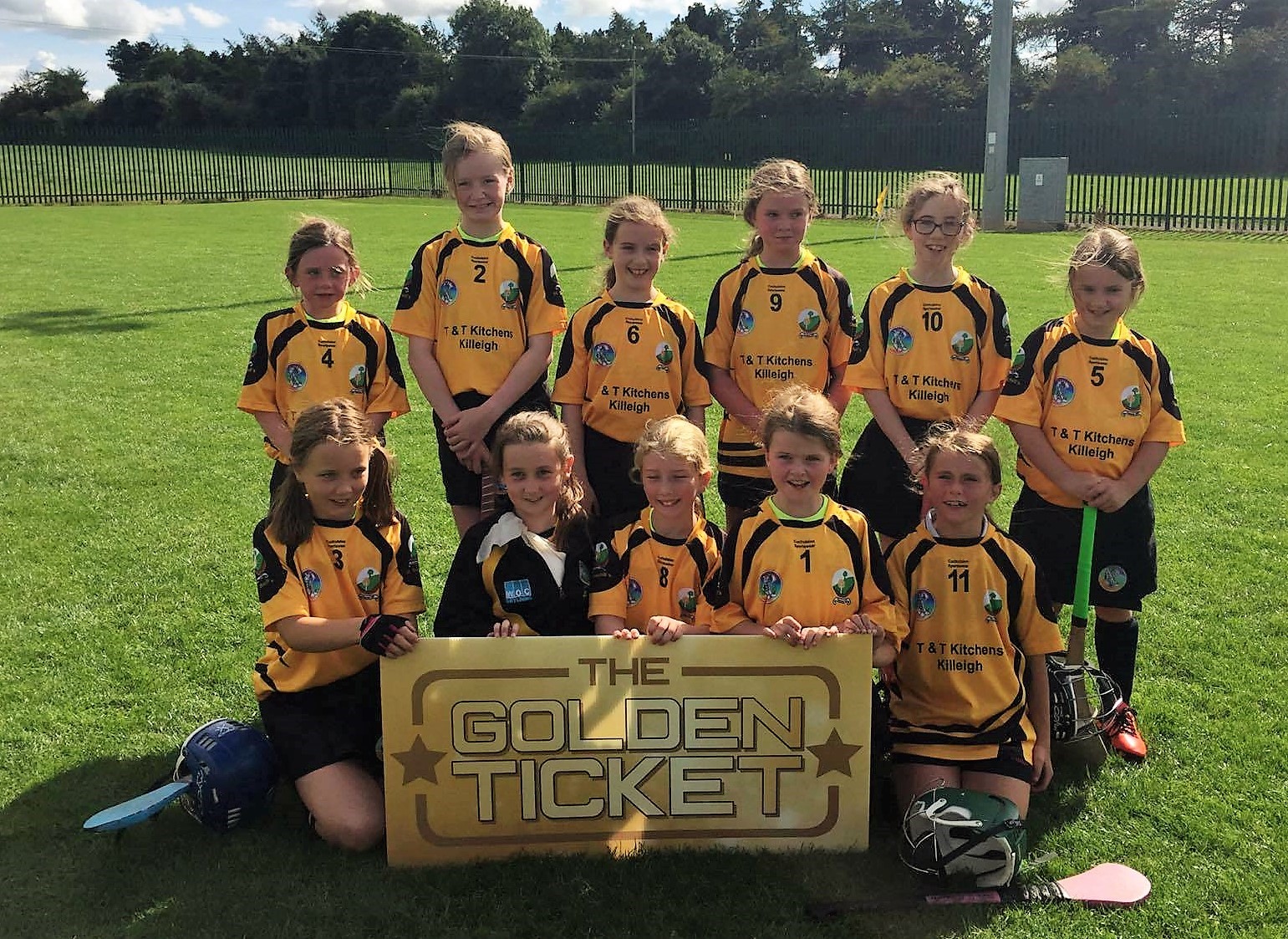 St Sinchills Offaly
The next blitzes will take place this Saturday August 12th in Cavan Gaels before the Premier Junior All Ireland semi-final between Armagh & Westmeath in O’Connell Park Cavan while the other blitz will take place in St Paul’s Mungret before the other semi-final between Dublin & Kerry in the Gaelic Grounds Limerick. Both games are at 5pm.
All clubs that attend blitzes are invited to the Liberty Insurance All-Ireland Camogie Finals in September where their club will be in a draw for €1,000! Good luck to all the participating clubs in this great initiative.
Wicklow Camogie Summer Camp
Wicklow Camogie are running their third summer camp this week for girls in the west of the county.  40 girls are taking part in a camogie specific camp which includes learning the basic skills of the game, fun games and meeting girls from other clubs in the county. This will bring numbers in camogie camps for girls in Wicklow to 120 this summer which is great. 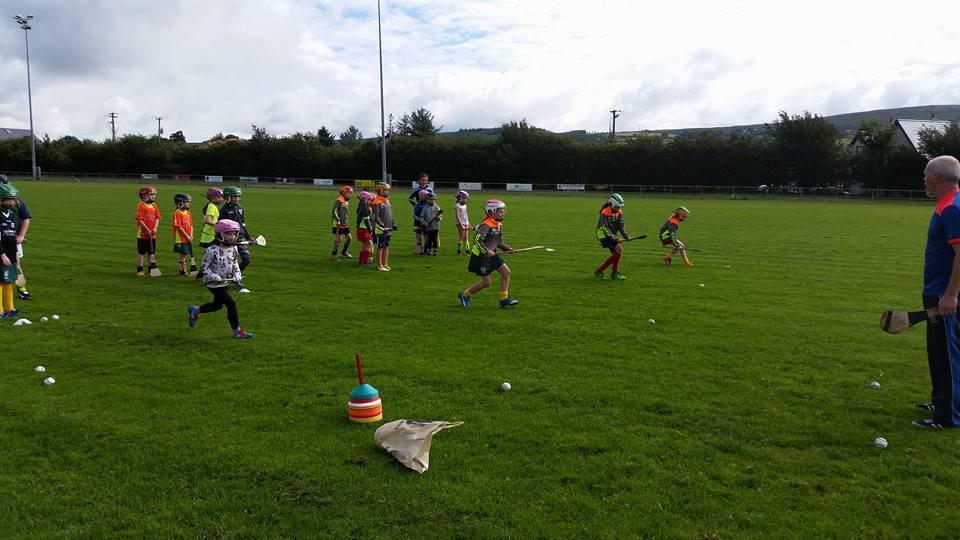 Hurl Smart Week Inter County Player Visits
Granagh Ballingarry of Limerick had a visit from Senior County player Niamh Mulcahy recently.  Niamh took 2 sessions with underage teams and all were delighted to have county star Niamh after some of her displays this year for Limerick. 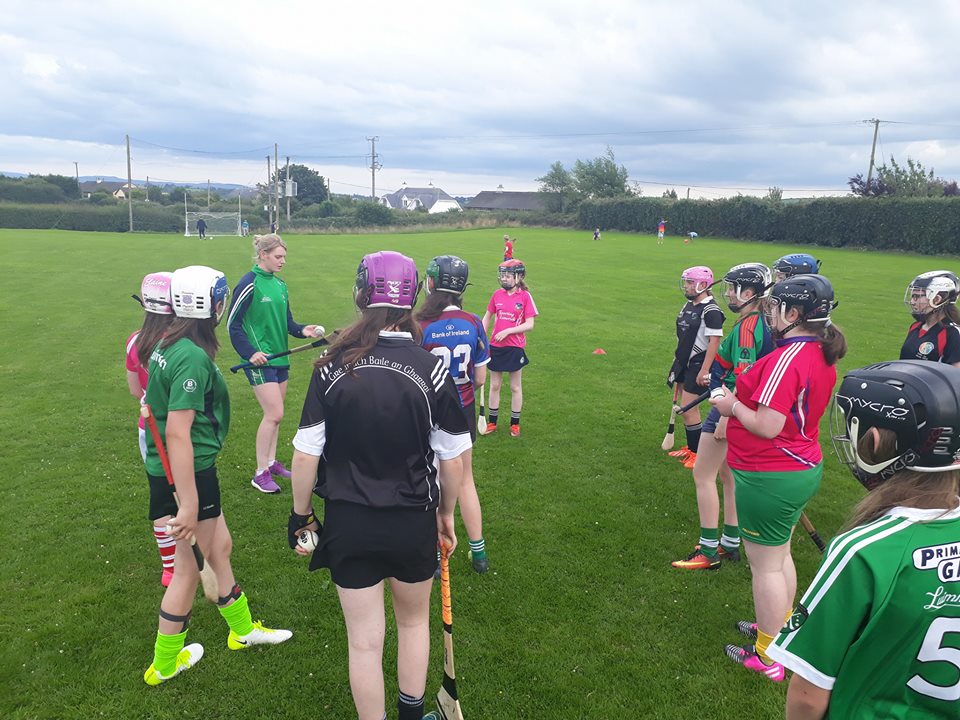 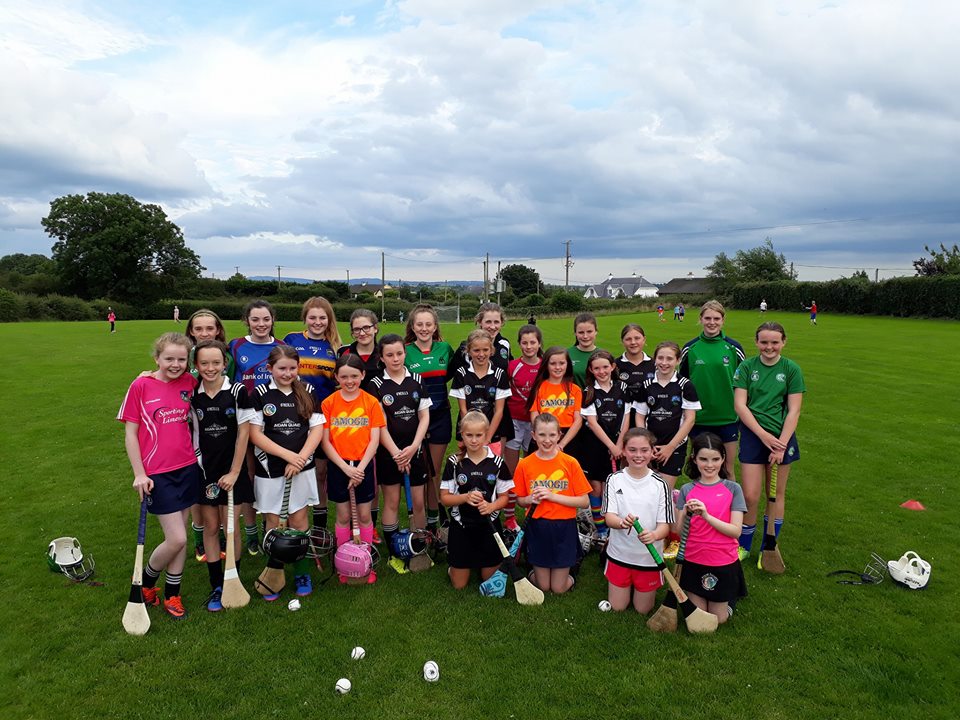 Group picture with the Granagh Girls!
Another visit last week included Armagh’s Ciara Donnelly heading to St Enda’s Derrymacash.  In a timely visit with Armagh playing the All Ireland Semi-finals this weekend Ciara spoke to the girls about preparation for the weekend and playing at the highest level. The girls were delighted to get their hurls and jerseys signed by the Armagh star. 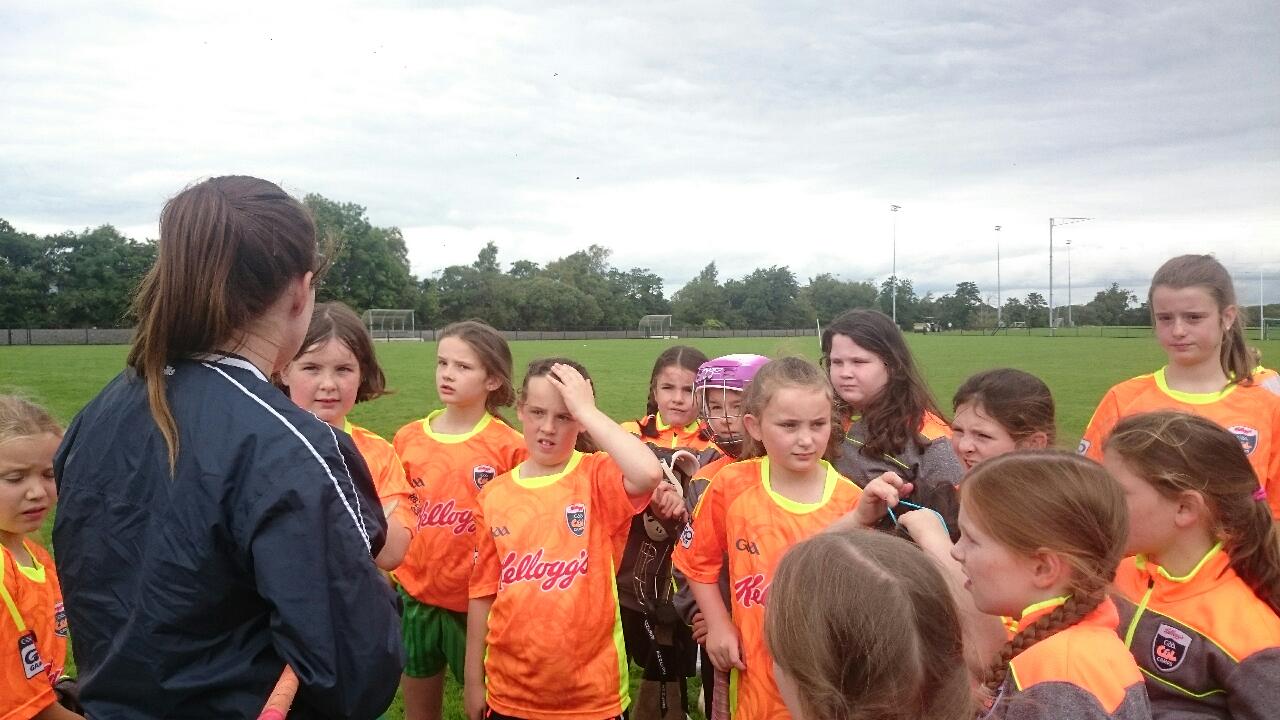 Ciara Donnelly Armagh chat to the girls of Derrymacash 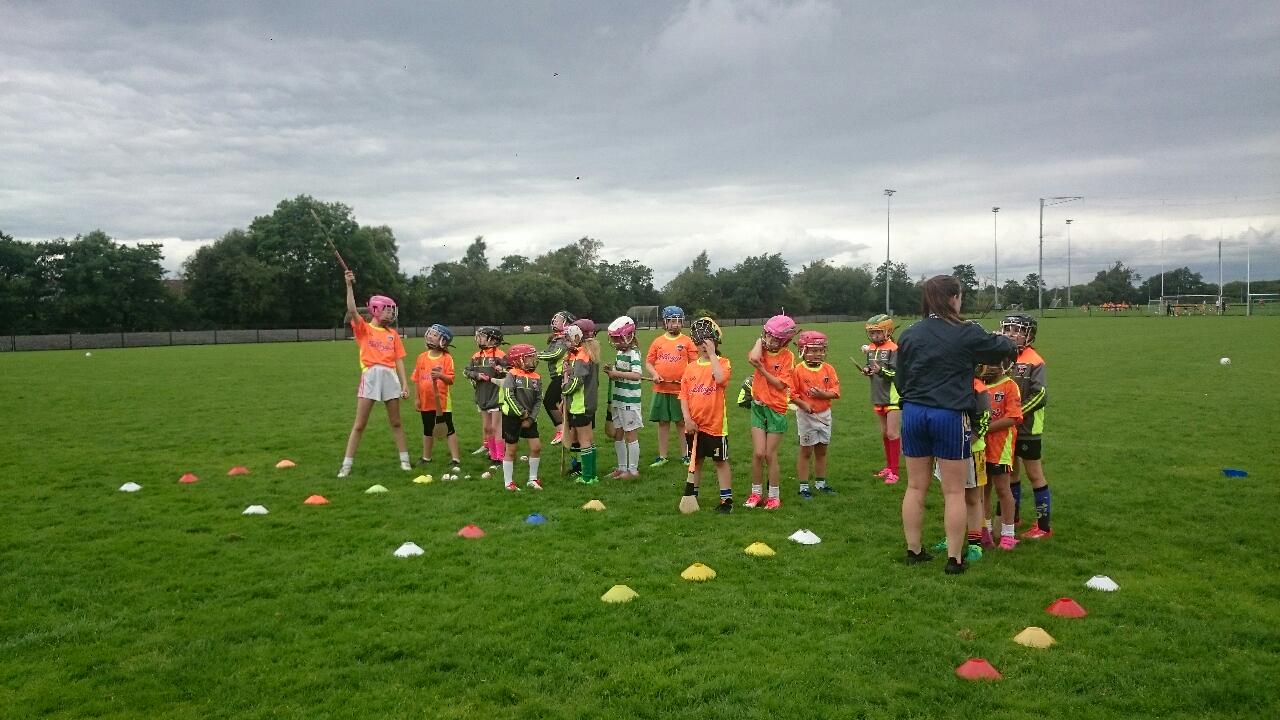 Training session with Ciara Donnelly
Talking Camogie
The fourth night of ‘Talking Camogie’ will take place tonight in Bloomfield Hotel Mullingar. The forum will see members of the association discuss the different topics of interest and some new ideas in relation to:
The initiative also includes an opportunity to discuss how you would like to change the playing rules of Camogie.  All members of the Association are asked to get involved at the various locations around the country. Next up is the Tullyglass Hotel Ballymena on Monday August 14th.  Have your say and register now for ‘Talking Camogie’! 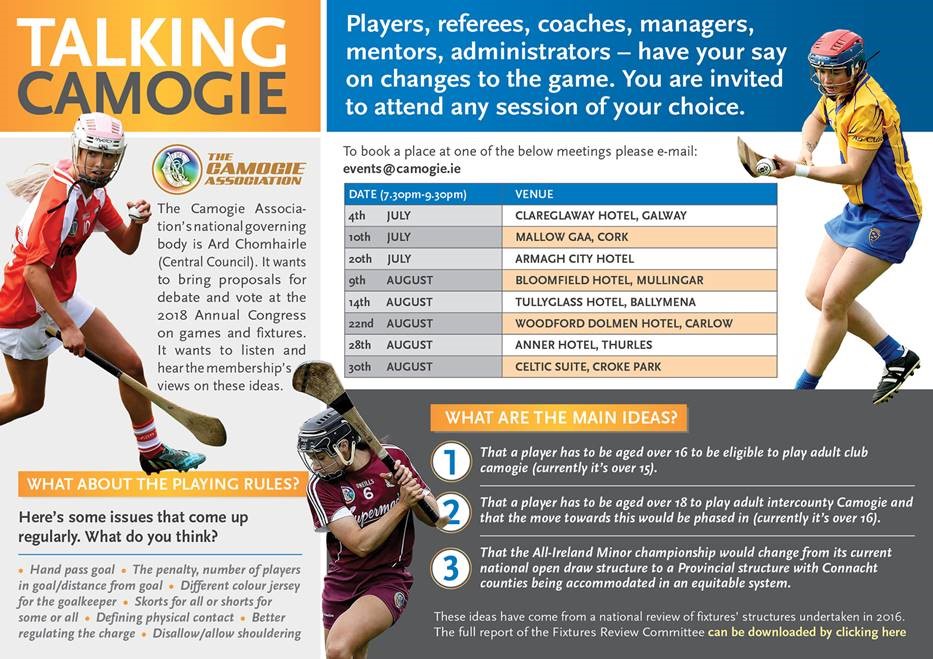 If your club or county has any exciting camogie development news you would like to share with us please email eve.talbot@camoogie.ie