The Kingdom Strikes for Glory!

The Kingdom Strikes for Glory!

Latest
The Kingdom Strikes for Glory!
The Final of the Strike for Glory All Ireland Minor development competition took place on Saturday April 22nd between Kerry and Wicklow as part of a double header with the Minor A All Ireland Final in MacDonagh Park, Nenagh.  Kerry ran out winners in impressive style against a gallant Wicklow side.
Other Camogie Development News:
·       Strike for Glory – As it Happened!
·       Meath Easter Camps
·       Kildare Easter Camps
·       Clare Camogie Community Games
·       Athleague Skills Morning
·       Mayo Second Level 7-a-side
Strike for Glory – As it Happened!
The teams in this competition have participated in a round robin blitz series and also knock-out championship games since the beginning of March with many of the games being competitive and the winners being determined by only a single point. The players and management of all teams involved have shown great commitment to this competition and the final pairing of Kerry and Wicklow pitted the two best teams in the competition against each other in the final.
Kerry started the final very strongly with well taken points from Rachel McCarthy, followed by Kerry captain Aoife O’Connor who took a lovely score and followed up with a brace of point before midfielder Clodagh Walsh contributed a fine score from distance before centre forward Caoimhe Shanahan scored a pointed for Kerry to race into a 7 point lead. Wicklow started to get to grips with the game and a fine score from their centre forward Sheenagh Byrne got them on the score board. Wicklow attached Kerry but the outstanding Kerry full back Emma Lawlor stood strong to keep Wicklow at bay. Kerry counter attacked Wicklow with some fine points of their own from Norette Casey, Caoimhe Shanahan and then they struck with three killer goals from Rachel McCarthy, Casey and O’Connor to finish the half. Wicklow dug deep and fought hard to win two frees that where converted by Wicklow’s Erynn O’Brien. That left the scoreline Kerry 3.12 Wicklow 0.3 at the half time break.
Wicklow came out in the second half all guns blazing and were rewarded with the first score of the game from Erynn O’Brien after super work from Wicklow midfielder Sarah Byrne, who ran her socks off all day. Wicklow followed up this point from play with two frees from the deadly accurate Sheenagh Byrne to kick start their second half. This seem to spring Kerry back into life and they responded with three points in a row and a goal by Casey. Kerry’s wing forward Rachel McCarthy started to dominate play and scored 4 excellent points. Wicklow responded with a fine point from Byrne and after many fine saves from Ciara Canty in the Kerry goal they finally got their reward when substitute Lillie-May got a goal. Kerry responded with the final goal of the game from their captain O’Connor.
The final score was Kerry 5.21 Wicklow 1.7
Credit must go to Wicklow who never gave up and battled to the end of the game. Kerry had many fine displays across the field and some great scores throughout the 60 minutes. The Camogie Association would like to thank all the players, management, clubs and county boards for their commitment and support of this competition and to congratulate Kerry on winning the inaugural Strike for Glory competition. 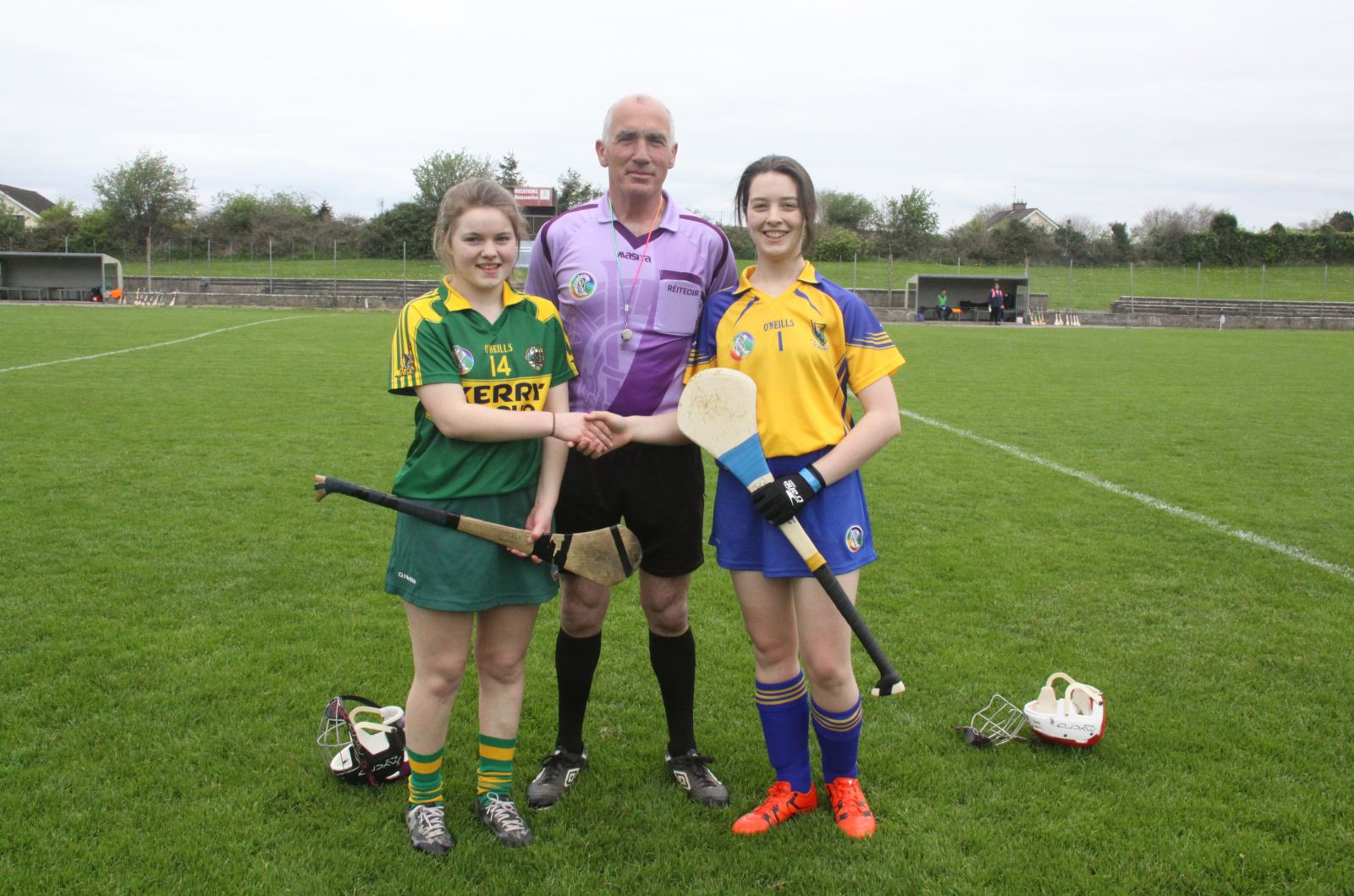 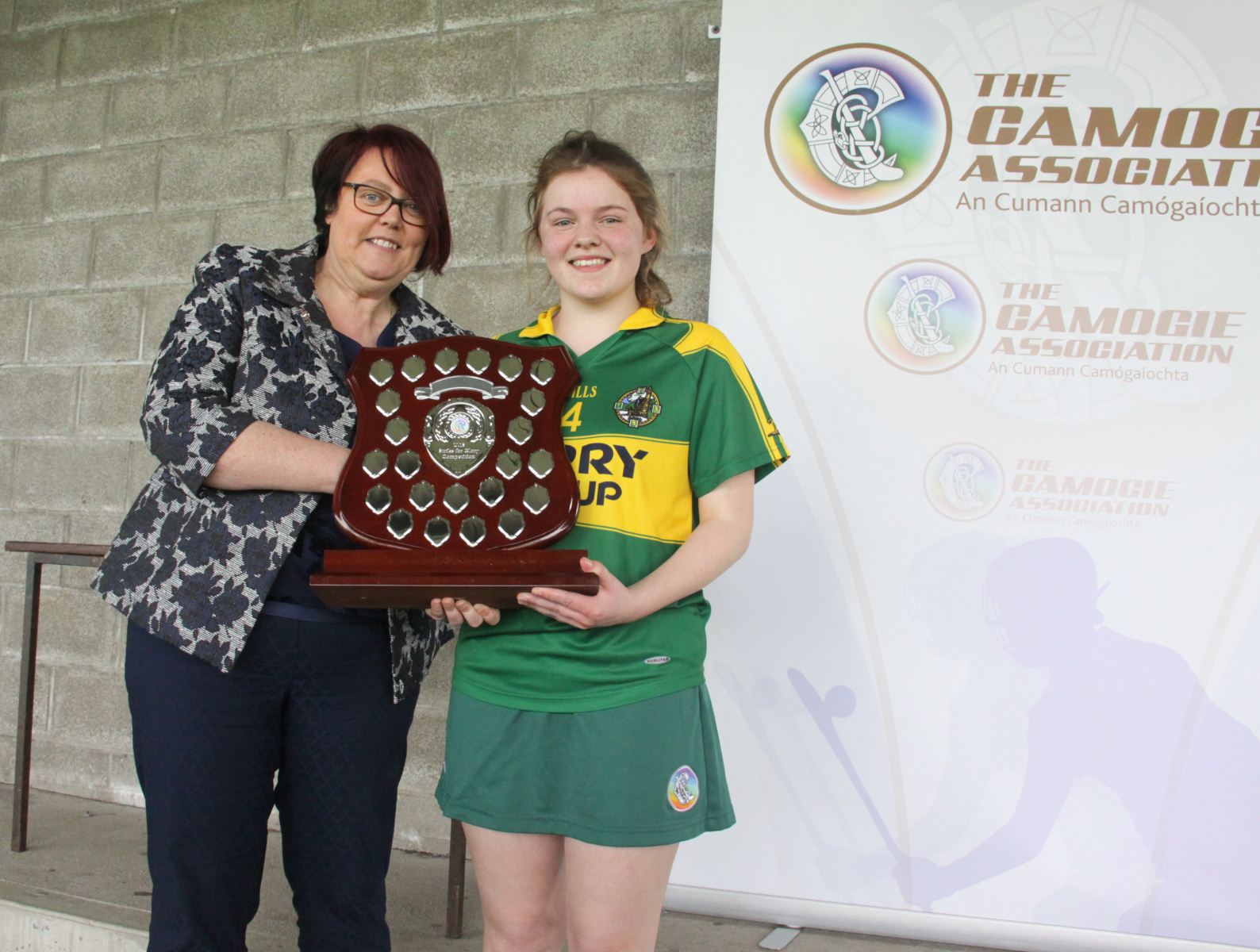 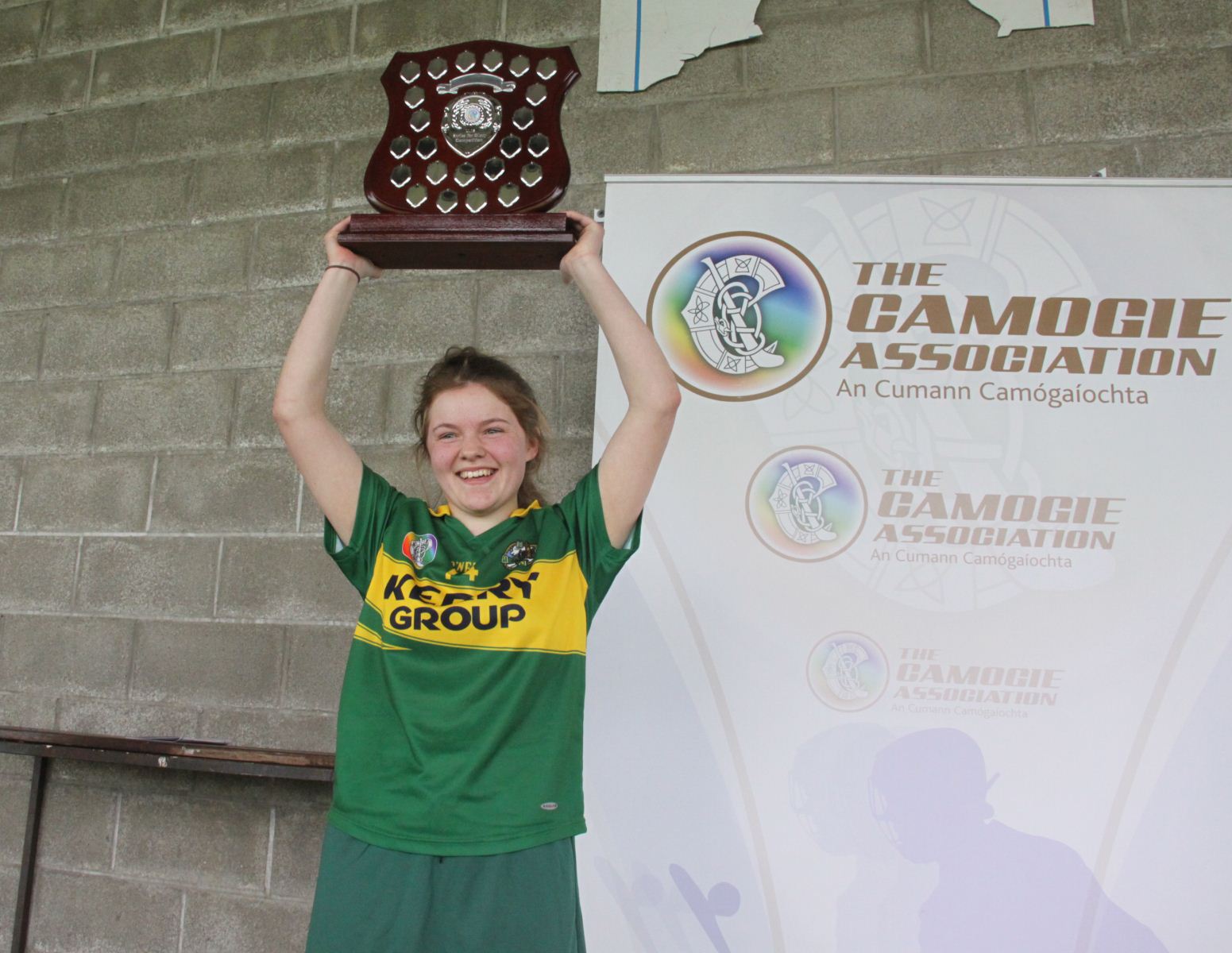 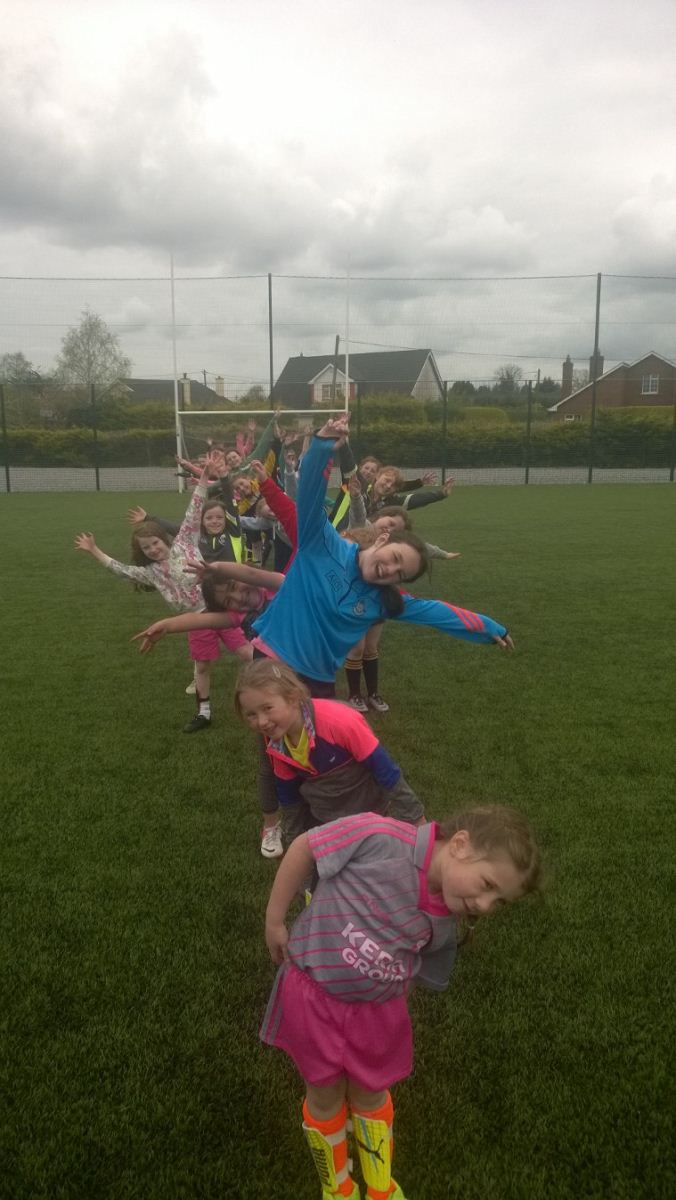 Meath Camp
Kildare Easter Camps
Camogie also featured prominently in Easter Camps across Kildare, again in camogie-specific, camogie/hurling or all GAA code camps. Kildare Camogie ran a secondary-school aged camogie camp at the county grounds in Donore that was very well supported and led by Jim McMullen and County u14 Development Squad mentors with support from current county Captain and Vice-Captain, Siobhan Hurley and Dearbhla Byrne. Naas GAA held its annual joint camogie/hurling camp with over 300 participating while Ardclough (under county hurler Martin Fitzgerald) and Celbridge were among the mixed-code camps that featured camogie very prominently. 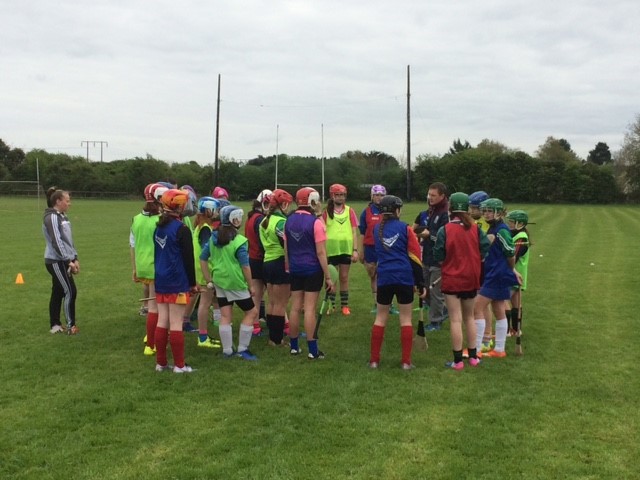 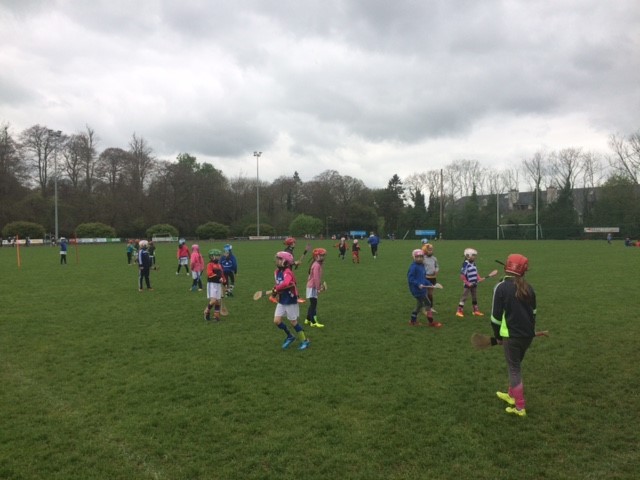 Naas Camp
Clare Camogie Community Games
The Camogie Community Games competition in Clare was held in Clarecastle GAA grounds on Easter Saturday April 15th.  The final between Derg & Crusheen/Ballinruan/Tubber was a very close encounter with the Derg side edging ahead in the end coming away with the gold medals on a score of 4 – 2 to 3 – 1. The playoff for the bronze medals was won by Doora/Barefield over near neighbours Clooney/Quin on a score 1 – 3 to 1 – 0.
1st  Derg Camogie
2nd Crusheen Camogie
3rd Doora/Barefield Camogie
4th Clooney/Quin Camogie
Community Games aims to provide opportunities for children and young people aged 6-16 years to develop active healthy lives in a safe environment through experiencing a wide range of sporting and cultural activities. Community spirit and co-operation is fostered and encouraged. The organisation believes that every young person should have the opportunity to take part in sports and art in their local community and grow up understanding how good it makes you feel when you are active and healthy.
For more information on community games go to www.communitygames.ie 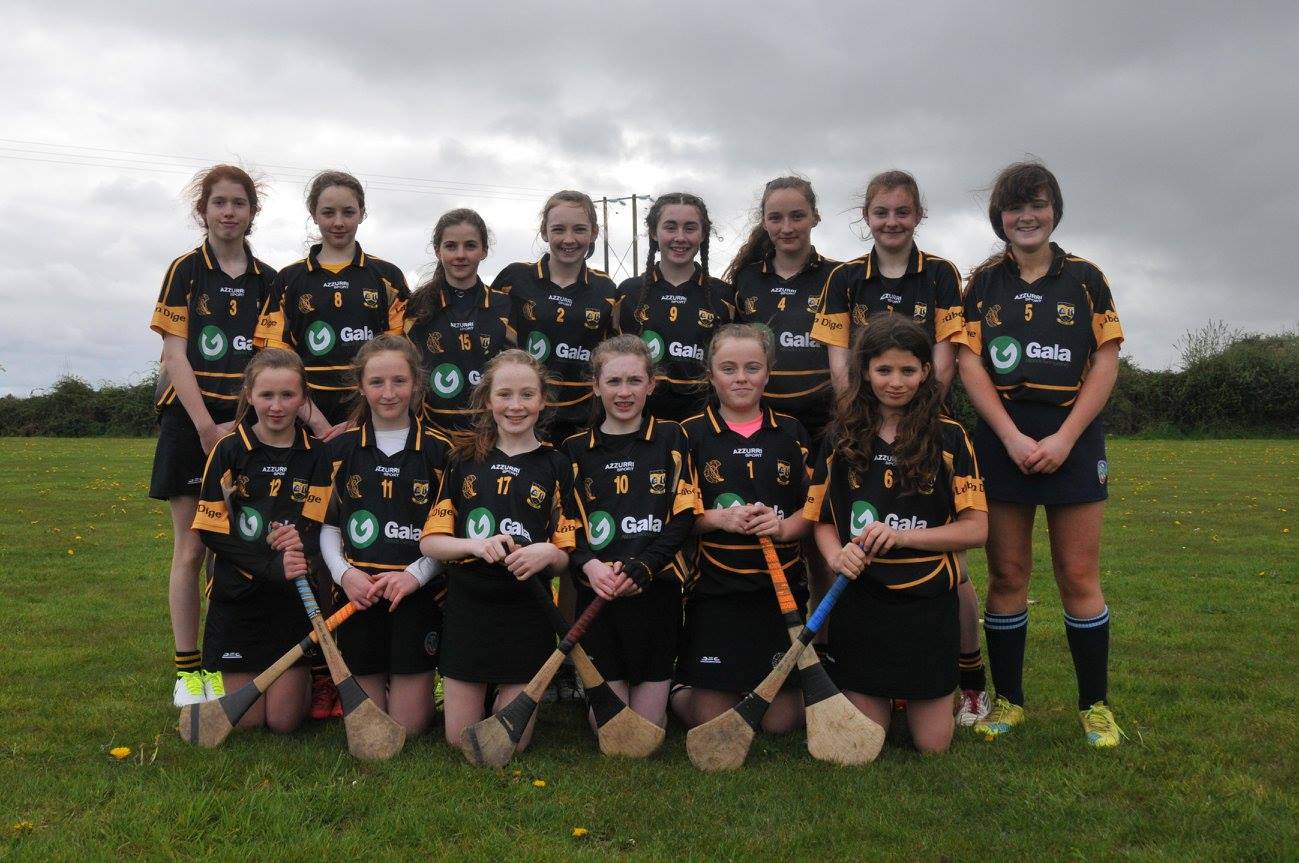 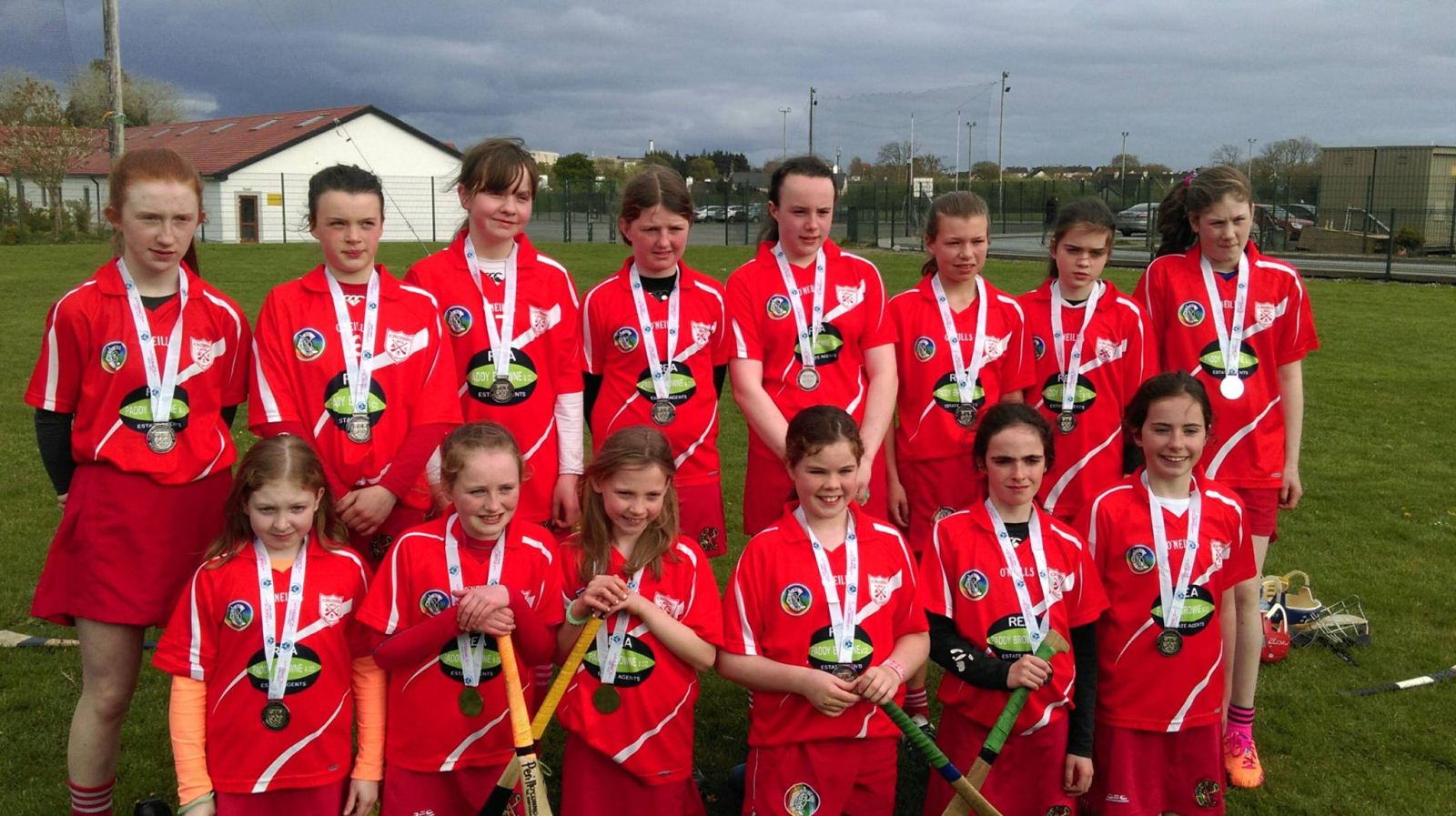 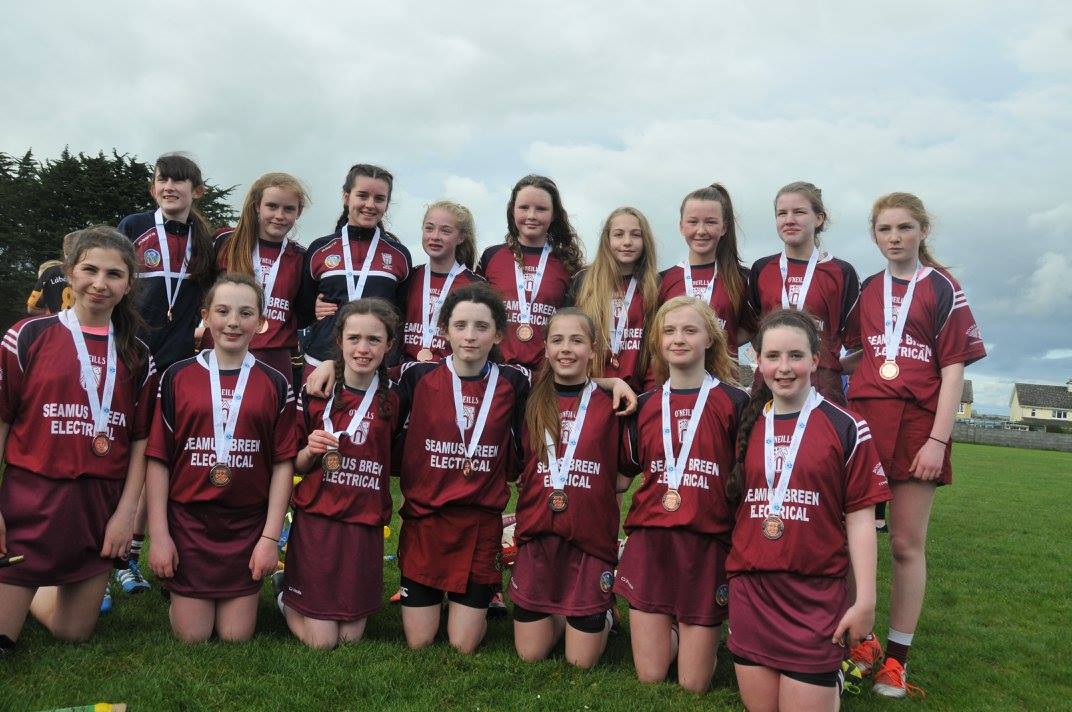 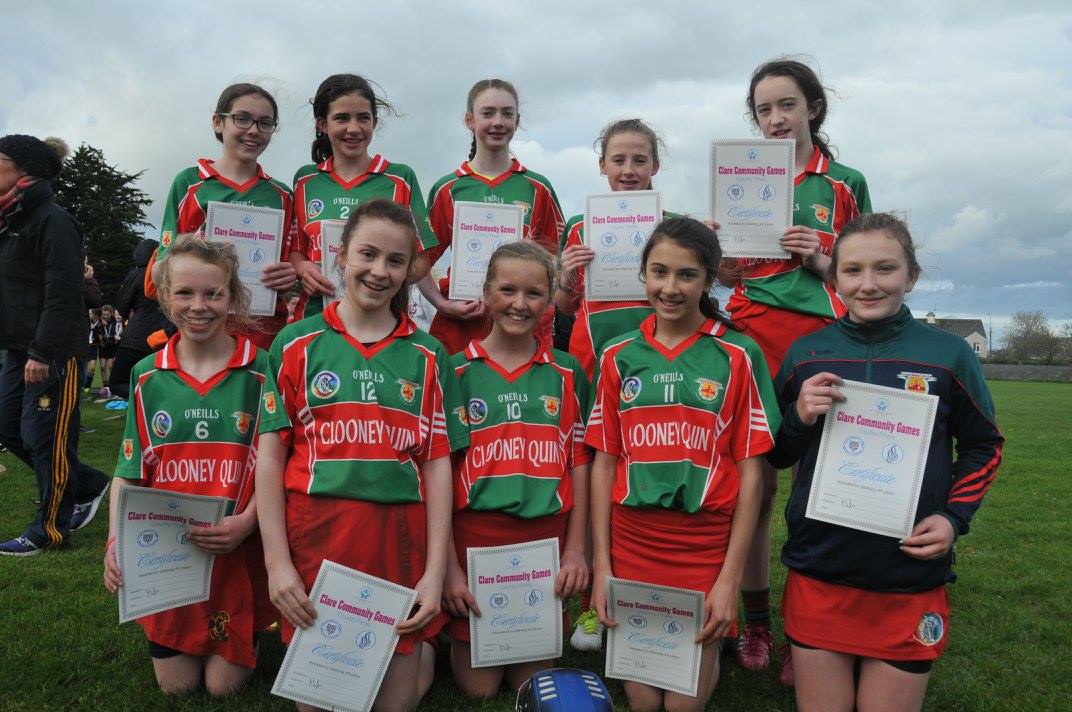 Clooney/Quin Camogie
Athleague Skills Morning
On Saturday April 22nd Athleague Camogie Club held a skills morning in which the senior players in the club trained the under 8s,10s,12s and 14s. The aim of the morning was to develop the skills of the younger members of the club and also a chance for the younger members to get to know the senior members and vice versa.  Well done to all involved in what looked like a fun-filled morning in this resourceful initiative. 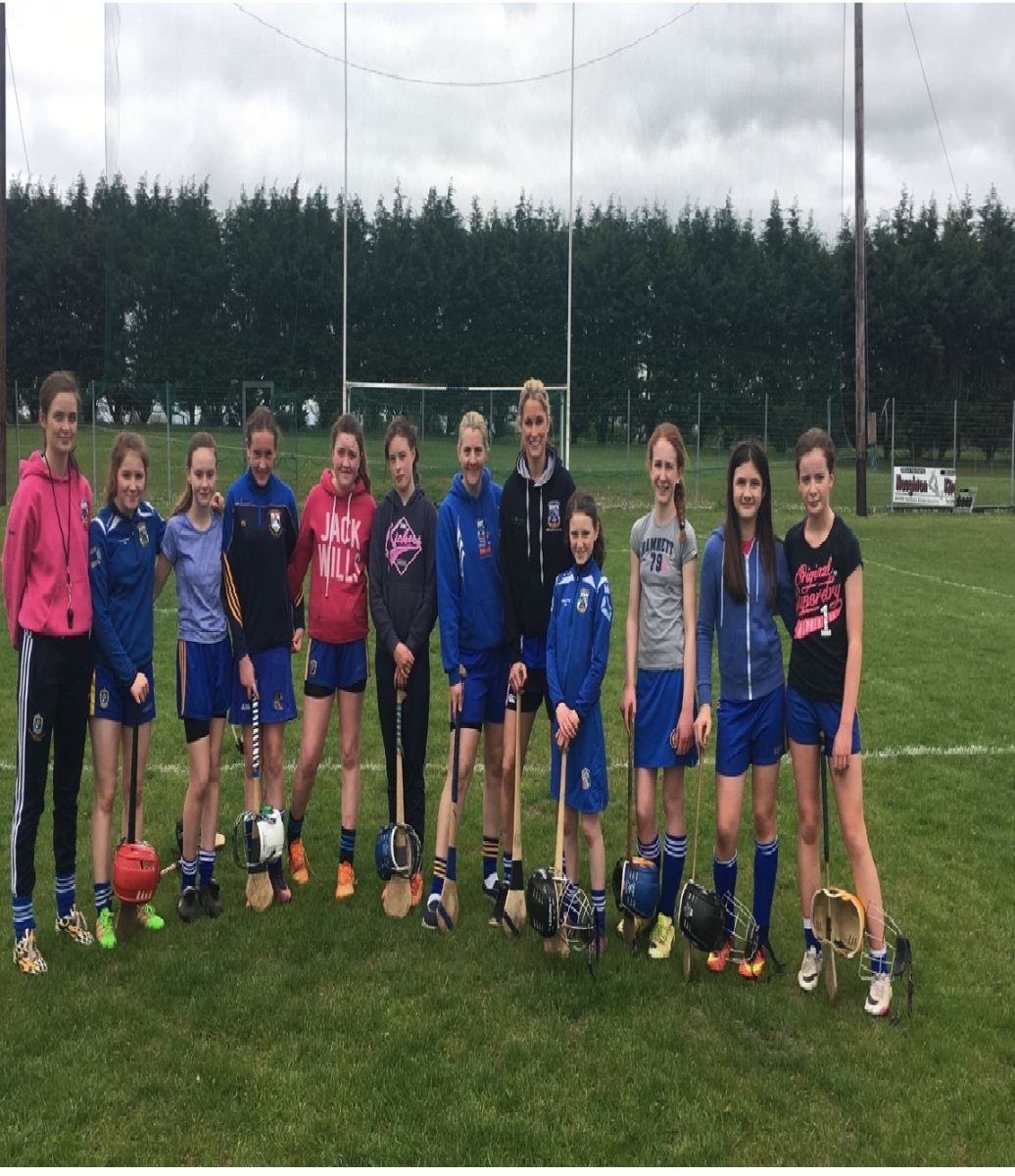 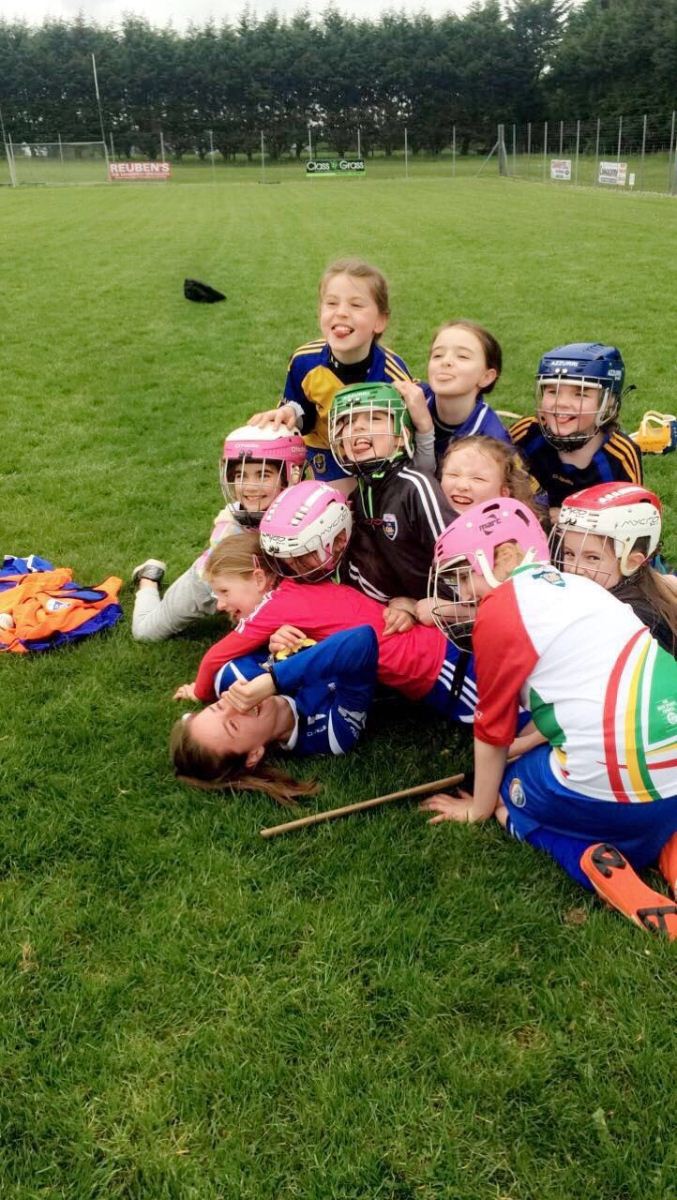 Mayo Second Level 7-a-side
Mayo Secondary schools first year 7-a-side final took place on Tuesday April 25th in Connacht Centre of Excellence.  Ballyhaunis Community School played the Sacred Heart Secondary School of Westport in a competitive final. Thanks to Rosaleen Duggan of Mayo County Board who made the presentations on the day. 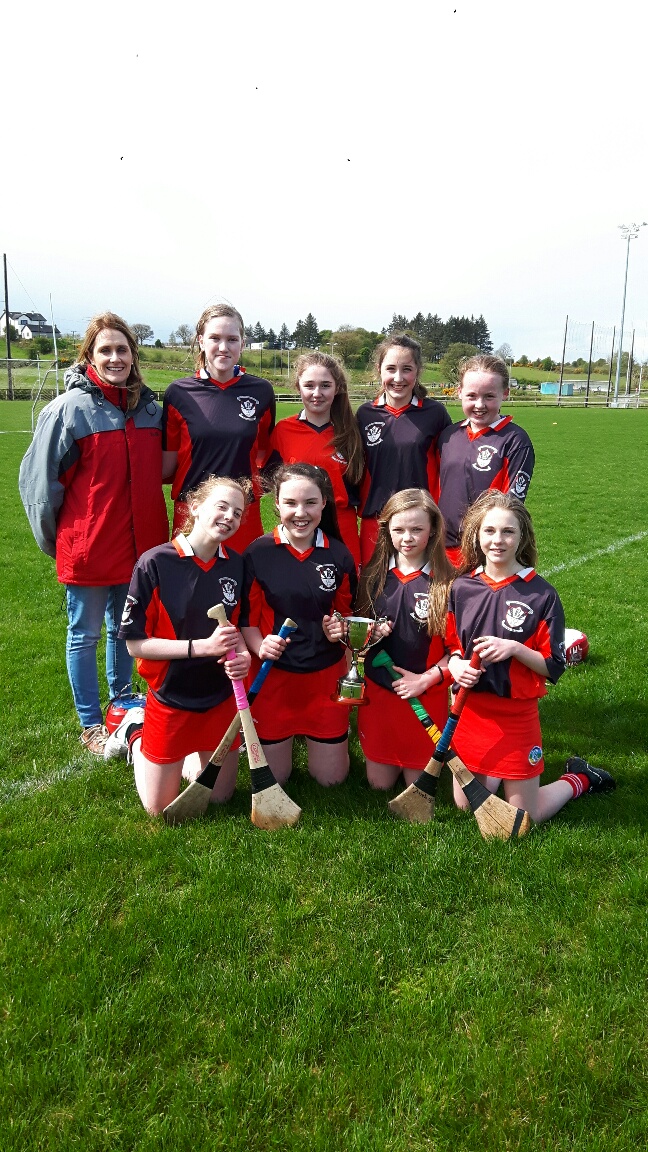 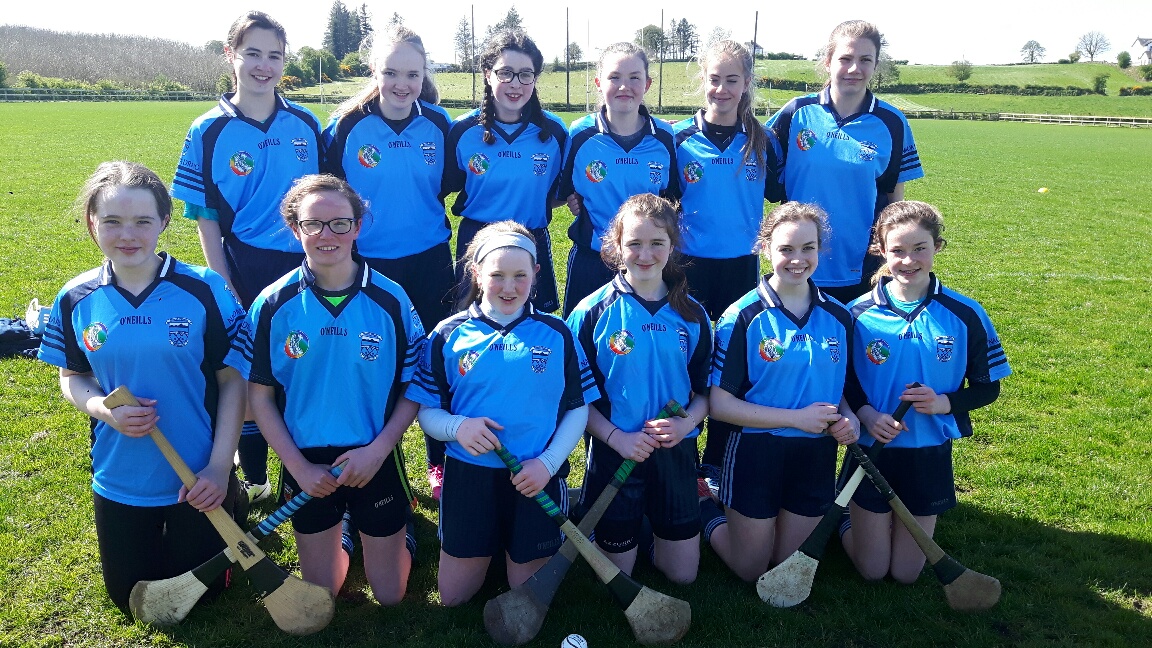 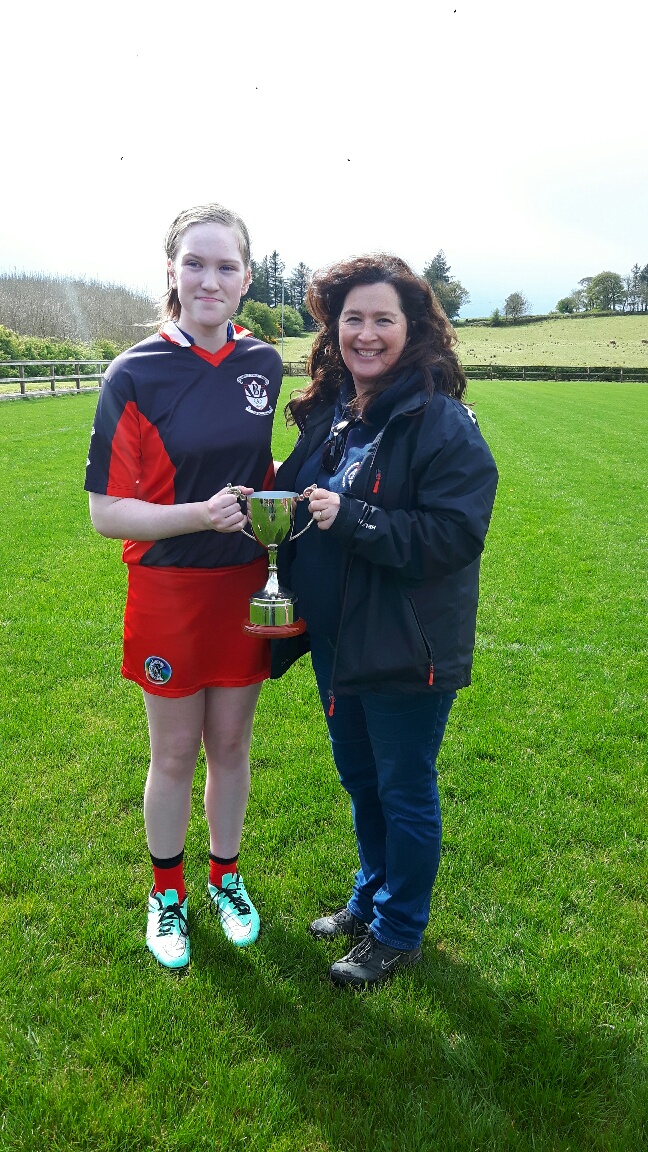 Roseleen Duggan secretary of Mayo county board makes presentation of the cup to Ballyhaunis winning captain.
If your club or county has any exciting Camogie Development News you would like to share with us please email eve.talbot@camogie.ie