Tipperary seek 3 in a row in Annual Legends Tournament

Tipperary seek 3 in a row in Annual Legends Tournament

Latest
The Annual Legend Tournament for players aged 35 and over takes place this Saturday March 5th in Na Fianna Club in Dublin. Tipperary are looking to win for the third consecutive year. The cup for the tournament is named after Biddy Philips from Tipperary who was a national referee and administrator who died in 2010. This year there will be 8 teams taking part in the Tournament. Tyrone and Kildare are new to the competition with Dublin, Derry, Antrim, Cork, Tipperary and Galway involved again this year.
This is the 6th Year of the Legends Tournament.
Roll of Honour- Cup
2011- Kilkenny
2012- Cork
2013- Cork
2014- Tipperary
2015- Tipperary
2016- Can any team prevent a Tipperary 3 in a row?
The shield competition was introduced last year and will continue this year.
Roll of Honour- Shield
2015- Antrim
The Player of the Tournament award is named this year in honour of Kathleen Costine, Cork who passed away on April 23rd 2015. Kathleen was an inspirational person and player who participated in the Legends Tournament for past number of years.
Other news this week:
·         Legends Fixtures
·         The ‘Camogie Show’ comes to Irish TV
·         Start spreading the News- New York/New Jersey
·         Camán Get a Grip Wexford, Cork & Derry
·         Over 60 girls take part in Monaghan Blitz
·         Donegal Strike to Score
·         Down & Armagh referees ready for action
·         Cooper helmets Sponsor Camán & Run Relay Race
Legends Fixtures 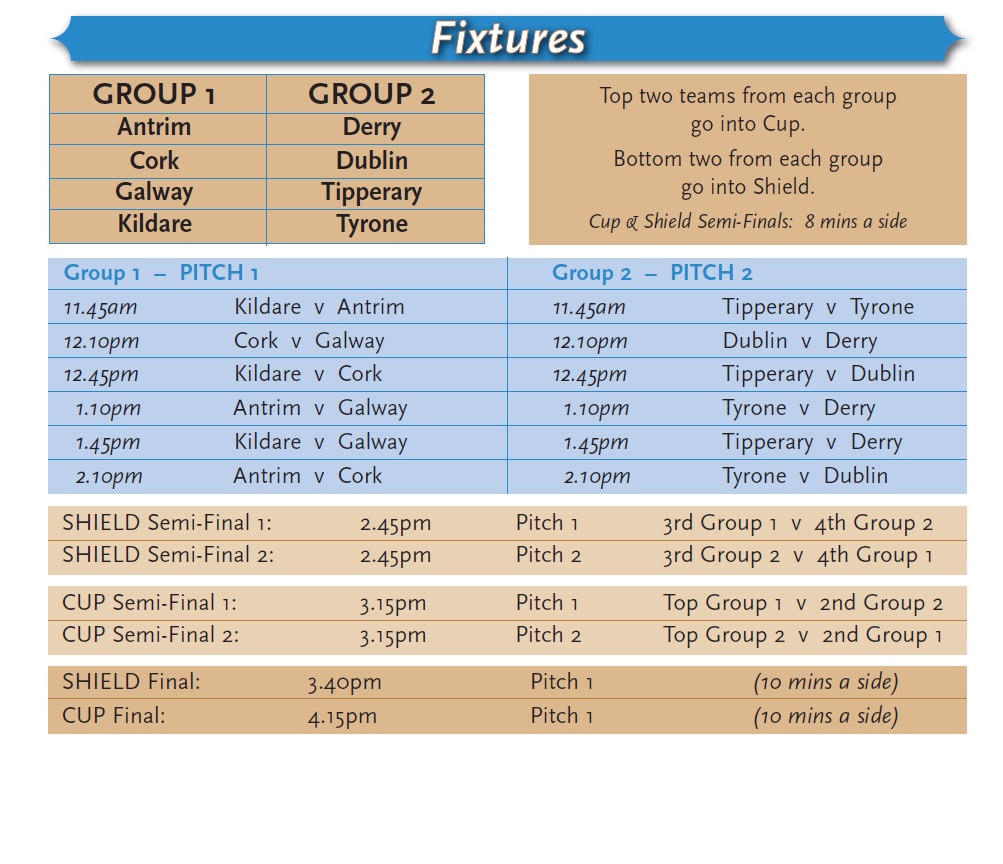 The ‘Camogie Show’ comes to Irish TV
Retired Cork star Anna Geary will host the camogie series ‘The Camogie Show’ which has been produced in association with Munster Camogie Council, and intends to “inform viewers of what the sport means to so many people.” The highly regarded former Cork camogie player Anna Geary, explores the past, present and future of camogie in Ireland in this new six-part series broadcasting on IRISH TV Sky 191. The Camogie Show airs this Thursday March 3rd at 8pm on IRISH TV. 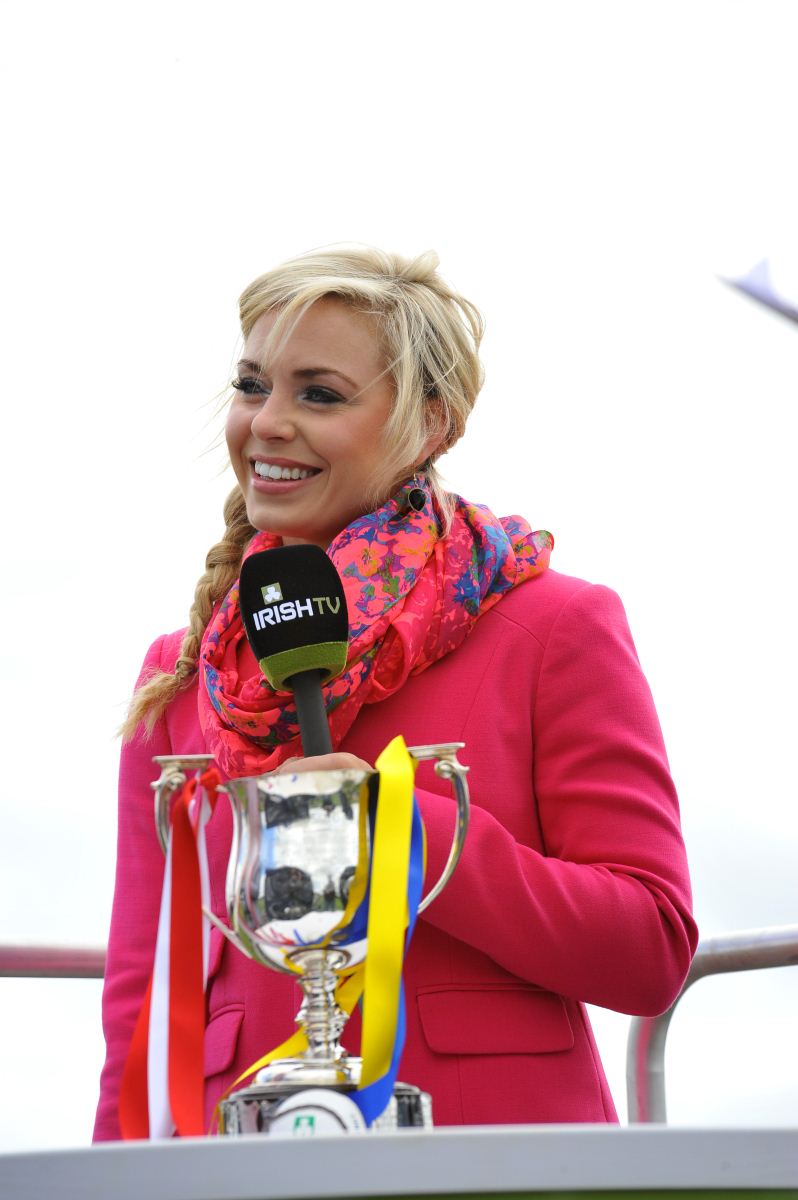 Start spreading the News- New York/New Jersey
Hoboken Guards Camogie Club played for the first time last year in the North American Championships, winning the Senior North American title, and the Junior Shield.
Hoboken Guards are changing their name to ‘Liberty Gaels’ and hope to ensure the longevity of adult Camogie in New York and New Jersey.
So look out for the Liberty Gaels Camogie Club, New York/New Jersey during 2016!
Like or follow on:
https://www.facebook.com/LibertyGaelsNYNJ/
https://twitter.com/LibertyGaels
See press release about the new club: www.libertygaels.com/news/ 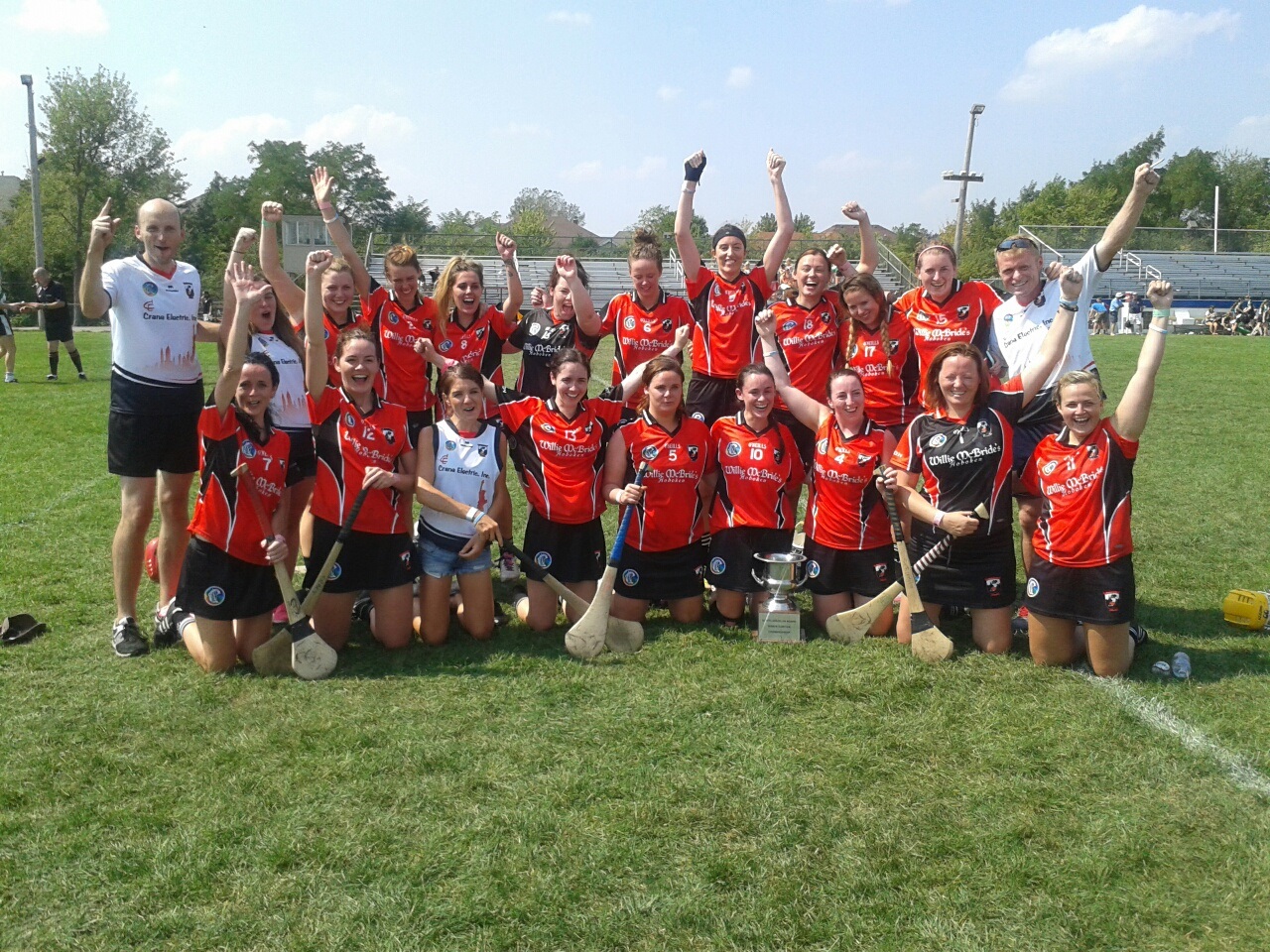 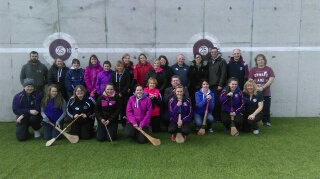 24 coaches completed Camán Get a Grip in St.Martin’s club in Wexford with tutors Noel McSweeney and Ailish Whitty. 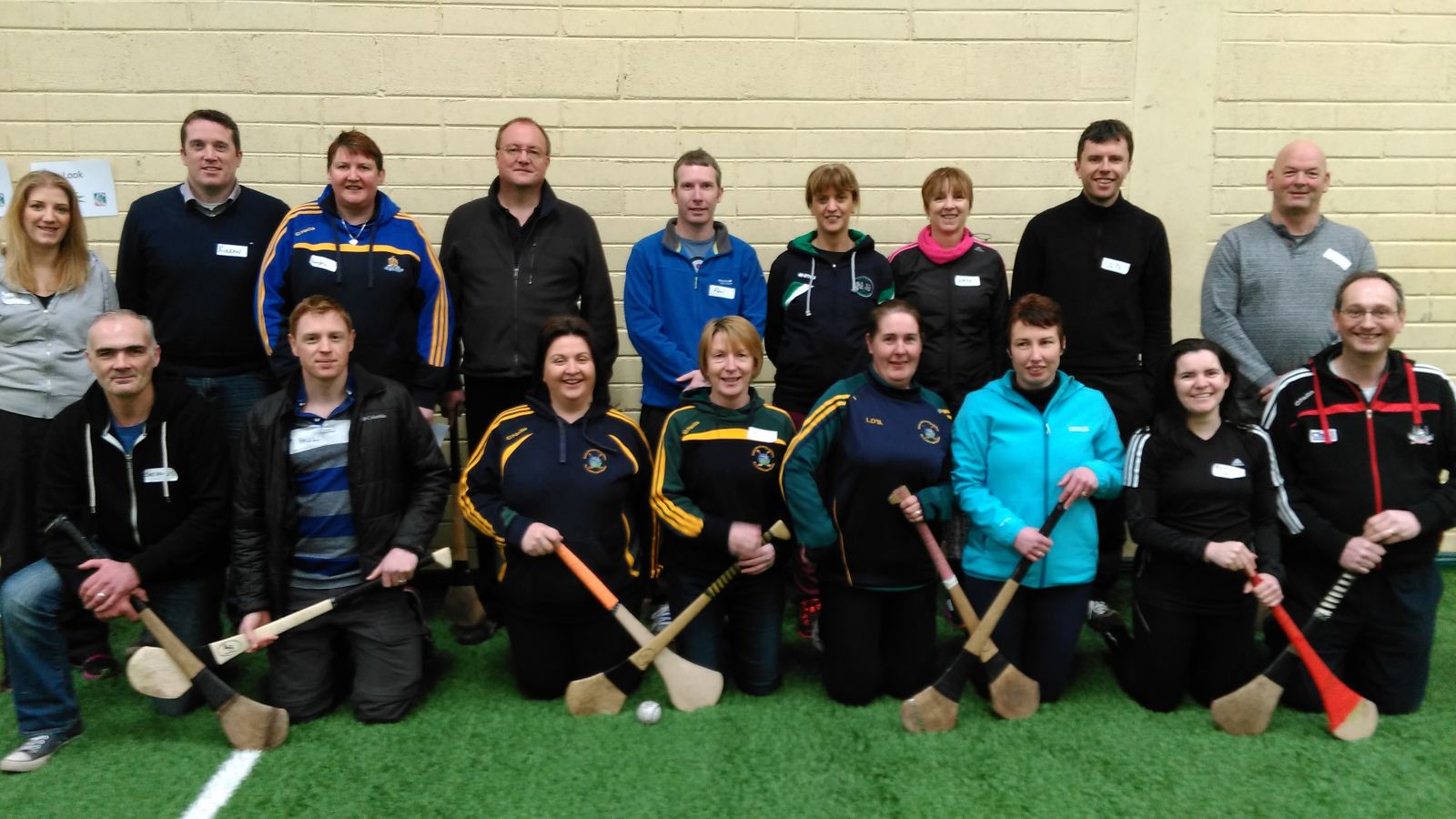 17 coaches completed Camán Get a Grip on February 27th in Blackrock Cork with tutors April Purcell and Eileen Gleeson. 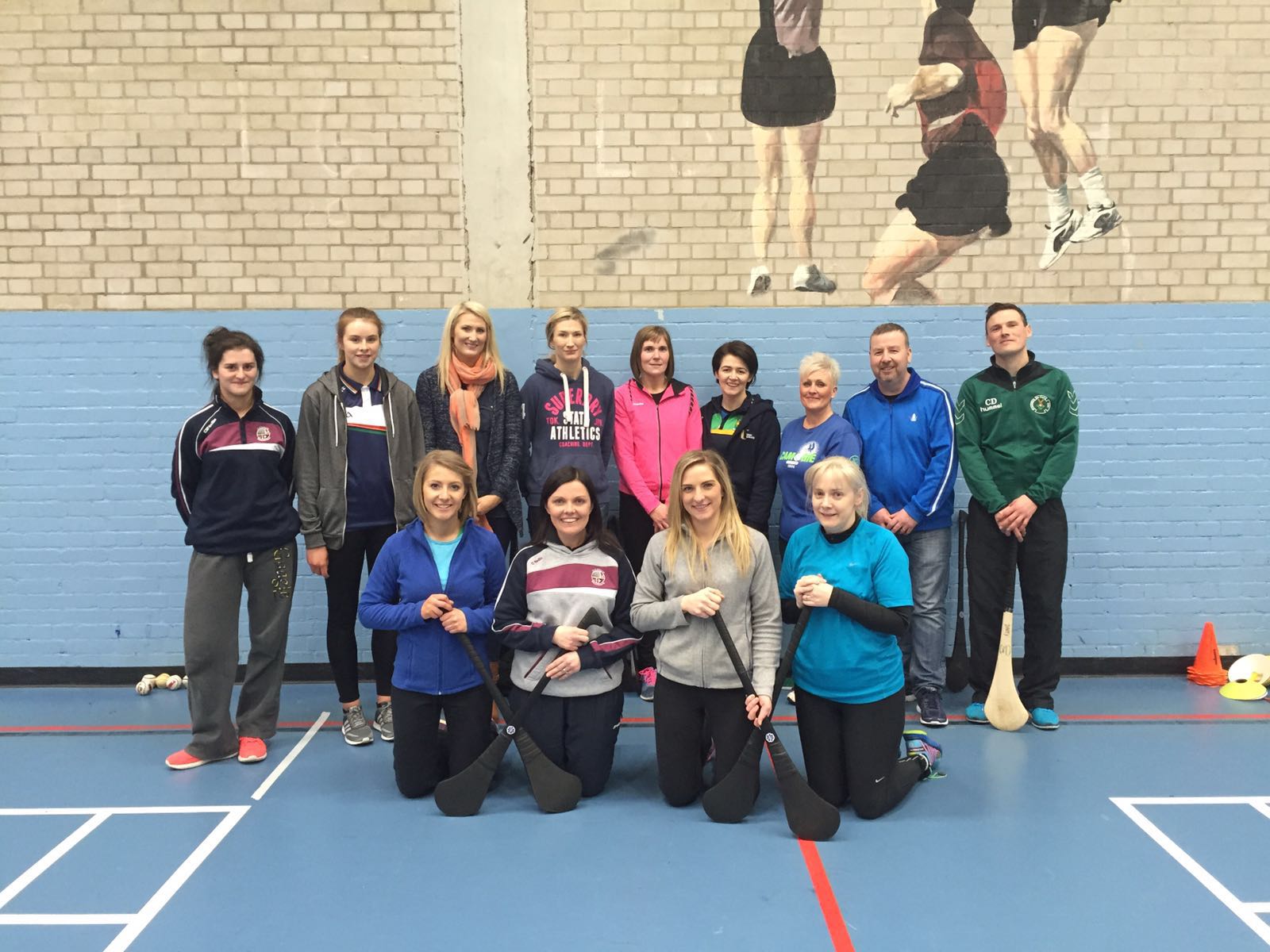 Camán Get a Grip in Na Magha Derry February 27th with tutors Lisa McAliskey and Brian Laverty.
Over 60 girls take part in Monaghan Blitz
Over 60 girls took part in the monaghan school blitz on Wednesday February 24th February in Toome. 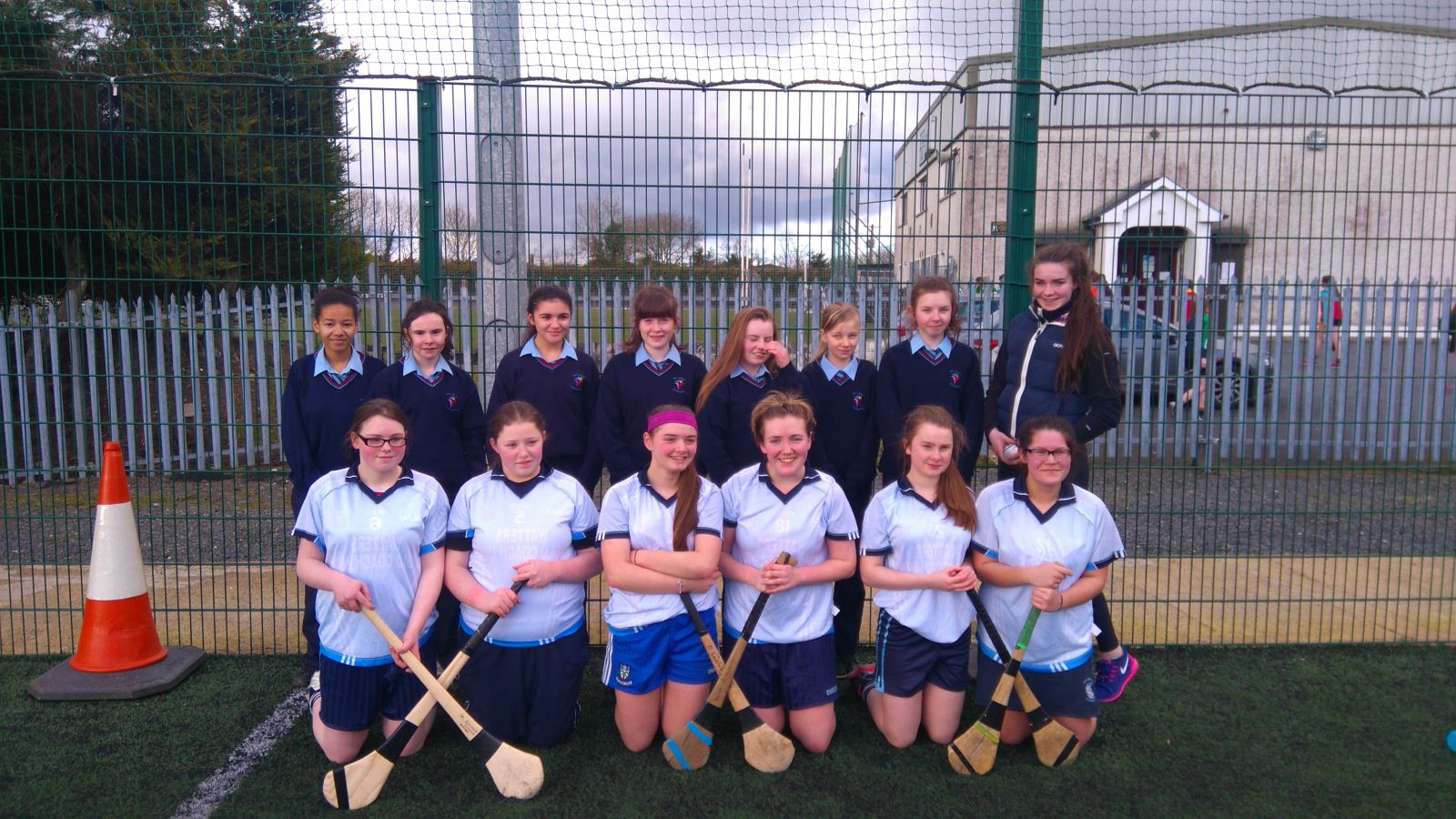 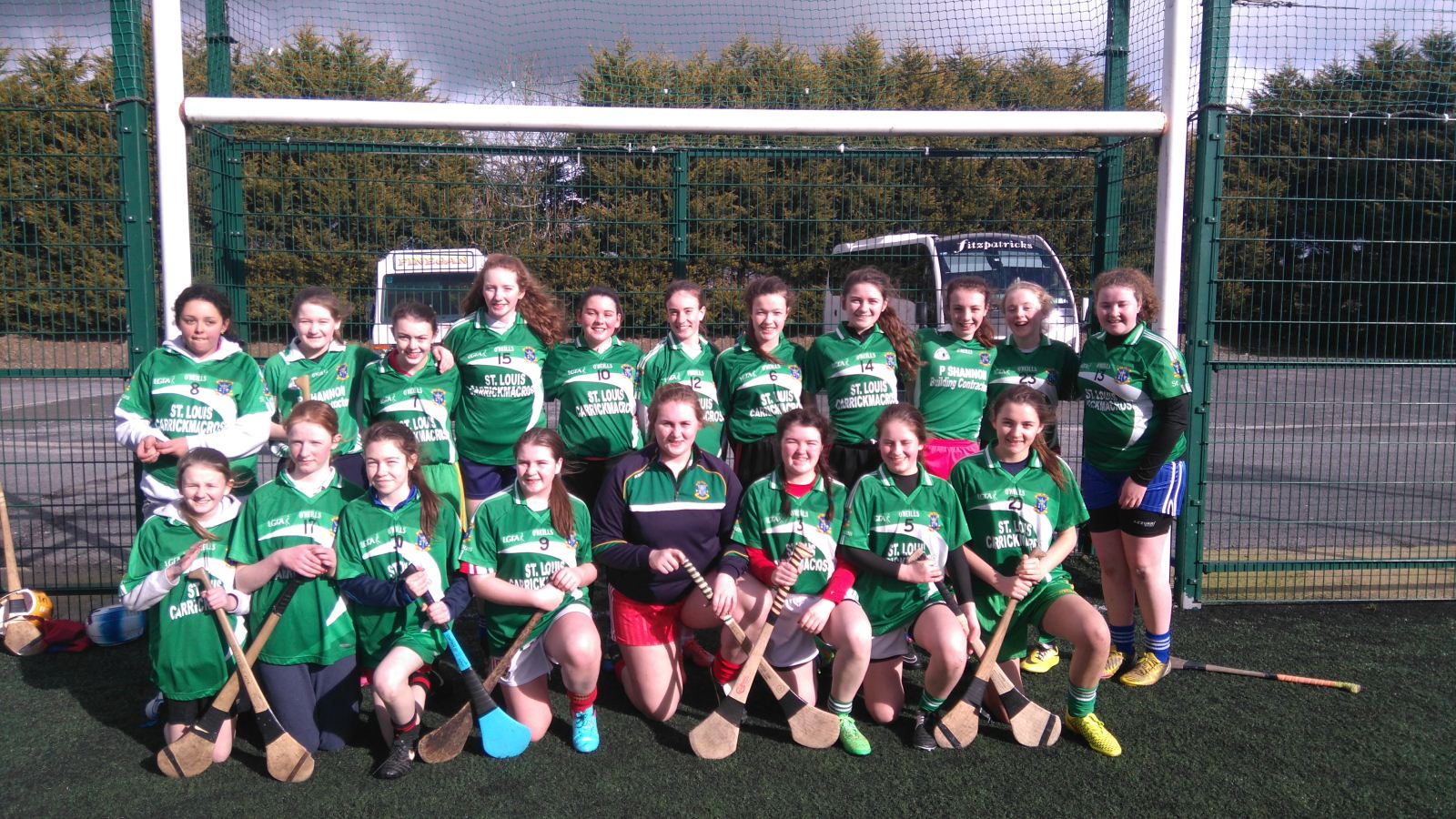 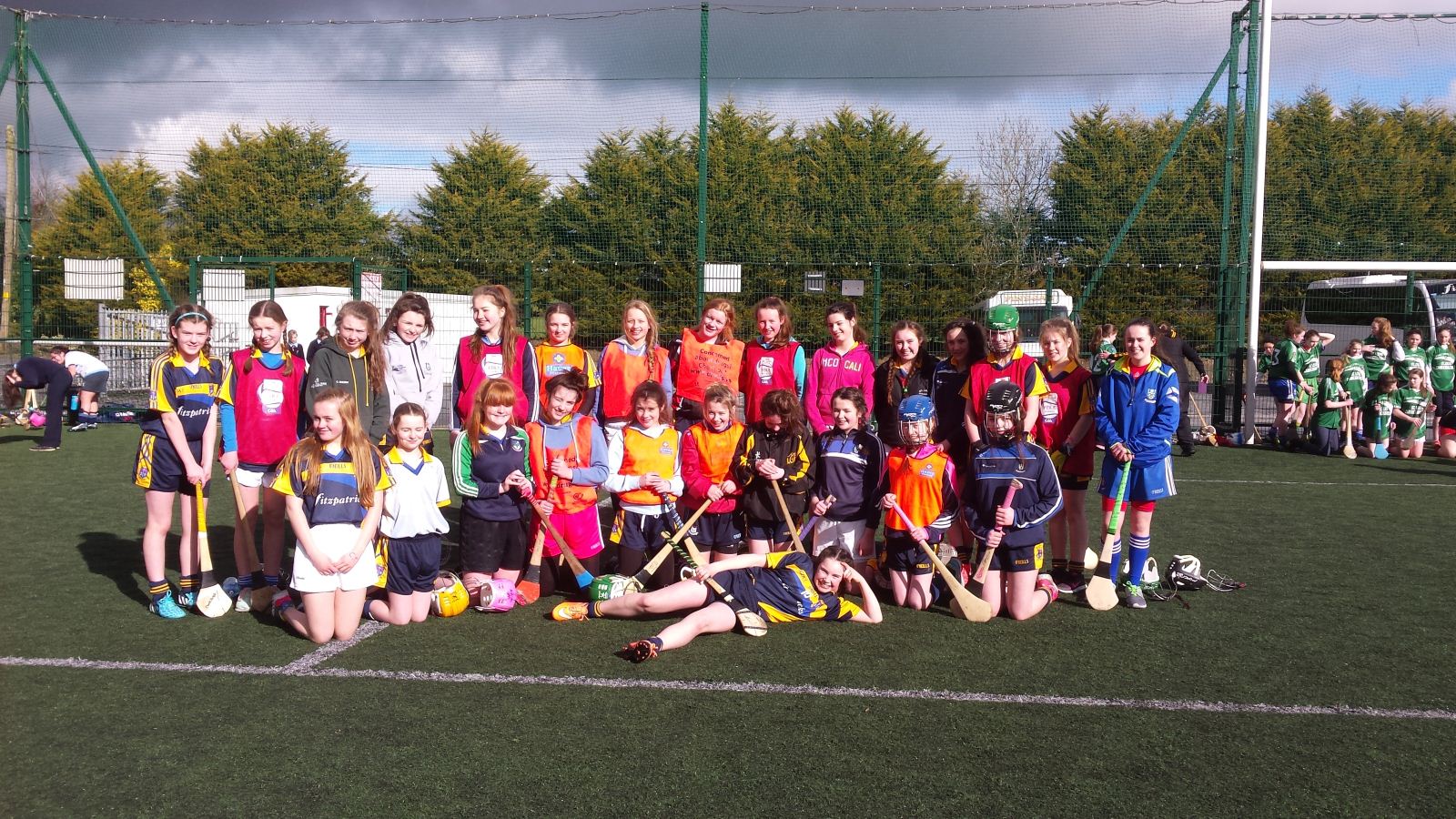 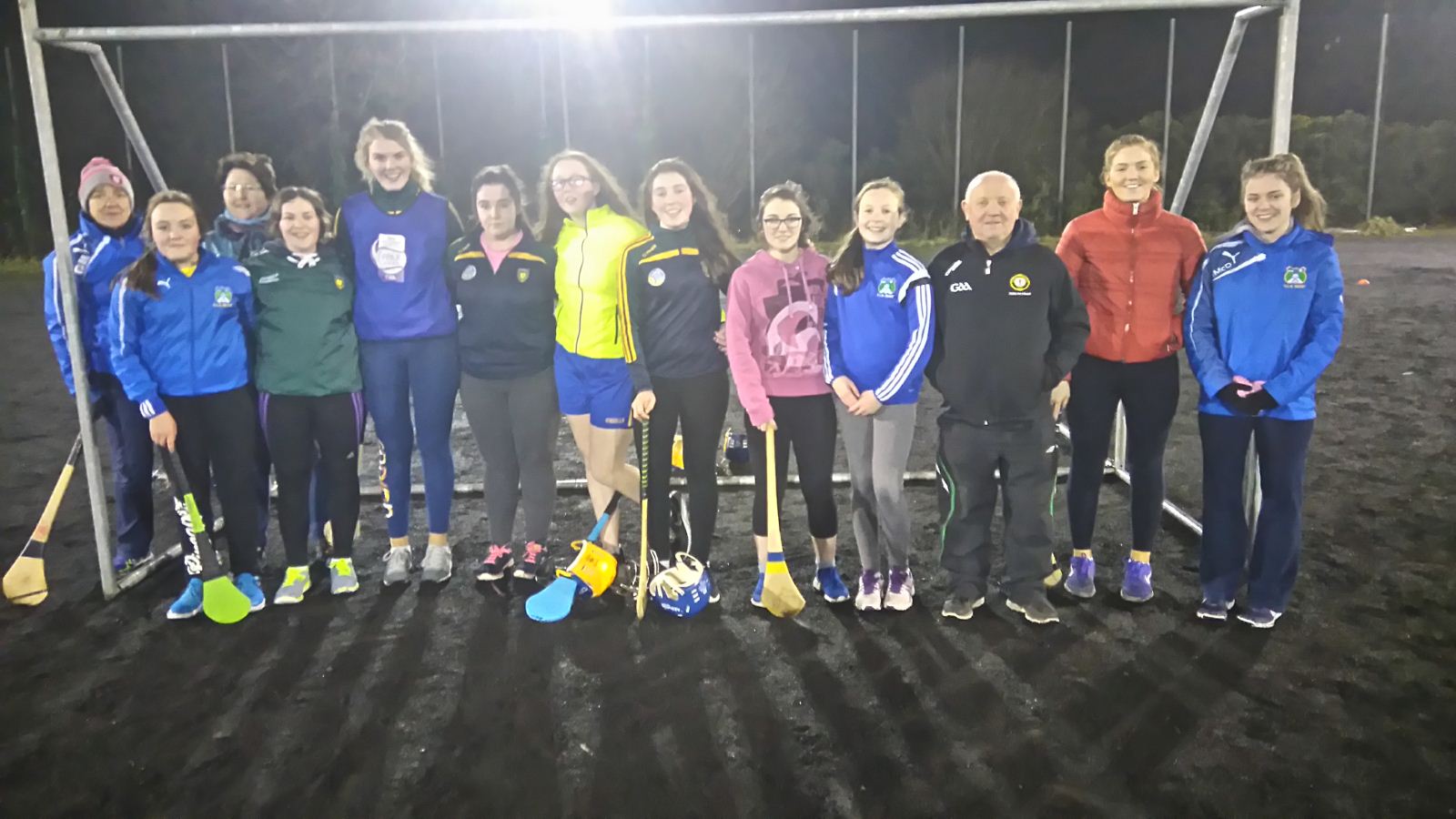 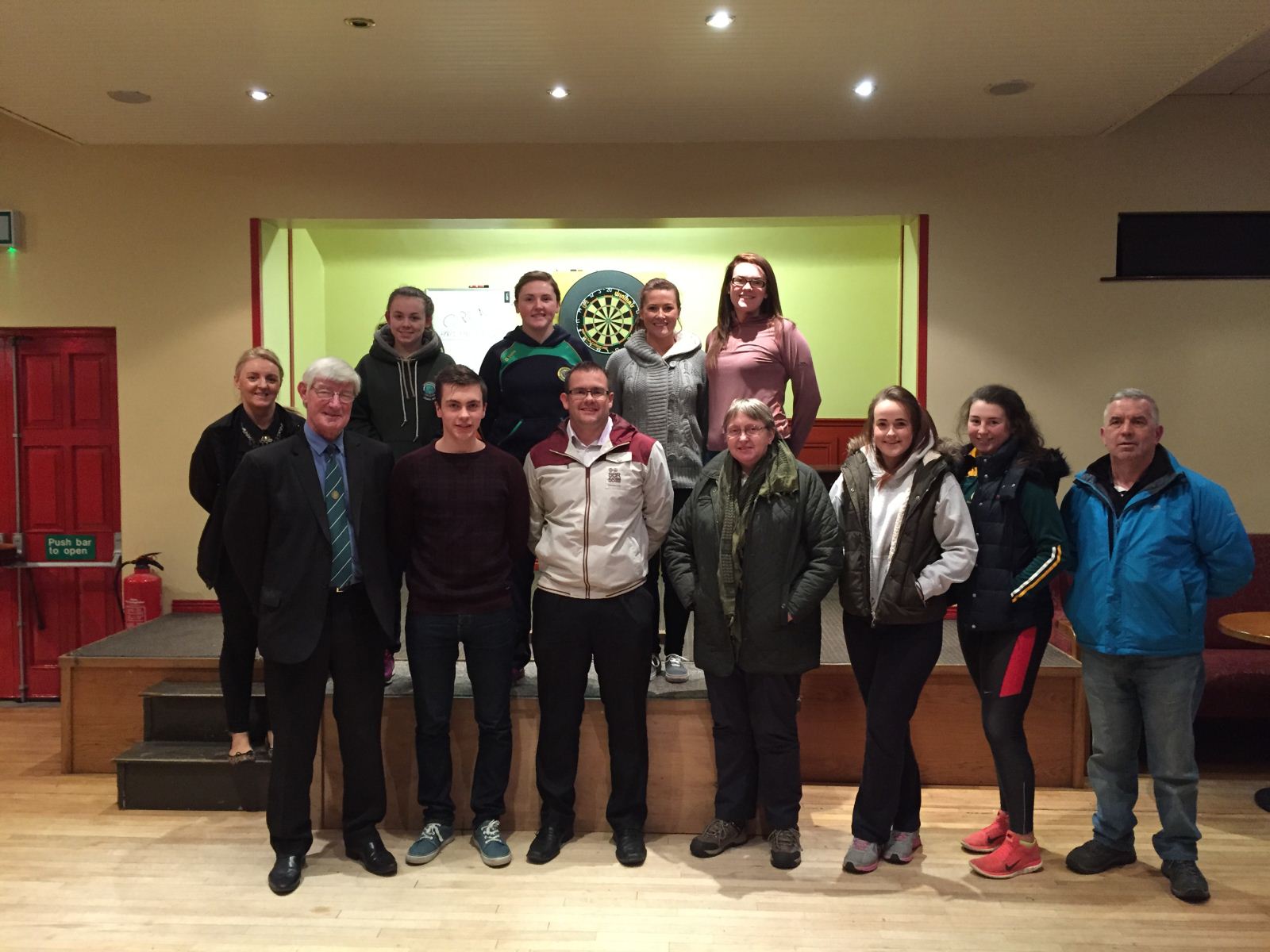 Tutor Frank McDonald with Ulster Camogie Referees from Down & Armagh. The course took place in Ballyholland Harps GAC with all referees keen to get started on their refereeing careers.
Cooper helmets Sponsor Camán & Run Relay Race
Thanks to cooper helmets for sponsorship of the Camán and Run Relay Race at the AIB Club Finals on March 6th. The winning team will receive 4 pink Cooper helmets on the day. The relay race will take place at half time of the AIB senior club final between Milford (Cork) and Killimor (Galway). 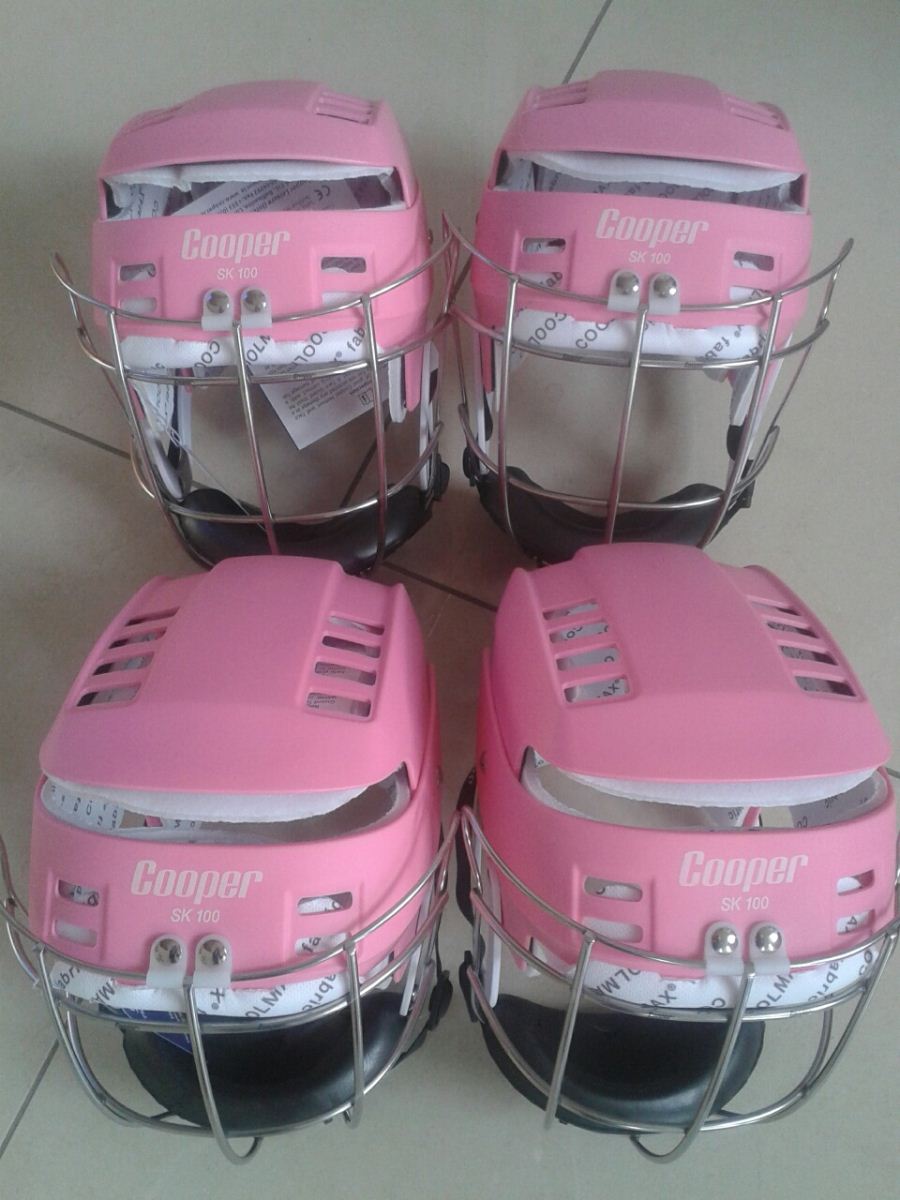 Prize on offer for Winning Team!