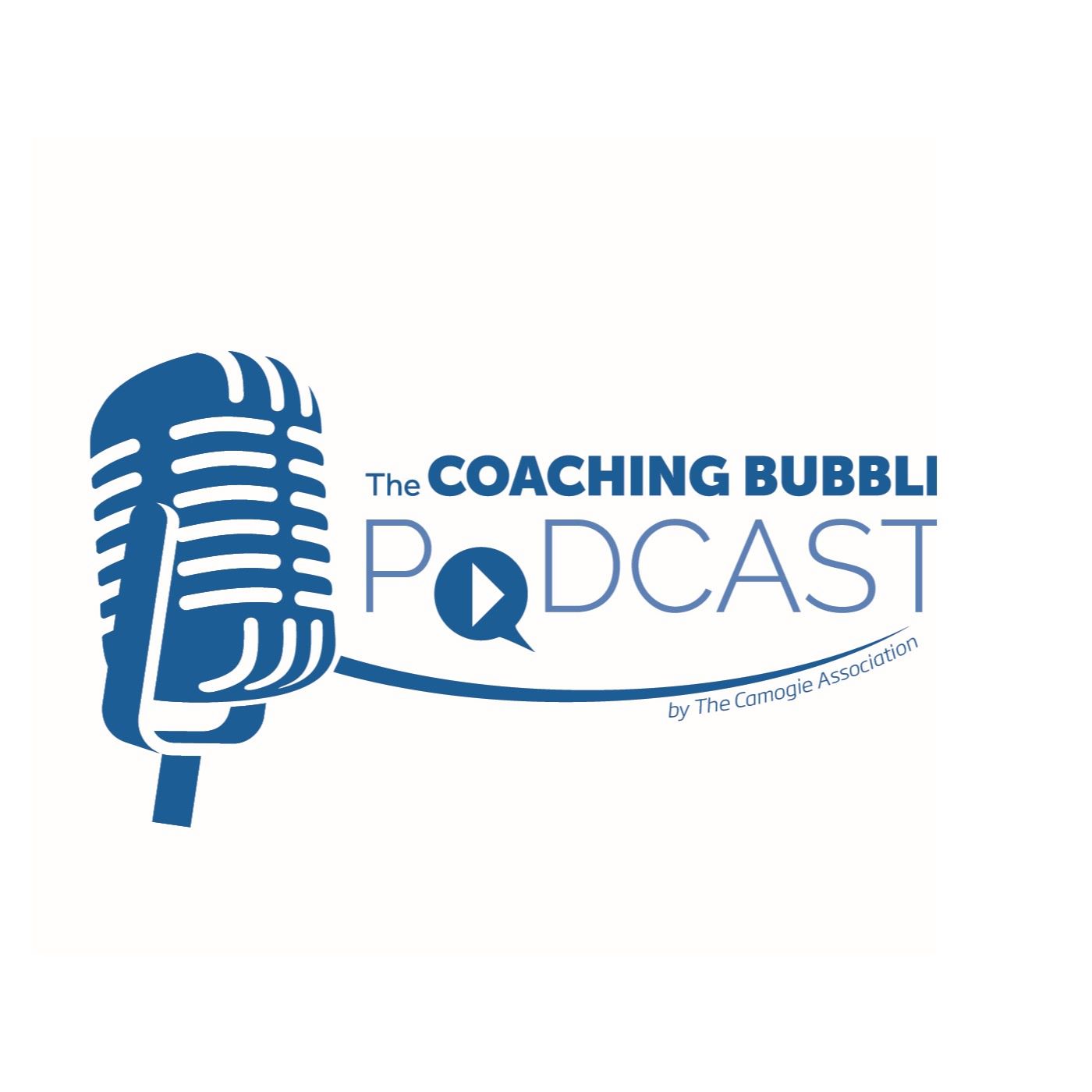 The Coaching Bubble Podcast brings you up-to-date with the latest content from the world of coaching!

Subscribe to the Coaching Bubble Podcast on Soundcloud HERE

Liam Moggan, ‘The Coaches Coach’, talks about his own coaching journey, the importance of planning and reflection and coaching the person and not the sport.

David Herity, five time All-Ireland winner with Kilkenny, chats about life under Brian Cody, his transition from player to coach while working with Dublin Camogie and the importance of empowering players.

Shane Keegan, former League of Ireland Manager with Galway United and Wexford Youths, talks about Player Development on and off the field and shares insightful thoughts on overcoming set backs as a professional football manager.

Ger O’Connor, Dublin GAA Coaching & Games Manager, chats about the importance of Coach Development within clubs and coaches being open to learning.

Nora Stapleton, Women in Sport Lead with Sport Ireland and former member of Ireland XVs squad and Donegal Ladies Football star, talks about mastering the fundamental skills and the importance of developing your club.

Dr. Dave Passmore, Coach Educator and Lecturer in Coaching Science & Education in Dublin City University, chats about his own Coaching Philosophy and the Story of Irish Hockey before World Cup Finals.

Mary O’Connor, CEO of the Federation of Irish Sport, and former Cork ladies dual star and holder of 12 All-Ireland Medals. Mary chats about her experiences of been part of one of the most successful sports teams of all time and the influence her coaches have had on her life.

Paudie Butler, Coach Educator and former National GAA Hurling Director, chats about the steps of development for the person and their skills, and talks passionately about releasing the potential in every person.

Matthew Wilkie, Head of Coach Development with the IRFU, chats about the process for developing coaches and the importance of the Coach/Athlete relationship.

Seán Boylan, Meath GAA legend and a four time All-Ireland winning manager, gives some wonderful insights and stories from throughout his journey during his 23 years at the helm of Meath Football. A must-listen for all coaches of all sports.

Denise Martin, Lecturer in Sports Performance Analysis in Technological University Dublin, outlines how all coaches can bring the elements of performance analysis to their coaching process and the importance of feedback and how it is delivered.

Colin Griffin, two-time Irish Olympian and strength and conditioning coach, chats about how he is using his own experience as an athlete into his coaching style and on bridging the gap from academic research to practical application in a real-world setting.

Owen Mooney, National Coach & Sport Development Co-ordinator with Special Olympics, chats about building relationships, developing coaches and the importance of learning from others.

Dr. Séamus Kelly, is a Lecturer in the UCD School of Public Health, Physiotherapy and Sports Science. Séamus talks about the importance of organisational structure, reflective practice, and how the power of a coach’s core beliefs can impact on a team.

Paul Kilgannon is a teacher, coach, Sports Coach Educator and author of ‘Coaching Children in Sport – The Carver Framework’. Paul gives insights to the Carver Framework, outlines the importance of working together as a coaching team, and how he believes coaching is all about relationships

The 2020 DCU Coaching Masterclass is reviewed by Dr. Dave Passmore & Dr. Áine McNamara. They outline the key learnings from all of the speakers across the weekend and outline plans for future events.

Wayne Goldsmith is an international sports coaching expert who has influenced the coaching, thinking and teaching of some of the world’s leading athletes, coaches and teams including the United States Olympic Committee, Sydney Roosters NRL, Tennis Australia, Australian Rugby Union/Wallabies, Singapore Sports Council, Swimming South Africa, United Kingdom Sports Institute, Sport New Zealand and more. On the show Wayne talks about giving the athlete the power of choice and knowing your ‘Why’ in coaching.

Tommy Dunne is a coach with the Tipperary Senior Hurling team. The 2001 Tipperary All-Ireland winning captain has also coached the county’s minors and the Under 21s. Has strength and conditioning qualifications from his study and work with Setanta College in Thurles and has completed a master’s degree in sports performance in UL. On the show Tommy talks about his own coaching journey and how coaches can take confidence through education.

Dr. Phil Kearney is a lecturer & lead with the University of Limerick’s MSc in Applied Sports Coaching course, and co-founder of Movement & Skill Acquisition Ireland. Phil is passionate about skill acquisition and inspiring the next generation of sport scientists and coaches to apply the core principles of skill acquisition in the development of athletes. On the show Dr. Kearney talks about the power of questioning in your coaching and gives some tips on how to build your coaches toolbox.

Nick Winkelman is the Head of Athletic Performance & Science with the IRFU. On the show Nick highlights the importance of the language we use as coaches and speaks about silence being a coach’s best friend.

Dr. Orlagh Farmer is a lecturer in Sport Education and Cork Ladies football star. On the show Orlagh chats about how to create an open coach learning environment and the importance of knowing your players as people, as well as athletes.

Wade Gilbert is an international Premier Coach Educator and Coach Scientist. On the show Wade outlines the importance of coaches embracing learning and advises coaches not to limit themselves and to connect with other sports and other coaches.

Niall Corcoran is the current Laois Senior Hurling Coach and a former Dublin Senior Hurler. On the show Niall talks about his transition from player to coach and the importance of all sessions having a purpose.

Steven Poacher is one of Ireland’s most innovative Gaelic Football Coaches. On the show Steven shares his coaching philosophy and outlines the importance of each member of the team reaching their full potential.

Jon Mackey is the Canoeing Ireland Performance Director and a WAKO Kickboxing Coach. On the show Jon outlines how we as coaches have the responsibility to help athletes be the best that they can be, and the importance of not seeking recognition as a coach.

Alan Keane is the Head Coach with the Great Britain Under 20 National Basketball Team. Alan outlines the importance of facilitating players, making sure that they are at the centre of what you do and how to narrow the focus of your session plans to get best from your session.

Colm Crowley is the founder of Coaching the GAAme, a platform that shares ideas on coaching in Gaelic Games. On the show Colm talks about how every child deserves quality coaching and the importance of just letting the children play.

Graham Byrne is the Fitness Manager at the Sport Ireland Campus and Head of Fitness & Nutrition with Wexford GAA. On the show Graham highlights the importance of building on the fundamentals from an early age and how to adapt as a coach to the needs of the team, while also being able to help the players individually.

John O’Sullivan is an author, speaker and founder of ‘Changing The Game’. On the show John outlines how coaches, athletes and parents can become better leaders & build values based youth sports teams.